Caribbean Dreams in the Paintings of Antoine Molinero

The artist, whose name may remind you of notorious French painter and photographer Pierre Molinier, is not a fetishist or surrealist. Born in Aubagne in Provence in 1948, Molinero initially was a dancer who worked with acknowledged masters of choreography such as J. Lazzini, S. Golovin, and R. Nureyev. Molinero fully devoted himself to fine arts at the age of 32. Having started with abstract paintings, the artist came to expressionism in his Caribbean series. He resides in Saint-Martin and exhibits in Paris, New York, and Montreal. His profit from exhibitions Molinero donates to the humanitarian association "Handicap International." 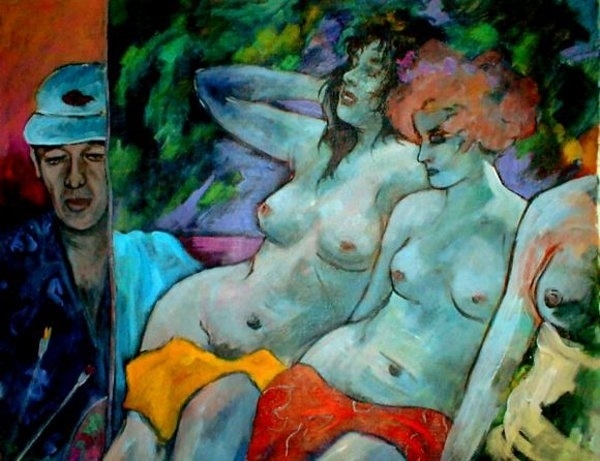 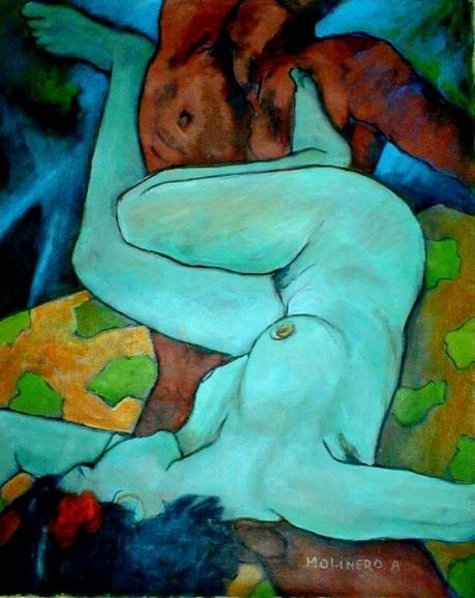 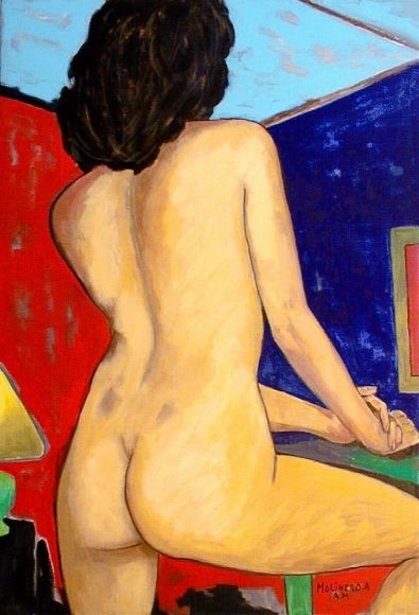 Bright pictures of Molinero are stylistically close to fauvists and post-impressionists. Their exotic content makes us recall the works of Paul Gauguin (especially Haitienne), though Molinero doesn't find it necessary to compensate his vivid set of colors with saturnine ideas. His sets like Muse and Eros contain traditional interpretations of females as goddesses and sources of temptation (the one in his Corrida (fig. 7) is apparently a Southern variation of Carmen). Caribbean Eve is still Eve, but the apple is replaced with a grapefruit (fig. 5), which historical name, by the way, was "forbidden fruit." Interestingly, Molinero depicts the same model as Salome (fig. 8) and Anais (fig. 9). The second name belongs to an Iranian goddess associated with fertility, healing, and wisdom. If we compare the two images, we'll see that Salome demonstrates the figure close to the femme fatale stereotype as the woman seems to be secretly watching someone, while the composition of Anais Caribbean makes it look more like an icon because different objects (plants) are grouped around the woman as if they were the attributes of a deity. 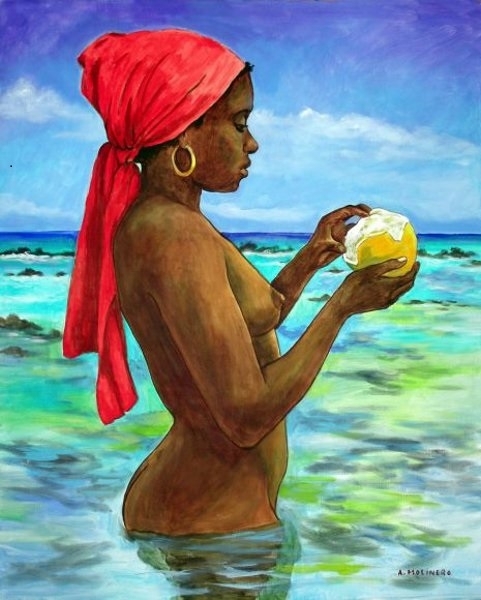 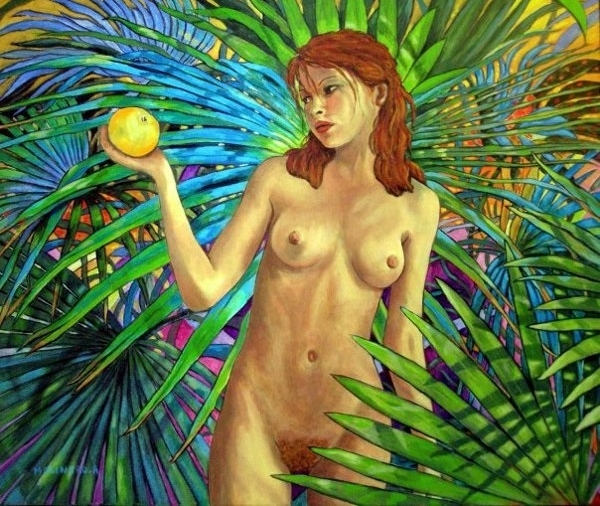 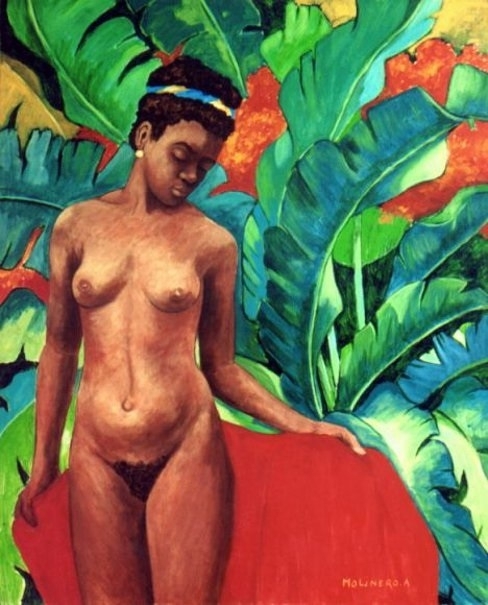 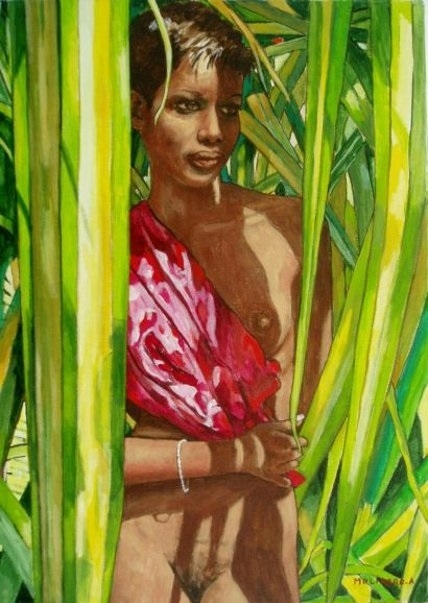 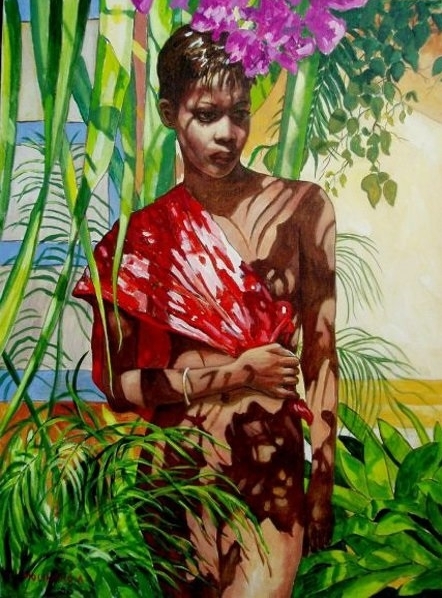 Females are a dominant motif of Molinero's works. For the artist, they are connected with eros and inspiration, while males don't seem to present in his works at all (at least, we didn't find any). Some of the paintings look like classic studies (Classic Soul, fig. 10), while others can be associated with sketches and paintings of modernists like Klimt. The character from Molinero's Dream (fig. 13) makes us recall the heroine of Danae and also the masturbating women of Klimt's drawings (fig. 12). Besides, many females are portrayed as odalisques, the maidservants in harems, who were a popular subject of fine arts in the 18th and 19th centuries. 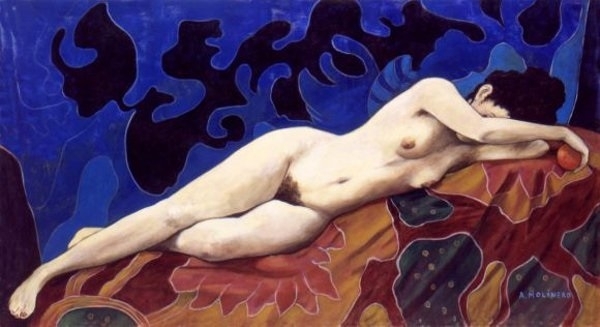 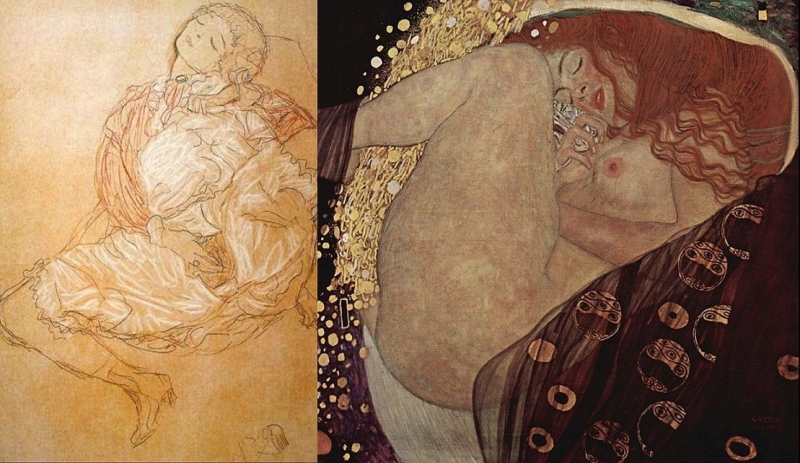 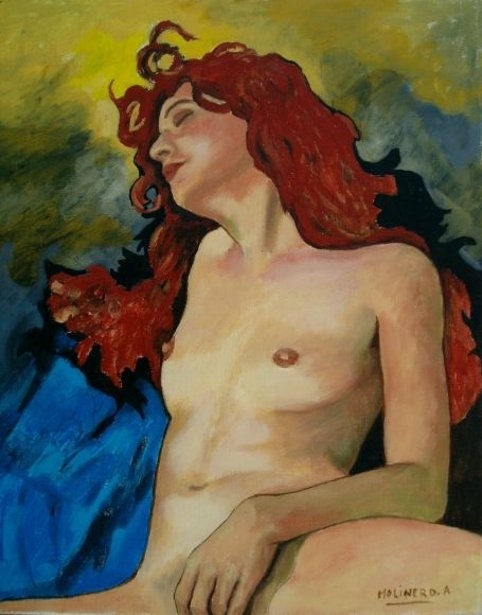 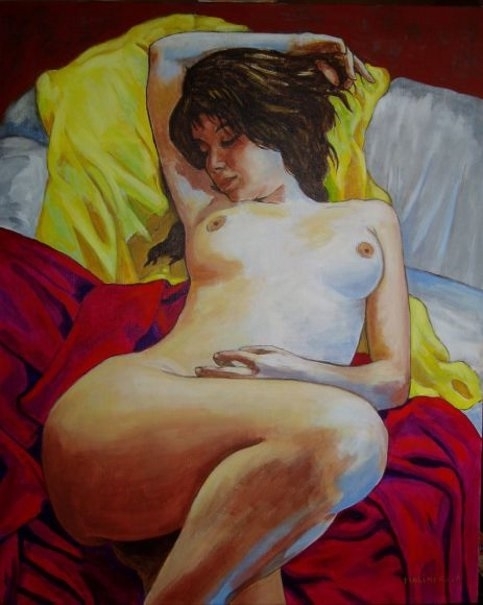 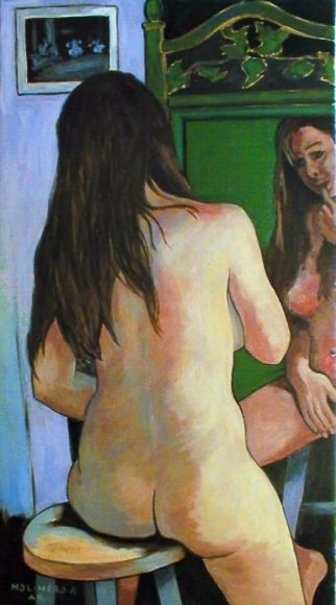 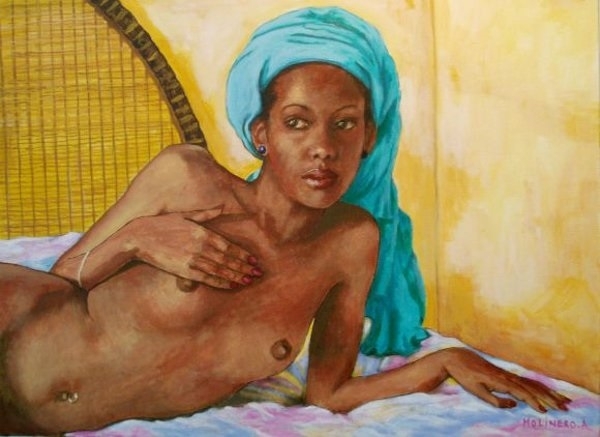 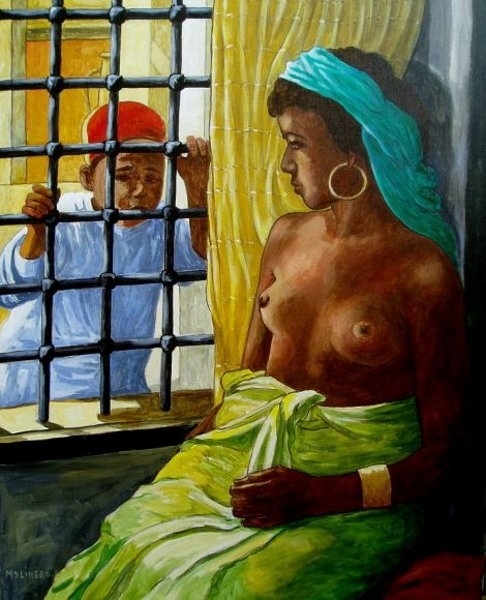 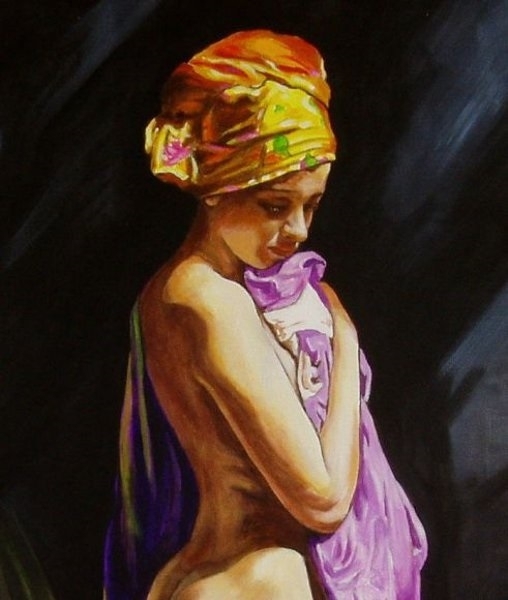 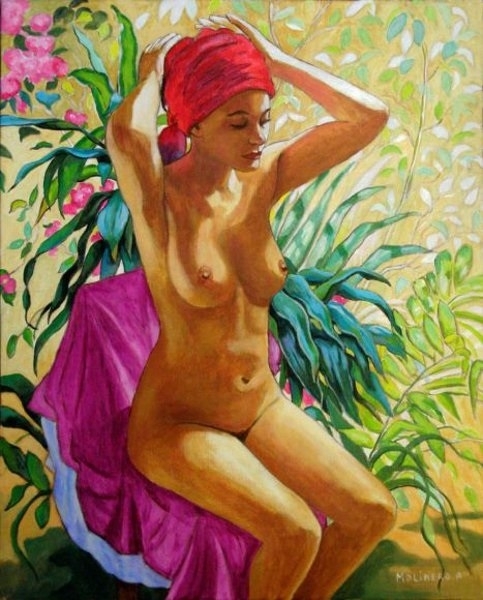 Fig. 19. In the Yard (conchigliadivenere.wordpress.com) 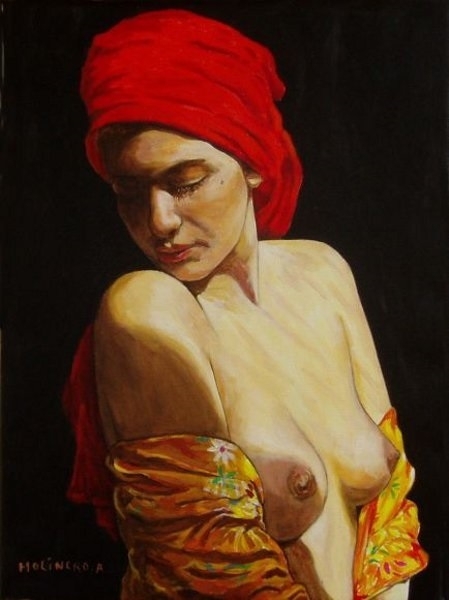 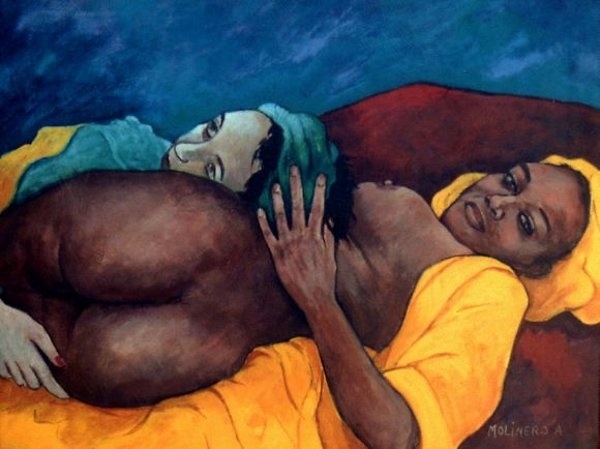 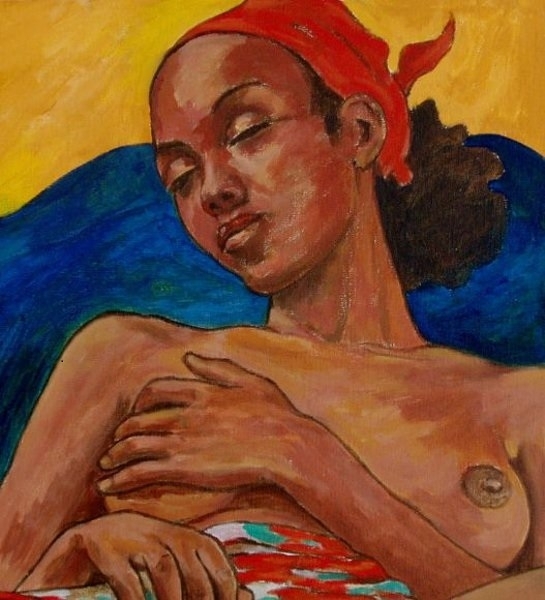 In his images, the artist drifts from a more realistic to a more fauvistic manner, which depends on the concept of the series. In Muse, for example (fig. 23, 24), it's more imaginative and expressive than in the Caribbean that shows us definite people in the exotic but real context. Molinero often places his models in the same setting or even depicts one model in a different age, as he does in Doudou in the Garden (fig. 25) and Little Doudou in the Garden (fig. 26). The example of Molinero allows us to understand the ambiguity of genre. Tropical plants in his works are depicted in an expressionist manner, but the Southern nature itself is expressionist and can't be presented any other way if the artist wants to demonstrate it as real. At the same time, the Caribbean paradise can be regarded not only as a geographic area but as a place in the artist's mind, though he can watch it from the window. Both the images of women and the South conceptually follow Western romanticism with its' adherence to exotic. Actual space conveyed to the work of art becomes distant and abstract, non-existing, just like the place from the poem "Kennst Du das Land" by Goethe. Among Molinero's paintings, there are depictions of his studio and himself at work. This way, the artist shows us the place where his exotic journey begins. Portraying a naked woman along with himself, Molinero demonstrates to us the muse who makes this journey possible. 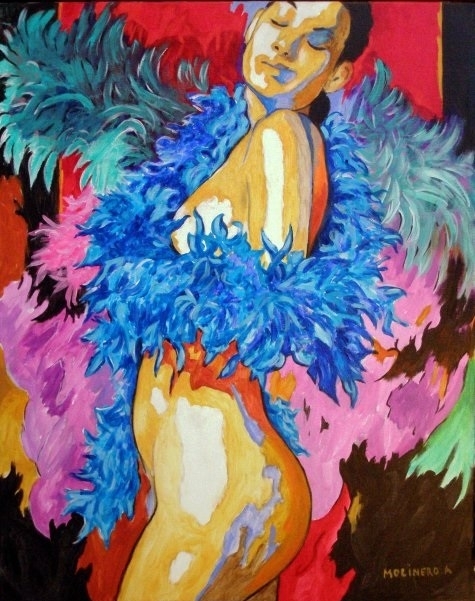 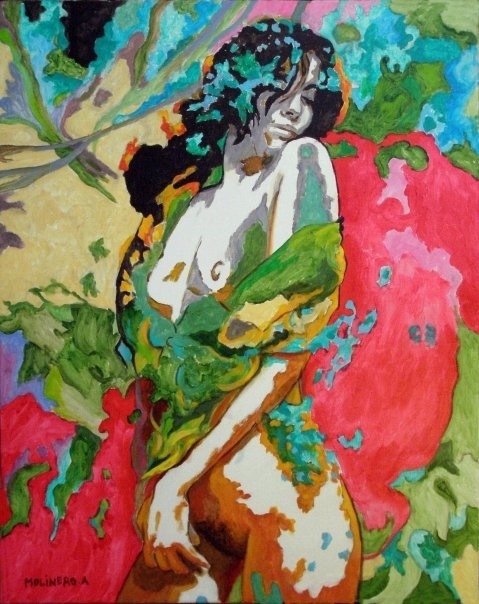 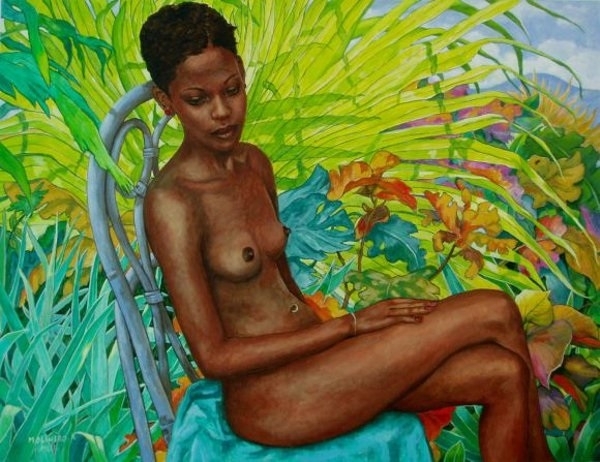 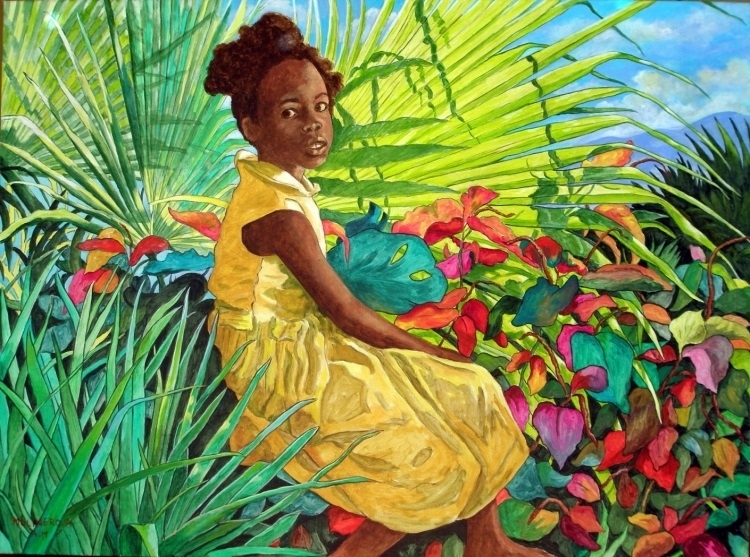 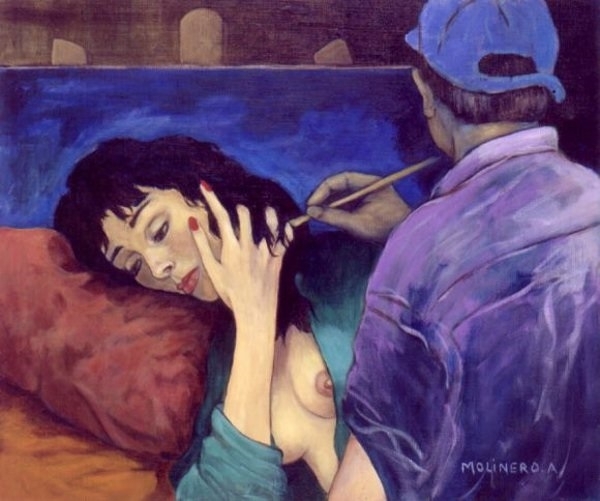 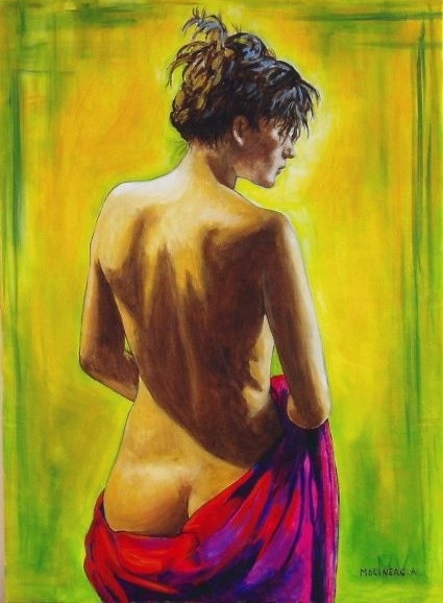 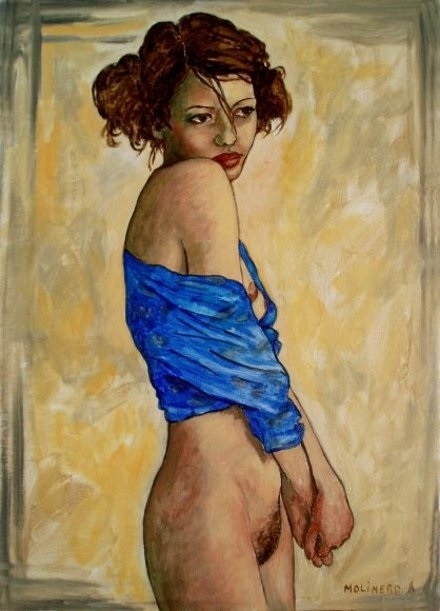 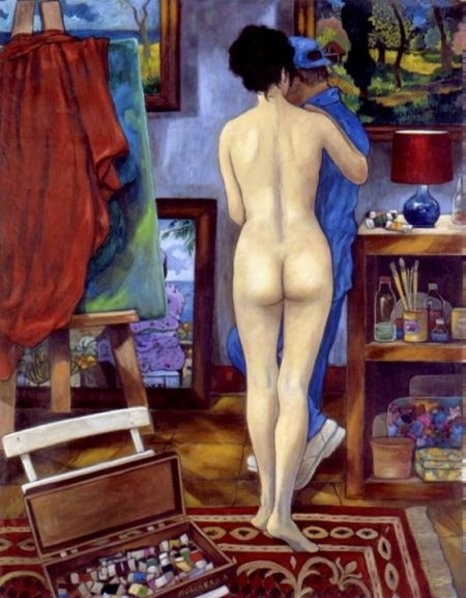 Some of these paintings of black women are absolutely wonderful. My wife is very dark skinned (Sri Lankan mix with Southern Indian) and although most of the black models here appear Caribbean and North-African these capture that essence of her colour so well. Good to see a range of hues too!

Thanks Paul. Yes, Molinero's paintings radiate a tremendous feeling for atmosphere and people.