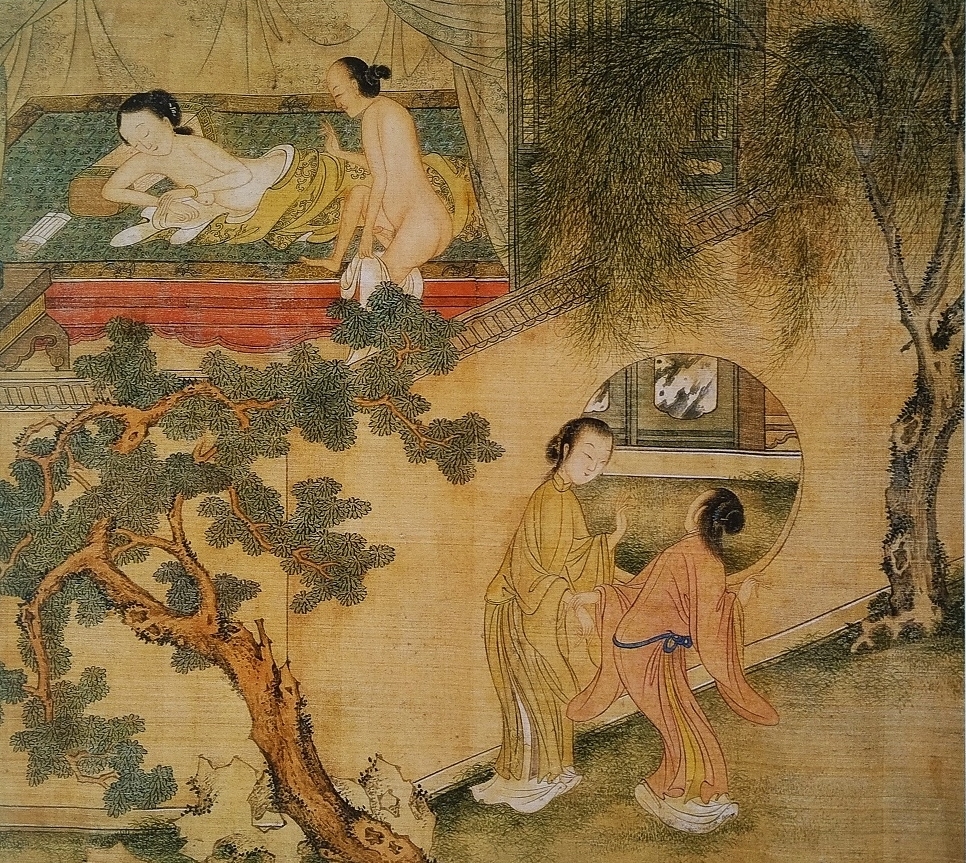 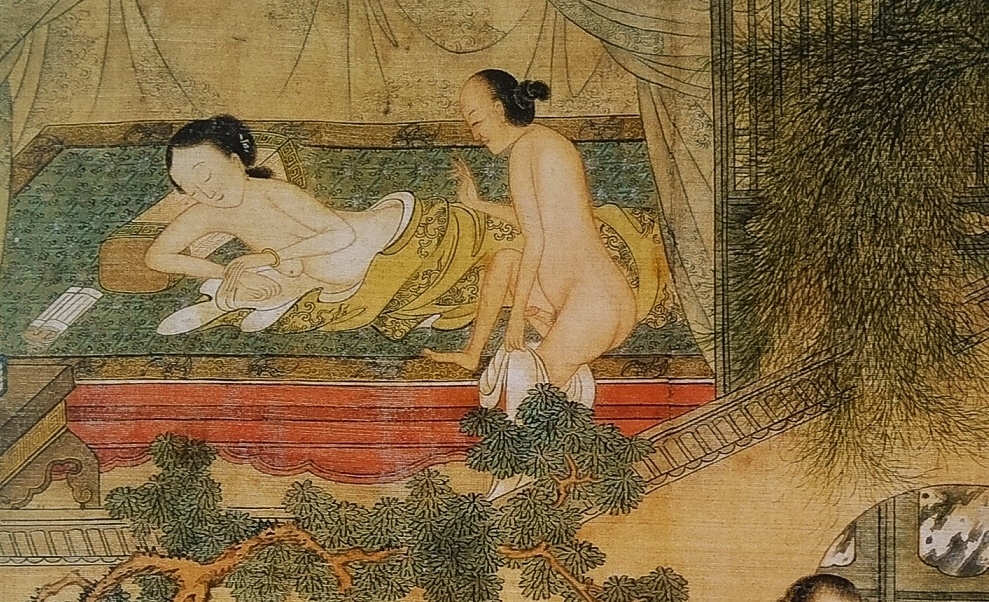 The compositions have a static structure. Soft colors are translucent and harmoniously matched. Only the black, which also has a color function in Chinese painting, is opaque. In addition to the figures, much attention is paid to the environment. The moss and grass areas are very finely watered. See also the beautifully detailed pine tree in the eleventh image. It is striking that several times thinly painted landscape screens are depicted. 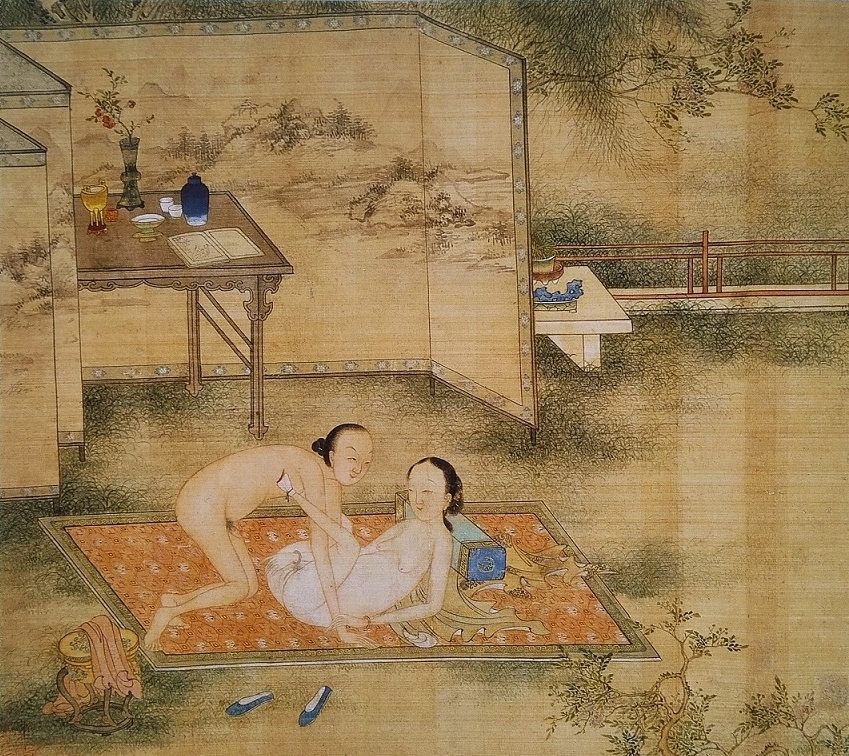 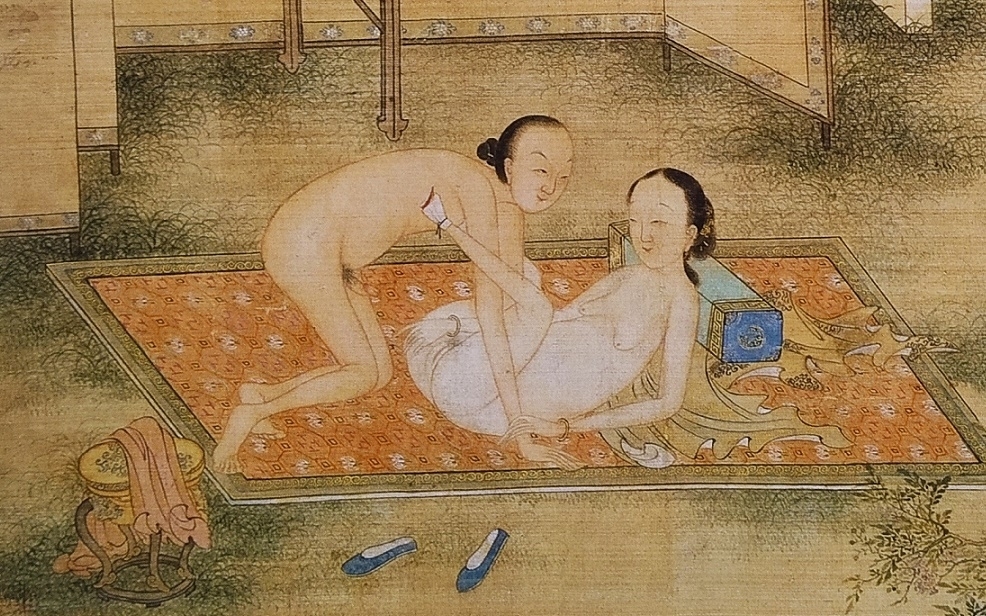 The artist shows a deep interest in this. He reveals an inner balancing act. With one foot he stands in the respected world of the literate, where writing, poetry and knowledge of the Classics predominate, with the other he stands in the much less valued world of crafts. Like many of his talented colleagues, he probably failed his Imperial exams. Nevertheless, he undeniably possesses theoretical knowledge and artistic skills. By fate, however, he is forced to perform artisanal work, often at the behest of wealthy merchants, who are themselves illiterate. Most of the erotic albums have come about from this background. 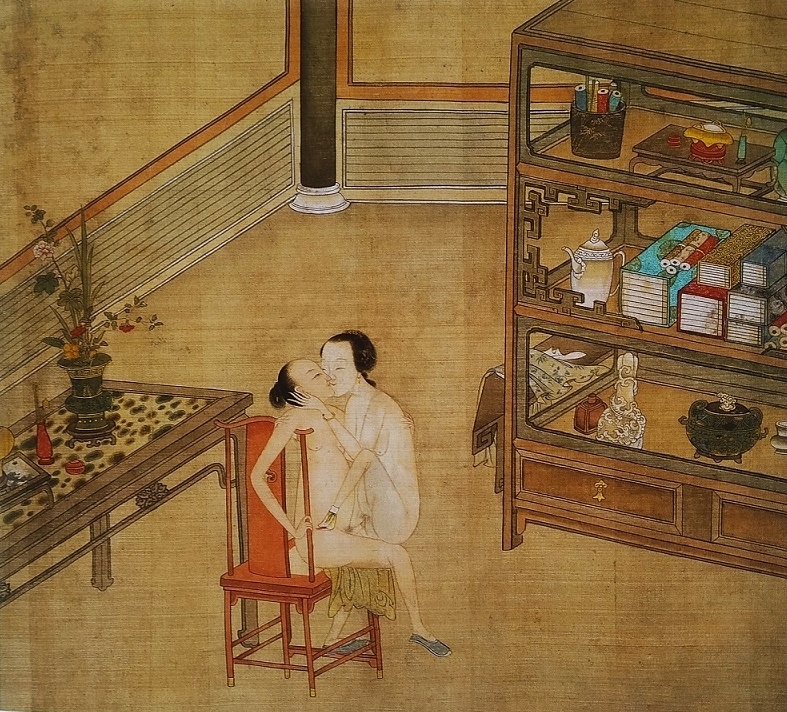 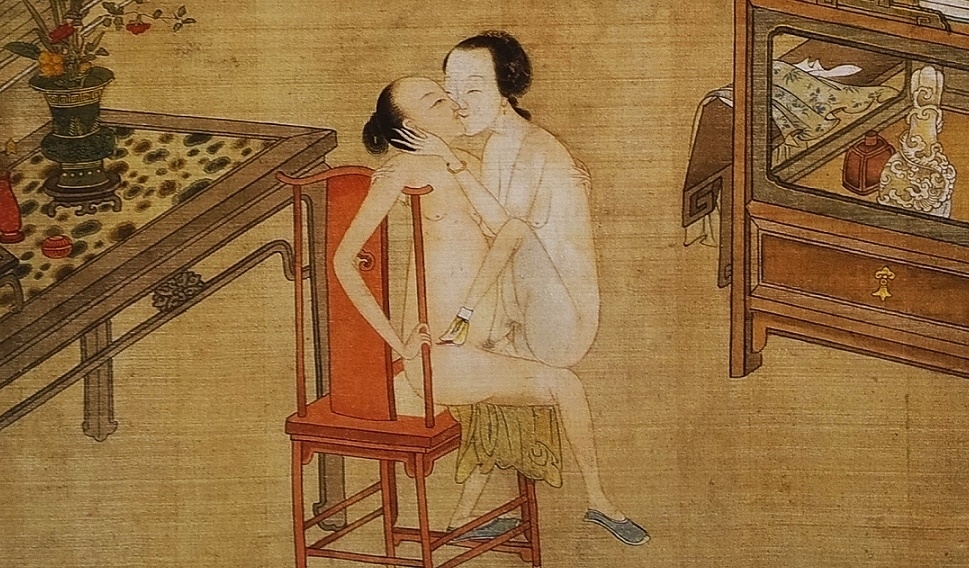 Especially after the Qianlong period (1736-1795) shocking changes take place in Chinese society. The opium wars lead to widespread impoverishment and the state exams are lapsed. There is also no more money for the civil servants, but they still know how to handle a brush. The album is signed by the painter Xu Guan. 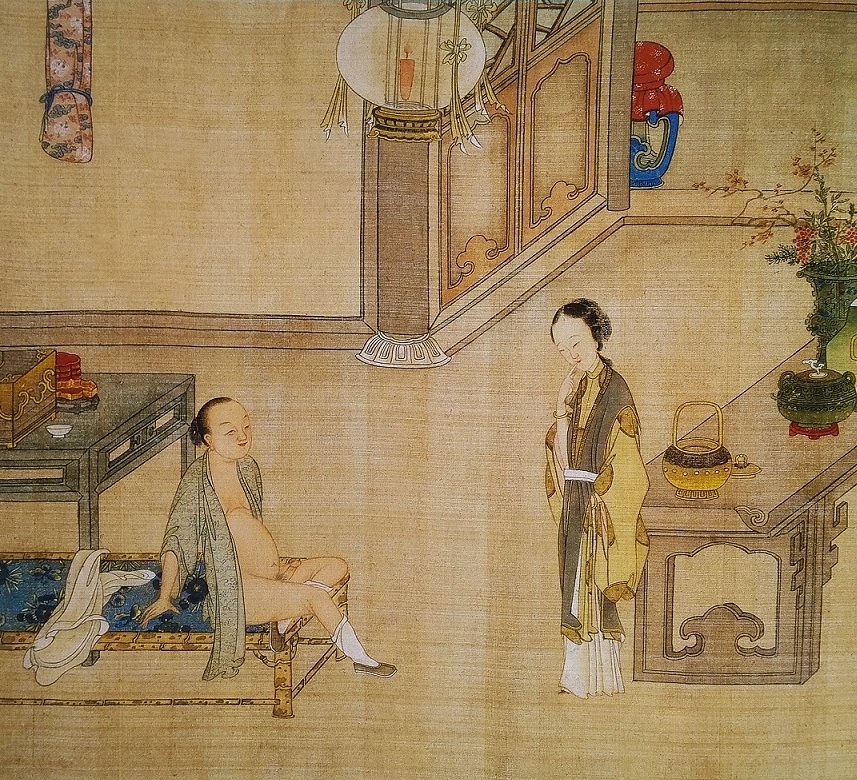 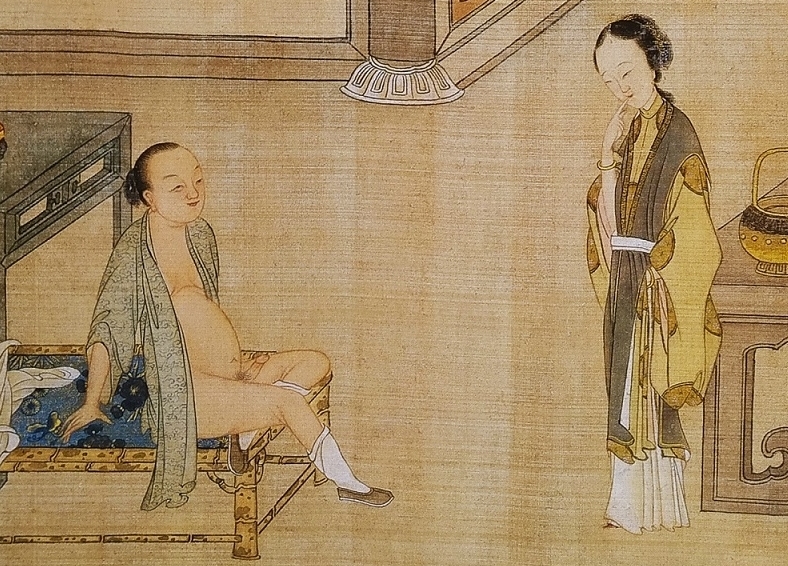 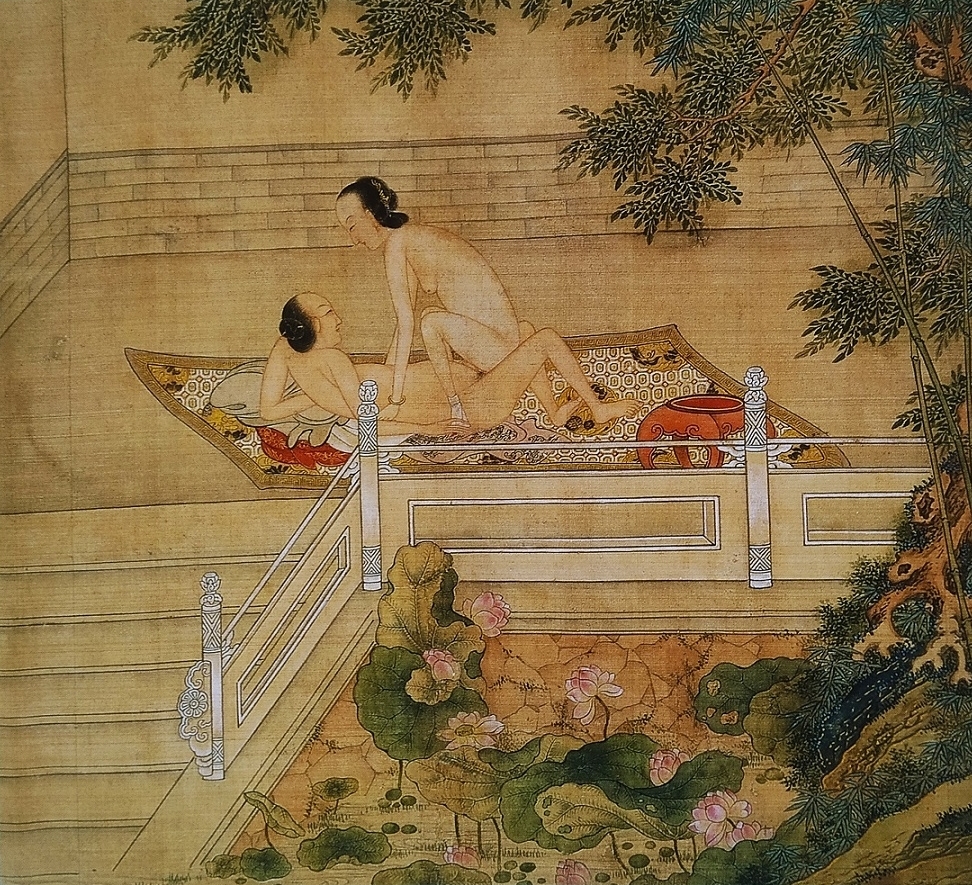 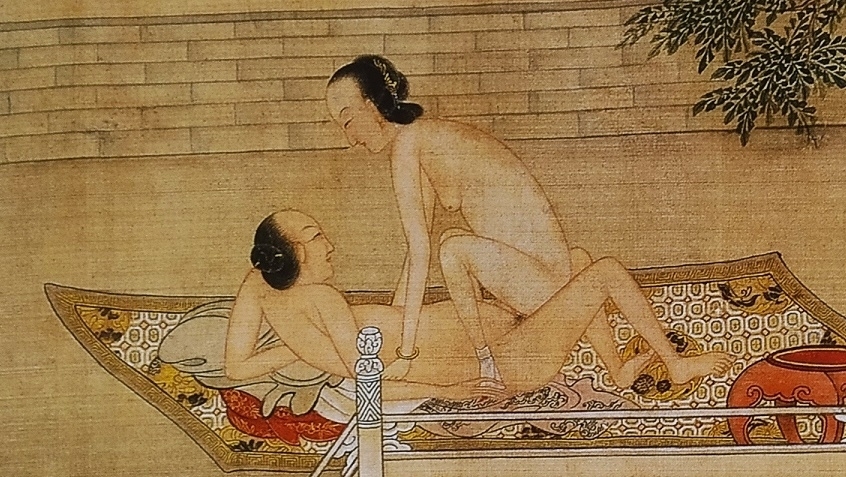 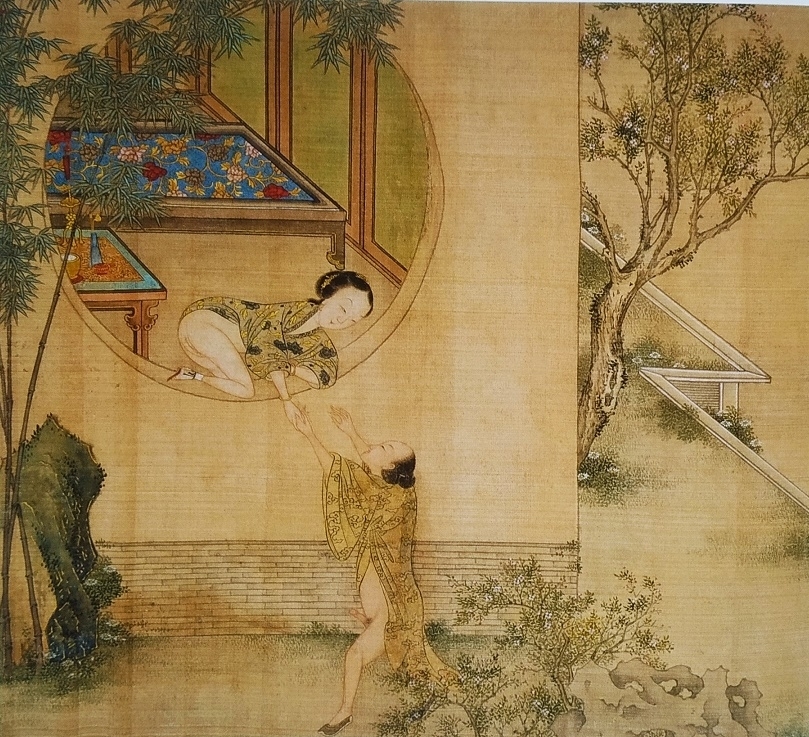 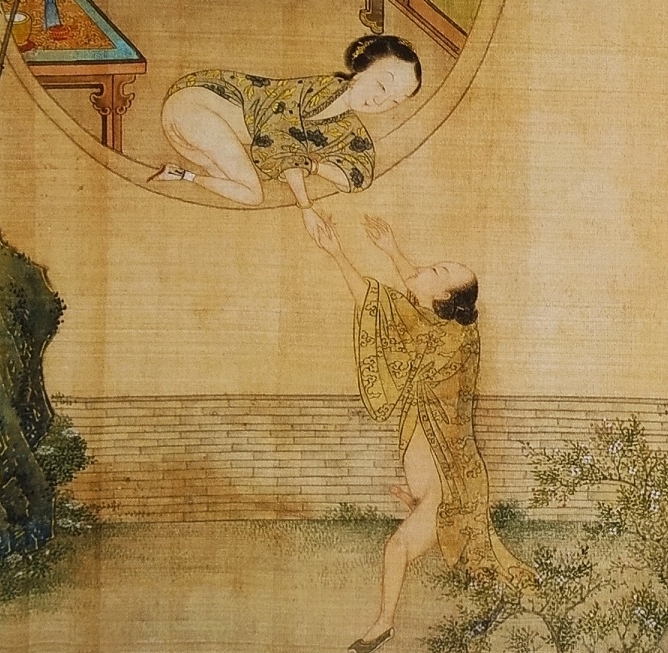 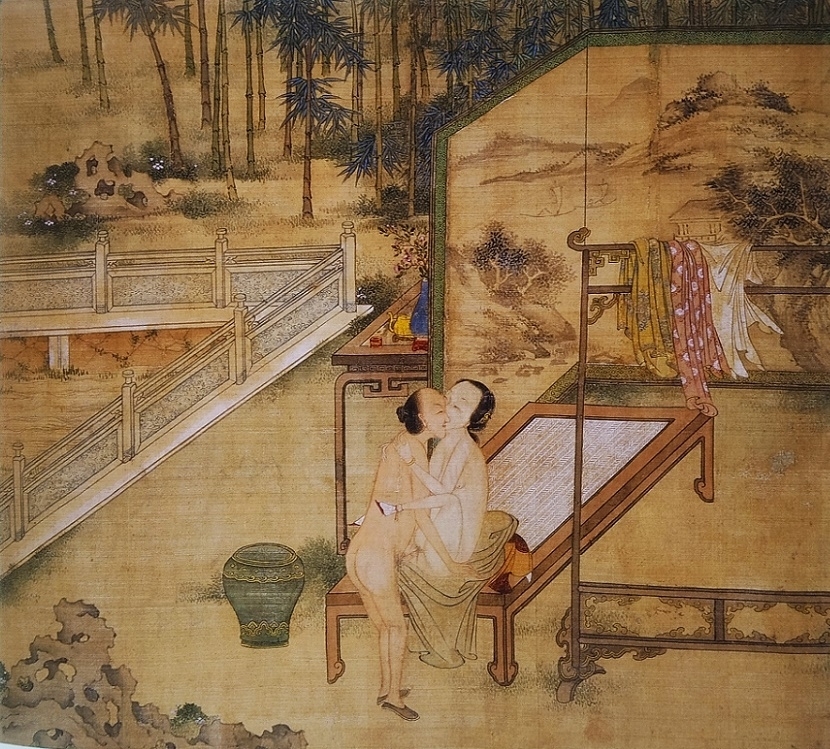 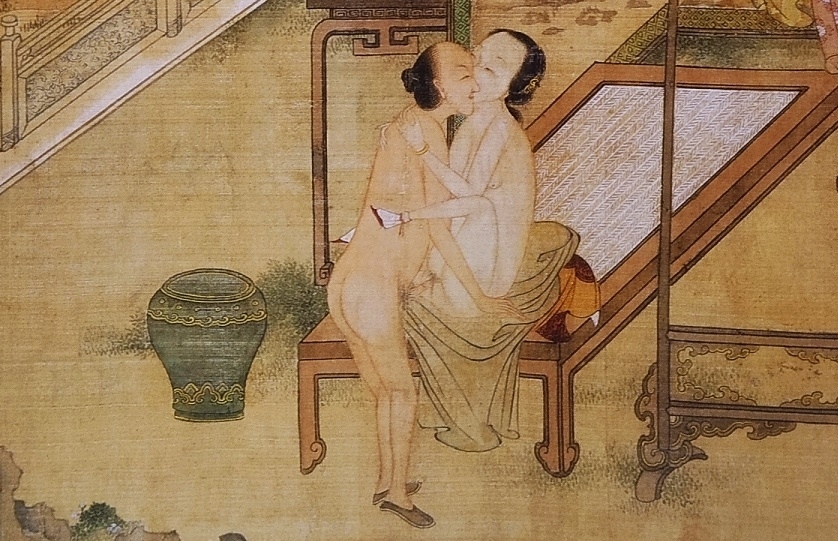 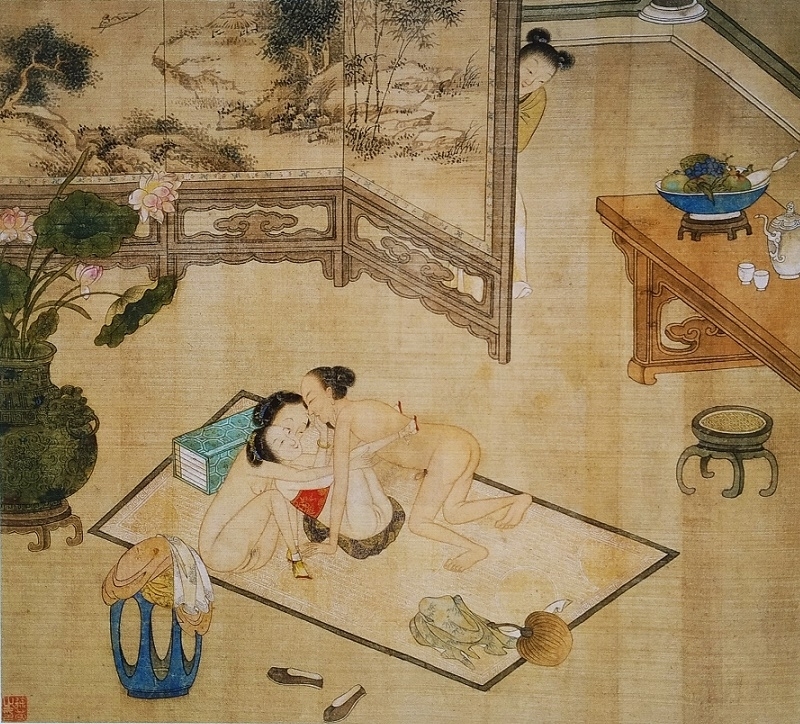 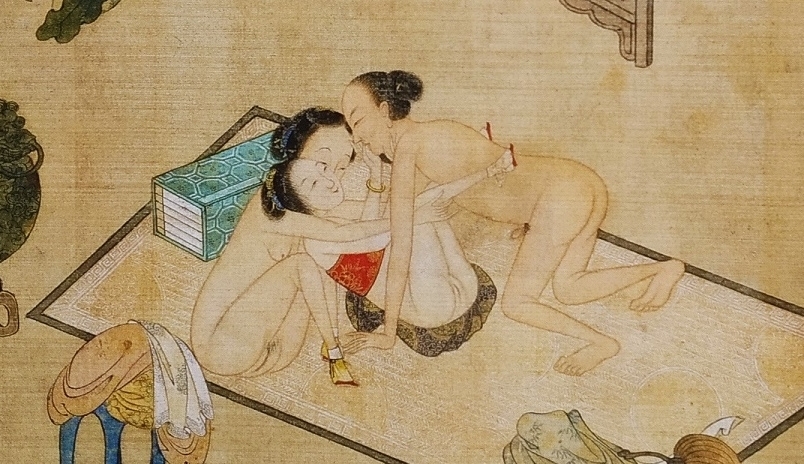 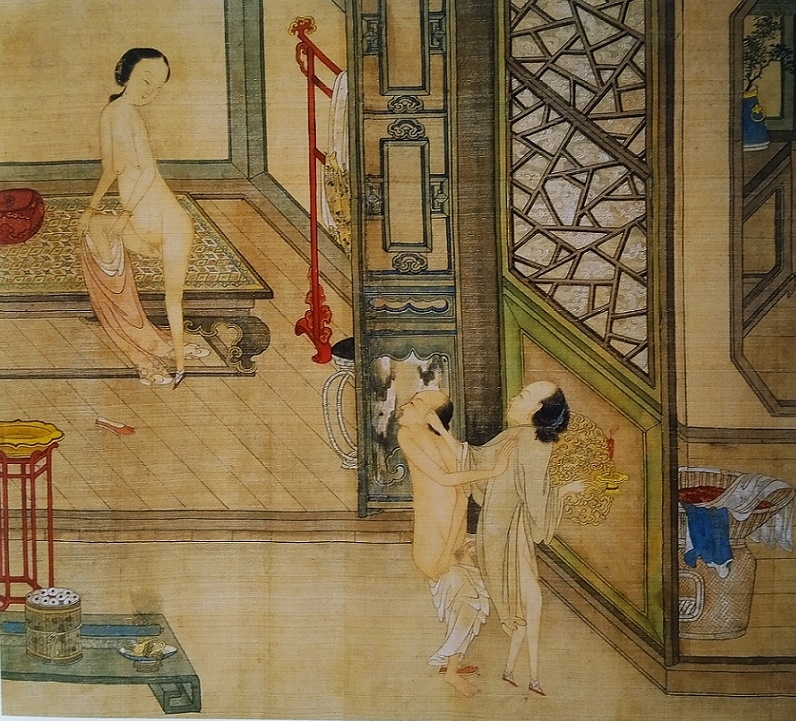 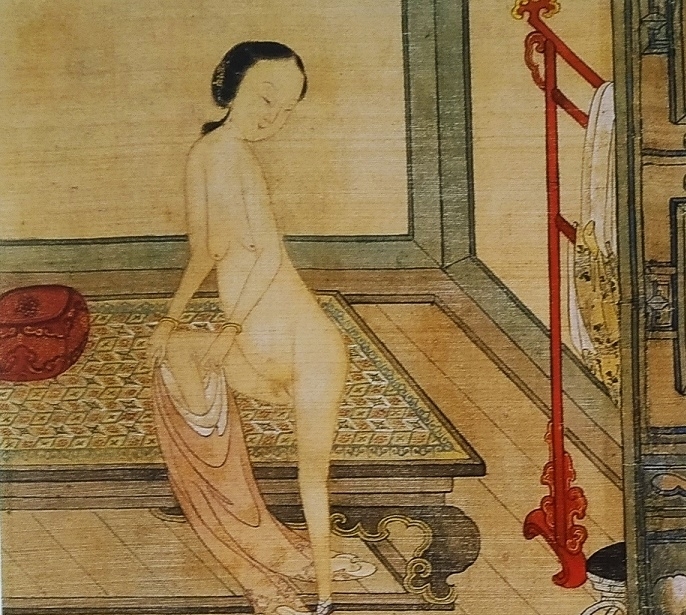 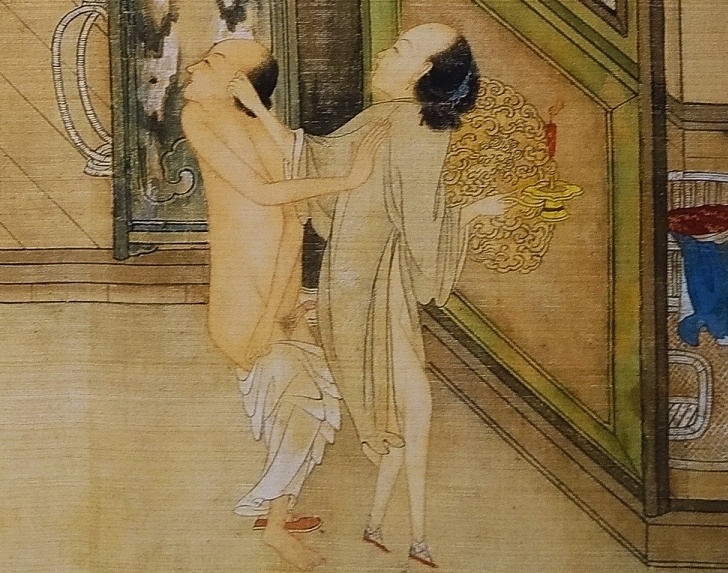 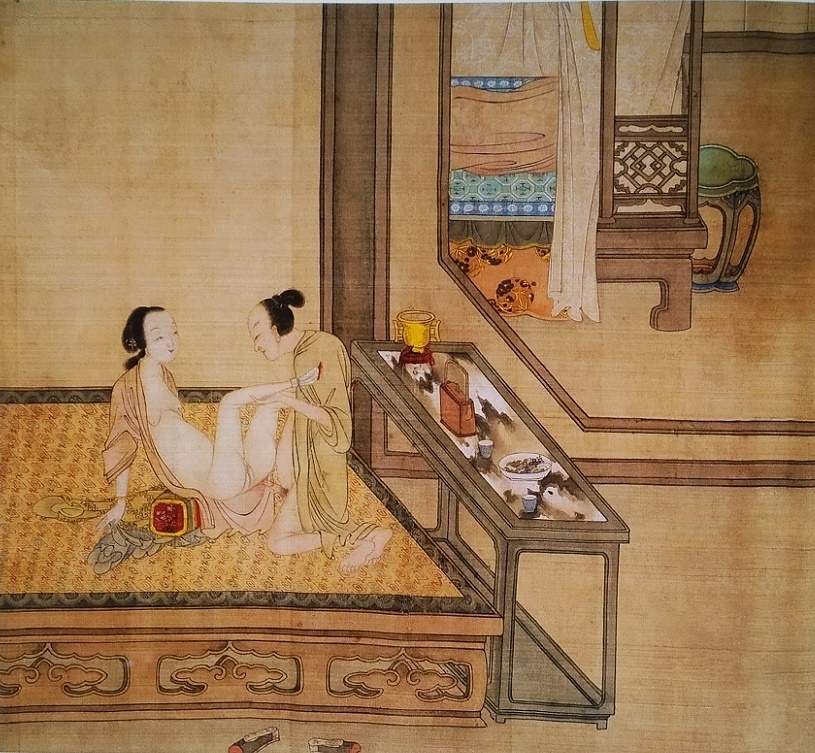 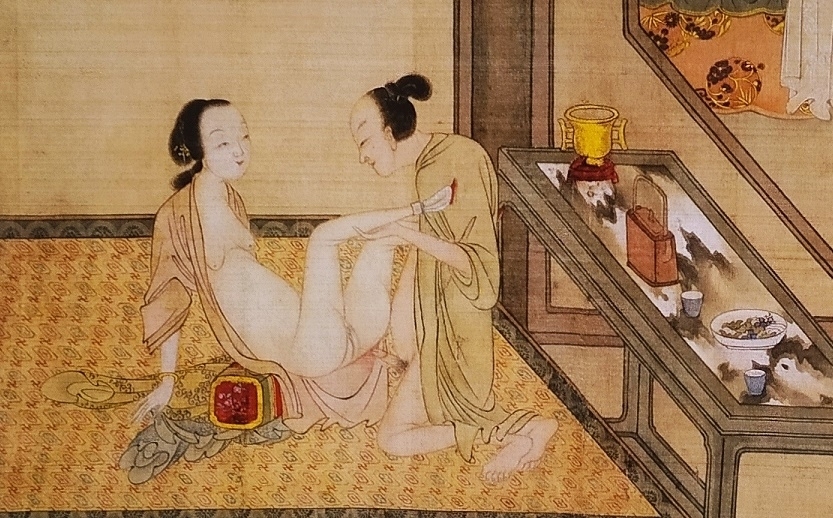 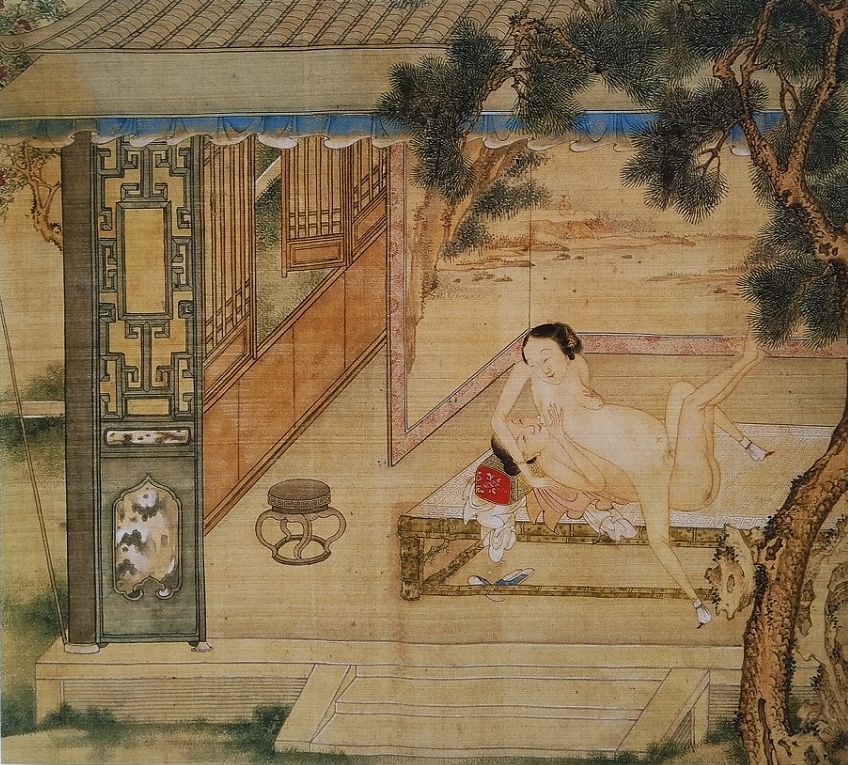 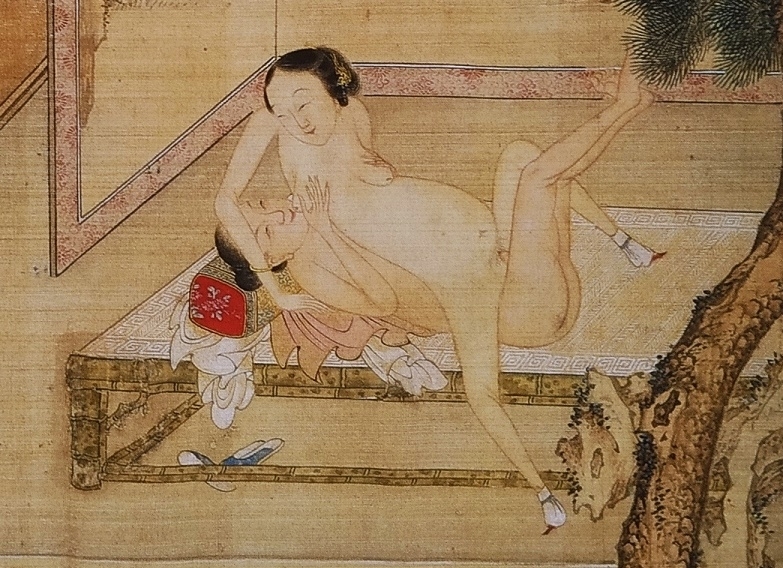 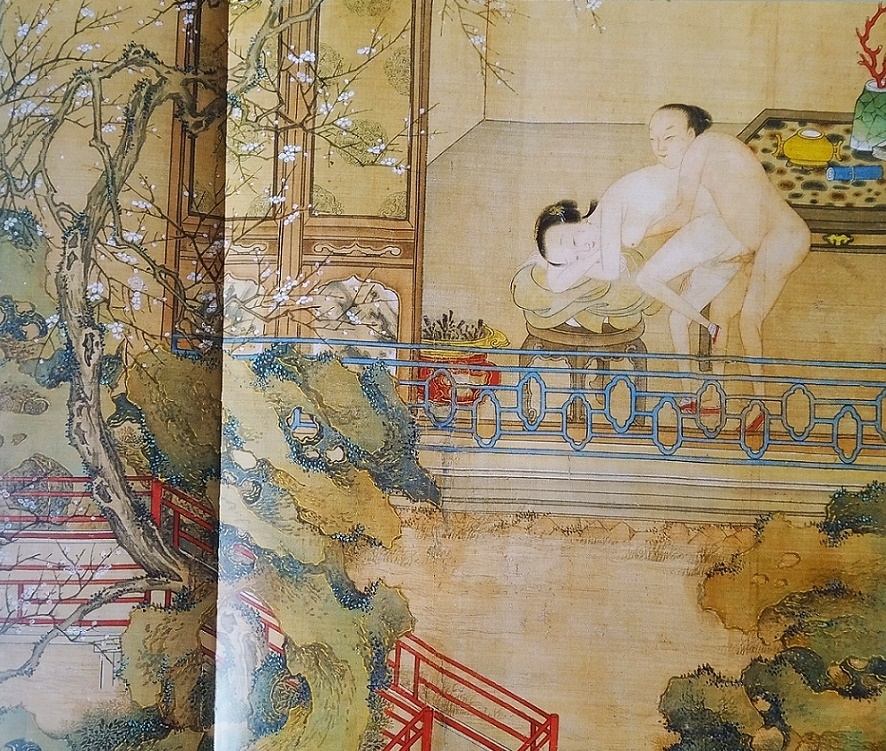 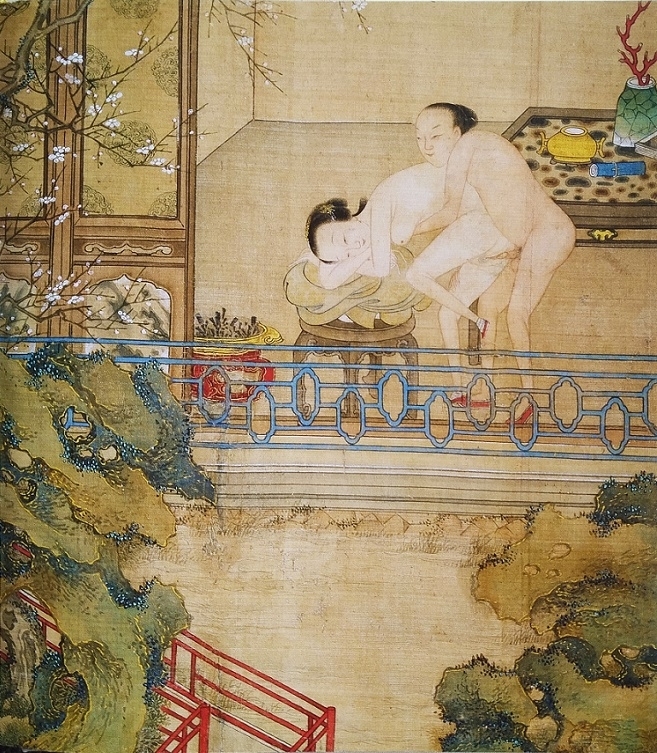 This painting (Fig.12) is the highlight of the album. From a beautifully landscaped garden, we have a view of an open room in which a woman bends over to let herself be loved. She dreams away in ecstasy, while the man narrows his eyes in supreme concentration. Their lovemaking is reflected in the entwining of the blooming plum blossom by the jagged rock formation. In both worlds the principle of the harmonious union of the feminine and the masculine, of the receptive and the creative, applies. 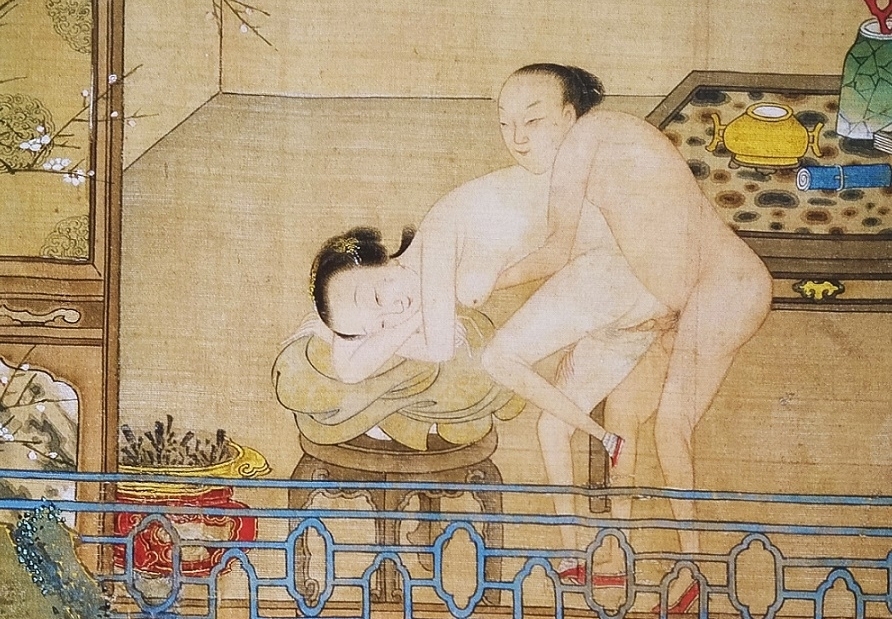 I am surprised that there is no comment about foot binding. All of the women have tiny feet in comparison to the men. Lovely paintings, gorgeous scenery.

Thanks Lawrie. I'm pleased you like them. Did you already check out our extensive article on foot binding and lotus shoes? If not, you can check it out here >>> https://shungagallery.com/lotus-shoes/

Thanks a lot Pete!