Juzu beads are string of beads used when preying. They are typically used in Buddhism and to count the amount of mantra’s or chants. This helps to keep focus during the prayer. The string consists out of a couple of sections. The main body exists out of 108 beads representing earthly desires and 4 smaller beads representing the 4 Boddhisatvas of the earth (Jogyo; Muhengyo; Jyogyo and Anryugyo). At the end of the main body 2 large beads are found called the father and mother bead.

The third dangle on the mother bead is called “Kosen-rufu” and it was added to distinguish Nichiren Buddhism from other sects of Buddhism. The bead is preceded by 10 smaller beads (“JAR beads”).

The four remaining dangles of the both the father and mother beads end with differently colored beads preceded by 5 smaller beads. At the end of each of the father and mother dangles there five larger and softer beads. These represent our determination and desire to spread “kosen-rufu” (The Mystic Law) in the world. 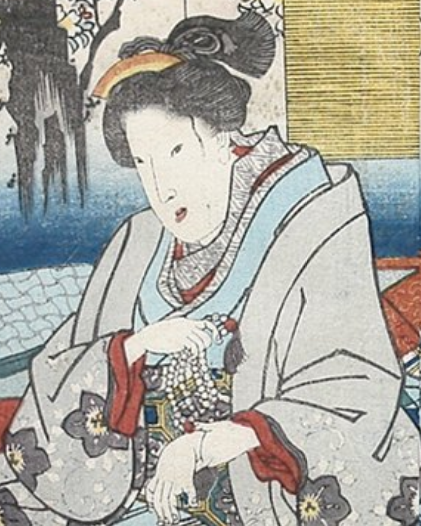 Juzu beads are typically hand made out of wood (except for the kosen-rufu beads) and while praying and chanting it is very important to cross the beads at the centre when they are held in the hands.

And as the Juzu beads are held in our hands they are pressed together in a prayer form. The 10 fingers of our hands represent the ten worlds which coexist in the life of a Buddha and our life then becomes one with “The Mystic Law”.
Place comment
Edit article Dashboard Settings Website Design Article cached on Sun. 5 Feb 20:45
Renew cache
We use cookies
To give you the best possible experience, we use cookies and similar technologies for performance, analysis and personalization to help the site function better to your needs. privacy policy
Only functional cookies
Accept all
Cookie instellingen
privacy policy
Voorkeuren opslaan