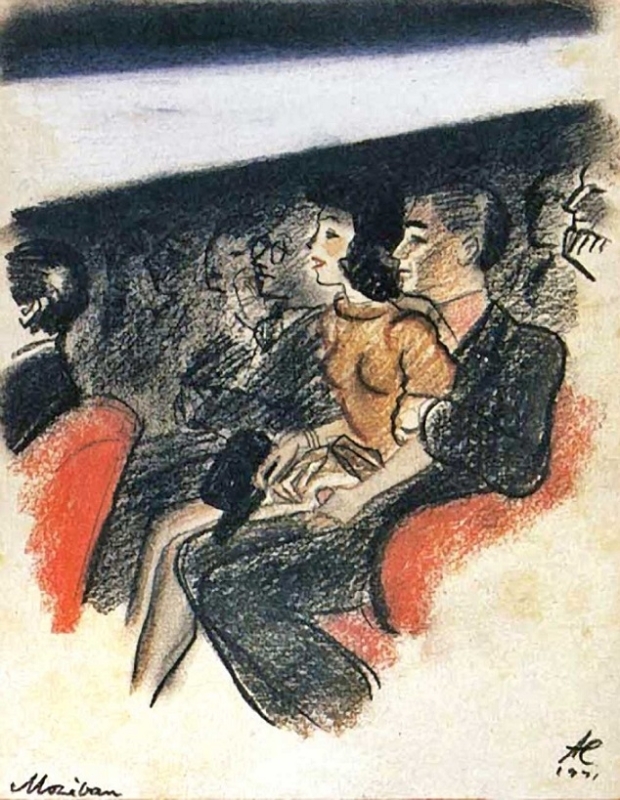 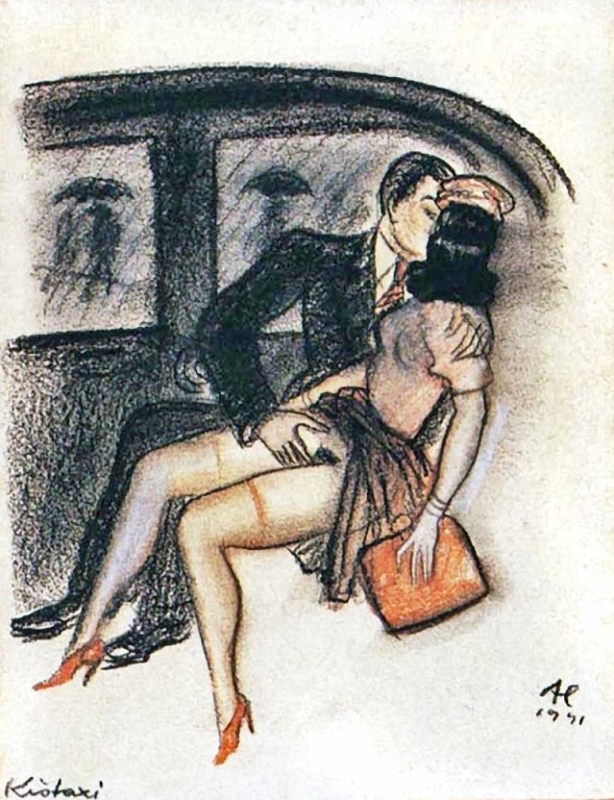 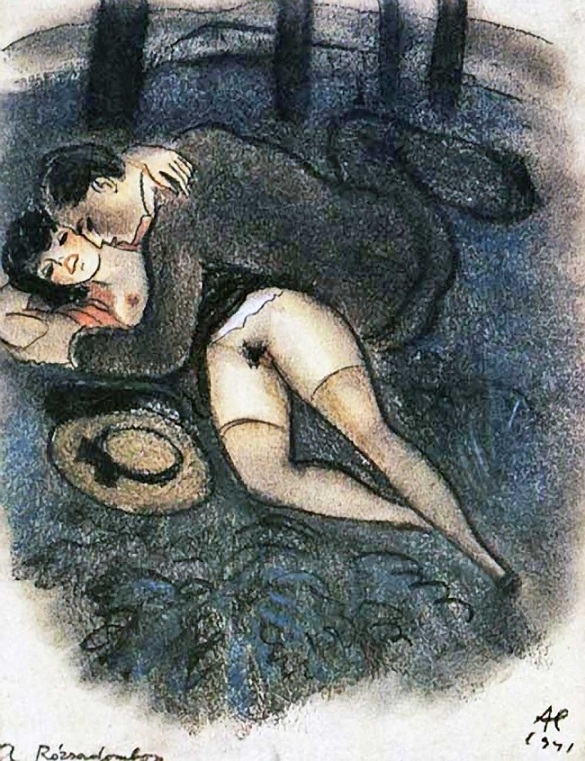 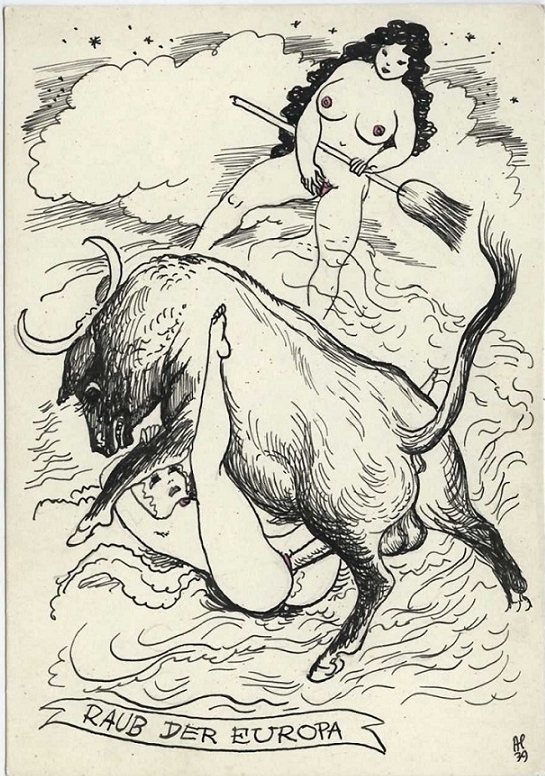 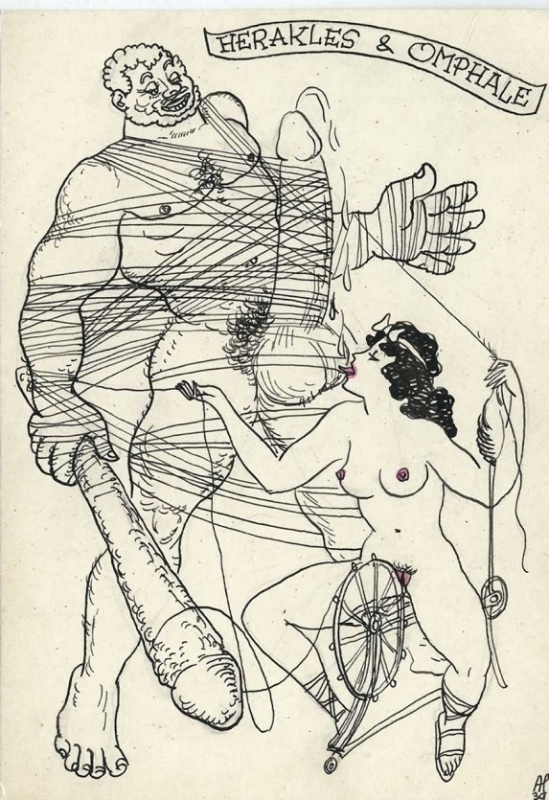 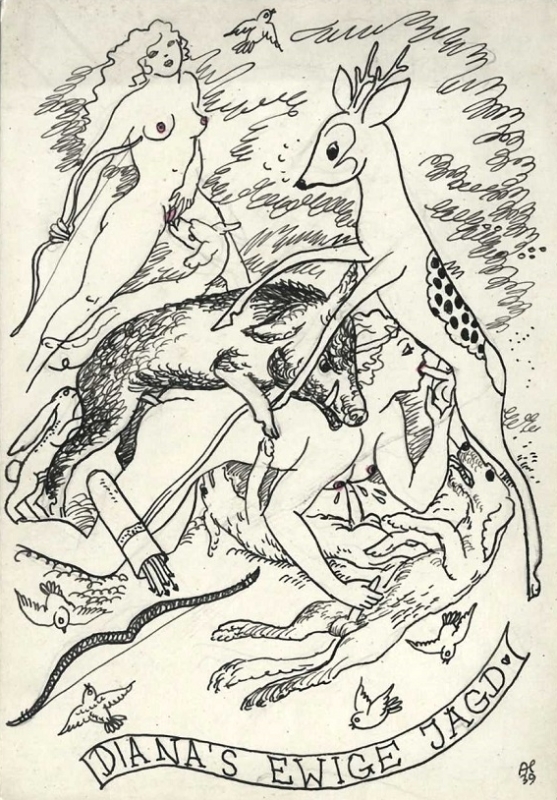 The Quick Painter Of Small Art

Alex Székely (1901-1968) was a Hungarian artist born in Budapest. Though there's not much info on his biography and personal life, still, Székely is known and appreciated by collectors of erotic art decades after his death. The painter started his career as a street artist in Vienna, where he sold rapidly-drawn portraits and caricatures. In the 1930s, Székely was lucky enough to relocate to local cabarets because his skill was fairly regarded as a sort of entertainment for the cabarets' clients (his profession was called "Blitzzeichner" - blitz-painter). Between 1931 and 1933, the artist worked at Der Liebe Augustin, directed by the Austrian actress Stella Kadmon. Let's mention that the cabaret belonged to the so-called "Kleinkunst" (small art). The term was invented to distinguish common cabarets created for pure amusement from ones related to art, like that of Stella Kadmon, which was presented as "literary."

Besides Székely, in her team were composer and pianist Fritz Spielmann and writer Peter Hammerschlag. From 1934 to 1937, Székely was hired at the ABC "political" cabaret of Hans Margulies. Many of such cabarets were founded by left-wing and anti-fascist artists who later had to emigrate. Here is a brief description of Blitzzeichner's work by Reisner and Weys: The "Blitzzeichner" painted and drew backdrops on a giant easel between and during the numbers. [...] In the first seasons, the 'diminutive painter [drew] his biting caricatures fast and airily on the big easel' [...] In the "Augustin" literary, musical, and cartoon improvisations were offered. "Blitzen" (lightning) on requests from the audience, as it was called. [...] The "Blitzzeichner" Alex Szekely drew any subject requested by the audience (margulies-chronicles.com). 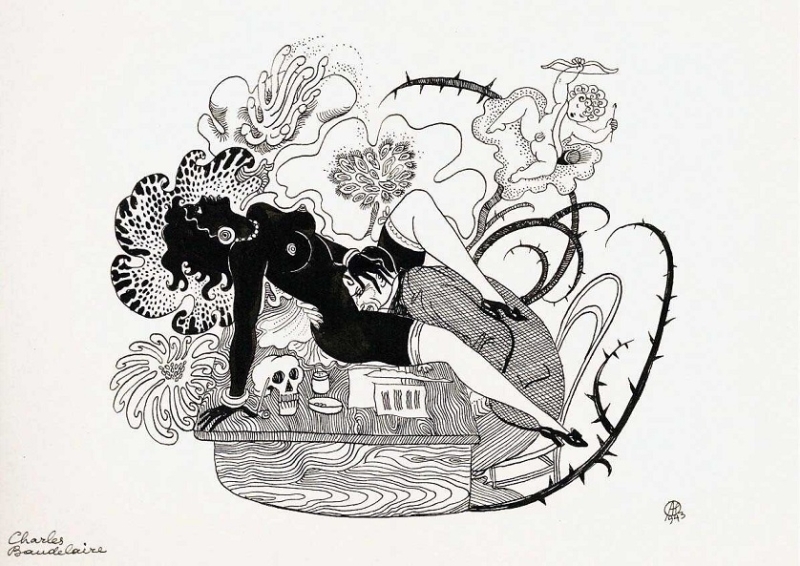 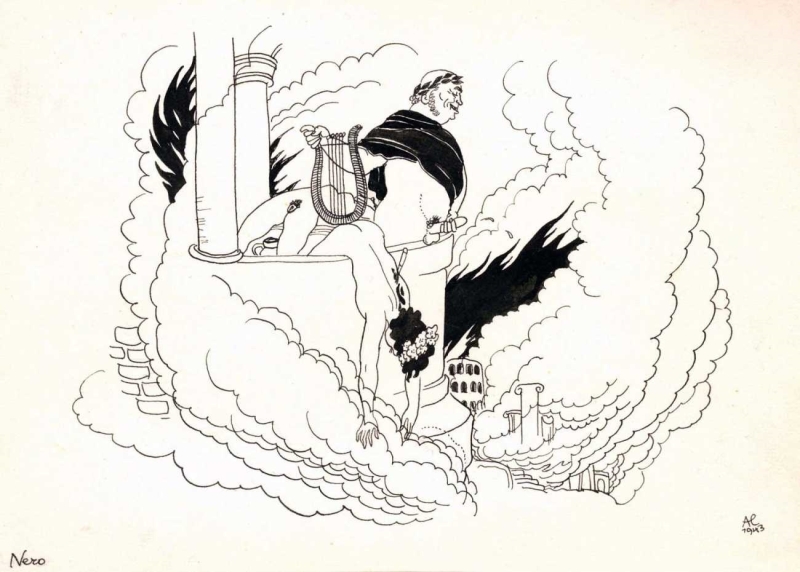 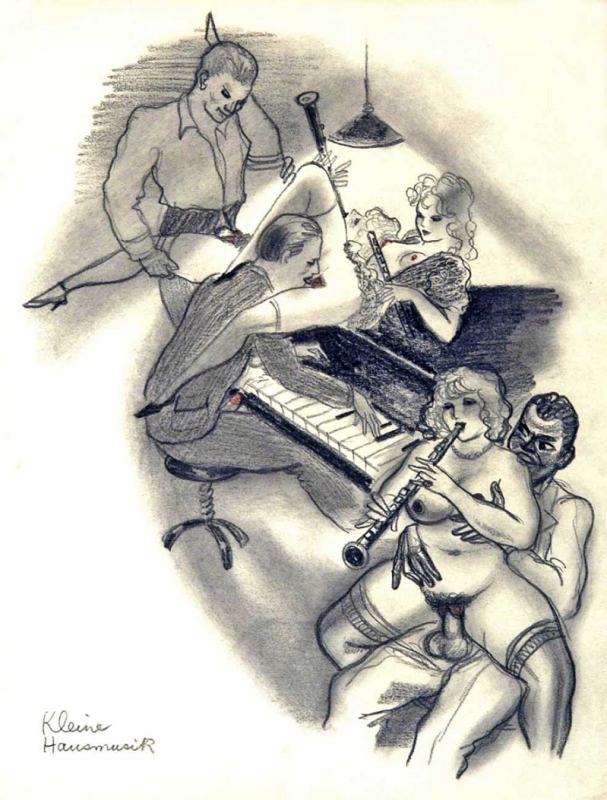 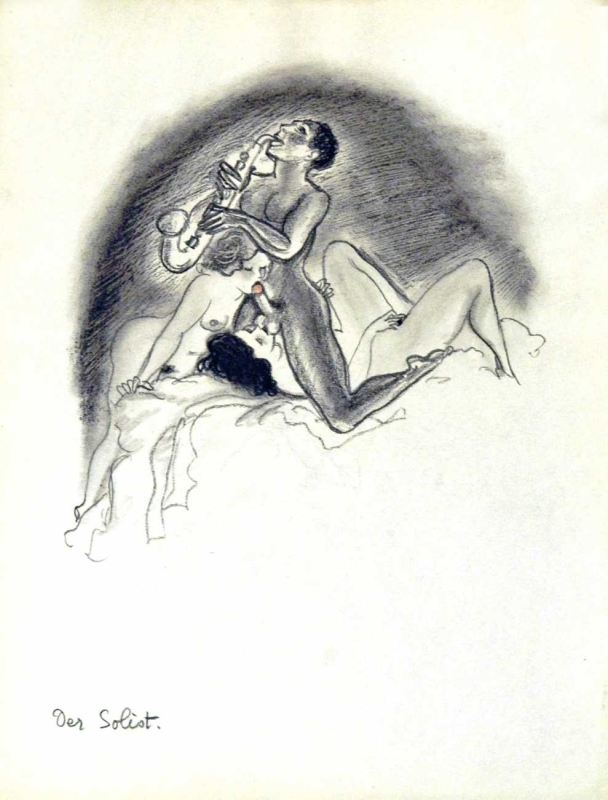 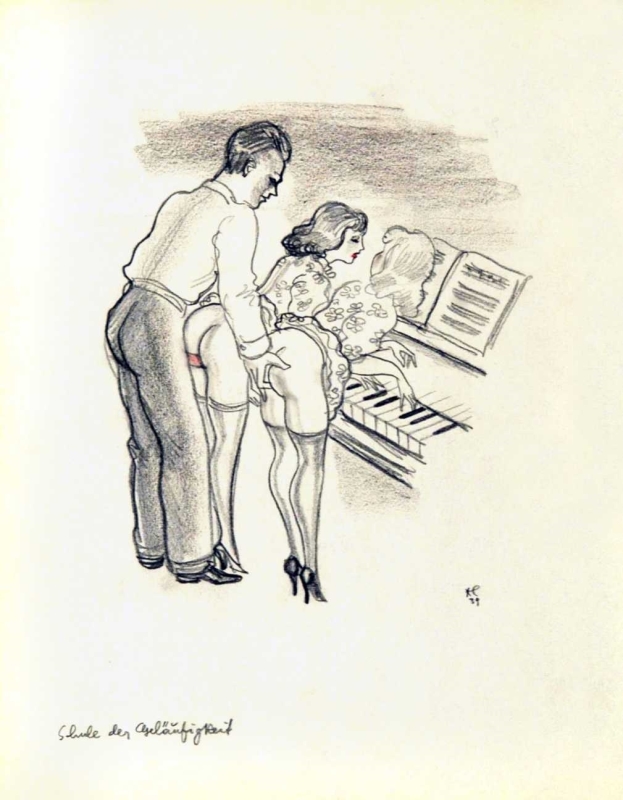 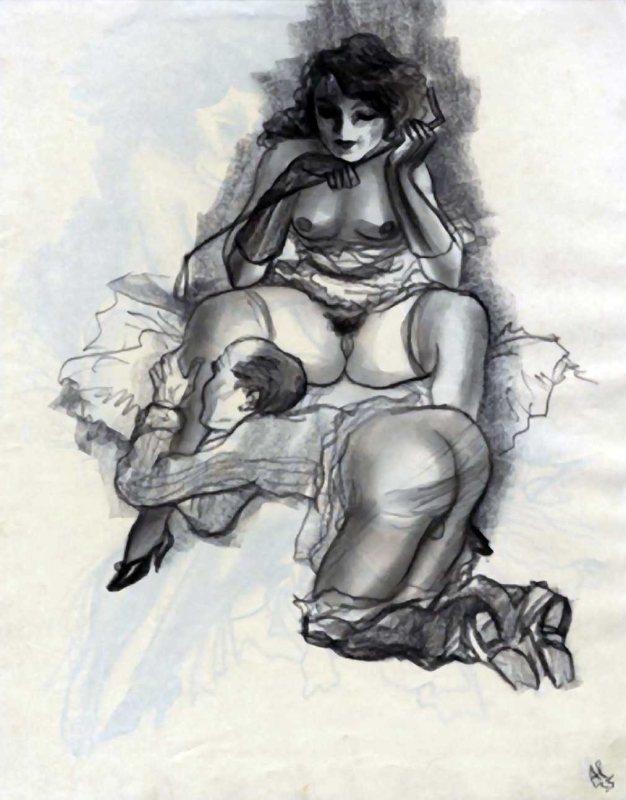 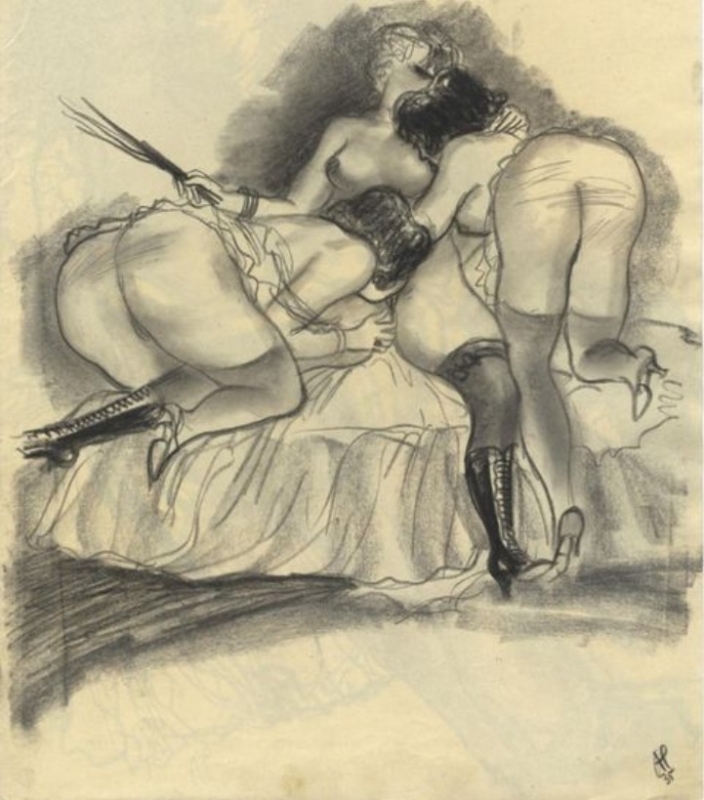 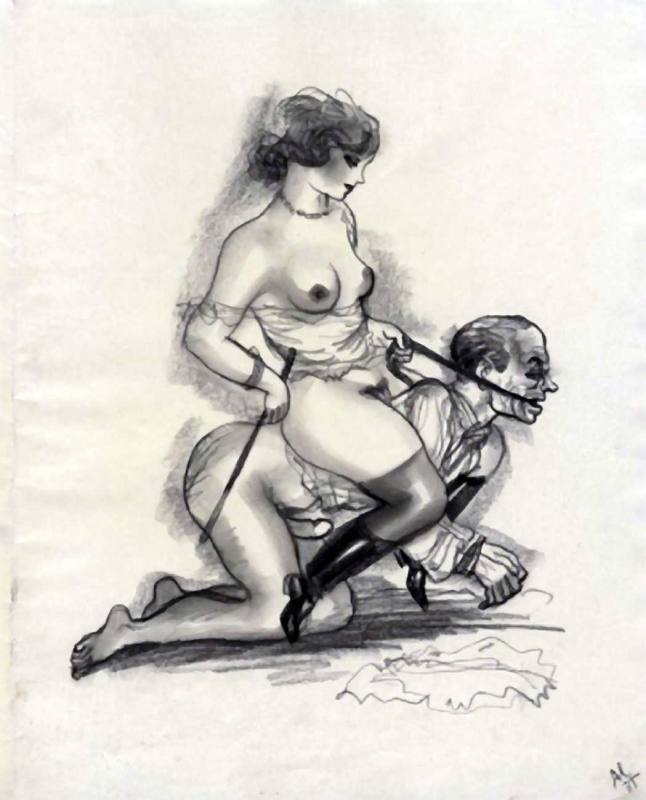 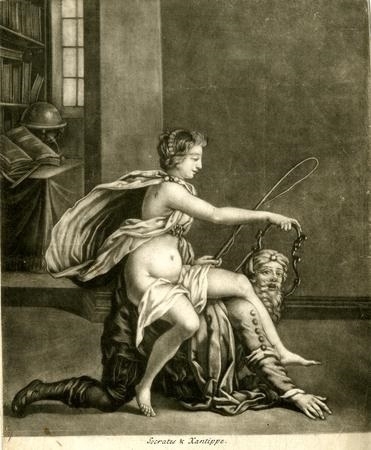 The World Of Liberated Slavery