Violent Gay Adventures In The Art Of Dom Orejudos

The hero of our current article placed a recognizable masculine gay character, which can also be seen in the drawings of Tom of Finland, into Sadean circumstances. Domingo Francisco Juan Esteban "Dom" Orejudos, Secundo (1933-1991), known as Etienne or Stephen, is truly an iconic figure in the gay community. The openly gay artist and a masterful ballet dancer, Orejudos founded many crucial gay institutions like the Gold Coast bar, Man's Country Baths, the International Mr. Leather competition, and a number of gay magazines such as Triumph, Rawhide, and Mars. 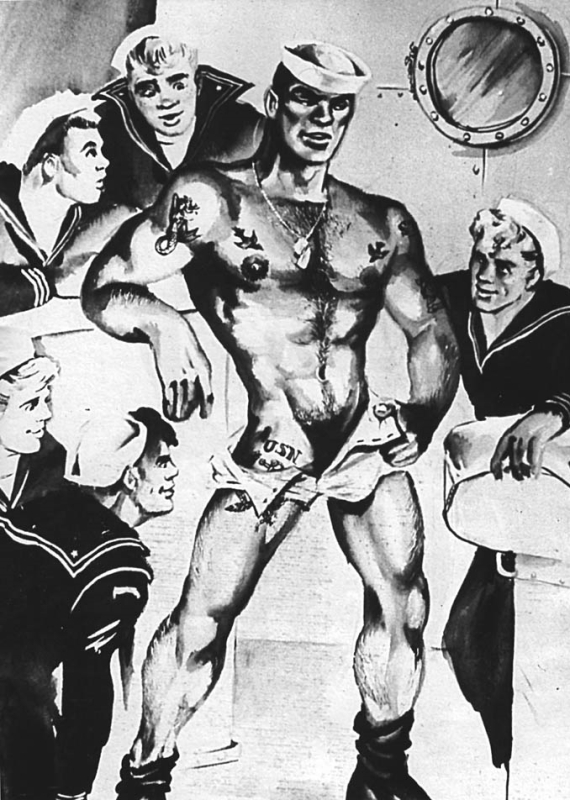 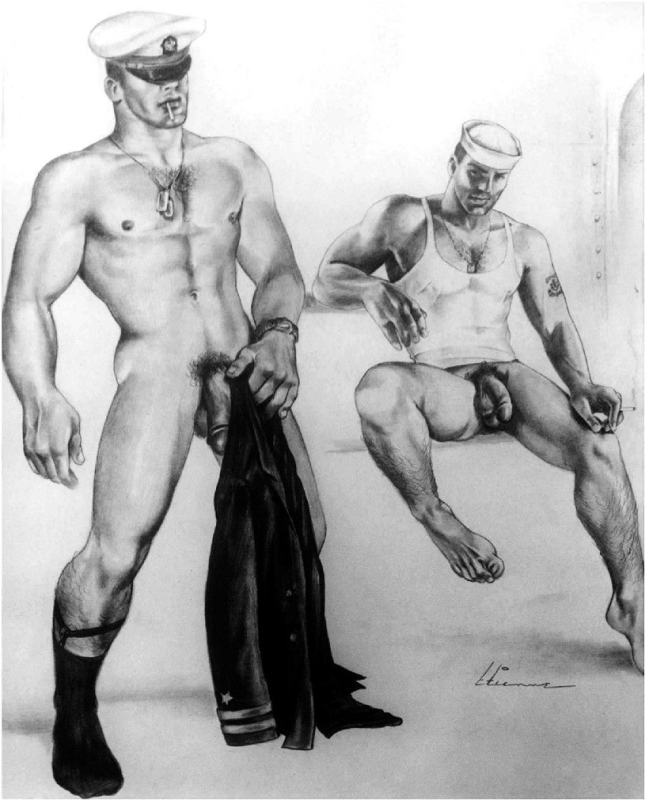 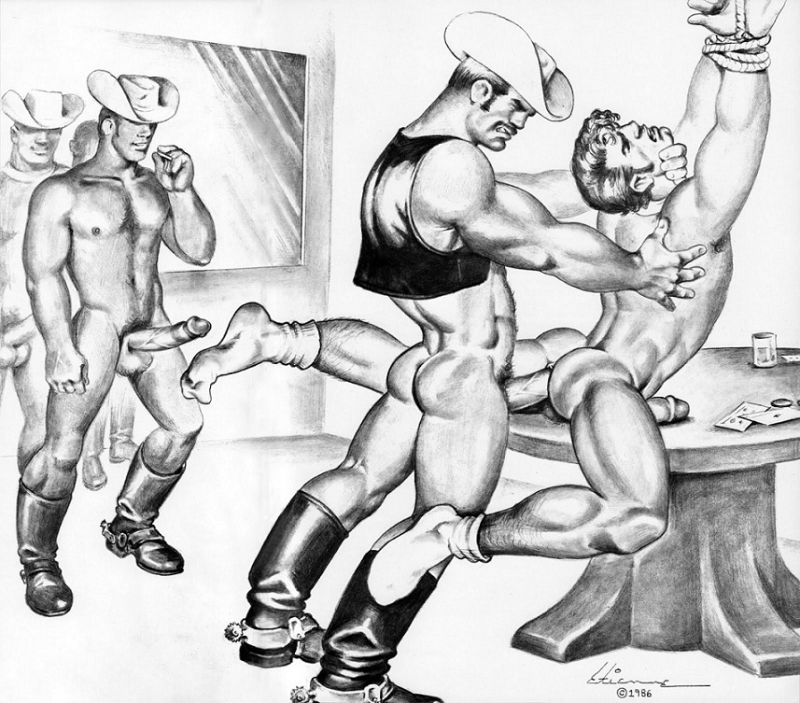 Fig. 3. Studs In The Saddle (gay-sketches.blogspot.com) 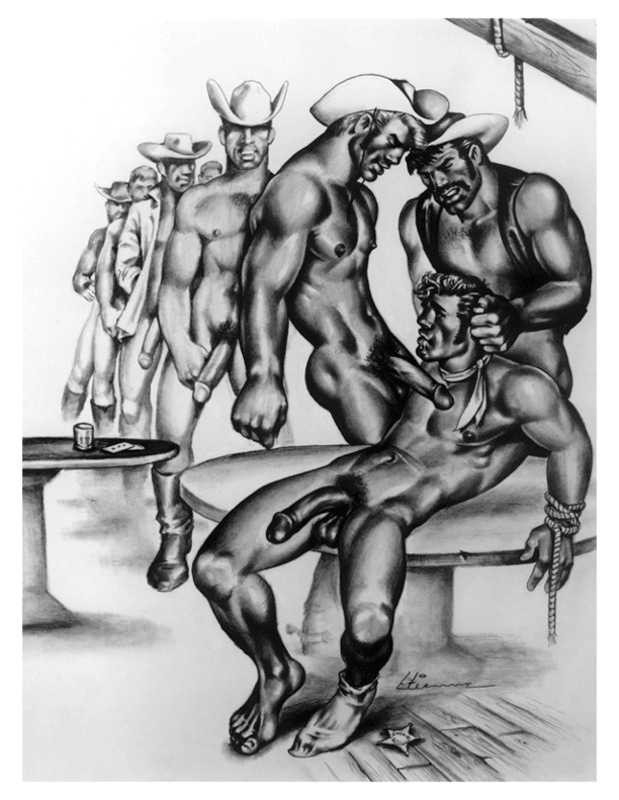 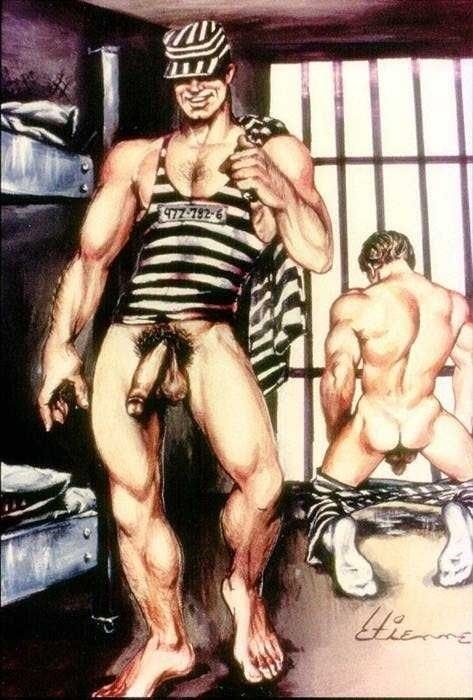 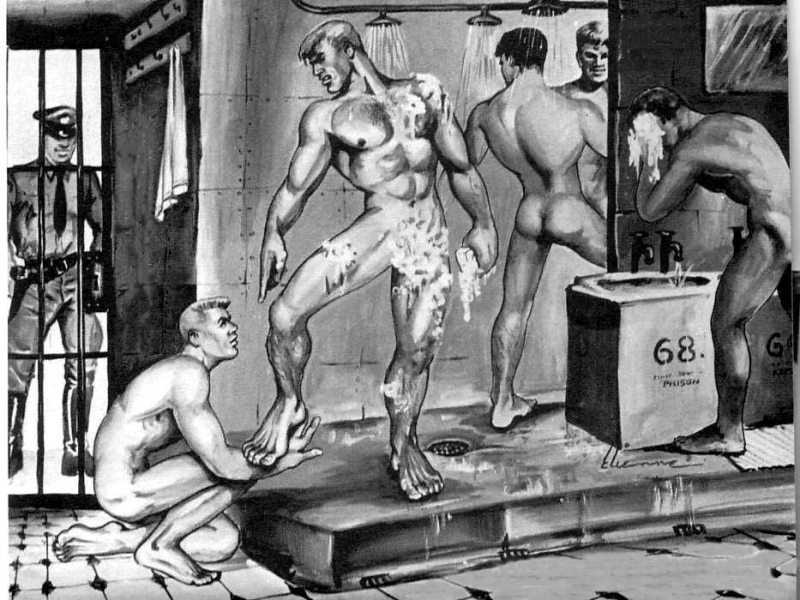 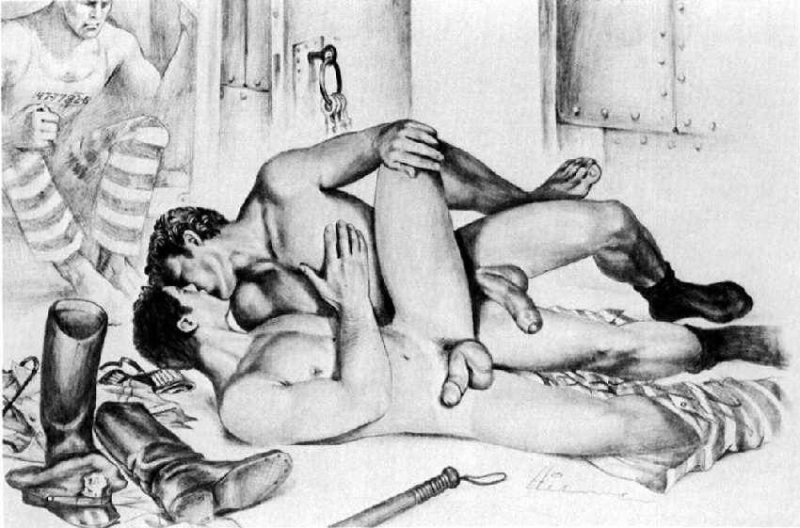 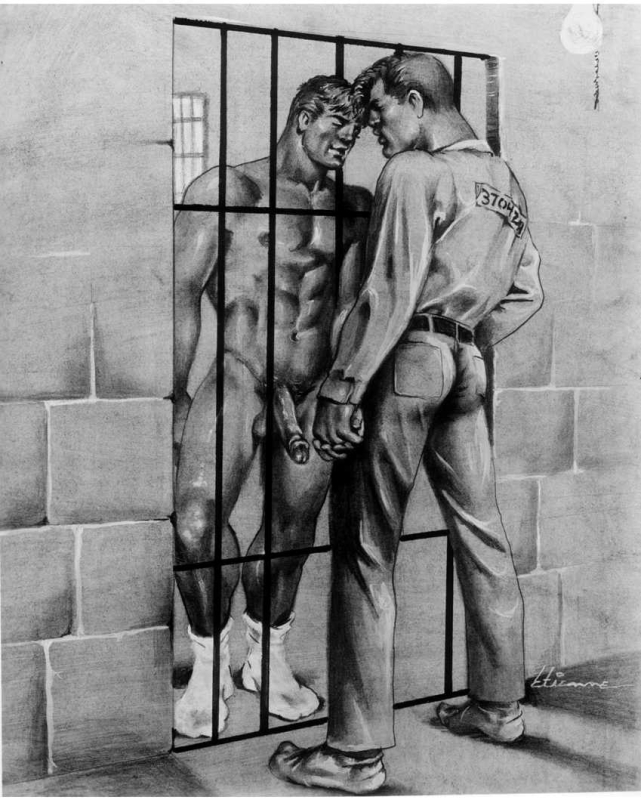 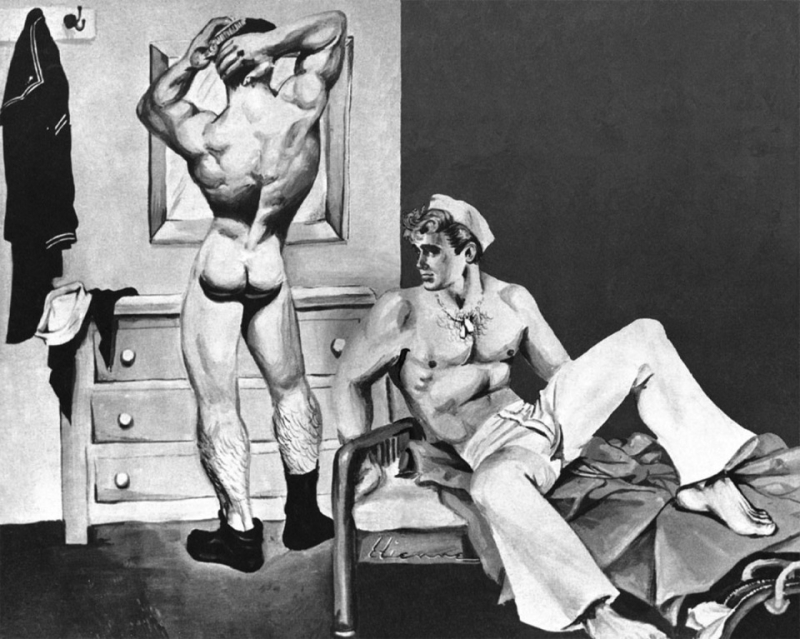 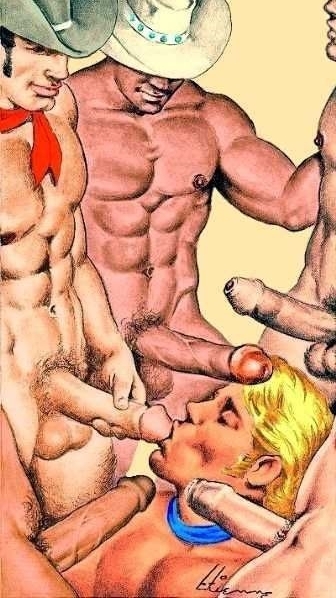 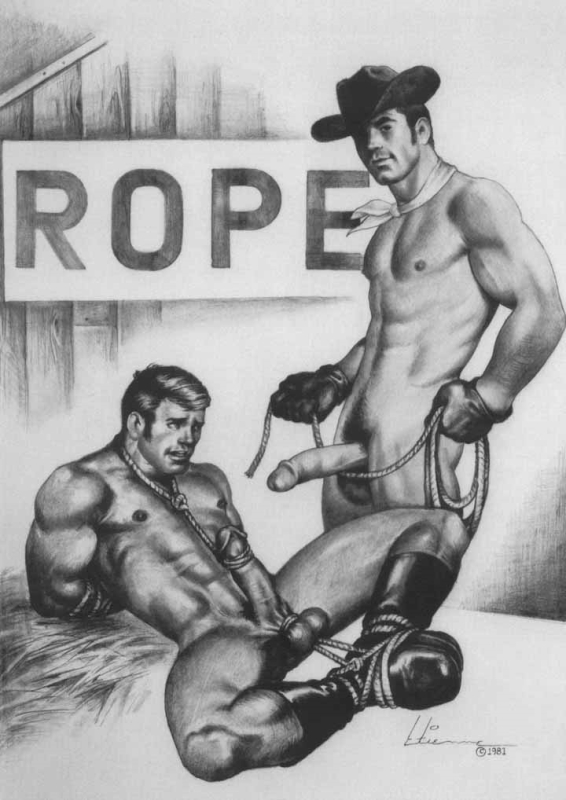 Orejudos was born in Chicago and attended the local McKinley High School. Already back then, he was a talented enthusiast manifesting himself in many artistic activities. He was a violinist in the school orchestra and also served as concertmaster in the All Chicago High School orchestra. Apart from music, he was engaged in the competitions of the local gymnastics team. At the age of sixteen, Orejudos joined the Illinois Ballet Company after attending Ellis-DuBoulay School of Ballet. At the end of the 1940s, he became a student at the School of the Art Institute of Chicago but abandoned his studies after a semester, disappointed with the teachers' approach. 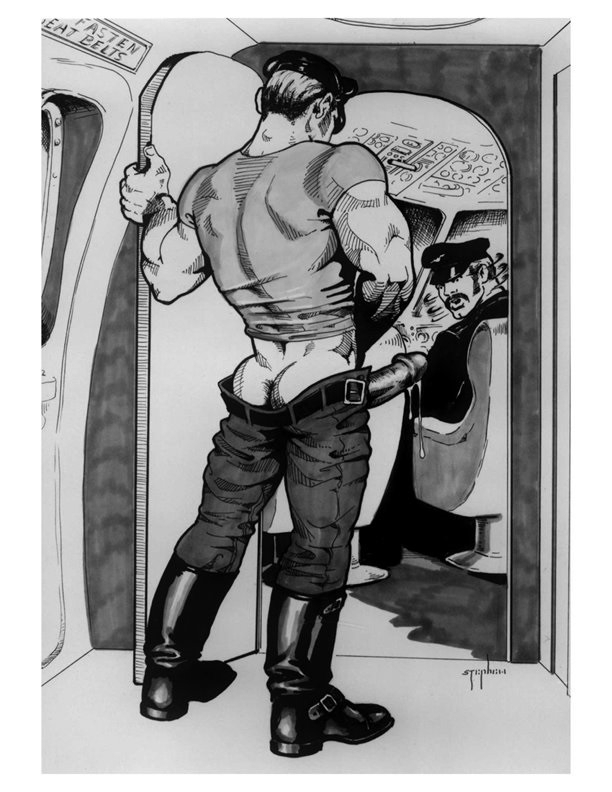 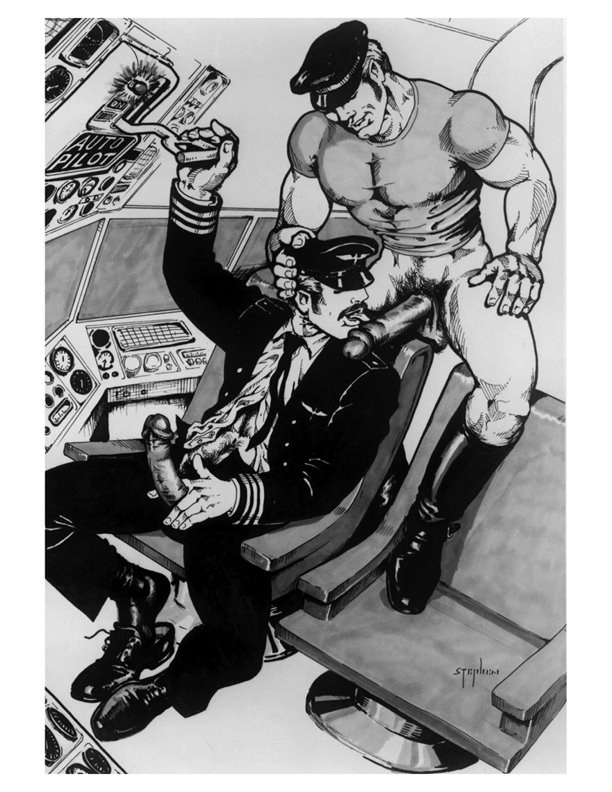 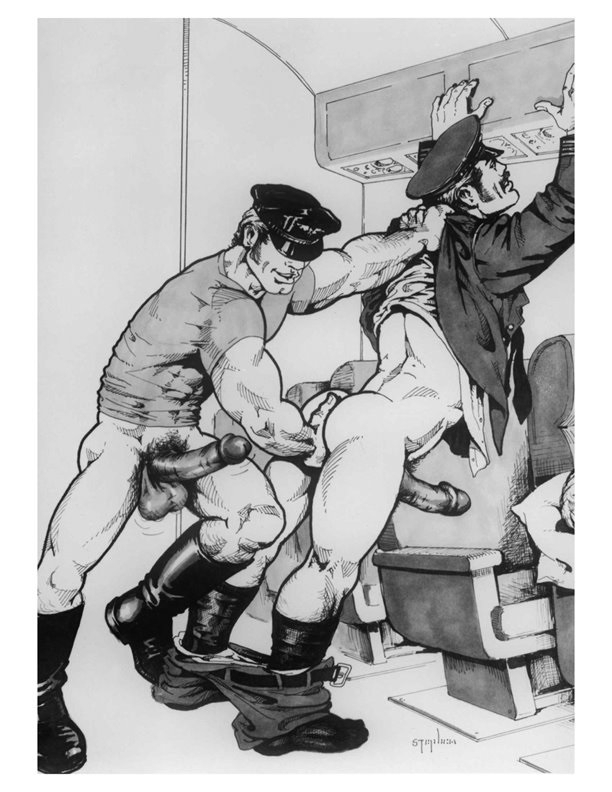 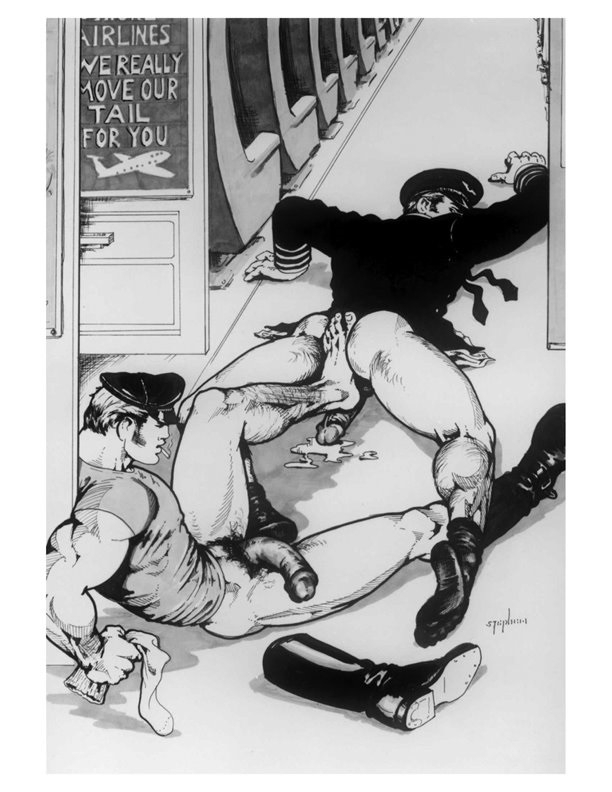 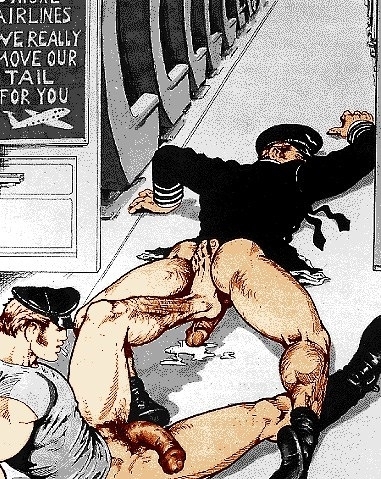 The genre of physique photography played a crucial role in Orejudos' life as in the lives of many other gay artists. His contribution to the local gay community began with Chuck Renslow's offer to be a model for the photographs. Renslow was a young businessman who would be known for pioneering the genre. Together with Orejudos, he founded a physique photography studio Kris Studios, named after the first American transgender Christine Jorgensen (1926-1989). 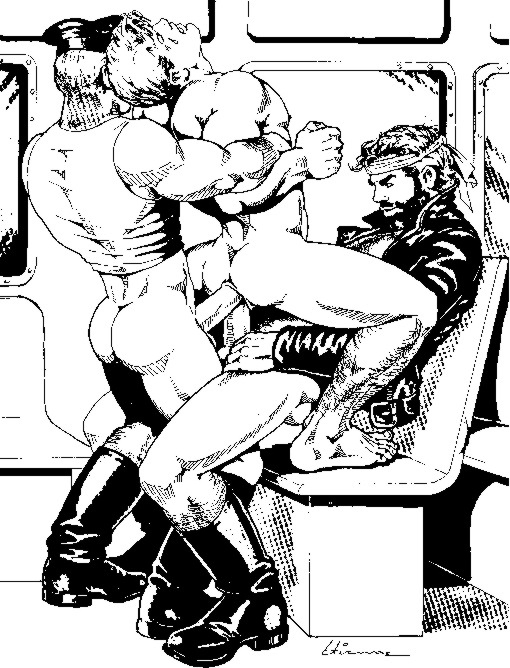 In the extended Premium version of the article more on Orejudos' launch of the leather-focused magazine Mars, the influence of his work on the gay community,  and 34 additional pics depicting more raw gay adventures.

Who is your favorite gay artist? Leave your reaction in the comment box below...!!

It may not interest all but what a series of proudly displayed erections and some wonderful acts of uninhibited sexual desires. These works capture the emotional dynamics of fascinating intimacies.