The Outlandish Voluptuousness of the Digital Pop Surrealist Ray Caesar

The background of the digital pop surrealist Ray Caesar (1958), his troubling childhood, suffering from dissociative identity disorder (DID) and his job working for 17 years in the Art and Photography Department of The Hospital For Sick Children in Toronto, provide more clarity on the unfathomable world that he portrays in his paintings.

As said, Caesar’s experiences in the hospital have been very decisive in his later creations. The result of the violence against children he was regularly confronted with in this place overwhelmed him. In order to cope with it, he made these pictures. Caesar felt that if he placed these disturbing memories into a picture and put that picture away in a very tidy closet, he could relax his mind and function. 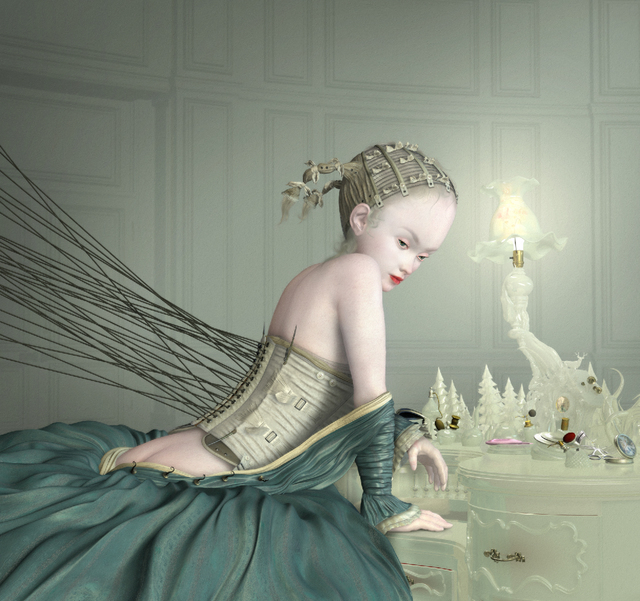 His work is known for his complex compositions, singular use of light, accentuated expressions, poses, and dreamlike movements. The Victorian protagonists (always girls) are often frigid, decked out with giant wigs or masks on their over-sized heads, and with daringly cherry-red lips, blotchy skin, and subtle physical deformities that never lose their disturbing manner. Caesar’s work merges elements of decorative styles and architectural ages, mixing Art Decò, Victorian style and visual codes from the early 1900s.

Already at an early age, Caesar discovered that he could use drawing and painting as a way to transfer emotions that were more difficult to communicate verbally. He considers his work to be a window inside his soul. Much like the worlds he has created in his head, the digital 3D modeling software he utilizes helps him create a virtual visualization of that particular imaginary world. This great tool gives him the opportunity to create objects within objects, and allows him to hide things inside other things just as our mind does. Caesar draws inspiration from French genre artists like Francois Boucher, Jean-Baptiste Perronneau, American realists like George Tooker and Edward Hopper, and surrealists like Salvador Dalí and Joseph Cornell. He also mentions the influence of film and in particular the work of Alfred Htchcock, Yasujiro Ozu, the Coen Brothers and Tim Burton. 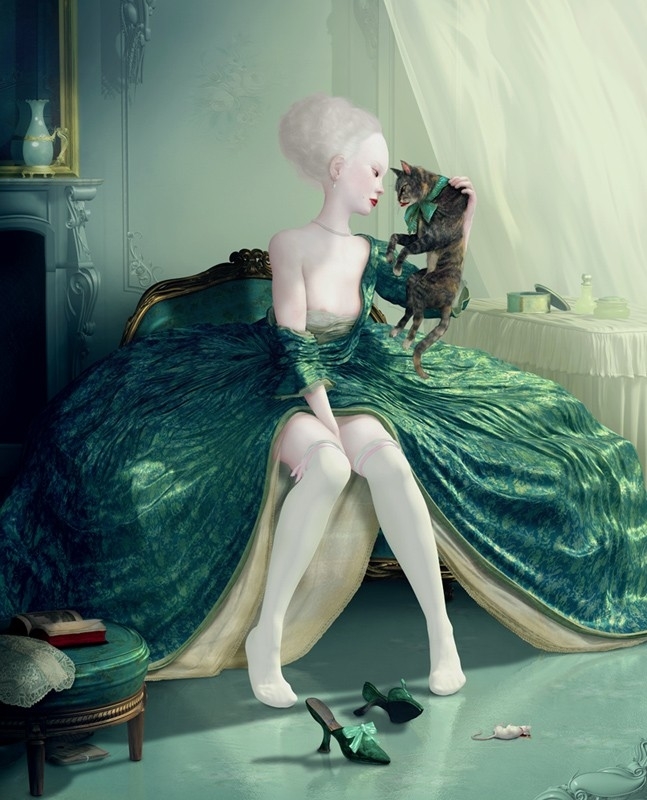 Caesar’s work is popular among celebrities and is one of Madonna’s favorite artists. 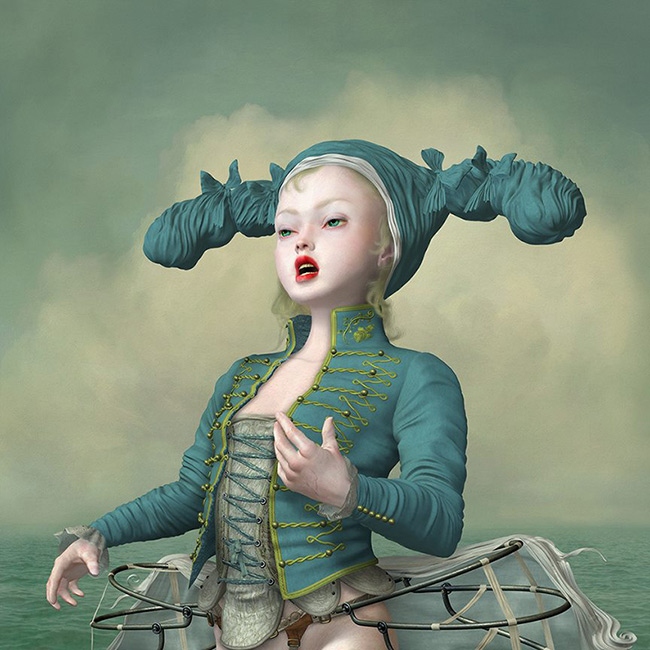 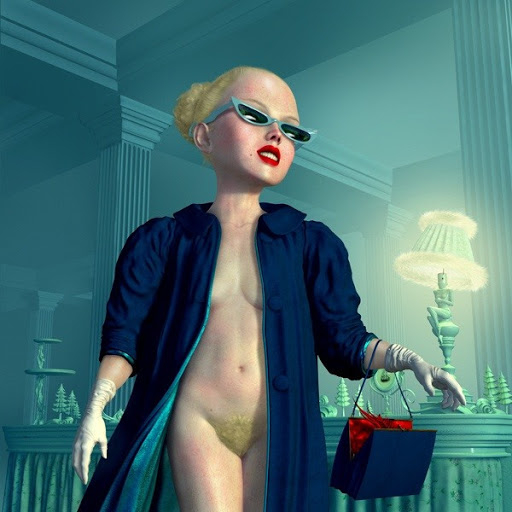 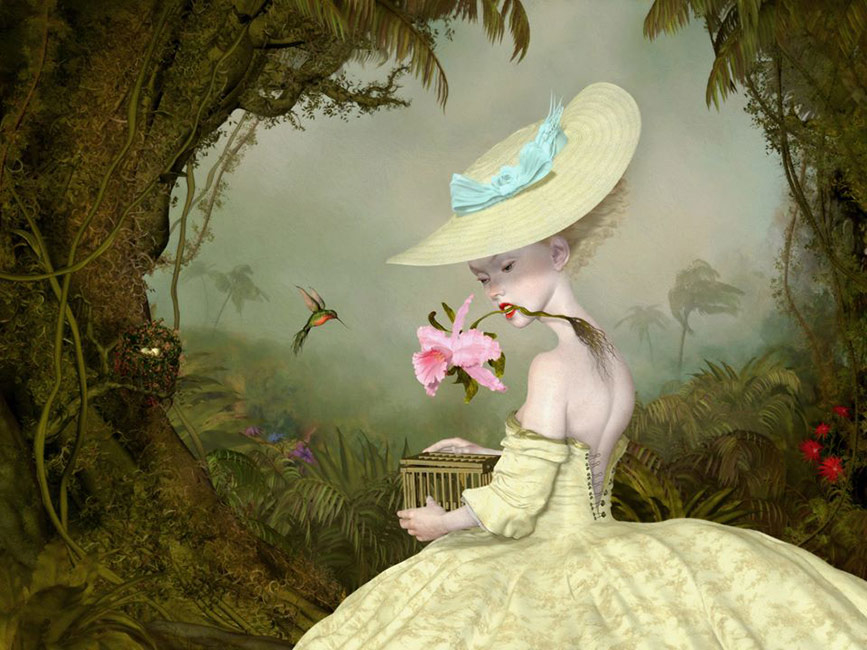 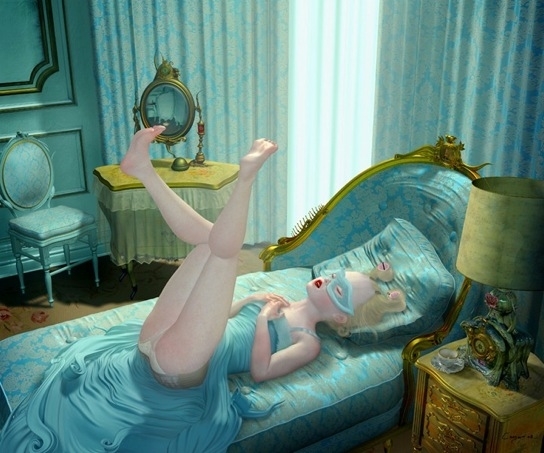 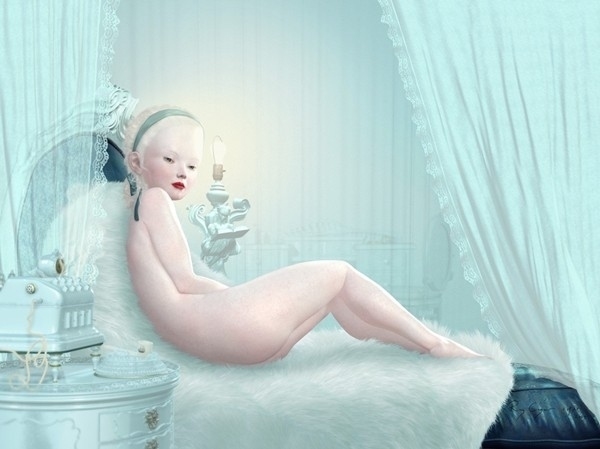 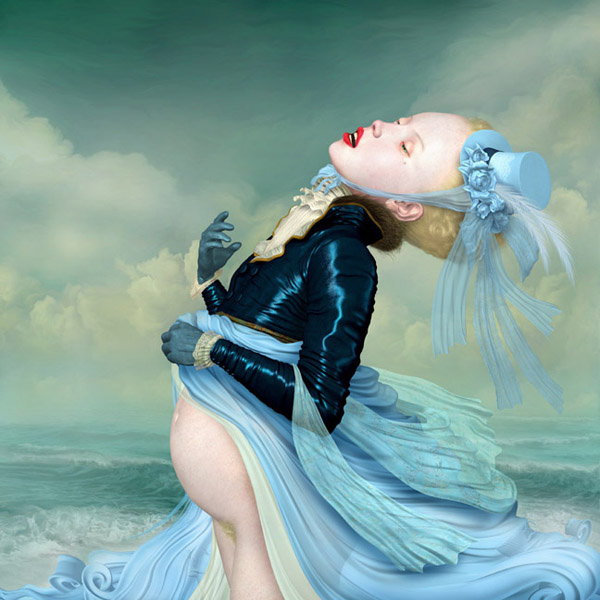 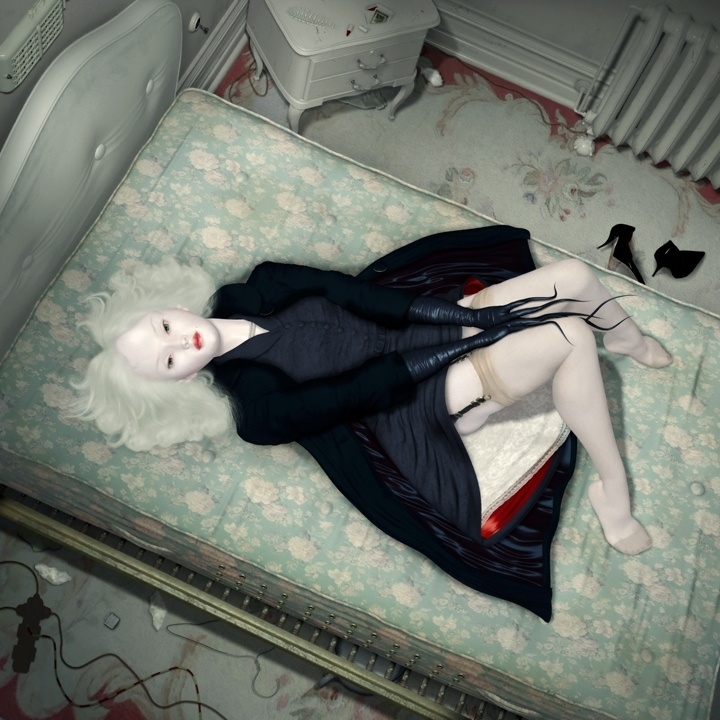 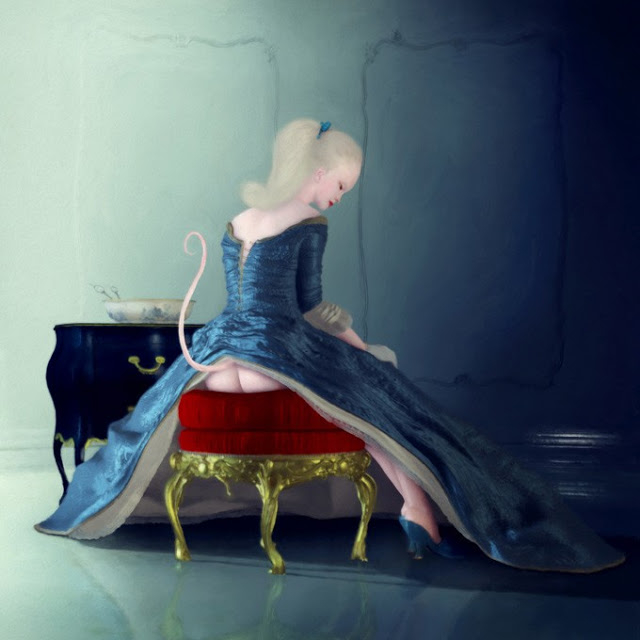 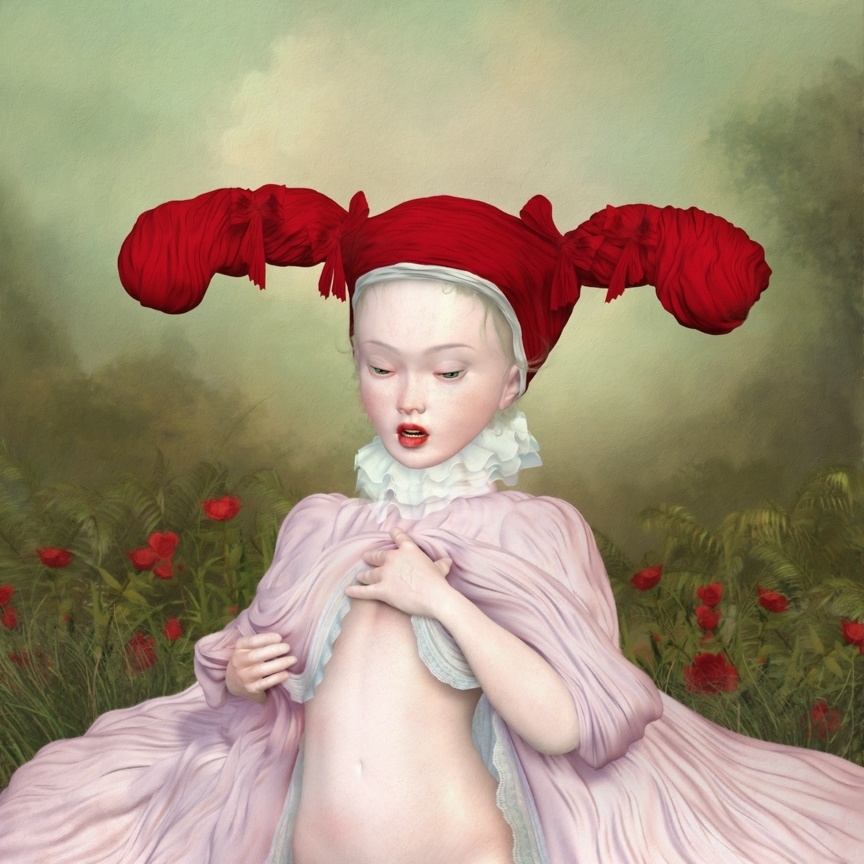 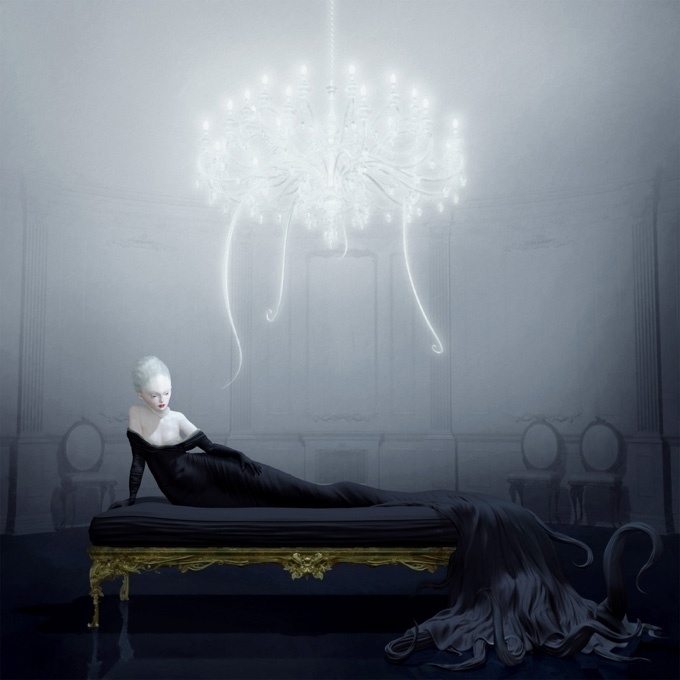 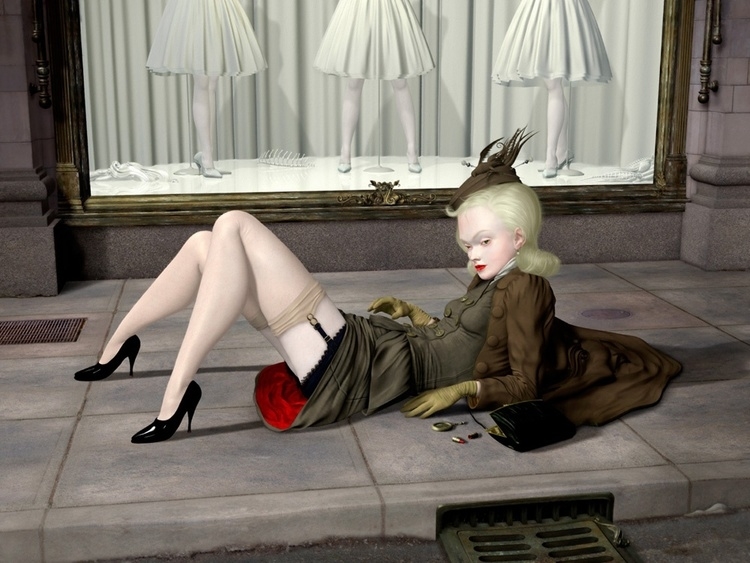 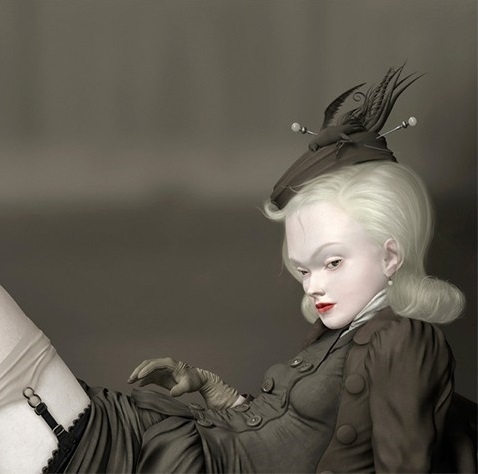 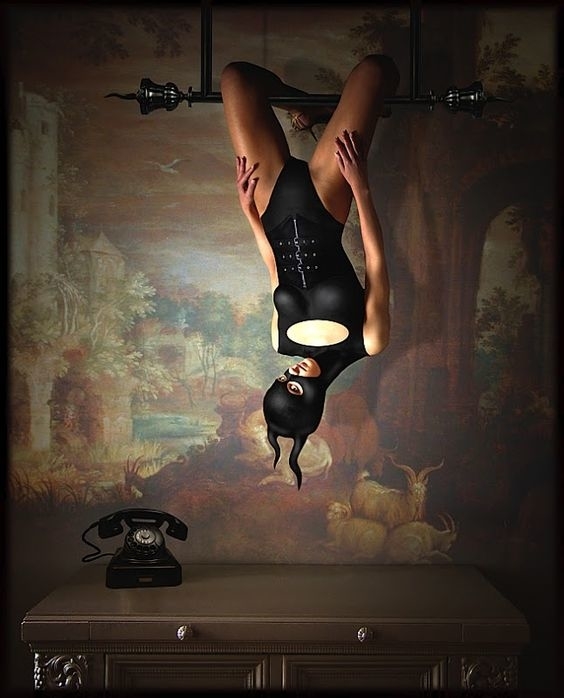 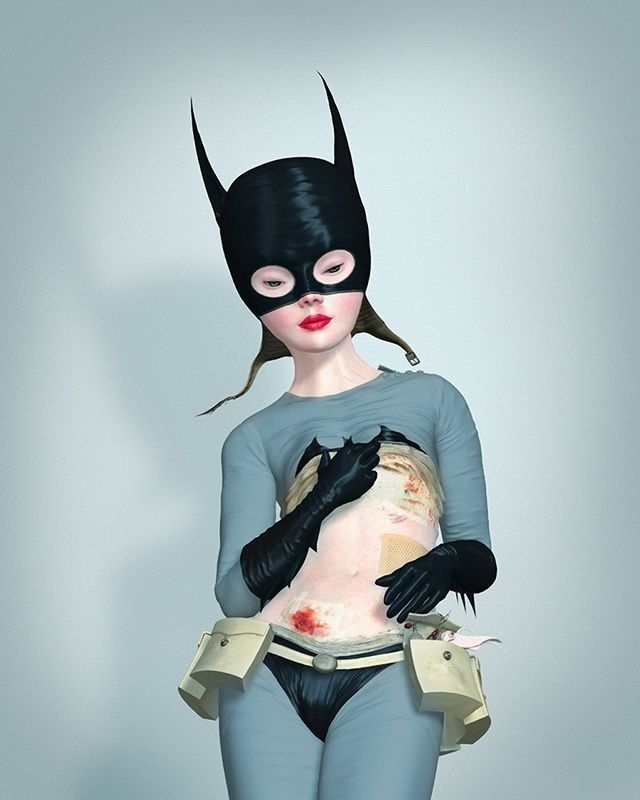 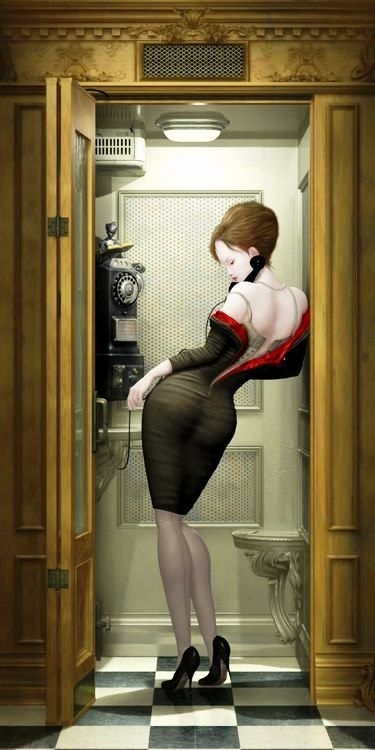 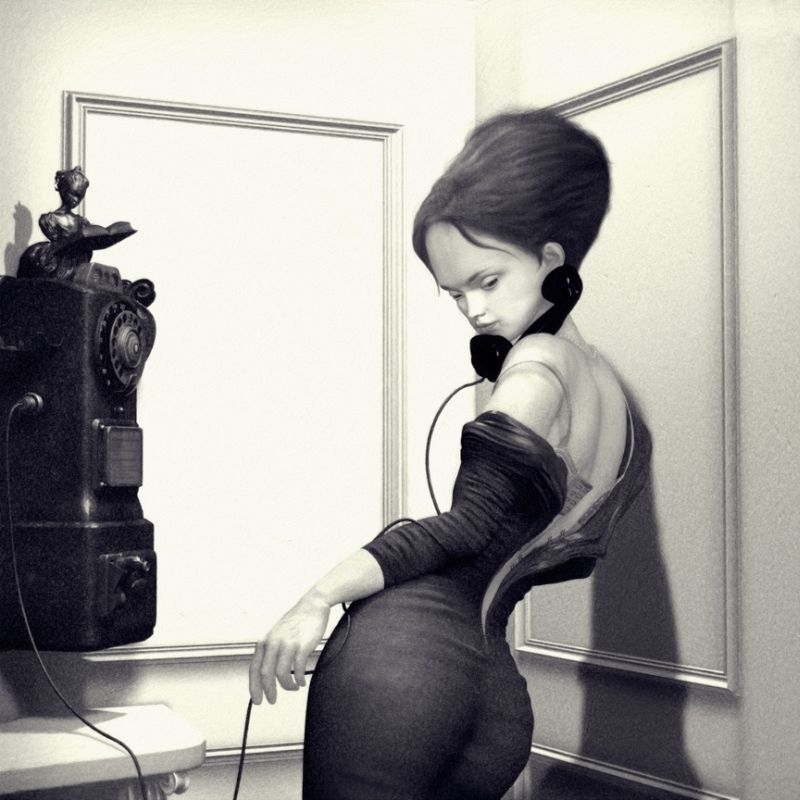 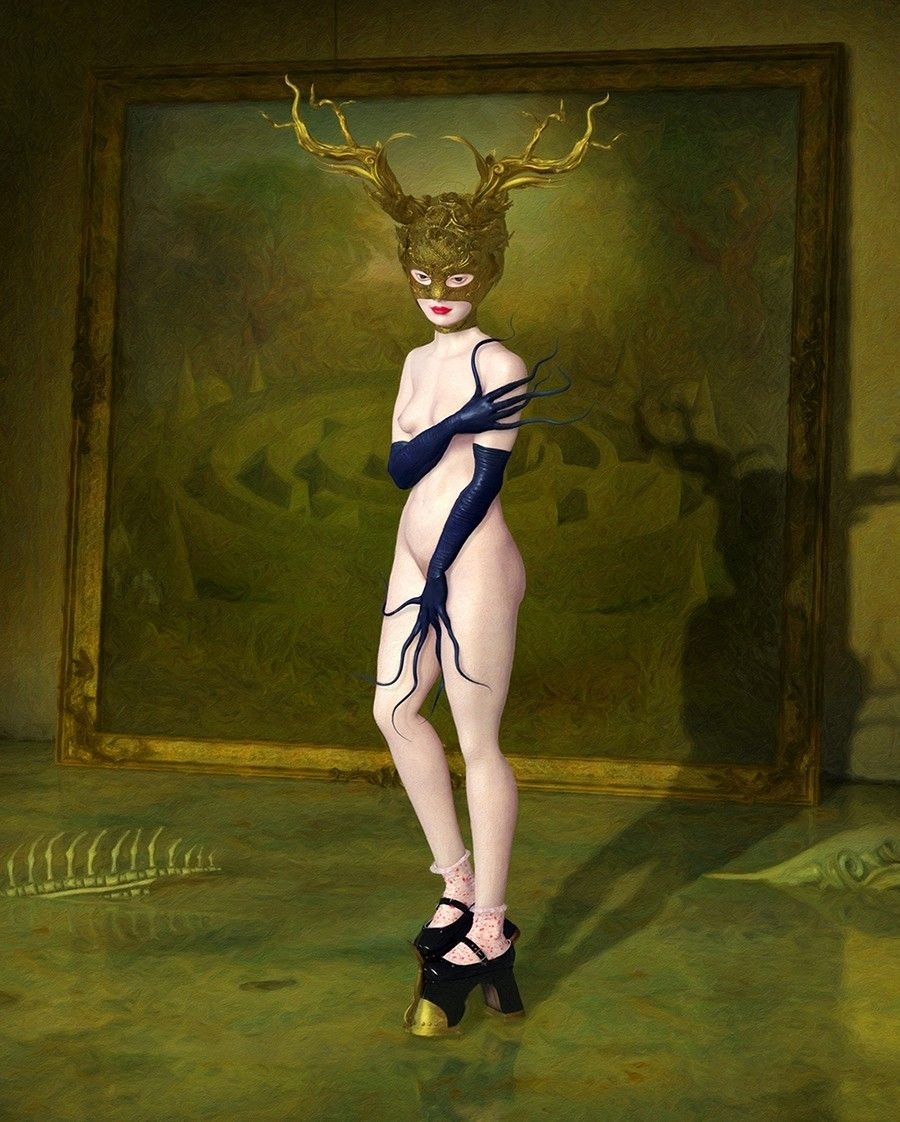 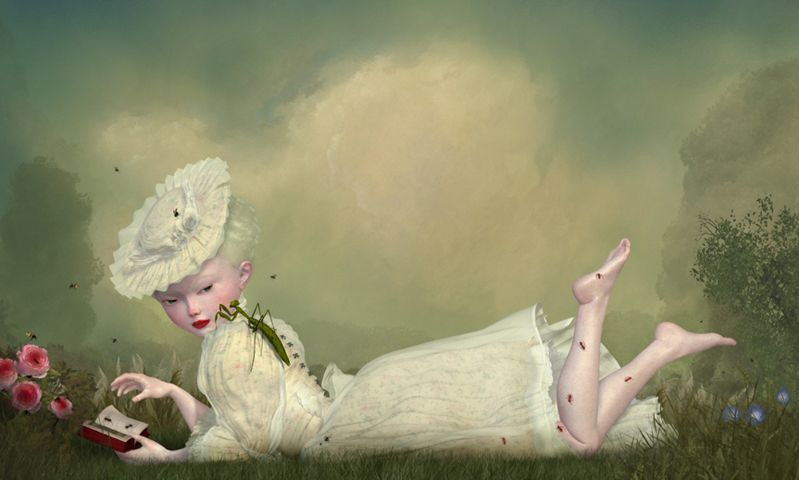 More on Caesar’s art on the artist’s site….!!

Let us know your thoughts on Caesar’s art in the comment box below….!!

I wonder who is the Girl is who Ray continually uses in his Art....?

Thanks Dave. Interesting. Maybe this recurring muse is a composite of several figures.