The Perth-based illustrator Ashley Wood (1971) is one of the big names in the international comic book industry. He started in the UK where his drawings of the character Judge Dredd stood out. As a result, he attracted the attention of great American publishers such as Marvel Comics and DC Comics and subsequently worked for Image from Todd McFarlane (for whom he worked on the character Spawn) and IDW Publishing.

Wood’s breakthrough came in 2000 with the comic Popbot. In a 2001 interview Wood described Popbot as a ‘mixture of ‘Jacob’s Ladder’ and ‘Fritz the Cat‘, with a side serving of David Lynch weird ass salad.’  The tale is about a cat that was once a world-famous rock star whose career is in decline and who has to reimburse huge amounts of debt to various parties. The tone moves from eccentric parody and absurdity to haunted house and contemplation. 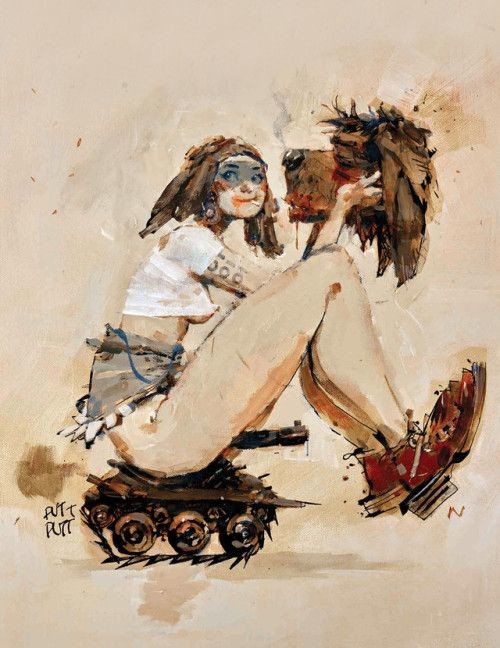 ‘Surgery I‘ (2012) Photo from jonathanlevineprojects 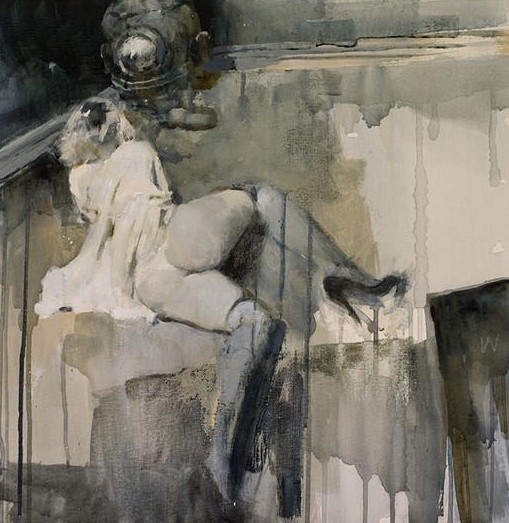 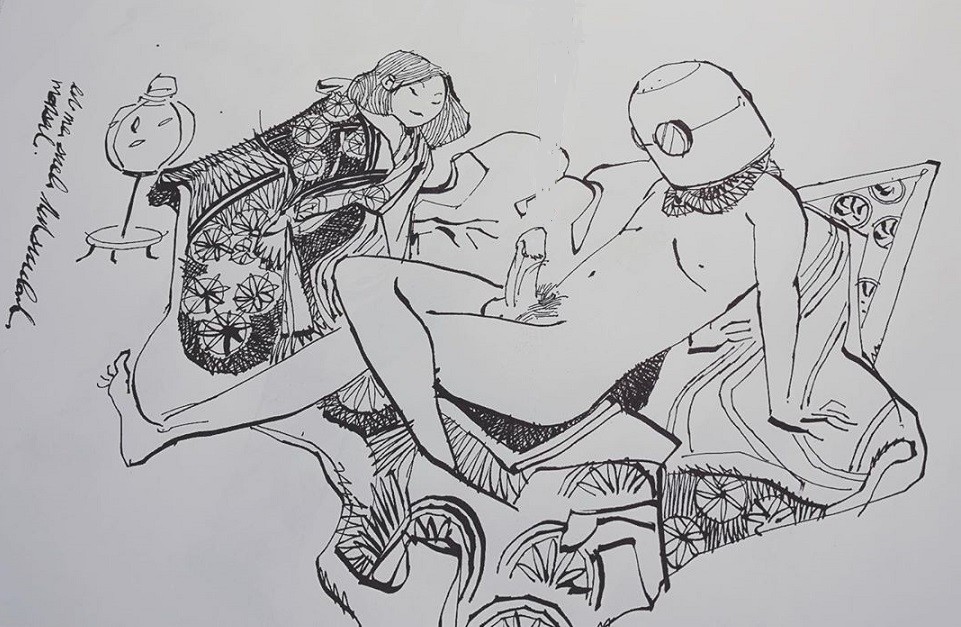 Glad to see this! I love Ashley Wood

Thank you Jeff, for introducing his magnificent art to me!

So glad that I’m seeing Wood’s works; they are so beautiful, powerful and sensual.

Thanks a lot Lawrence, I'm pleased you like his work!