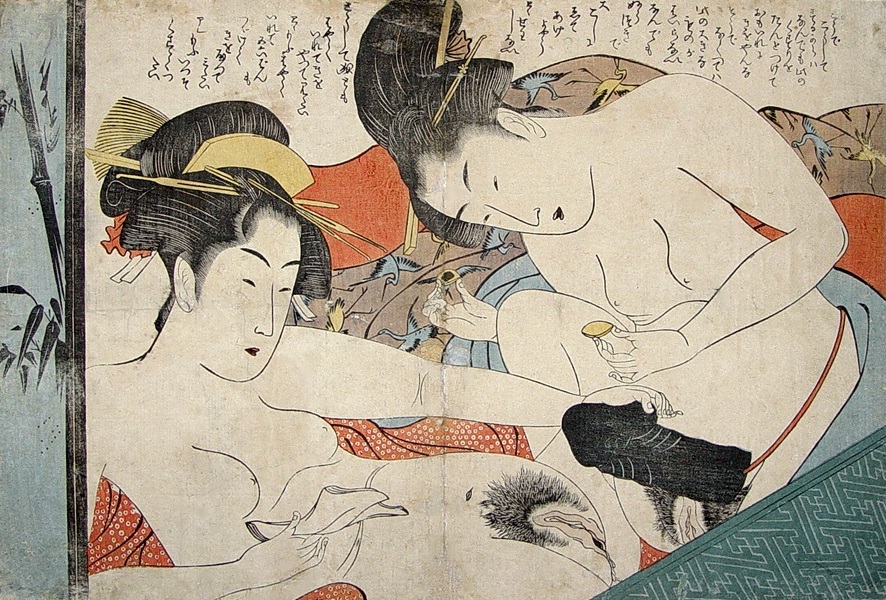 ‘Lesbian couple with harigata (c.1801)’ from the series ‘Fumi no kiyogaki (Models of Calligraphy)‘  by Chokyosai Eiri

Translation of the text in the print

This is not strictly speaking a lesbian encounter. In the Edo period it was widely believed that dildo’s were use by ladies-in-waiting in the woman’s quarters of samurai mansions. They were necessary because this was a world without men, rather than being an expression of affective love between women.

But were dildo’s really in widespread use among ladies-in-waiting in the Edo period? Surely this is, rather, “the world of the lady-in-waiting as imagined by common townspeople.

Ukiyoe-expert dr. Richard Lane comments the following on the original Eiri design in Models of Calligraphy: 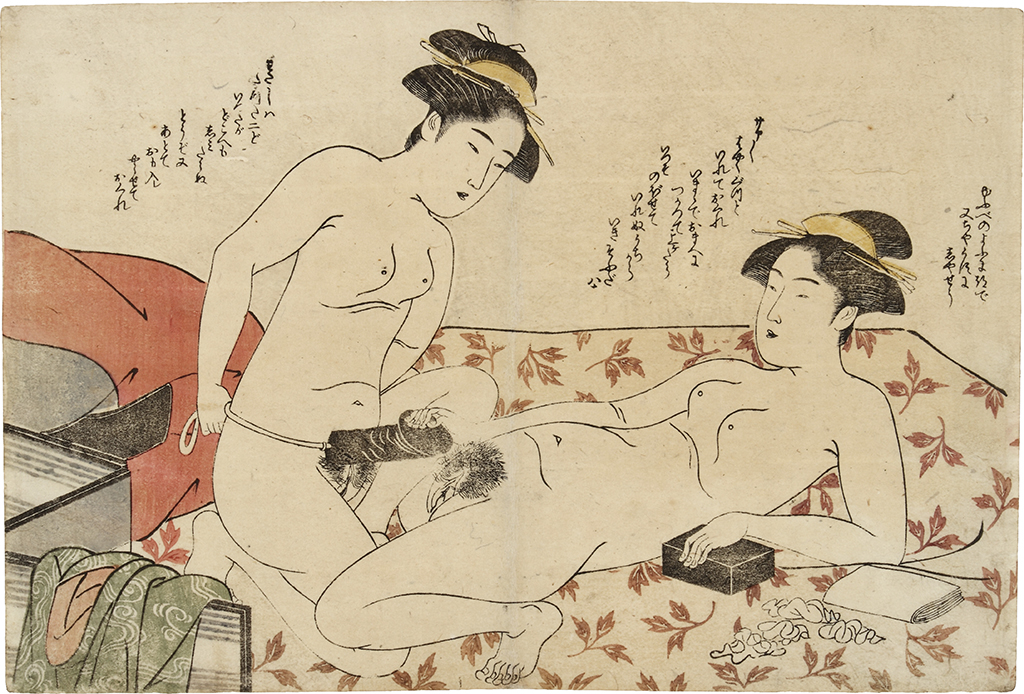 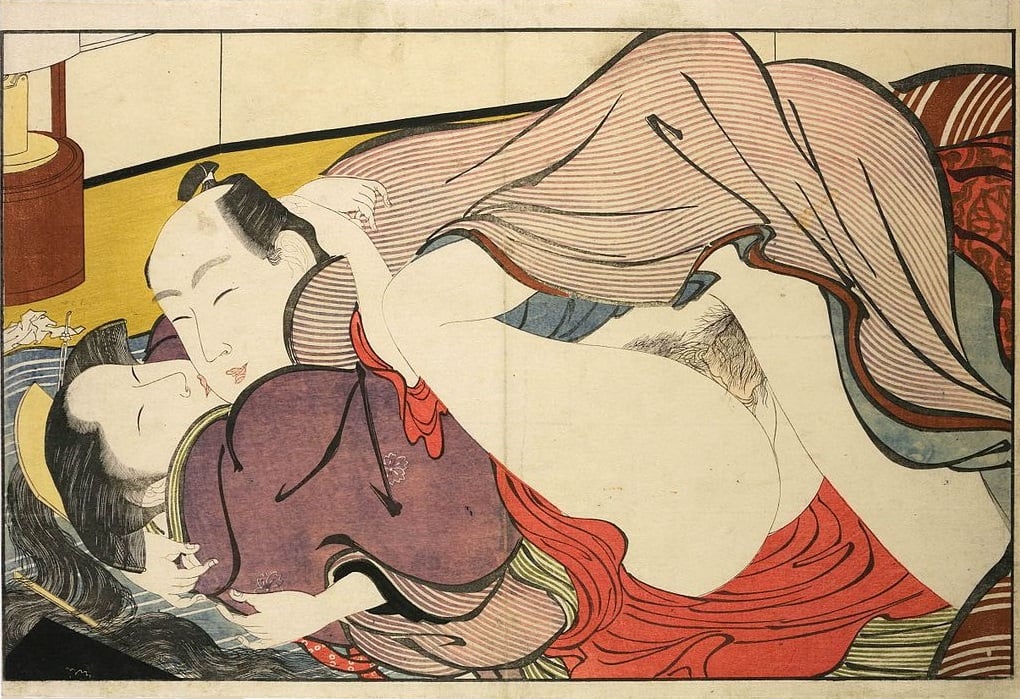 Thanks for your comments and grammar corrections, Max. I will take it into account in my future posts.