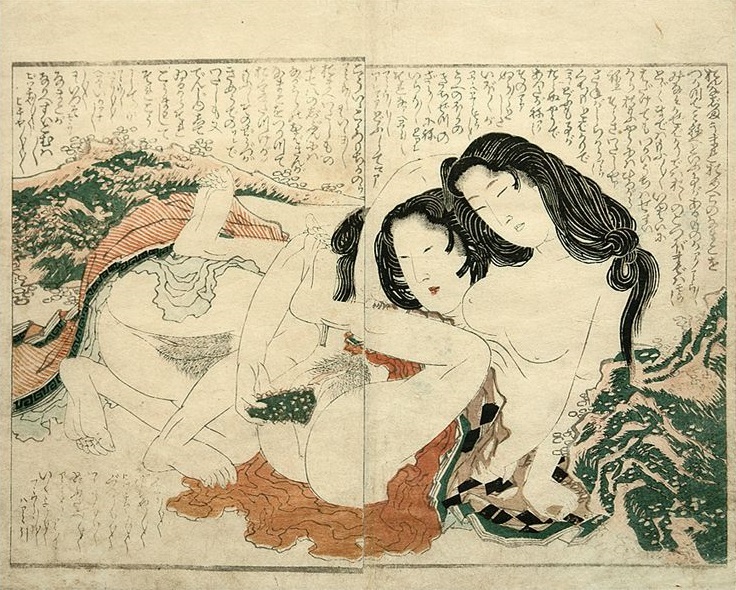 Hokusai took an interest in the nude figure in a way that was rare in Japanese art. Such an impression is reinforced by the manner in which he drew it, which is far closer in concept, if not in style, to Western expressive considerations.

Hokusai is indeed reputed to have used his daughter Oi, who was also an artist, as a model for such prints (just as Utamaro is said to have made preporatory studies from his younger sister). His nudes, for all their linearity, have about them the air of direct observation as opposed to the more schematic, more conceptualized, representations of the majority of his colleagues.

Please don’t be reluctant if you have any questions or want to add comments, remarks, or suggestions for other subjects, artists…etc. in future articles! I will refer to you in that particular article! 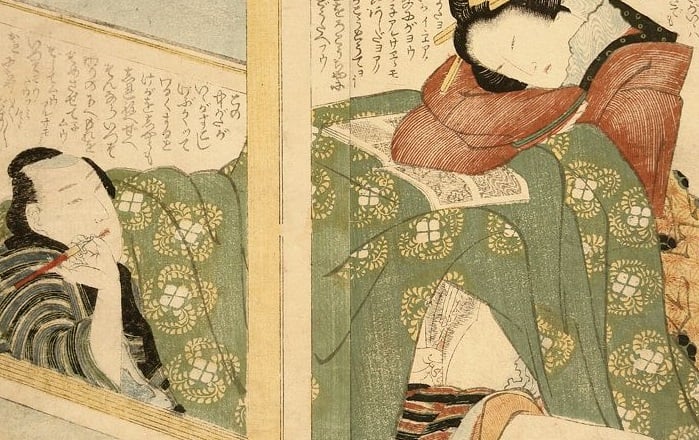 The Tricky Advances Underneath a Kotatsu Heater
18 november 2018 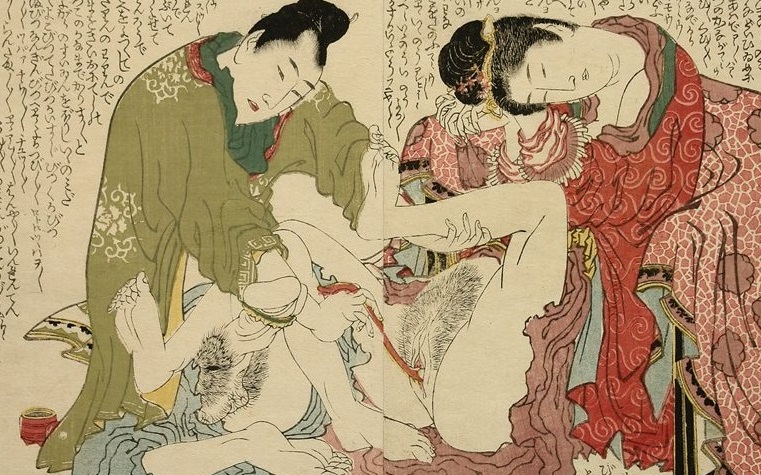