Jean-Honoré Nicolas Fragonard (1732-1806) was a prolific artist who left more than 550 paintings. Despite his productivity, Fragonard was completely ignored in the 19th century, probably, because his art belonged to the pre-revolutionary period of Louis XV. Nowadays, he is known as a prominent representative of the rococo style, along with his mentor François Boucher (check out our article on his art!). The world of Fragonard is vivid, hedonistic, and sensual. His detailed depictions of idyllic lovers are masterfully performed and curious to watch. Unlike explicit eros of Boucher's paintings that can be compared to "laughing" shunga pictures, the eroticism of Fragonard is subtler, like titillating abuna-e images. 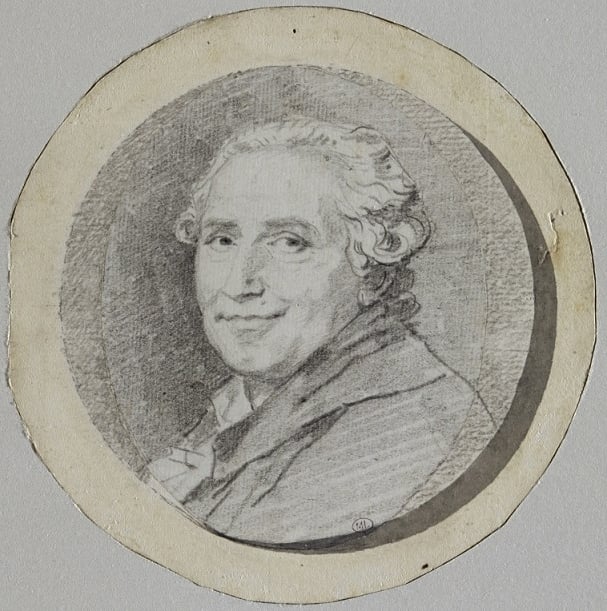 Fragonard's father, a glover, initially didn't want his son to become an artist. Jean-Honoré apprenticed to a Parisian notary for a short period, but his aspiration for art was so strong that at the age of eighteen, he was sent to François Boucher. The latter was an acknowledged painter and demanding mentor. He refused to teach an inexperienced youth, though, admitting his talent. Fragonard had to go to Chardin for initial training and returned to Boucher six months later. The apprentice learned very fast, and soon Boucher entrusted him with making replicas of his paintings. Remarkably, Fragonard won the Prix de Rome not being a student of the French Academy. In 1756, having learned all known by French artists, he traveled to Italy to sharpen his skills and study old masters. The Italian landscape with its' grottos, gardens, and fountains would be widely presented in his paintings. 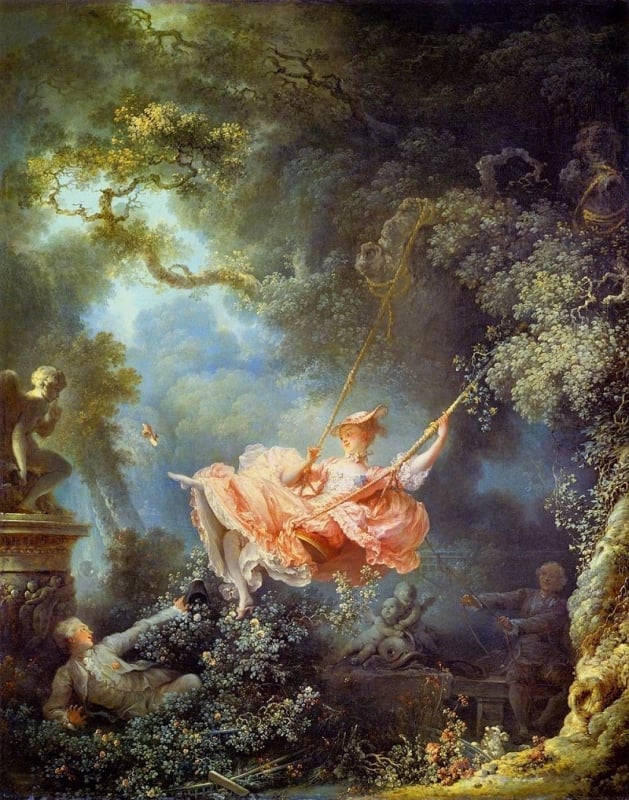 One of the most famous of Fragonard's paintings is The Swing (1767) or The Happy Accidents of the Swing (fig. 2). It depicts a young woman on a swing pushed by an older man who holds the ropes. The woman is being watched by her young lover hidden in bushes. His position (and her leg, lifted intentionally) allows him to look at what's under her dress. The shoe of the flippant lady flies towards the statue of a putto with a gest of silence. Two more putti straddle a fish (an attribute of Venus) that may be an additional symbol of silence and secrecy. The figure of the woman, her youth and beauty, is emphasized by light, so the viewer is supposed to look at her through the eyes of her devotees. Allegedly, this painting emerged because one of the courtiers of Louis XV commissioned Gabriel François Doyen to paint him and his mistress. According to the original plan, the man pushing the swing must be a bishop, which would make the painting even more frivolous. Doyen didn't dare take such a risk, so the courtier asked Fragonard. The artist depicted a layman instead of the bishop. Nevertheless, the painting is filled with subtle pastoral eroticism of the rural estate. 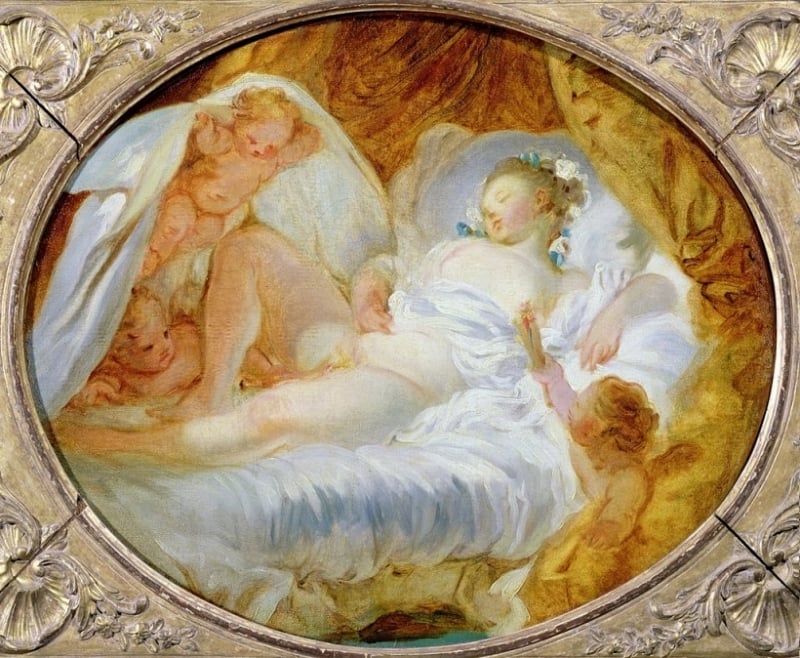 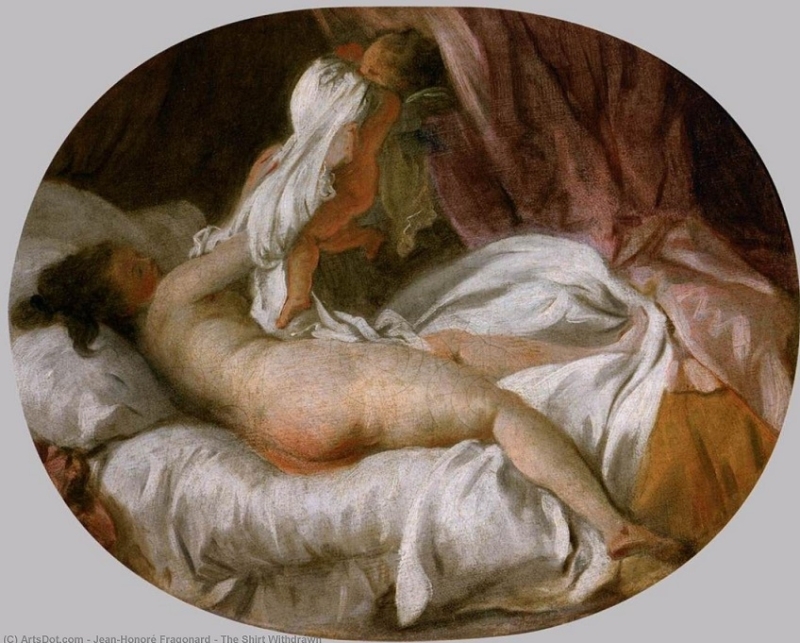 To Visualize a Metaphor

Le Feu aux Poudres (The Burning Flame, fig. 3) is a less known, though not less amusing, painting by Fragonard. Three mischievous putti frolicking in a bed of a sleeping young girl provoke her sensual dreams. One putto lifts a blanket to let the two... well, literally set the girl's private parts on fire. By the way, the burning torch is an attribute of Cupid (putto) along with his famous bow and arrows. Fragonard's picture allows us to learn what it should be used for. The flame in the picture has a double meaning. On the one hand, it serves as a central element in this visualization of a metaphor of sexual arousal. On the other hand, it covers the private parts, thus, performing a censoring function. Speaking of little putti as depicted by Fragonard, we can call them a sort of naughty erotic pixies. For example, in The Shirt Withdrawn (fig. 4), a putto takes away the girl's clothes. 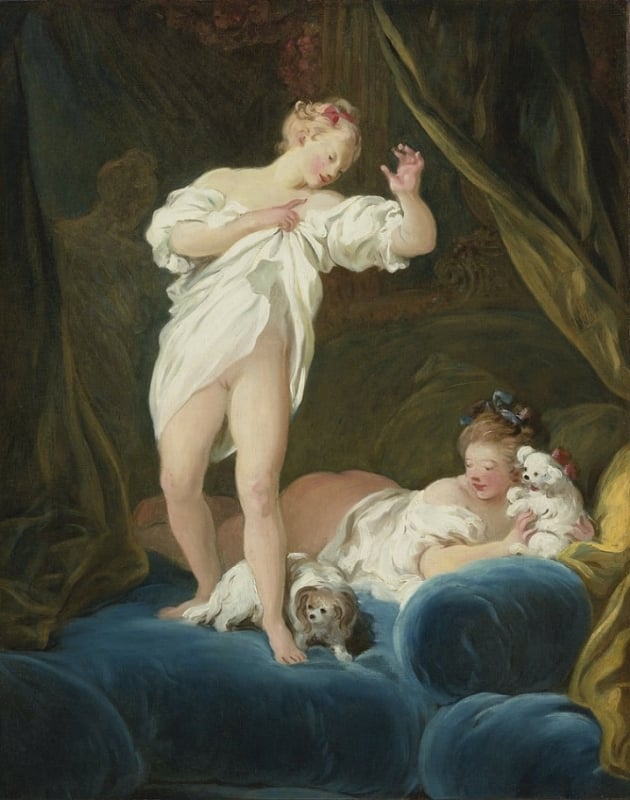 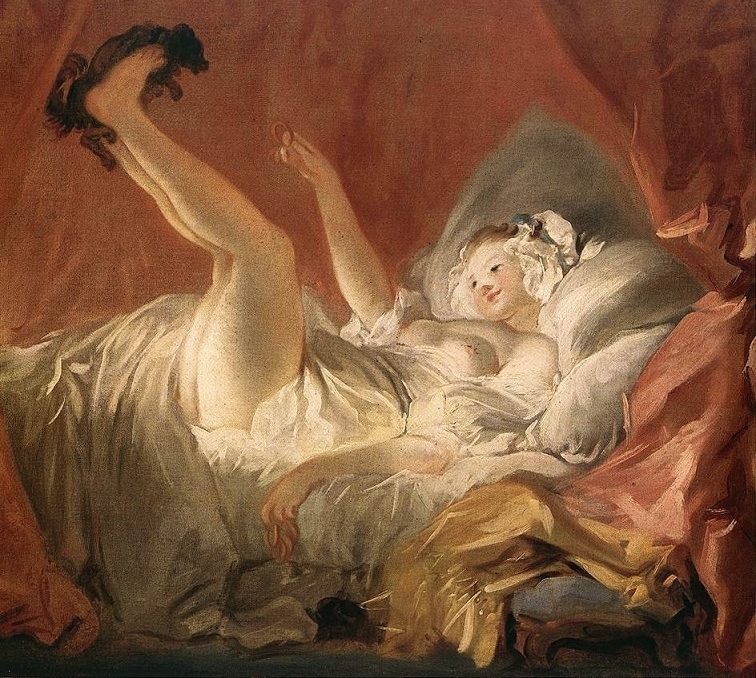 The devotees of Kuniyoshi's shunga pictures may know that his favorite animal was a cat, as he depicted cats almost in every piece. When it comes to Fragonard, the frequent character of his paintings is a small dog, though, it can be explained not by the artist's sympathy but by ladies' tendency to own a toy companion (fig. 5, 6). Having fun with a pet is Fragonard's pictures' recurrent motif that involves occasional eroticism. 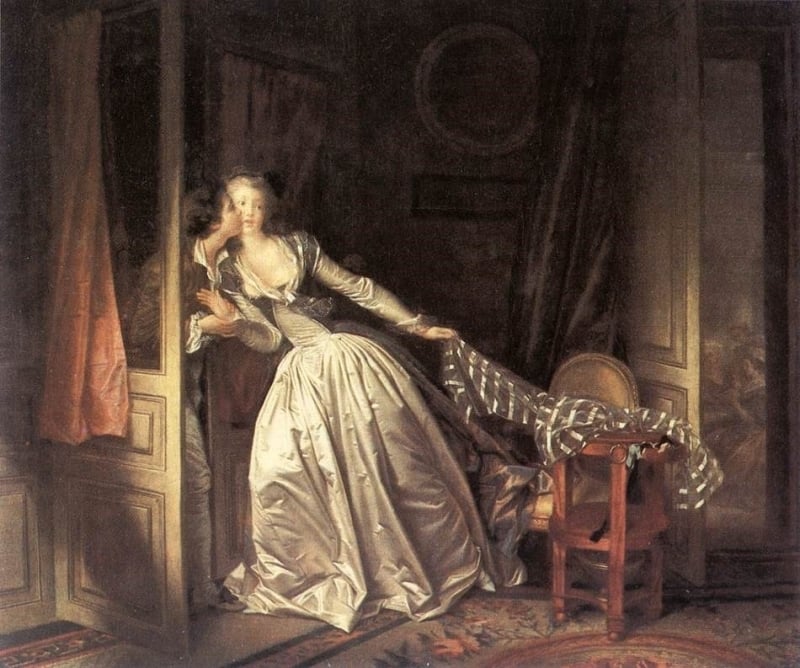 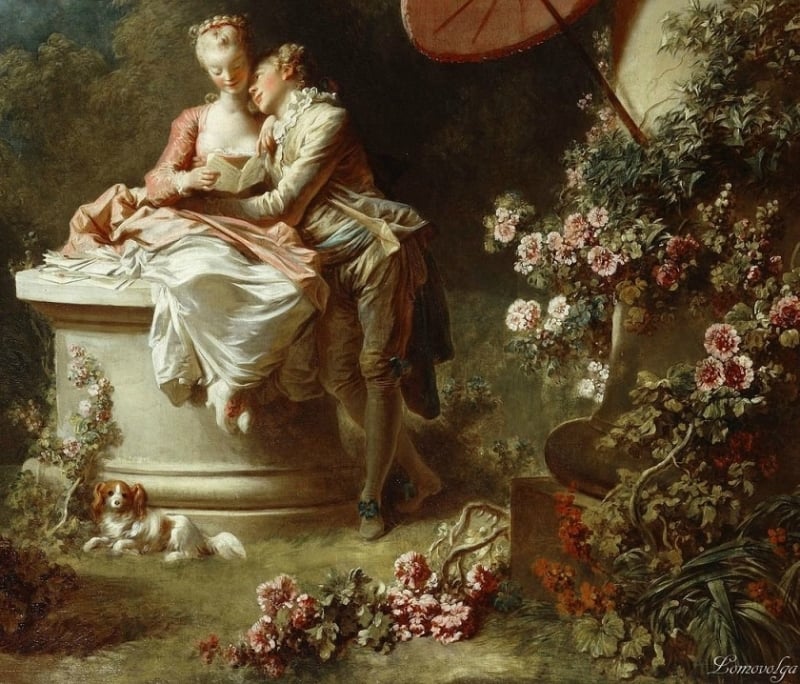 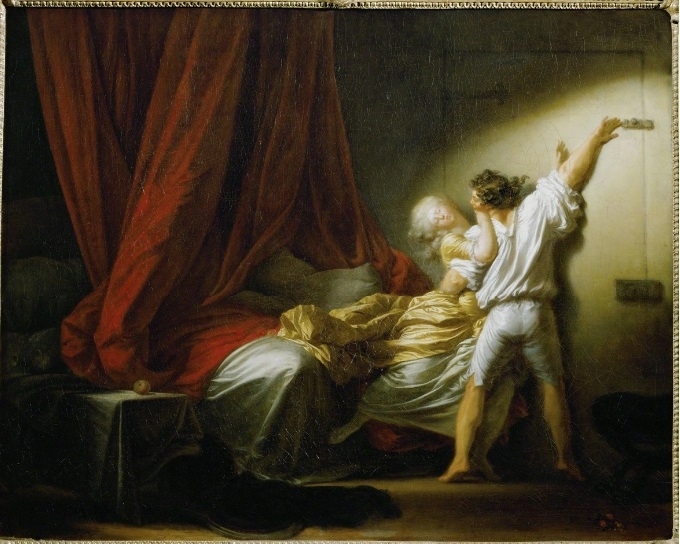 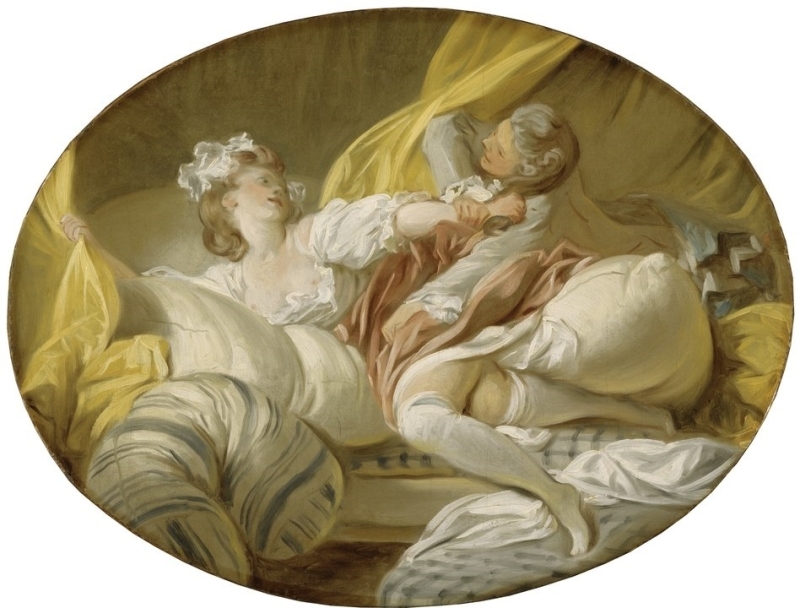 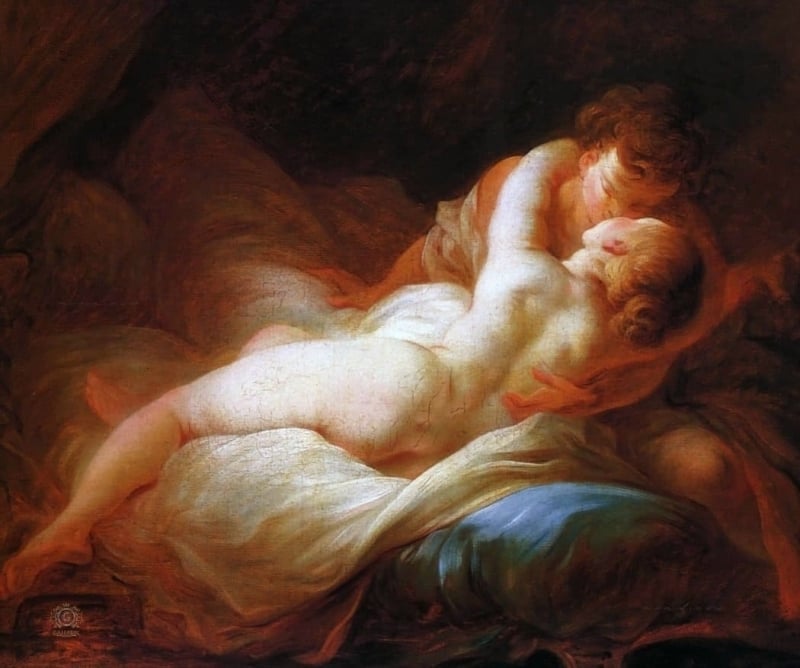 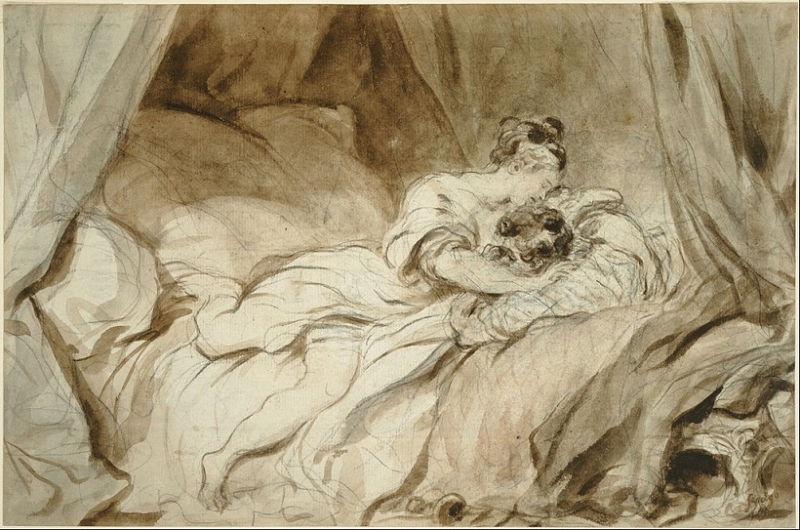 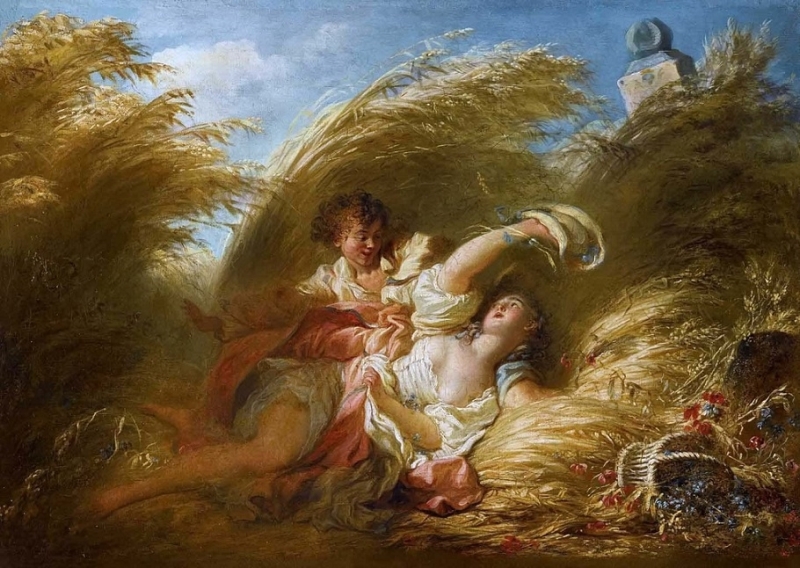 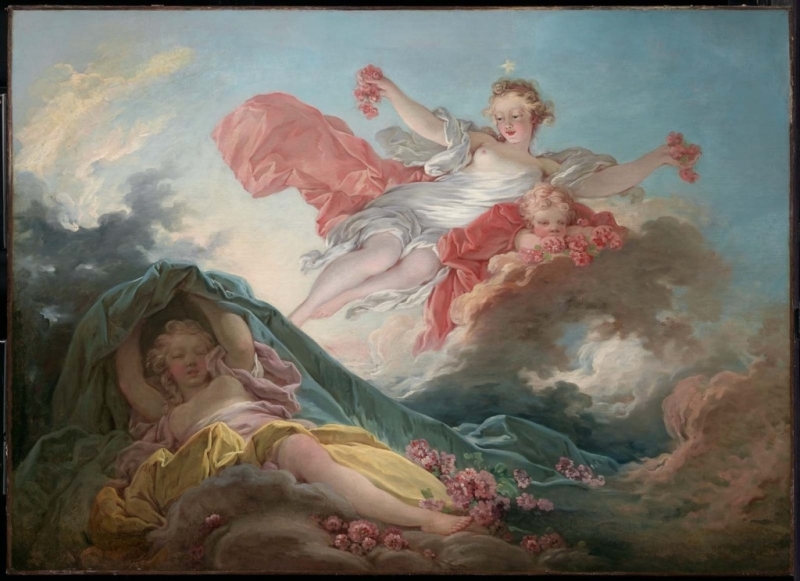 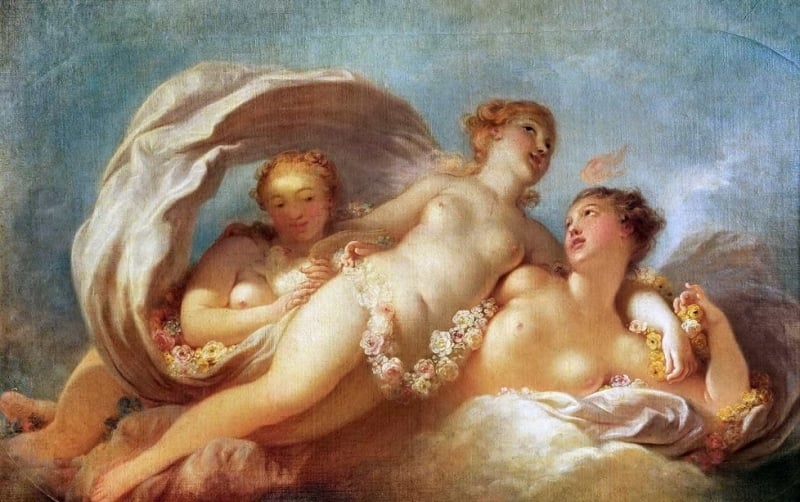 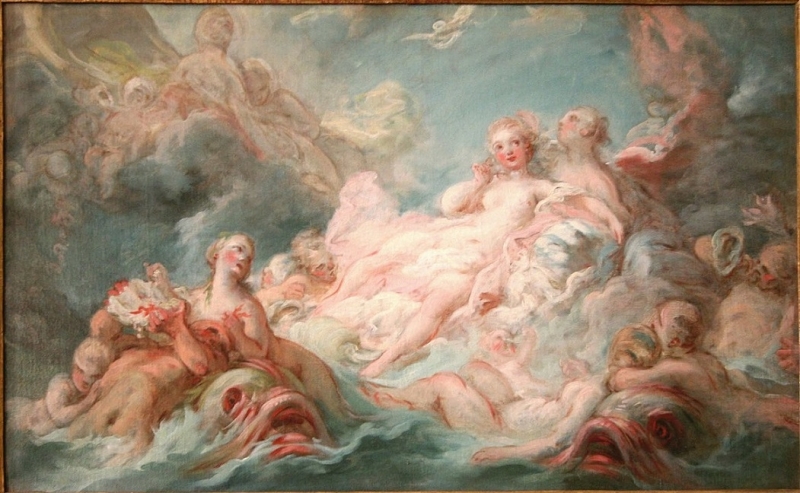 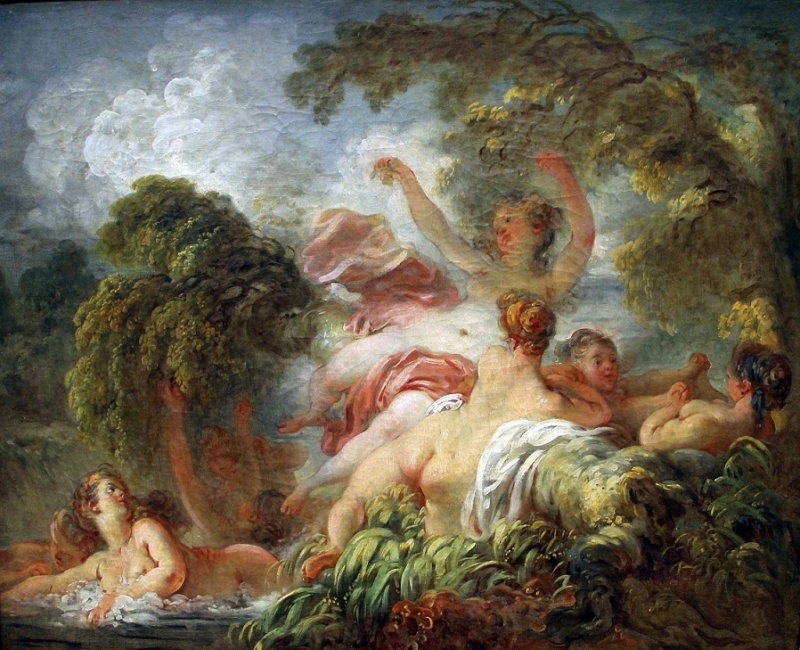 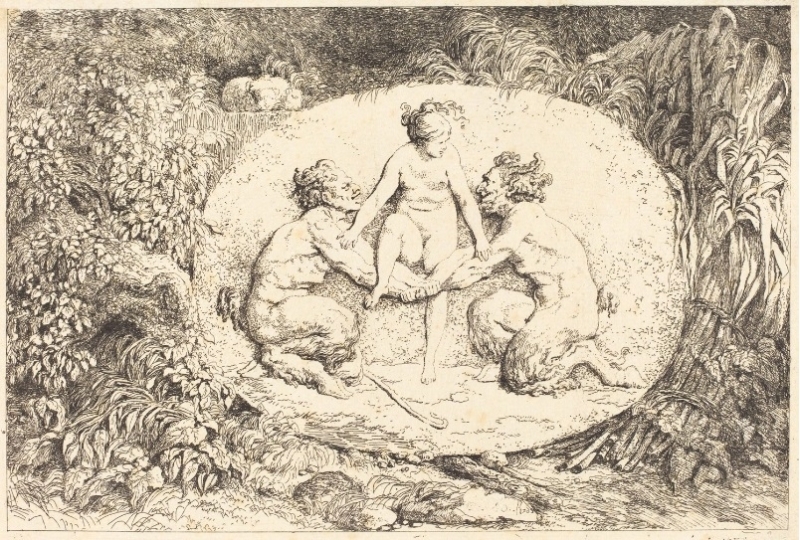 Let us know your thoughts on Fragonard's rococo art in the comment box below....!!

Thanks a lot for sharing your thoughts Carmelo!