This is the third time that the Swedish Senju Shunga (1968) pays tribute to a classic work of art. Recently he finished a melancholic rendition of John Everett Millais’ Ophelia and a couple of years ago it was Gustav Klimt‘s ‘The Kiss‘. This time he decided to challenge himself and create his own version of Sandro Botticelli’s The Birth of Venus (c. mid 1840s).

Since Senju’s work is strongly influenced by Japanese art and shunga in particular, he initially struggled to find a way to feel comfortable on the one hand, but challenging at the same time. He found this path when he left Botticelli’s concept of Roman mythology of the fertility goddess Venus (Aphrodite in Greece mythology), and instead focused on the planet that bears her name. 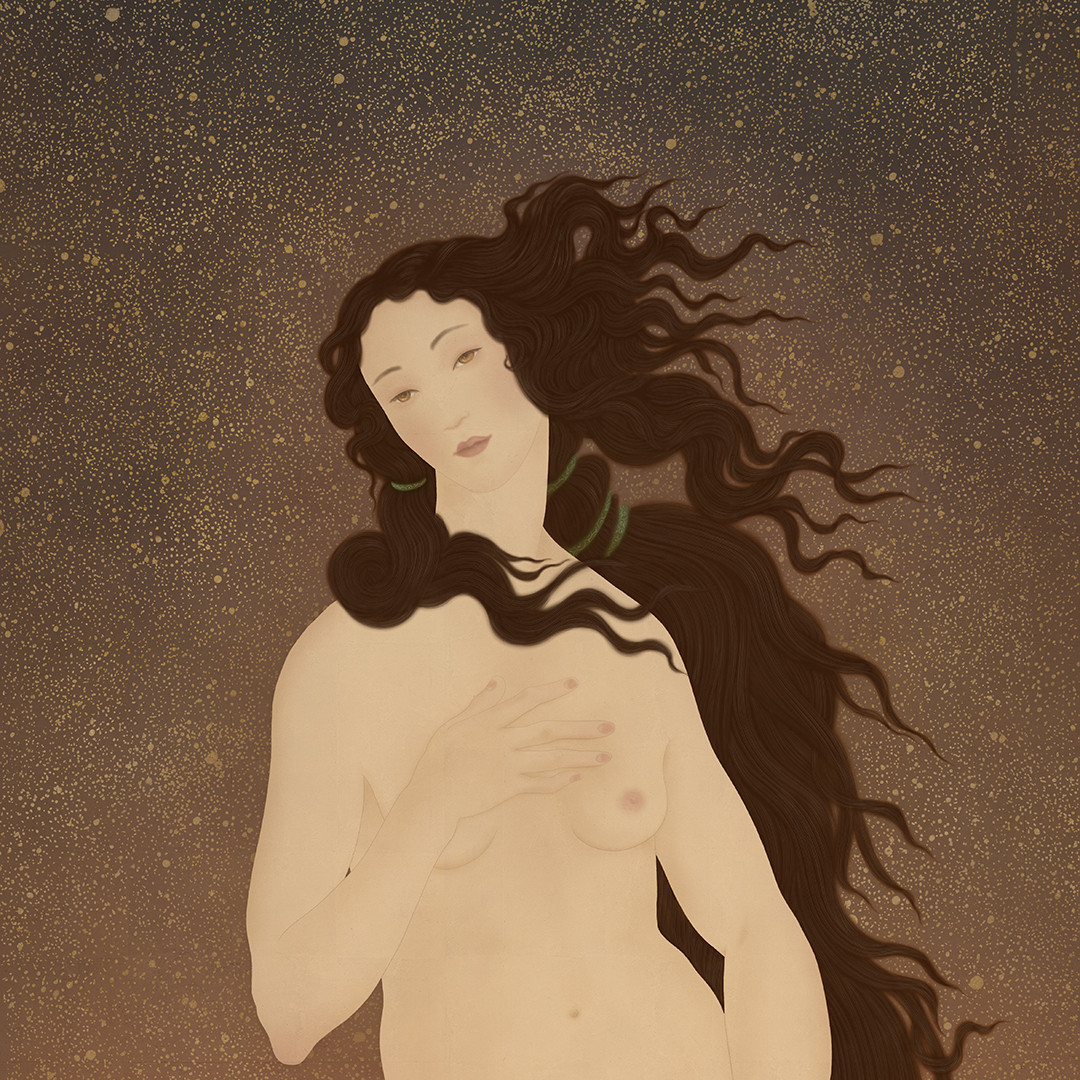 While studying Japanese mythology and history, he discovered some interesting things. For instance, that Venus is one of the 9 Luminaries and associated with the weekday Friday and the element metal. Metal attracts dew which rise into water and in shunga water is often used as a sexual symbol. 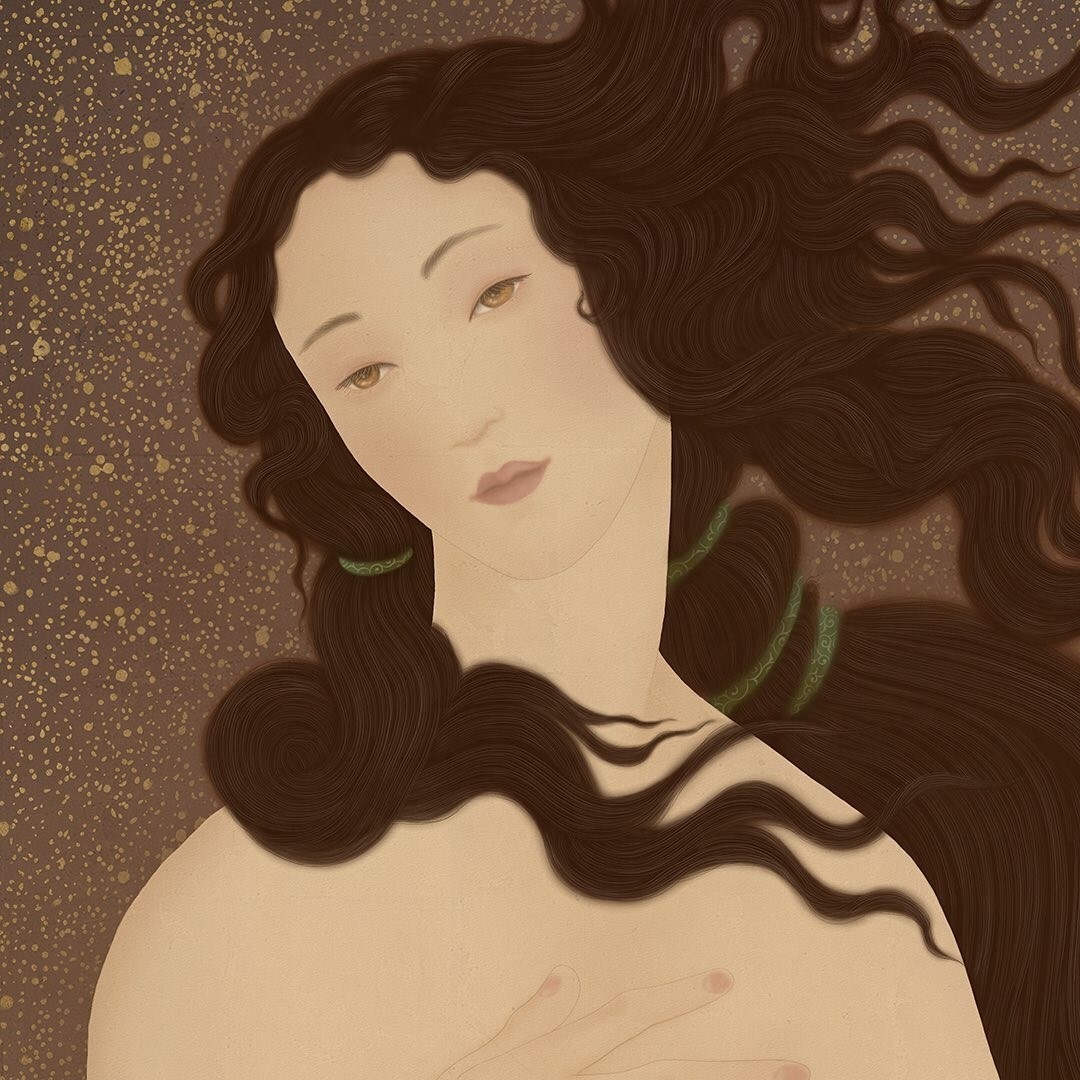 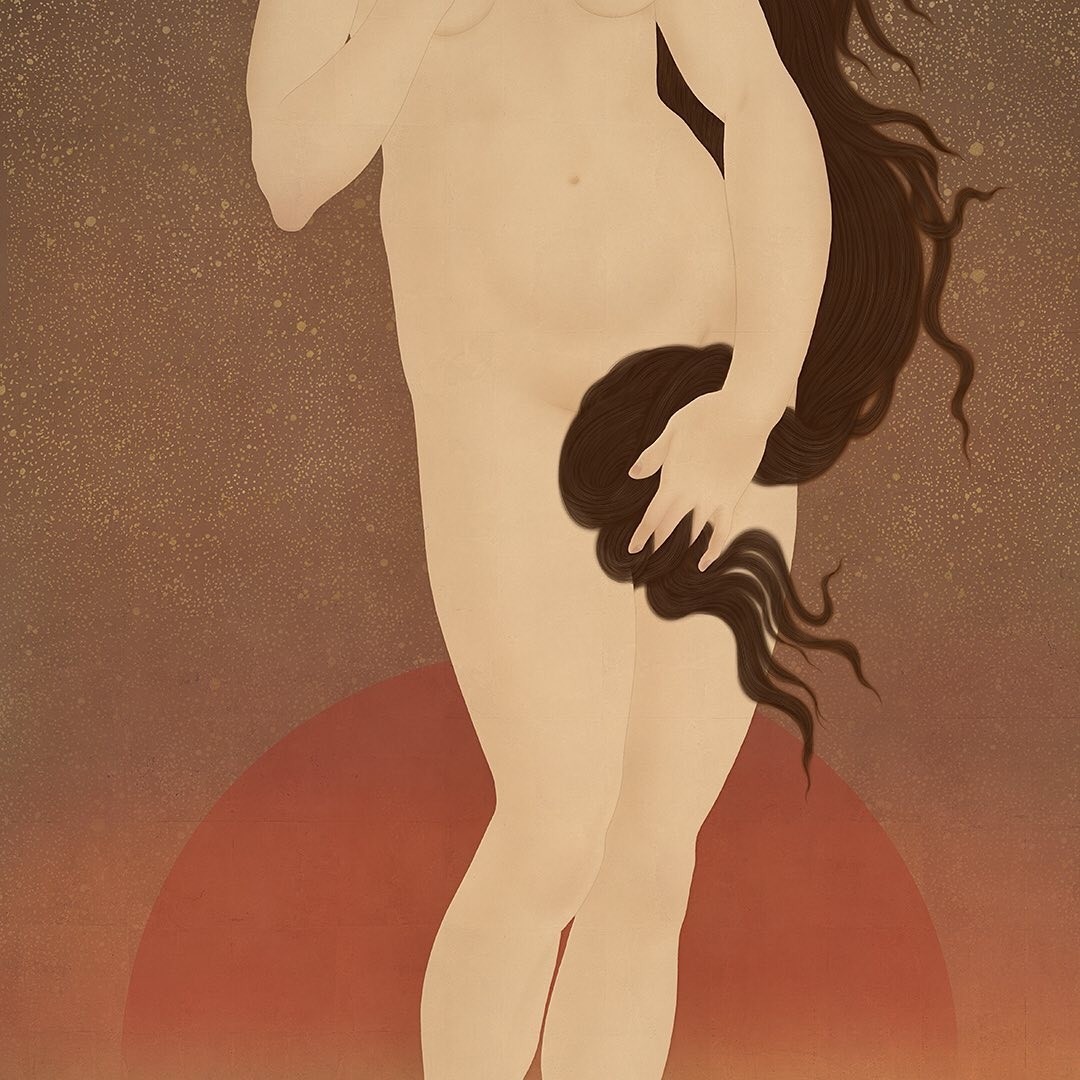 Another source of inspiration were the portrayals of Venus in ancient China (1st and 2nd century) in which she was dressed in white robes and playing a lute. Senju also replaced the giant sea shell in which Venus stands on, by a more curved and irregular conch shell that reminded him of a vagina. The blood red water symbolizes female strength and the sky with its countless stars remind us of the immensity of the universe and our connection with everything in it. 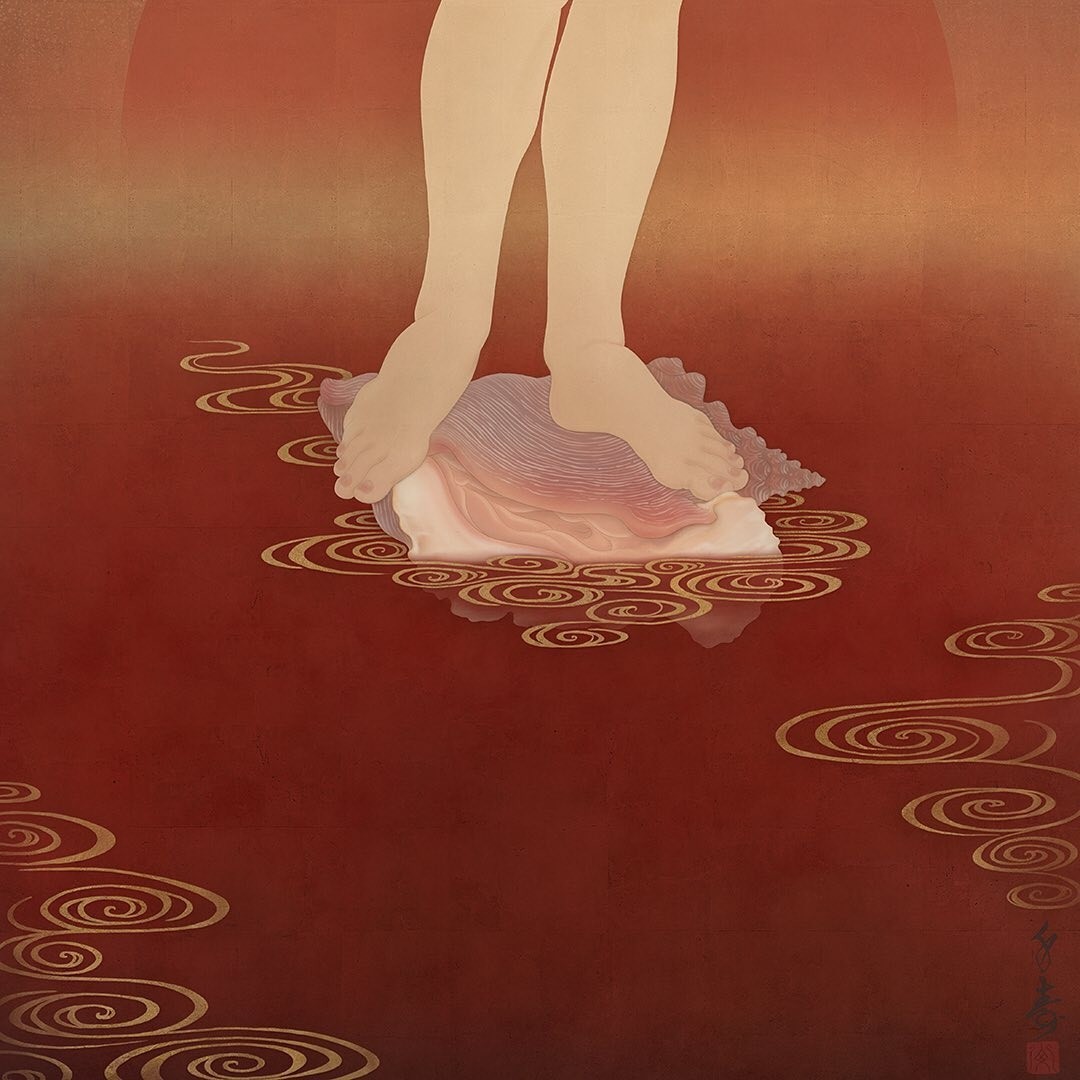 Click HERE for an article in which the artist gives extensive background info on one of his sensual pieces entitled ‘AO (Blue)‘…!!

More about the above work on the artist’s website…!!

What do you think about Senju’s version of The Birth of Venus? Leave your reaction in the comment box below…..!!

Venus in shiny space... Very tender work! Btw, as far as I know, Venus is associated not with abstract metal but with copper or, by another name, cuprite, which means red copper (cuprum in Latin). Also, the concept of a vulva-shaped shell was perfectly used in Odilon Redon's Birth of Venus.

Thanks for the references Darya, I obtained the info about metal from the artist's site. but the red is certainly present in this painting.