Ever since the start of Shunga Gallery we’re following the creative evolvement of the modern shunga artist Senju Shunga (1968) closely. This clearly shows how the artist’s aesthetics are increasingly taking shape. His latest ghost painting Botan Doro: Tale of the Peony Lantern is a nice example of this.

In this work he brings together many of his European and especially Japanese influences, including Ukiyo-e, Nihonga, Shin Hanga, Impressionism, Post Impressionism, Art Nouveau and Pre-raphaelite artists and their work. The size is at the same time comparable to that of the Art Nouveau posters from early 20th century Europe, but also to the kakemono-e prints from the ukiyo-e art. The theme and symbolism come from ancient Japanese mythology but the rendering is closer to that of the realistic style of the Shin Hanga movement and the rhythmic, varied, placement of the figure and the bloody moon-like halo effect, remind of the lithographs of the Art Nouveau illustrator Alphonse Mucha (1860-1939 – Fig.1). The picture tells the Japanese ghost story (kaidan) of Botan Doro (牡丹燈籠, The Peony Lantern) that is both romantic and horrific. It is one of the most famous kaidan in Japan. The plot includes the theme ‘sex with the dead’ and the aftermath of loving a ghost. The samurai Shinshaburo fell in love with the courtesan Otsuyu. Otsuyu and her maid-servant both die and visit Shinshaburo as ghosts. From a story by Sanyutei Encho (1891), who was an oral storyteller famous for his kaidan narratives.

Botan Doro was a laborious project for the artist as it took him a long time to figure what was missing. The eerie floating flame (hitodama) that accompanies the ghost was the missing link that completed the painting and that did not reach the artist until late. The peony lantern was also a challenge. Senju on Instagram, ‘The peony lantern for my almost complete new work “Botan Dōrō” took many days to finish. Not because it’s big or especially difficult to paint once you solved it. Rather it is the usual case of skill set not matching my ever expanding inner vision. Imagining how persons, objects and the environment they inhabit should look is far from, being able to paint that pretty picture.’ 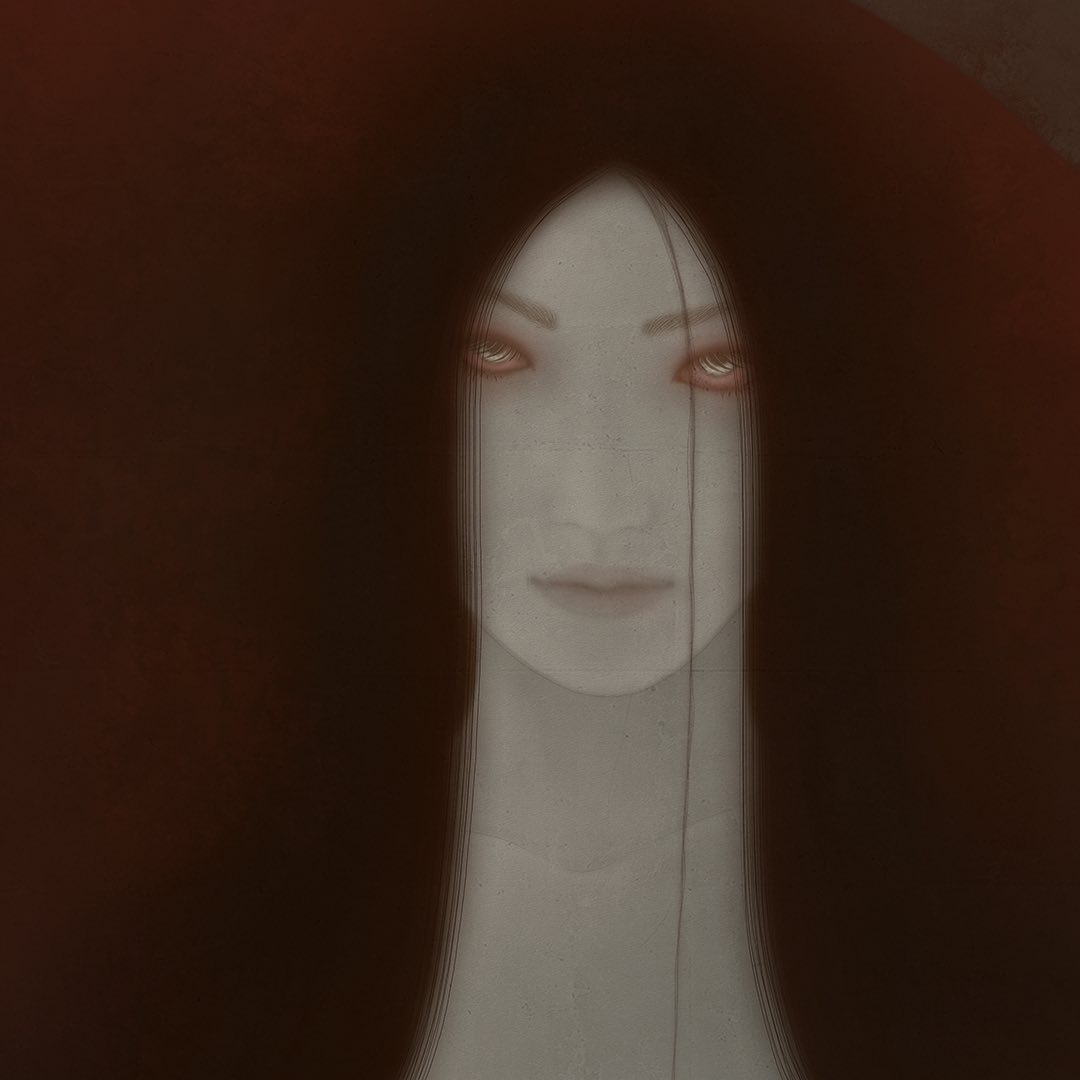 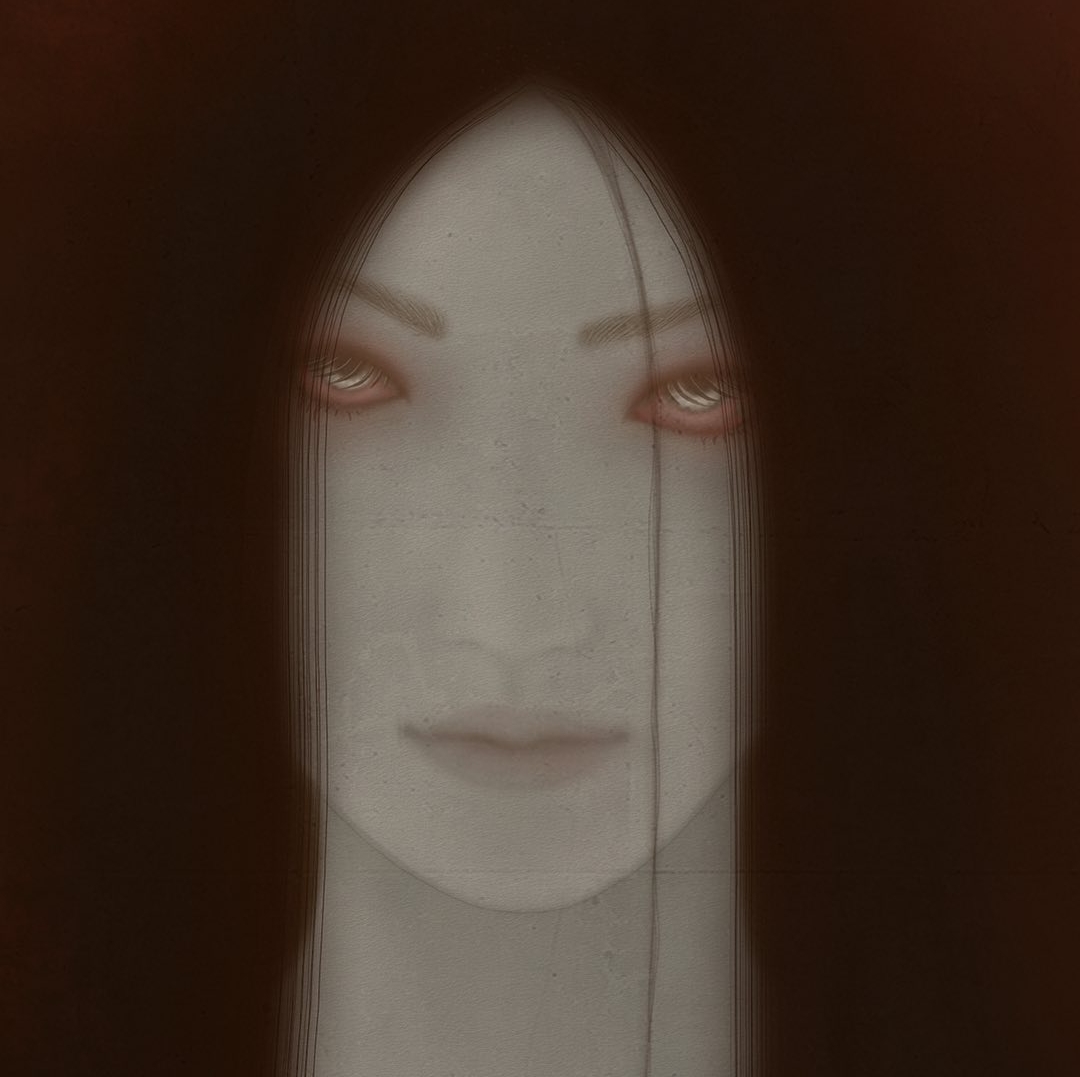 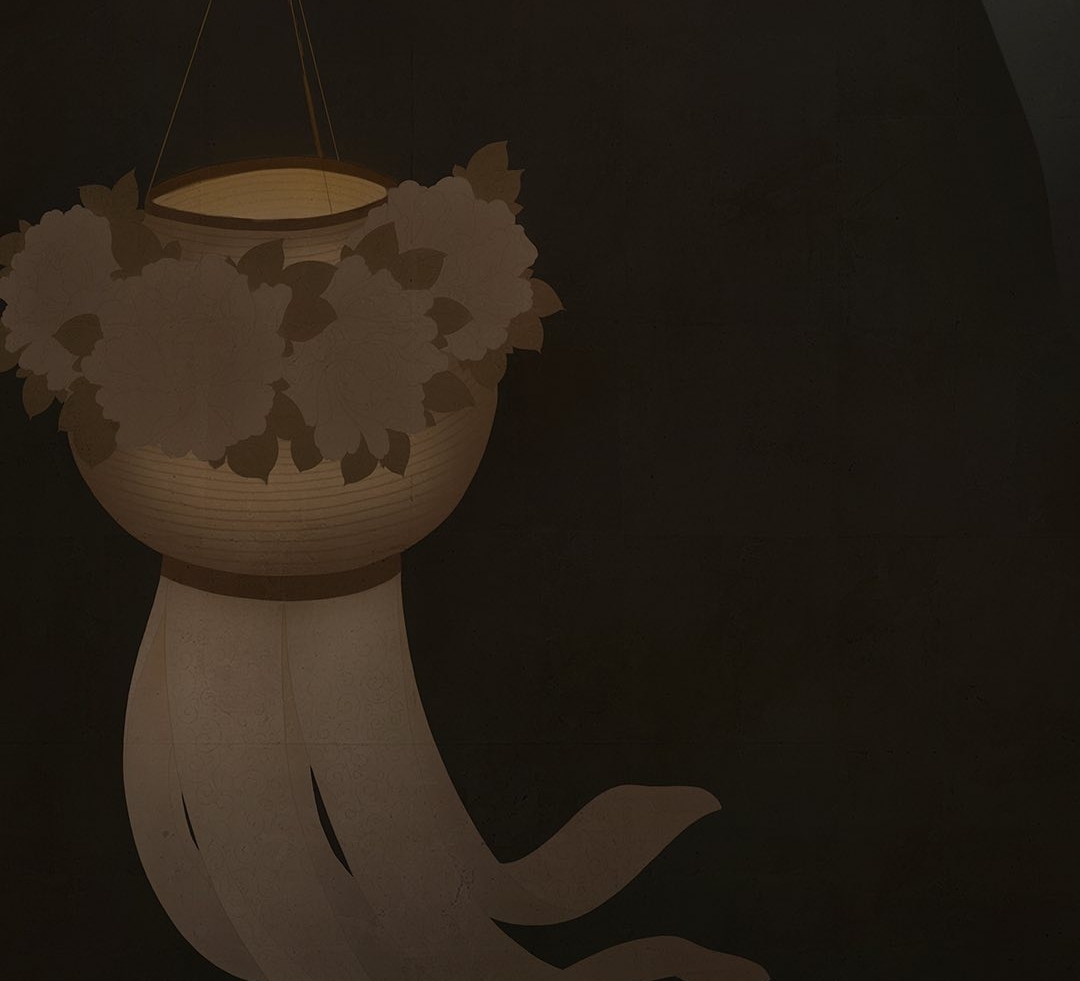 The Meiji artist Tsukioka Yoshitoshi also produced a design on the Botan Dōrō theme (Fig.7) for his New Forms of Thirty-Six Ghosts  (Shingata sanjûrokkaisen) series (1889-1892). This was the artist’s final series (immediately recognizable by the deliberately uneven, worm-eaten border), the last three of which appeared shortly after his death on 9 June 1889. In contrast to his earlier work here he prefers to show moments before or after the act of violence. The implicit tension is thus more subtly conveyed. Fig.7. ‘The ghost of Otsuyu and the peony lantern‘ (c.1889-92) from the series ‘New Forms of  Thirty-Six Ghosts  (Shingata sanjûrokkaisen)’ by Tsukioka Yoshitoshi

This is plate 27 from the series depicting the ghosts Otusyu and maid who are on their way to visit Otsuyu’s lover, Shinshaburo.

What do you think about this new “ghost” piece? Leave your reaction in the comment box below….!!

Japanese Vogue in the Photographs of Yasuzō Nojima
29 maart 2021