Senju's Sensual Encounter With a Ghost

In our first interview (question 9) with Senju Shunga we already addressed the artist's encounter with a ghost shortly. Now he created a work that is a visual translation of this memory that occurred almost a decade ago. Below the end result and an anecdote by the artist on this mysterious meeting... 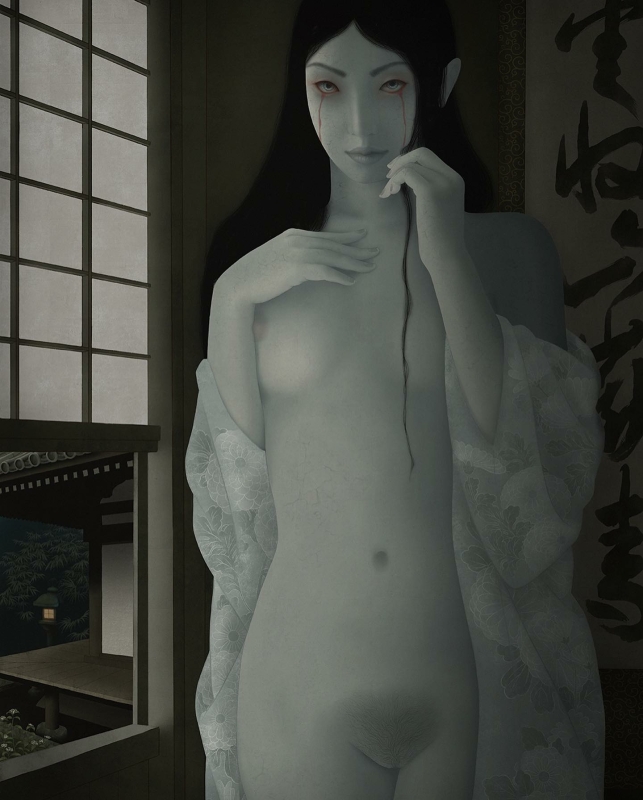 Let me tell you about the ghost I met in Japan. Nine years ago, shortly after my divorce, I visited a Zen master in his temple deep in rural Gifu prefecture. It was my first time travelling there, but I had the good fortune to be in the company of a friend who had been there before. Upon arrival, we first helped the master out by cleaning the garden. After spending hours sweeping the gravel walkways, picking up dead branches and cleaning out cobwebs among the trees, we sat down in the temple kitchen for tea and a chat with the master.

After an hour or two had passed, we realized that we were hungry. The master suggested we take his car to a small town nearby where we could enjoy some sushi and beers. After we had filled our bellies and gotten a little tipsy from beer and laughter (yes, some Zen masters o drink alcohol, and I have found most of them quite humorous), we returned to the temple. 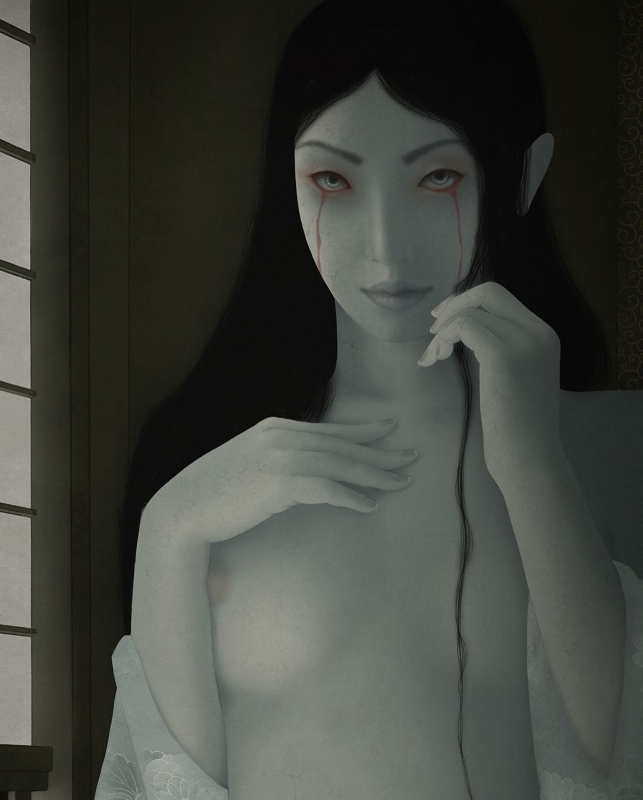 The autumn night was now pitch black, as it is in rural Japan. We were by now quite tired and decided to go to bed. We were supposed to get up at 5.30 the morning after for zazen ( seated meditation) with the master. My friend quickly chose one of the rooms in the monk's quarters and pointed me to another. I immediately fell asleep. A few hours later, I abruptly woke up. The room was just as dark as before. Suddenly a vaguely human shape of soft light entered the room silently through the closed door. It floated up to my bed and stopped. I experienced no fear, just a feeling of quiet wonder and a soothing stillness. It felt like the shape was female. She was looking down on me as I lay in the bed. Perhaps two minutes passed like this, after which the ghost floated out of the room again. I was left alone in the dark. 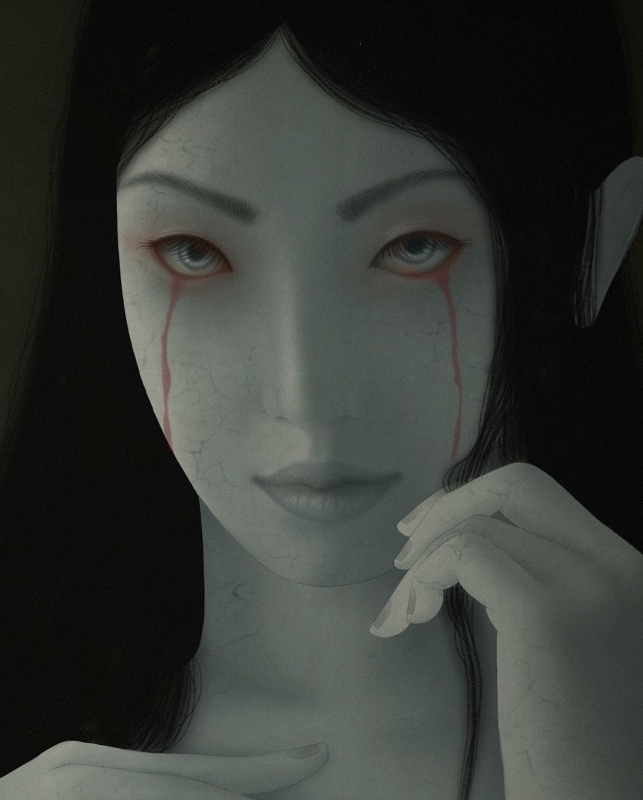 In the morning, I met my friend in the kitchen. He asked how my night had been. I said, "Fine, but there was a ghost in my room". My friend answered, "I know. I stayed in that room last year, and that ghost had sex with me. It was crazy! I thought perhaps you would enjoy such a night after your divorce". A little bit disappointed, I told him about my own experience. To this very day, I wonder if I truly met a ghost in that old temple in Gifu prefecture.

This new work can be obtained on the following page