No Taisho era artists who worked in shunga are known by name, but the talented artist of this “bestiality” work left a characteristic red “penetration” signature (Fig.1, 7, 12 and 14) that is also on other paintings from the same era we have in our collection.

Remarkably, all the females in the scenes have their eyes closed and most of the animals perform oral sex, except for the fox and the cat… 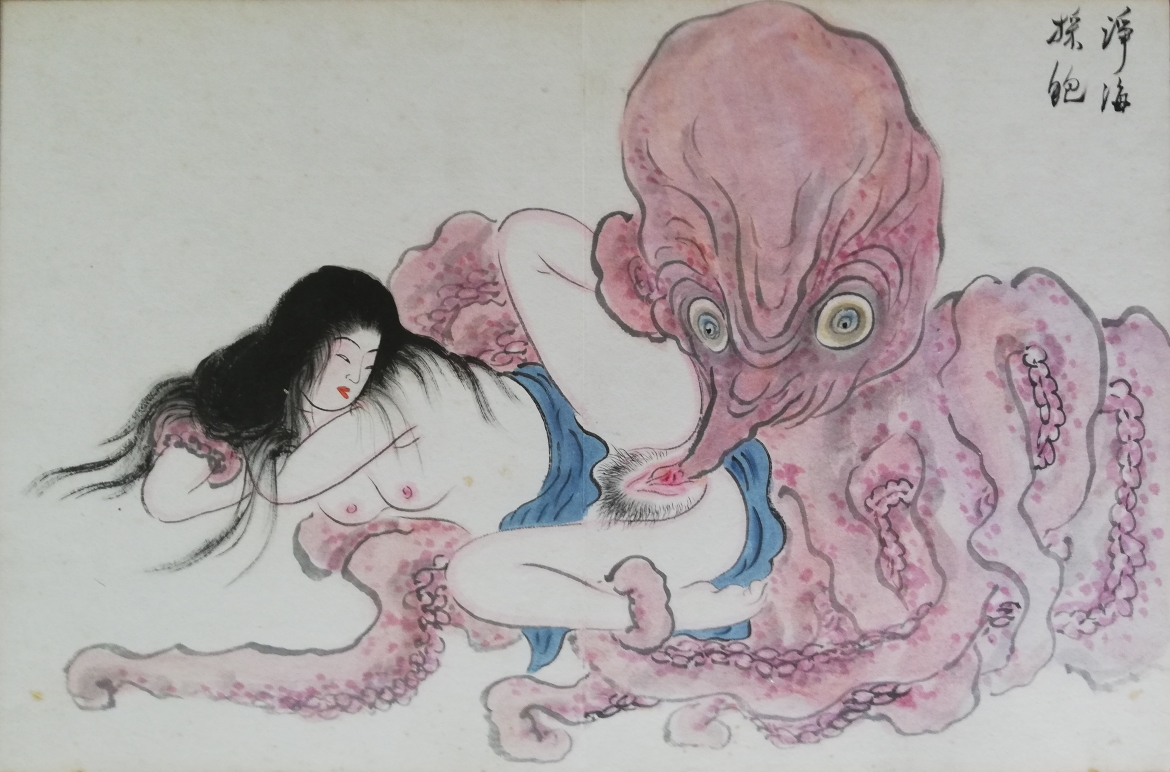 ‘Front cover of the album‘

Click HERE for another sensual piece by the same artist (compare the red signature!) featuring an electric fan (!)…!!

*Baku is a Japanese supernatural spirit that devours dreams and nightmares. Therefore it is also known as the ‘dream eater’.