Why Is Oral Sex Seldomly Seen in the Art of Shunga?

A couple in a similar pose as the previous Kunisada design with the man lighting the lantern behind them and his female lover performing oral sex on him.

A rare Kuniyoshi design with the couple performing mutual oral sex in the sixty-nine pose.

An intimate couple focusing on each other’s genitals.  The big gold-lacquered screen behind them portrays a spring scene with swallows and peonies. A nice detail is the foot of the woman directing the man’s hand.

‘Couple in the 69 pose underneath a mosquito-net‘ (c.1900) by an unknown Meiji artist

‘Male licking the private parts of his female lover‘ (c.1840) attributed to Kuniyoshi

‘Close-up of a couple performing oral sex on each other‘ (c.1930) by an unknown Japanese artist

Another impression from the previous Kunisada II design with text 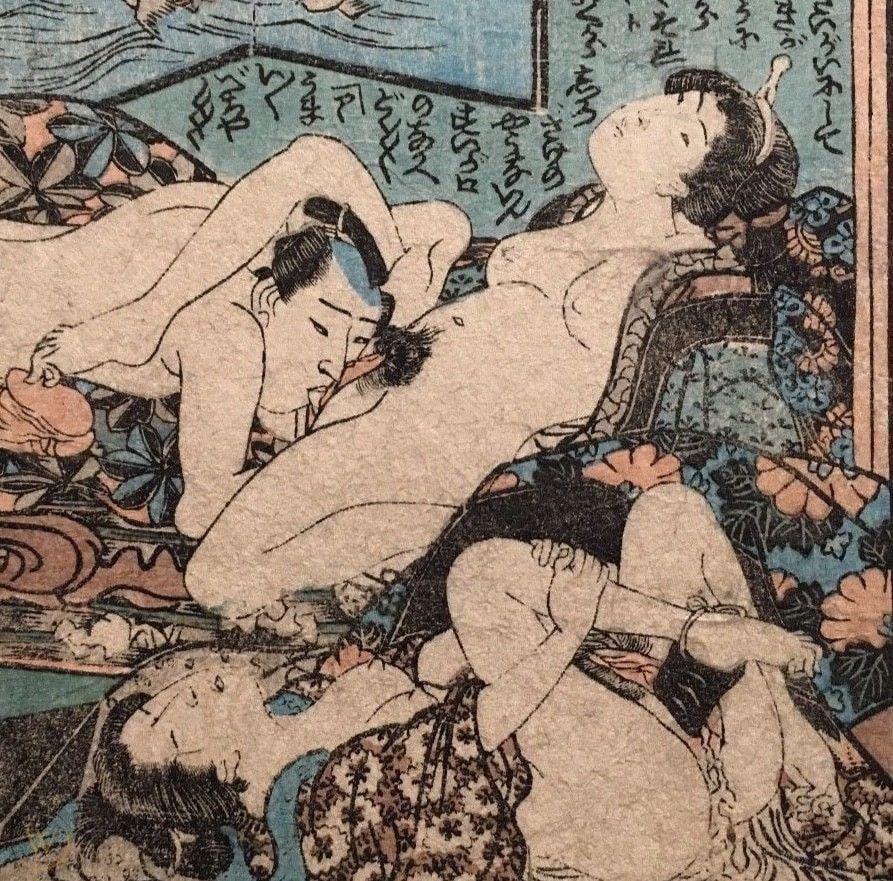 ‘A male performing oral sex while the female caresses his penis with her toes. In the front, a female is enjoying herself with a harigata tied to her heel‘ (c.1840s) by Utagawa school 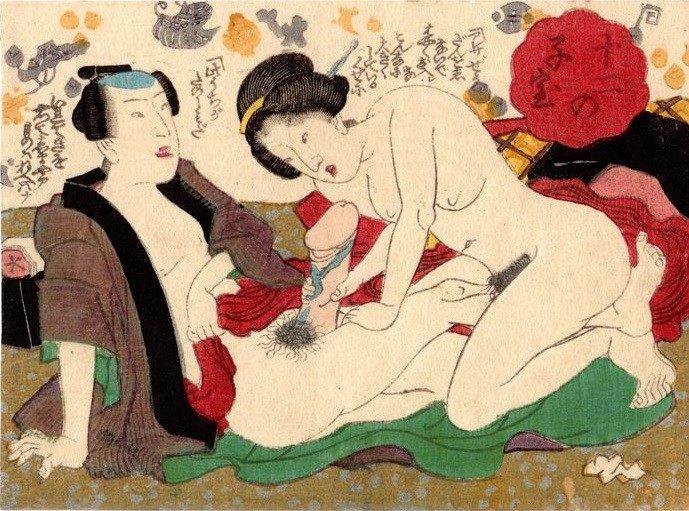 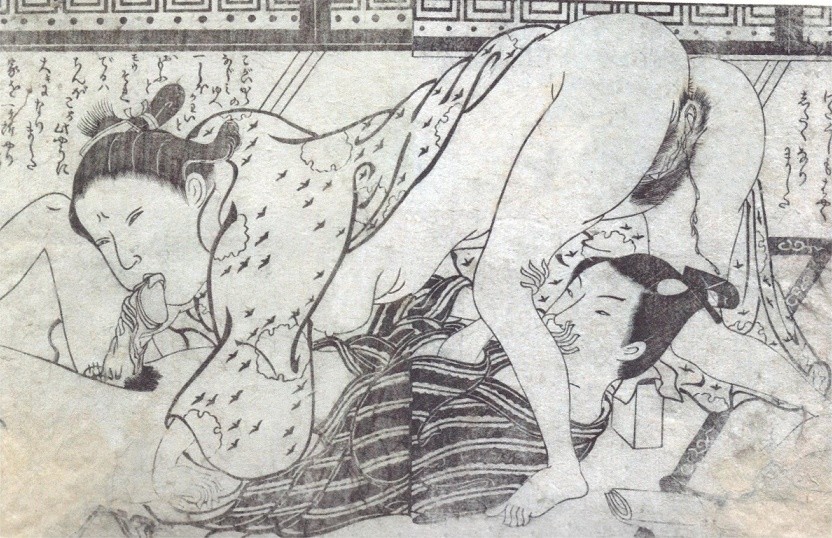 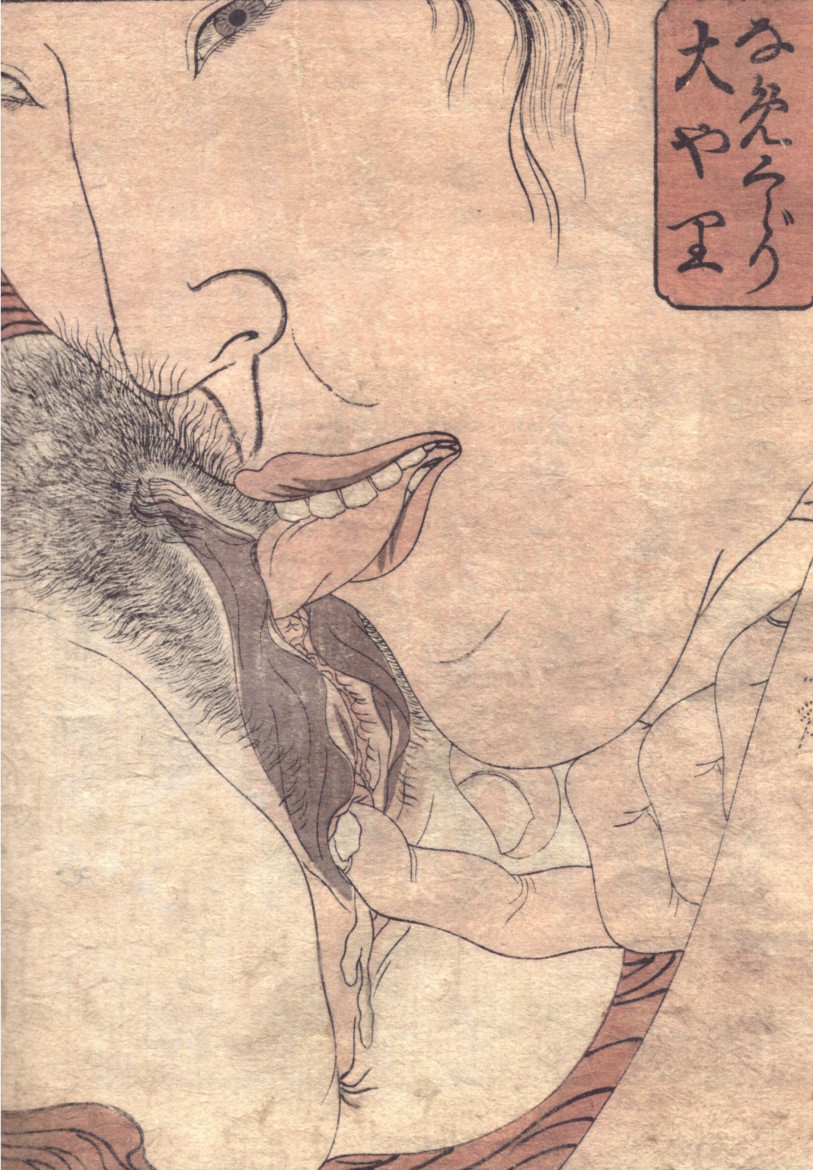 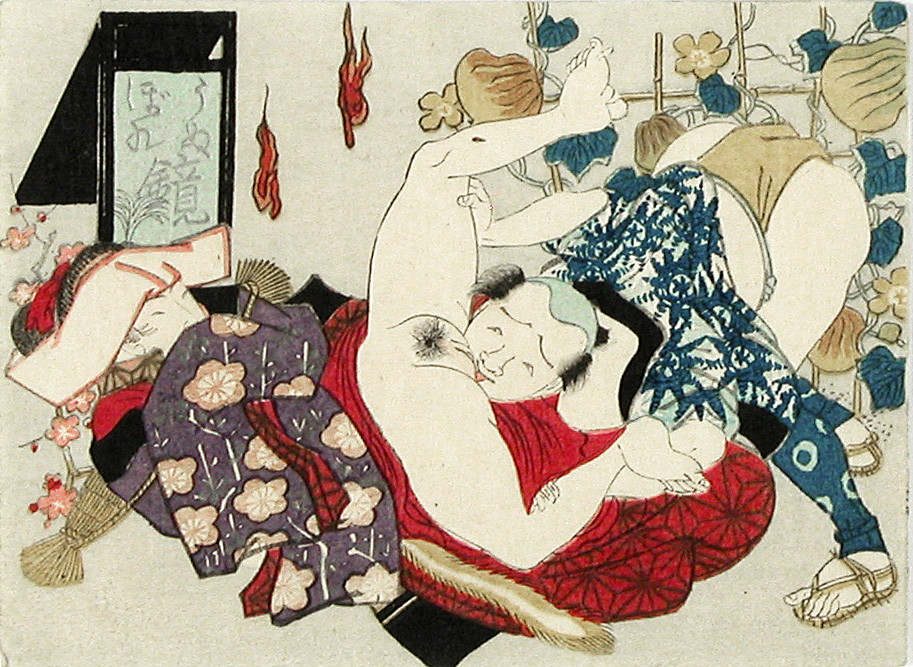 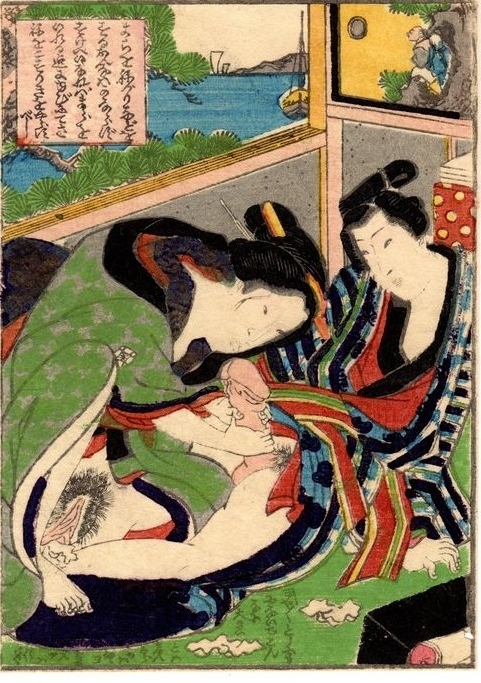 Click HERE for the most extensive article on shunga on the internet..!!!

Which one is your favorite of the above designs? Leave your feedback in the comment box below….!!

Wonderful article! I also love Kunimaro's design with a carpet imitating" rel="nofollow" target="_blank">https://media-01.imu.nl/wp-content/uploads?url=shungagallery.com/0000000-25.jpg">imitating latin letters and a humorous print by Hidenobu from 'Ehon haru no yume'.

Thanks for the compliment! Yes, the Kunimaro piece is excellent, as are all the designs from that series. There are several Western references hidden in them. The Hidenobu design doesn't ring a bell at this time!

I had no Idea there was so much Pornography Sketching and drawing! Thanks!

Thanks Dave, I am pleased you got new insights after reading this article!