The Introduction of the Geisha Girl to Sex

During their training, before becoming a competent and accepted geisha, the young maidservants (aka. maiko* or kamuro**) learned the trade by attending the geishas of the highest class (oiran). The relationship between the two was symbiotic, with the maiko running errands for her “older sister” who in turn paid for her living expenses.

These geisha girls were sold to a brothel at the age of 5 by parents who either were inhabitants of the Yoshiwara quarter, and therefore saw it as a logical step for their daughter’s career or poor people who needed to sell their infant. The brothel became the owner of the maiko but she served the geisha.

Her activities included delivering orders to merchants, approaching vendors, exchanging gifts, amusing the locals and buying food for their patrons. Although they were pampered, they were not ignorant of the real world of the pleasure quarter. They were very well aware on how their “older sisters” made their living.

‘A young geisha girl cleaning the penis of a client‘ (c.1850). Designed by a member of the Utagawa school.

A post-coital scene with the oiran (high-class courtesan) cleaning her vulva and kissing her client while a young geisha girl is cleaning the genitals of the man.

Provocative depiction of a brothel customer with clear preferences regarding the young age of his female company. He is groping between the legs of the young courtesan while at the same touching the breasts of the young geisha girl. The courtesan is slight embarrassed by the actions of her client and holds her sleeve in front of her mouth (a sign of slight embarrassment). The unknown artist probably chose for a less explicit approach because of its confronting subject.

Click HERE to discover why geisha made certain sounds during sex…!!! 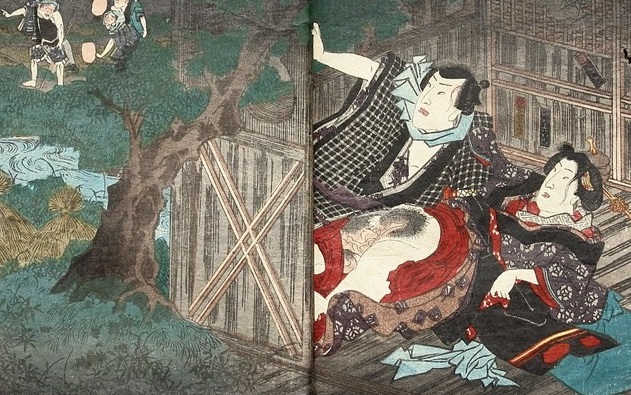 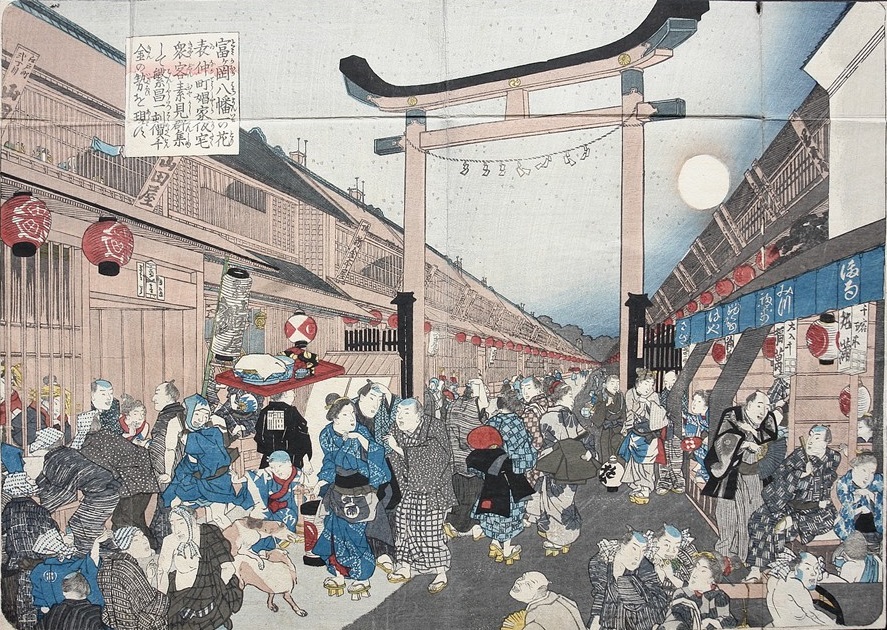 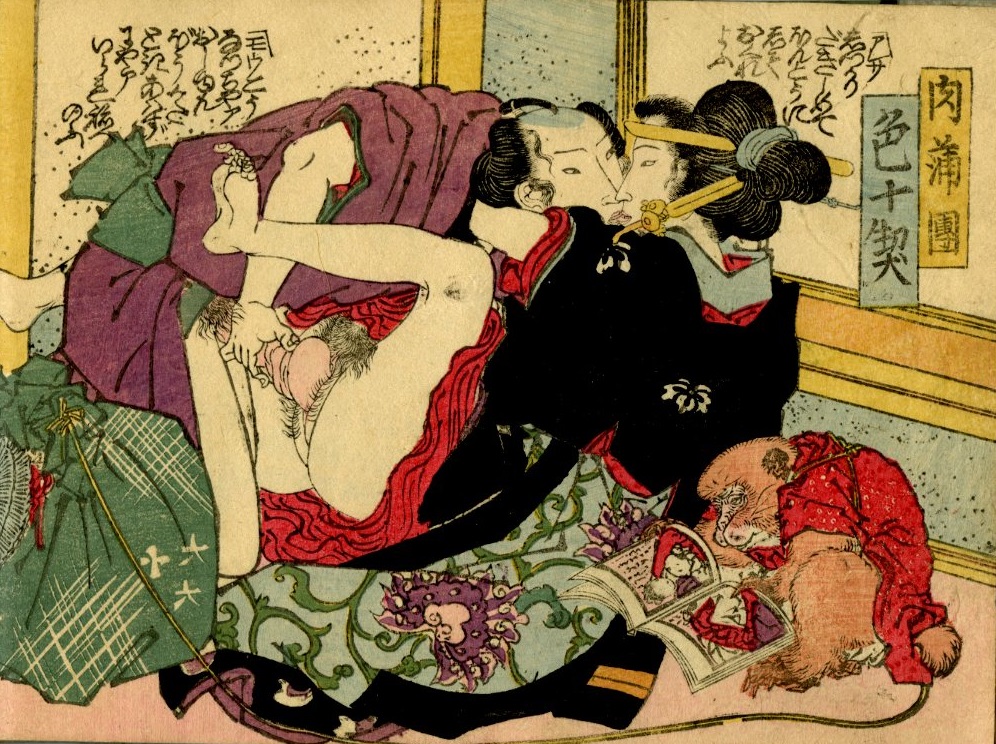