What Is This Foul-Mouthed Courtesan Bitchin' About?

The tension in this design is nearly palpable through the aggressive facial expressions of the protagonists. This is also emphasized by one of the long hair-pins that is dangerously close to the eye of the man.

Well let’s examine their backgrounds starting with their conversation…

Translation of the Monologue

Displeased bitch: “Insert ur rotten sausage into my fuckin’ hole, if you want. But…Do not put it like a thumb in my asshole accidentally.”*

The scurrilous woman is a courtesan named Konoito. She is from the Karakotoya House in the licensed quarter in Kamakura. The latter was a code name for Yoshiwara in Edo. The man is Tobei from Chiba, who was a regular customer of the houses in the Yoshiwara district.

The original romantic version of Tamenaga Shunsui was a great success which led to many sequels. It would have been natural for the shunga version to have sequels as well but unfortunately, due to the prosecution launched against this first shunga volume, these sequels never appeared.

The illustrations are signed ‘Ukiyo Matabei’, an artist who an Edo readership would have immediately recognized as being Kunisada. 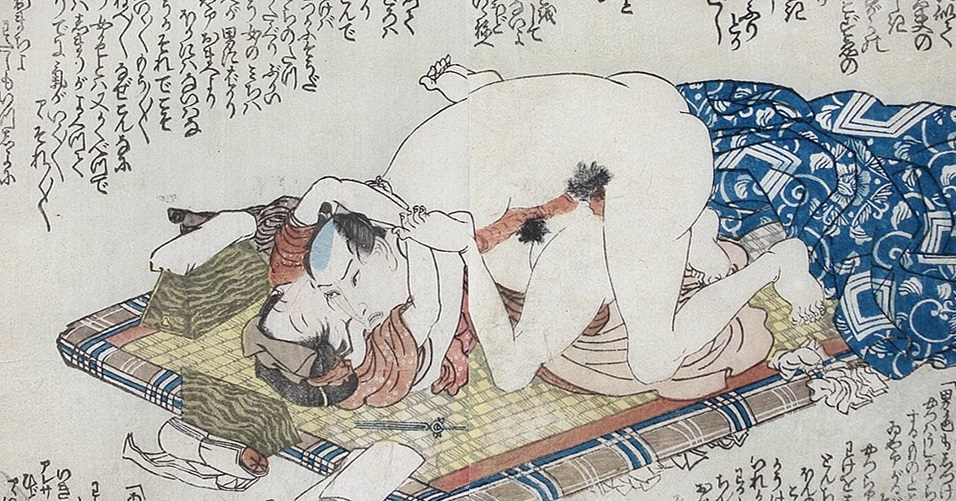 The Revealing Translation of a Sensual "Gay" Encounter
13 april 2019 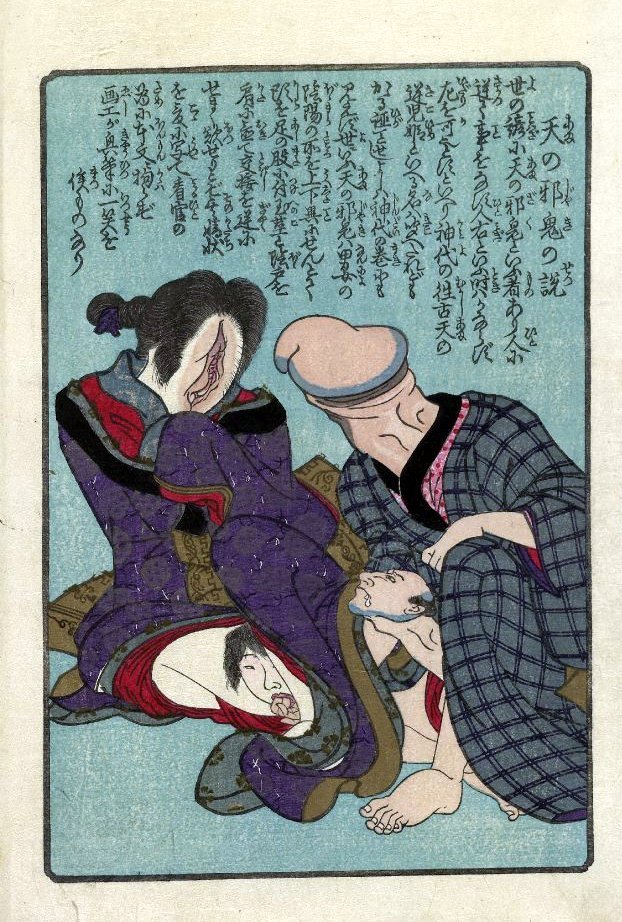 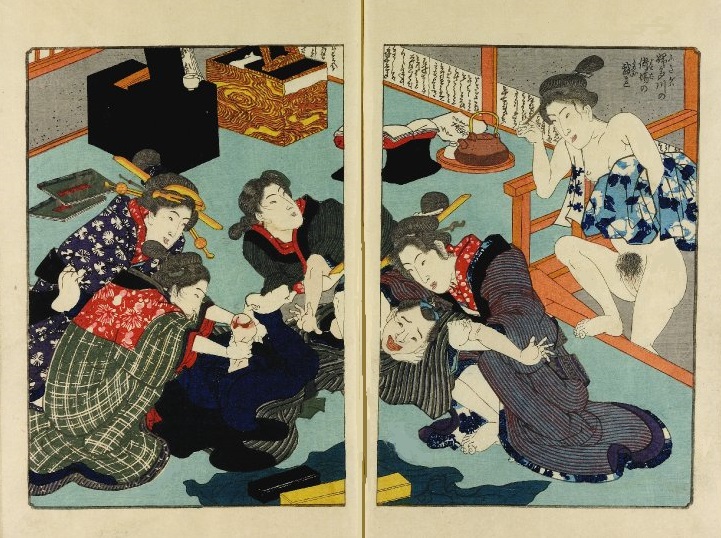