Although the following scenes give a charming, even joyful impression behind the scenes of the Yoshiwara brothel quarters there was a darker side to this. While a small number of courtesans voluntarily chose this work to support their families, the majority were essentially sex-slaves, bought at an early age from poor families.

Like other entertainment quarters, the Yoshiwara was surrounded by walls, that made it difficult to escape. This was the only world the inmates knew, and their one dream was for a rich man to fall in love with them, buy them from the tea-house, marry them and give them children.

Every now and then this actually happened, keeping the dream alive. So for these women, their only hope was to do their best to appear beautiful and talented, which of course also served the business owners well.

‘Courtesans grooming each other‘ (c.1850) by a member of the Utagawa school 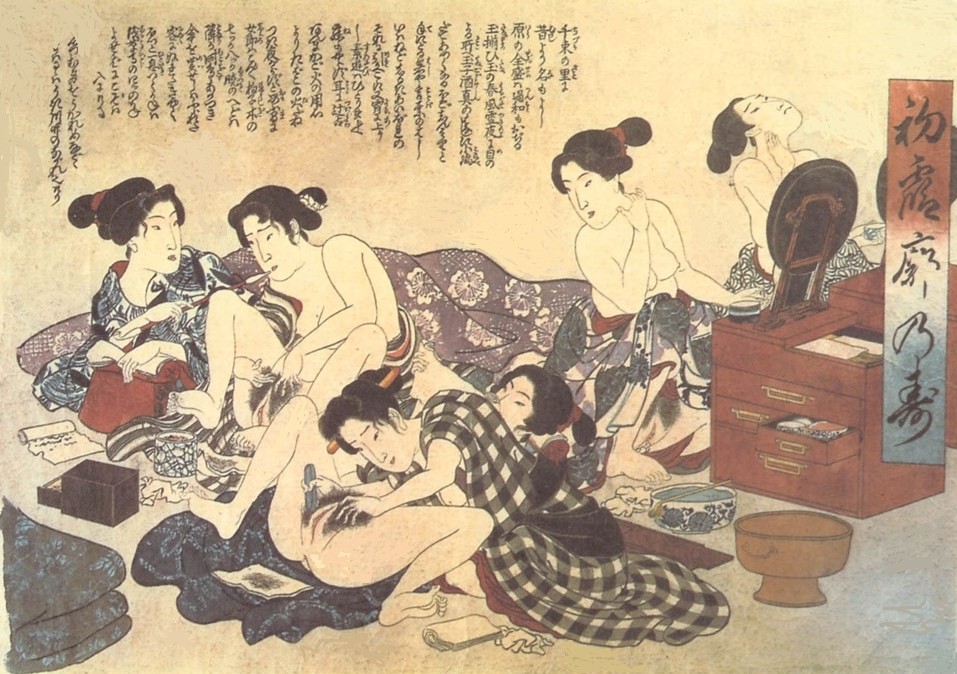 Another impression of the above Eisen design

‘Grooming scene depicted in the insert‘ attributed to Koikawa Shozan 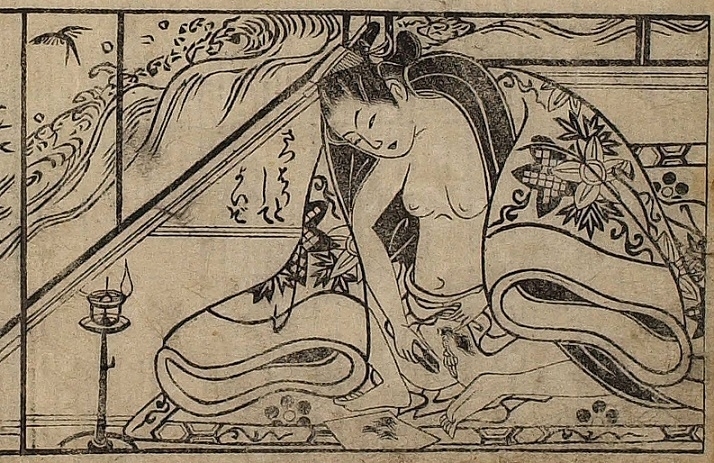