Sensual Heaven and Social Hell in the Works of Octave Tassaert

Today we’ll examine some images by a French painter Nicolas François Octave Tassaert (1800-1874), who was born in an artistic family. His father and older brother, both printmakers and print dealers, trained him in fine arts during his childhood. In 1816 Tassaert became an apprentice of the engraver Alexis-François Girard (1789-1870). 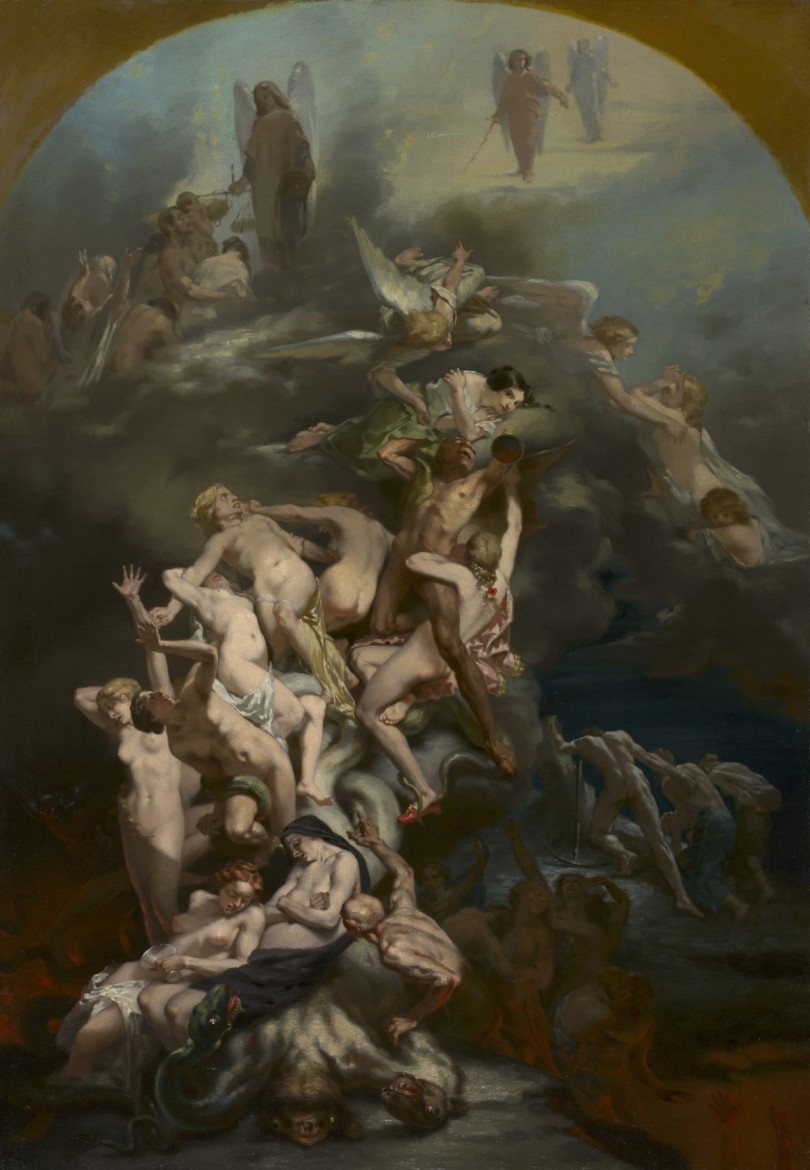 The Death of Correggio

He also studied at the École des Beaux-Arts (1817-1825). Like many artists, he didn’t receive any awards he wanted to and lacked the attention of the audience and critics. To make some money, he was working as an engraver and lithographer. He reached his luck in 1834 when his work The Death of Correggio (Fig.2) was bought by the Duke of Orléans. 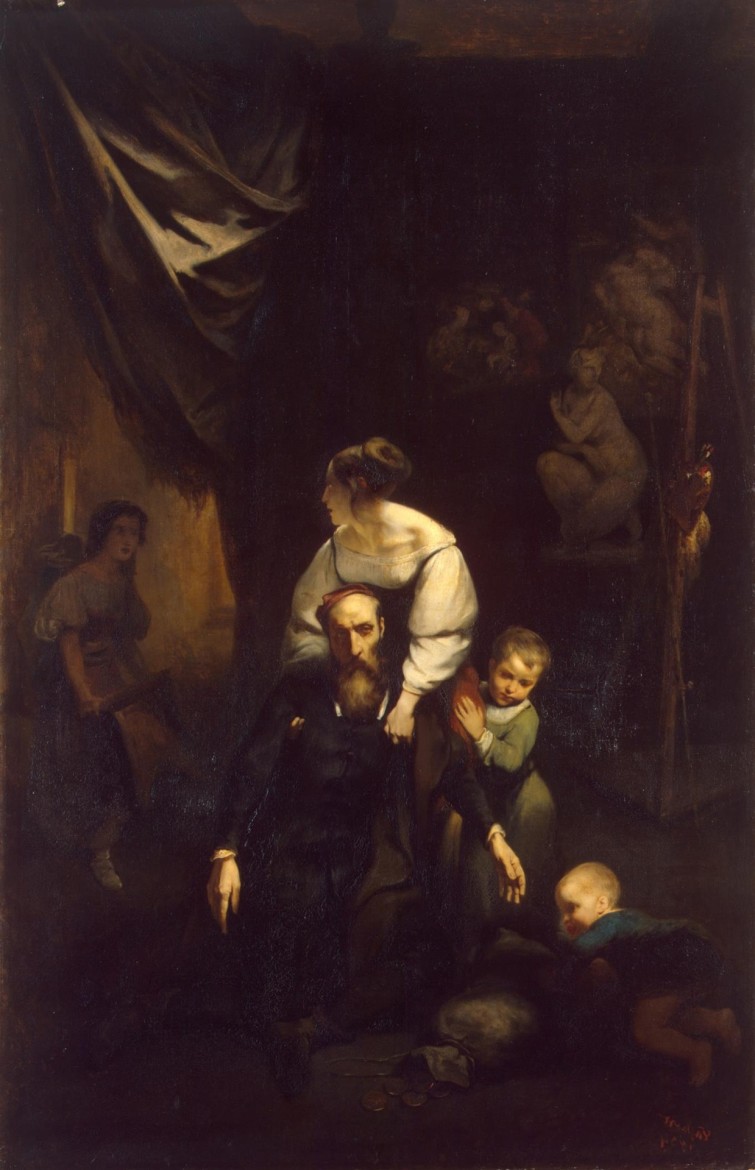 In the 1850s Tassaert mainly drew paintings with a melodramatic plot: poverty, suicide, dying children, etc. (Fig.3) Despite gaining some popularity among the public at that time, he still wasn’t honored by critics, who considered his works too manipulative.

In his turn, he despised the artistic world due to his unfulfilled ambitions, and this attitude made him retire his career as a painter in the 1860s. After that, he became addicted to alcohol, and his eyesight was severely damaged. Being unable to change the situation for better, Tassaert committed suicide in 1874 by inhaling coal gas. 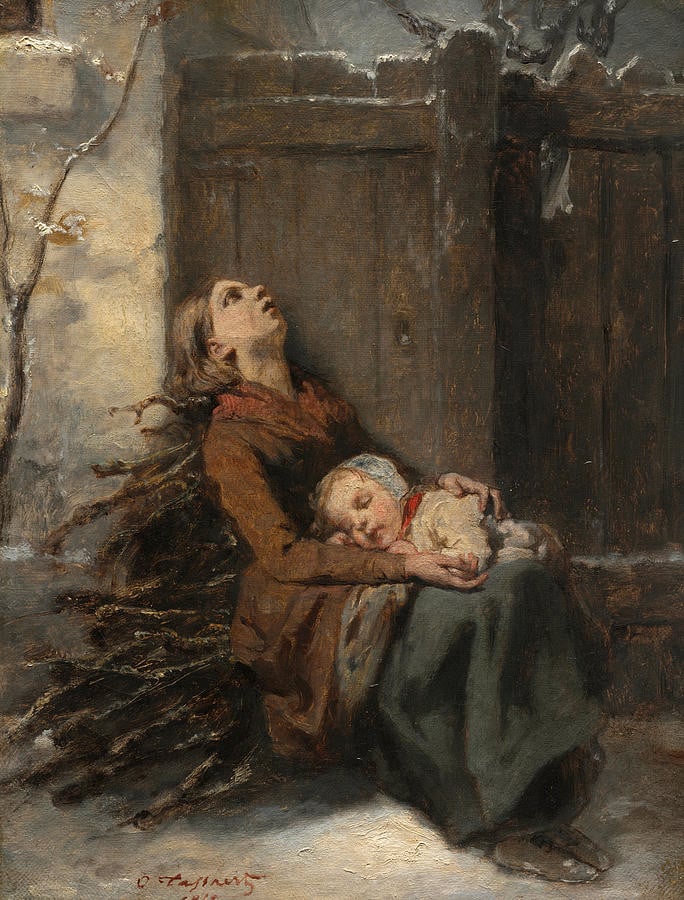 Speaking of Tassaert’s creation, we should take into account the fact that he wasn’t only “the poor man’s Prud’hon” or “Dickens of the fine arts” as one may decide while looking at the images of mournful families. There was also the opposite “hedonistic” side, connected with the depiction of sexual pleasures. 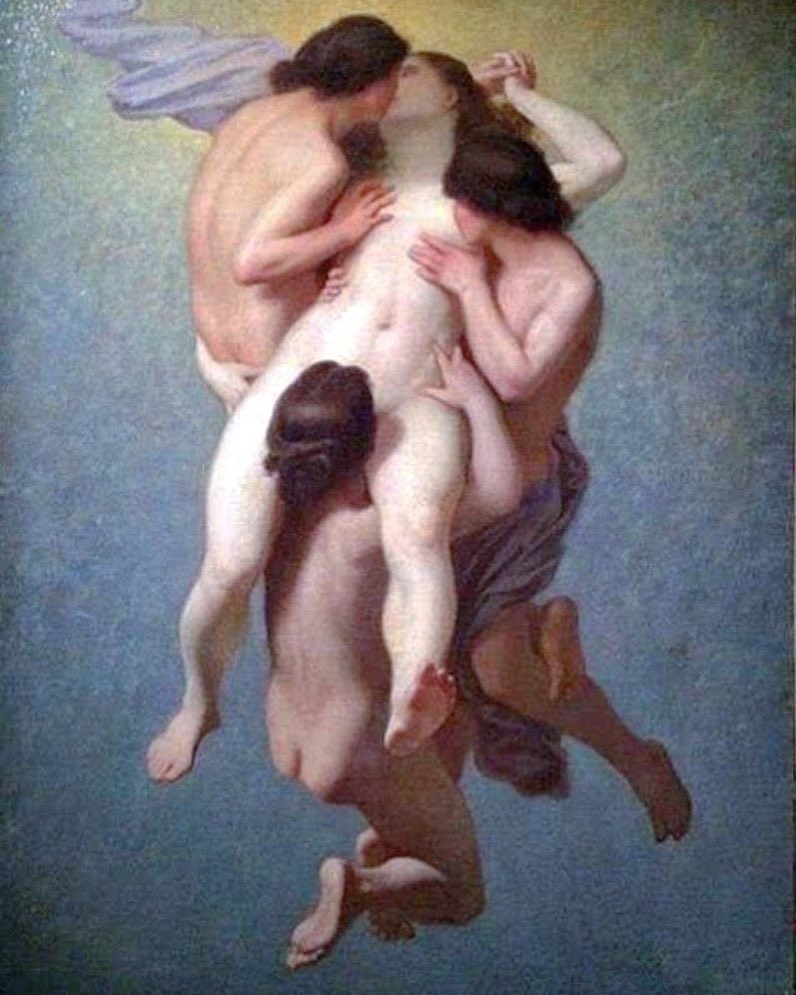 One of the most famous paintings by Tassaert now is The Cursed Woman (1859), where we see a female character, probably Aphrodite, who is being pleased by three celestial spirits. Also, it can be an apocryphal version of the fall of Eve or, on the contrary, the depiction of her heaven state, as we don’t see here the sexual act in its’ biblical sense (penetration by Adam). The contrast between the title and the image is quite thought-provocative.

What the viewer faces here is either a nymphomaniac, who desperately tries to reach the sexual bliss, or a woman, who feels blessed but also oppressed by morality. The morality, though, can’t demean her pleasure as the title can’t beat the blissful atmosphere of the painting. This image, in all its’ extravagance, is a perfect example to compare with Japanese shunga art. 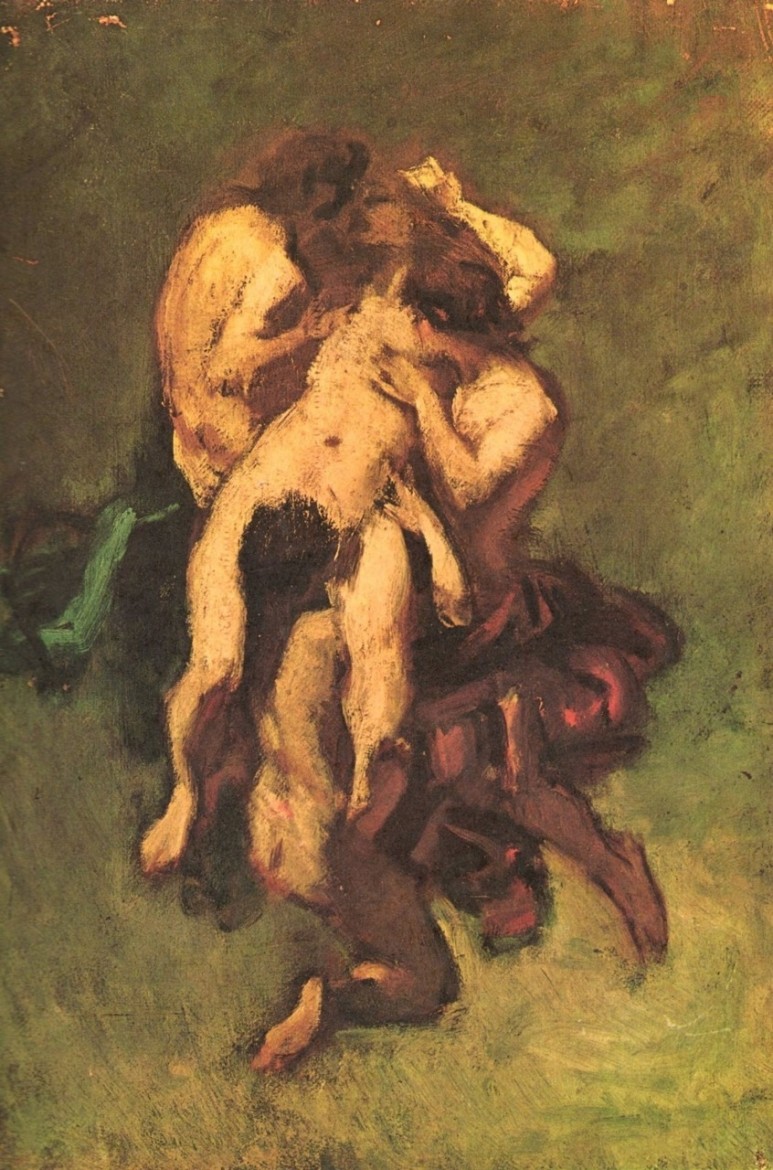 Fig. 4b. ‘The Cursed Woman (another impression)‘ 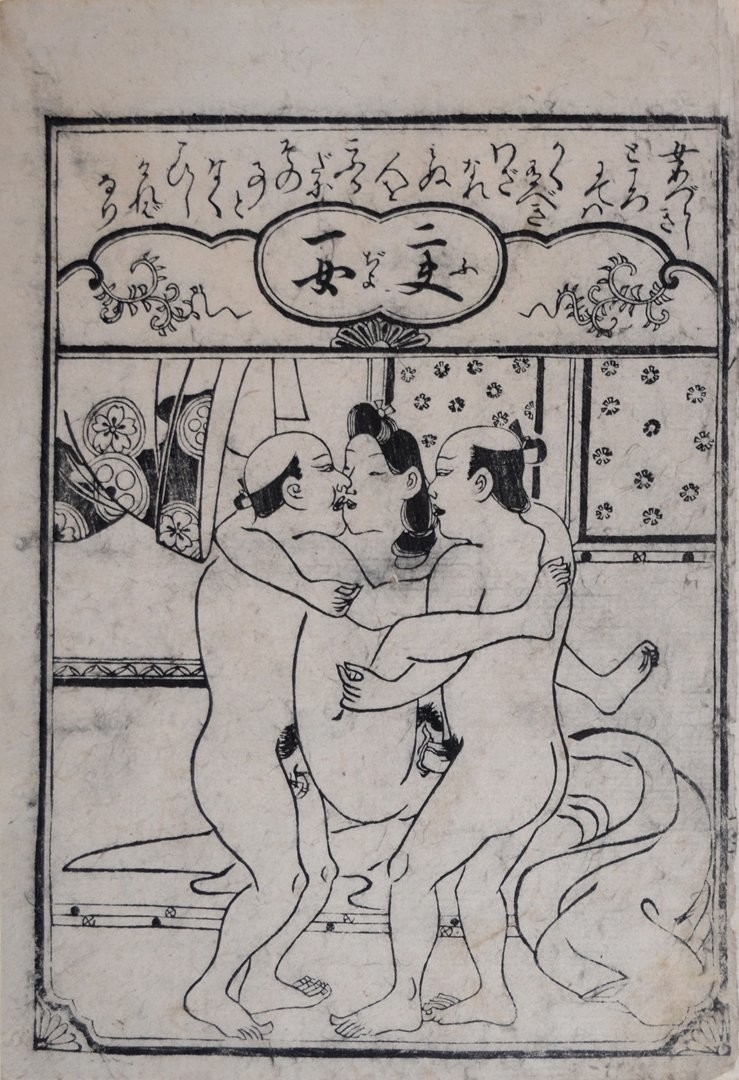 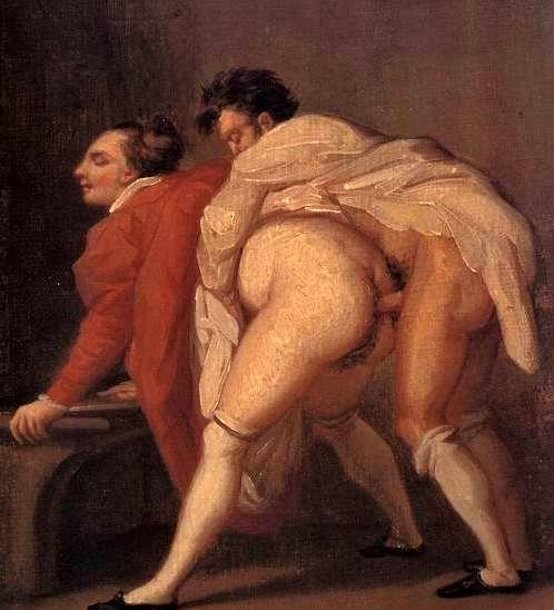 Fig. 6. ‘Untitled‘ (the image is taken from culturacolectiva.com) 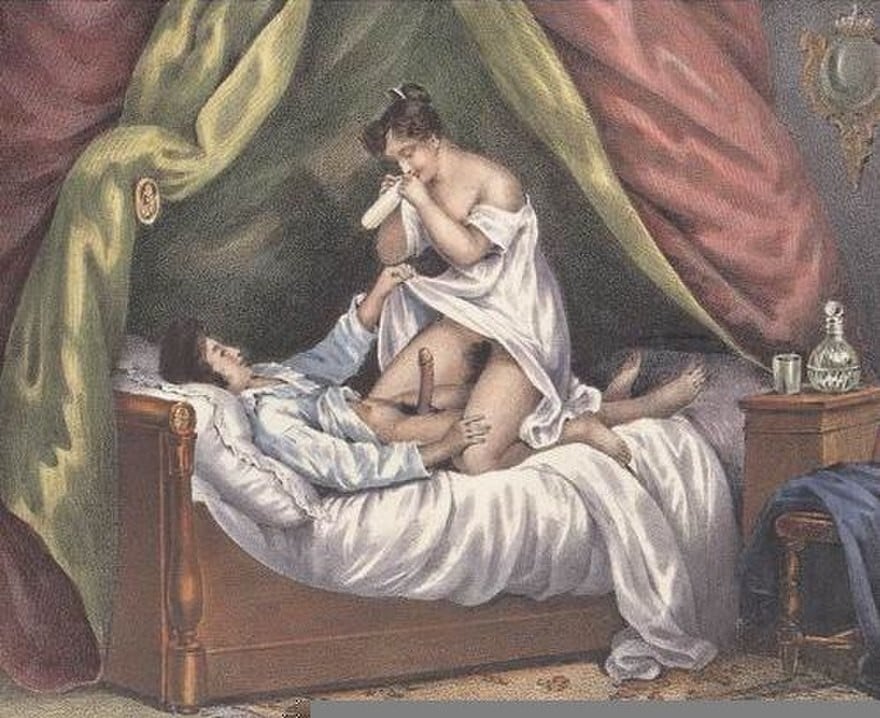 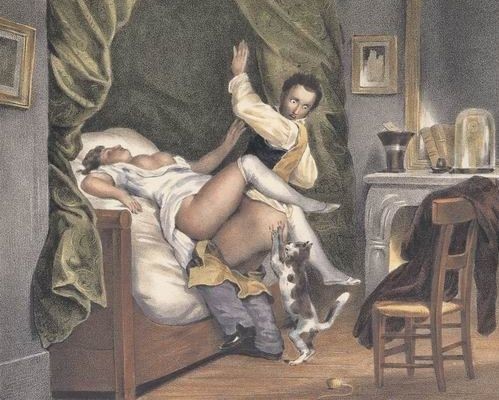 Fig. 8 reminds of works by Kuniyoshi, who was a cat lover and often drew cats in his shunga. One of the prints from Shunshoku Irifune Chô (Spring Scenery for the Launching of New Ships, 1837) shows us a cat, who demands attention from the woman. If the woman chooses her lover, he may end up like one in the image by Tassaert. 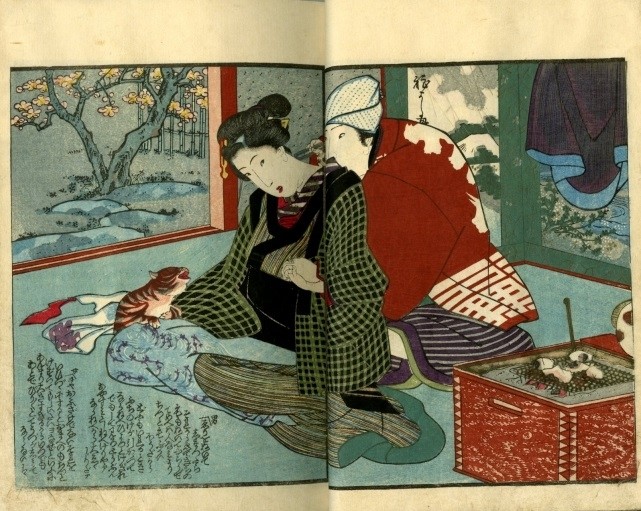 Fig. 9. ‘A woman has to divide her attention between her restless lover and the attention-seeking cat’, Kuniyoshi, 1837.

Another amusing variation on the “interfering cat” theme was treated by the artist Kawanabe Kyosai in one of his hanging scrolls (Fig.10) produced c.1880. The innocent mischief of the cat shift’s the viewer’s attention away from the act of sex itself, allows us to take a step back and see how comical people actually are, when it comes to sex. 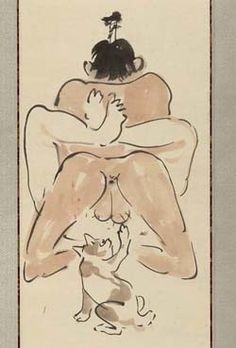 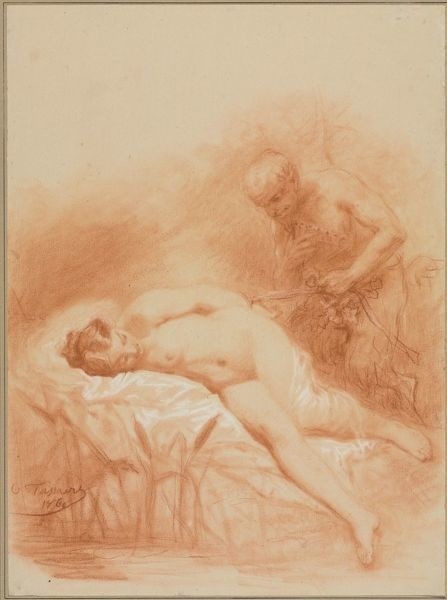 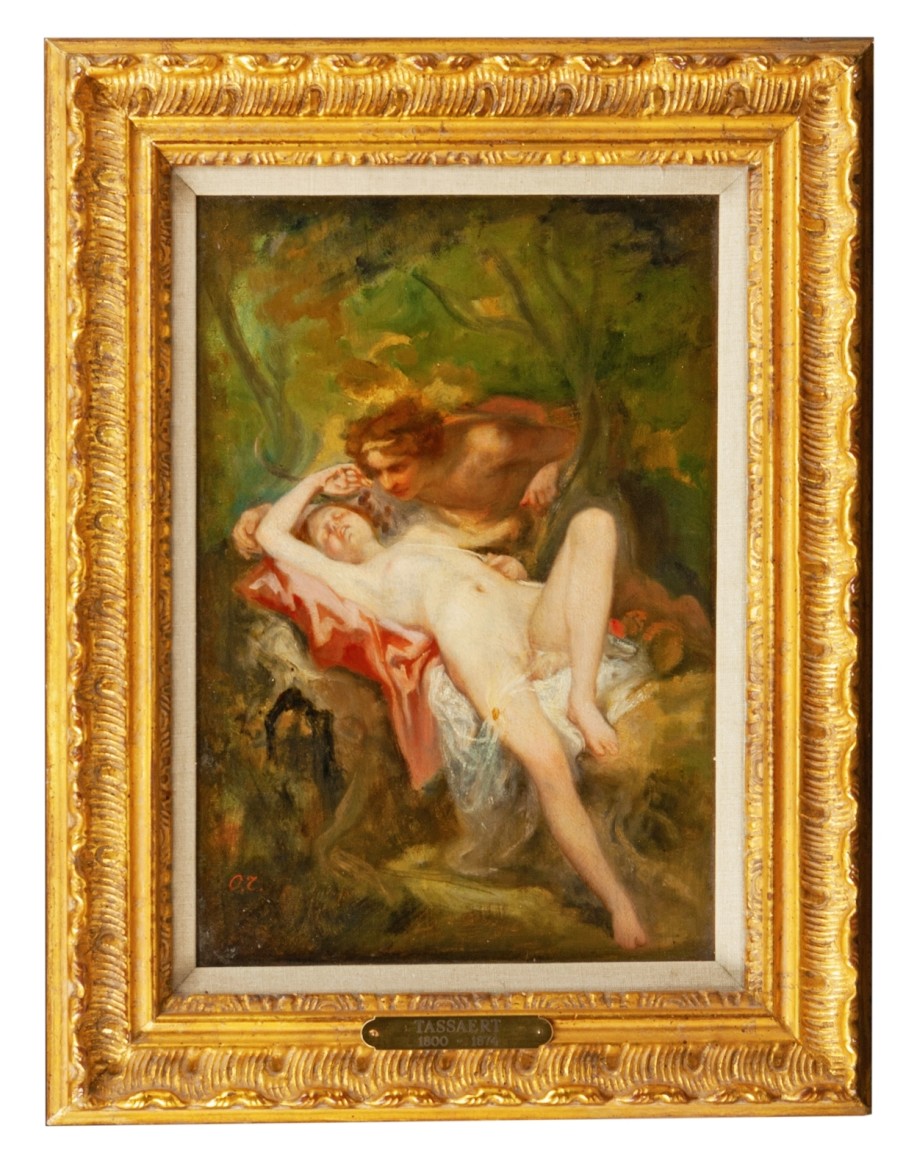 Fig. 12. ‘Psyche Revived by Cupid‘ (image is taken from mutualart.com) 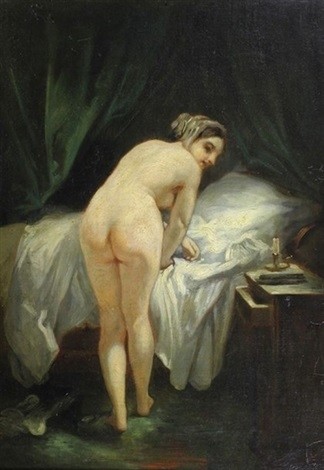 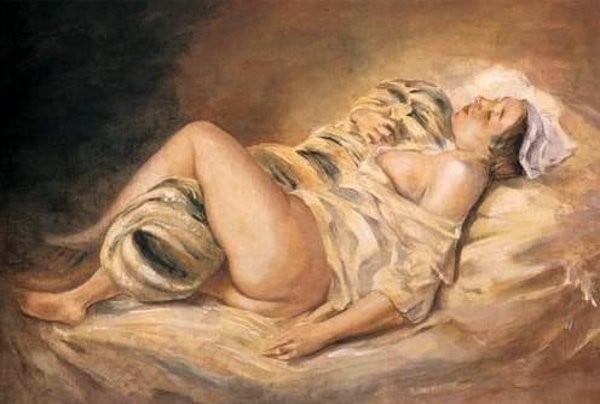 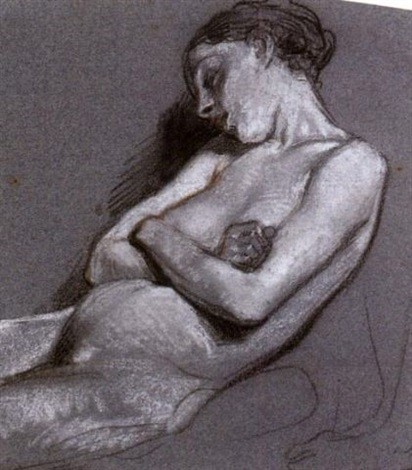 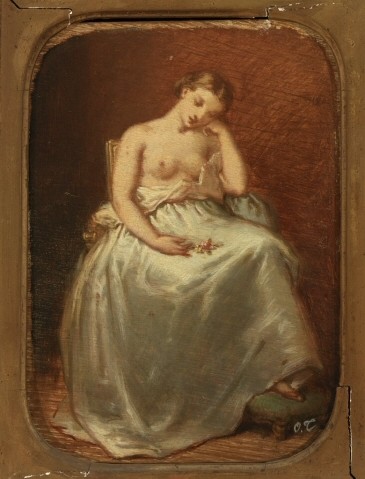 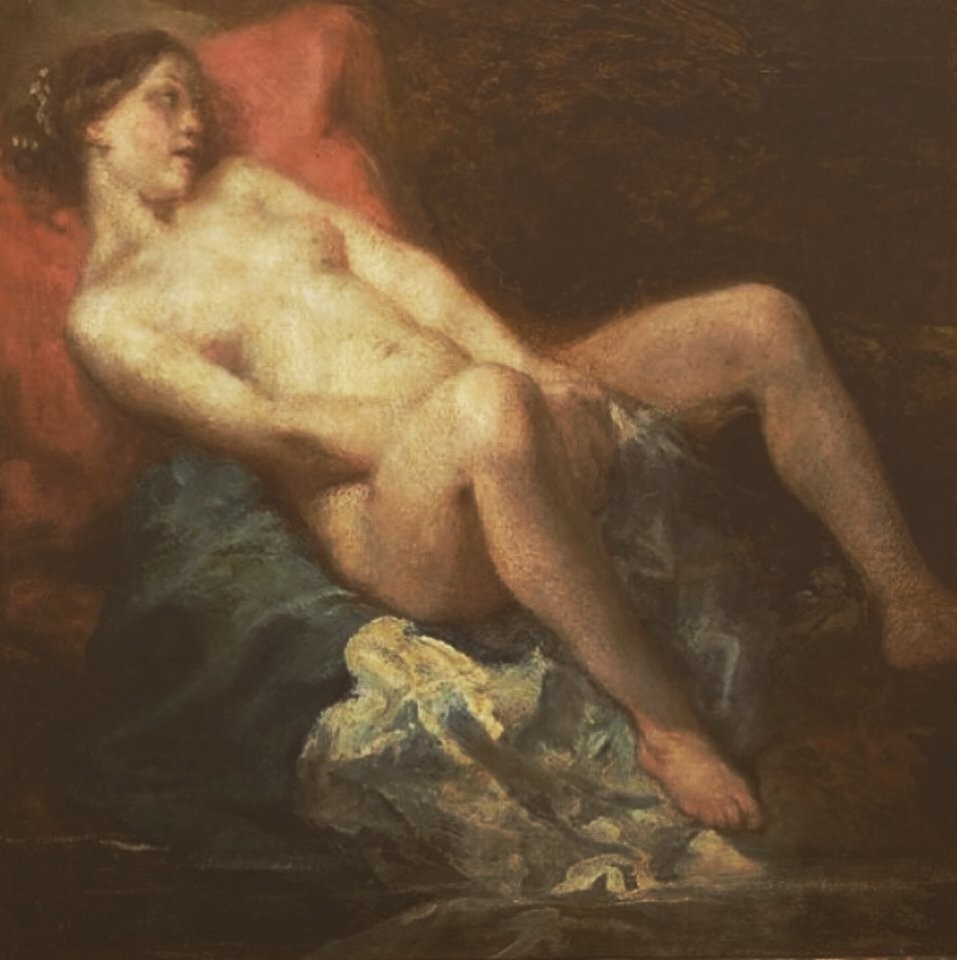 Click HERE and check out the fascination for shunga of Auguste Rodin…!!

https://en.wikipedia.org/wiki/Octave_Tassaert
https://www.clevelandart.org/art/1980.287
https://culturacolectiva.com/art/erotic-paintings-that-show-the-heavenly-side-to-an-orgasm
‘Sex and Laughter with Kyosai: Shunga from the Israel Goldman collection‘ by Ishigami Aki and Sadamura Koto