In the second part of our Agostino Carracci‘s ‘Lascivie’ series review, we’ll take a look at the rest nine prints concerning Greek mythology.

The woman with a billowing drapery, who rides two dolphins, can both be Venus and Galatea. The latter name (‘she who is milk-white’) refers not only to the statue created by Pygmalion but also to the Nereid, whose appearance attracted cyclops Polyphemus. The nymph preferred Pan’s son Acis to the ugly giant, and wrathful Polyphemus killed Acis with a rock. Galatea turned her lover into a river. 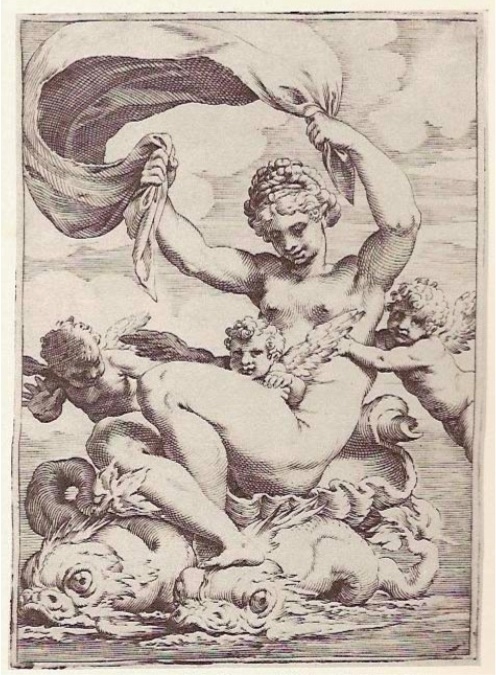 Here we see Venus with three kids, however, she is commonly accompanied by one. This detail has its’ roots in Greeks’ distinguishing Celestial and Vulgar Venus. Sometimes, this division was manifested by two Eros instead of one, namely, Eros and Anteros (or Love and Love Reciprocated). They are depicted by Agostino as two tussling infants, and it’s hard to comprehend who’s who. The blindfolded Eros was often identified with vulgar Venus as well as with celestial one. The bandage can mean both irrational lust and indifference to mundane temptations. In the second case, blindfolded Eros symbolizes heavenly love for God and wisdom. In the particular engraving, the cupid rather pertains to earthly pleasures. The third kid straddling a quiver represents Lyseros. This character gives oblivion to suffering lovers by extinguishing the burning torch of Eros in the Lethe river. 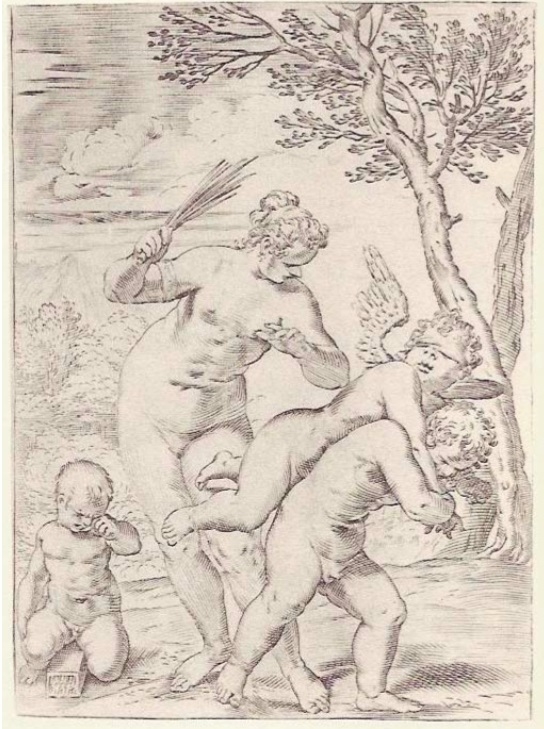 The next piece represents a well-known visual motif exploited by Raphael, Rubens, and many other artists. Agostino’s work can be distinguished by its’ explicit eroticism. As W. Eubanks notes, the handmaidens of Venus are depicted with the suggestive placement of their left hands. The Graces at the left and at the right both put their hands on genitalia, while the left hand of the Grace in the middle is placed on the buttocks of the one who looks at the viewer. A Satyr and a Sleeping Nymph

The two next prints depict licentious satyrs, who peep at reclining nymphs in the forest. In the first picture, the satyr quietly approaches a sleeping beauty with a hush gesture, probably asking birds or leaves not to make noize. The following engraving represents the more lascivious scene as the aroused satyr placed his hand between his legs. 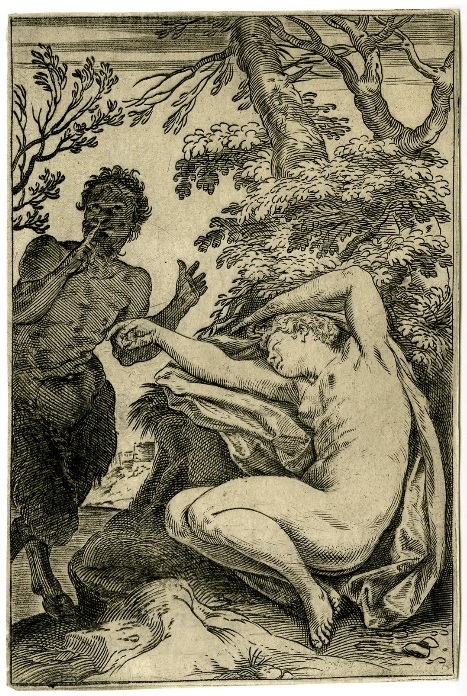 Fig. 5. A Satyr Looking at a Sleeping Nymph (W. Eubanks. The Lascivie)

Another print involving minor mythological creatures displays a nymph tied to a tree and whipped by a satyr. The ram horns at the bottom of the tree signify male sexual power. As DeGrazia Bohlin mentions, they can refer to the satyr ‘cornuto’ or the cuckolded satyr. This explanation clarifies the scene, even though satyrs are cornute a priori. By the way, rape scenes with these bestial forest spirits appear in works of other engravers. The earlier print by Peregrino da Cesena depicts a nymph tied to a tree by a satyr and a faun. 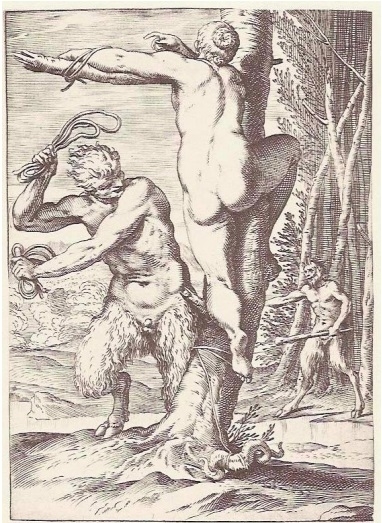 Fig. 6. A Satyr Whipping A Nymph (W. Eubanks. The Lascivie) 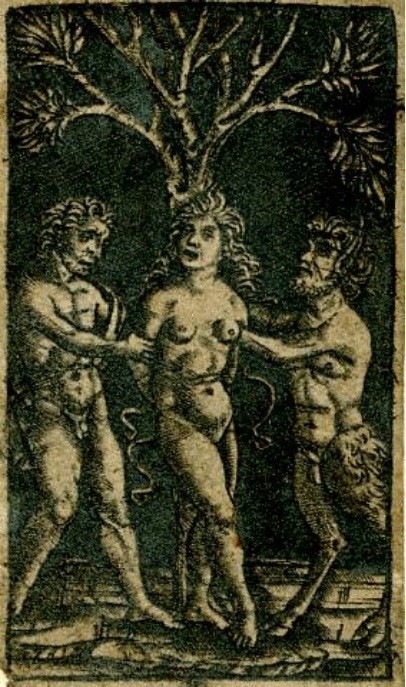 Fig. 7.  A Satyr and a Faun Tie a Nymph to a Tree, Peregrino da Cesena (britishmuseum.org)

This print seems to be contrary to a previous one, as two characters are enjoying their encounter. Or it might be a pre-history of what happened after. A similar scene can be found in ‘I Modi‘ attributed to Agostino. Fig. 8. A Satyr and a Nymph Embracing (britishmuseum.org) The next-to-last print is the most enigmatic. A satyr holds a plummet over a laying nymph, witnessed by a putto. The plummet is an ancient building instrument used to ensure that constructions are vertical. So the satyr may check the angle of spreading of the nymph’s legs or use the plummet as a more sophisticated variation of fingering. This instrument, as well as the apron covering the satyr’s genitalia, also indicates that the satyr was initiated into the mysteries of Freemasons. The mason’s plummet is an emblem of determination and frankness. The print possibly pertains to the activity of Agostino, Annibale, and Lodovico Carracci as founders of the Academy of the Progressives in Bologna. The last print from the ‘Lascivie’ series depicts a bargain between a young prostitute and an old wealthy man. Though there aren’t any satyrs, the picture is satirical enough. The putto watching the scene shoots a bow across the man’s knee, which indicates the vulgar nature of his desires. The woman in the background is possibly a procuress. Let us know your thoughts on the article in the comment box below…!!

Ancient Ways of Lovemaking in “I Modi” by Agostino Carracci, Part I
17 maart 2021