For his new painting, the Swedish artist Senju Shunga once again took inspiration from Gustav Klimt (1862-1918). In this case, he chose Klimt’s majestic ‘Judith I‘ (1901) as a visual source. Once again, he succeeds in mixing Japanese and European art of the early 1900’s with an enchanting result.

Since the 1850’s, when they were introduced to Japanese woodblock prints, the European art scene was captivated by ukiyo-e art. Its impact was so great that it gave rise to new movements like Impressionism, Expressionism, Post Expressionism and Art Nouveau. The focus was no longer on the naturalistic representation of things as they are, but on how things feel.

Senju on his Judith piece,’For the trained eye, these Japanese influences are not so hard to see. Over the years I have adopted an artistic philosophy that let’s me explore these European works of art using all my knowledge of Japanese art and painting techniques. How would these pieces look like if painted using traditional Japanese materials and techniques? Even though I currently paint on a digital canvas, I apply the knowledge acquired in my study of Japanese art and culture. And paintings like “Judith” are what comes out of that experimentation.’ 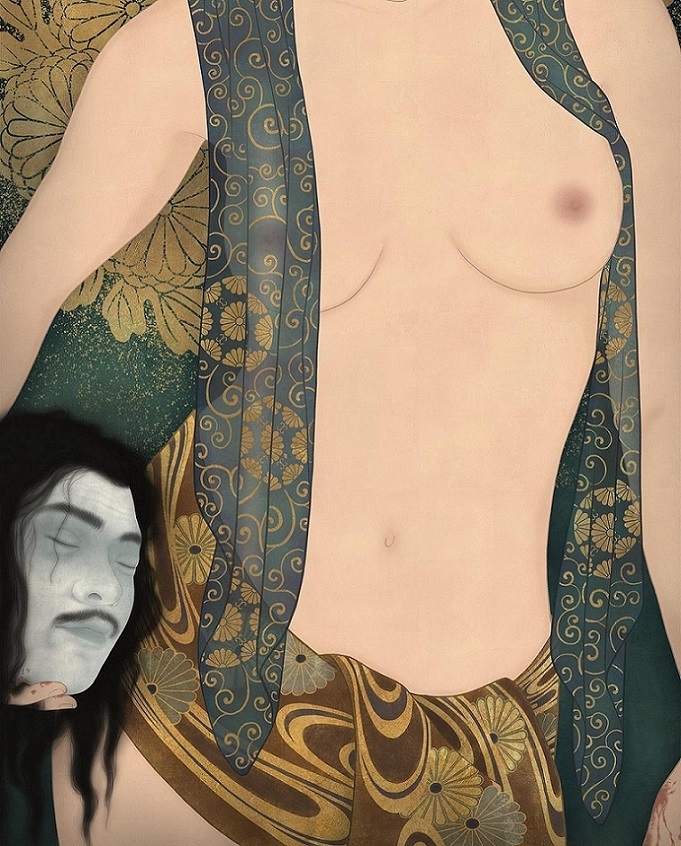 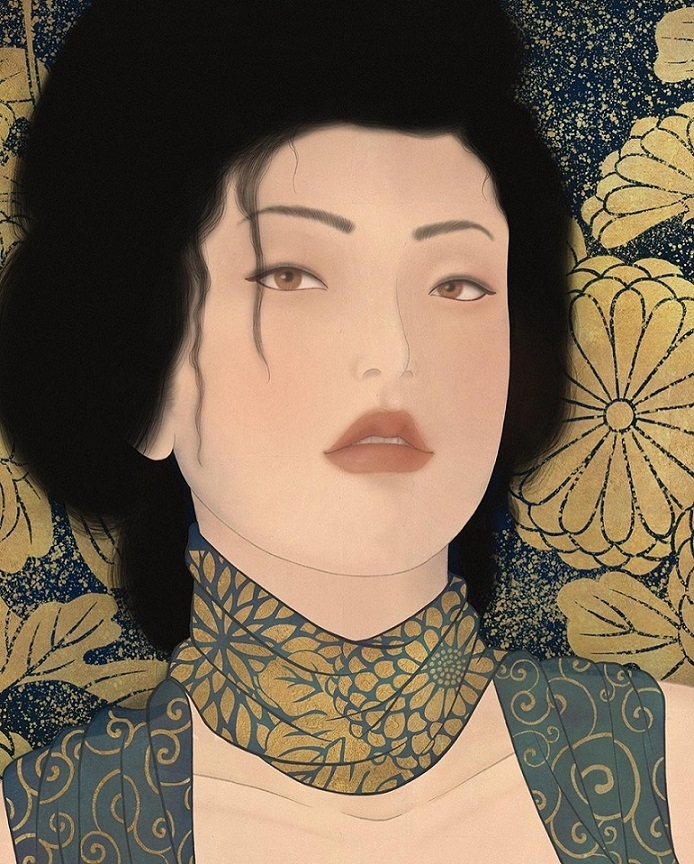 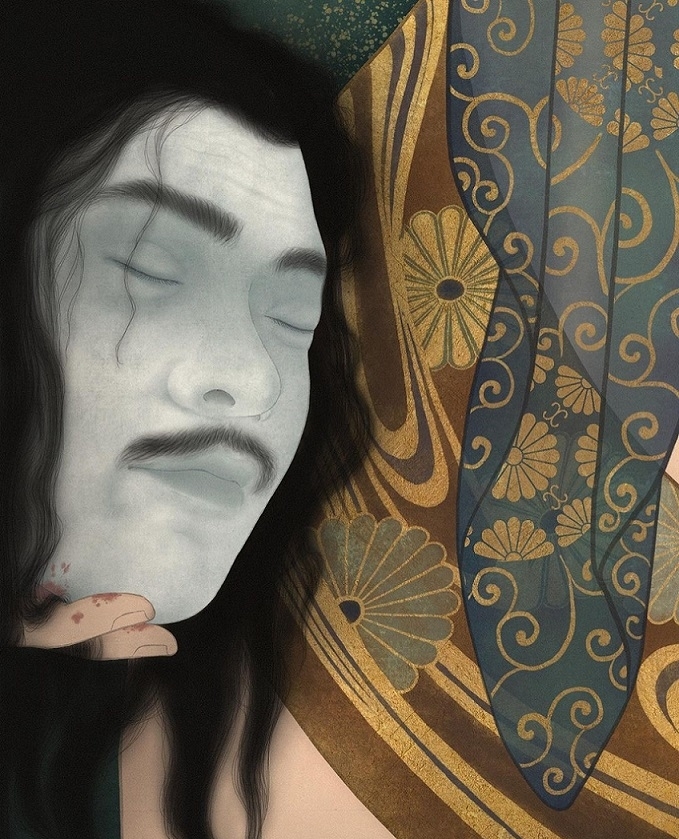 Gustav Klimt’s Judith I and Judith II (Fig.5 and 6), which were created eight years apart, are further developments of his interpretation of the femme fatale. This Judith is not a historical heroine, but typical of Klimt’s contemporaries, which is also clear from the precious dog collar, which was fashionable at the time.

With these paintings, Klimt – according to Bertha Zuckerkandl – created the type of woman à la Greta Garbo and Marlene Dietrich – long before the word vamp existed. Proud and dismissive, but at the same time enigmatic, they keep the viewer – the man – under their spell. Both paintings cannot be separated from their frames, which are gilded and give them the appearance of icons. The frame of the earlier version is incidentally a product of Klimt’s brother Georg, who was a goldsmith. The frame continues the decor of the painting – in the way that the Pre-Raphaelites had already developed and that was very popular in Klimt’s time.

In these paintings, Klimt seeks inspiration from the Byzantine style that he had become acquainted with on a trip to Ravenna. The conscious contrast – almost like a photo montage – between the plastically modeled, painted face and the large, flat ornamentation of the decor determines the paintings and makes their appeal. The figures of The Ghent Altarpiece of the Van Eyck brothers are often mentioned as formal precursors.

Undoubtedly, in choosing the Judith theme, Klimt found a particularly penetrating symbol for the man punished by the woman who has to pay with his life: in order to save her city, Judith first seduces General Holofernes, and then beheads him. This makes the biblical heroine the perfect example of great courage and determination in the service of an ideal. Judith, the castrating heroine… In this biblical figure, Eros and Thanatos (Death) reunite – which was of such great interest at the time. For example, Richard Strauss performs his ‘Mycenaean mistress (Elektra) in which the bloodthirsty Clytemnestra (Fig.7) is an equally good example of the castrating woman, capable of blatantly confirming the most perverted fantasies. 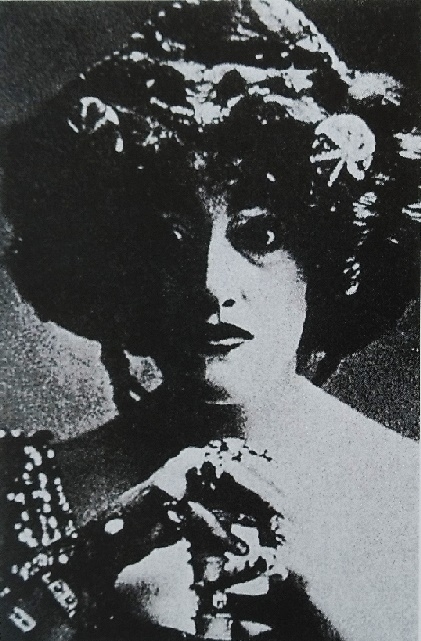 Fig.7. Anna Bahr-Mildenberg as Clytaemnestra in “Elektra” of Richard Strauss (1909)

This Judith even provoked a section of Viennese society that normally accepted Klimt’s taboo-breaking art – the Jewish bourgeoisie. This time he came across a religious taboo and the spectators could not believe their eyes. Klimt must have been mistaken in claiming that with this woman, whose half-closed eyes and lightly parted lips express an almost orgasmic rapture, he portrays the pious Jewish widow, the heroine of the Apocrypha, who, without the slightest pleasure, decreed to her from Heaven, accomplishes a terrible mission, the beheading of Holofernes, leader of the Assyrian army.

Most Eloquent Representative of Eros

He probably thought more of Salome, the quintessential femme fatale of the fin de siècle, who fascinated so many artists and intellectuals at the time, from Gustave Moreau through Oscar Wilde, Aubrey Beardsley and Franz von Stuck to Max Klinger. That is why in catalogs and magazines well-disposed souls performed the ‘Judith‘ painting again and again under the name ‘Salome‘. Whether he has given Judith features of Salome remains to be seen. In any case, Klimt has painted the most eloquent representative of Eros, as well as the fantasies of a modern femme fatale…

Senju’s variation on Klimt’s Judith can be obtained on the following page…!!

Let us know your thoughts on Senju’s Judith piece in the comment box below…!!

Thanks a lot Abdull, I'm pleased you like it!