This remarkable artist who, being born in the family of the miller, received a title of nobility at the age of 43, continues to stay one of the most recognizable symbolist painters in Western art. Stuck achieved popularity and critical acclaim with his painting “The Sin,” which remains to attract modern viewers. 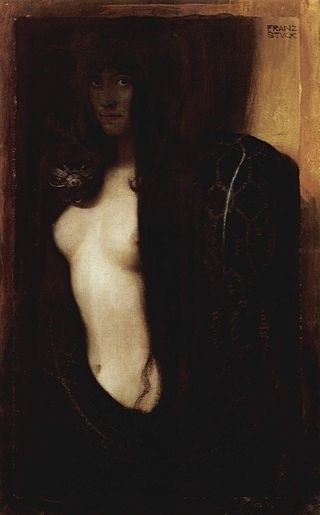 Professor and his Students

In 1895, 32-year-old Stuck began his career as a teacher at the Munich Academy, which he attended while being a student. Among his students, were the artists like Vasily Kandinsky and Paul Klee, who would contribute to the avant-garde art several years later. 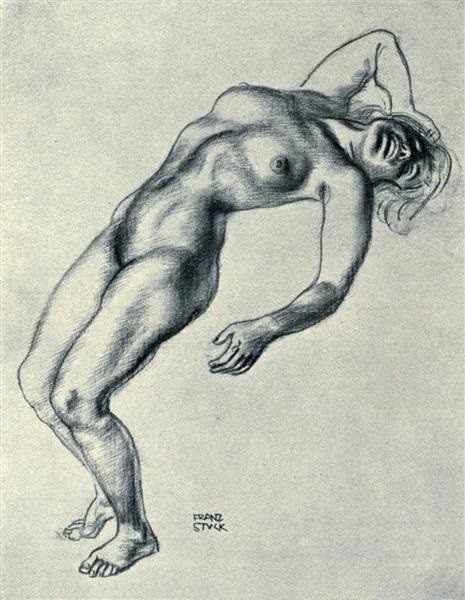 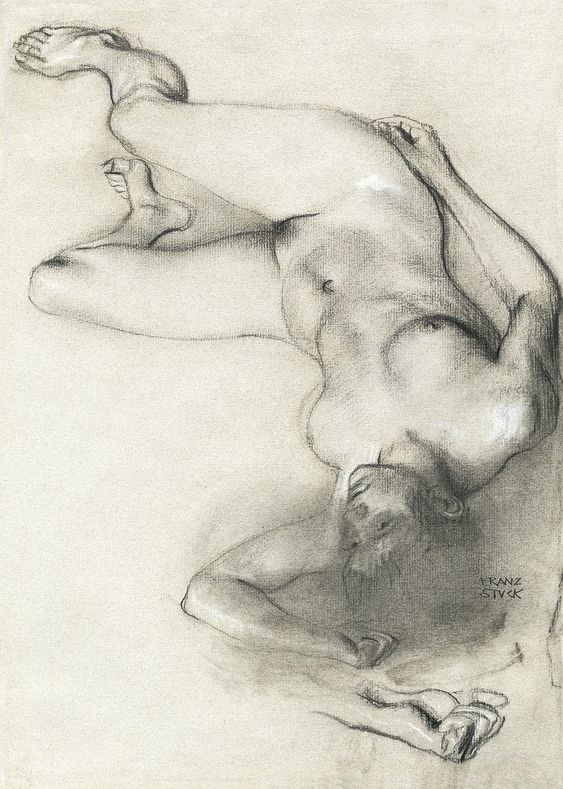 Franz von Stuck was a bright yet traditional representative of the fin de siècle with its’ interest for decadence and sin along with Rops, Klimt, Moreau and others. The meaning of antiquity and the selection of the mythological and biblical plots used in paintings had significantly changed since the Renaissance period. At the time of Michelangelo, the turn to the Greek sculptural art meant the adornment for the human body, its’ beauty and its’ strength. By the end of the 19th century, the interests shifted to dark eroticism and philosophical contemplation. The artists were drawn to plots connected with female sexuality and the problems of human nature. 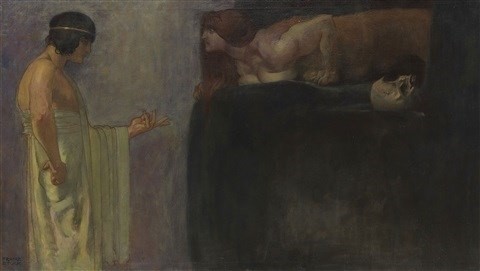 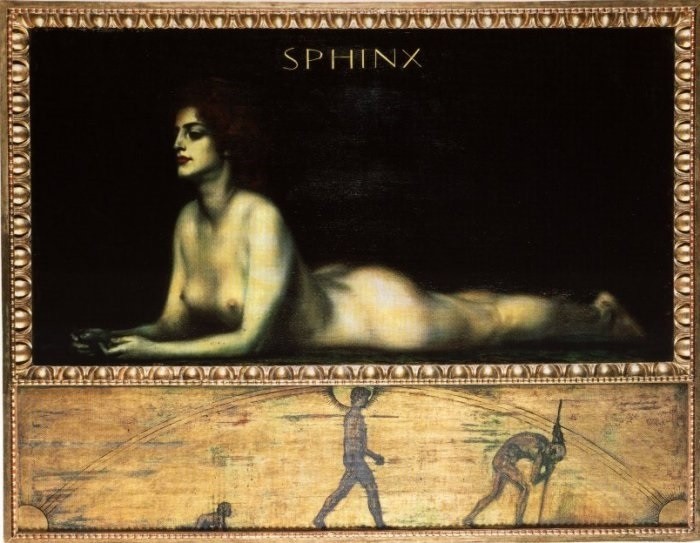 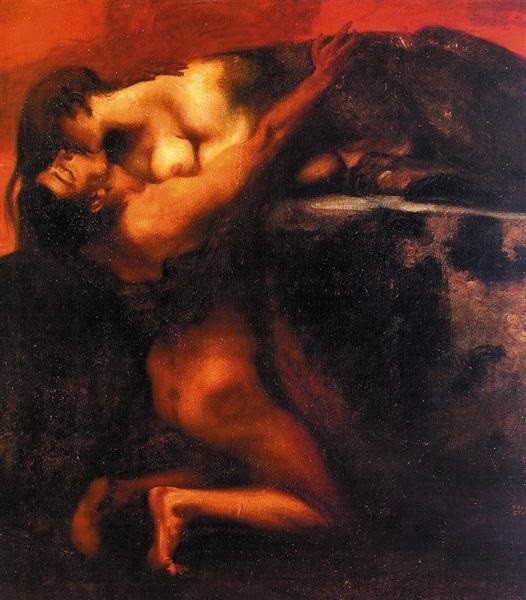 The Kiss of the Sphinx (wikiart.org)

The dominating concept of the death of god, which appeared in works of Nerval, Ibsen, Nietzsche, Baudelaire, and many other authors, affected the spirit of the 19th-century pictorial art. People were questioning themselves what should they do and what could replace missing religious awe. The figure of Sphinx is one of the recurring motifs in the pictures by Stuck. Perishing King Oedipus, who desperately yet in vain tries to avoid his fate, becomes a symbol of humankind on the eve of the 20th century. In the pictures of Stuck, the one who asks seems to be equal to the one who answers. Both creatures are humans. Or, if we put it more precisely, the question is a woman, while the answer is a man. 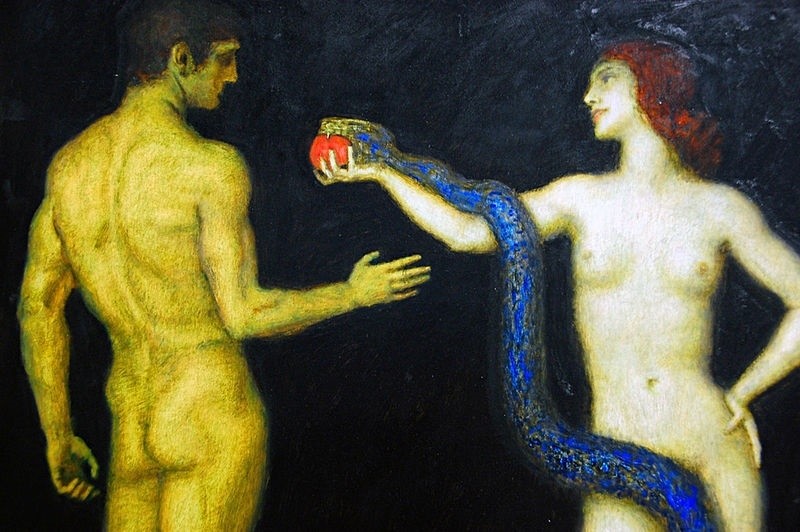 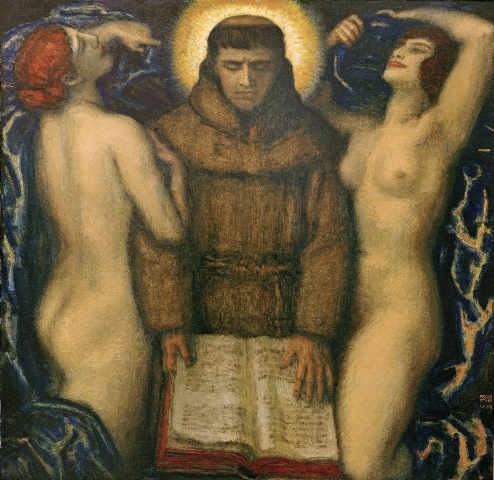 The Temptation of St. Antony (kunst-fuer-alle.de) 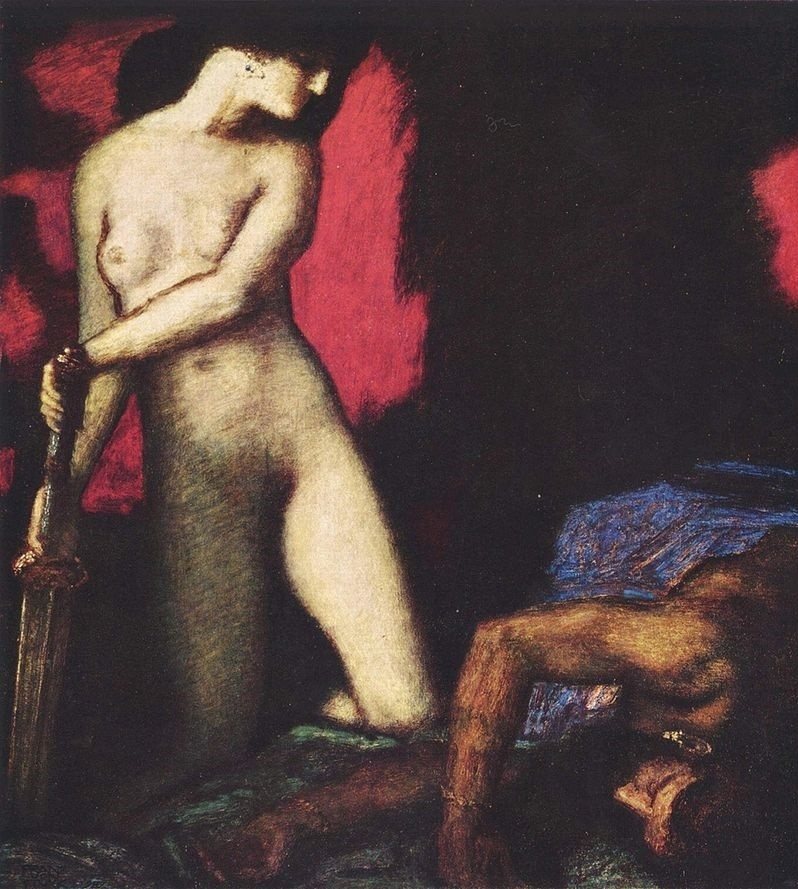 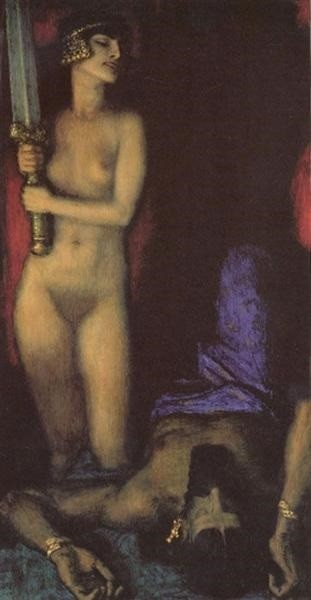 The interests and views on eroticism fully manifested themselves in lots of novels and treatises, among which the novel “Venus in Furs,” written by Leopold von Sacher-Masoch in 1870, appears to be one of the most significant. The artists of that time, including Stuck, seem to be obsessed with powerful and dangerous female figures like Judith and Salome. The fixation on the image of femme fatale on the one hand, and on the philosophic concept of the eternal femininity on the other, can be regarded as a trademark of human culture since the post-renaissance period along with the absence of mighty male images. Indeed, when we speak of Renaissance art, marble David of Michelangelo comes to mind at once. When we turn our attention to the art of the last four centuries, we can largely recall female figures like Eve, Danae, Leda, Venus, Salome, Judith, Susanna, Virgin Mary, etc. Christ is apparently the only male counterpart. It’s hard to tell, whether one should blame modern morals or capitalism, which successfully enslaved art. 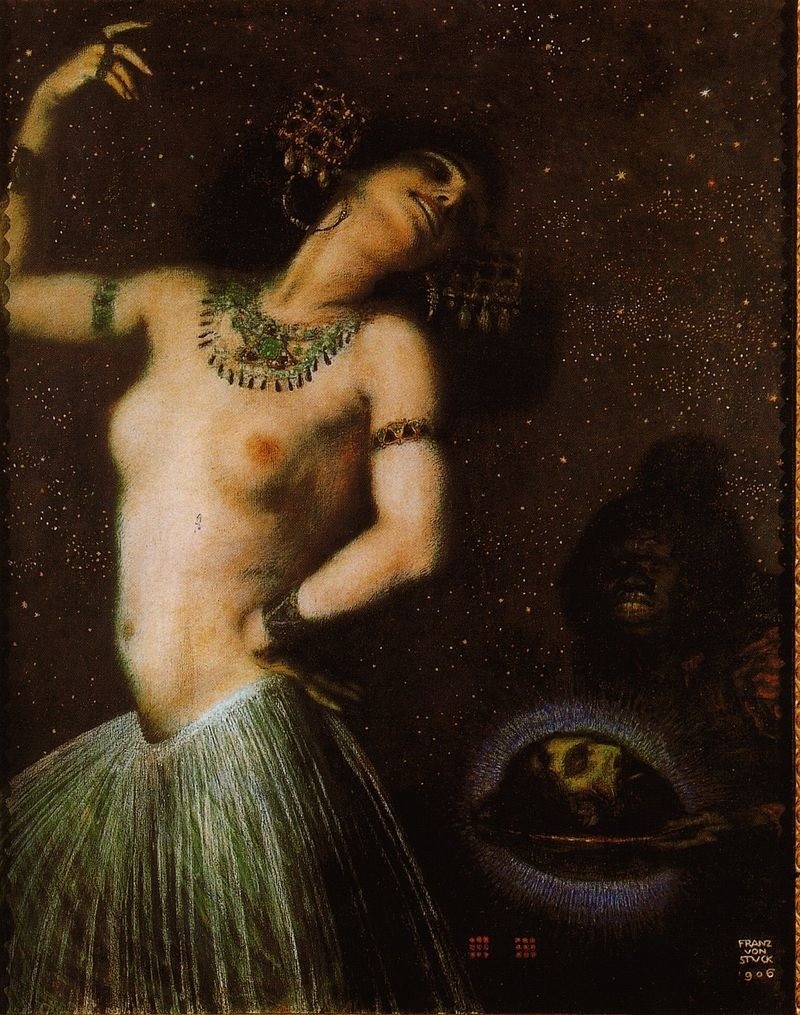 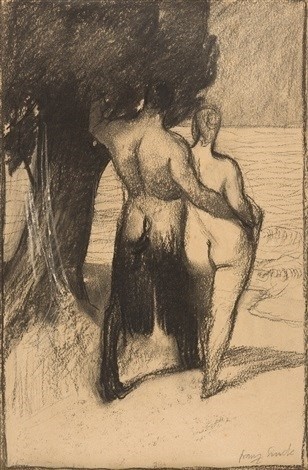 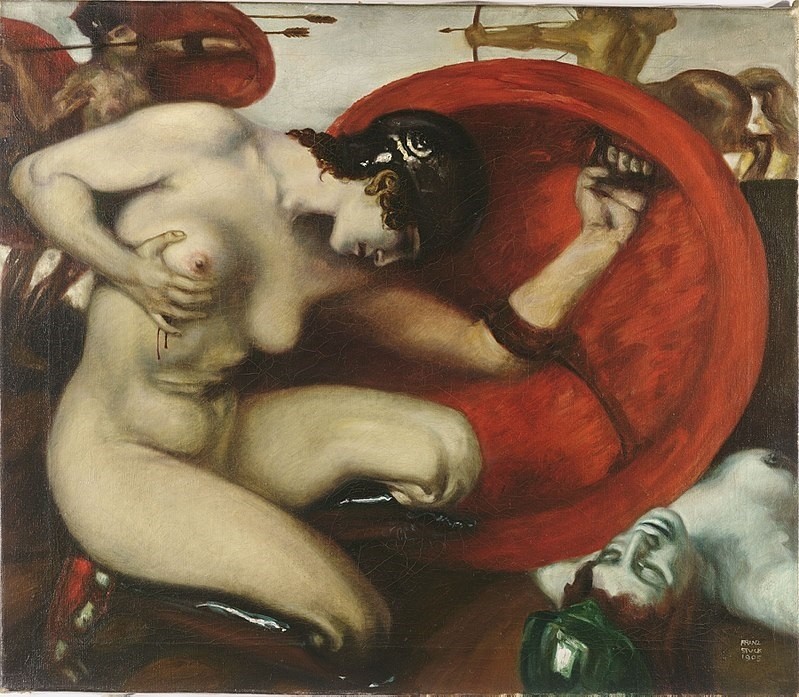 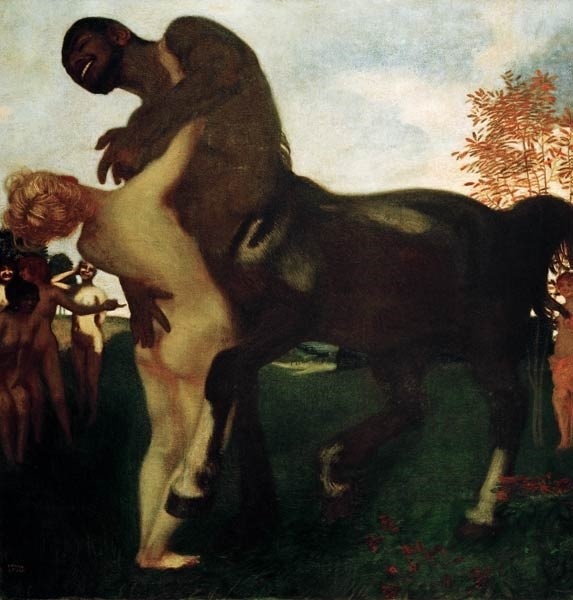 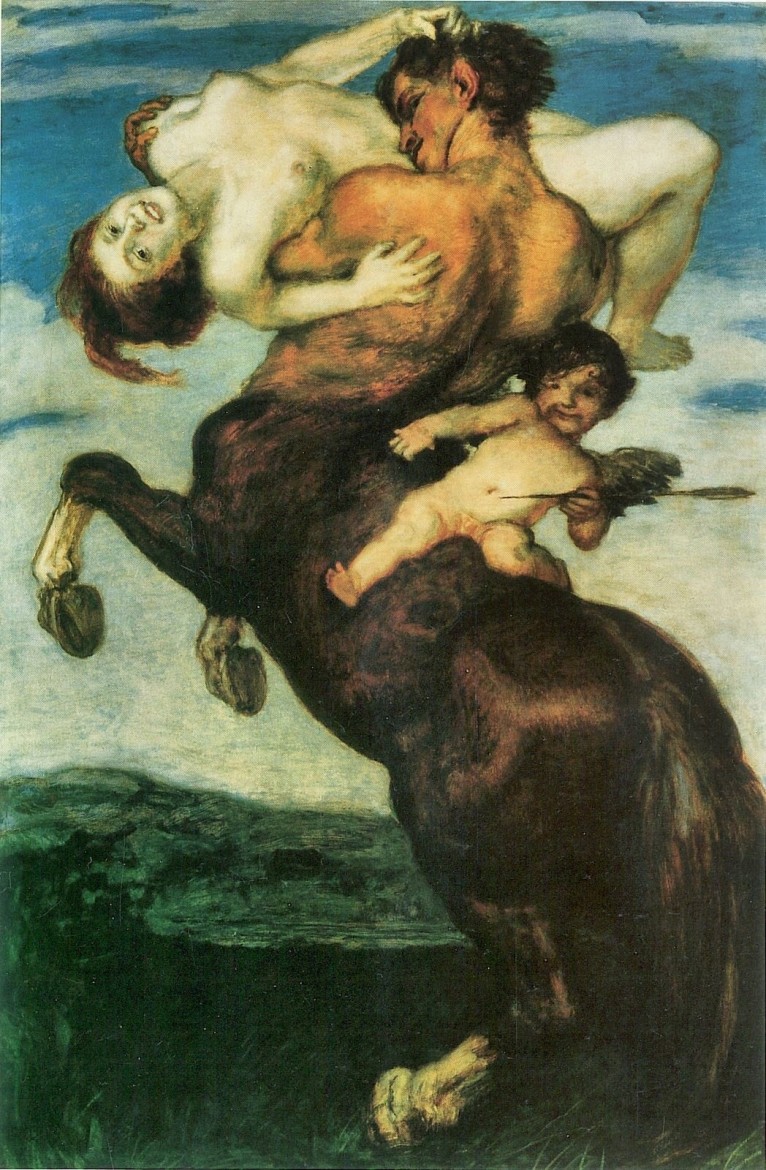 Rape of a Nymph (with a cupid on a centaur’s back), blogspot.com 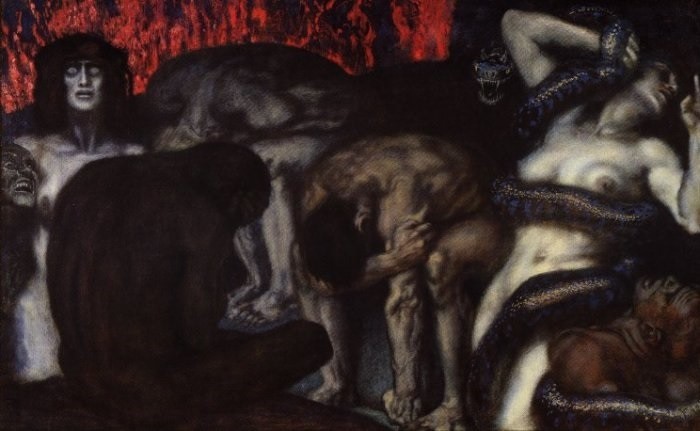 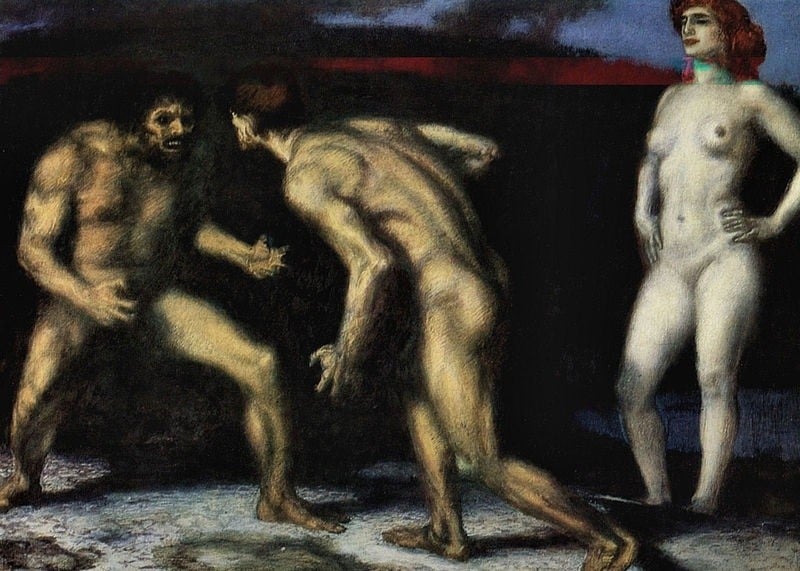 The Struggle for Woman (Wikimedia.org)

While some artists were producing images with powerful manipulative women because they were provocative and profitable, other workers of culture treated it like the pressure of matriarchy. Otto Weininger, an author of the scandalous book “Sex and Character,” dismissively insisted that women are prostitutes focused on male submission. The vicious circle becomes obvious if we understand that Weininger’s thoughts were based, among other things, on the male concept of females. So, since the man is destined to answer the question of Sphinx, his key will always be equal to himself. 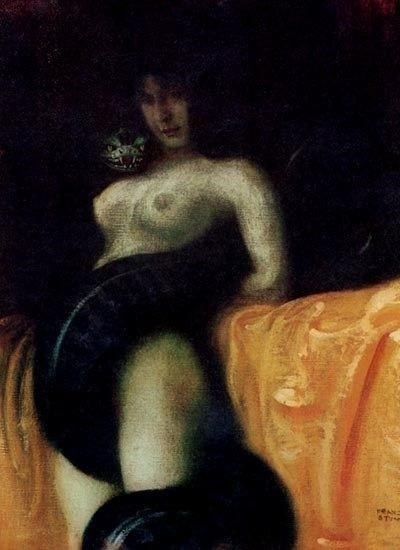 The Sensuality (variation of “The Sin”), pinterest.com 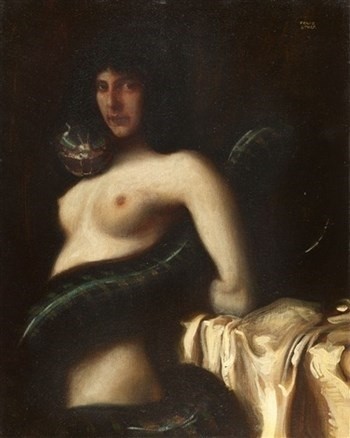 Variation of “The Sin” (artrenewal.org) 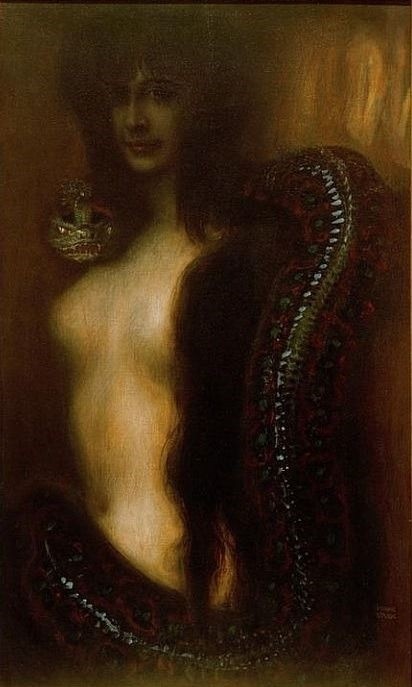 Variation of “The Sin” (pinterest.com) 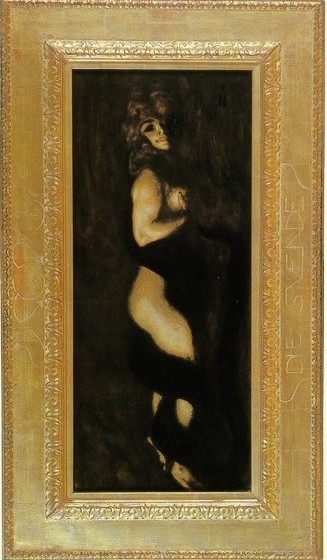 Click HERE and check out the erotic-Satanic art of Félicien Rops….!!