Félicien Rops (1833-1898) was a Belgian artist working in the genre of symbolism. His depictions of witches, flirting skeletons, and naked Magdalene-like women were praised by his friend Charles Baudelaire, whose poems Rops illustrated. The artist began his career with caricatures and satirical lithographs in student magazines while he was studying law at the University of Brussels.

During the 1860s, Rops traveled a lot and studied etching, which allowed him later to discover a new etching technique. His art and lifestyle were totally in the infernal spirit of that time: “Rops: Anoints himself with rouge, dyes his hair and wears a blood-red shirt: looks, or so he hopes, like a sarcastic Satan.” (Felix Feneon). It’s known that Rops was a mason, so his drawings are often esoteric and full of allegories. 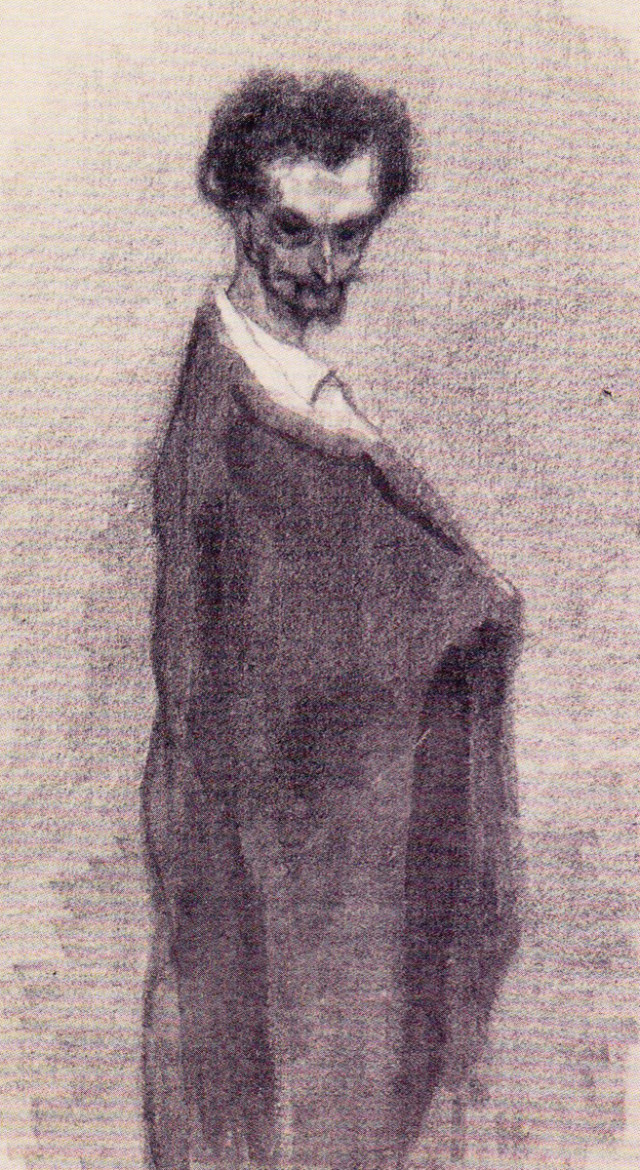 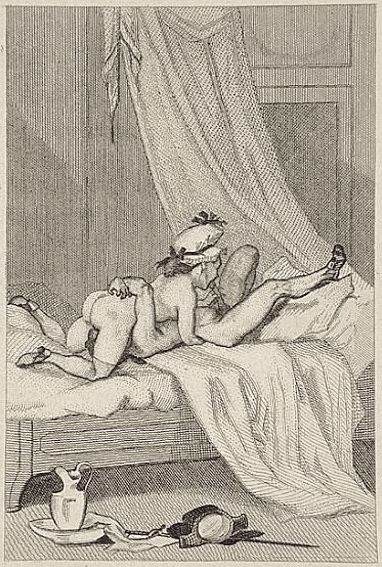 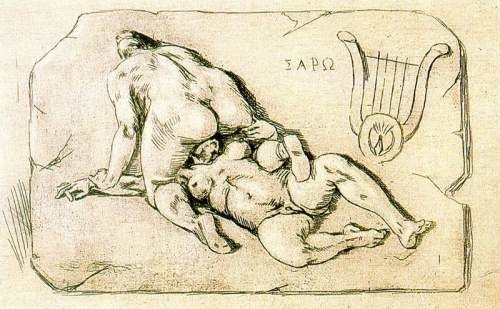 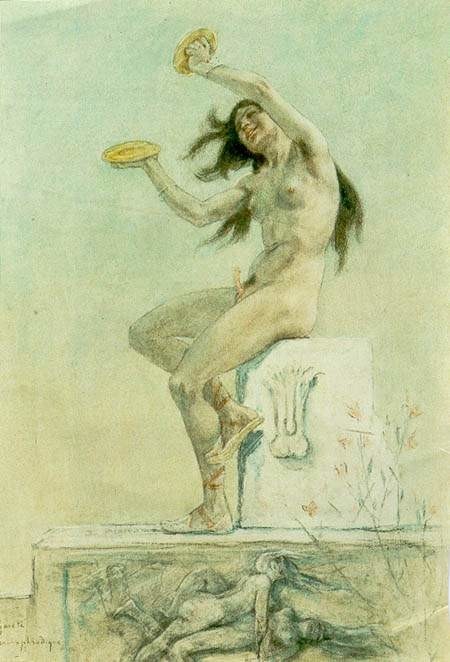 Rops develops satanic motifs in his images. The naked female body becomes a constant element of these sacrilegious works that are very close in their atmosphere to the surrealistic drawings by Clovis Trouille (1889-1975). The woman is always depicted by Rops as a source of sin: she is a bad witch, a seducer, haunted by demons. 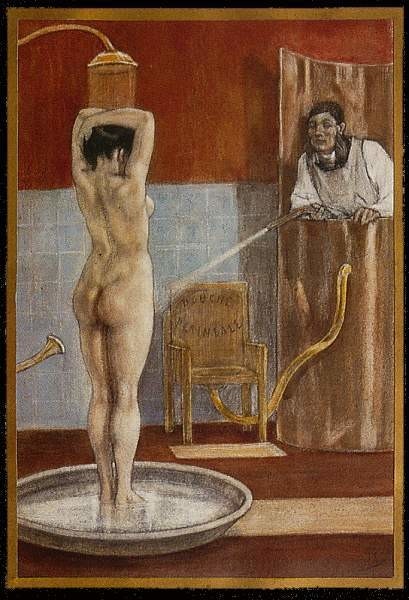 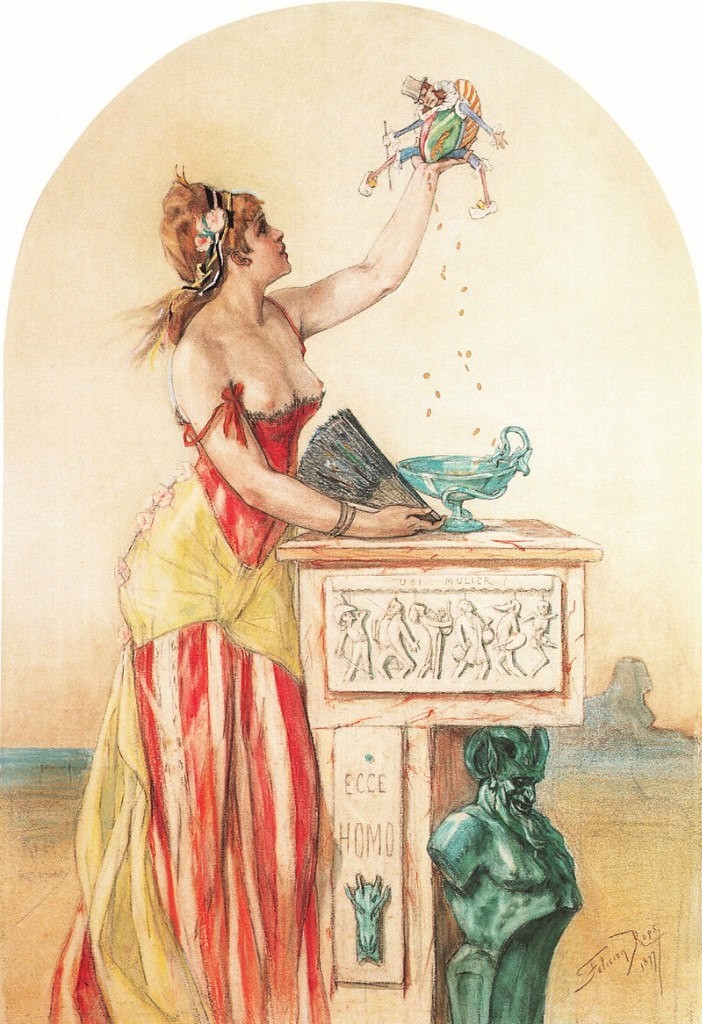 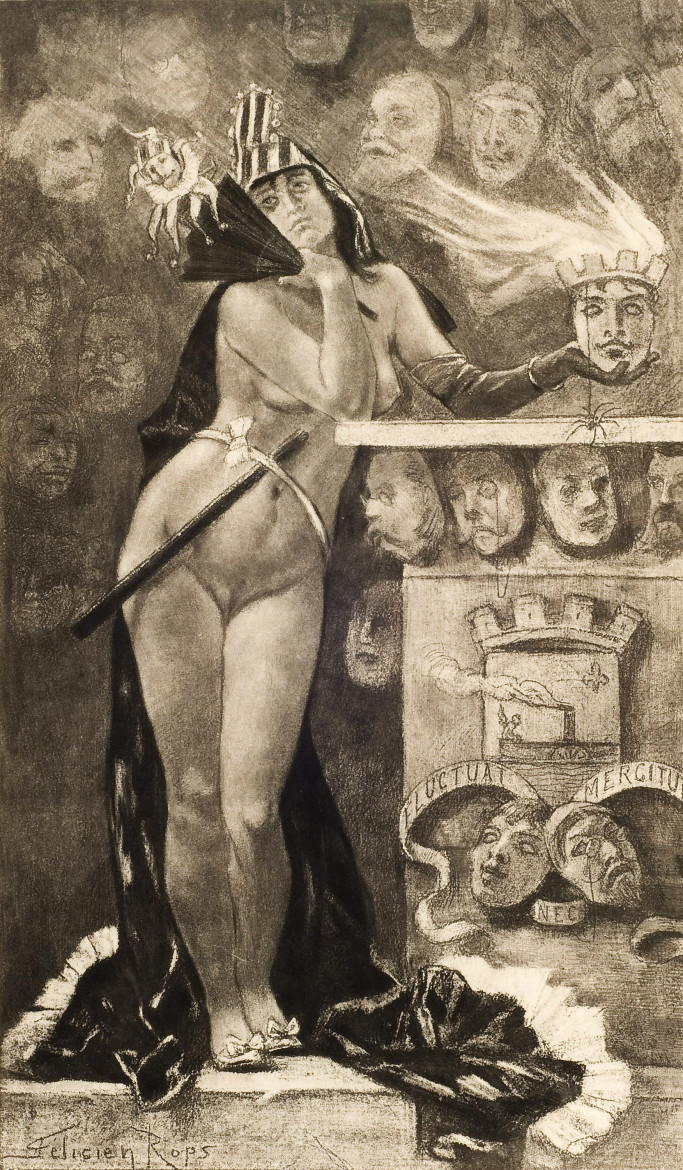 This vision of femininity was much inspired by the poems of Baudelaire. The poet fell in love with a ballet dancer Jeanne Duval from Haiti, whom he called his Black Venus. With her exotic sexuality, she embodied for Baudelaire a dangerous femme fatale, and to love her meant for him to parish. Their unstable relationship lasted for twenty years. The fact that they both suffered from syphilis also adds an infernal touch to their love-story. 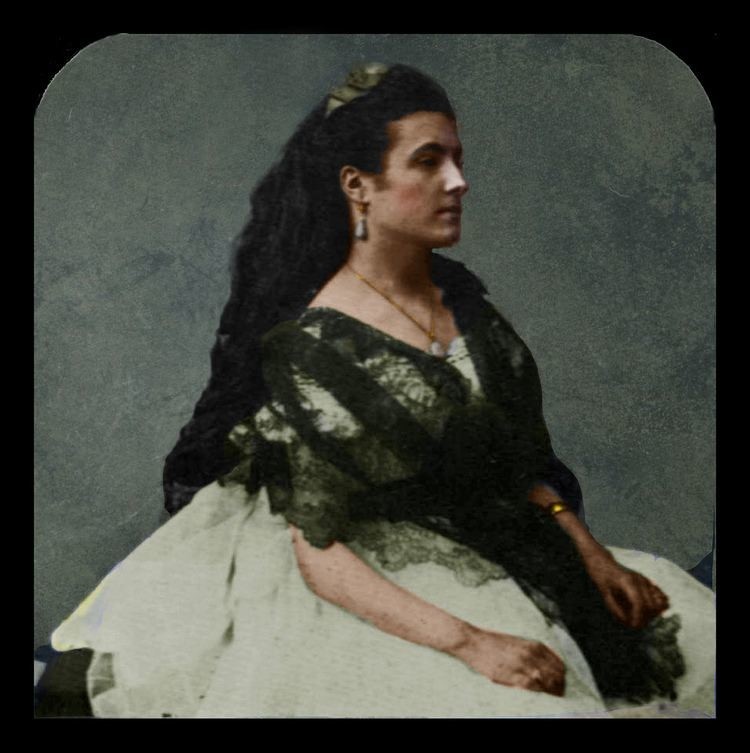 In the works of Rops, sexuality is not a vital feature, in contrast, it’s a prerogative of the dead as in the print by Kuniyoshi (fig. 11). The death in the vision of Rops is a sex-starving coquette, and Cupids are literally “little deaths.” 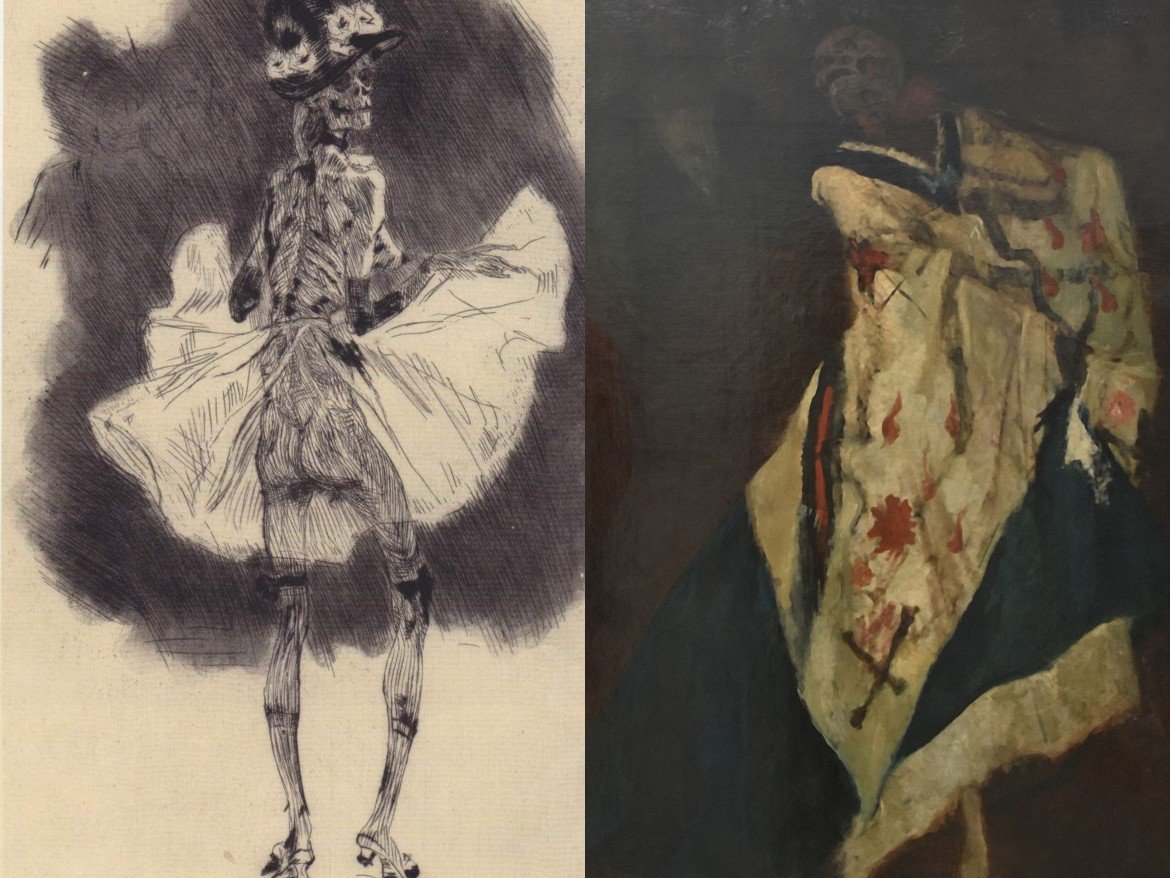 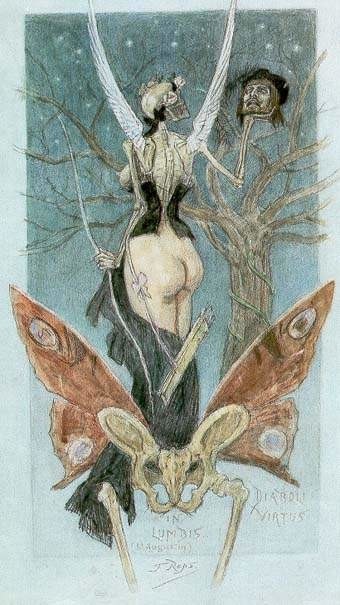 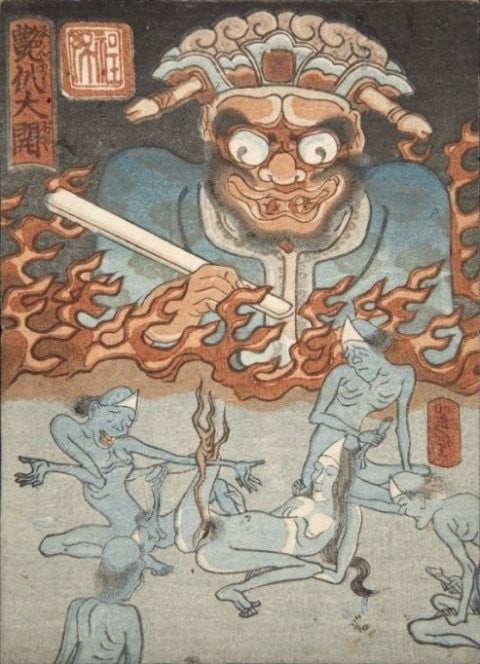 The sinful females of the artist’s works are not only descendants of seduced Eve and ancestors of the Whore of Babylon. Their voluptuous bodies and red hair flipping in the wind remind of Lilith, who is said to be the first Adam’s wife in Alphabet of Sirach (c. AD 700–1000). 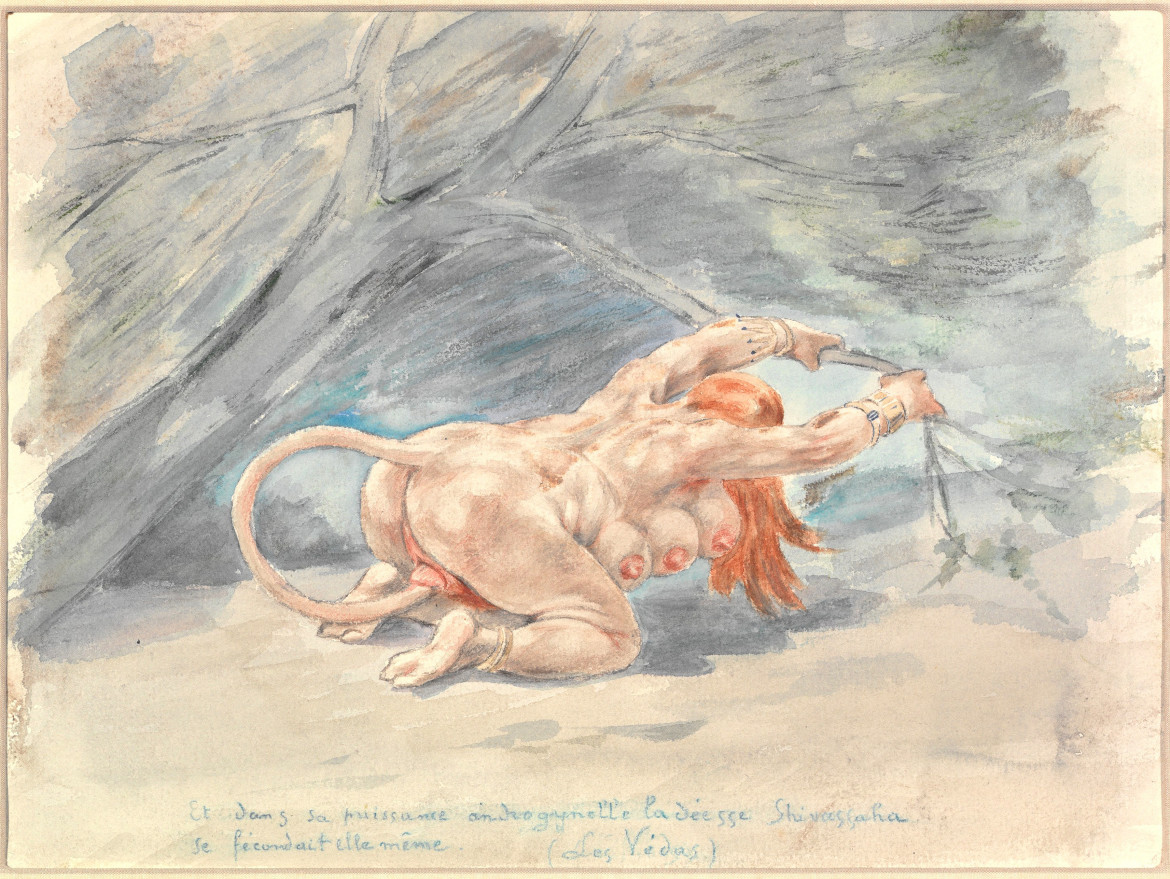 Both crucified Venus (Eros) from “St. Antony’s Temptation” and the French Liberty seem to be similar to this apocryphal red-headed figure. She was also made of clay as the first man, and she didn’t want to obey her husband, or, if we say more precisely, didn’t want to be under Adam during the intercourse. So she broke up with him and left the garden of Eden after spelling the secret name of God. Being outside Eden, Lilith became a demon who is harmful to the children of Eve and to the birthing itself. 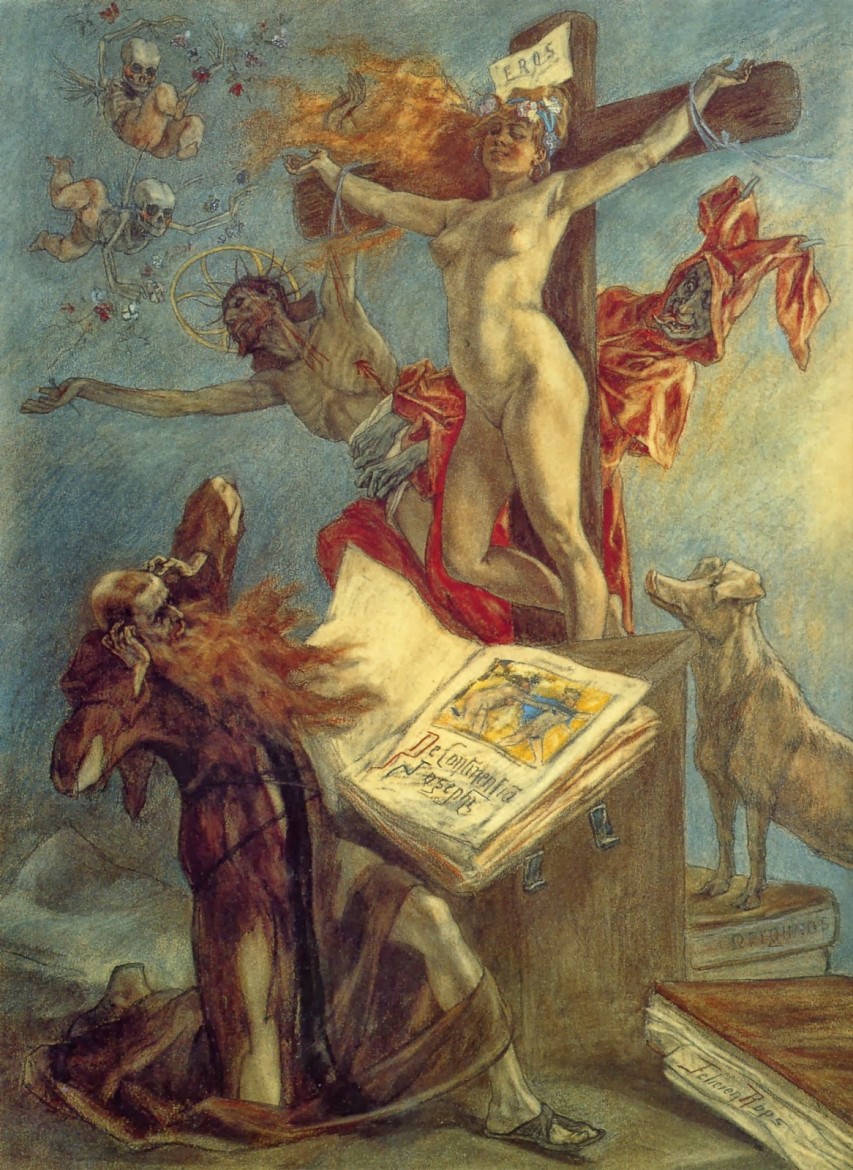 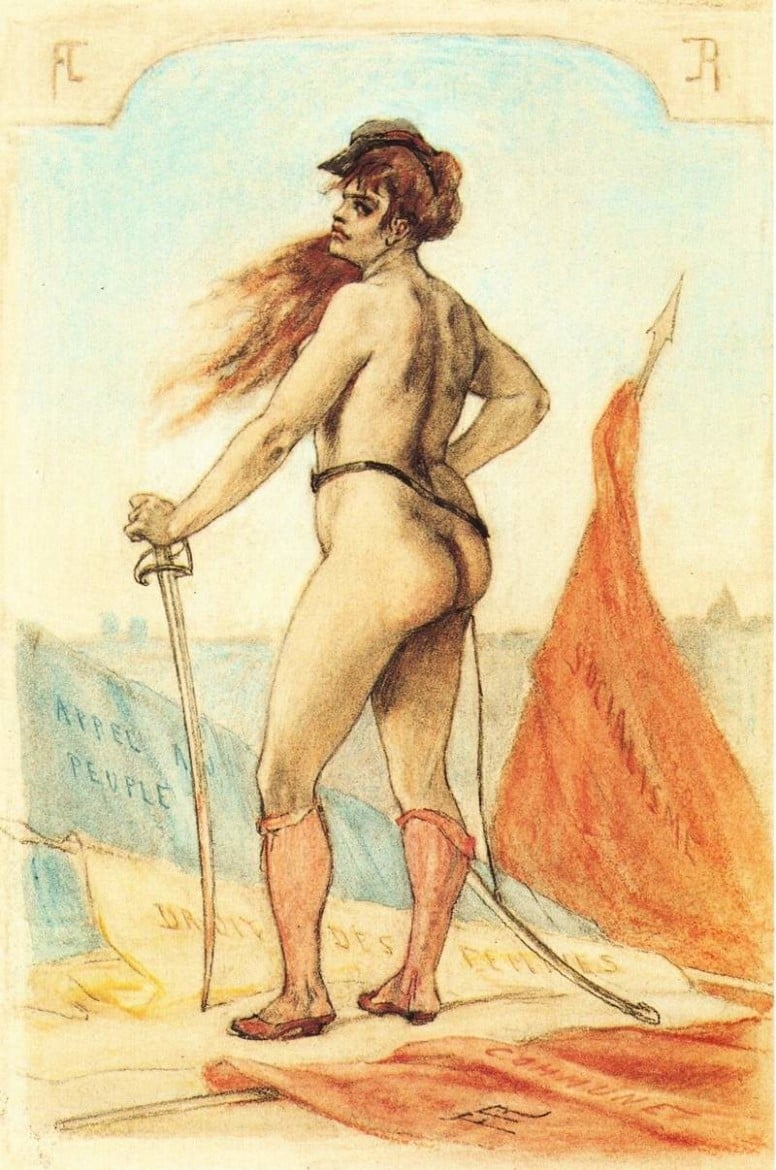 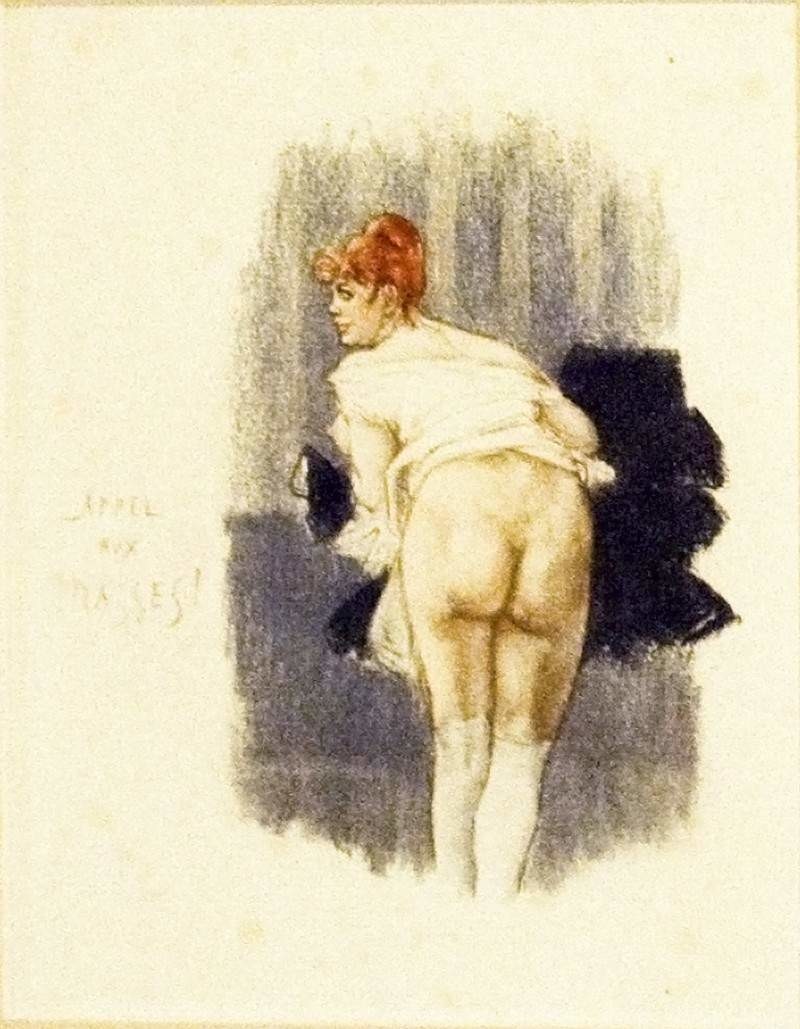 The image of the woman with a crucified mixture of Christ and Baphomet/Pan behind her back or the depiction of a magician summoning the female spirit makes us think about the period of witch purges. 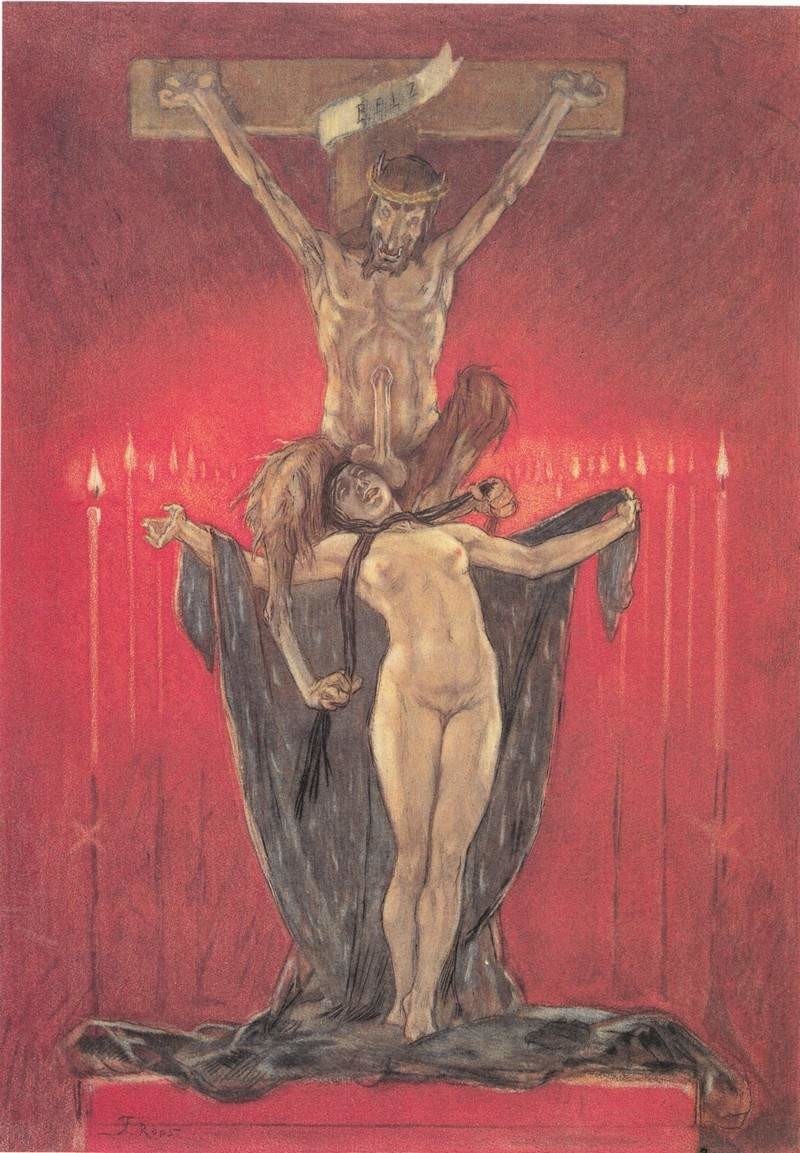 The trials led by the inquisition resulted in approximately 40-50 hundreds of men’s and women’s deaths during three centuries (from 1450 to 1750). “Malleus Maleficarum” (“The Hammer of the Witches” 1486-1487) was a treatise that provided a theologic and methodologic base for the prosecution of witches. It is said in this book that satan’s worshippers are mainly women, who are destined to practice witchcraft because they are sinful creatures damned by God. 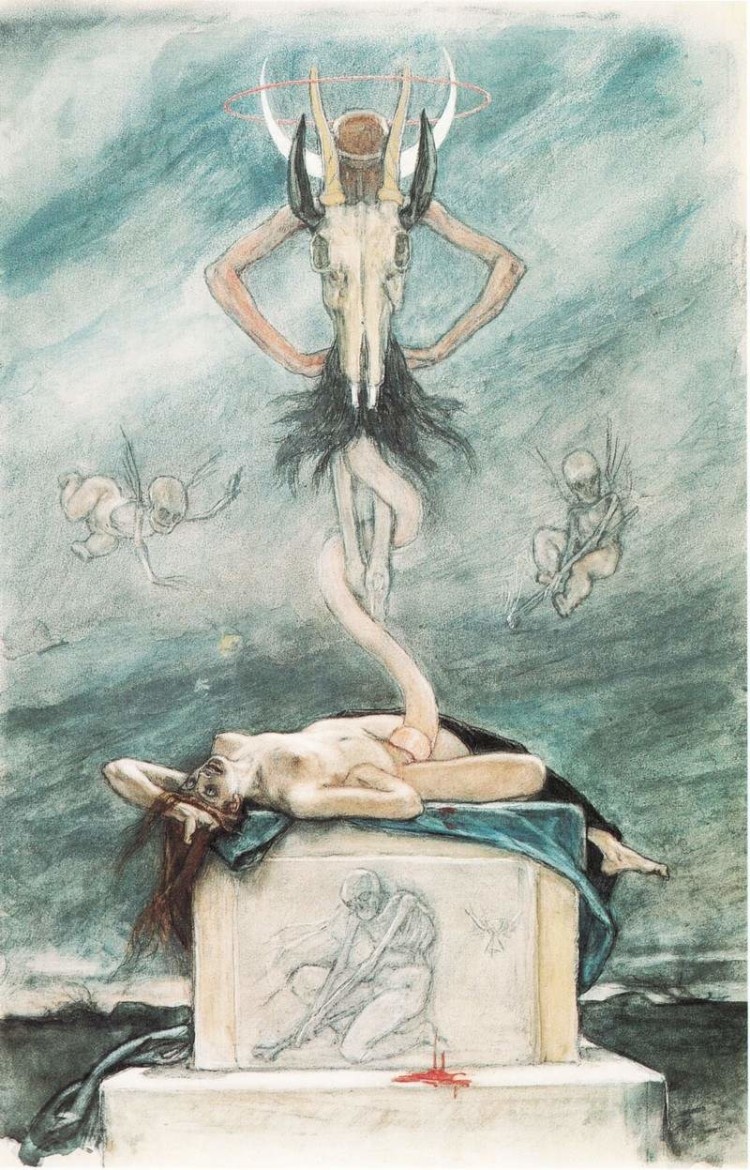 Sophisticated investigations and wrenching tortures provoked mass hysteria. Women accused of witchcraft began to believe in all accusations and told inquisitors about their non-existing crimes. 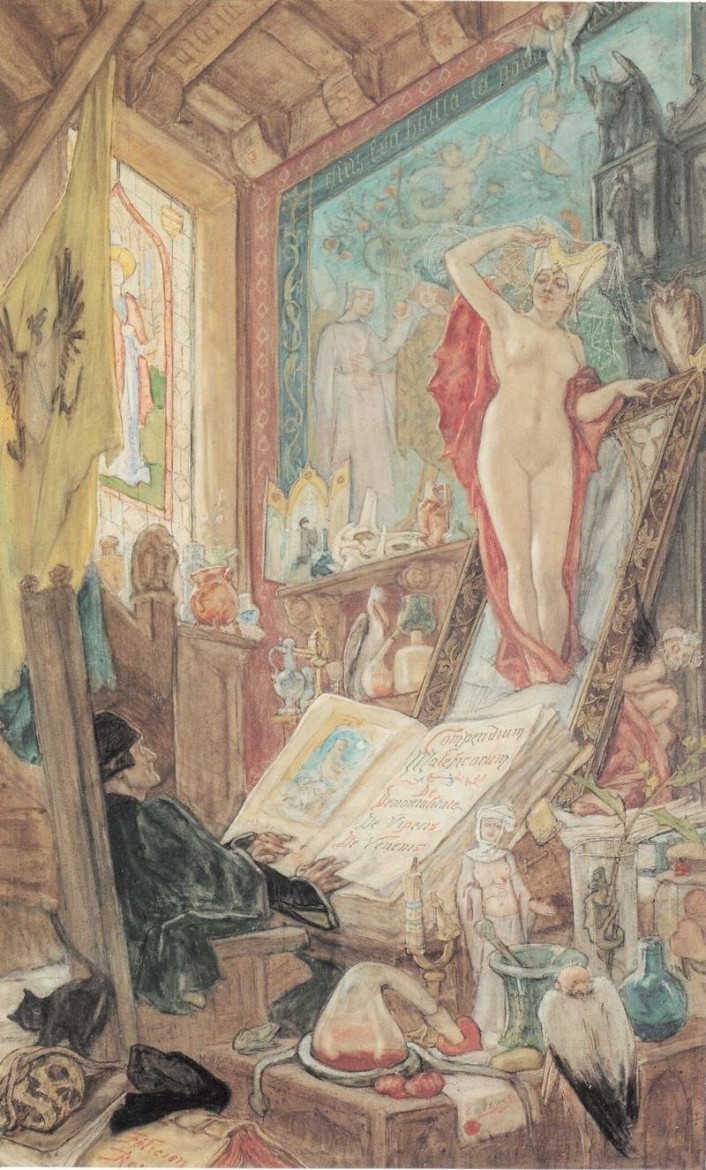 Rops uses these medieval religious concepts in his works and shows the woman as a manipulative courtesan who can give you a Cupid’s disease after you paid her for a kiss.
The feminine chaos that reigns over the works of Rops is relatively close to the spirit of “Antichrist” (2009) by Lars von Trier, where the main female character realizes that her gender is absolute evil. 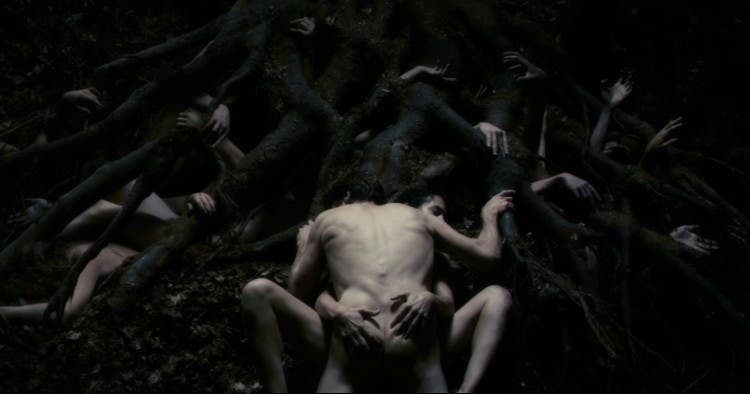 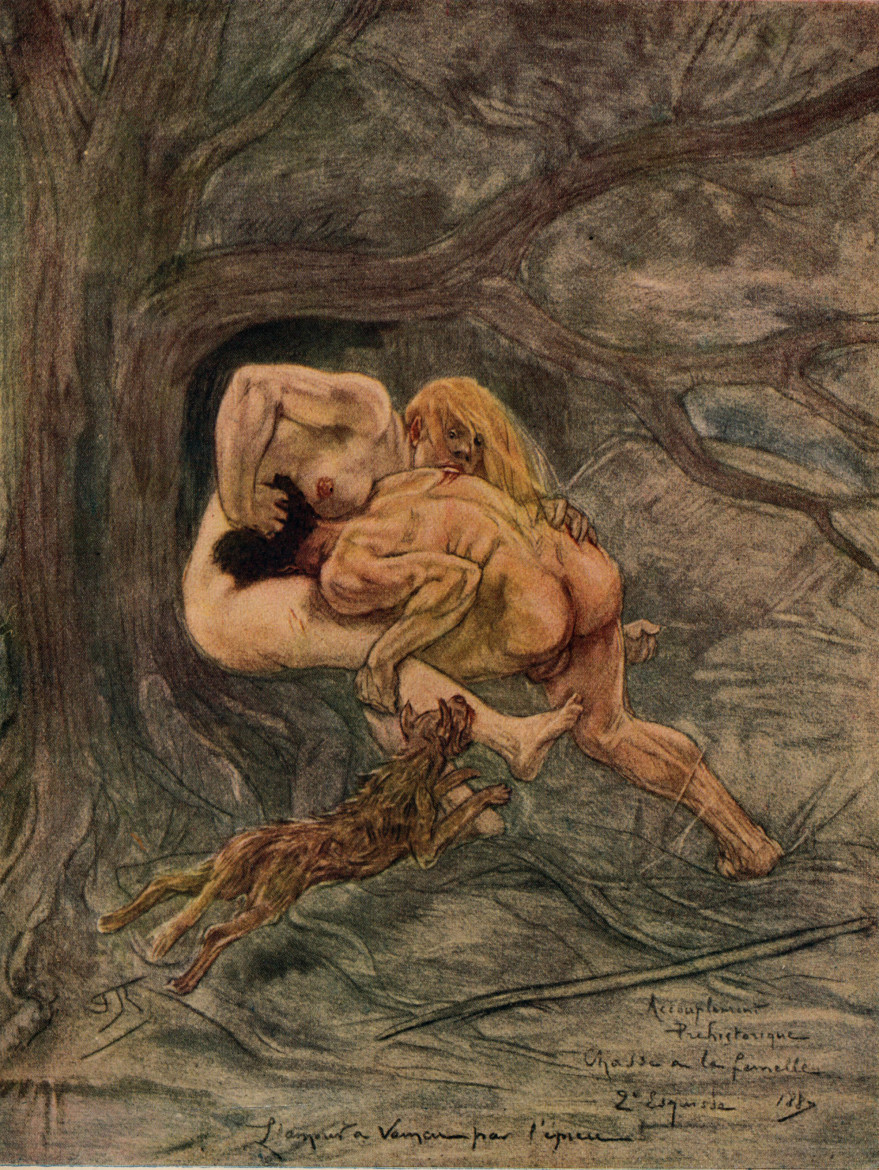 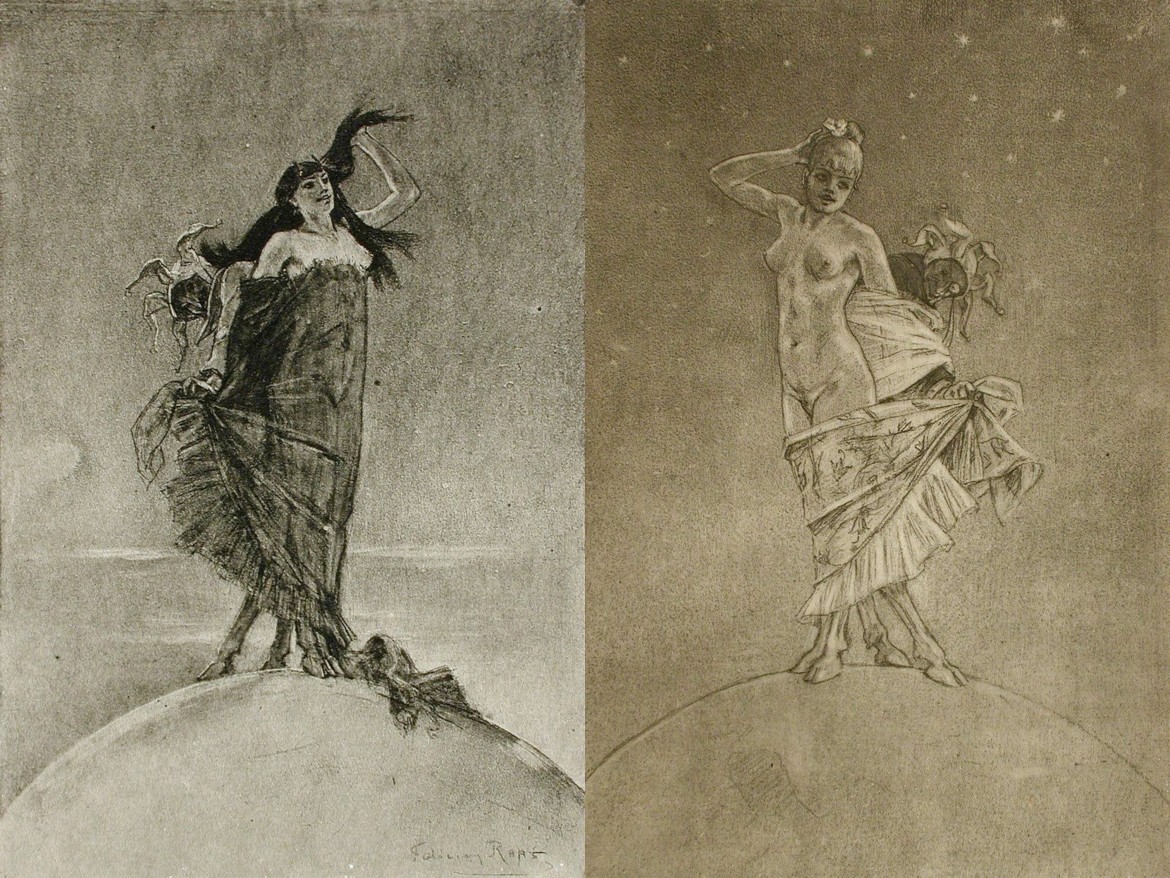 In and Out of Yoshiwara

The most famous work by Rops is “Pornocrates,” (real period in the history of Popes (the 10th century), when harlots of noble families could manipulate with the popes’ assignment) depicting a naked woman with a pig. The titles of arts written in the lower part of the image make this allegory clear: the art itself has to coexist and contact with pornography.

Whether you’re a puritan or not, you can’t deny that “The Naked Maja” by Goya will always be more popular than “The Clothed Maja.” Rops’ fascination with female sexuality, lust, and prostitution is comparable to the same interest of his Eastern colleagues who worked in the Shunga genre and often blended satirical tones with infernal and violent. 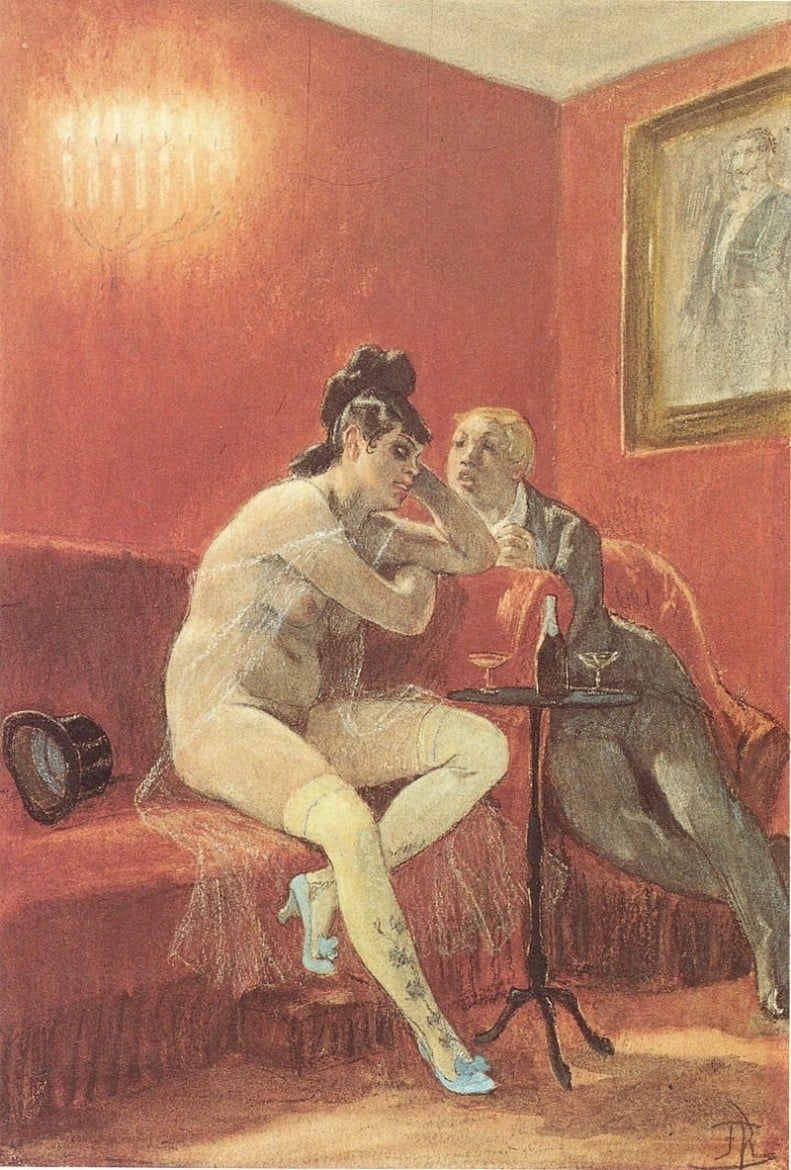 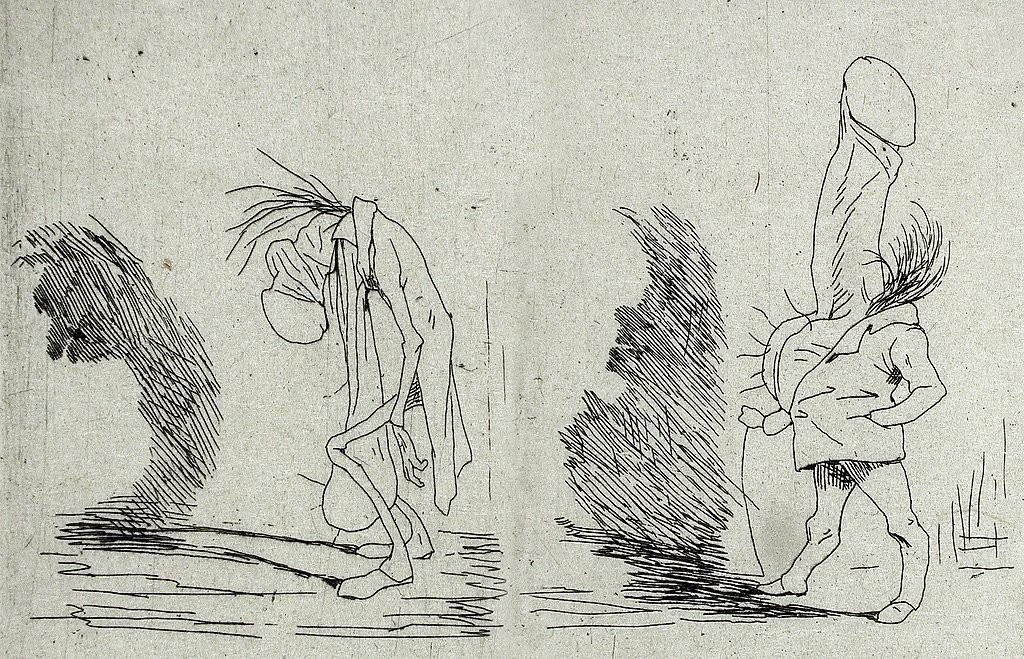 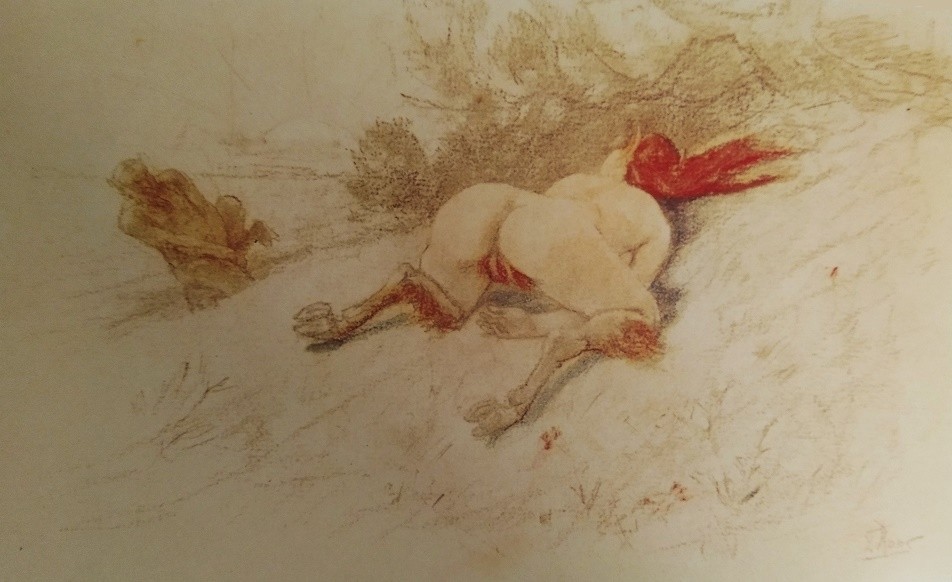 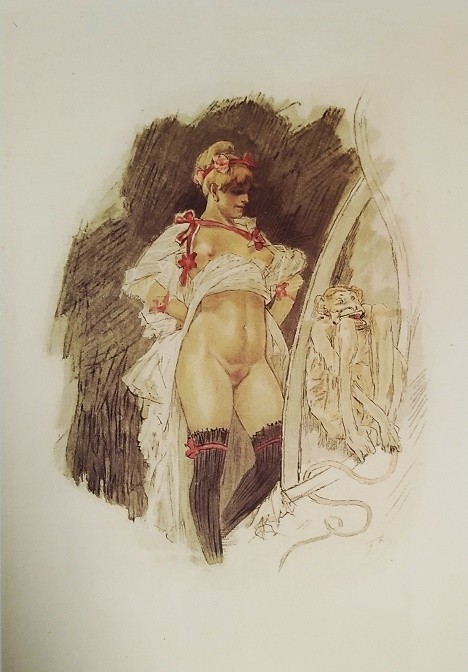 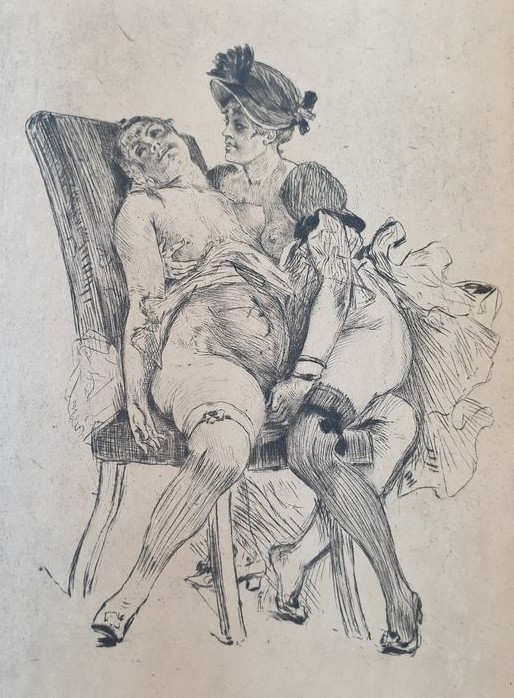 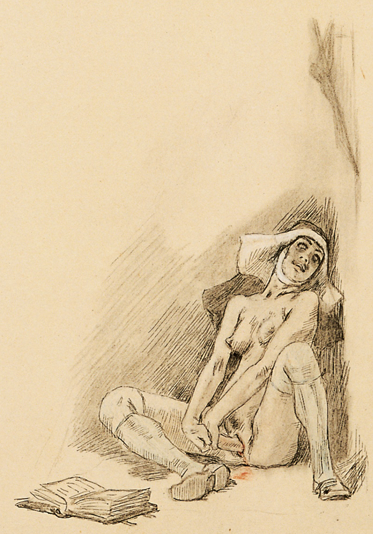 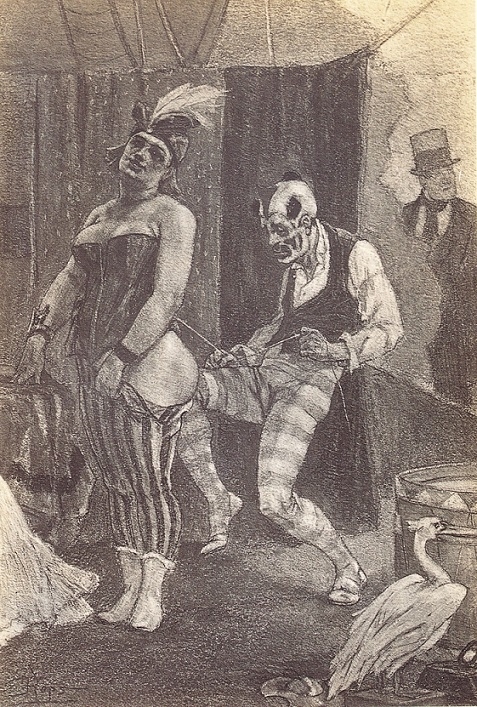 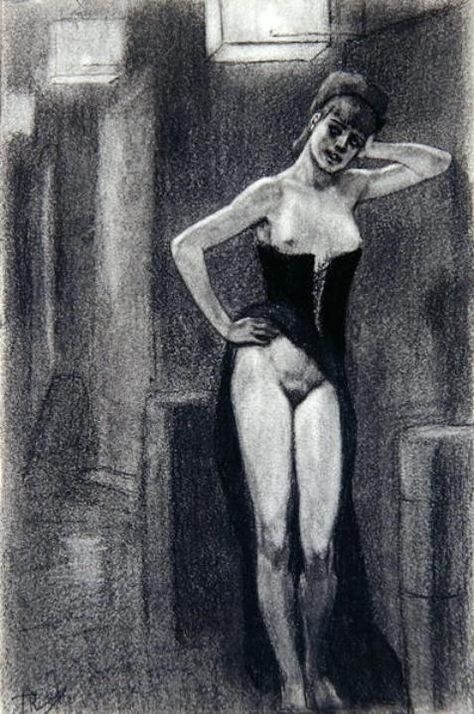 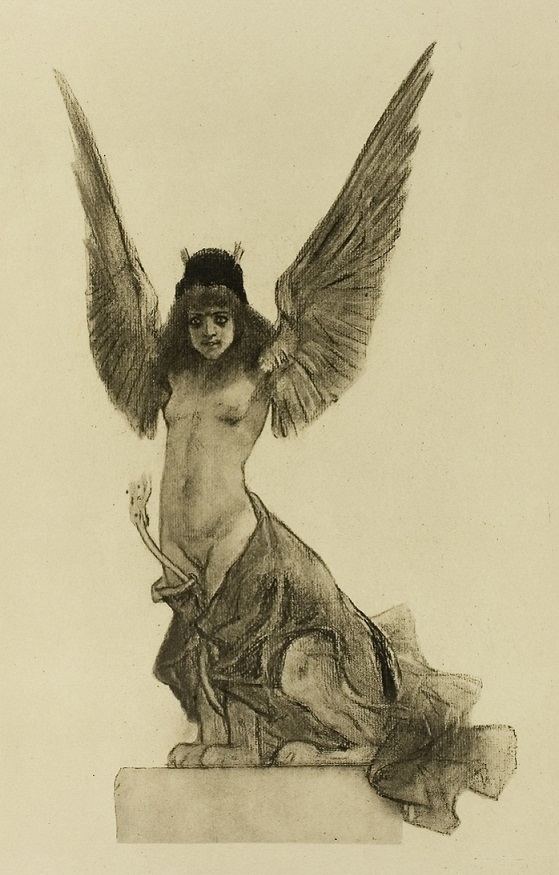 As mentioned in the article some of Rops themes bare comparison to Kuniyoshi’s Kaidan hyakki yagyô series. You can click HERE and check out the complete series…..!!