Share
0
Share
0
Share
0
Share
0
Respond
Share
Share
Share
Respond
A while ago, our co-author Darya introduced me to the French artist Camille Clovis Trouille (1889-1975). She told me that there is a good chance his subversive art will evoke a discussion. Shunga Gallery is not averse to a bit of controversy so we decided to put it to the test. 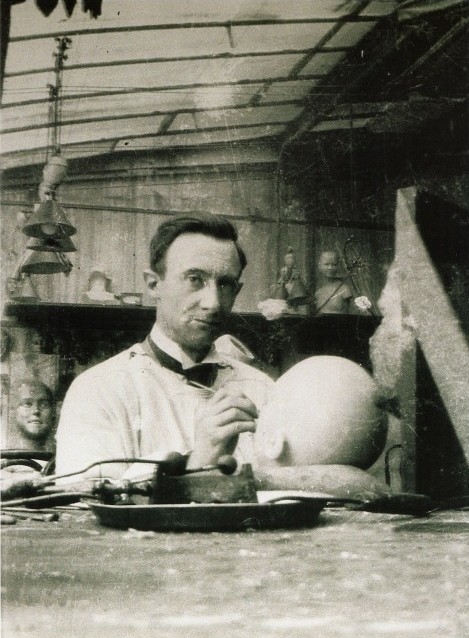 So who was this intriguing “agitator”?

Oddly enough, Trouille is described with the pejorative Sunday (amateur) painter on the Wikipedia page while his controversial and often blasphemous, risqué work was recognized by some of the most important artists of his time. Salvador Dali and Louis Aragon were impressed by his anti-war painting Remembrance (Fig.2) when they saw it at the exposition Salon des peintres et écrivains révolutionnaires,  Also, one of the co-founders of surrealism André Breton was a fan of Trouille who crowned him “the grand master of anything goes” and even offered him an exhibition in his gallery. 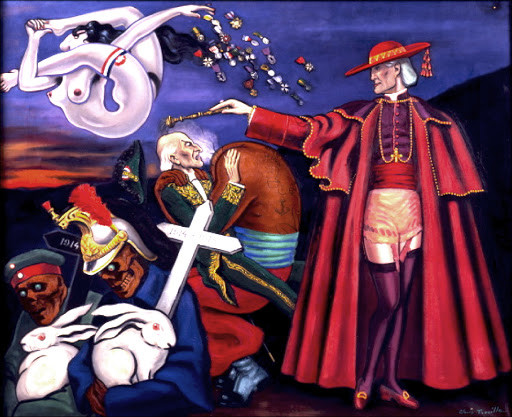 Although he was embraced by the surrealists, Trouille considered himself a nonconformist. He didn’t like to categorize things and said, ‘I paint what I love, I paint feminine beauty. For me everything is erotic.’ So even when André Breton, who was a big fan of his work, offered him an exhibition he declined afraid that he would be labelled in any way. He apparently needed this nonaligned status in order to be completely free concerning the choices of style and themes, such as his unbridled criticism of authority in general, and the church and the military in particular. The scatalogical details (Fig.7 and 11) in which he makes fun of Catholicism are a compelling example of this. 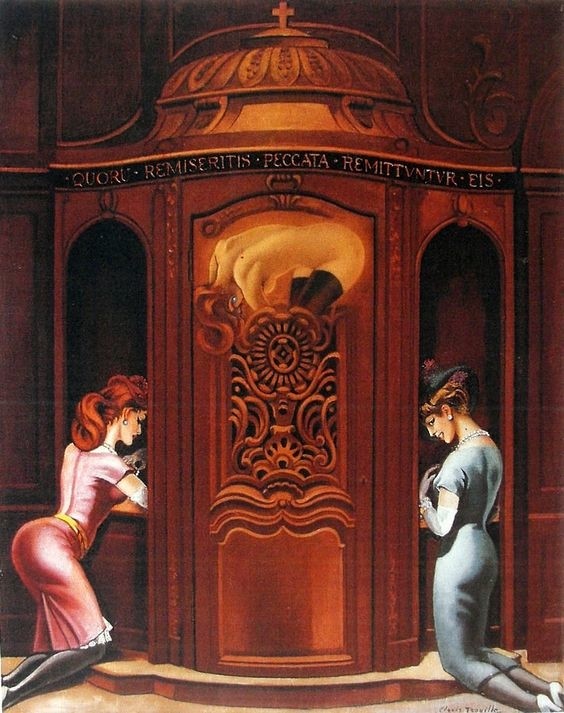 Trouille was born in La Fère, in the Picardie region of France. He attended the École des Beaux-Arts of Amiens from 1905 to 1910. Besides painting he studied fashion and advertising, and worked as a designer for Chez Draeger. Due to his traumatic experiences in the First World War he developed a strong aversion for the military which can be found in some of his paintings.

Trouillé’s refusal to join forces with the big names in surrealism and the few sales he made during his small independent shows were the reason he also worked as a mannequin restorer at a department store in Paris. He was a perfectionist and reworked many of his pieces. Therefore the total amount of paintings he made is limited (around 100). 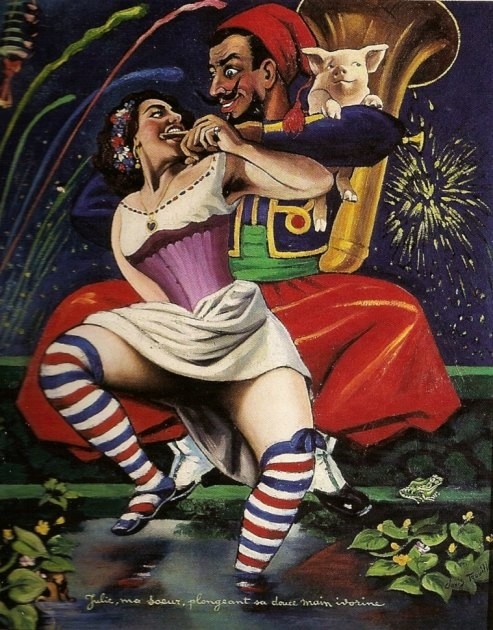 In 1947 Trouille finally joined the surrealists in the International Exhibition of Surrealism arranged by André Breton and Marcel Duchamp at the Maeght Gallery in Paris. In repsonse to his ‘Rememberance‘ piece (Fig.2) Breton wrote the following note “To my dear friend Clovis Trouille who paints with hot coals.” Despite this attention, it then took another twelve years before he took part in another major show, the Exposition Eros internationale Surréaliste at the Galerie Daniel Cordier in Paris.

Trouille’s principled attitude and self-reliance give him a special place in art history. The epitaph on his tombstone puts it nicely: “Here lies the artist who lost his life while earning it!” 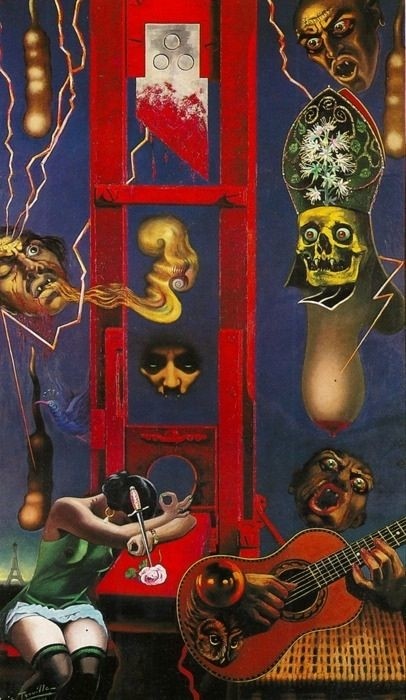 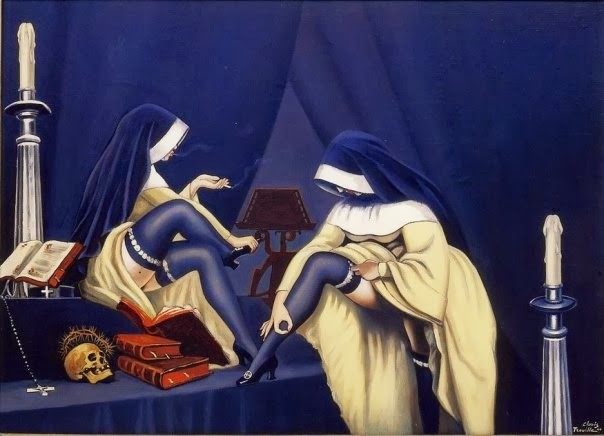 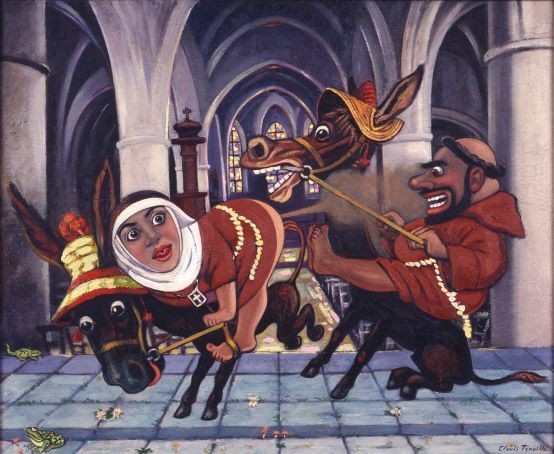 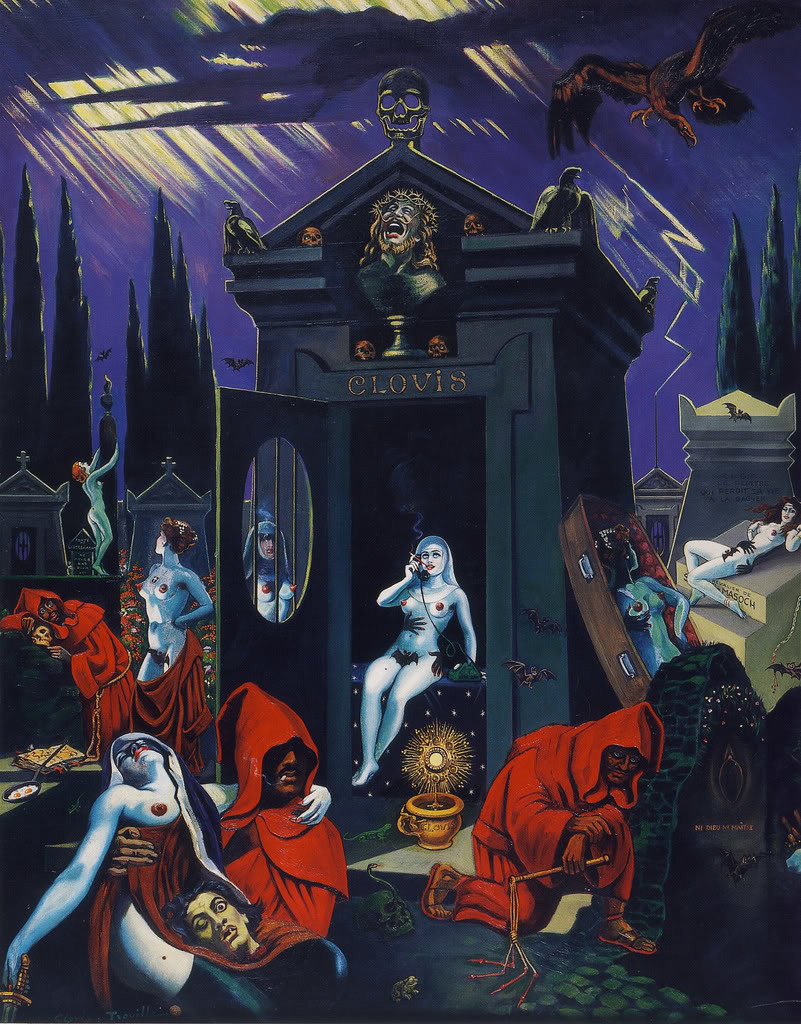 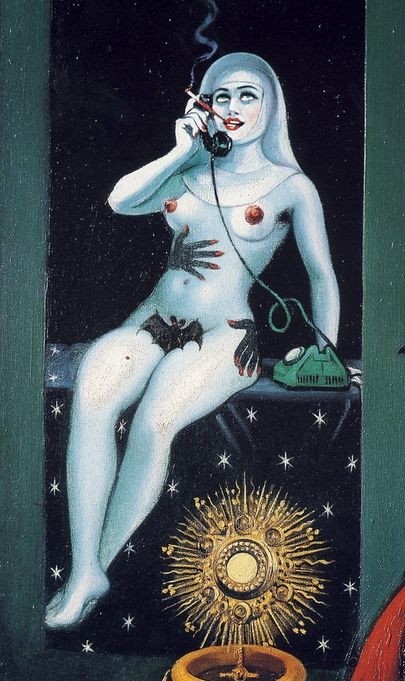 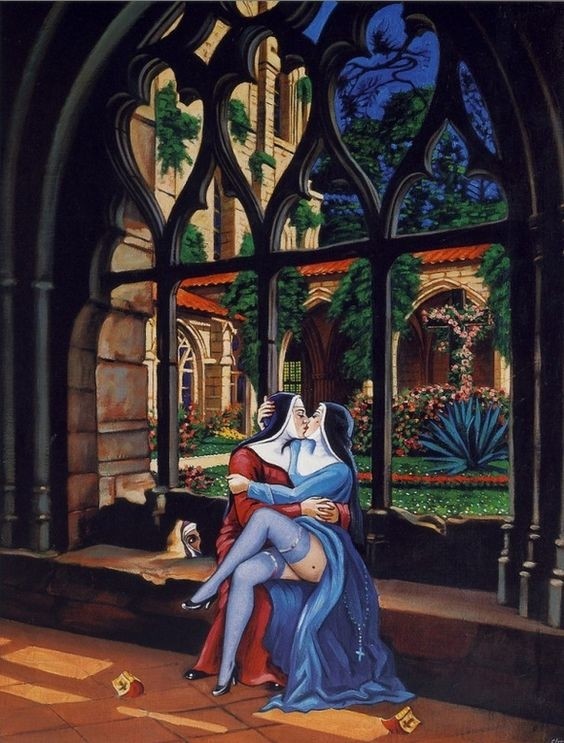 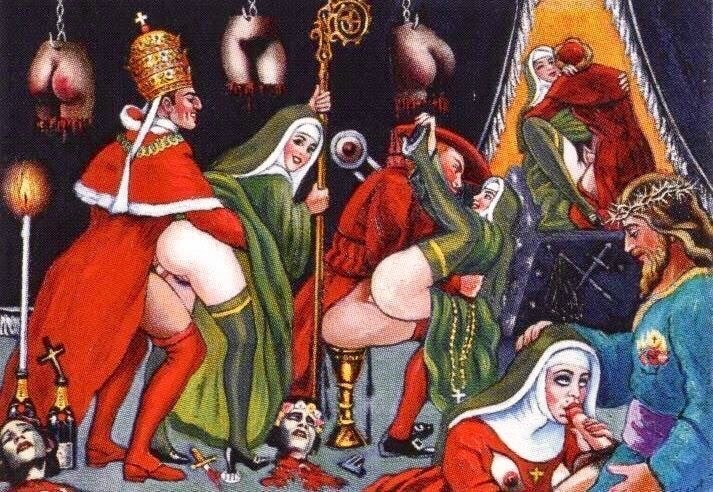 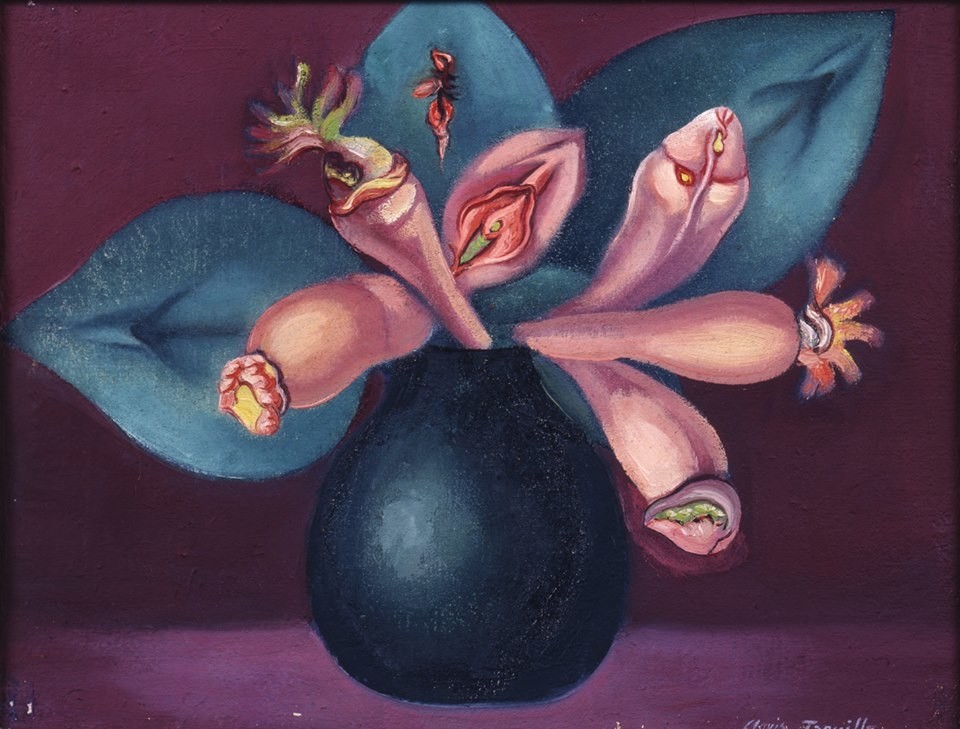 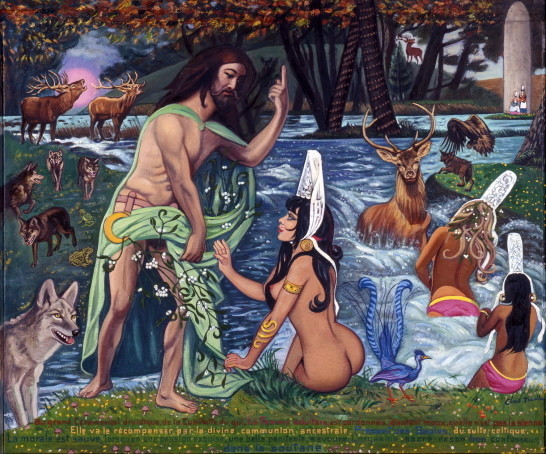 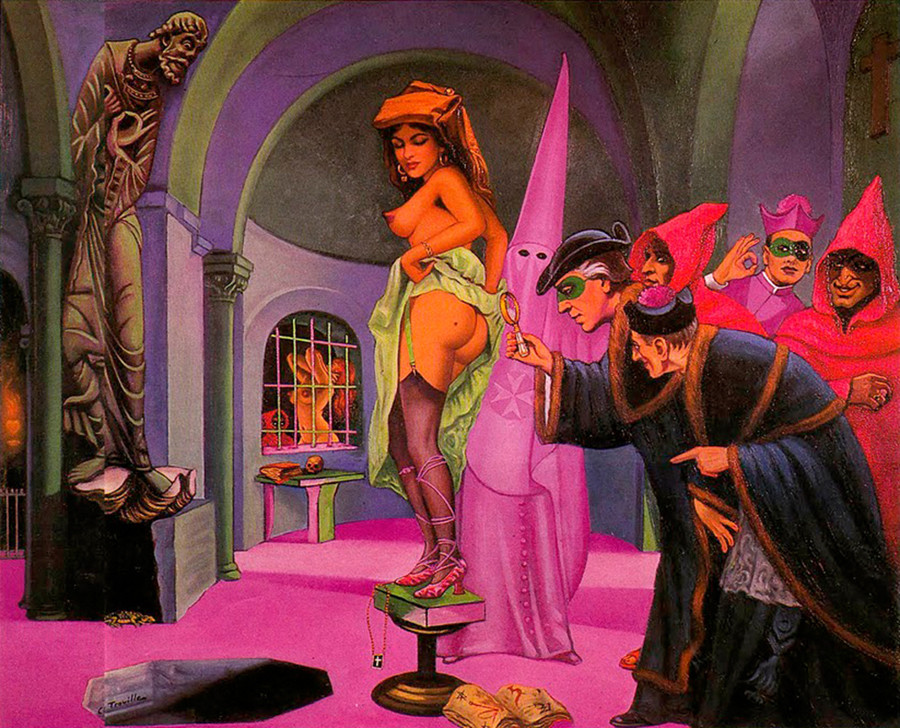 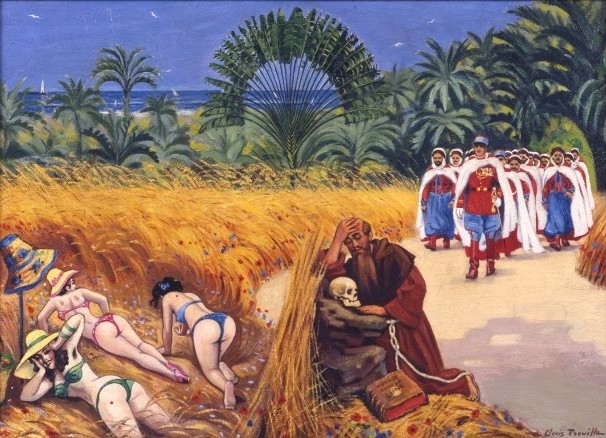 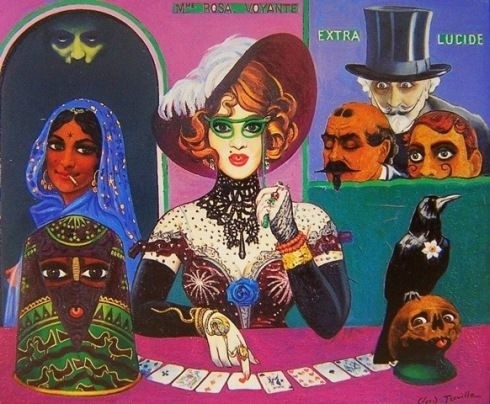 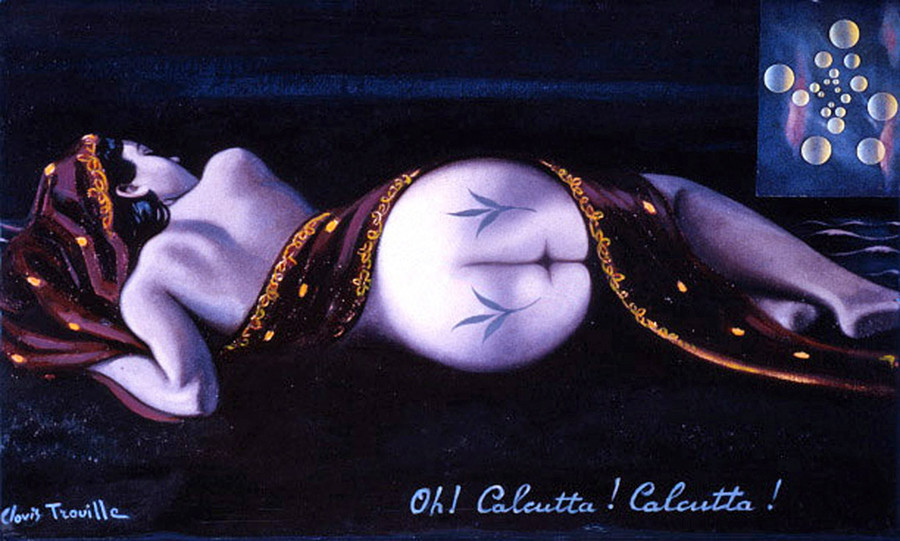 Oh! Calcutta, Calcutta! produced in 1946, is Trouille’s most famous painting (Fig.17). More than two decades later, the title was used for the notorious and subversive 1969 musical revue by Kenneth Tynan. The controversy surrounding this show was caused due to its extended scenes of complete nudity, both male and female. 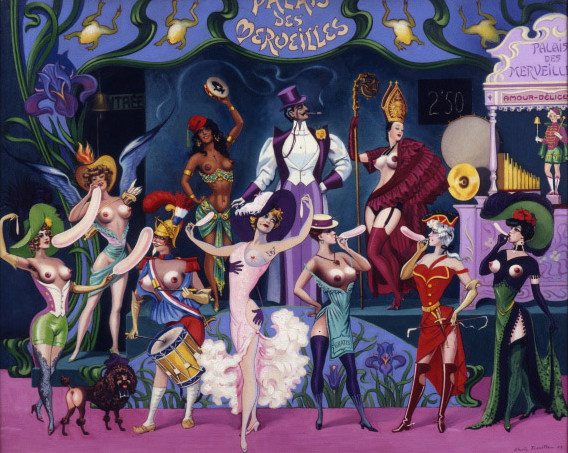 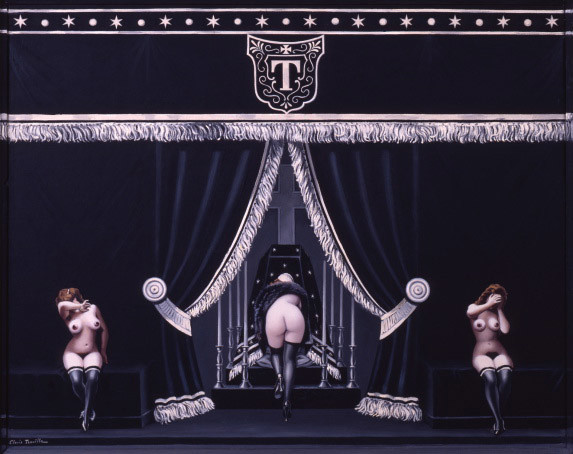 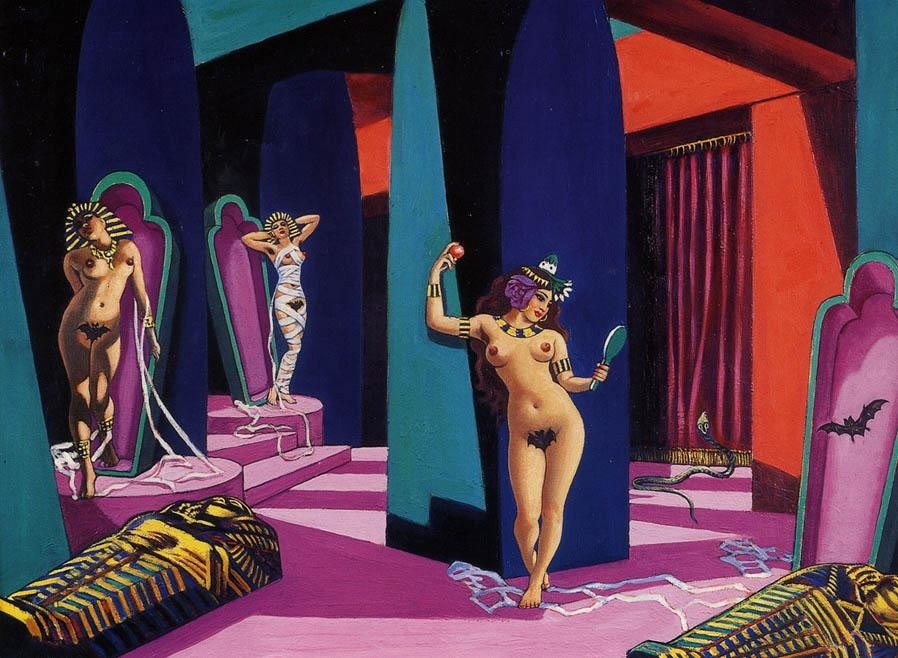 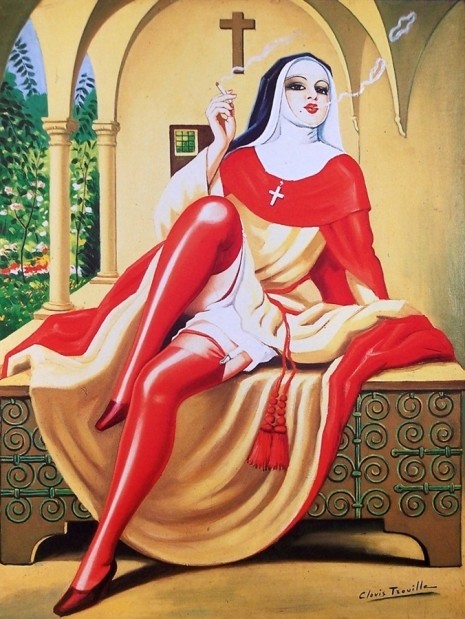 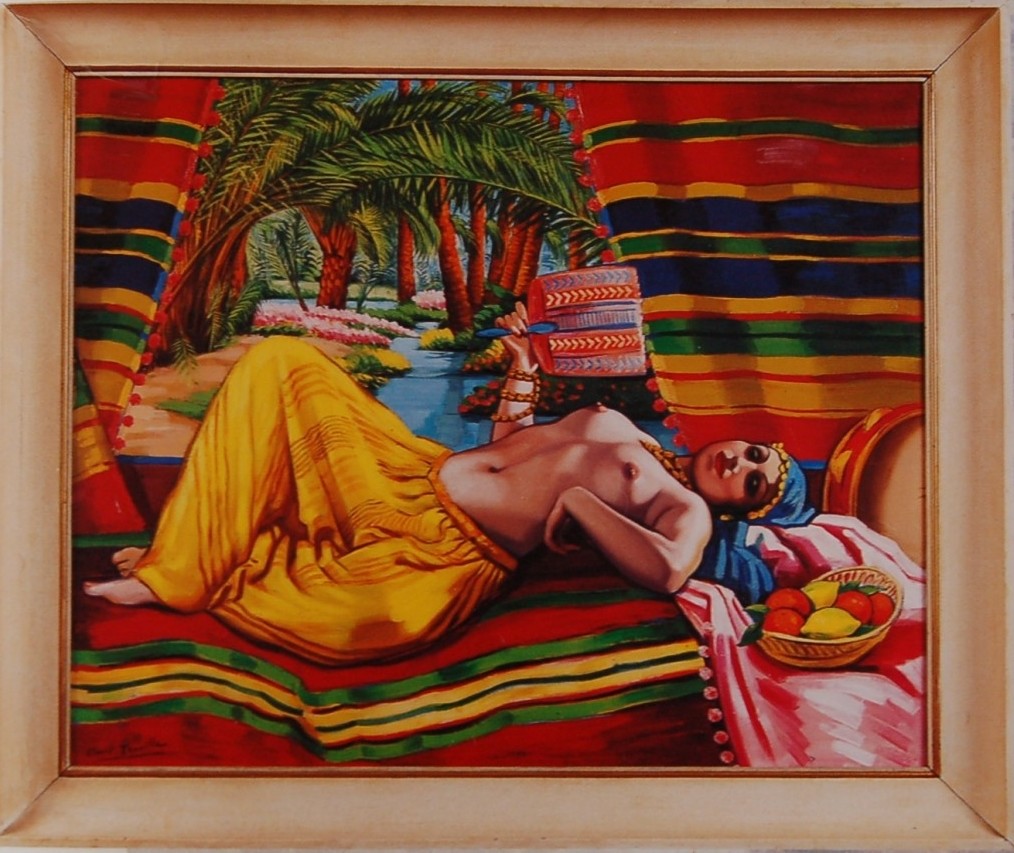 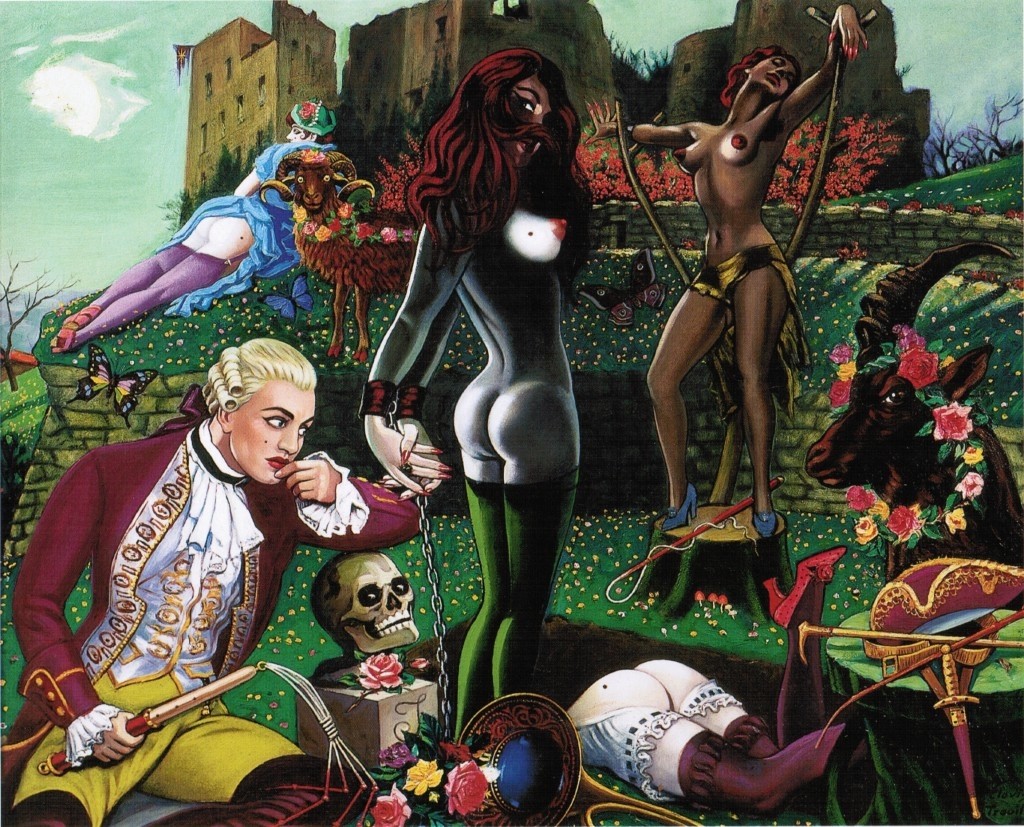 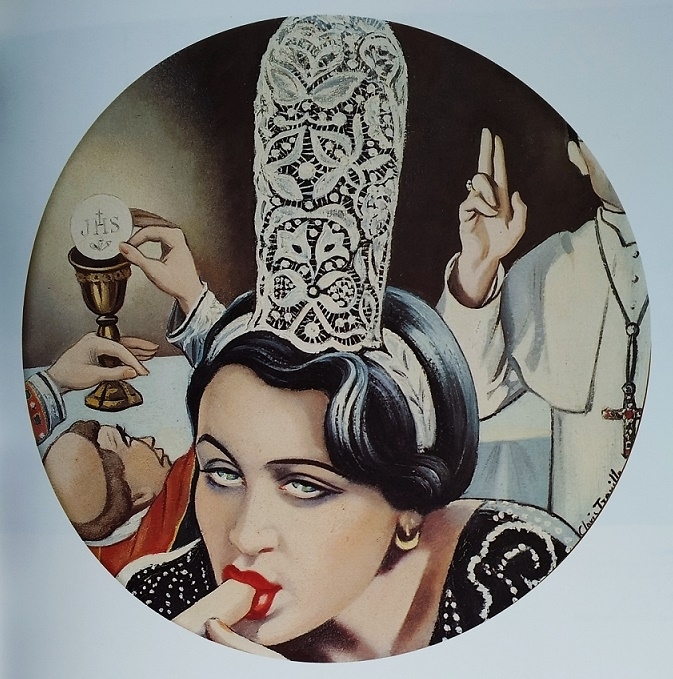 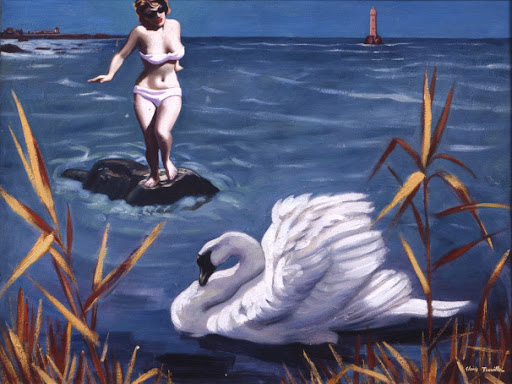 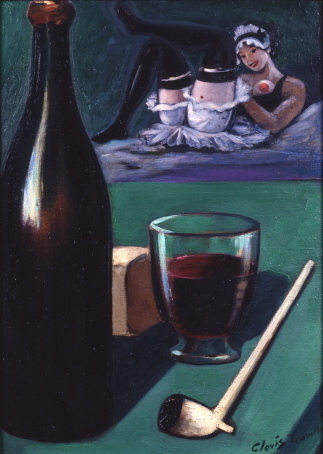 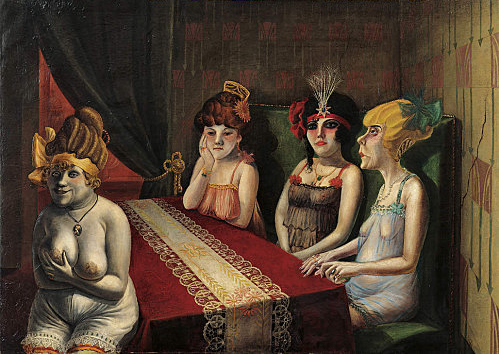 The following video features a substantial amount of work by Trouille…

Click HERE to check out the exciting contemporary surrealism of Michael Hutter….!!
Sources: http://weimarart.blogspot.com/  https://surrealism.website/  https://clovis-trouille.com/
For me personally, this is an artist that I appreciate more and more every time I come across his work! How do you value Clovis Trouille’s art? Start or join the discussion in the comment box below…!!
Share
0
Share
0
Share
0
Share
0
Respond
Share

I like C. Trouille very much. This is "free painting" like we speak of "free speech". A reference for every free thinker. And humorist, (I think also of T. Ungerer and R. Topor is a similar direction).

Thanks Courcelle. I totally agree with this. He was clearly someone who made no concessions to his art.