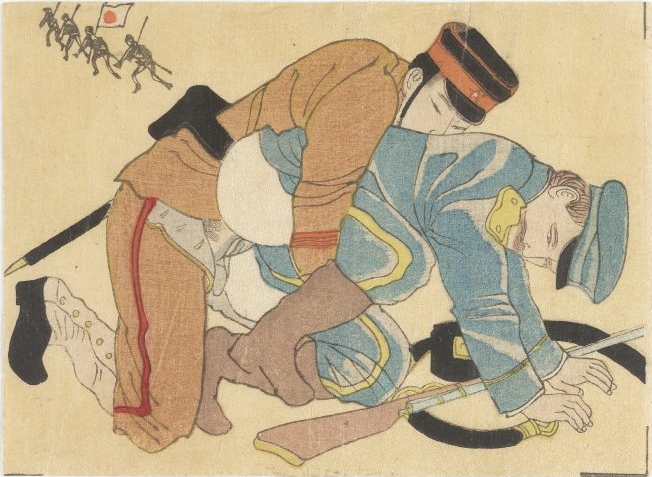 Which Metaphor Is Represented By These Gay Soldiers?

In the catalogue of the British Museum this image has been aptly described as ‘Buggering the Russian’. Both protagonists are infantry soldiers (the Russian has a rifle with a bayonet) of respectively the Japanese and Russian army.

The Russian soldier has the characteristic features as seen by the Japanese, with a pointed nose, white skin, and reddish hair and moustache. These details were most probably mimicked from the cliched manner of depicting the Westerners as ‘red-haired’, or ‘komojin‘, in Japanese prints.

Fig.1. ‘Gay encounter between a Japanese and Russian soldier‘ (c.1904-05) by an unidentified artist.

The print deliberately portrays sexual violence in a battlefield setting. Nonetheless, the illustration is as a whole more nuanced and complicated because of the Russian soldier’s expression, which is somewhat subdued.

Also fascinating is the fact that this homoerotic encounter takes place in a minimalistic space, with hardly any background illustration except for a group of charging Japanese soldiers, holding a flag (in the other impression Fig.2 the soldiers are Russian).

Fig.2. Other impression from different woodblocks with text. In this alternate version, the flag in the top is Russian, so the other Russian soldiers are shown fleeing rather than advancing.

The image has strong allegorical undertones. The sexually potent Japanese soldier can be interpreted as the masculine and powerful subjugator, Japan.  The Russian soldier is portrayed as the servile recipient who has no other choice than to undergo the violent act of the Japanese victor – i.e., Russia is no longer the dominant force in the region but submissive to the new power, Japan.

Russian: “I think I am going to die!”

Russian troops (in the background): “Quick, let’s run away!”

Click HERE for more than 10 other exciting articles on gay encounters in shunga…!!! 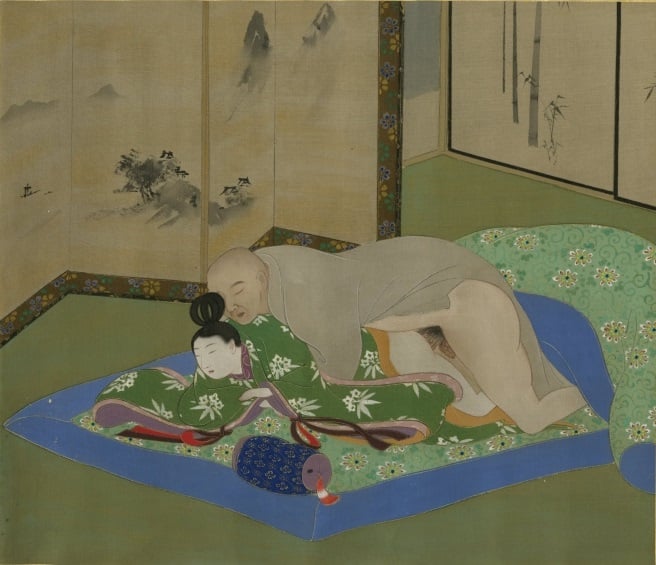 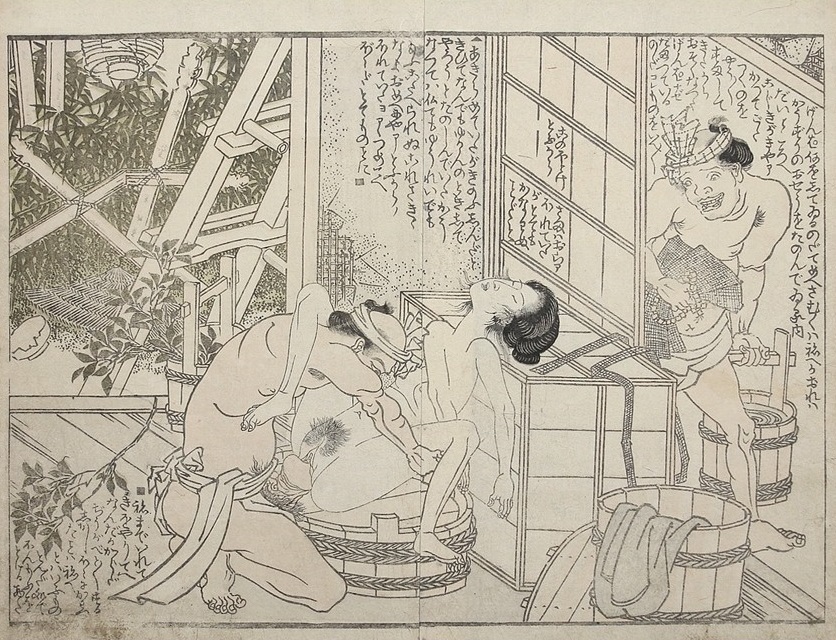 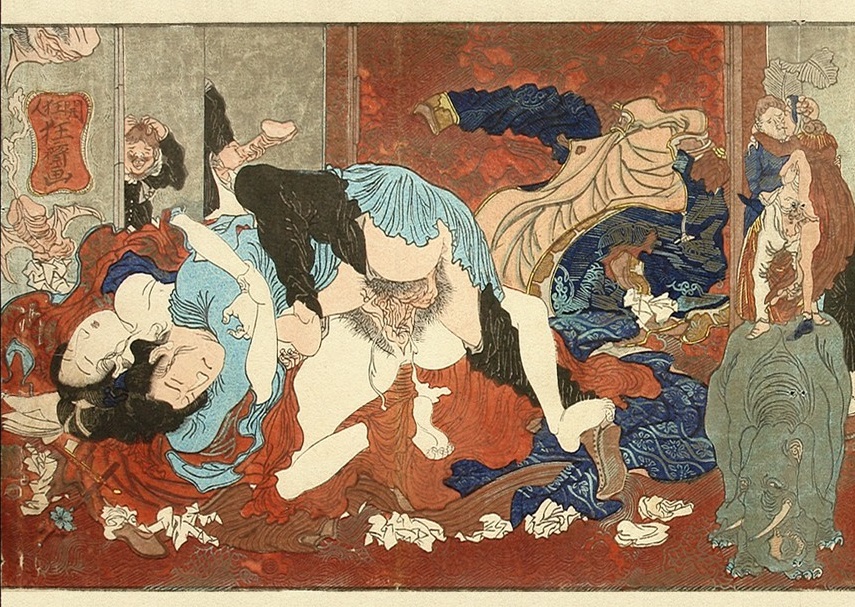 Thanks a lot for your feedback and insights Peter. What is so fascinating about this piece, also emphasized by the alternate version, is the ambivalence both textual and visual.