Goh Mishima (born in 1924 as Tsuyoshi Yoshida), born in Yokosuka, Kanagawa prefecture, Japan, was an artist and a popular figure within the gay community of Tokyo for his contributions to gay rights and Japanese gay art. In his youth he attends the traditional Japanese schools and when he is 18 he is drafted for the army, where he has his first homoerotic experiences with fellow soldiers. 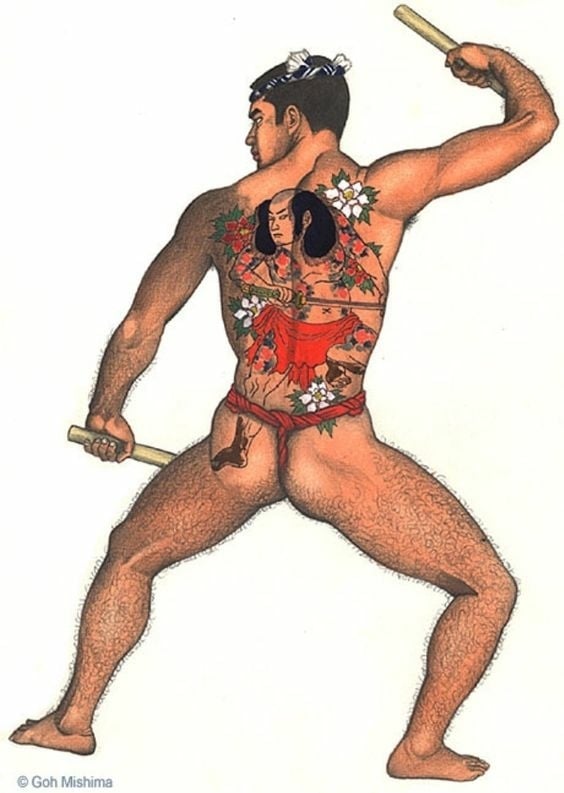 After World War II Goh immersed himself in Tokyo’s underground gay scene and was properly tended by an American soldier. During that chaotic post-war period, which created a lot of opportunities for illegal activities, another subculture arose, the Japanese Mafia also known as The Yakuza. Goh was fascinated by the exposure of their aggressive masculinity, their violent behavior, stoic facial expressions, short haircuts (kakugari) and heavily tattooed bodies. From that moment on, the “Yakuza style” became the trademark of his art.

In 1955 he befriends the irreverent writer Yukio Mishima. They both admired the physical masculinity of the male body and shared an interest in fencing, karate and bodybuilding. Yukio became his mentor and a lifelong friend and encouraged him to express his homoerotic feelings in his art. Goh was so impressed with his friend that he even adopted his name. 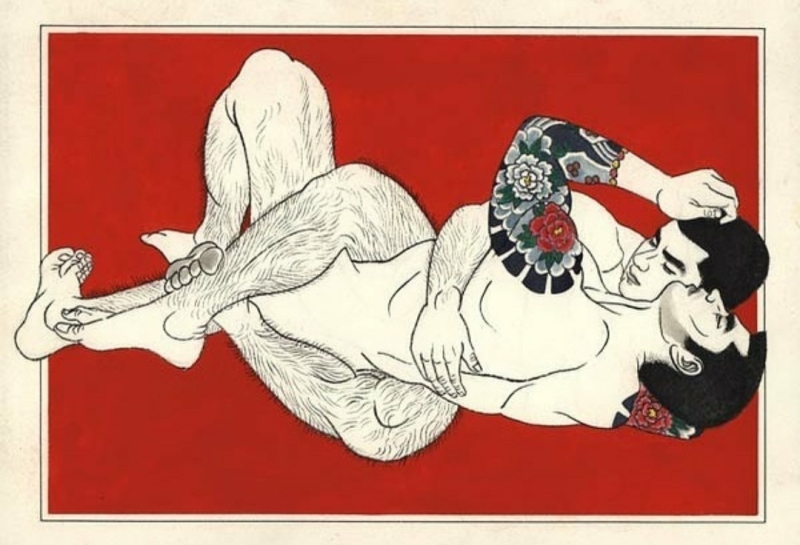 At this time he began to draw realistic male nudes, including the depiction of genitals, which was prohibited. He was deeply touched when Yukio committed harakiri (suicide) in 1970. After that event his work became darker and more violent and started to portray acts of bondage, torture, and sadomasochism. 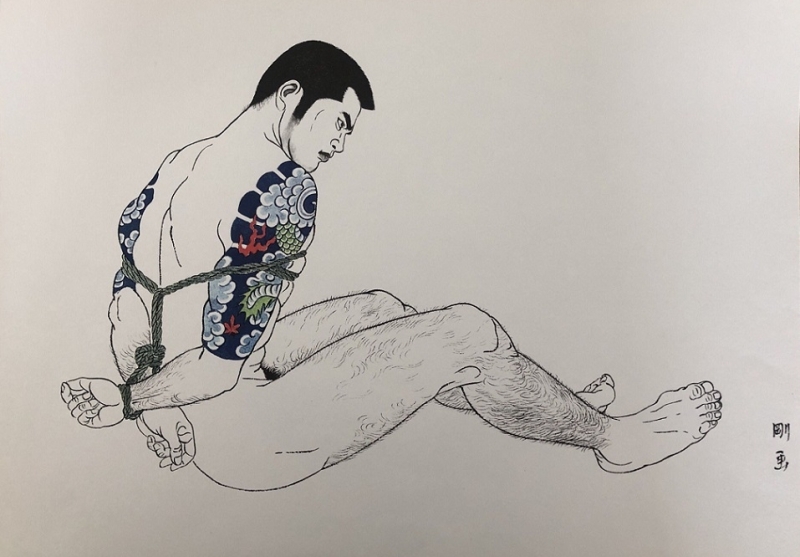 In the late 50s Goh was introduced to the drawings of the Finnish artist Tom of Finland (1920-1991) and instantly became of big admirer. Their work not only share similarities in aesthetic approach but also on their sociosexual orientation.

In 1972 Mishima became the illustrator for Japan’s first gay magazine called Barazoku. Pretty soon he became embittered because the magazine had a “pretty boy” reputation, and therefore he started his own, which he named Sabu, after his favorite bartender. Sabu, for which he did all the cover art, was the opposite of Barazoku and displayed a masculine and sexually aggressive attitude towards male eroticism. 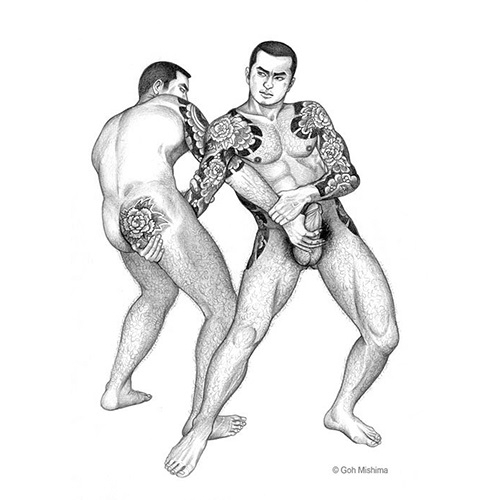 Mishima continued to make large amounts of drawings and became a prominent figure within the close-knit gay community of Tokyo. He worked from his modest apartment above a sushi restaurant in the Meguro district of Tokyo. This is where he also died on January 5, 1988 due to cirrhosis of the liver.