Nurses were portrayed in frontispiece illustrations during both the Sino-Japanese and Russo-Japanese wars. They also were a favorite theme for photographic postcards during the 1890s. 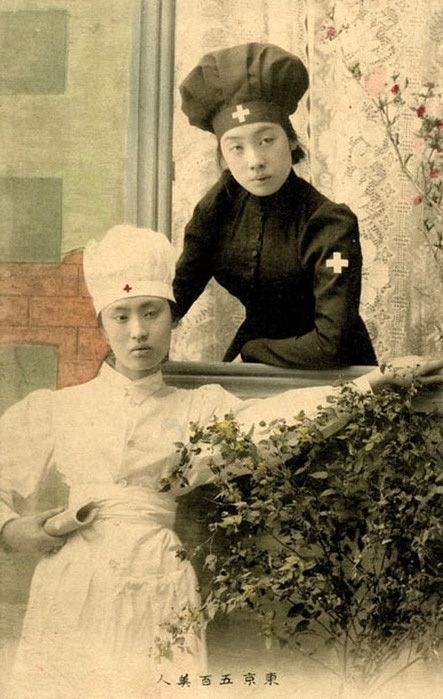 The subjects were frequently representatives of the Ladies Volunteer Nursing Association (LVNA), which was predominantly staffed by noble women. The empress (Fig.2) had visited hospitals and participated in rolling bandages, as had wives of Western diplomats in Tokyo.

Fig.3. ‘Empress Teimei, in her role as patron of the Nippon Sekijūjisha (Japanese Red Cross).’ (c.1910s)

Woodblock prints of the compassionate Japanese nurses nurtering Russian prisoners-of-war were broadly publicized. Sometimes even by the Japanese Red Cross themselves.

The design for March (see Fig.1.) from the ‘Izumo no chigiri (Pledge of Izumo)‘ album portrays a soldier and Red Cross nurse performing coitus on the carpet of a Western interior. The interior suggests that the location is a training facility in Tokyo rather than a wartime scene at the front.

She wears a Western-style uniform, displaying her identity as a professional woman operating outside the home. In the dialogue, the soldier says:

“I was inflamed at the sight of you from afar, but since there were eyes all around us I couldn’t do anything. Today they have all gone for a walk, and so we have a good chance.”

The situation – forbidden encounters, when a couple is waiting for an opportunity when no one is around – and the dialogue could both be lifted straight from shunga of a century earlier. But the physical setting and characters are very much up-to-date.

Evidently in such images the women dressed in Western-style uniform wear just a simple scarlet underskirt underneath. Although a regulation was issued in the name of the empress in 1882 urging women to wear bloomers, this did not become common until well into the 1920s.

Another impressions of the Nurse and Soldier design are featured on:

Below I have added other shunga designs with passionate nurses…

Fig.6. ‘Nurse of the Ladies’ Voluntary Nursing Association making love to an officer‘ (c.1900) by an unknown Meiji artist 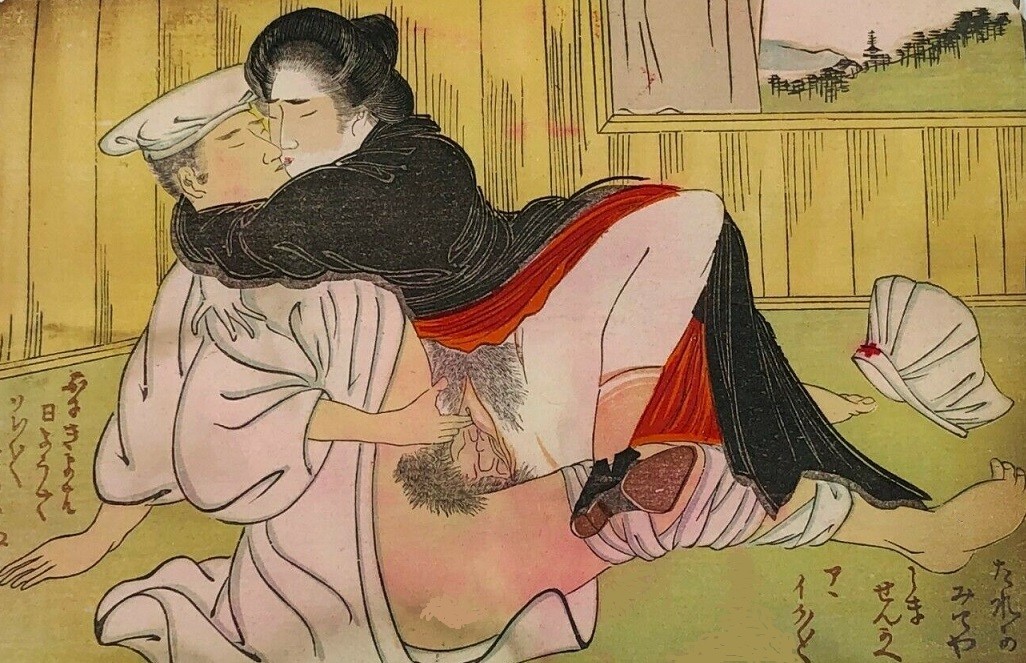 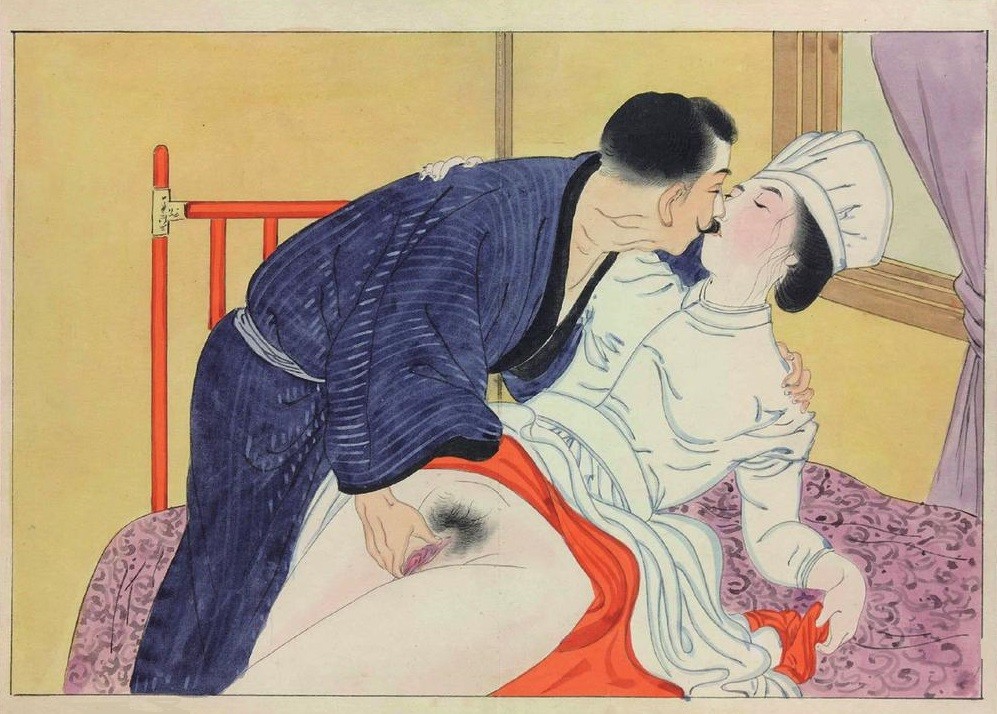 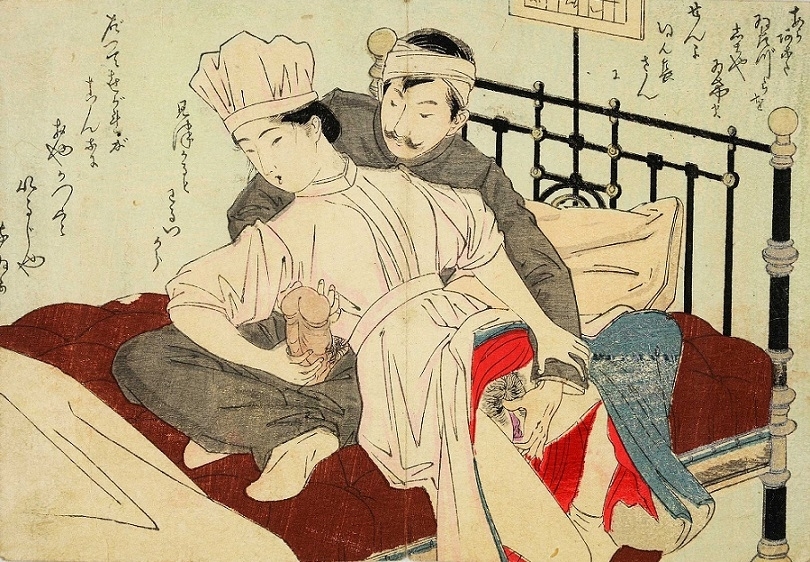 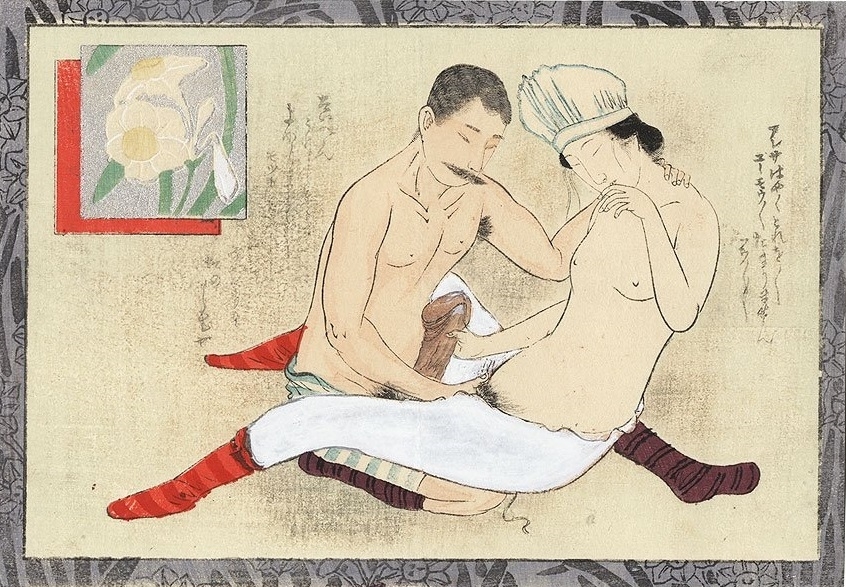 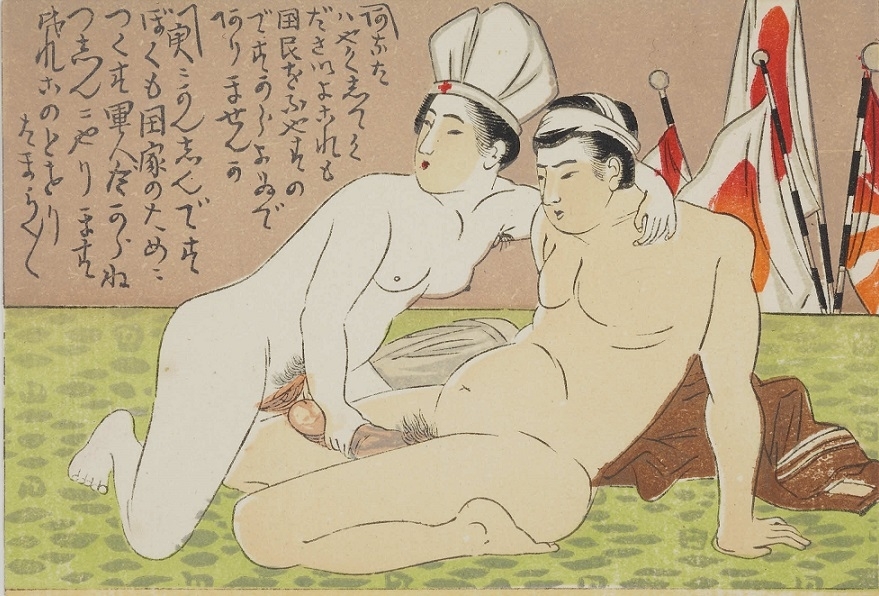 Click on the following link to find more designs from Kogyo’s series ‘Izumo no chigiri (Pledge of Izumo)‘.

Click HERE for more articles on shunga designs from the Meiji period! 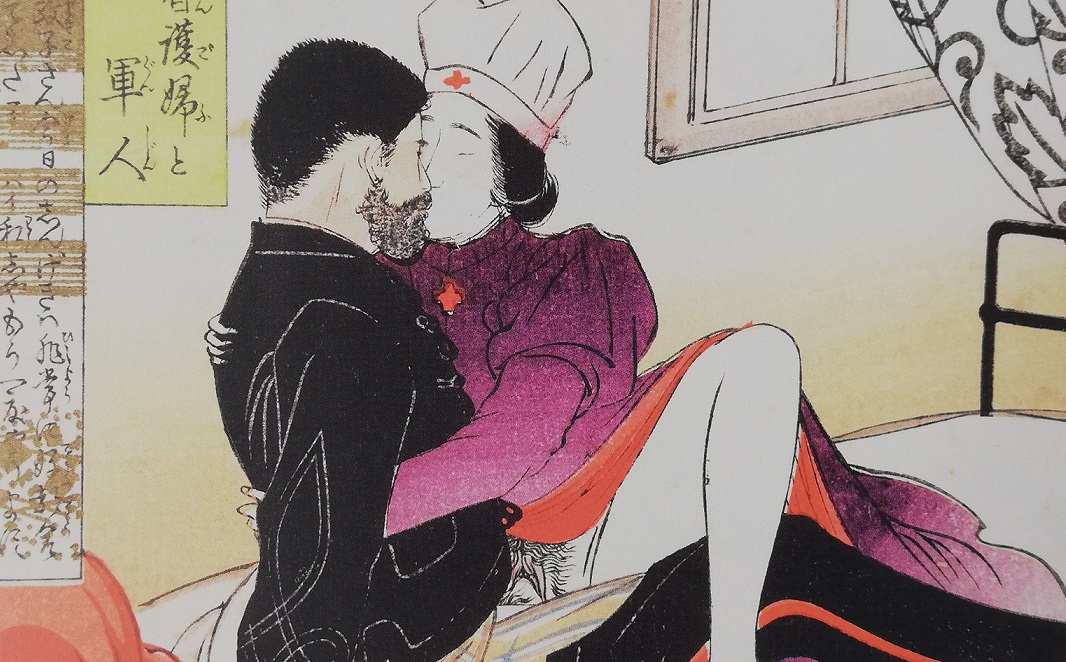