In the so-called ‘new prints’ (Shin Hanga), including shunga, that were issued at the beginning of the 20th century, the most obvious features are the influence of Western artistic styles. This can be seen in the use of imported bright chemical colors and the chromolithograph technique, replacing the soft, natural colors of the Edo period.

The portrayed men are no longer samurai or kabuki actors, but army officers or doctors, the courtesans are often replaced by hospital nurses, educated women from good well-off homes. This is revealing both of a significant change in male/female taste in selecting a partner, and of women’s status in society. 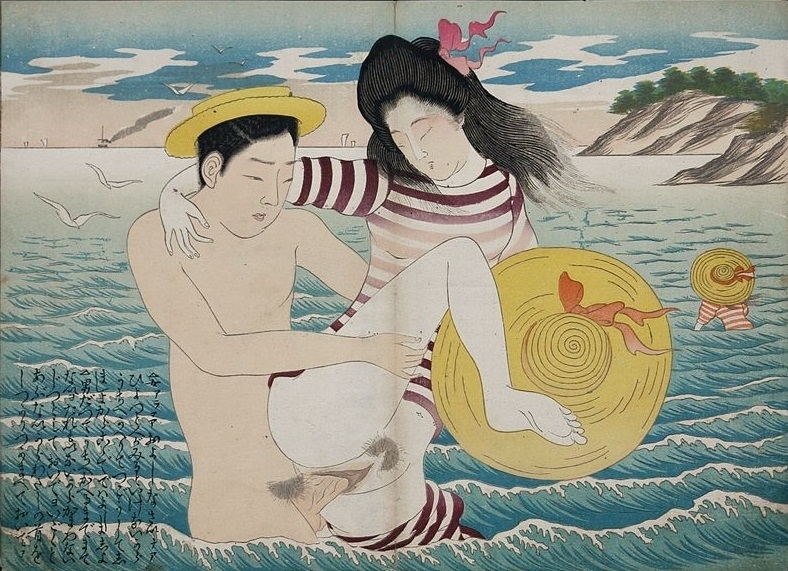 A young couple wearing the latest fashion making love while standing in shallow water. Although there’s some debate concerning the attribution of this series (besides Terazaki Kogyo, Tomioka Eisen and Hamada Josen are also mentioned) this is nevertheless one of the most famous shunga designs of the Meiji Period. In an earlier article we discussed this design in more detail including a translation of the tactile dialogue. 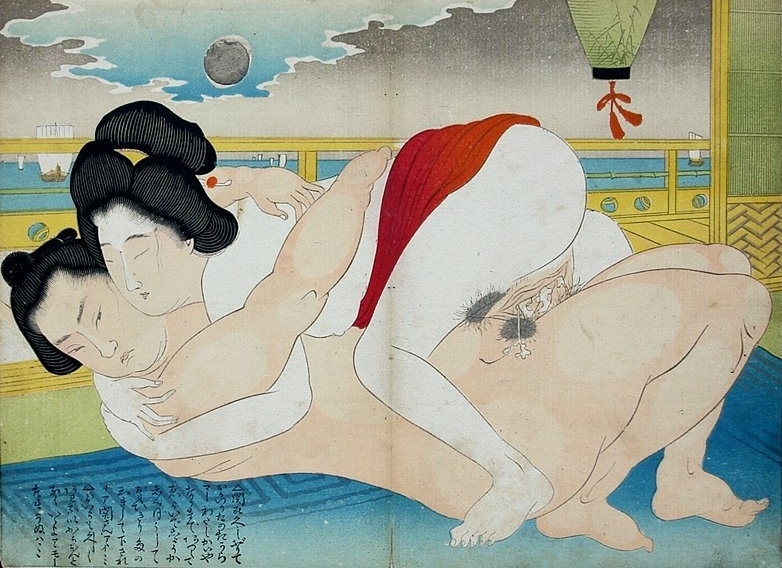 A rare scene portraying a sumo wrestler making love to his lover under the sunset with in the background sailing vessels. 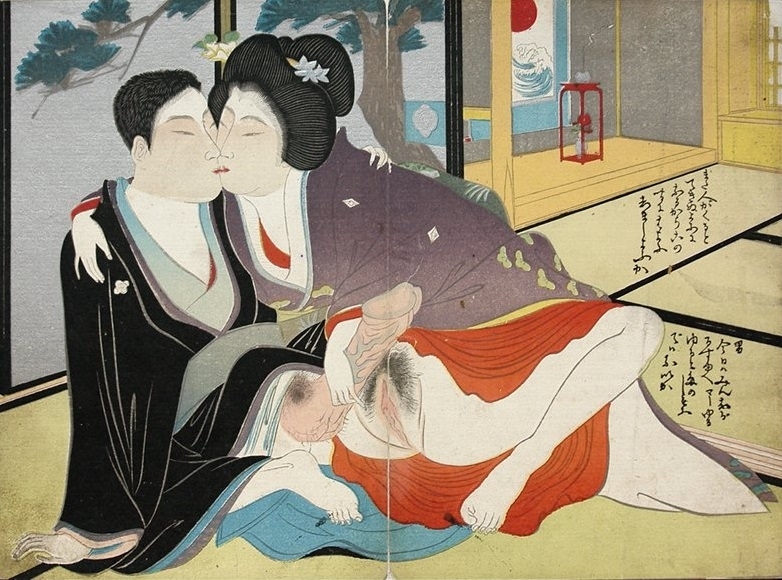 A couple preparing for intercourse with the female lover gently stroking the man’s giant member. 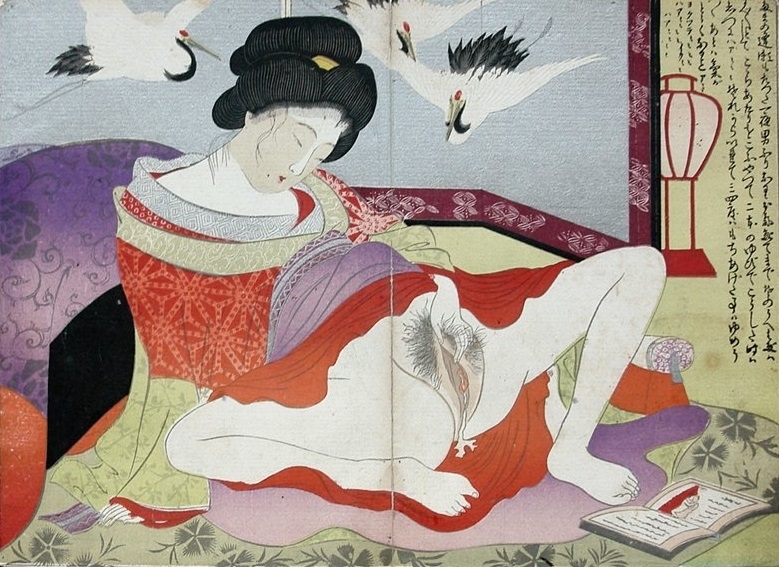 Captivating image of a secluded woman satisfying herself while looking at the pictures in a shunga book lying in front of her. Nice embossing details (intensified by the silver pigments) on the flying cranes depicted on the folding screen in the background. A special pigment (creating flesh tones) is used on her face to emphasize her excited state of mind. 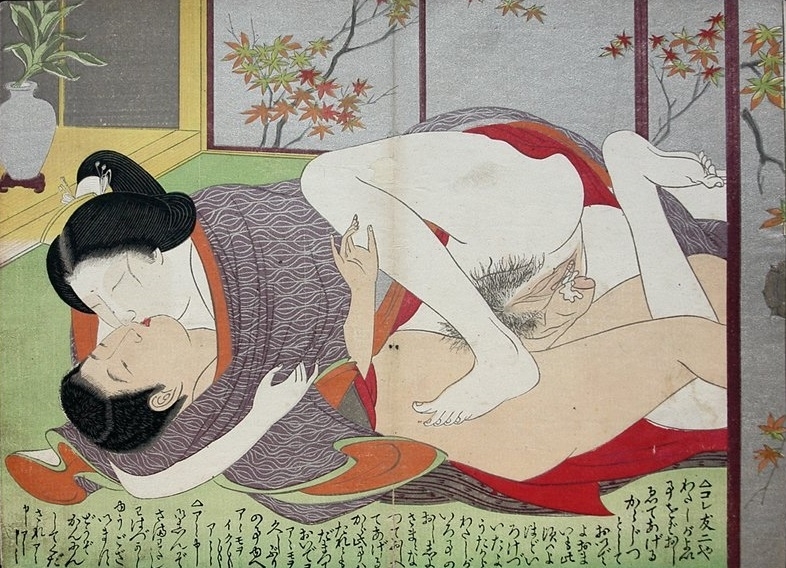 An older woman (most probably a widow) is kissing her younger partner after their climax. 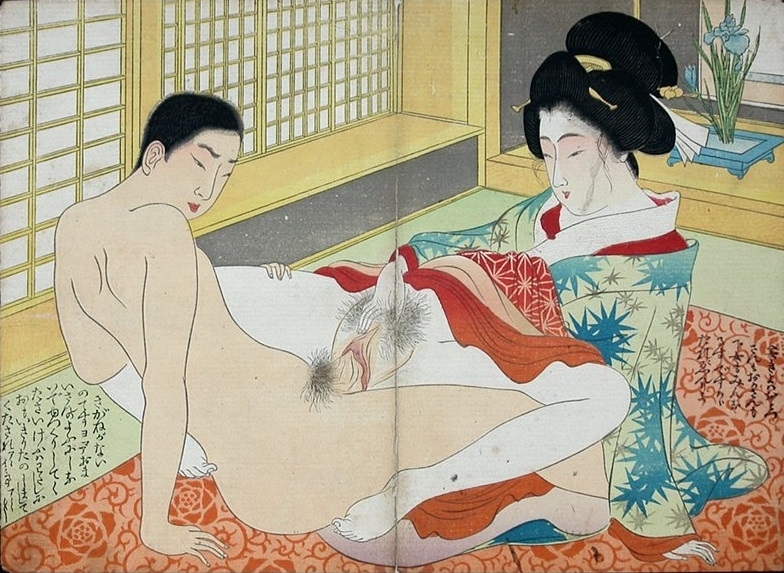 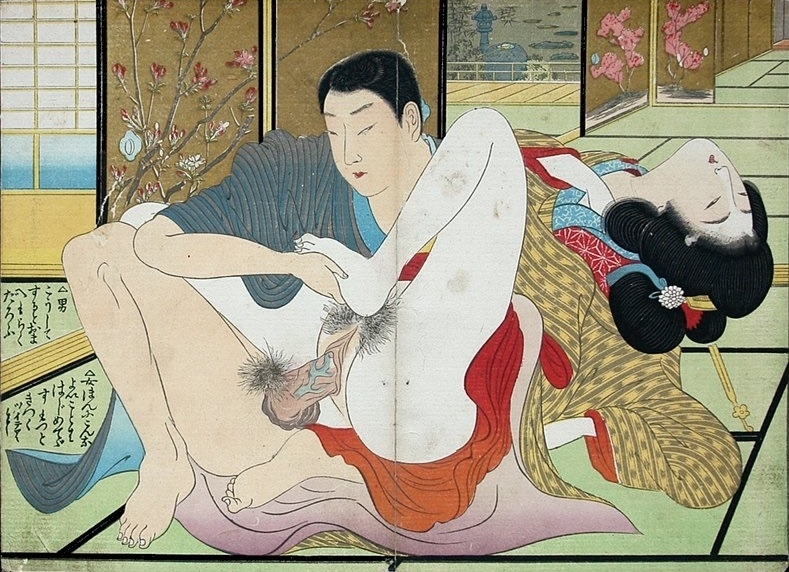 A couple is making love in the hallway. The man is holding one of the woman’s feet while she’s losing one of her hair-pins in pure ecstasy. 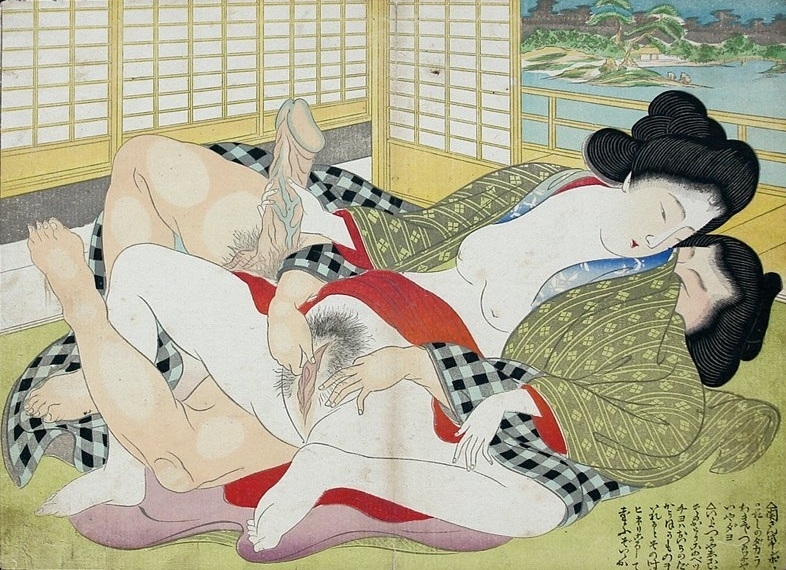 A love couple is preparing for another round while they play with each other’s genitals. 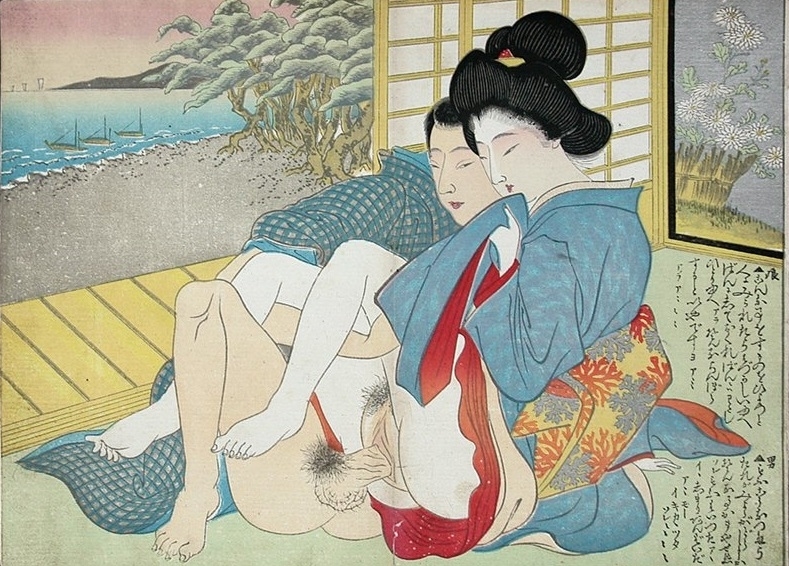 A couple making love set against an idyllic backdrop. The woman gracefully lifts her kimono to assist her lover. 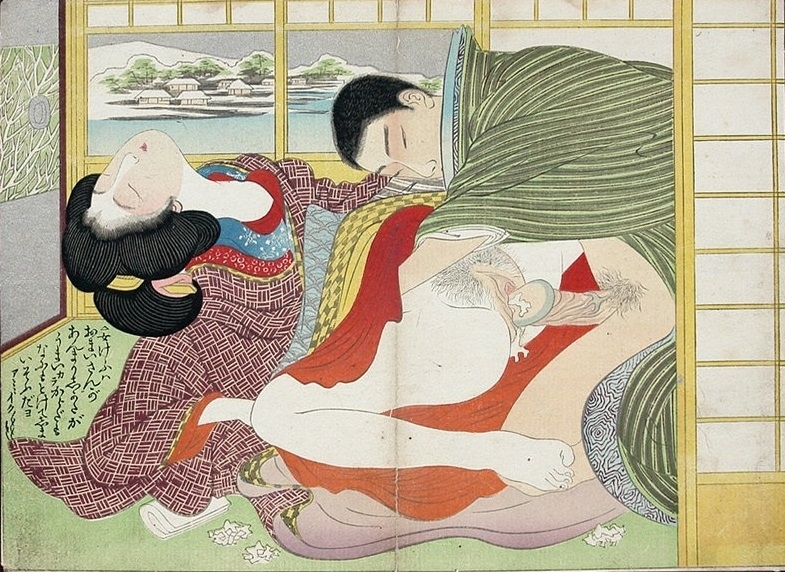 A younger couple depicted at the moment of orgasm. A striking composition with the man’s body partly visible separated by the folding screen. 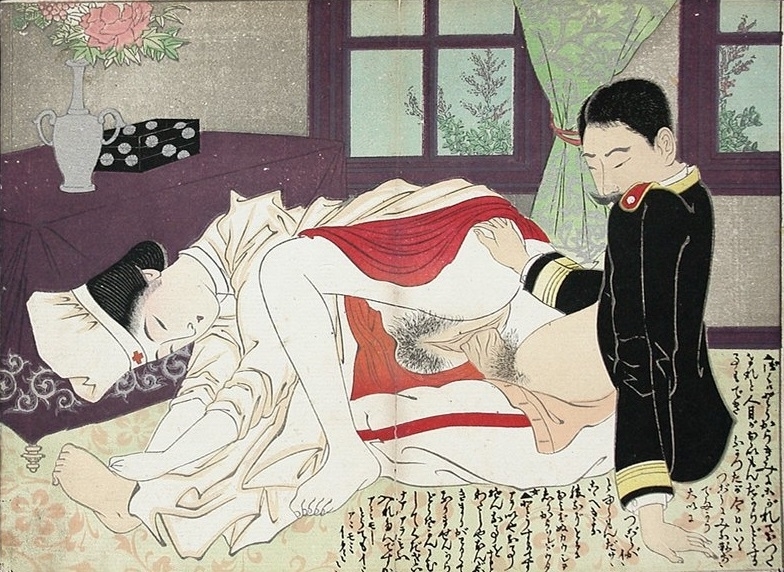 Piquant scene portraying a soldier and a nurse having a passionate rendezvous. The curled toes (a sign of ecstasy) of the man is a striking detail. 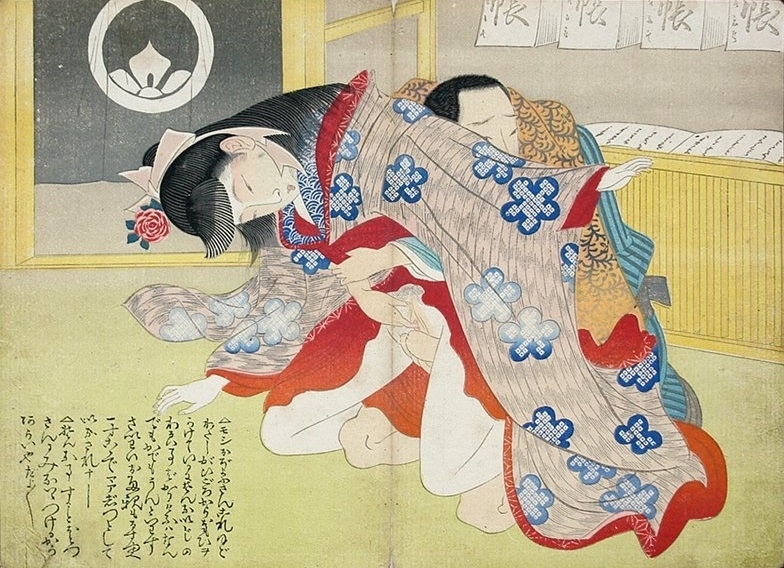 An aristocratic couple caught in the act of love. The detailed rendering of the woman’s specific hairstyle is a eye-catching ingredient.

What is your favorite design from this series? Leave your reaction in the comment box below….!!

It strikes me every time when I look at their hair. Carving and printing techniques were at an unimaginable level.