‘Female caressing her private parts lying behind a folding screen‘ From the series:’ Genji of the East, Charm of Flowers and Birds (Kachõ yojõ Azuma Genji)‘, c.1837 Designed by Utagawa Kunisada (1786-1865)

‘A peeking woman stimulating herself while observing an intimate couple in the other room‘ (c.1897-1899) from the series ‘Yakumo no chigiri (Poetic Interlude)’ by Tomioka Eisen (1864-1905)

‘Female playing with herself while watching two copulating bitches‘ (c.1910s) by an unknown Taisho artist.

‘Female experimenting with sex toys while being observed by a young monk in the doorpost‘ (c.1910) by an anonymous Meiji artist Another impression of the previous print 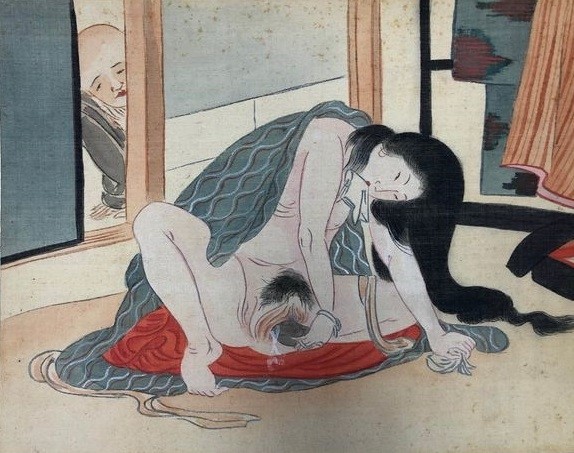 ‘Young girl playing with herself‘ (c.1840) attributed to Utagawa Kuniyoshi

One of our loyal members Darya sent us a picture of an unusual design portraying a geisha watching a silhouette of an erected penis in the other room, which looks like a mushroom, while trying to please herself with mushrooms… 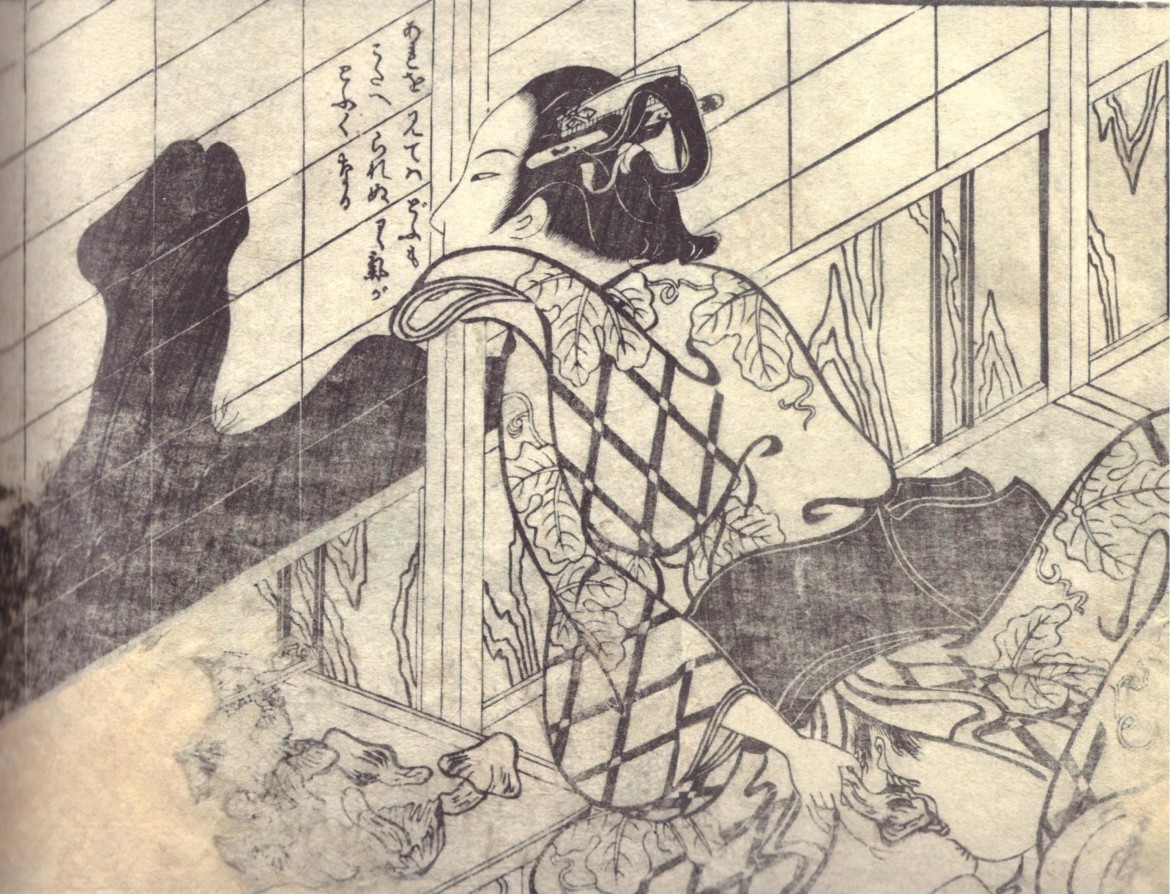 One symbol of the male organ was (and is to this day) is the matsutake, a large, aromatic mushroom with an obvious shape… 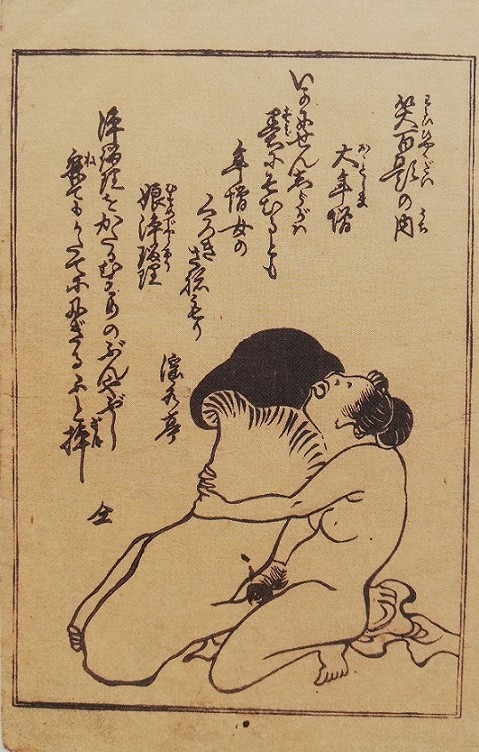 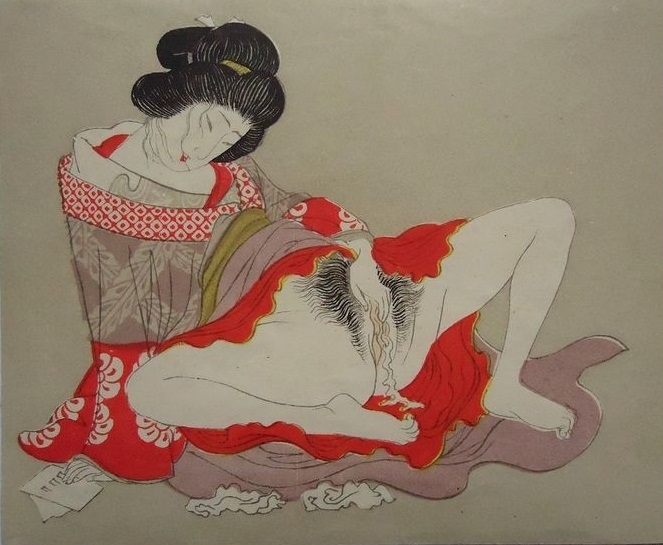 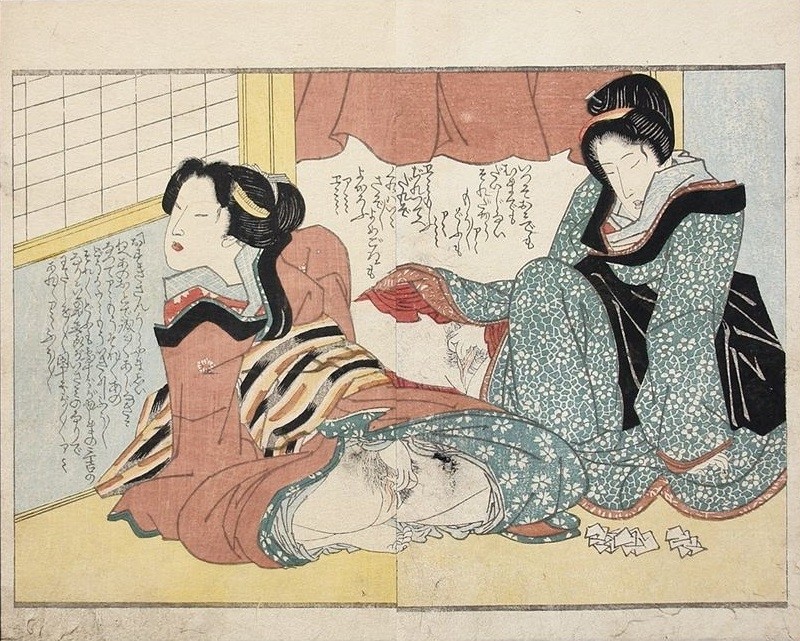 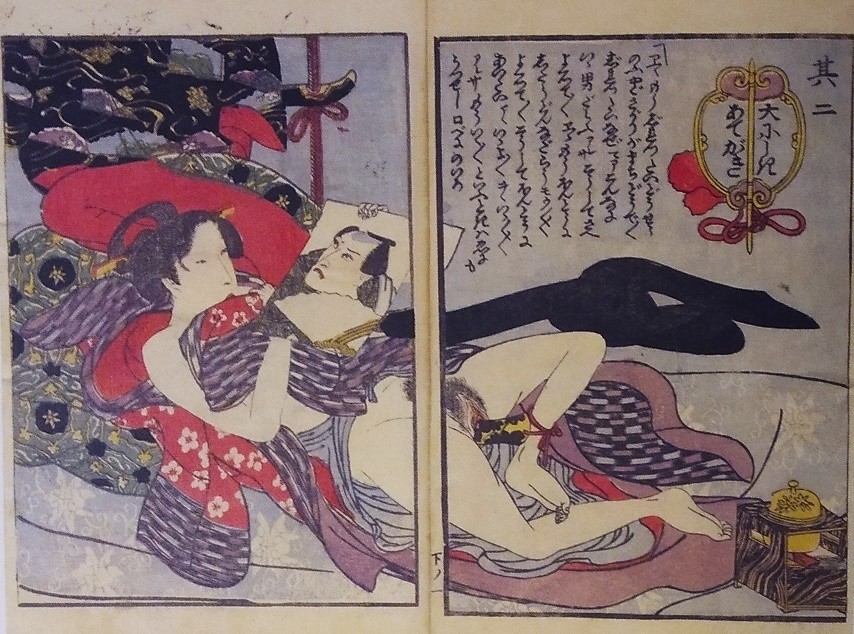 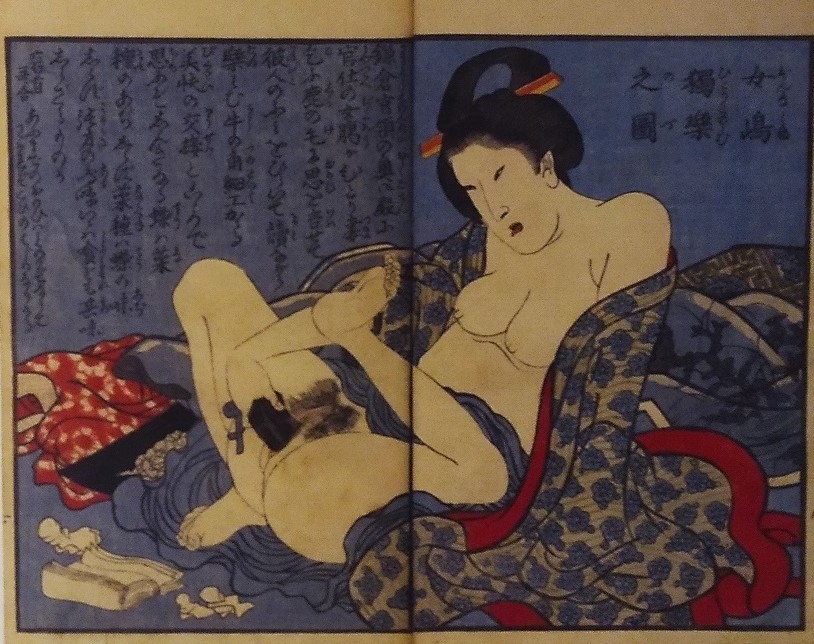 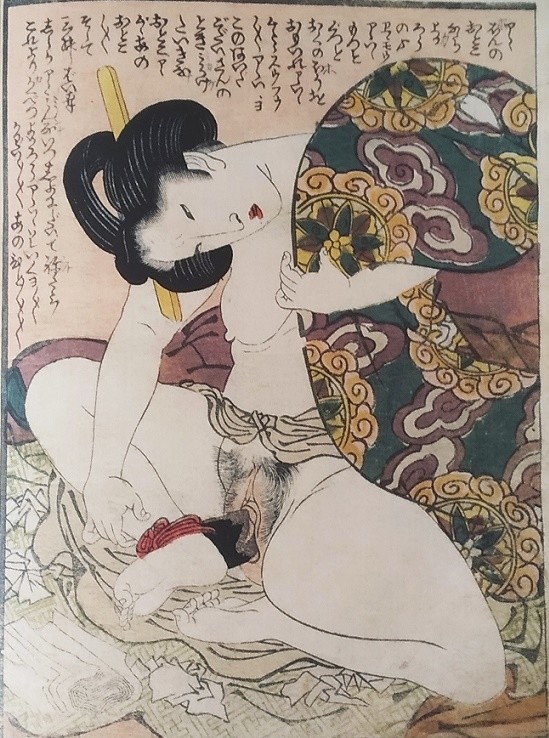 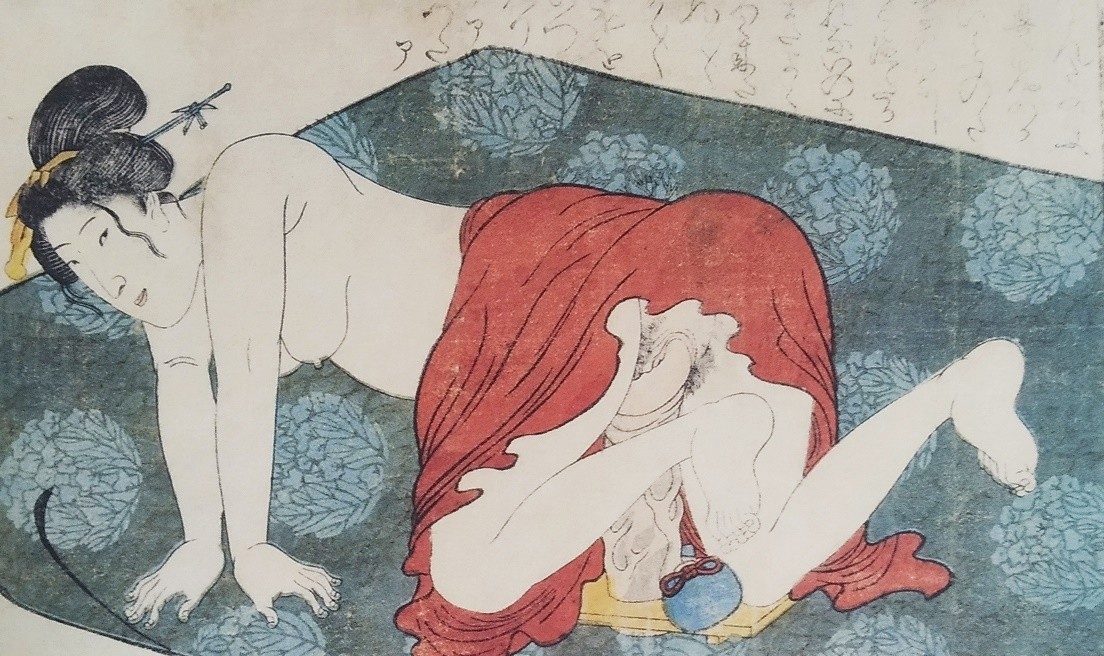 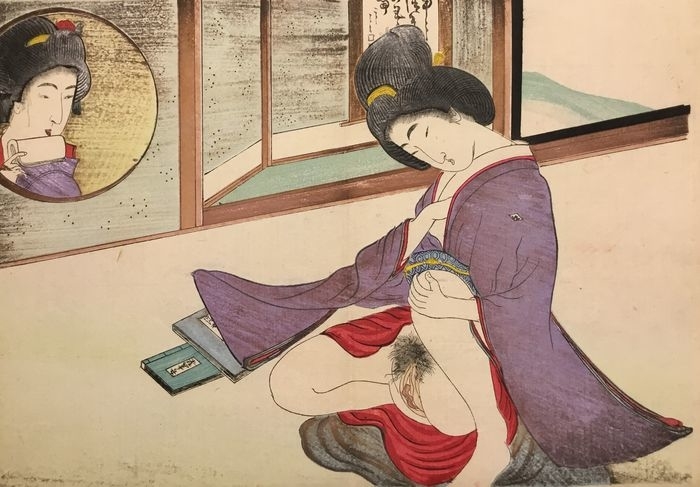 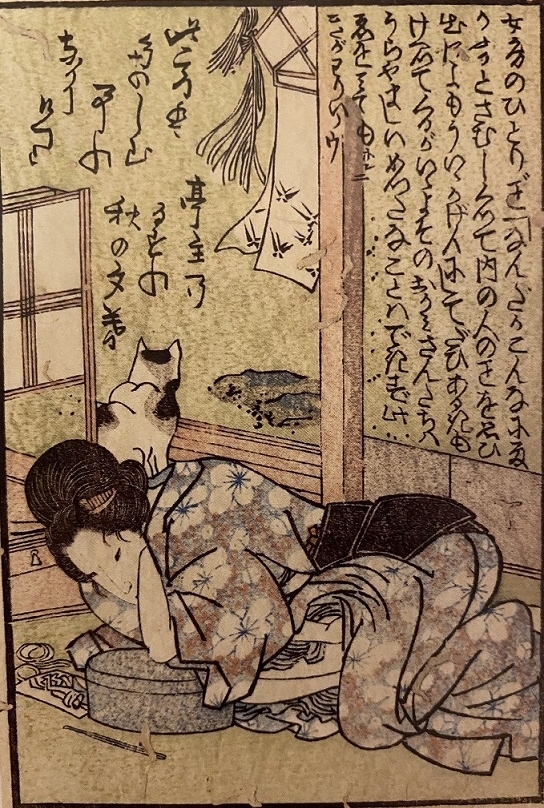 The woman’s monologue in this design shows that she is fed up with her loneliness,’My husband doesn’t come home easily. That’s why I envy the couples in the other houses. It’s better to have a husband than to look at shunga at home and do it alone.’ 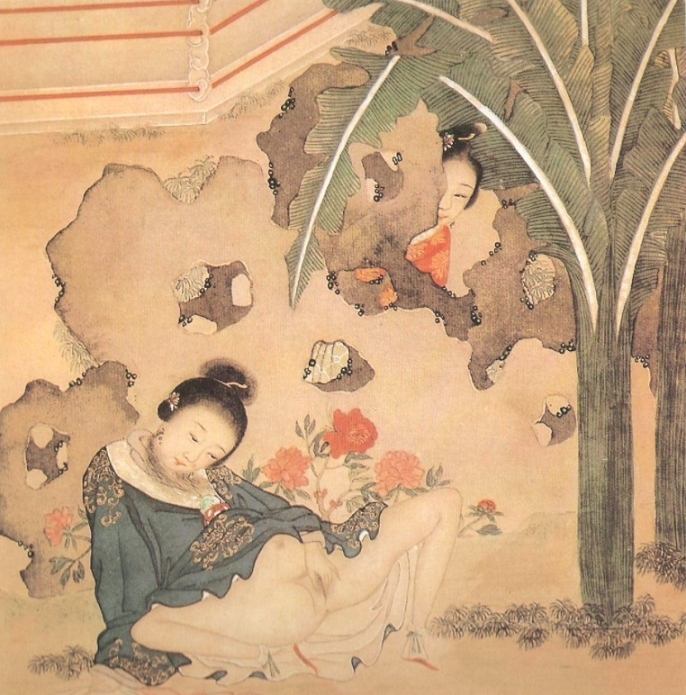