Keep Your Resolutions: The Seven Deadly Sins As Represented in Shunga

Do you need help to make those New Year’s Resolutions stick? Temptation is more than just a devil on your shoulder offering you a slice of cake. And we’re just like everyone else; the past 13 days have felt like an entire year has lapsed already!

The battle is real. And yet maybe, there is a way to stand firm and hold on to those resolutions a little while longer. We’re providing you with a exclusively visual flavor of cardinal sin to assist you refrain from not surrendering to physical temptations.

Besides, the seven deadly sins are so 2019. And if you can’t get enough of this captivating channel, there’s plenty more art online for purchase or guilty pleasure at Shunga Gallery. 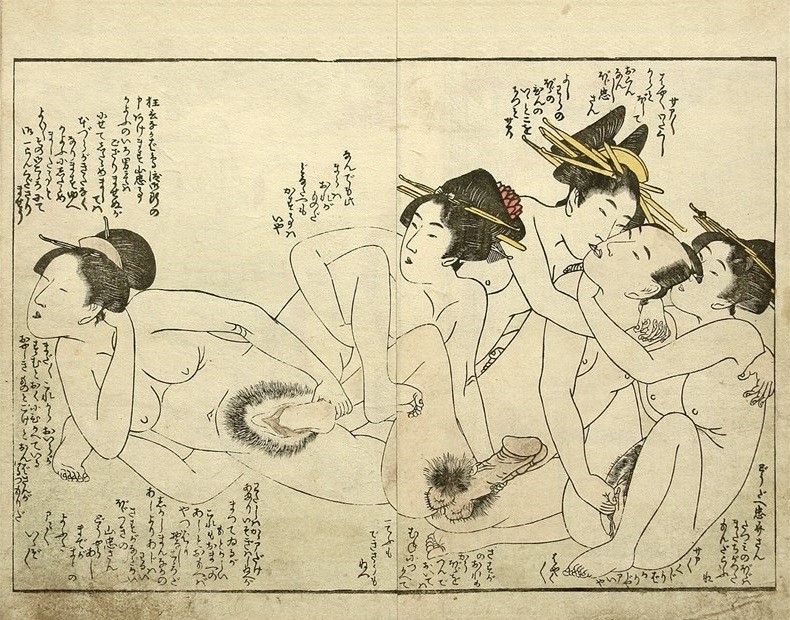 ‘Striking in this masterful design is that all participants are naked and almost seem to float. Note the different hairstyles of the women.’ (c.1800) from the series ‘Ehon takara gura (Treasure Room of Love)‘ by Kitagawa Utamaro (1753-1806) 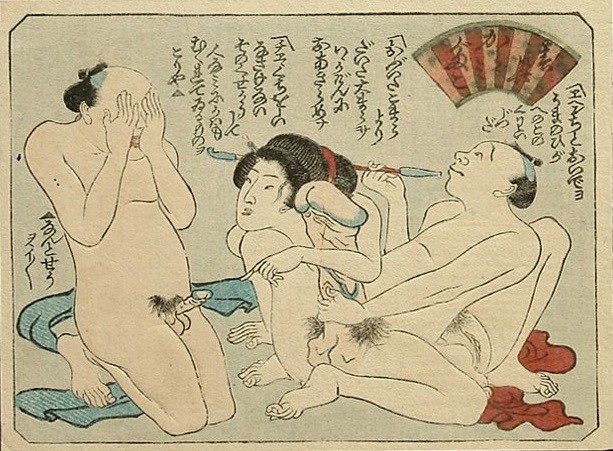 ‘An unfortunate man buries his face in his hands after losing a penis contest. The cocky facial expression of the proud winner smoking his pipe is a delightful detail‘ (c.1855) from the series ‘Shunkyo karami-dako (Spring Games: Grappling Octopus)‘ by Utagawa Kunisada II (1823-1880) (More info!) 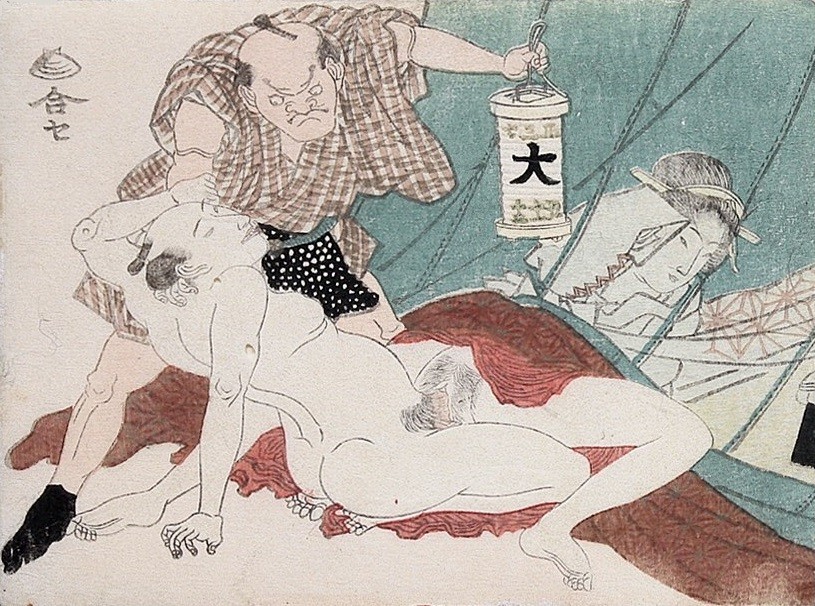 ‘An angry male confronts his deceitful wife and her lover. He is holding a lantern while he grabs the scruff of his competitor’s neck. The woman ‘seeks’ shelter behind the mosquito-net‘ (c.1820s) attributed to Keisai Eisen (1790-1848) (More info!) 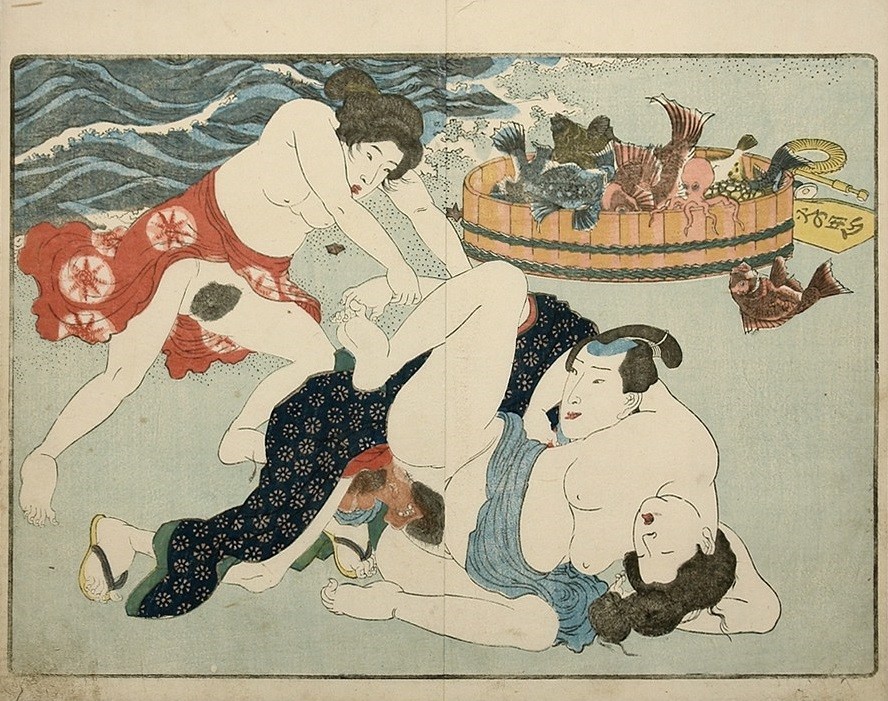 ‘An extraordinary scene taking place at the beach with an amused male making love to a pregnant awabi (aka ama) diver. A jealous ama diver is pulling his arm in an attempt in an attempt to disrupt their intimacy. The basket in the background displays their catch.‘ (c.1837) from the series ‘Sumagoto’ by Utagawa Kunisada (1786-1865) (More info!) 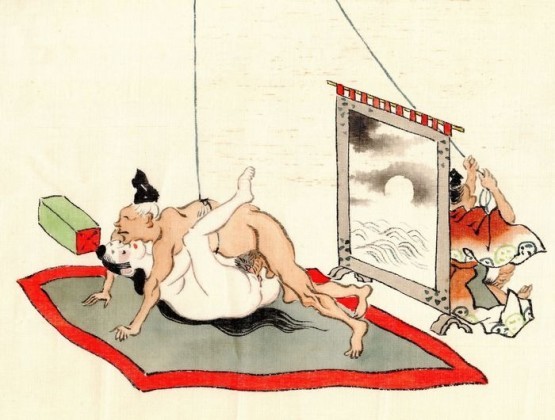 Painting in the Heian era style depicting ‘An older man making love to a nude aristocratic woman. He is attached to a rope pulled by a man sitting behind the screen‘ (Taisho era)

Soon we’ll take a look at the opposite spectrum; The Seven Heavenly Virtues as Represented in Shunga….!!

Click HERE for the most violent designs in classical shunga…!!

What is your stumbling block in the new year? Leave your feedback in the comment box below!

Sloth is my favorite here, definitely!

Again, thanks a lot for your continuing feedback Darya. We really appreciate it!