In the eighteenth century some shunga books had a single image divided over two pages. Possibly this has inspired the books that were published in the nineteenth century which sometimes included flaps in the pages (shikake-e aka. Toy prints‘ or ‘trick pictures’)…

Fig.1. ‘The bigamist‘ from the series ‘ ‘ by Utagawa Kuniyoshi

Fig.3. ‘Intimate couple in the harbour‘ (c.1850). Shikake-e by an unknown pupil of the Utagawa school

Another variation, mostly found in books but also in prints, shows a scene that at first seems innocent, but on removing a flap in the shape of the couple’s clothes, a sliding door or a blanket, a sexual act is revealed. There are books showing seated courtesans performing music (see Fig.5.), and when the flaps are opened reveal their sexual organs.

Toy prints can also take the form of a game showing several naked women in various positions, with slits in the paper in their private parts; an additional piece in the shape of a male figure with an erect penis could be moved to penetrate the women, according to the choice of the player (Fig.4.).

Fig.4. ‘Man with thirteen women‘ (c.1840). Shikake-e by an unknown member of the Utagawa school

Since shunga works often used the best quality paper and pigments, and trick prints were expensive to produce, they were almost exclusively created for shunga.

Fig.5. ‘Vulva scroll ‘ from the series ‘Fuzoku sangokushi‘ (c.1832) by Utagawa Kuniyoshi. CLICK on the IMAGE to reveal what’s behind the flap 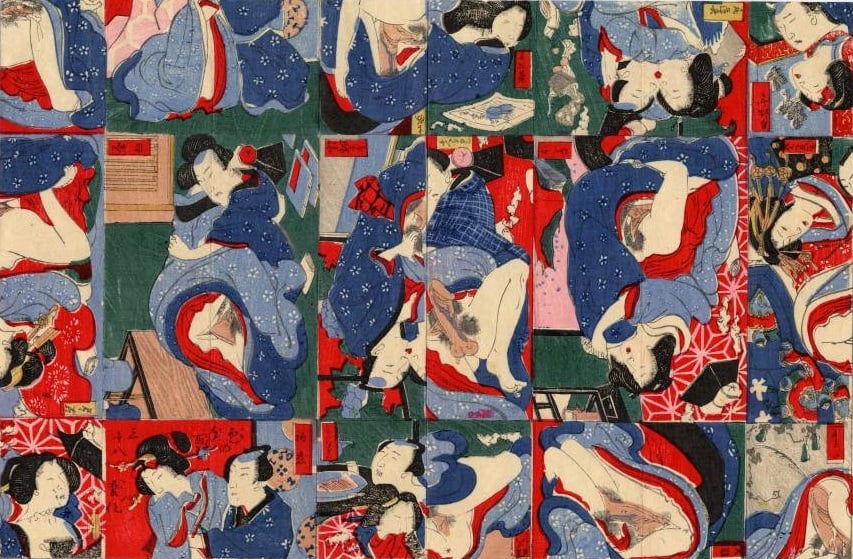 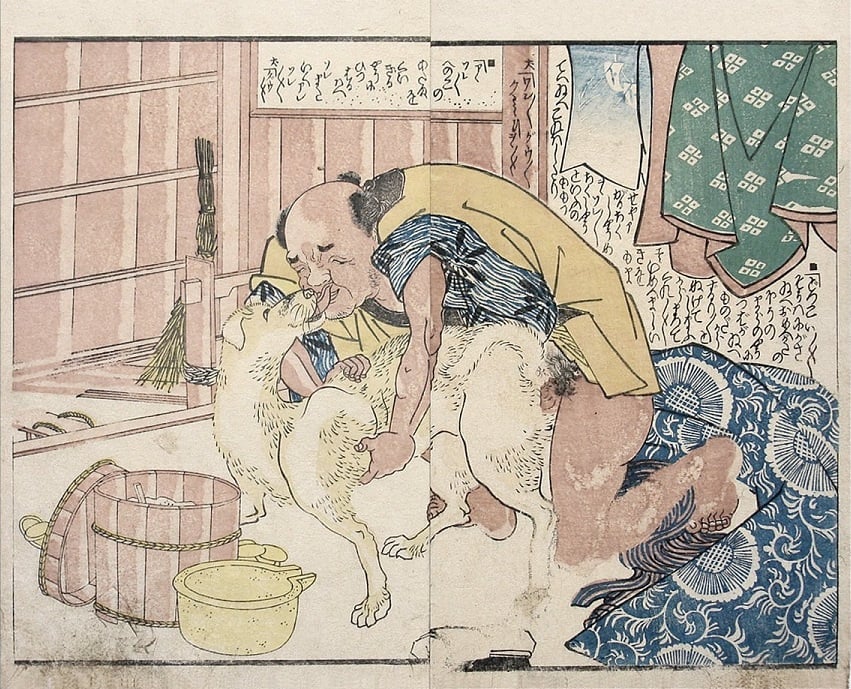