The charming booklet below is a rare art piece from the very early period of ukiyo-e print-making. It is attributed to Hishikawa Moronobu (1618-1694), who was the first and most important ukiyo-e artist of his time, a position he maintained until his death.

We recently obtained this fukuro-toji (bound-pocket book) from the famous collector Ferdinand Bertholet (1952). The book was part of the important exhibition Lentelust (Spring Lust)* held in 2005 in De Kunsthal, Rotterdam**.

Unfortunately we don’t have the translation of the text in the book but it is undoubtedly a parody on a classic Japanese tale. It is of course intriguing that the palanquin is tied with ropes and that curious bystanders are chased away by samurai. The person being transported is an important lady who should not be seen. Or is it the monk who is smuggled into the palace as a secret lover of an eminent lady?

‘The arrival of three bearers carrying a shielded palanquin (kago) with mysterious contents. It is well-guarded by several hostile samurai‘ (c.1700) attributed to Hishikawa Moronobu

‘On the left a secret sensual encounter between a young Buddhist monk (who breaks his promise of chastity) and a courtesan. In the hallway on the right a colleague tries to avert a suspicious samurai.‘

‘A geisha and a young Buddhist monk entertain a samurai by playing on their shamisen.‘

‘An older male client (of samurai heritage) directs the hand of a shy adolescent girl towards his penis. They are observed by an older female sitting in the hallway next to the mysterious palanquin.‘

‘A courtesan is making love to a client while two of her colleagues are watching their activities from behind the curtain.‘

Click HERE for an insightful article on the artist Hishikawa Moronobu..!!

Soon this unique piece by Hishikawa Moronobu will be available for sale.

**This exhibition was very decisive for me. Although I was already a fan and had been selling shunga for a number of years at that time, the beautiful pieces at display and the success of Spring Lust made me decide to focus entirely on this art form. 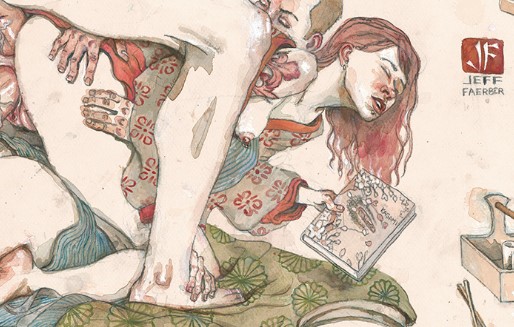 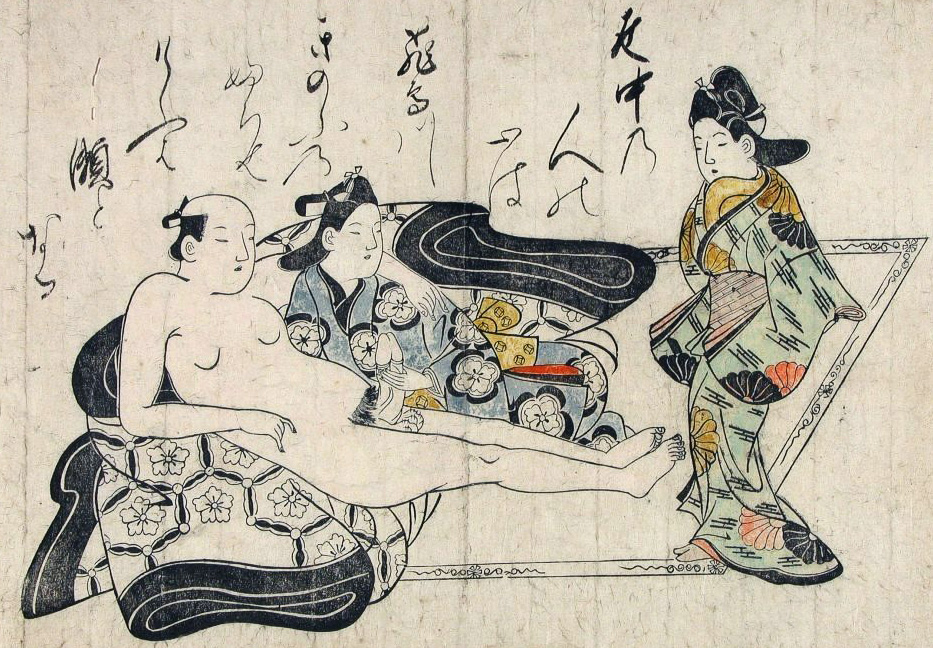