Images that depict sexual activity have mainly been called shunga since the Meiji period. This means that the term is only about 150 years old. When the term appeared in a text, the Chinese characters that were used for the word usually had a phonetic luster in Japanese writing (kana) translating warai-e (laughing pictures).

Other words that were used in ancient times were osokutsu-no-e and oko-e. The etymological background of the word Osokutsu refers to the term ensoku, which means “recline to rest”. Oko, in contrast, means something foolish that evokes laughter. 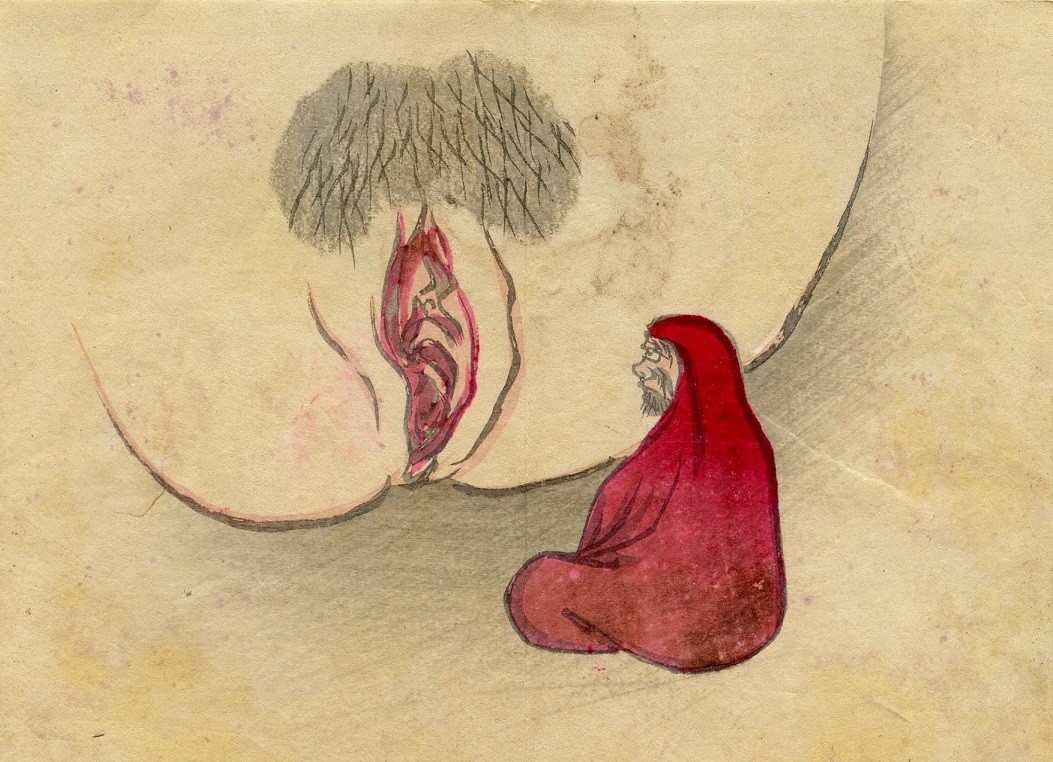 Warai-e transferred the meaning of oko-e. As a symbol the character warai evolved from the figure of a shrine maiden holding her hands high up while she sings and dances. This because, human joy and laughter are ways of pleasing the gods.

Story of the Sun Deity in the Cave

The story of the shrine maiden is known under the title “Rock Door of Heaven” as told in the book Kojiki (An Account of Ancient Matters, dating 711-712). In the story, the sun deity Amaterasu-no-omikami retreats to a cave, and closes the entrance with a stone door, that turns the world into darkness.

Just outside the cave, the shrine maiden Ame-no-uzume (Fig.3), as if possessed, starts a wild dance in which she partially undresses and displays her breasts and even her vagina. The watching gods burst out in laughter, and hearing this, the curious Amaterasu, who wants to know what’s going on, opens the rock cave and peers out. At last the darkness gave way to light.

Fig.4. ‘A man and woman use their tools for intimate experiments during their household activities‘ (c.1870)

Fig.7. ‘Male housekeeper uses his giant phallus as a mosquito-killing device. His female colleague uses her private parts in an alternative way‘ (c.1870)

Fig.8. ‘An insatiable chubby woman holding on to the penis of her older lover with two hands‘ (c.1880) 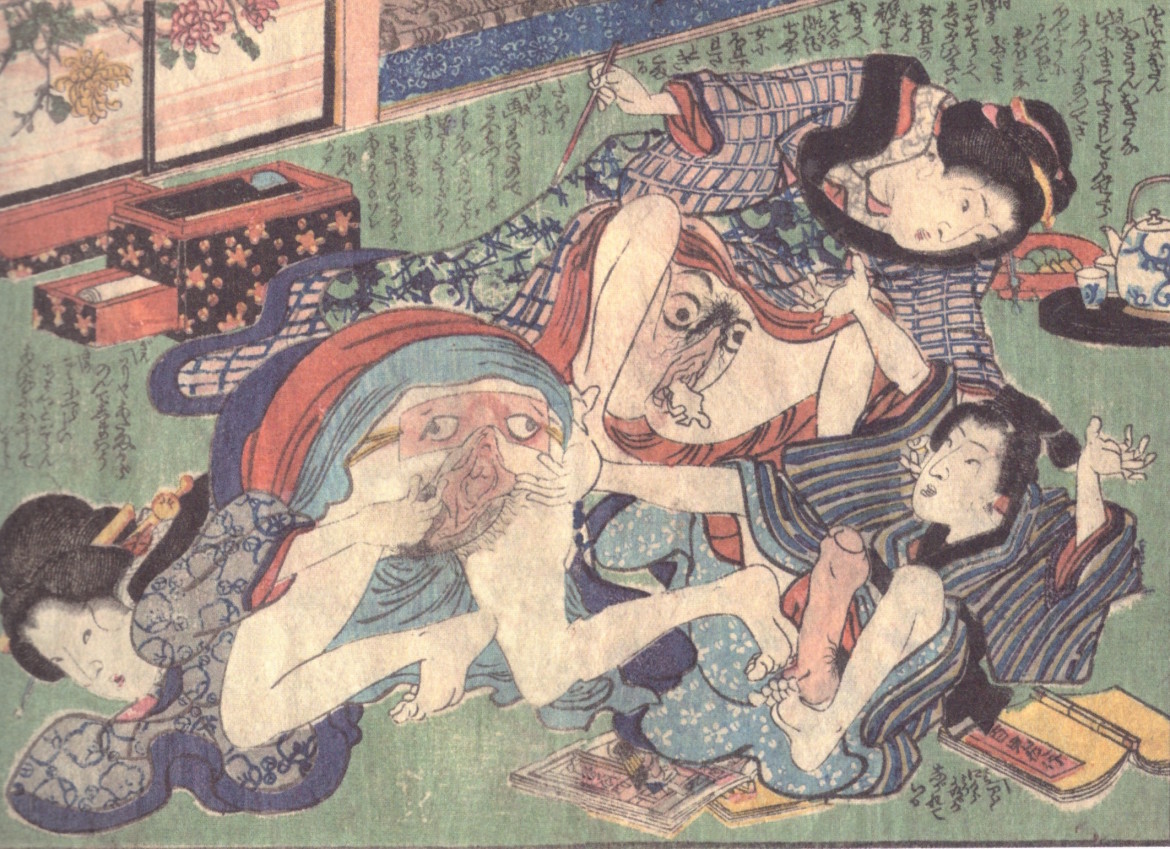 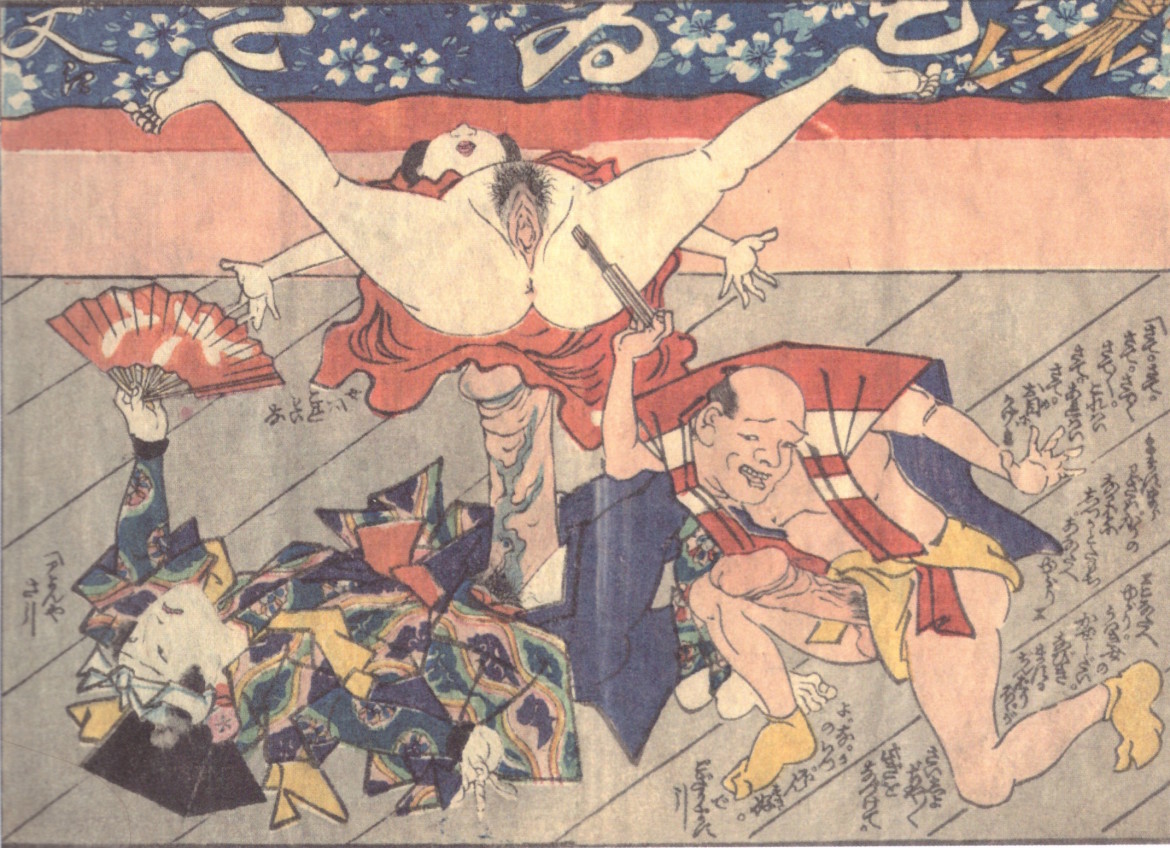 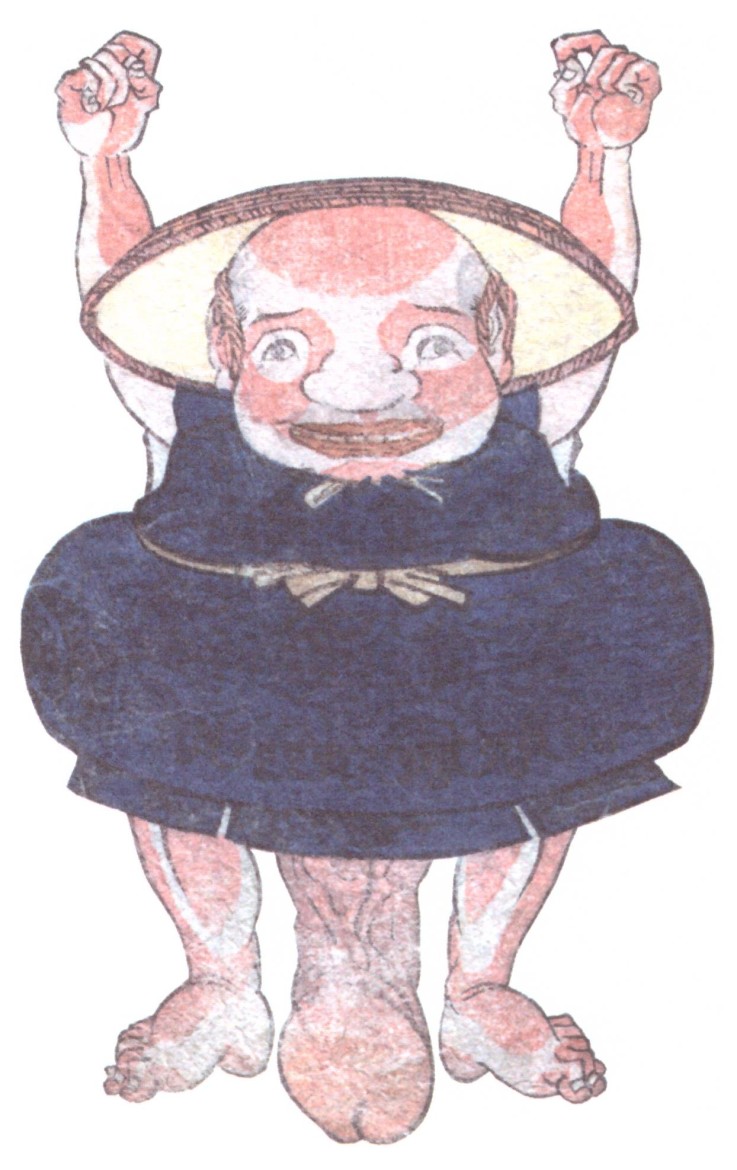 Click HERE for some laughing pictures involving a horse (!)…!!

Fig 2. 'Pygmalion. The beginning'. The plot telling about gods who laugh at displayed private parts or at something like that is a widespread one. The story about the Sun Deity reminds me also of Demeter who was a Greek goddess of the harvest. After Hades had abducted her daughter she mourned for her so much that the soil stopped being fertile. During the search of the daughter she met a woman named Iambe that set the goddess laughing by telling her obscene jokes or by exposing private parts while dancing in other version.

Thanks Darya, your comparisons with Western culture (Greek mythology and the Bible) are very interesting. It's always fascinating to see that many of the themes are universal.The scene with the snowwoman is also my favorite!

btw, have you seen a print by Eisen that is similar to Shozan's one (with an acrobatic couple testing different ways to make love)? Speaking of Shozan, his design, depicting a couple that dreams of a bunch of penis-headed kabuki actors (?) from 'Sashimogusa' series is also hilarious!

No, doesn't ring a bell. Your book includes a lot of obscure images!