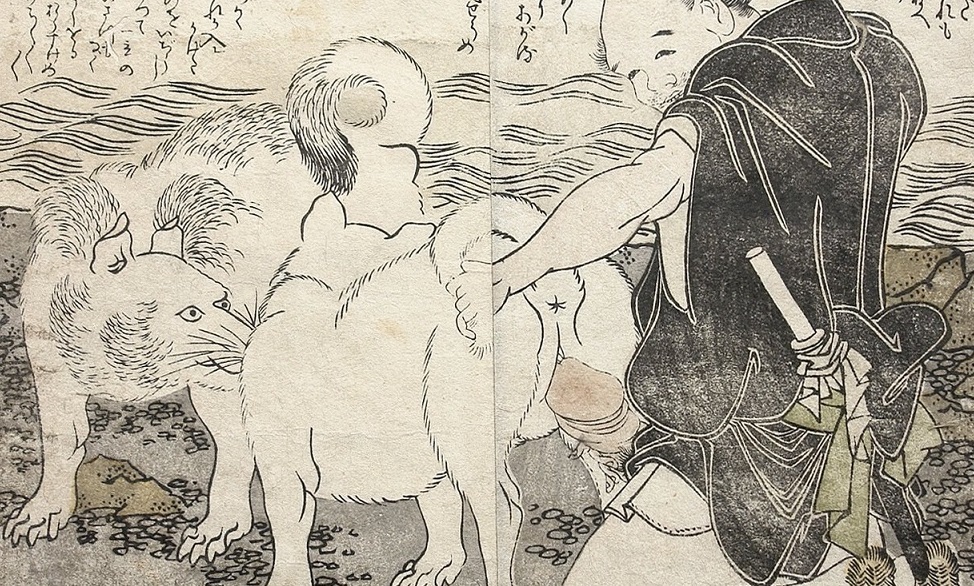 Samurai Enjoying Himself With Two Bitches At the Shore

‘Samurai with two bitches ‘ (c.1818-22) from the series ‘Ehon kurabiraki‘ by an important member of the Hokusai school

An impoverished samurai is kneeling down and about to penetrate one of the dogs who accompanies him at the shore. In general sexual acts between humans and animals displayed in shunga are used as a form of parody. It was also a way for artists and their merchant patrons to poke fun at the higher-ranking classes.

Part of the Japanese text reads:

* Translated by Yosuke Yo Yanagawa 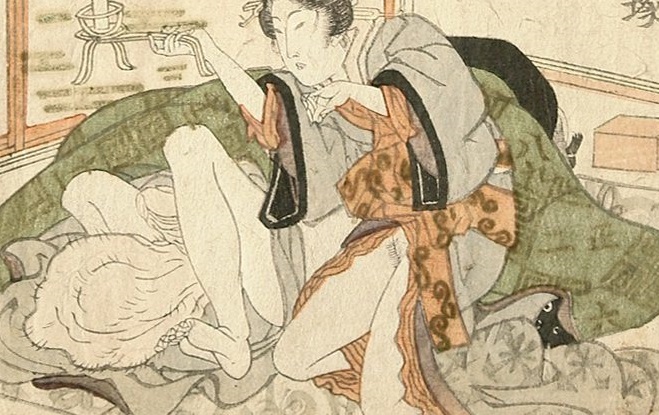 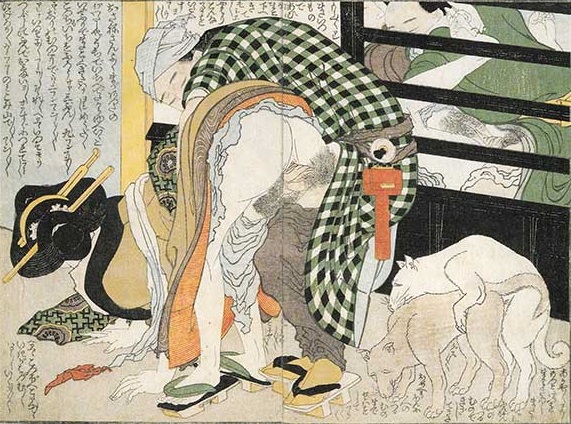