Aubrey Beardsley (1872-1898) was a British illustrator who produced black and white ink drawings for both classic and contemporary literary works. This fruitful and fated artist seems to come out of Thomas Mann’s novels, something between “Magic Mountain” and “Death in Venice.” His name now is associated with the modernist (or the Art Nouveau) movement along with Alphonse Mucha, Franz von Stuck, Franz von Bayros, and others. Japanese woodcuts were the source of Beardsley’s recognizable manner. 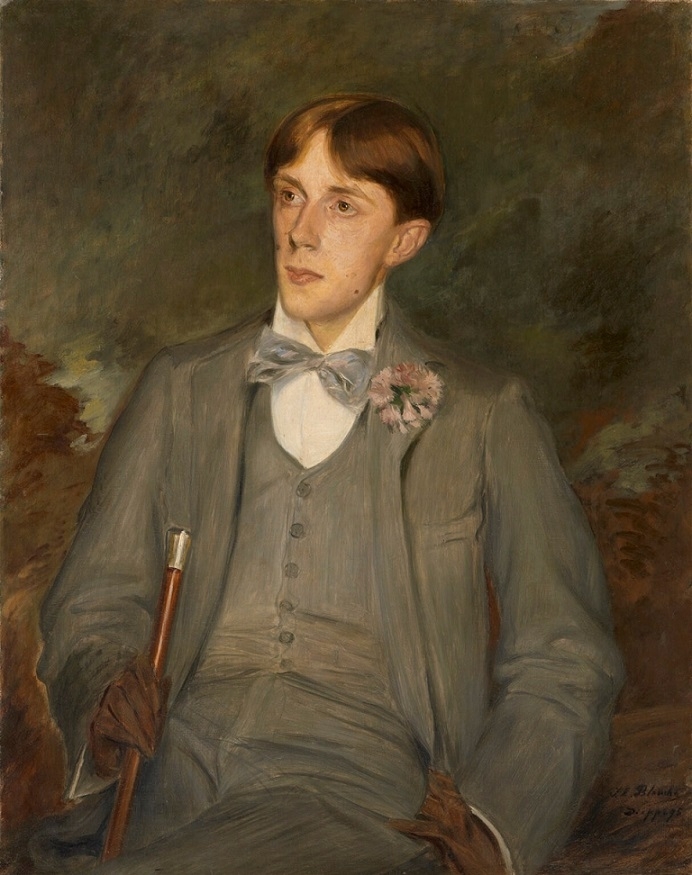 Beardsley was born in the family of Vincent Paul Beardsley and Ellen Agnus Pitt. Vincent Beardsley suffered from tuberculosis as his father. The illness made him partly unable to provide for the family, so they lived majorly on an income from an inheritance of Vincent’s maternal grandfather. The Beardsley’s mother was a daughter of William Pitt, the Surgeon-Major of the Indian Army. This marriage was a mésalliance for Ellen Pitt. Shortly after the wedding, Vincent sold some of his property to settle a claim from another woman who asserted that he had promised to marry her. When Aubrey was born, Vincent lost his fortune, and the family had to move to London. The artist was also diagnosed with tuberculosis at the age of 7. Struggling with poverty, Ellen Pitt worked as a tutor. 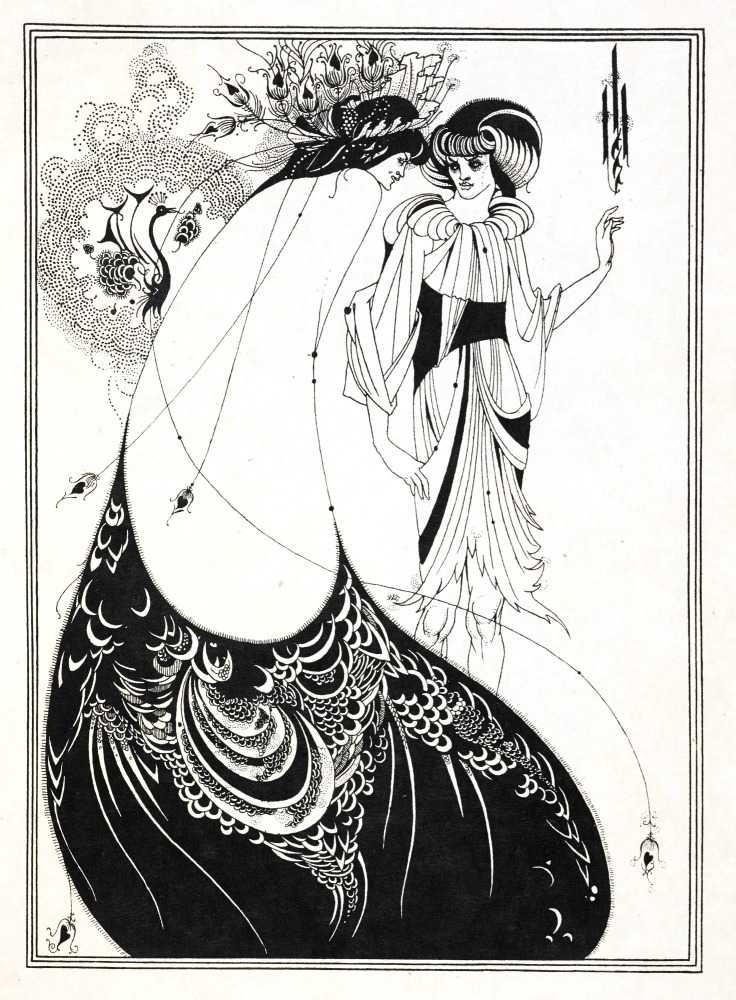 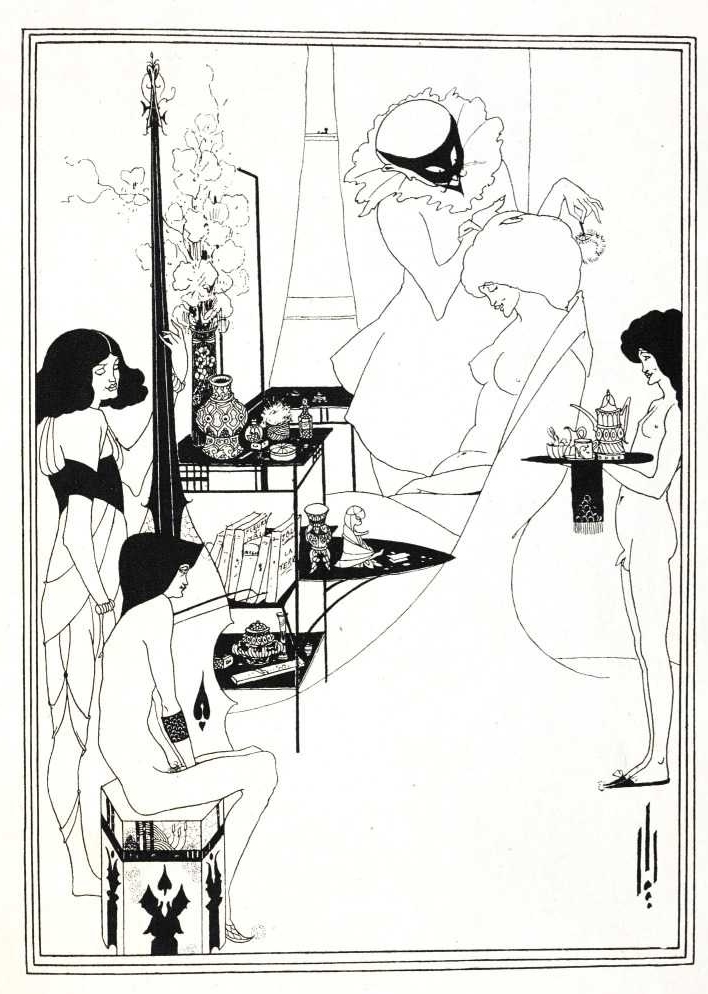 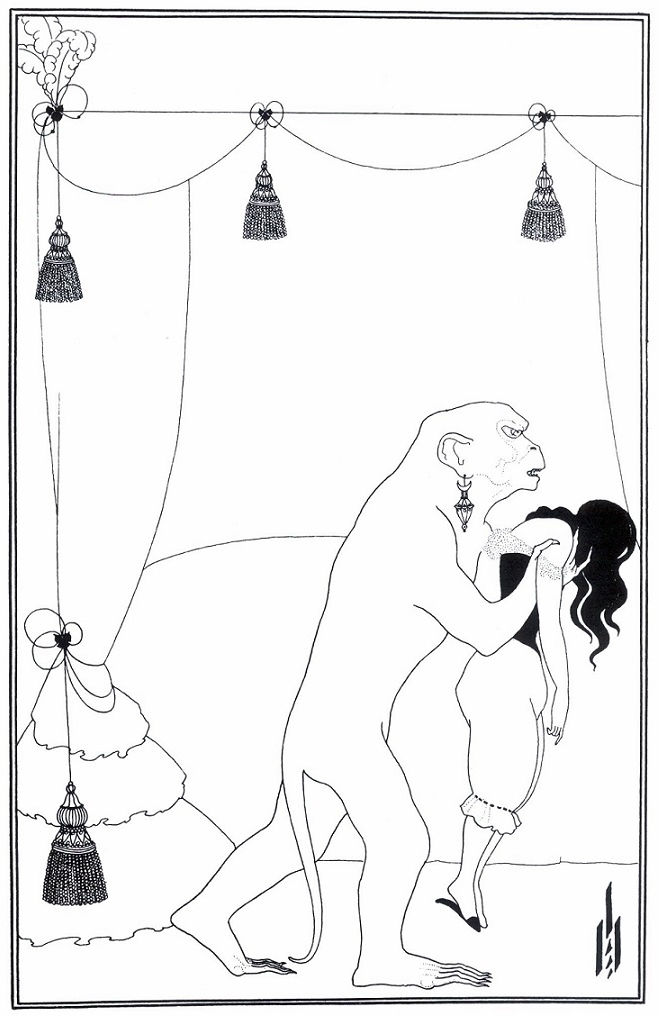 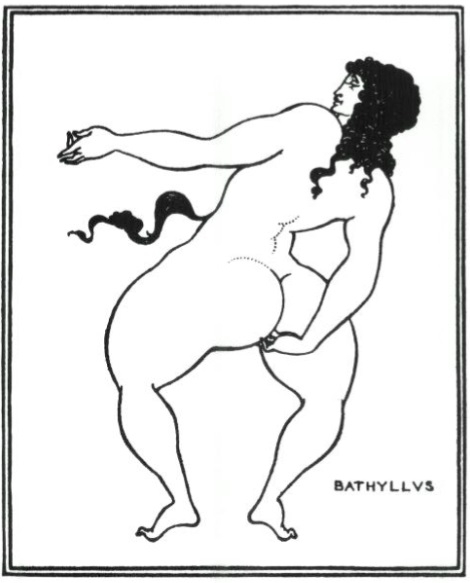 Young Beardsley was a prodigy child. He began drawing four years old and, a bit later, started learning music. Already at the age of eleven, Beardsley manifested himself as a composer and a poet. He was known as an “infant musical phenomenon” and, accompanied by his sister Mabel, played at concerts with approximately 3000 people in the audience. From 1885 to 1889, he was studying at Brighton, Hove and Sussex Grammar School. Then, being seventeen years old, Beardsley became a clerk at the Guardian Life and Fire Insurance Company, but two years later, as his disease grew, he decided to devote himself to art. Professor Fred Brown, whose classes at the Westminster School of Art Beardsley attended in 1892, introduced the artist to Oscar Wilde. 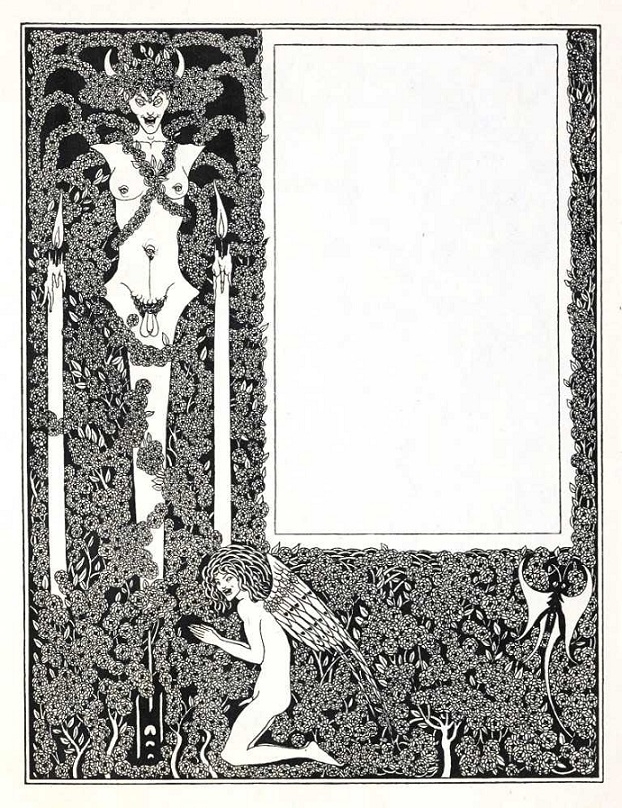 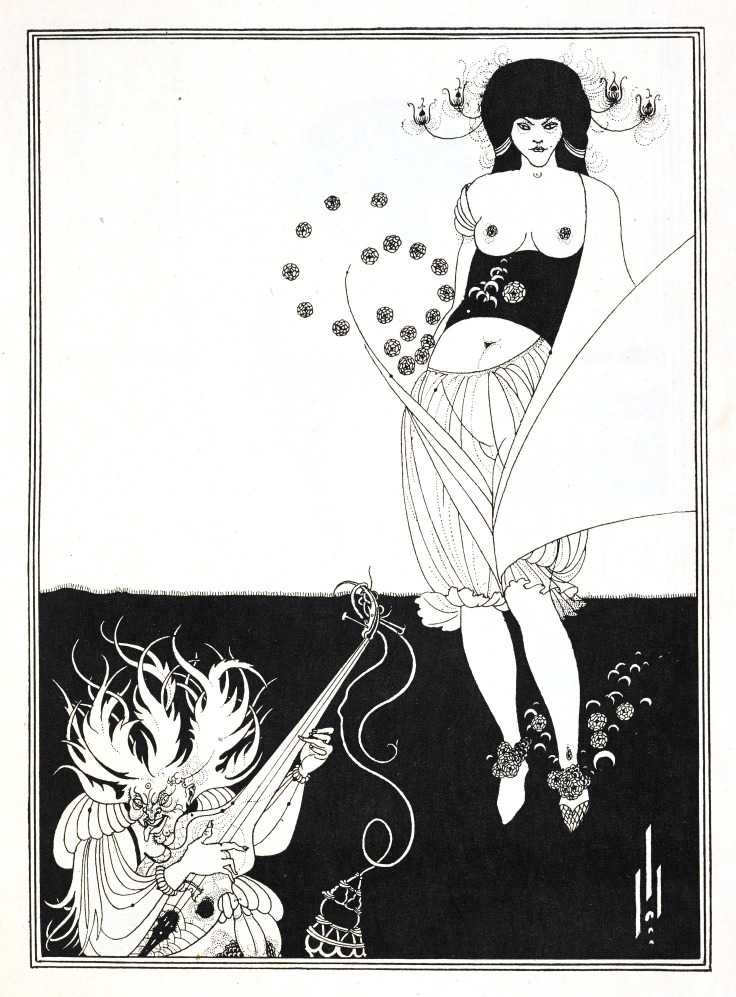 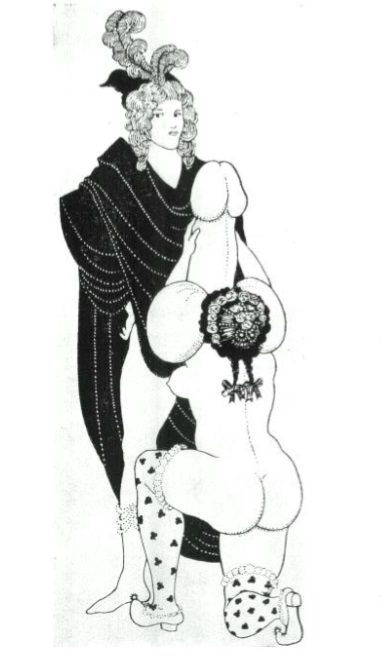 In 1892, Beardsley also traveled to Paris, where he discovered Toulouse Lautrec and Japanese prints. In the following years, he produced illustrations for classic and contemporary literature, such as Lysistrata by Aristophanes or Salome by Oscar Wild. He also co-founded the Yellow Book magazine with American writer Henry Harland. The artist associated himself with Decadence and Symbolism. So, his look and behavior were eccentric both in private life and in public. He said, “I have one aim — the grotesque. If I am not grotesque, I am nothing.” Yet, his adherence to decadence didn’t prevent him from producing caricatures, while other decadents declared their absolute indifference to politics and society. A year before death, Beardsley converted to Catholicism and implored his publisher to destroy “all copies of Lysistrata and bad drawings.” Fortunately, his last wish, as it later happened with Kafka, was ignored. 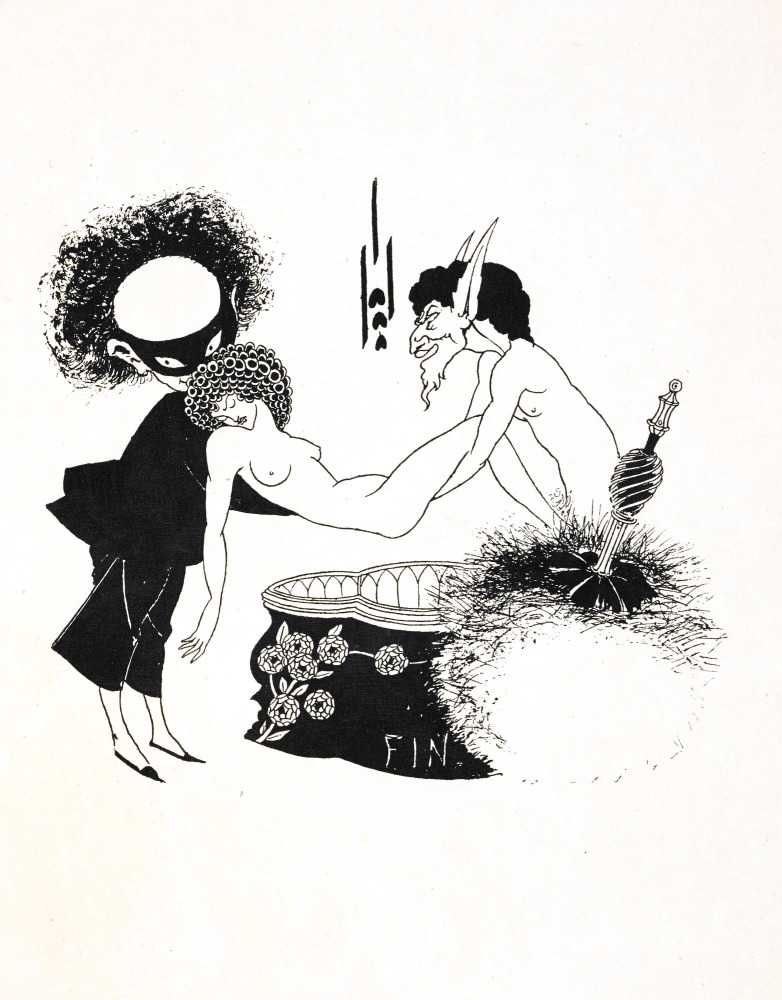 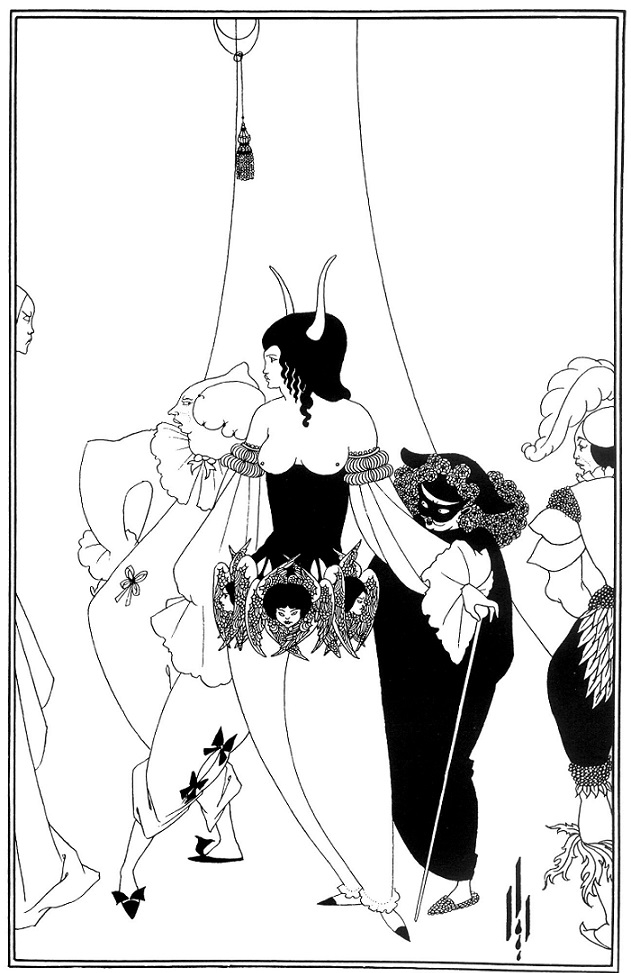 Beardsley and the Tradition of Shunga

As we mentioned above, Beardsley learned about shunga pictures during his stay in Paris in 1892. Then he began collecting Japanese woodblock prints himself. According to art critic Meier-Graefe, his collection included “the finest and the most explicitly erotic Japanese prints in London.” Beardsley’s signature in Japanese manner (three black or white stripes) can be seen in some illustrations. The influence of shunga is quite obvious in the Lysistrata series, where the characters are portrayed with large genitalia. The ancient comedy tells about Athenian women who deprive their husbands of sexual privileges (and enrapture the state treasury in Acropolis, which seems a more effective measure) to stop endless wars between Athens and Sparta. The illustration in which the man forces the woman to make love (fig. 18) evokes in mind Kunisada’s design from The Eight Dog Heroes of the Satomi Clan (fig.19). 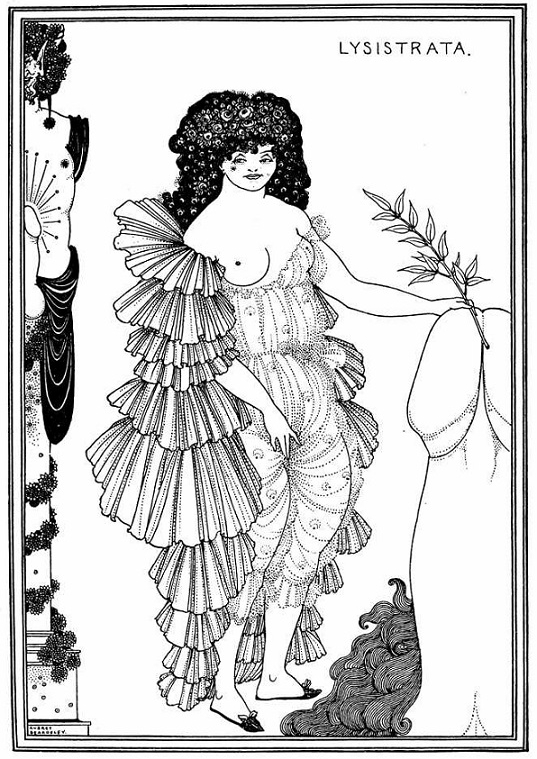 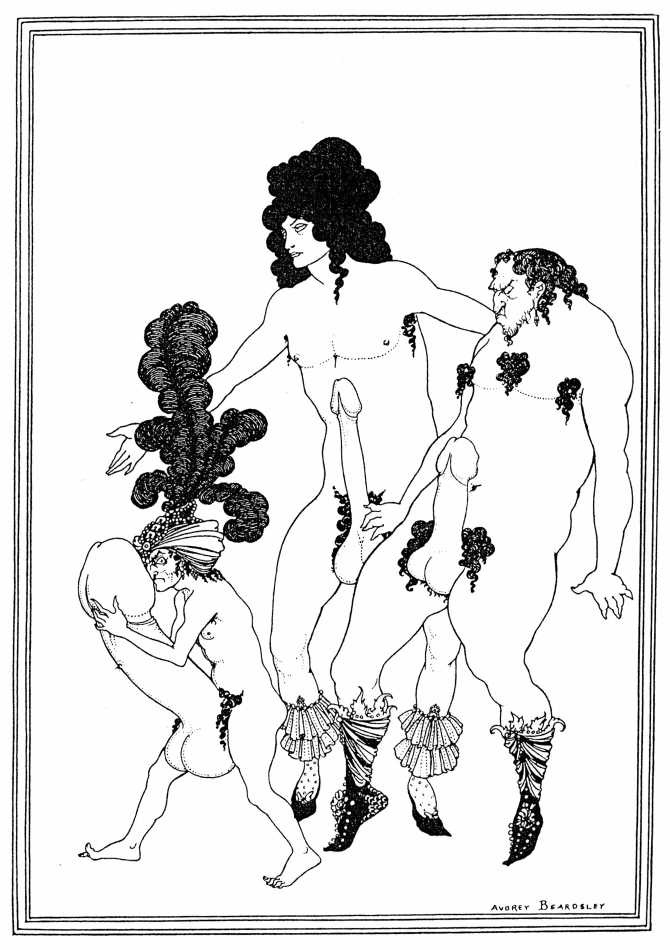 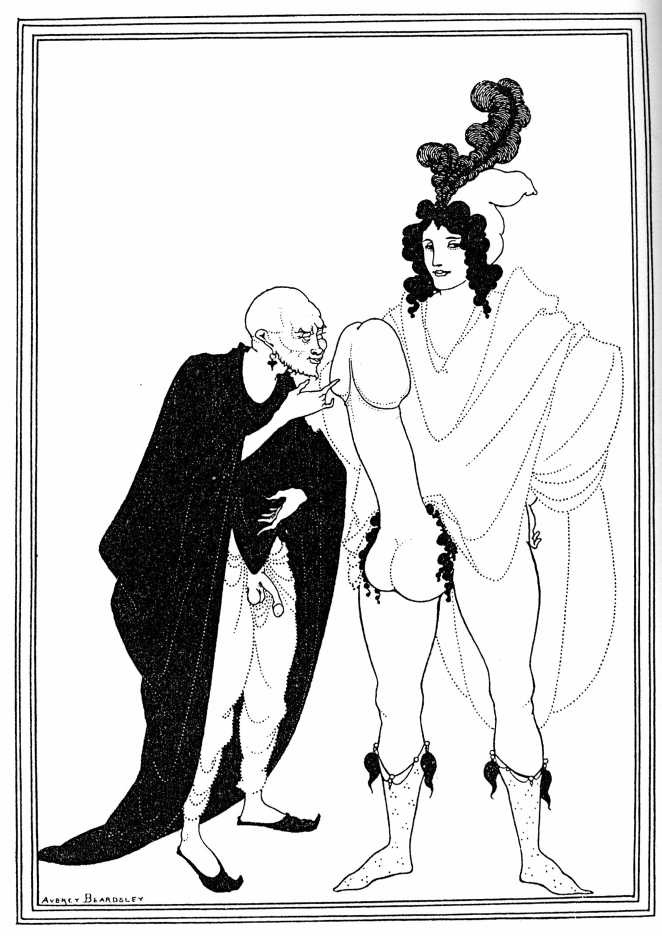 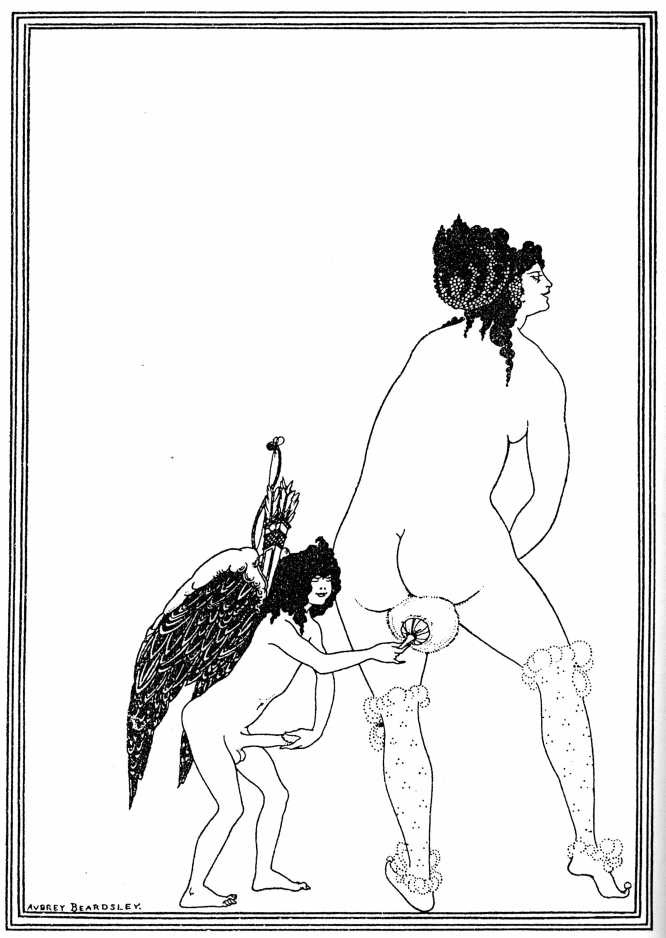 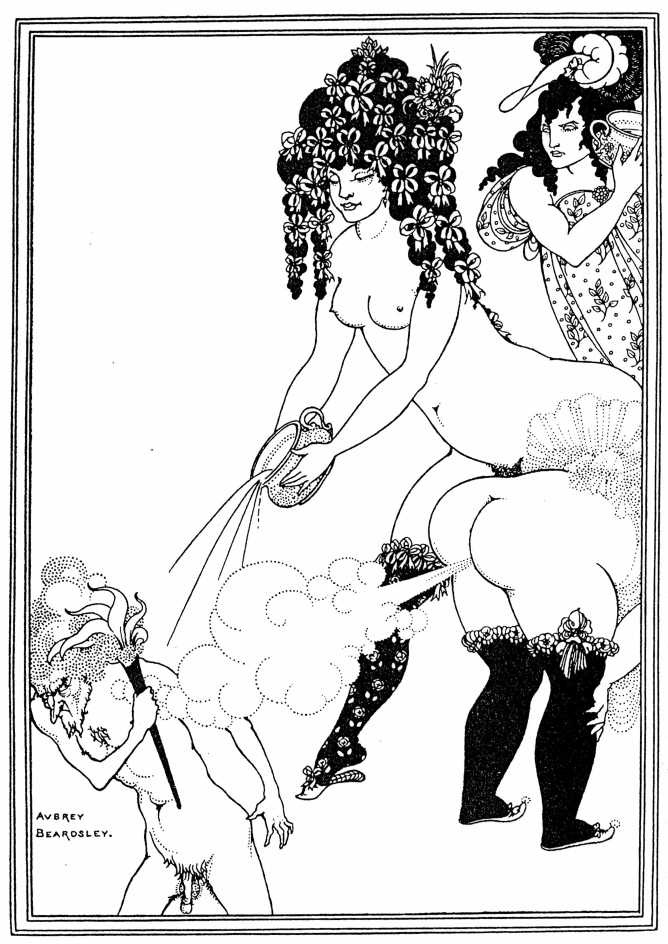 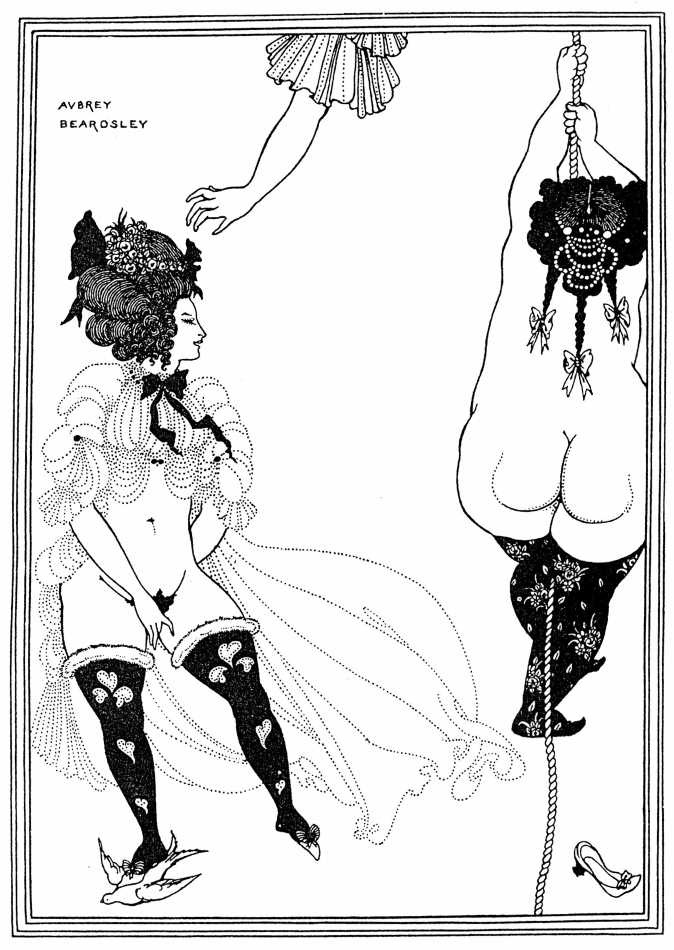 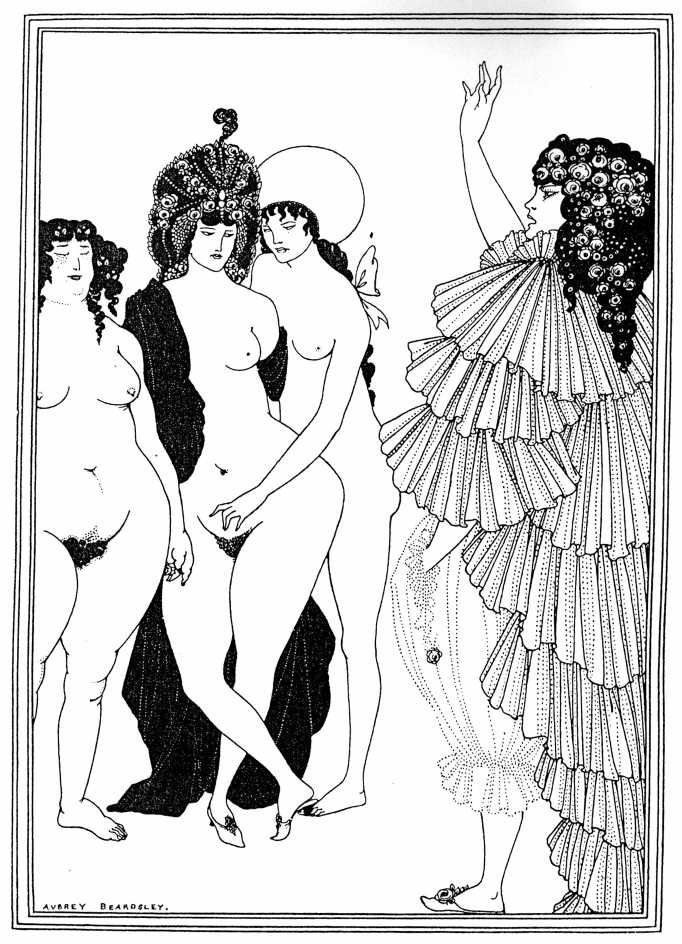 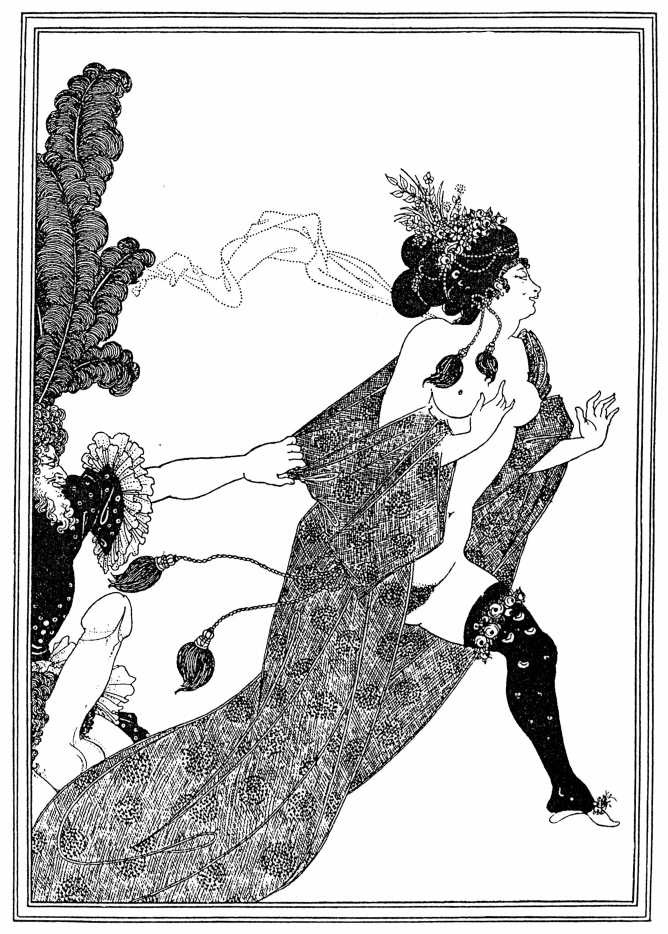 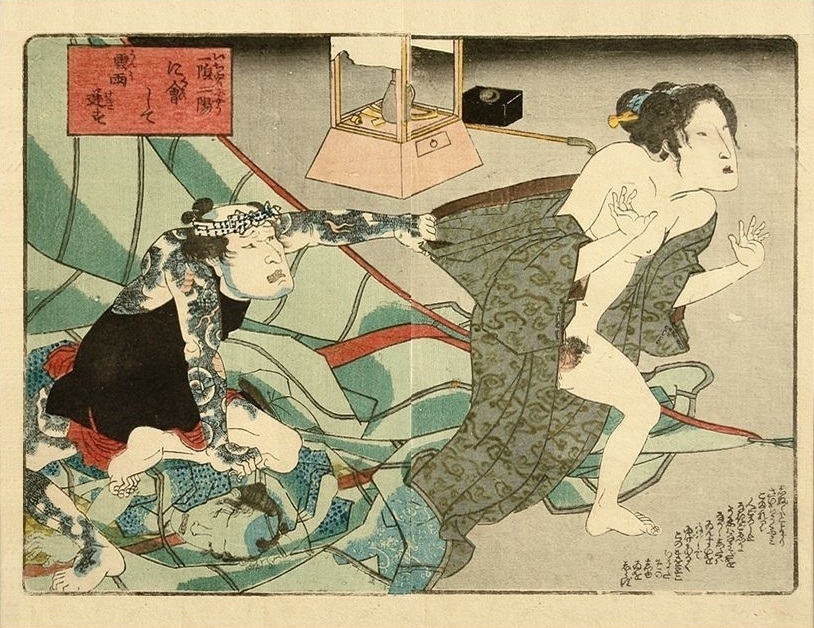 Click HERE for our earlier article on Aubrey Beardsley in which examine his relationship with shunga in closer detail…!!

What do you think about this article on Aubrey Beardsley? Leave your reaction in the comment box below….!!