Virtually no art nouveau artist has attracted so much attention, not only because of her art but especially because of her lifestyle as the Danish painter and illustrator Gerda Marie Frederike Wegener (1886-1940). She was born in Northern Schleswig, but because of her love of art she decided to leave for Copenhagen at an early age to pursue an education at the Royal Art Academy.

In 1904 she married the artist Einar Wegener, who increasingly recognized his feminine identity. He later called himself Lili Elbe (Fig.2) and was the first person in the world to undergo gender reassignment surgery. 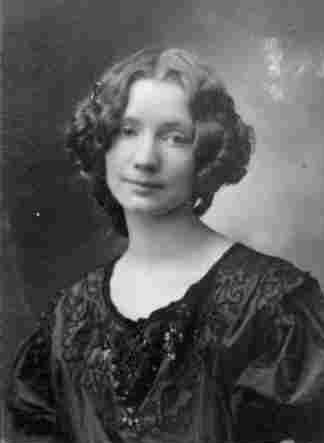 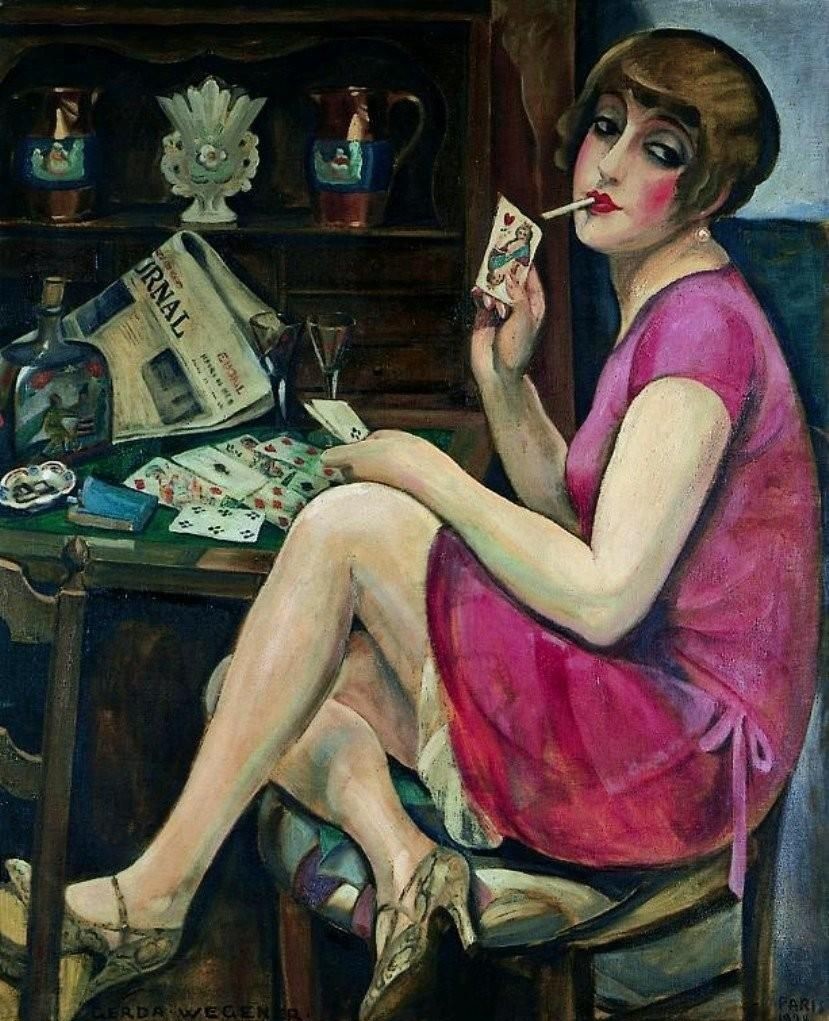 Lili Elbe often serves her as a model, as well as on the oil painting of the same name. In 1912, the dazzling couple moved to Paris, where Gerda works as a portrait painter and as an illustrator for various magazines like Vogue, Fantasio, La Vie Parisienne. At the Paris Universal Exhibition in 1925, she exhibits her works and wins two gold medals.  Lili died at the age of 49, soon after a fifth operation that concerned the transplantation of a uterus. Her death was caused due to transplant rejections. 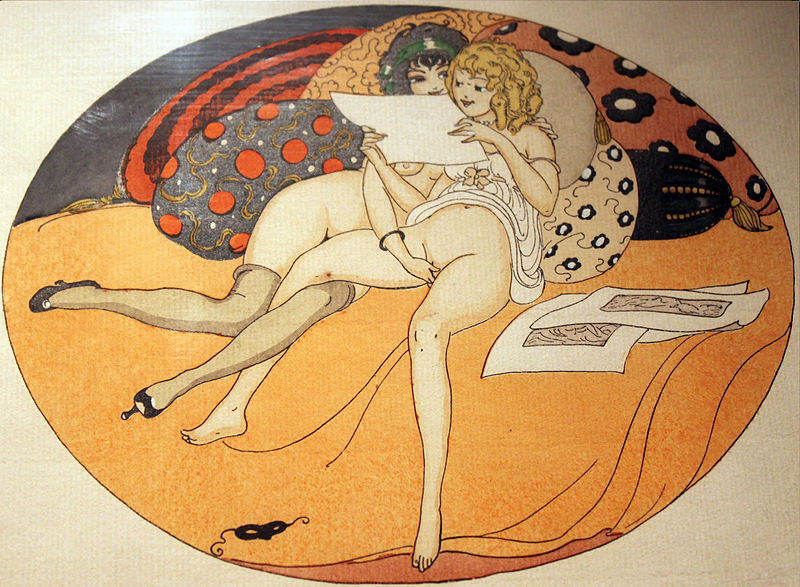 Fig.3. Series of watercolors, which appeared in 1925 under the title “Les Délassements d’Eros” in Erotopolis (Paris)

In Denmark she had fallen into oblivion in recent decades, but the 2015 feature film “The Danish Girl“, which tells the life story of Lili Elbe and Gerda Wegener, has once again emphasized her important role in art history. 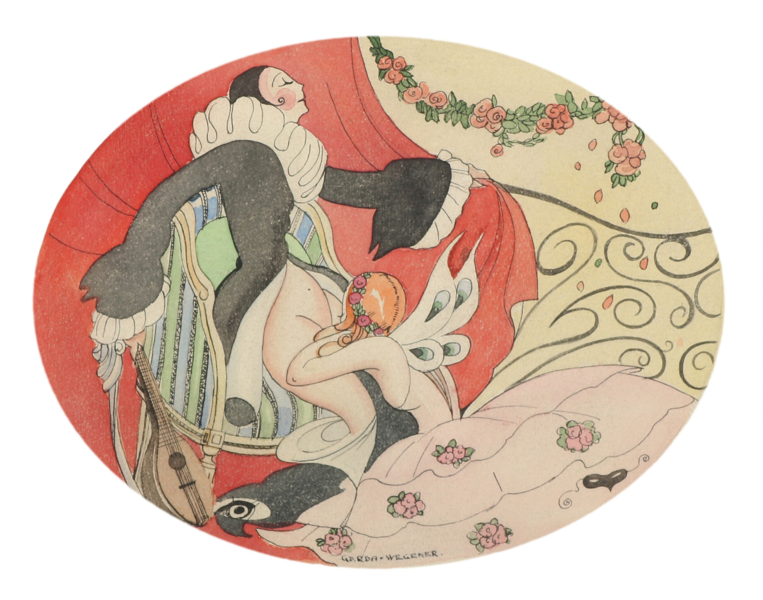 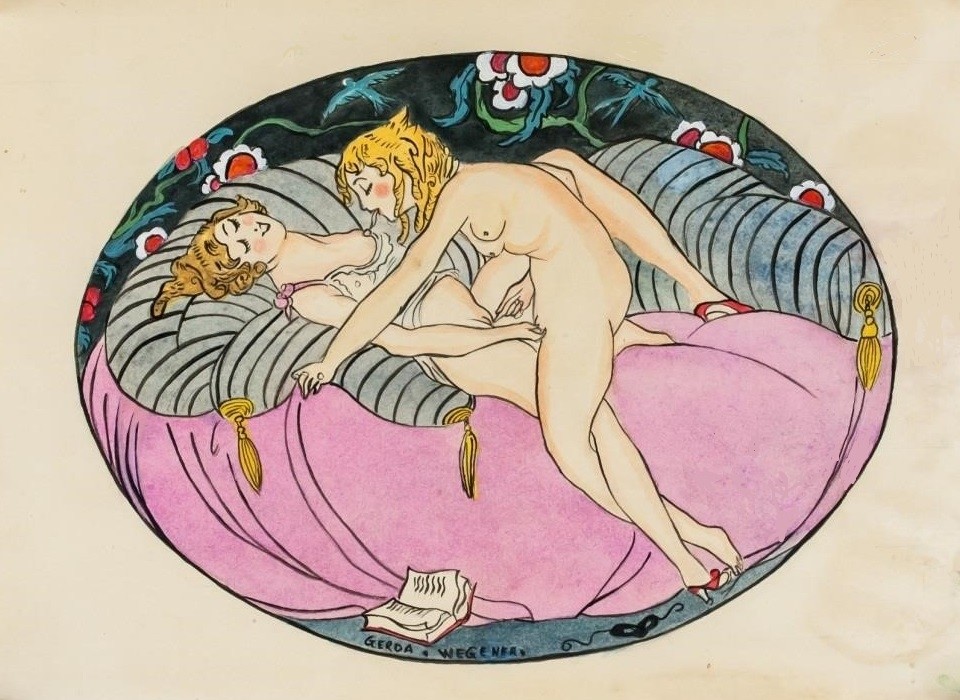 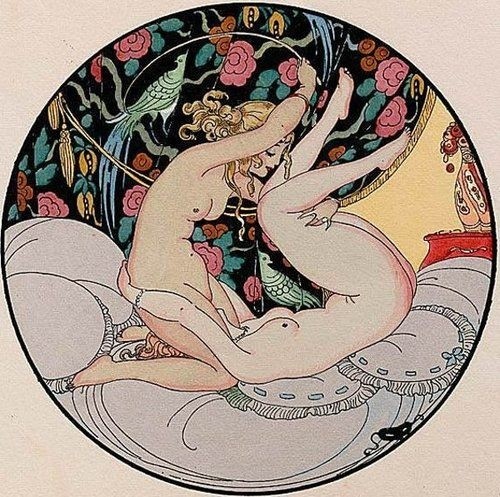 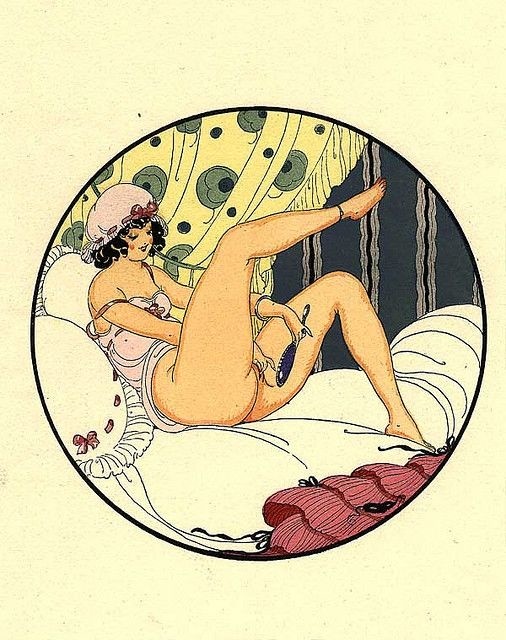 Fig.7. From a series of water colors published in 1925 entitled ‘Les Delassements d’Eros in Erotopolis Paris‘ 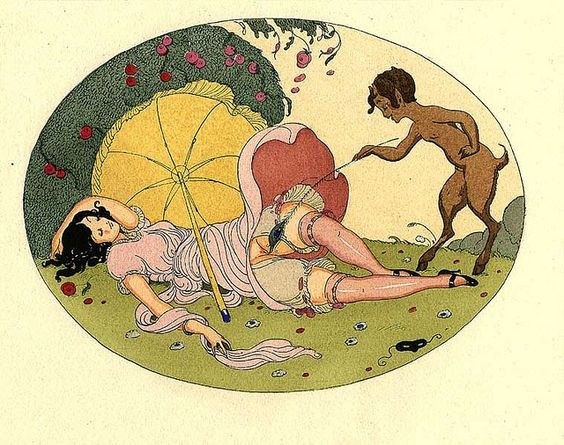 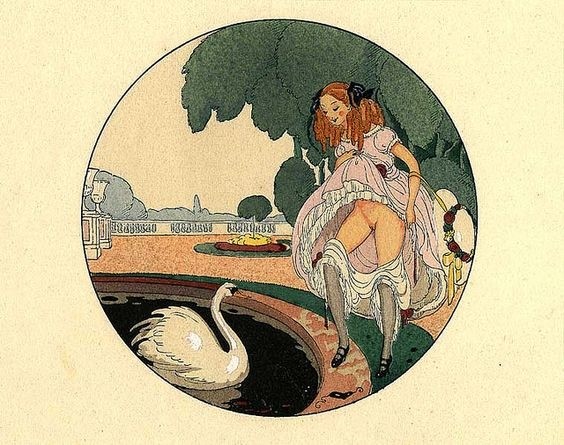 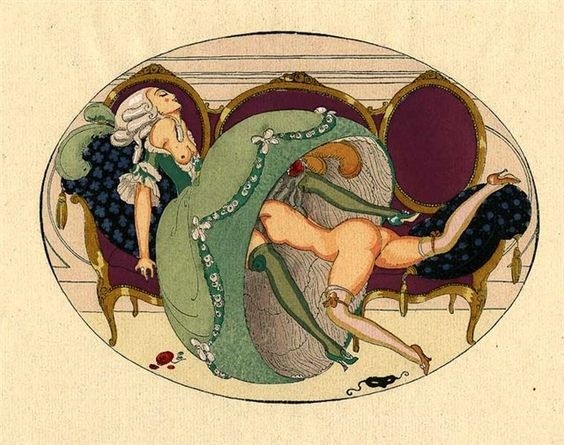 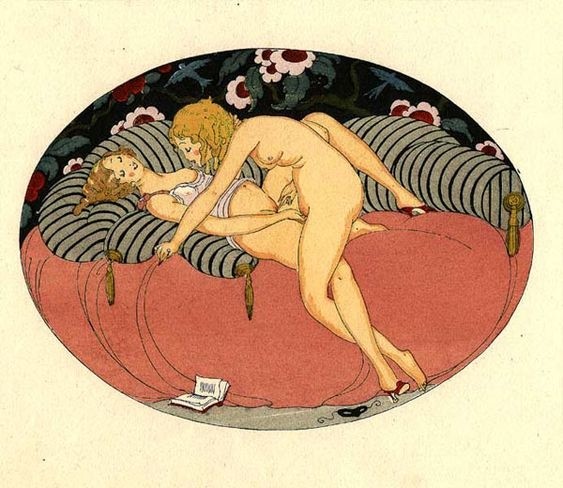 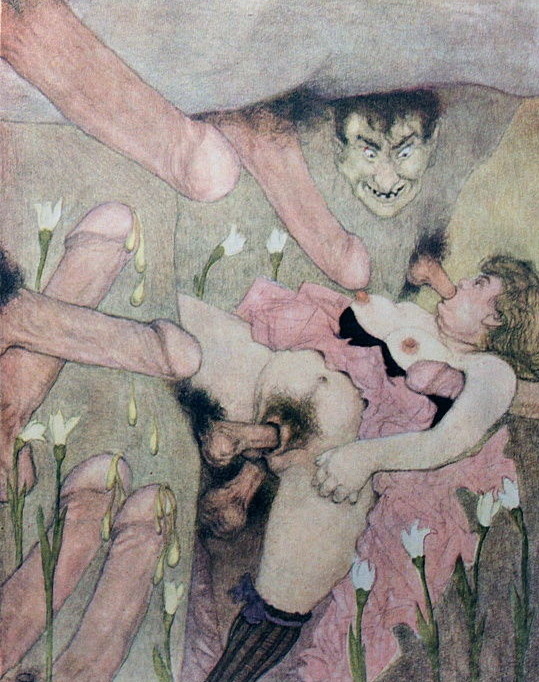 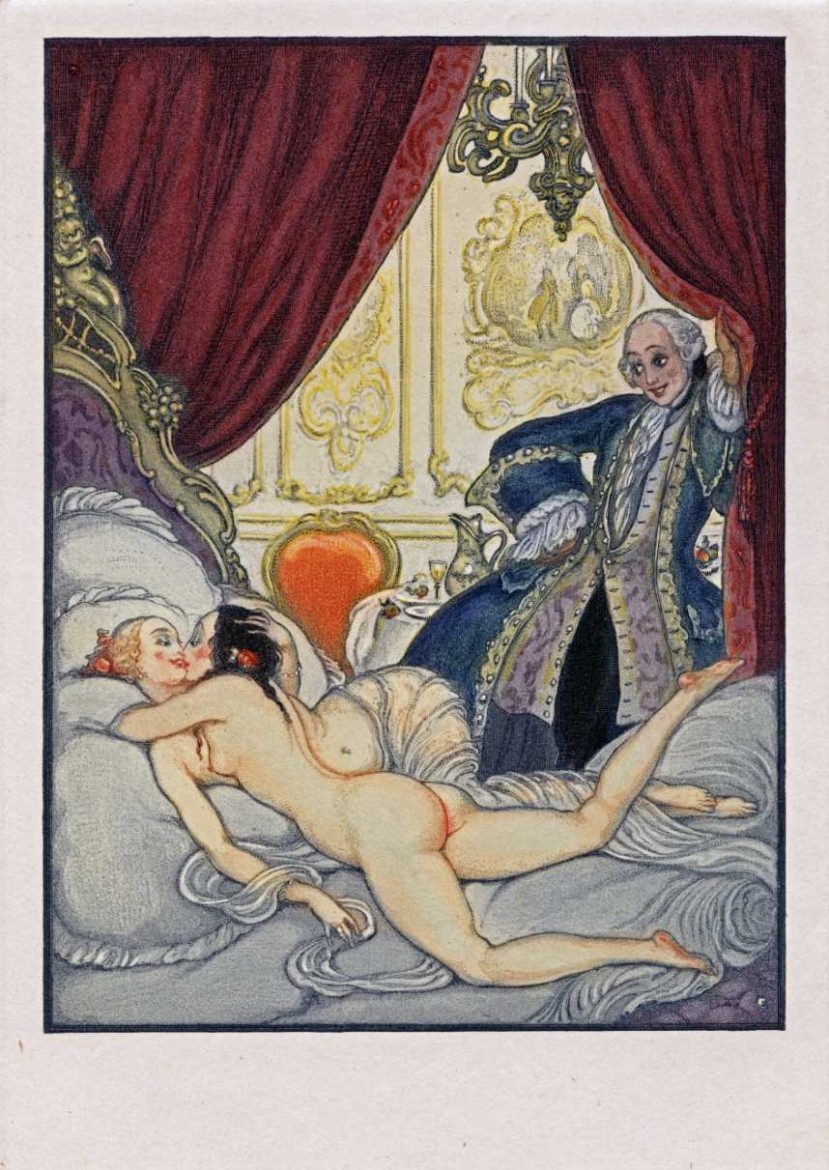 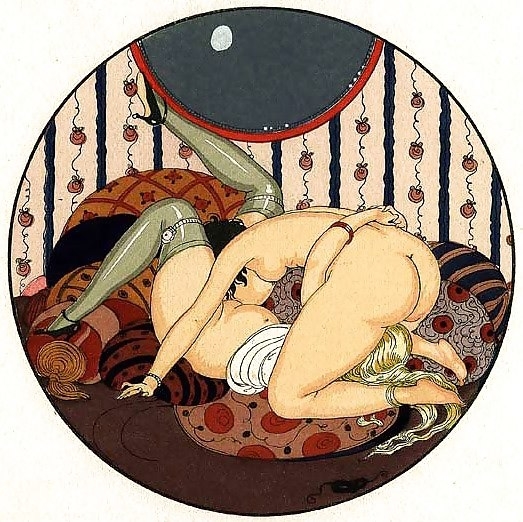 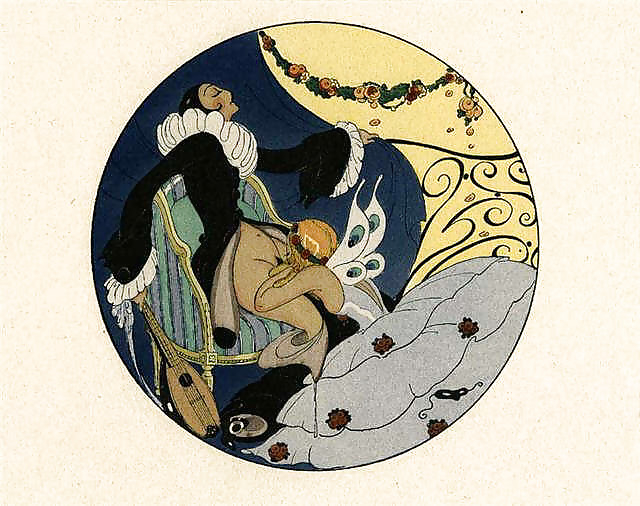 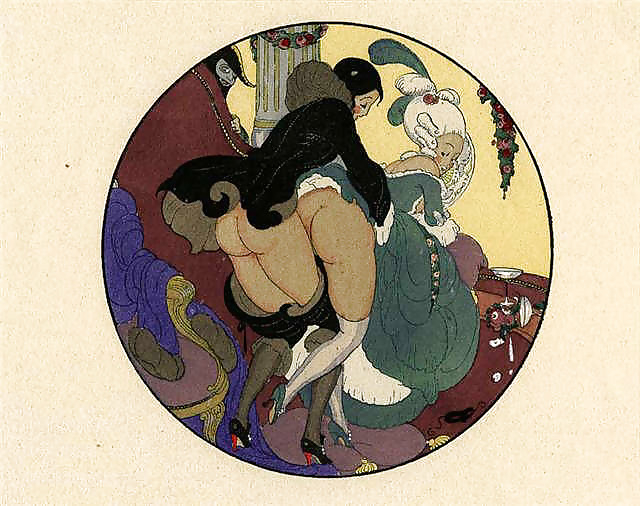 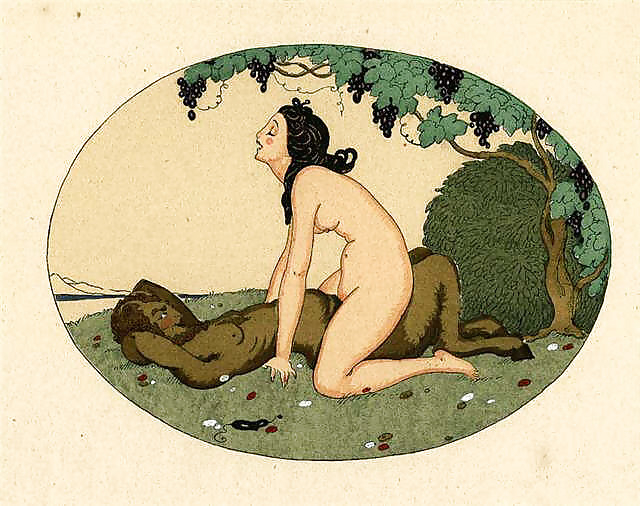 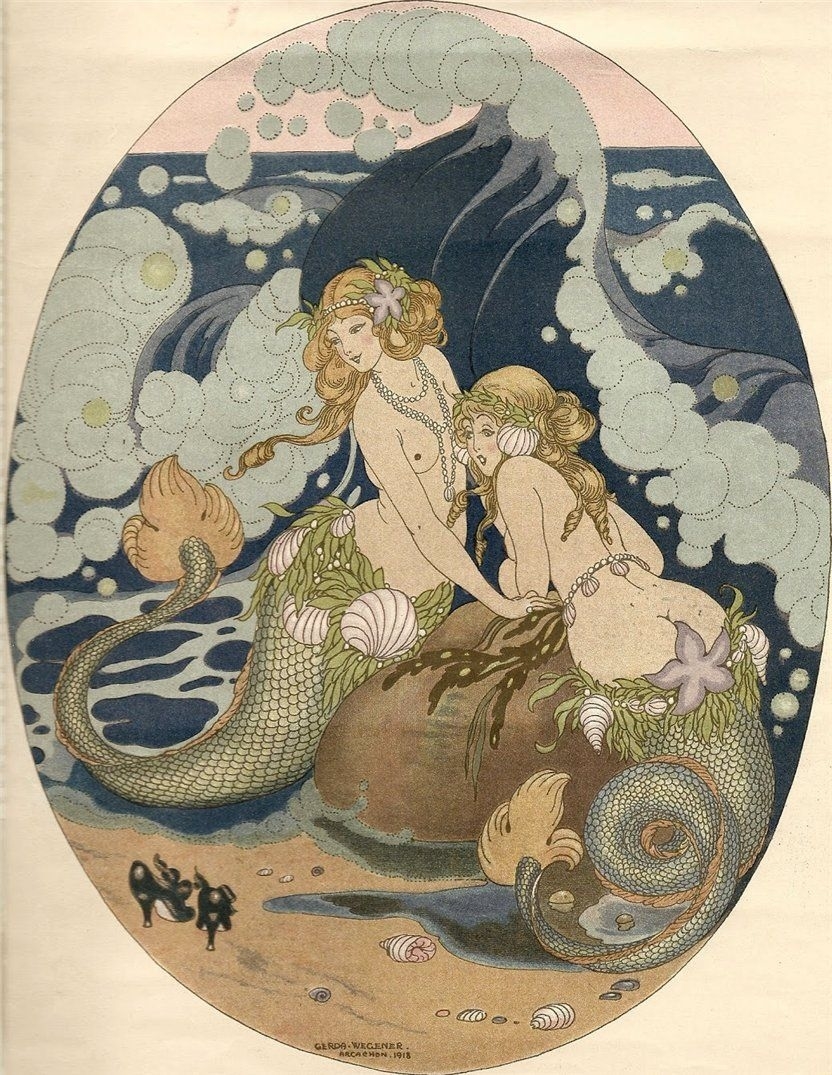 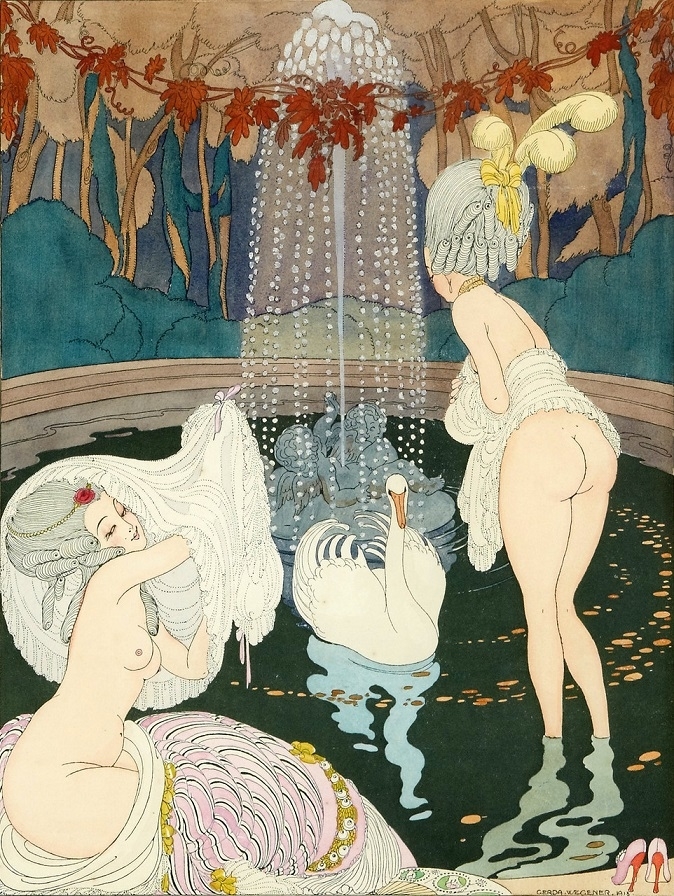 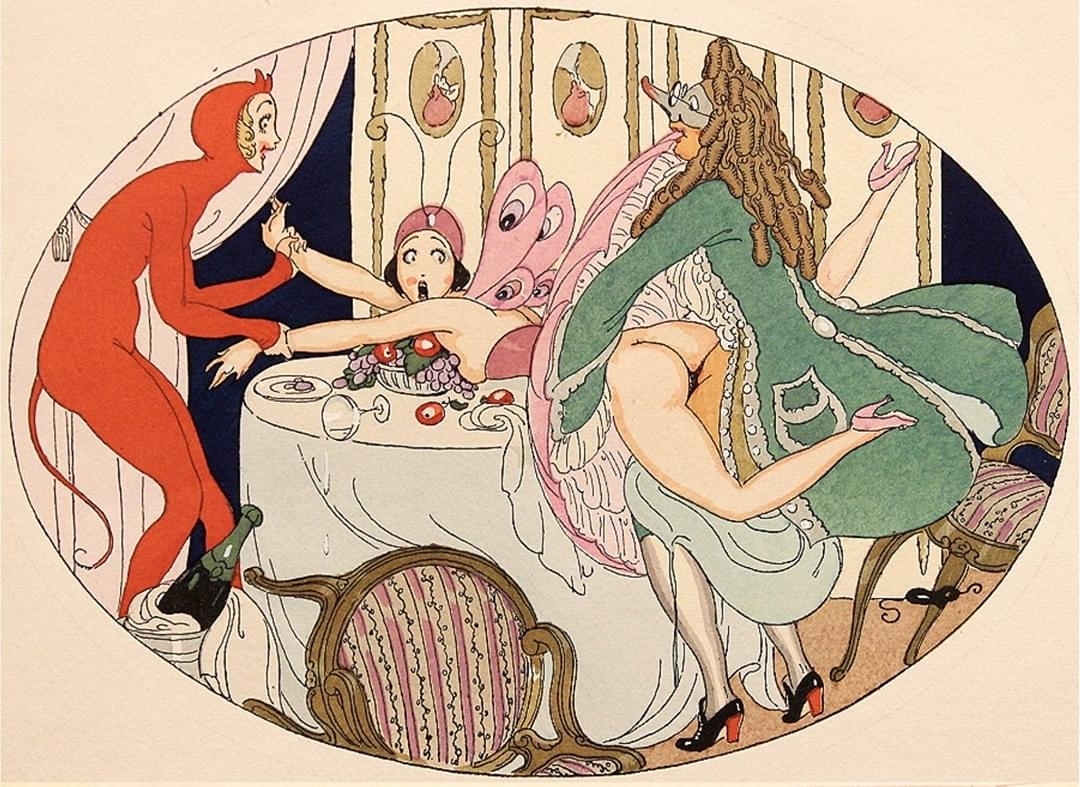 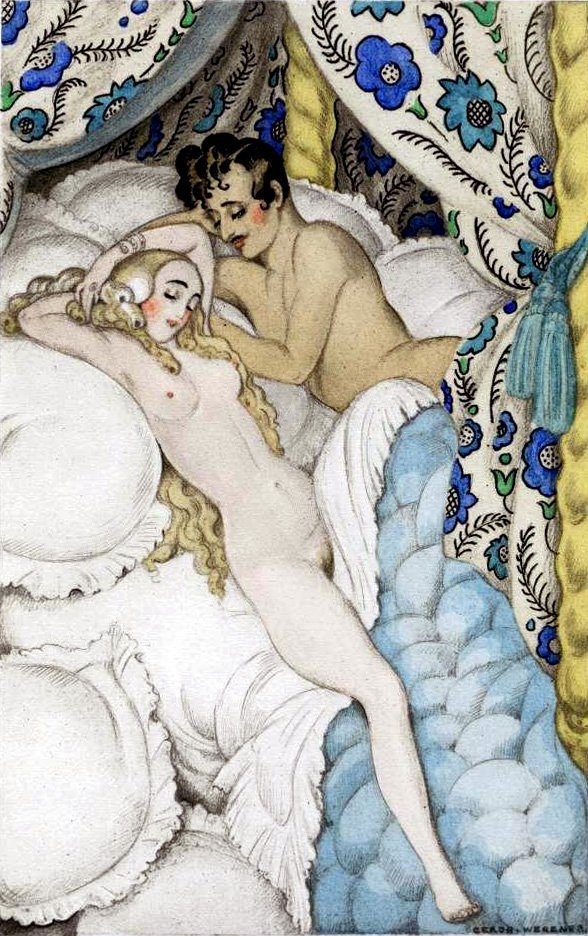 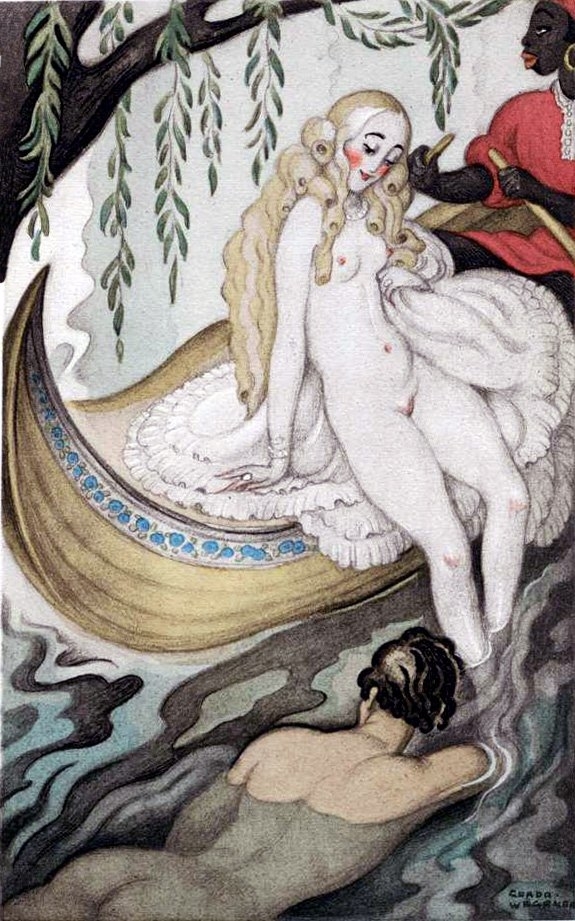 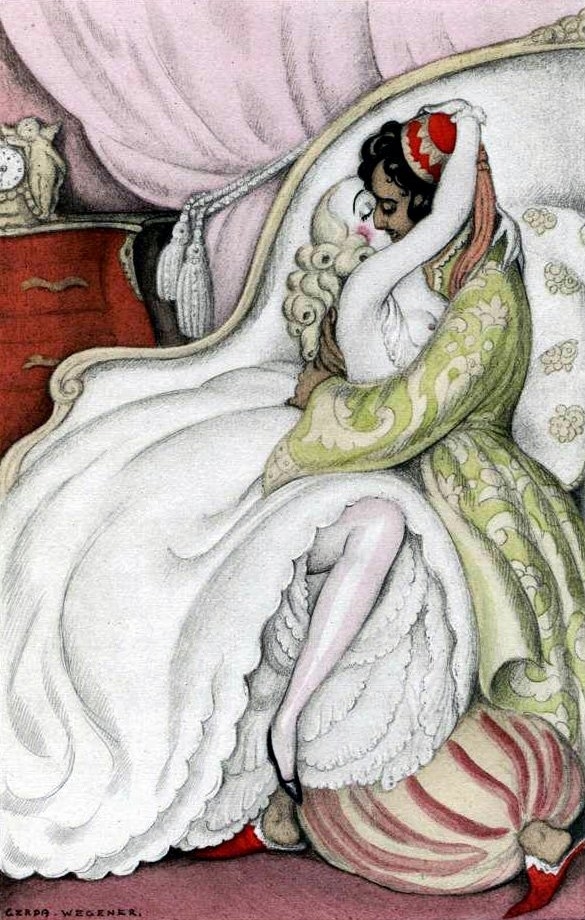 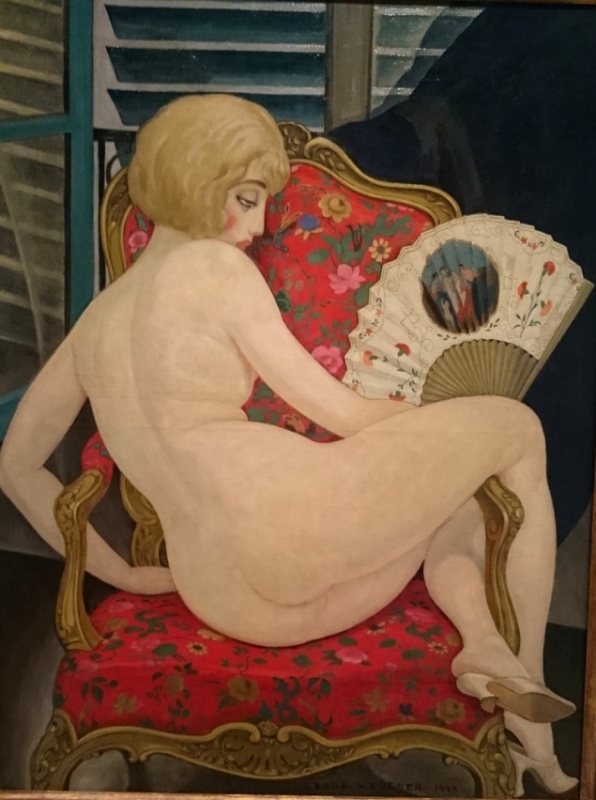 Click HERE for the lesbian rococo fantasies of Sadie Lee…!!

Thanks JB, it's always interesting to hear how you evaluate the specific artist or artworks!