His prints are a contemporary version of the classical Japanese woodblock printing technique, using strong vivid colors and strong lines. Saeki (born in Miyazaki) is not drawn to portray idyllic-looking scenery. In an interview in 2013 with Dazed he explained “…I try instead to capture the vivid flowers that sometimes grow within a shameless, immoral and horrifying dream.”

About the reluctance to talk about his art he commented “…I only explain myself through my drawings, I can’t put into words what the images mean. It would not be difficult for me to come up with various arguments concerning the images, but that will distort the understanding of the works for sure”.

Striking is that Saeki doesn’t use models or source imagery. His imagery is drawn from the subconscious inspired on visions, dreams, and memories that have remained in his mind. Although he primarily uses his fantasy and recollection there are also components of Japanese culture present in his art, from interior design and textile patterns, to mythical characters, ancient shunga, and allusions to well-known stories.

Saeki sees his work mainly as entertainment and not as self-expression. His art is filled with sex and death because he likes to provoke the viewer. In order to entertain his audience his work can not be boring. The more he creates, the more he wants to surpass himself, to shock even more.

Like in the ancient shunga prints, Saeki’s images sometimes includes a secret voyeur. In shunga these peeking figures are part of the whole scene while in Saeki’s world they are added as a surreal component to create a dynamic of the psychic device that exposes the numerous sides of the human life.

Saeki’s exhibitions are popular and his audience is ever increasing. He is now in his seventies and still working, enjoys the interest of is ever increasing following and the impact his work has on young artists. Saeki designed the cover of one of John Lennon and Yoko Ono’s albums (Sometime in New York City, 1972), and both Yoko Ono and their son Sean Lennon are fans and friends of him. So I suspect that this fact did not stand in the way of his fame! 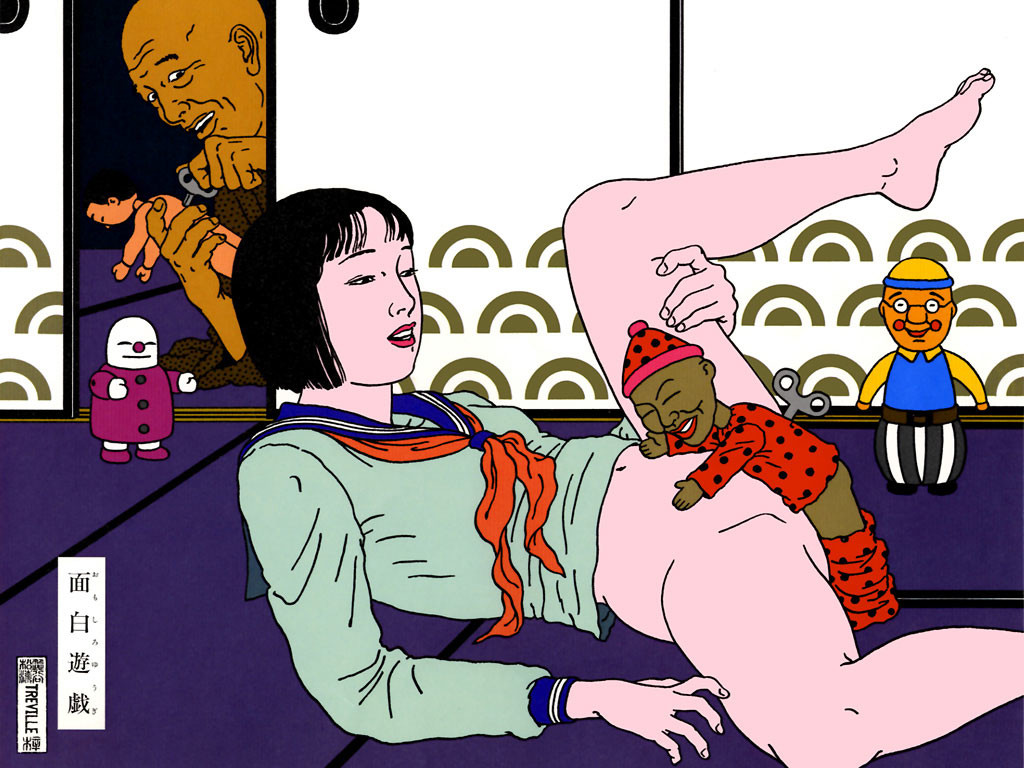 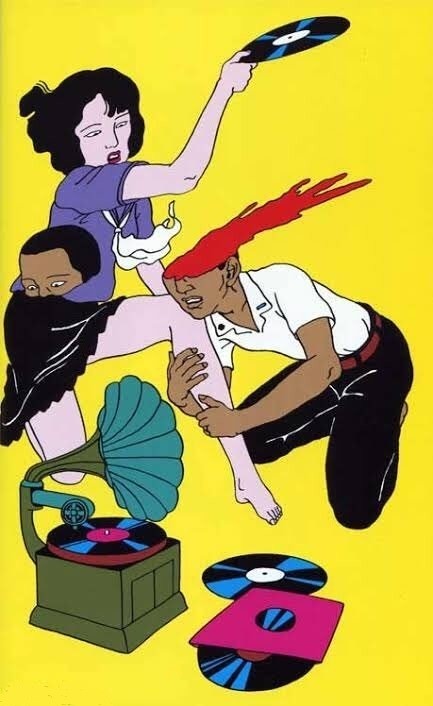 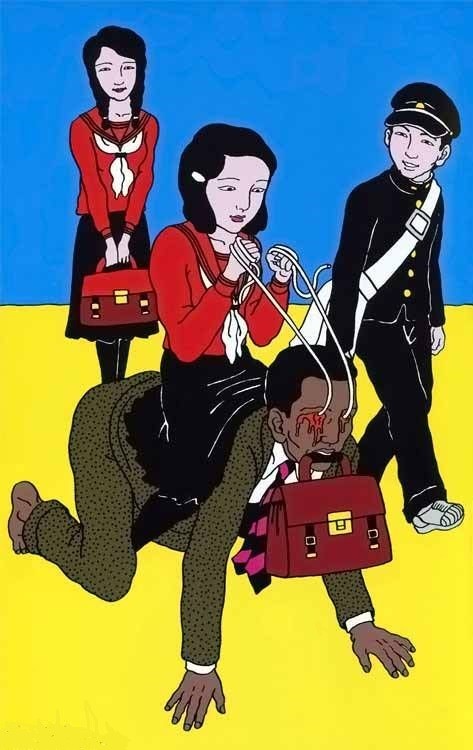 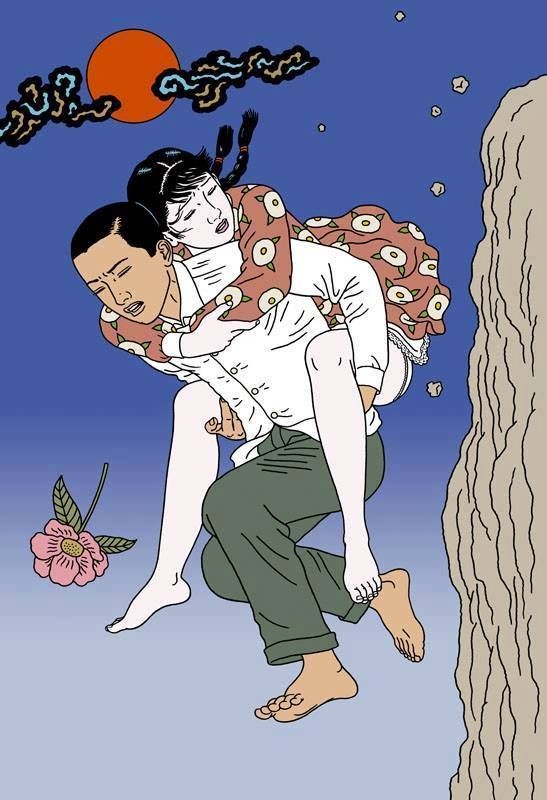 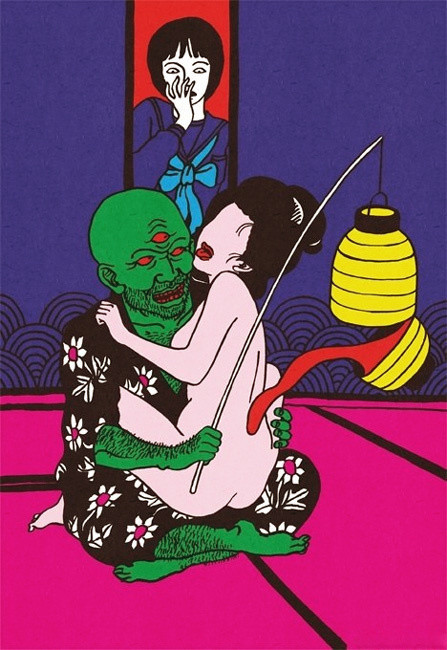 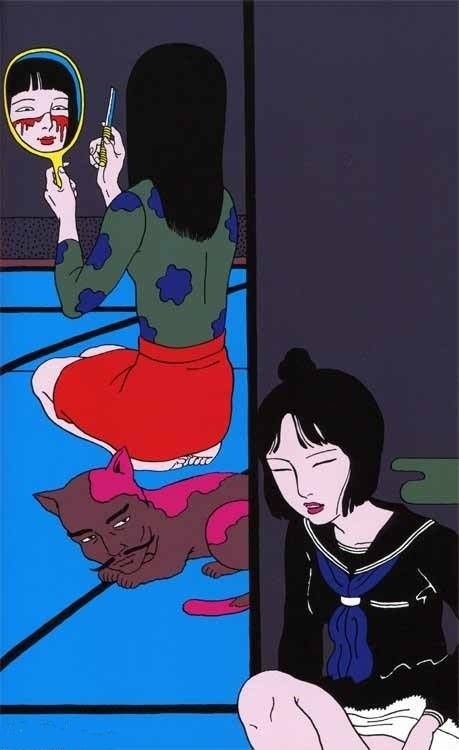 From the book “Yumenozoki (Glimpse of a Dream)” (Source: AkaTako.net) 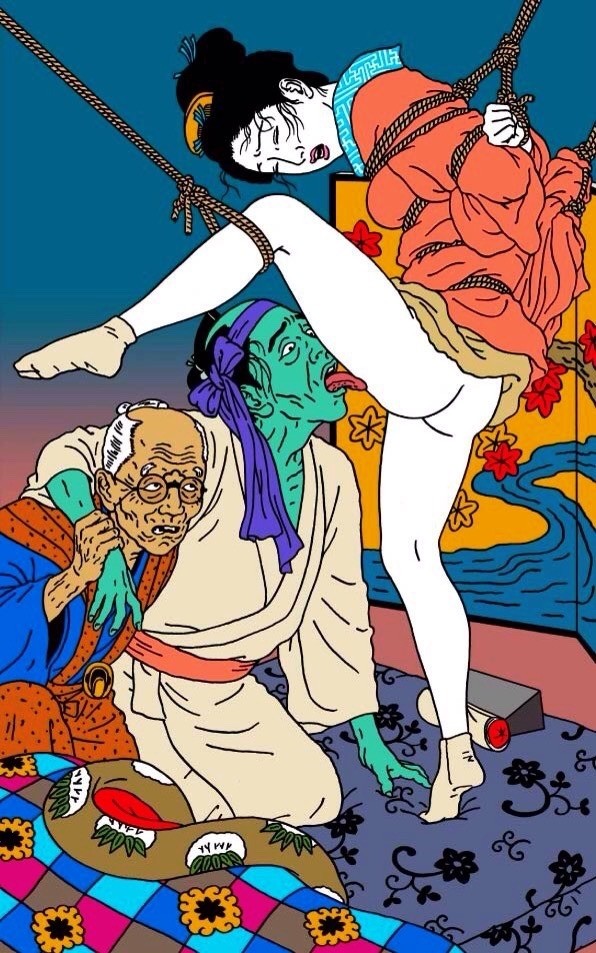 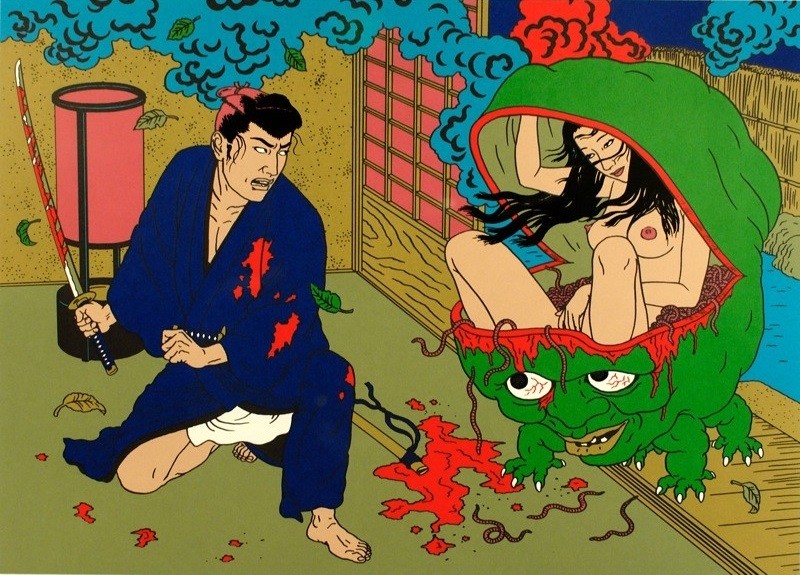 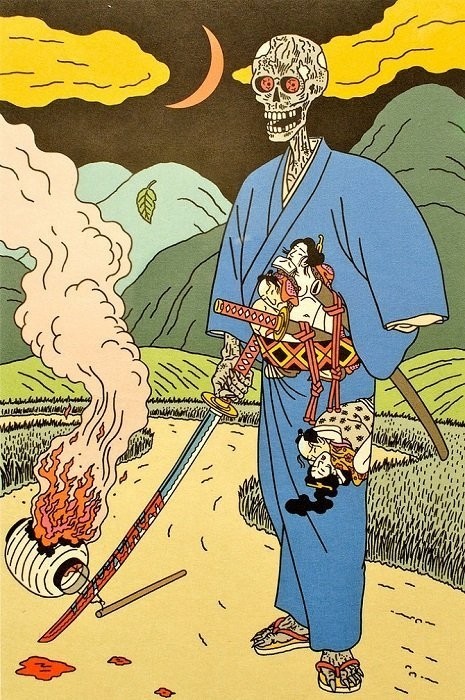 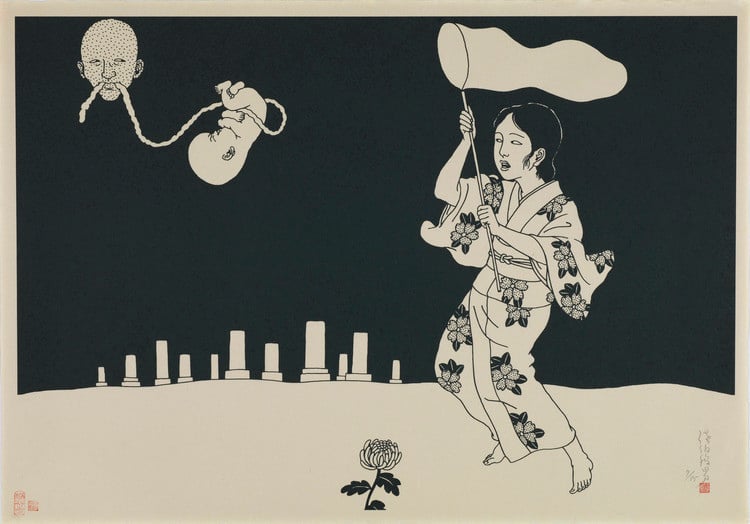 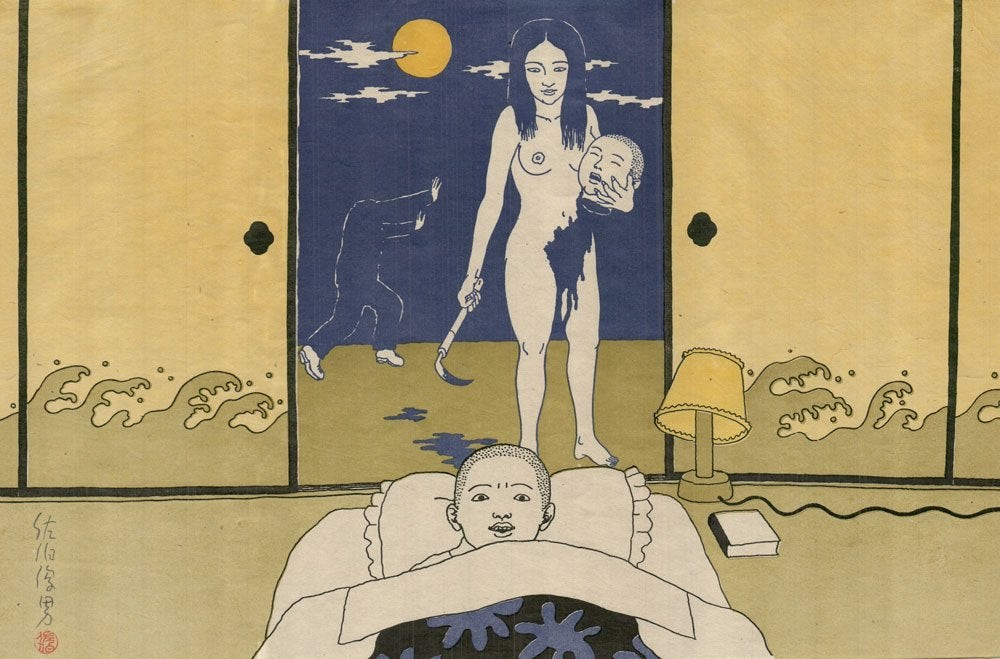 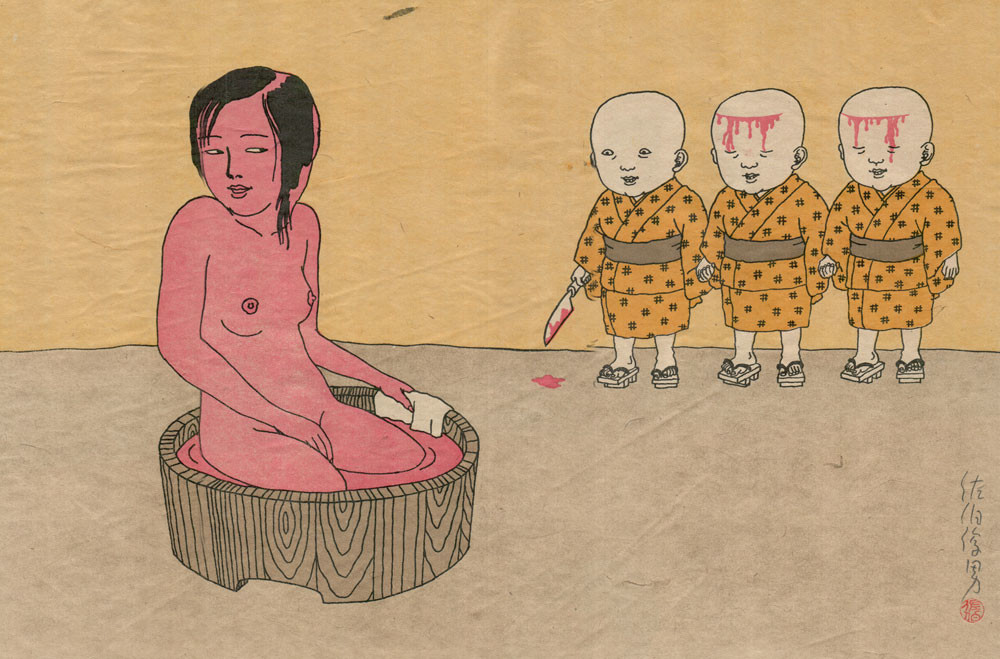 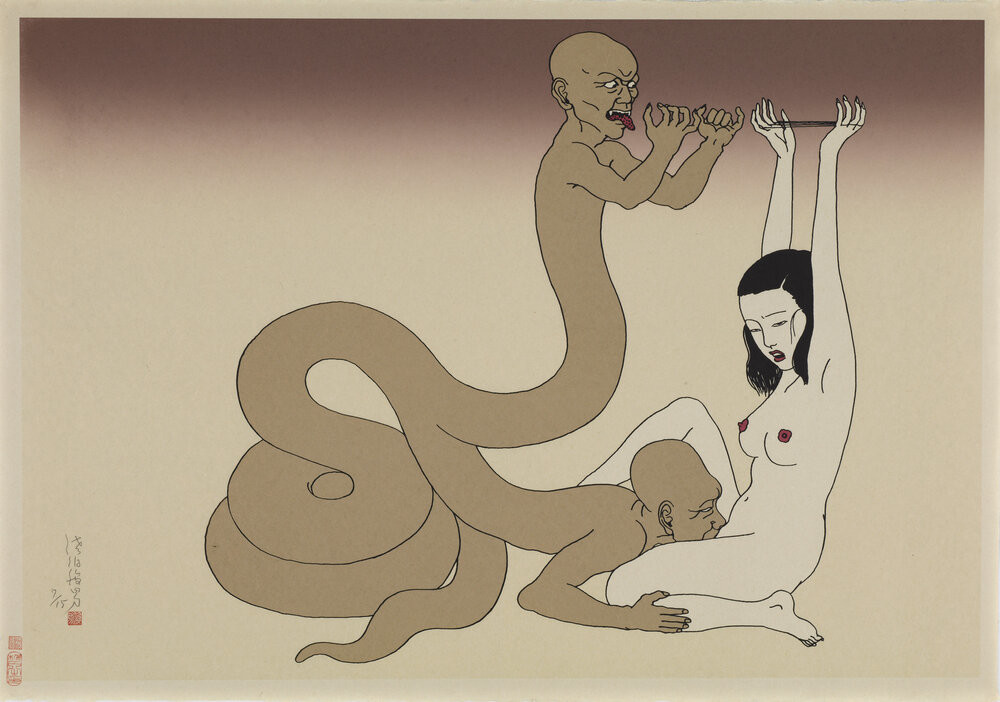 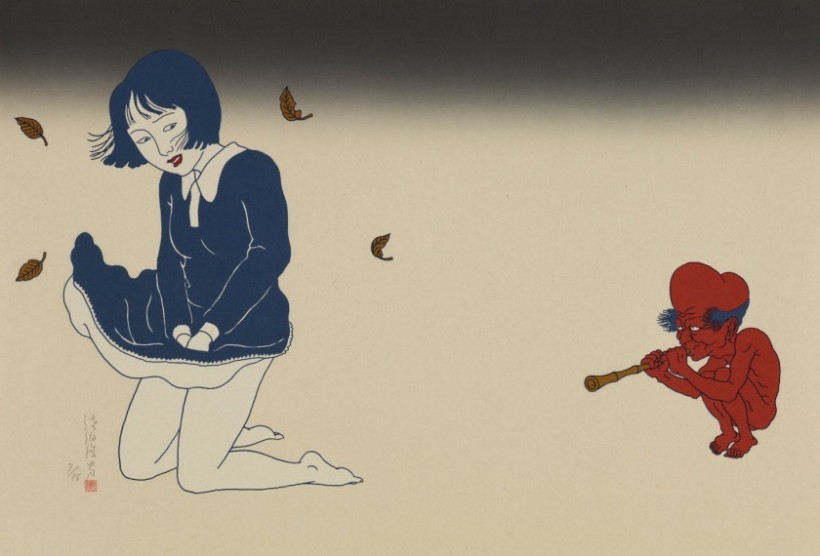 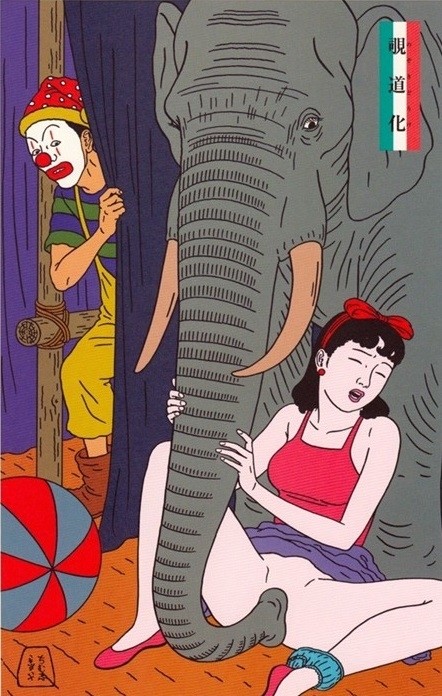 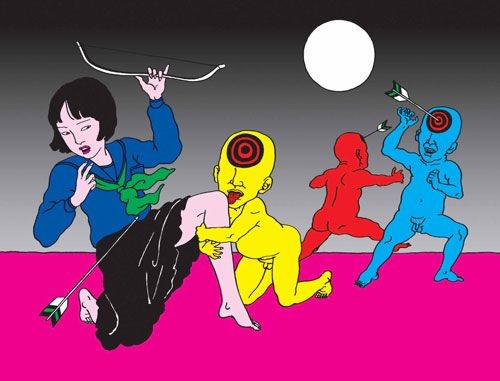 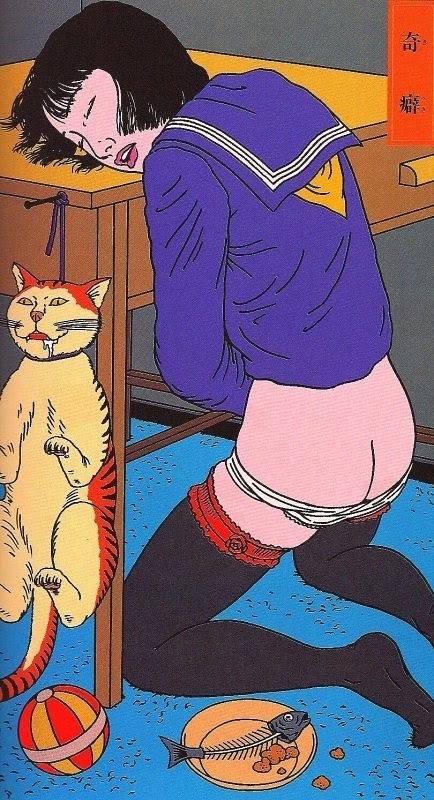 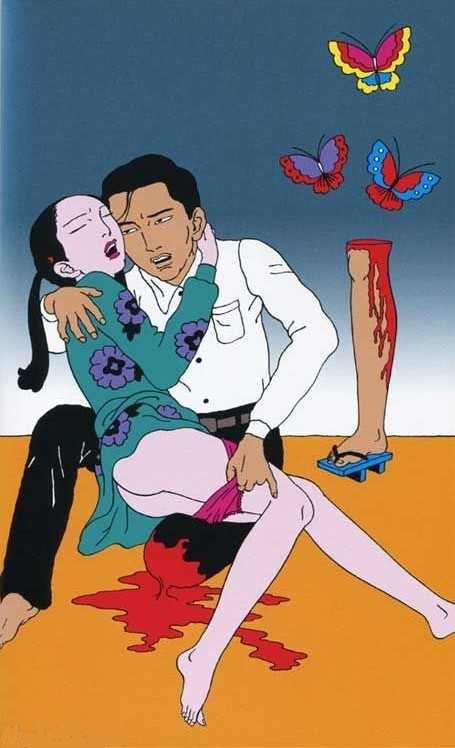 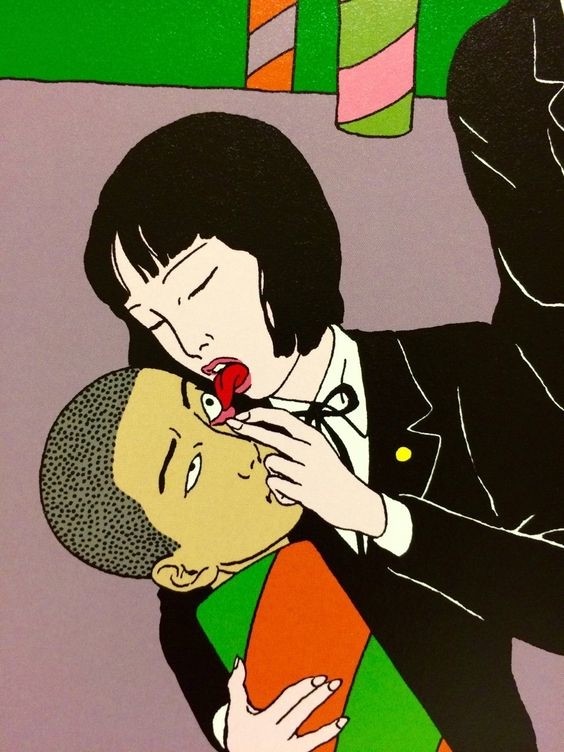 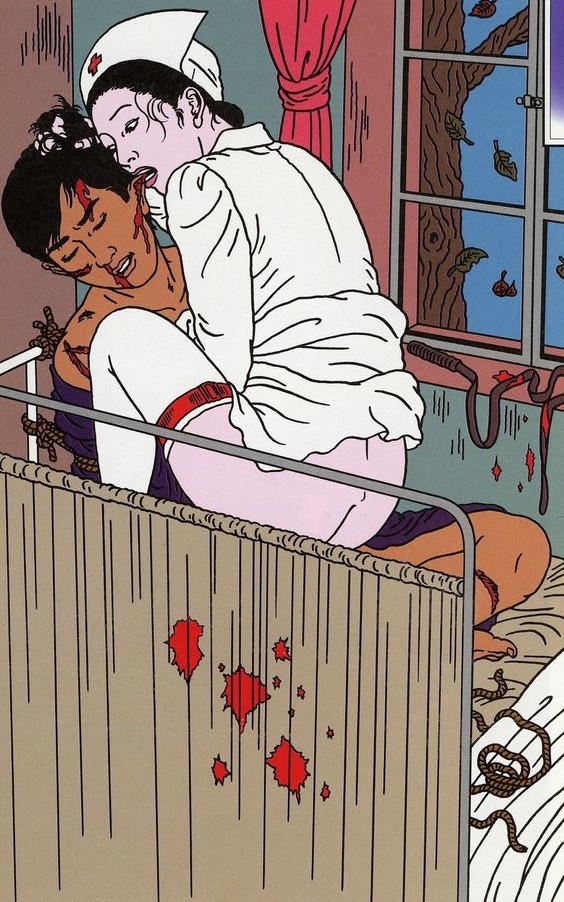 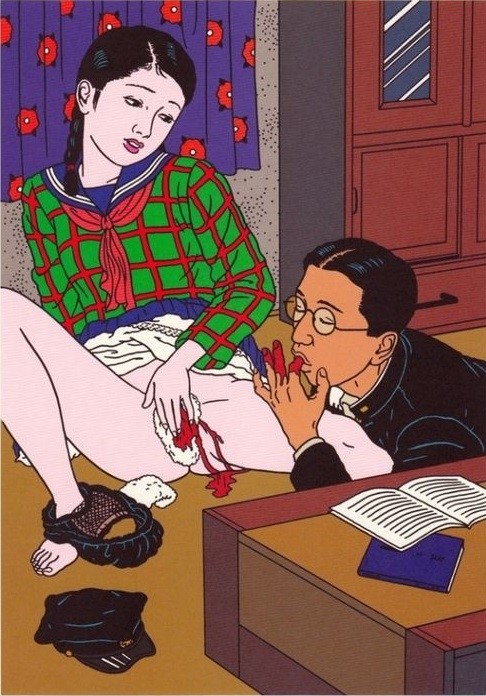 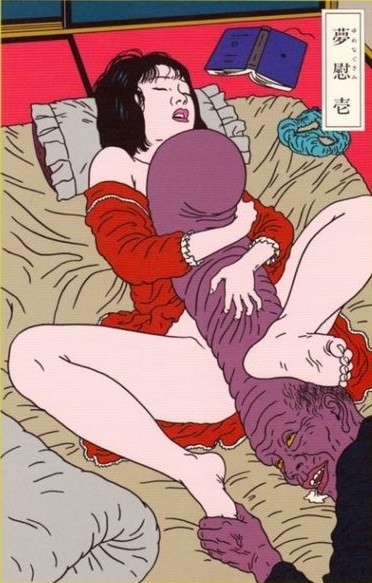 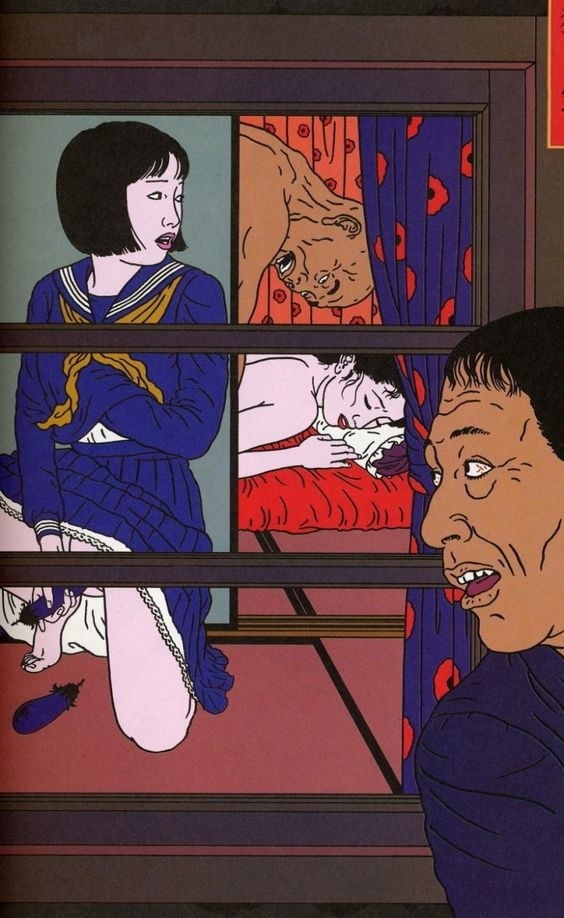 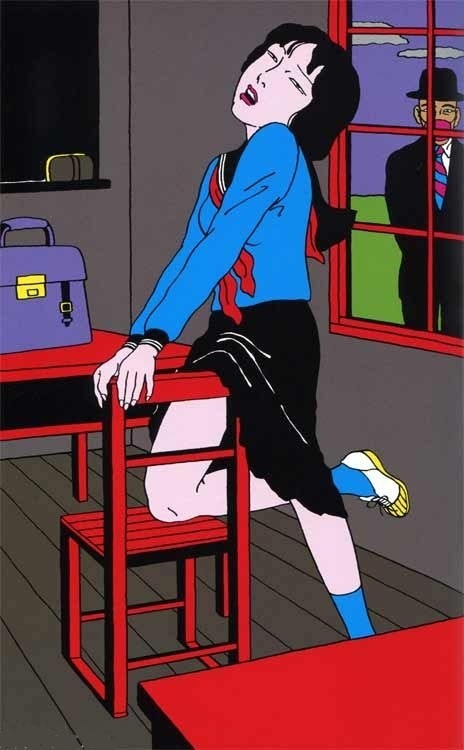 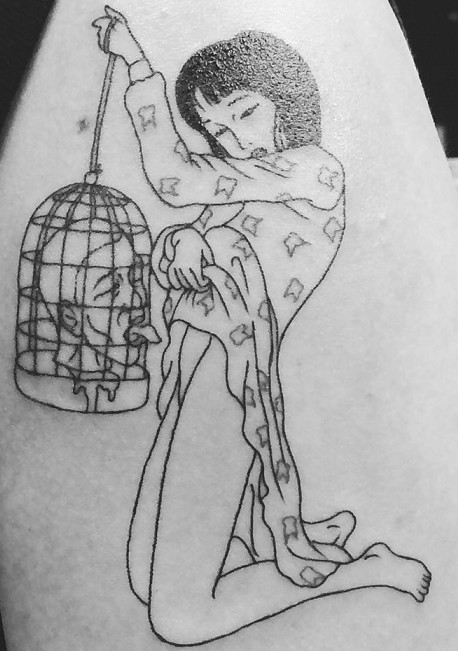 Update 16-1-2020: This week it was announced that on November 21, 2019 the brilliant artist Toshio Saeki died at the age of 74.  His discerning imagination will be surely missed!

Let us know your thoughts on this legendary artist who inspired so many contemporaries in the comment below….!!

Thanks for introducing me to Toshio Saeki's work. It was very fresh. I liked several of your examples especially the image of the very wise young women in the red dress who was turning the tables on the green monsters slithering toward her by cutting off the end of their tails. There were several other images that illustrated the seemingly innocent females were actually winning the sex battles. I also like the invisible man scene but for entirely different reasons.

You're welcome James. I am pleased you enjoy his art just as much as I do. I like your interpretations. Ambiguity is an indication of great art. The invisible man is also one of my favorites (big fan of the 1933 movie too!). At short notice I will include an article on another Asian artist whose art is influenced by Toshio Saeki. Thanks Marijn