The Faceless Ballet Dancer and the Averted Nudes of Joop Moesman

The painting October (Fig.1) from 1965 by Joop Moesman (1909-1988) is almost a repetition from Little Angel (Fig.2) from 1932. In the foreground Moesman painted instead of a painting hand, a faceless ballet dancer, taken from a photograph of the performance of the ballet in Shakespeare’s drama ‘Pericles‘, an image he chanced upon in The Illustrated London News (Fig.1c). 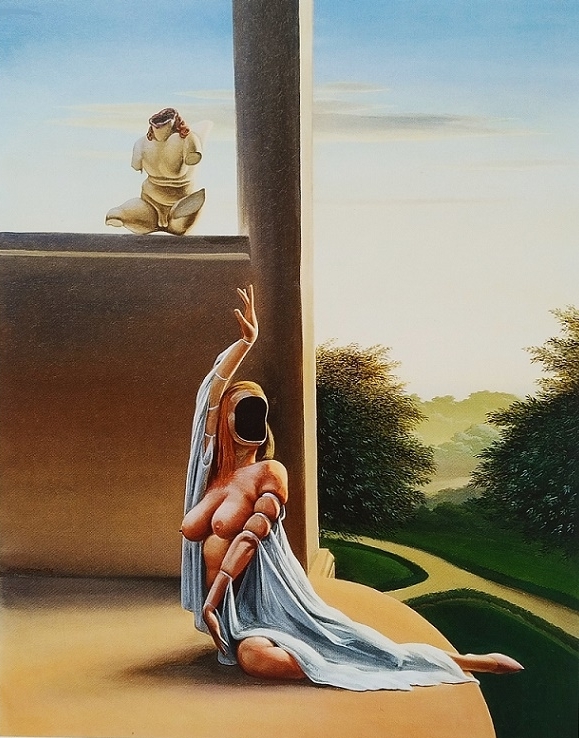 The naked female body with the averted face, a motif that goes back to the drawings from the twenties and thirties, remained current in some of his paintings in the 1970s, like In Afwachting (Pending – Fig.3) and Noodingang (Emergancy Entrance – Fig.4). There are three female figures on both paintings, seen from the back, with accessories such as shoes, jewelry, textiles and the like. 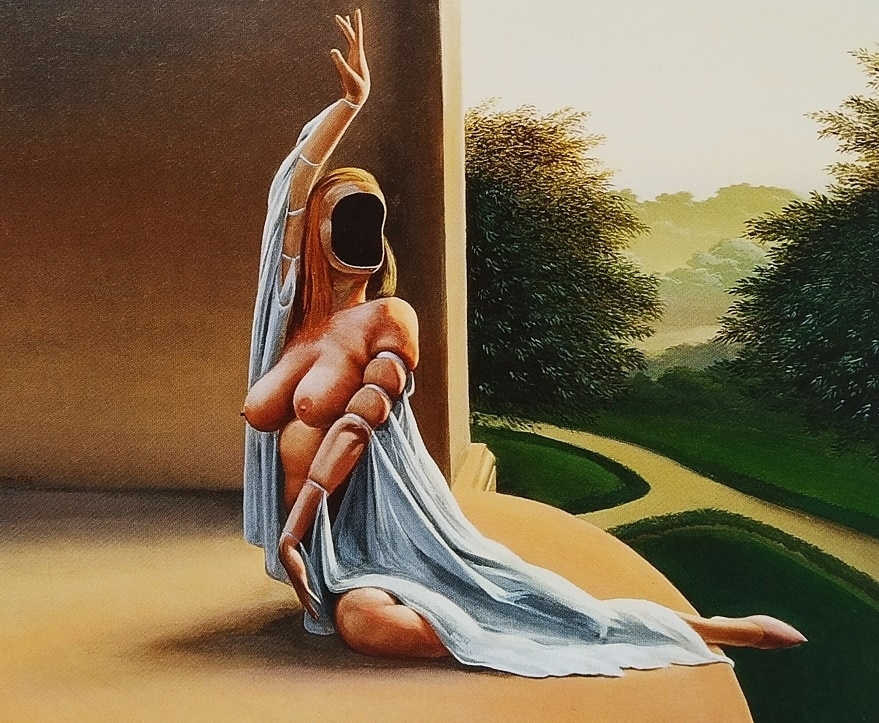 Moesman first drew the door, which is regarded as an object, with charcoal. On the top panel, a blond, brown, and black-haired woman are painted with averted faces in a room with geometric figures (Fig.4a). He originally planned to paint a female pelvis (that he had received from the cutting room of an anatomical laboratory) seen from below on the bottom panel. During the usual long period of creation, however, he changed his plan and painted standing under the pelvis, a revolver with smoking barrels in front of it and a tuft of pubic hair on the butt (Fig.4b). 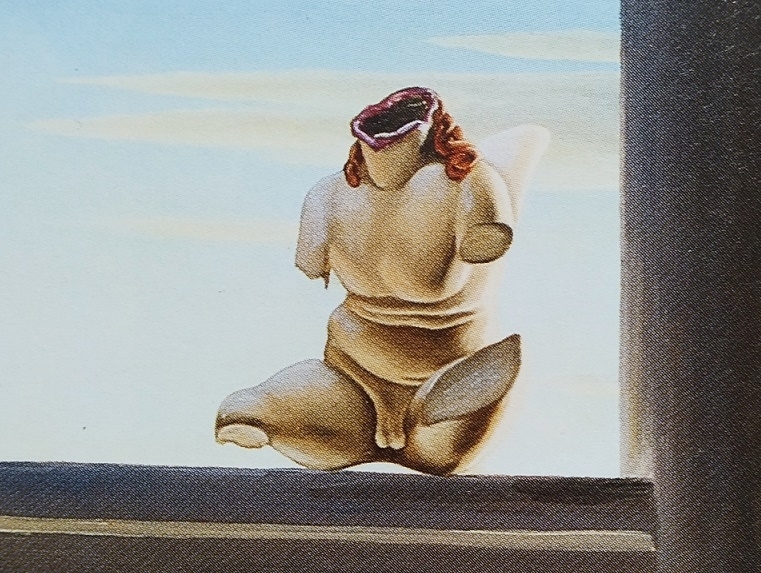 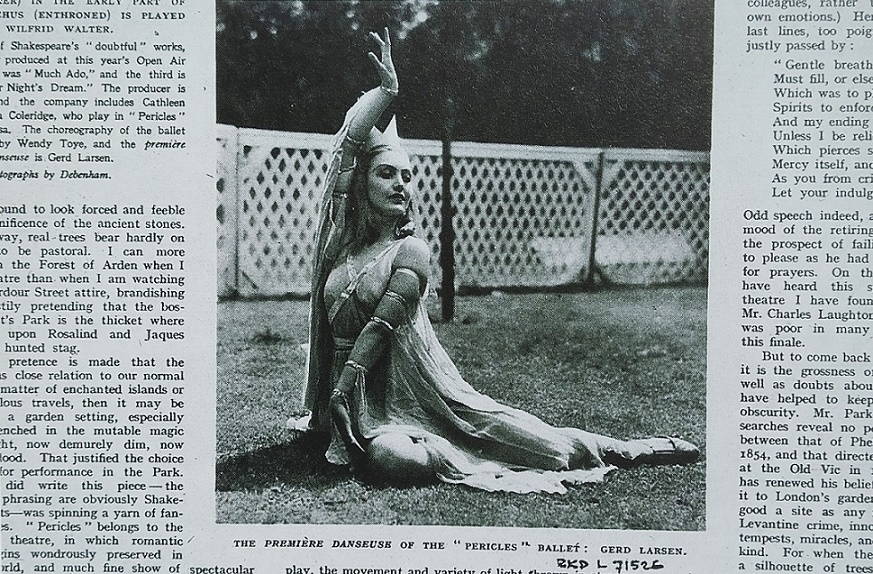 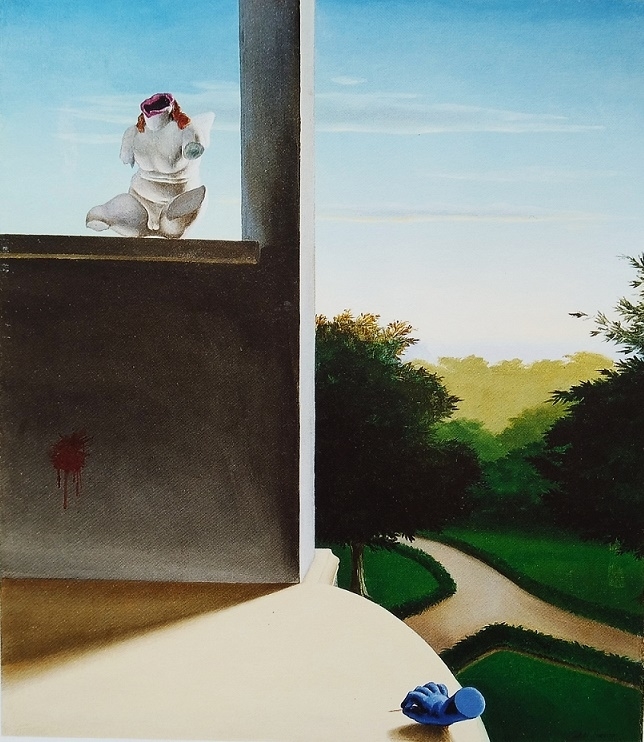 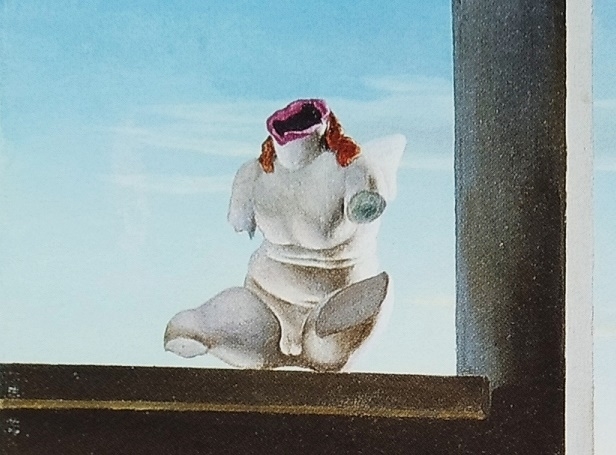 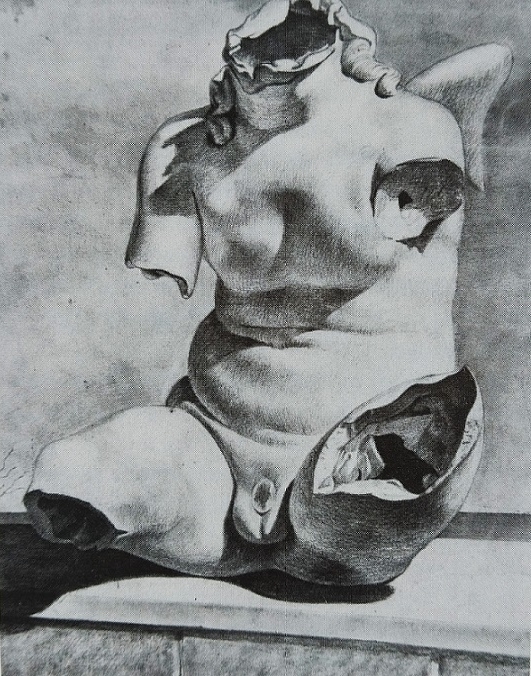 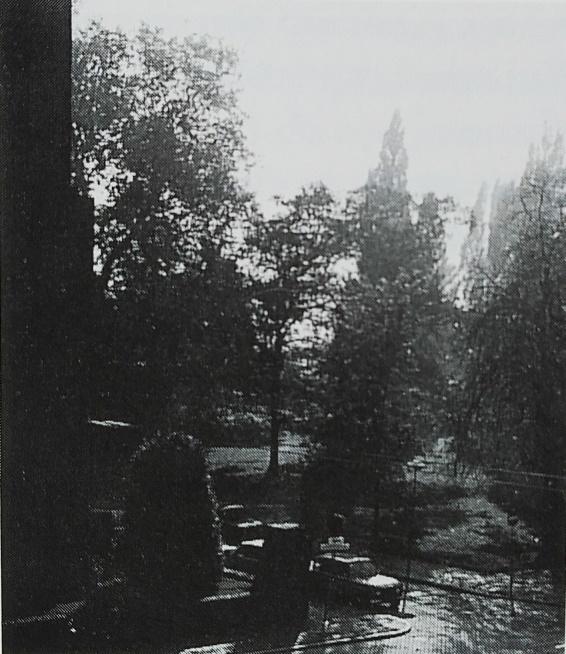 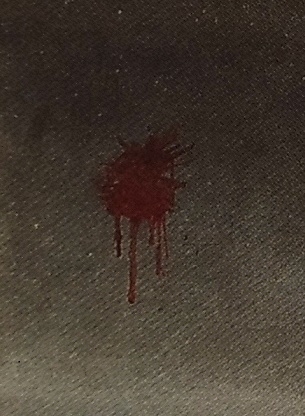 Fig.2e. Detail of the bloodstain in Little Angel 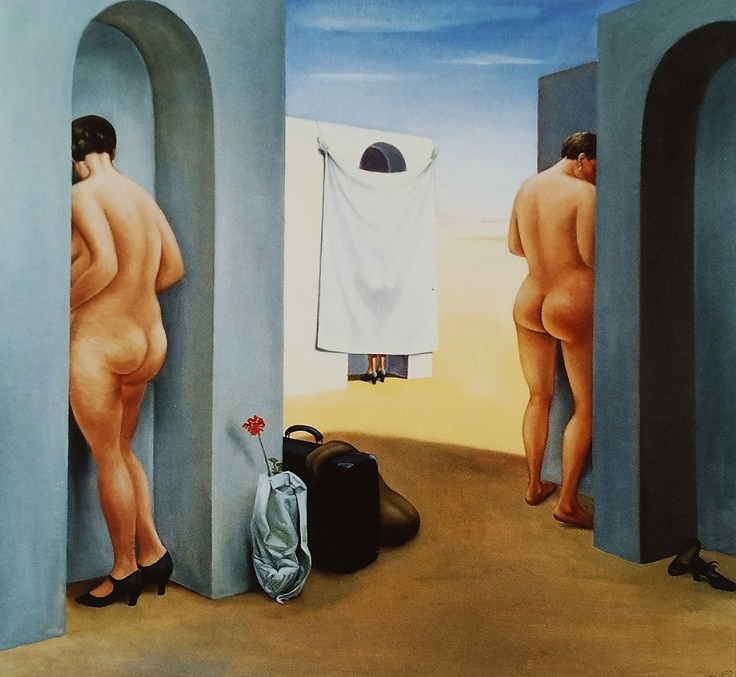 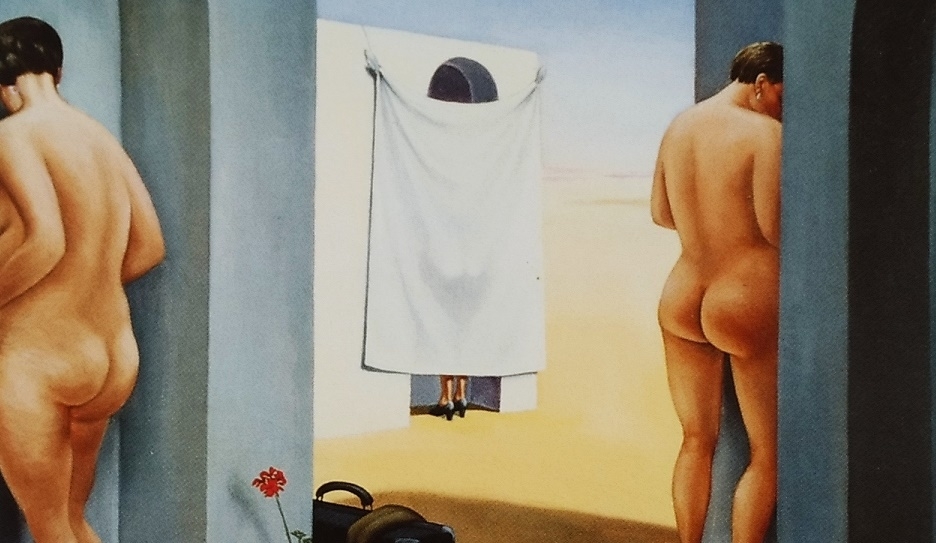 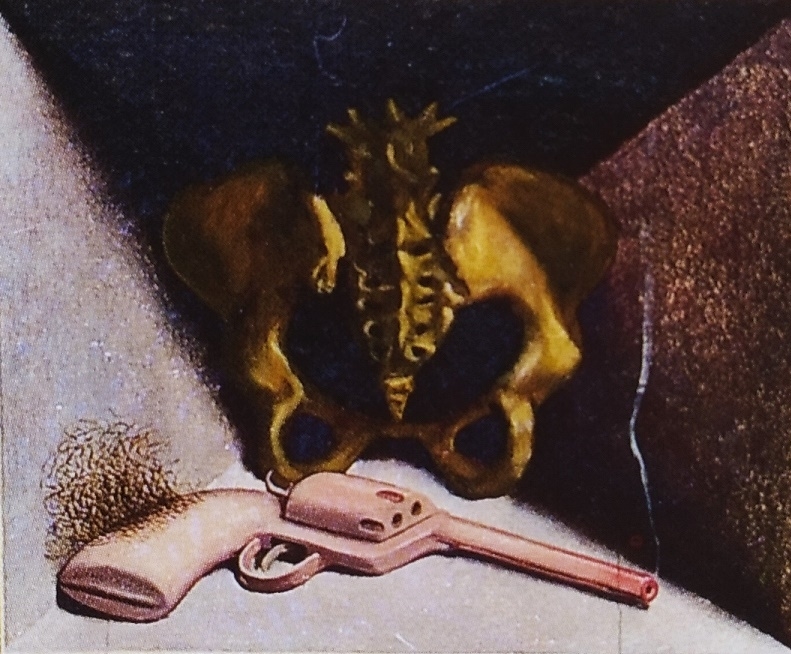 ‘Vooruitzicht (Look-Out)‘ (1973 – Fig.5) started with a photo of a lying female nude seen from the back (Fig.5a). In a composition sketch she is placed with her head slightly turned away on an overhanging rock in a wide landscape (Fig.5b). An echo of the figure can be found everywhere in the landscape: in the mountains and the clouds, and also the skeleton below on the bank of the canal is in the same position as the nude in boots (Fig.5d.). ‘Look-Out‘ shows the real shadow of the painter’s physical profile, which falls on the canvas due to an imaginary light from outside. The shadows of invisible persons give Moesman’s work an atmospheric suspense. The effect in ‘Look-Out‘ is further enhanced by the fact that the chain to which the model is tied leads to this shadow.

During this time, Moesman noted in an interview that he was still fascinated by the fact that every thing drags along its own shadow: ‘I am obsessed with that, you can’t get rid of that shadow.’ 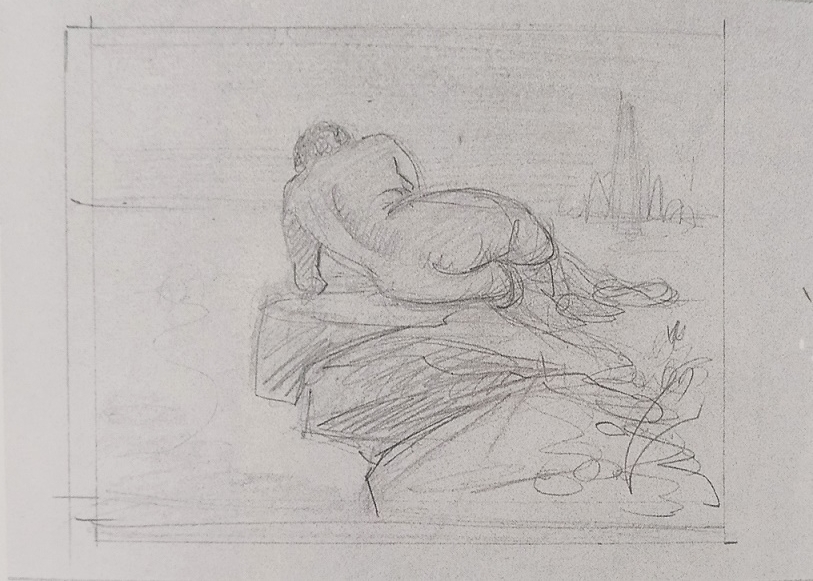 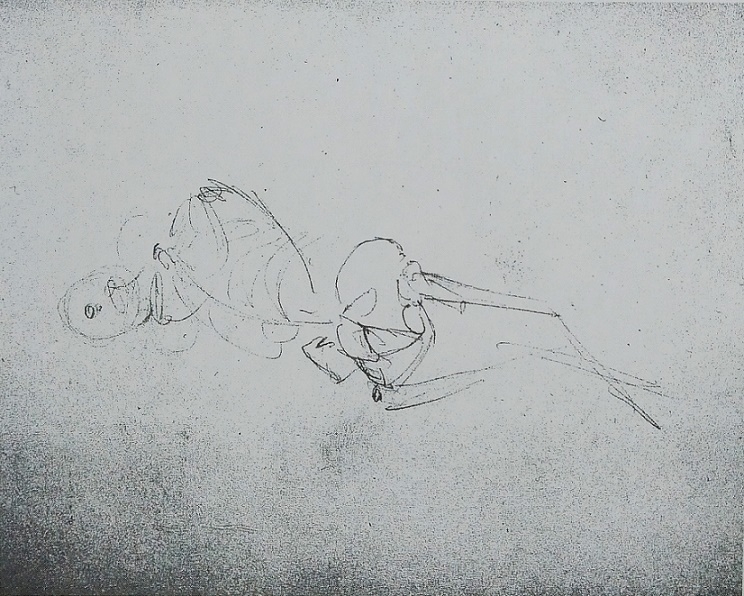 Click HERE for our earlier article on the sadomasochism in another painting by Moesman….!!