Namio Harukawa (1947-2020) was a leading SM illustrator whose work is completely devoted to the power of the female bottom (in Japanese oshiri). His world is inhabited by intensified stereotypes, intimidating women armed with voluminous asses with which they degrade their small, scrawny bald-headed male slaves.

When I first saw his work, I immediately thought of Robert Crumb’s drawings. Although the work of the latter is more varied and sometimes even the reverse, that is to say “violently misogynistic”, they both unapologetically display their unorthodox ass fetish.

Namio’s busty ladies love to humiliate their male victims and his drawings explore the brutal pleasures found beneath their stunning endowment. In his book Garden of Domina: An Illustrated Story published in 2012, Namio (responsible for both the text and the illustrations) tells the tale of the ruthless master Ohara Kana.

She is a cosmetics company president who loves to abuse men with her immense rump, and creates a Garden of Paradise where she, her lusty companions and slaves can indulge in their ass fantasies.

Although the theme does not appeal to me personally, I can appreciate his art. Anyway, I have added some nice examples of Namio’s work below so that you can judge for yourself, and please do not hesitate to give your opinion in the comment box below… 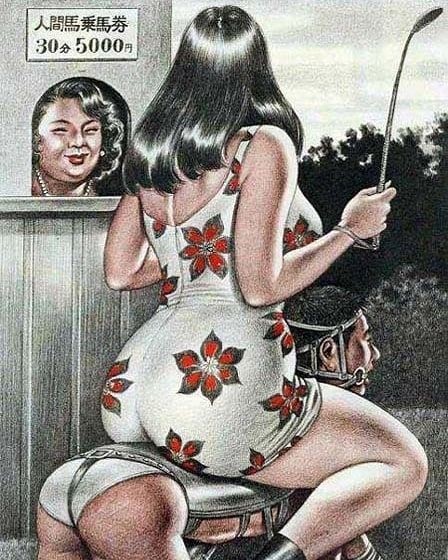 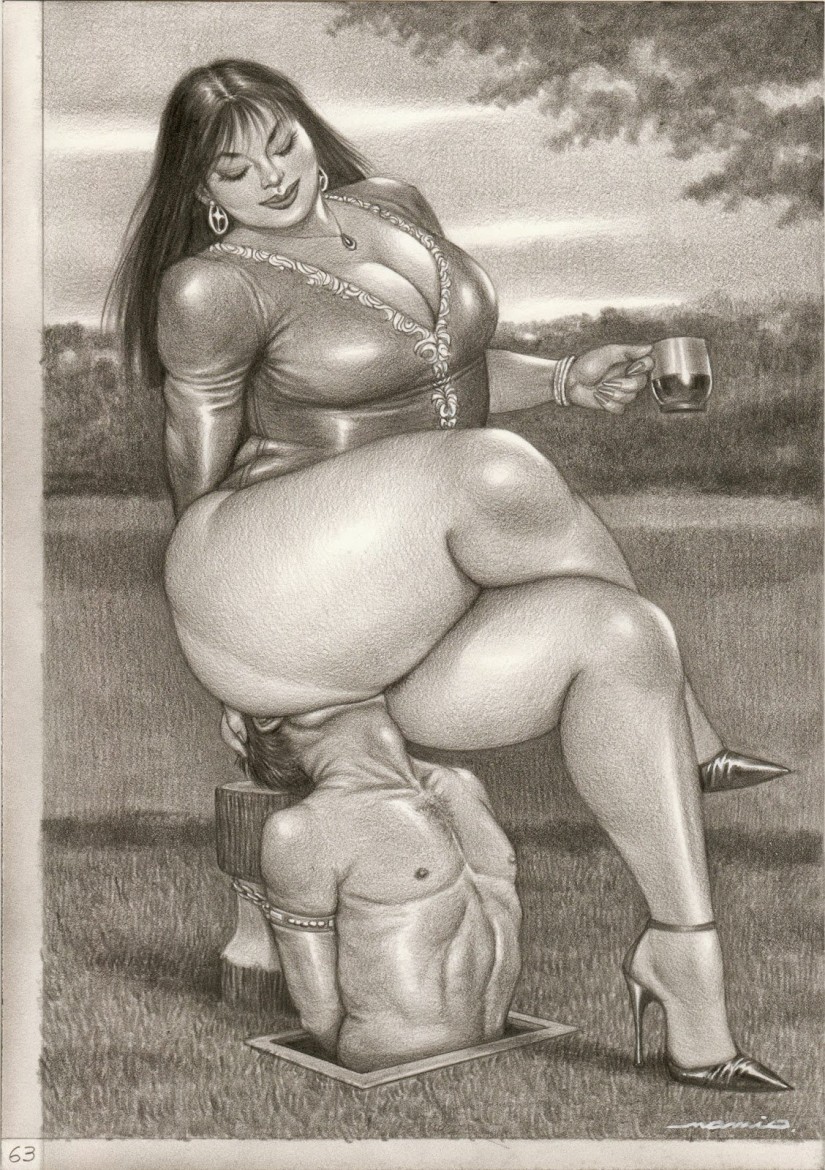 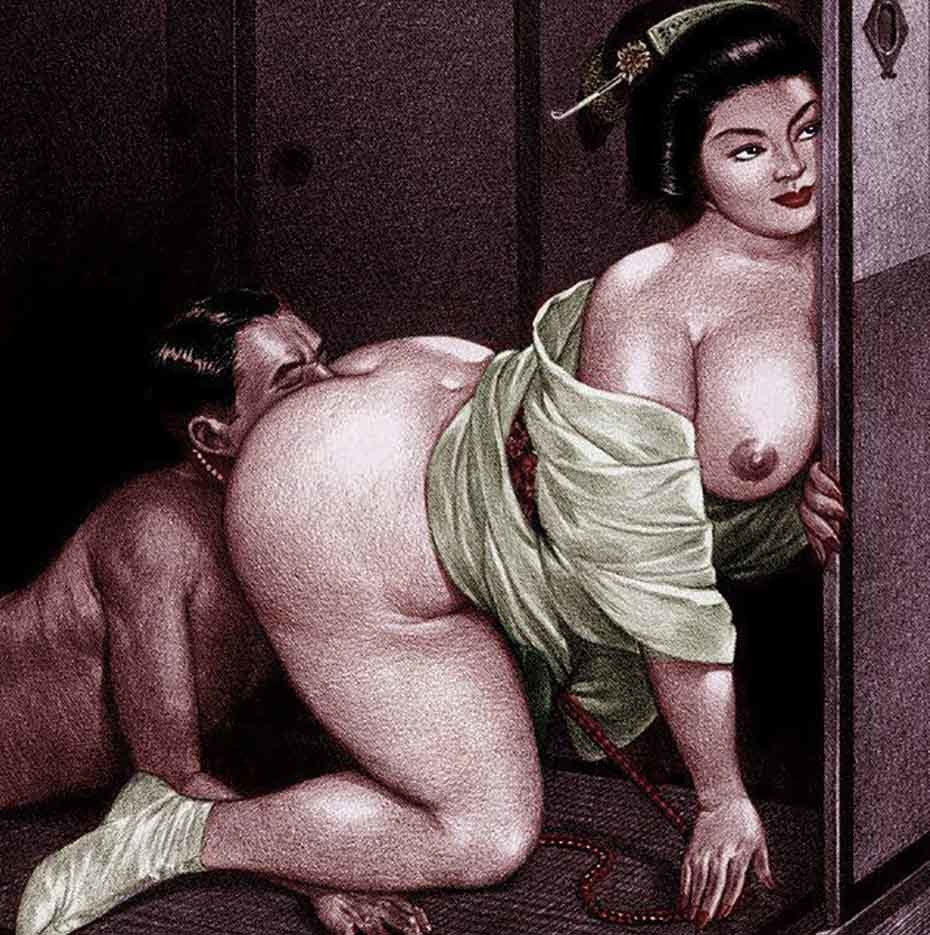 From the virtual exhibition called ‘Ecstasy Under Her‘ (Image by ggfemdom.net)

‘From the virtual exhibition called ‘Ecstasy Under Her‘ (Image by ggfemdom.net) ‘ 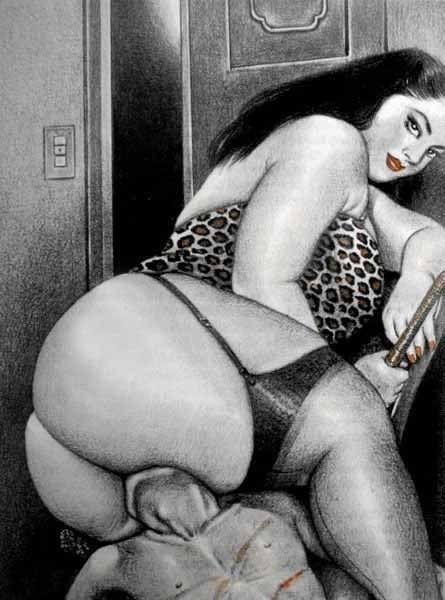 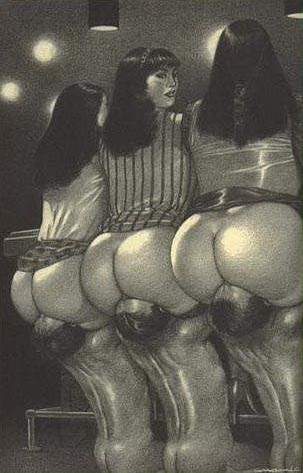 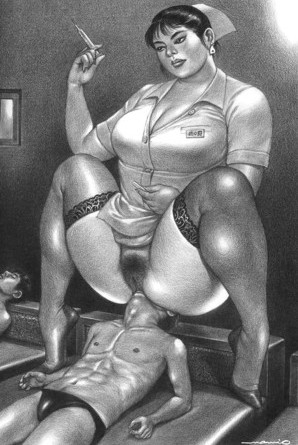 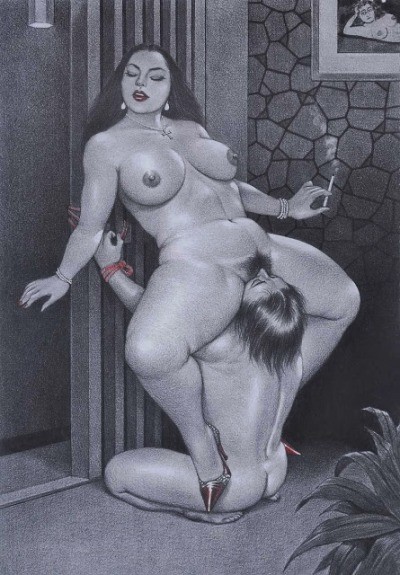 What do you think about Harukawa’s “face-sitting” art? Leave your thoughts in the comment box below…!

About the author
Marijn
Website
Others also read these

However the act has no appeal to me ,I can appreciate the Domina as she is pictured..Really comical.

Thanks Peter, I completely agree!

Powerful, artistic, and on another level scary and far too edgy for my tastes or sensibility. But, there is also something comic and absurd about the drawings as well as men getting their comeuppance.

Thanks Carmelo. I agree, It is also the bizarre humor that appeals to me the most! It's fascinating that this "butt-fetish" gave Harukawa incessant inspiration.

Did you get a copy of our eBook already?