Robert Crumb (b. 1943) is a prominent representative of the underground comix movement of the 1960s. The imaginary woman of Crumb is a mix of amazon and cliched province girl with massive legs, buttocks, and breasts, which Marijn mentioned speaking of Namio Harukawa's works. In some pictures, Crumb's wife Aline, also a comics artist, was a model for this funny beast. Over decades, Crumb evolved from an underground figure to the creator of a comic version of the Book of Genesis in 2009. 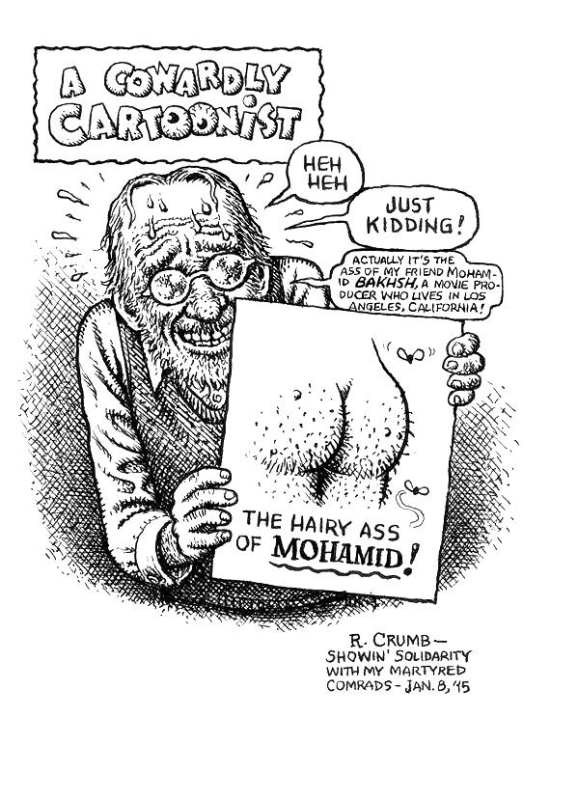 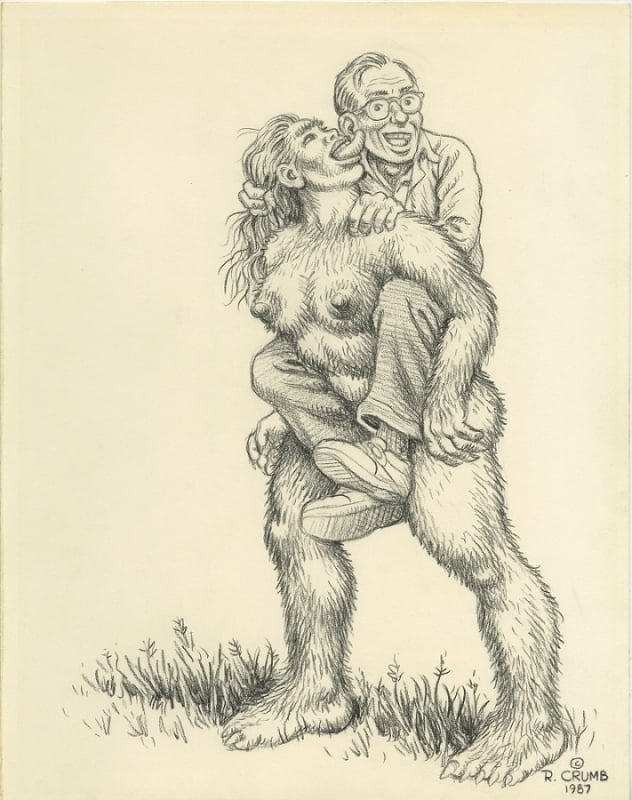 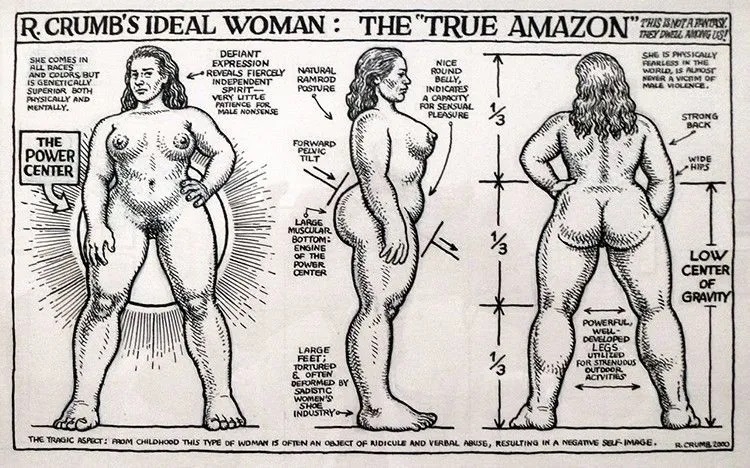 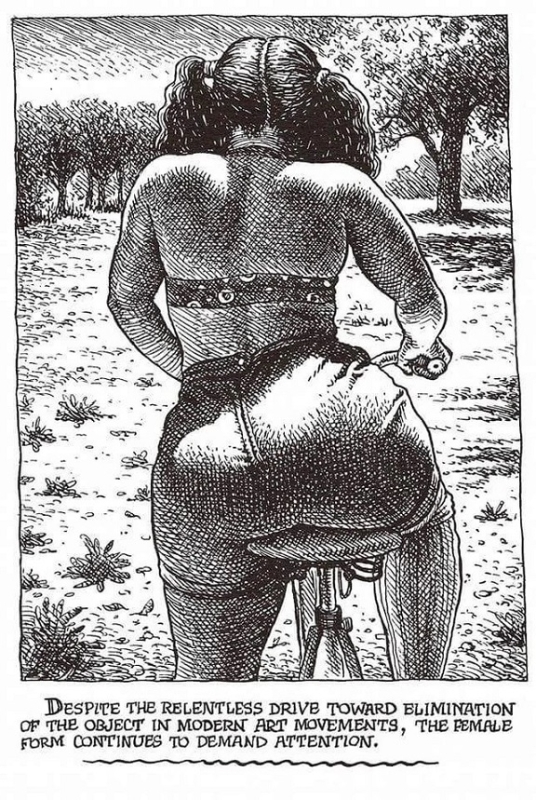 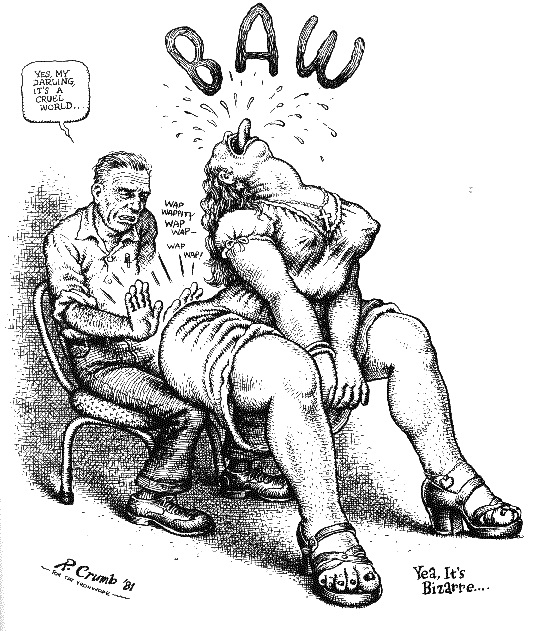 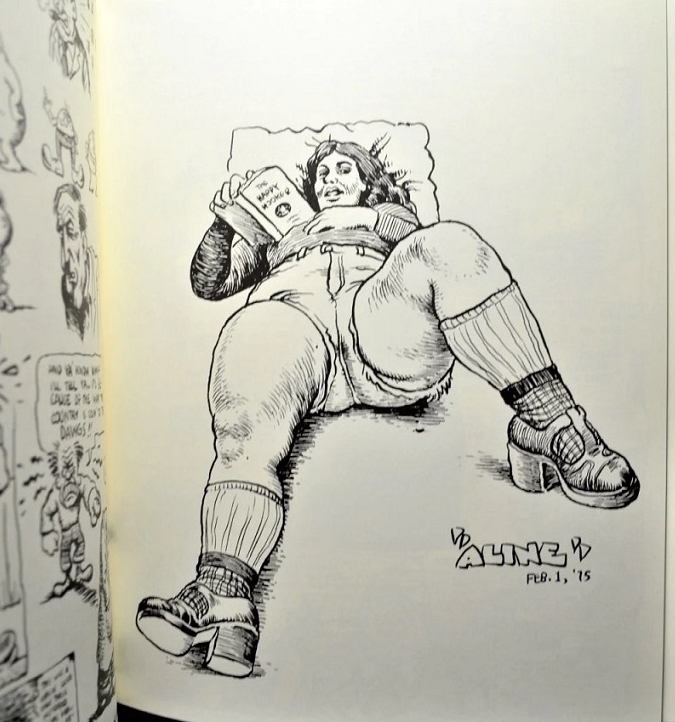 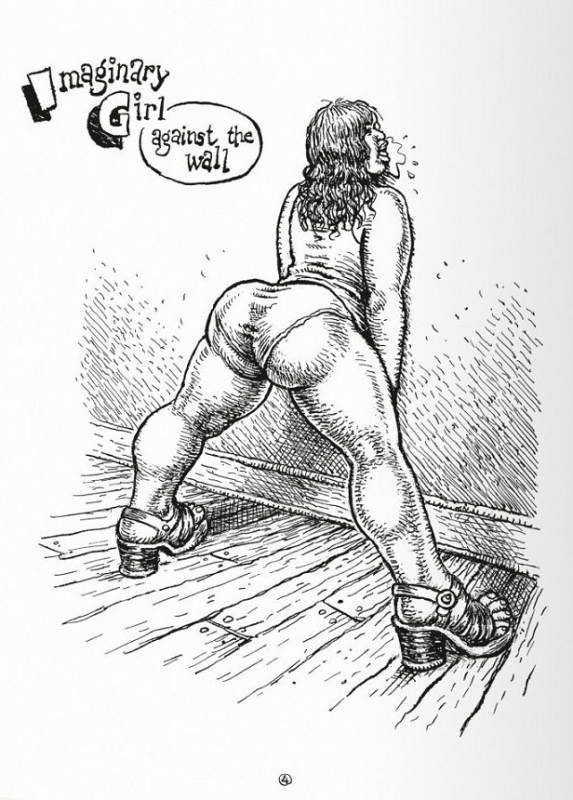 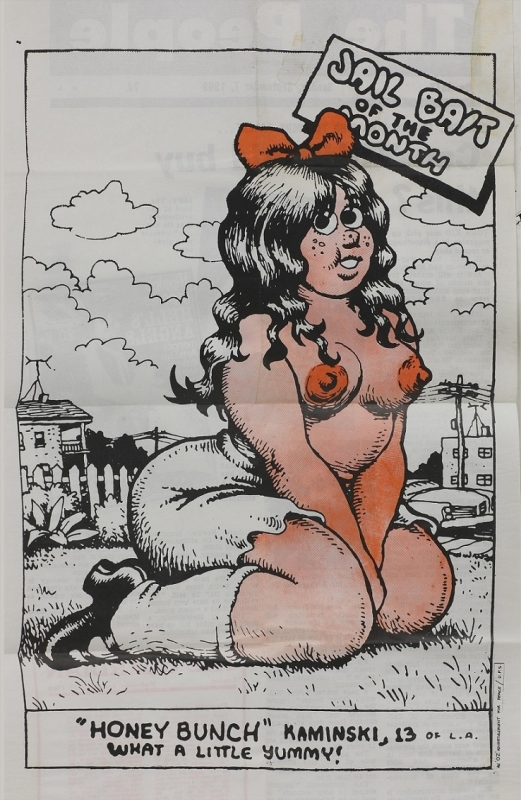 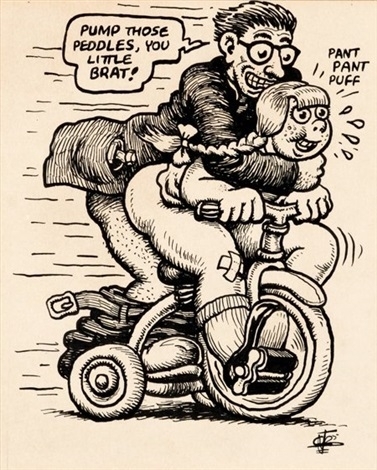 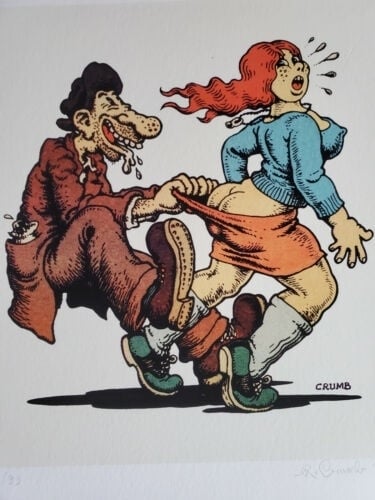 In A Cuter Style

Robert Crumb was the third kid of five in a family of English and Scottish descent. His father was a combat illustrator in the United States Marine Corps. The artist's childhood wasn't idyllic as his parents often had arguments, and Beatrice, his mother, abused drugs and diet pills; as it's stated on Crumb's site, she "often behaved erratically and was probably manic depressive." Like many other artists in their early years, Robert's teachers discouraged him from drawing; however, his older brother Charles drew his own comics as well as cooperated with Robert. So Robert's competitive (or collaborative?) spirit motivated him to go on. In 1958, the brothers self-published three issues of their comic book, which they sold door-to-door. Crumb's creative experience apparently affected the choice of his first job, which was drawing novelty greeting cards for American Greetings in Cleveland. The artist's boss told him to draw in a cuter style as his images were too grotesque. 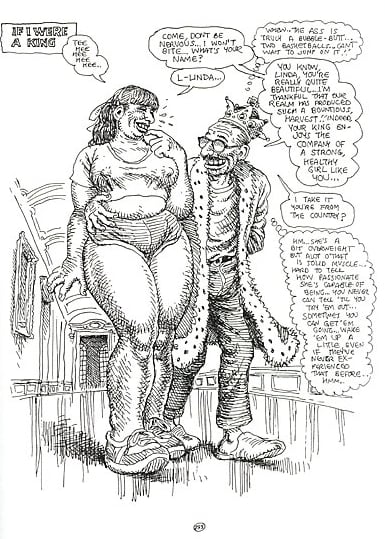 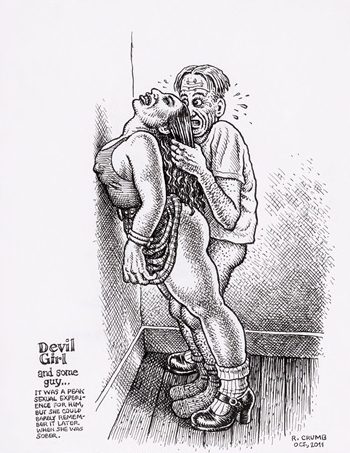 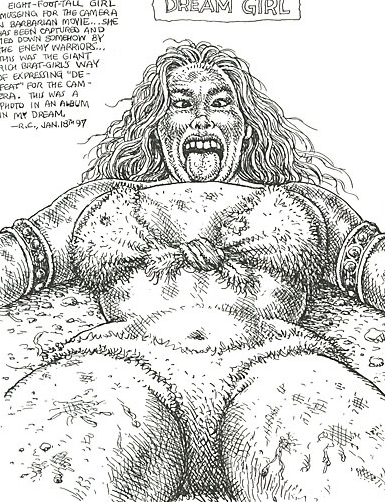 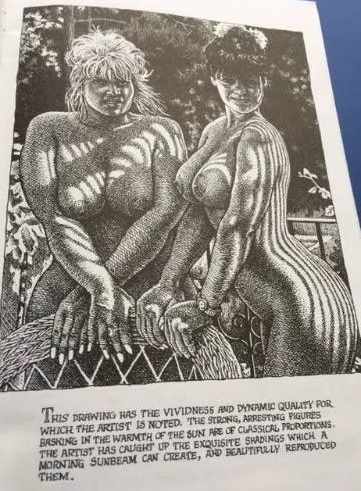 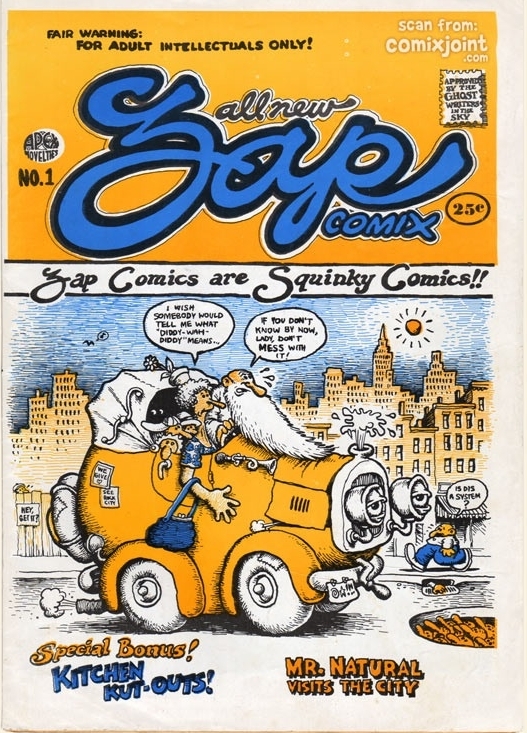 Retailer With A Baby Carriage

In 1964, Crumb married Dana Morgan, and the two tried to survive with his payments for greeting cards. The following year, the couple started taking LSD. After one bad trip, Crumb couldn't recollect himself for nearly a year, though, a number of his characters like Mr. Natural were created during the period when he used the drug. In 1967, he met two friends in the bar and, learning they were heading to San Francisco, asked if he could join them. Having arrived there, Crumb started producing LSD-inspired works for the local underground newspapers. This way, he quickly gained certain popularity and independent publisher Don Donahue offered him to create a comic book, and that's how the first two issues of Zap Comix appeared. The first retailer was Crumb's wife, who sold the first run out of a baby carriage. 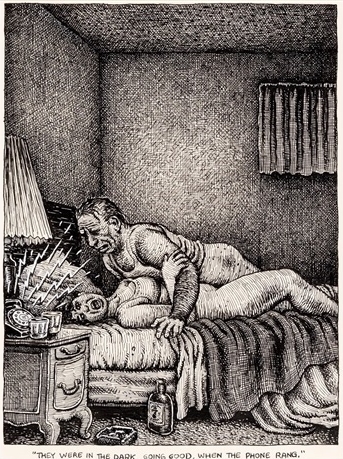 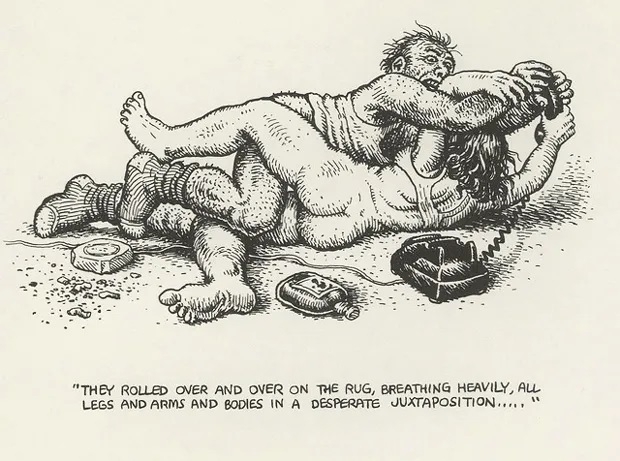 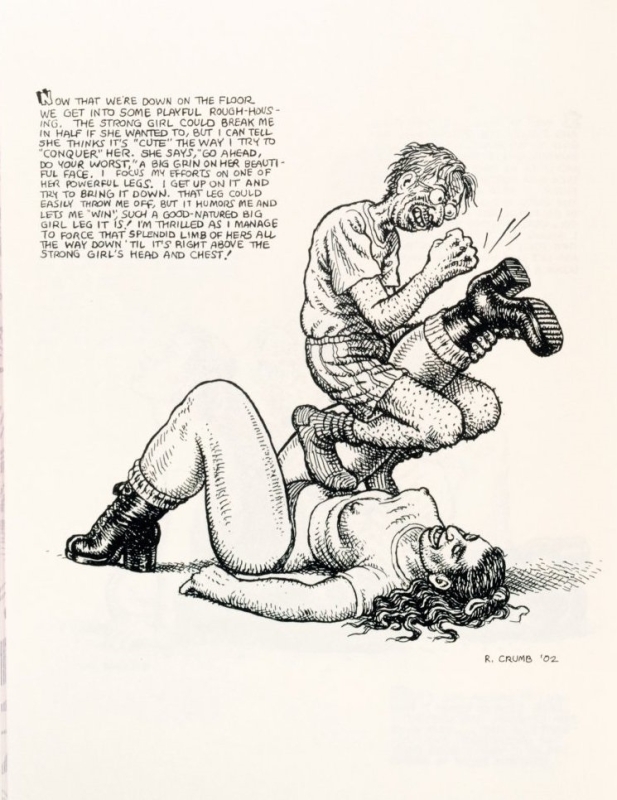 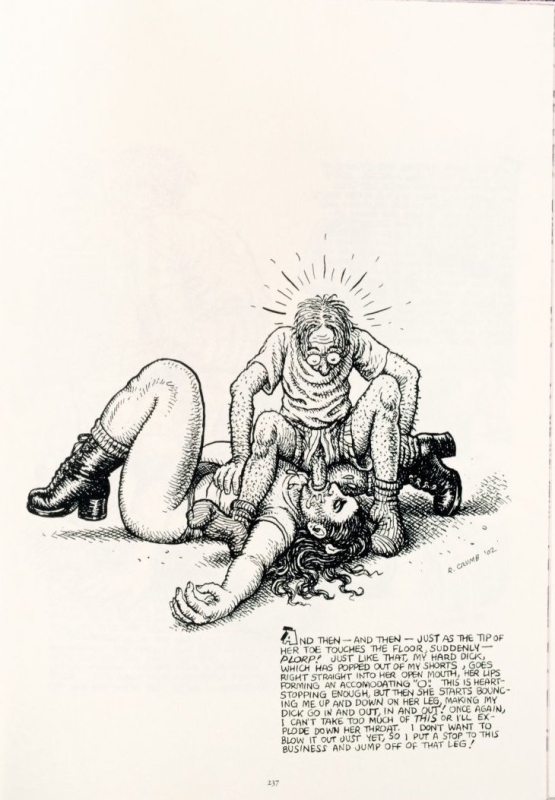 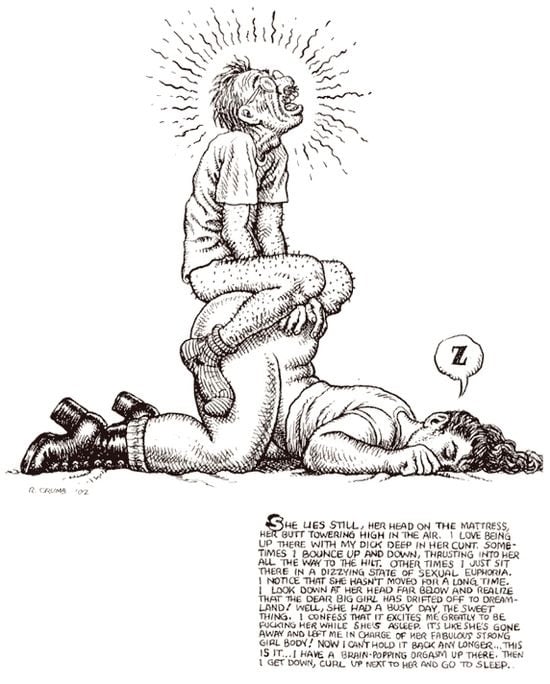 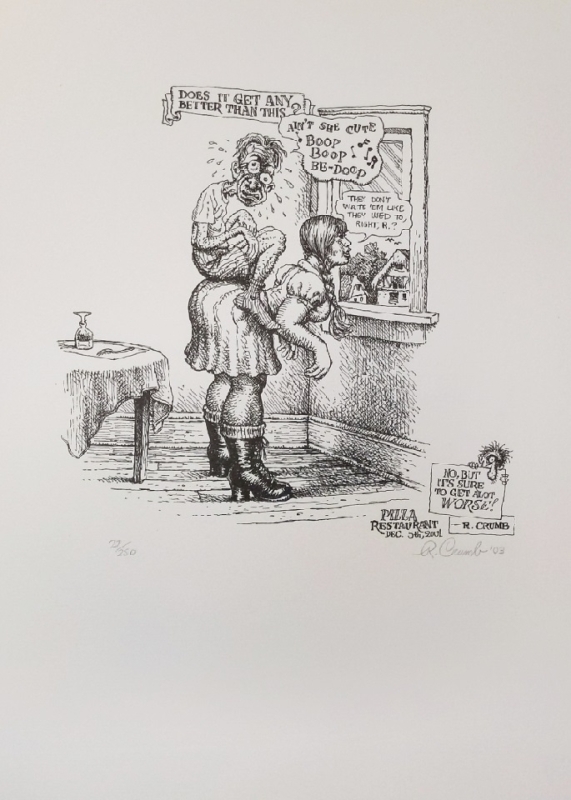 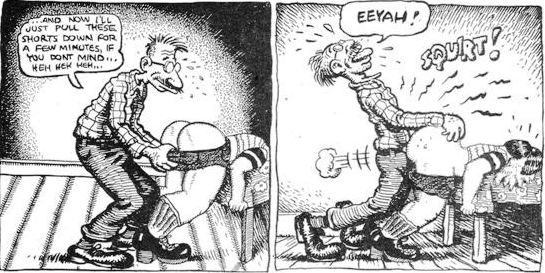 It was in the late 1960s when Crumb eventually gave up cartooning as "cute" entertainment and overcame the ideas of his American Greetings boss. He met cartoonist S. Clay Wilson who opposed himself to the middle-class Americans by drawing violent and grotesque comics. Influenced by Wilson's contribution to Zap, the artist embarked on producing darker and sexually explicit works for which we know him now. As you may guess, this approach resulted in ...

Continue reading in Premium and discover, among other things, how Crumb became a prolific scapegoat, the secrets behind his massive, curved, and hairy female figures, his controversial telephone interview for the Sydney Morning Herald, how an exhibition in 2016 gave the artist a deserved recognition and of course much more examples of his subversive comic book art.

What do you think about the provocative art of Robert Crumb? Leave your reaction in the comment box below...!!