The Passionate Violence in the Bondage Art of Maeda Juan

Born in Hokkaido in 1939, the Japanese Maeda Juan (is pronounced "Joo-ahn) is the prototypical magazine illustrator as fine artist. After dropping out of high school in 1957, Maeda started his art career as a novice to the renowned Gekiga (a style of Japanese comics aimed at adult audiences and marked by a more cinematic art style) artist Oka Tomohiko in 1957. With the explosive output of SM magazines in the early 1970s, Maeda began regularly contributing to many of them and soon became much sought after. 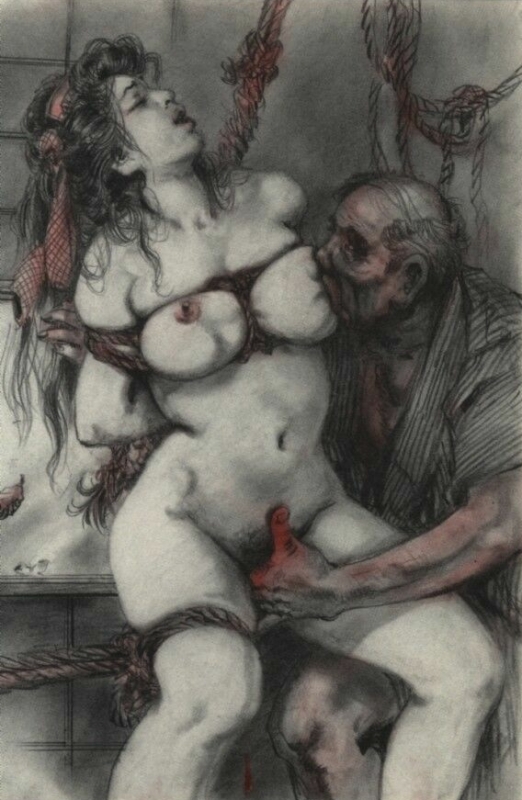 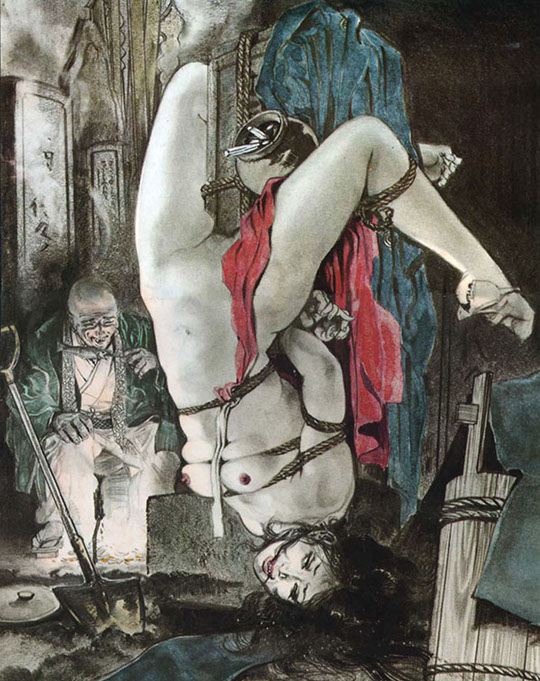 Hidden in a Corner

Another quality that distinguishes him from all other bondage illustrators is his propensity for doing magnificent and detailed landscapes in each of the four seasons where the viewer has to search for the kinbaku scene somewhere hidden in a corner of the frame (Fig.3). In this he follows in the footsteps of the classical ukiyo-e artist Utagawa Hiroshige (1797-1858), where the Japanese landscape and the beauty of the four seasons is celebrated. 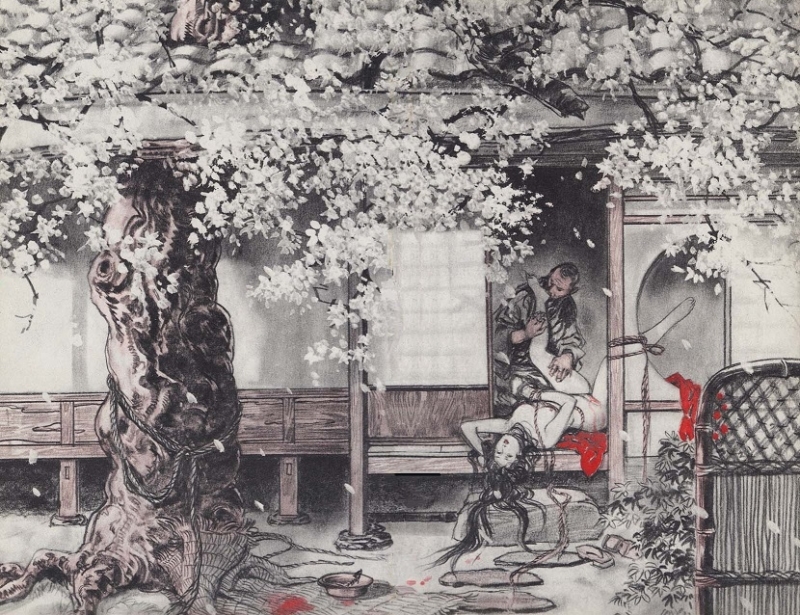 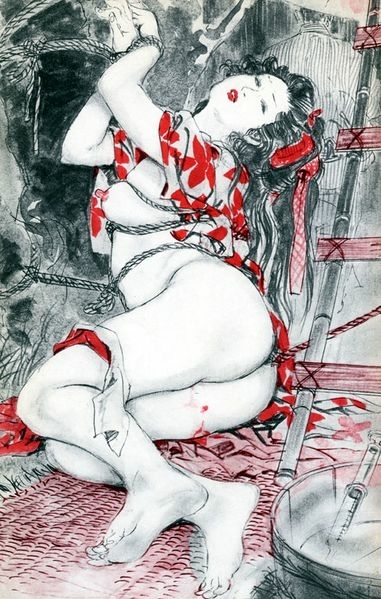 With the downfall of the majority of SM magazines, Juan Maeda was more fortunate than many of his colleagues in that he's been able to earn a living and exercise his great talents by producing illustrations for mainstream magazines and even sport periodicals. 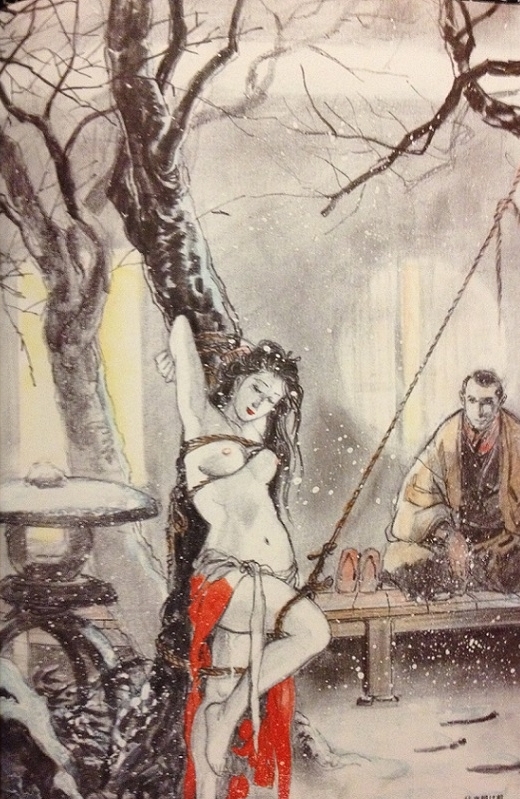 He has also had his SM art included in two nicely done SM art compilation books released by MYWAY MOOK in 2008 and 2011 subsequently and in 2000 a wonderful volume of only his art entitled 'Juan Maeda Art Works'. 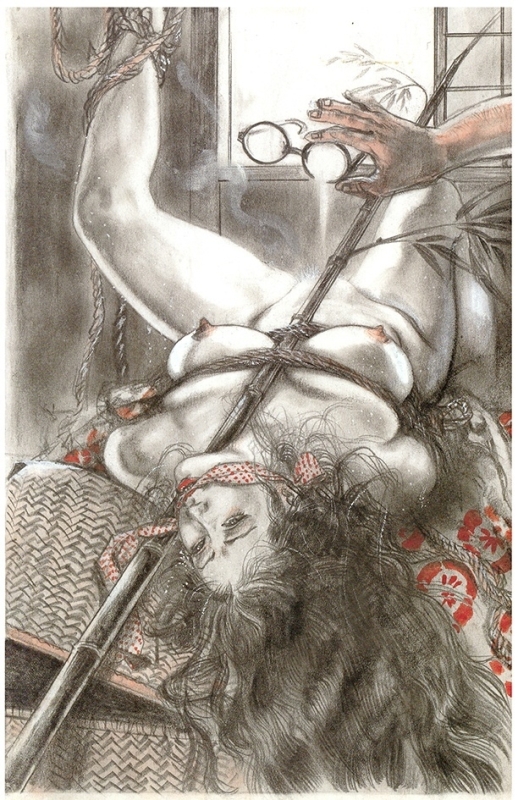 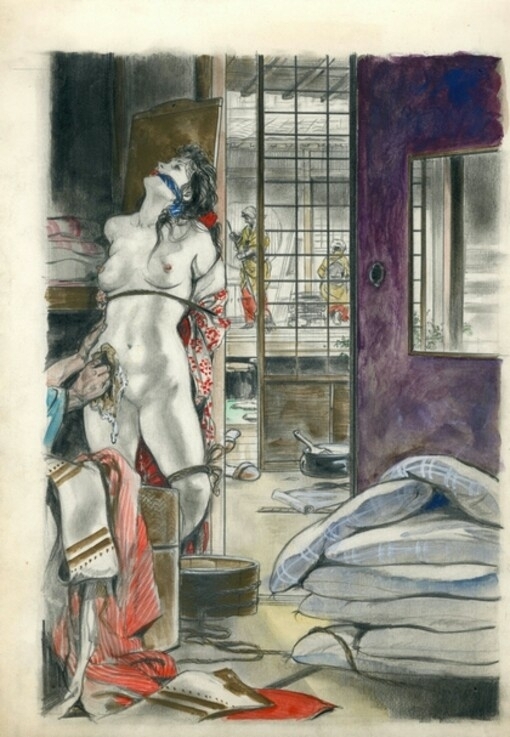 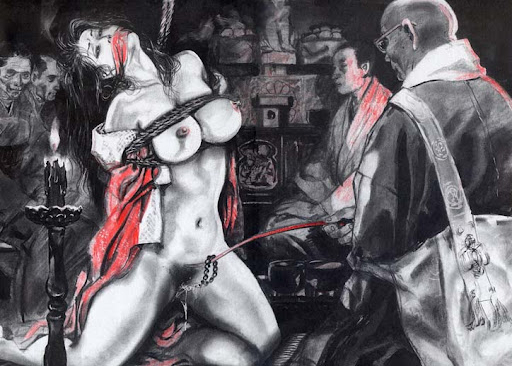 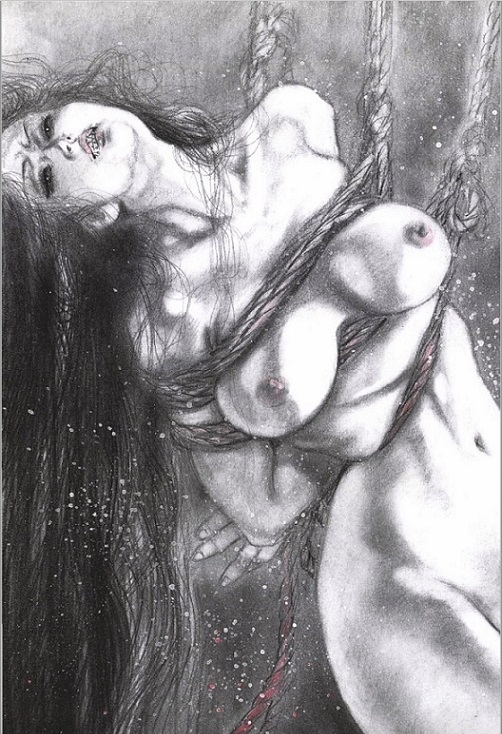 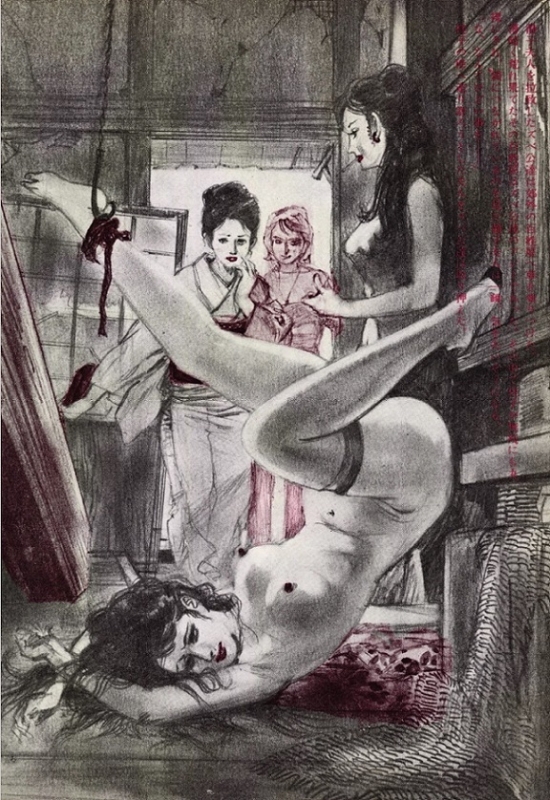 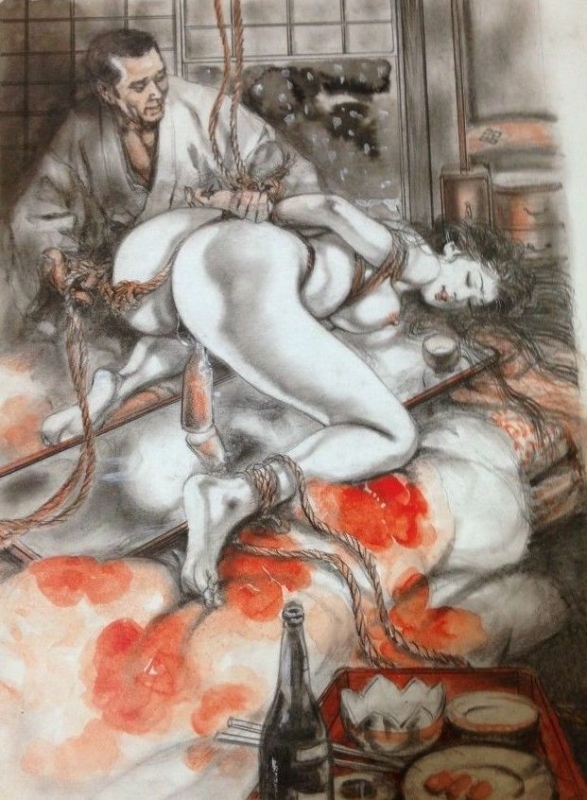 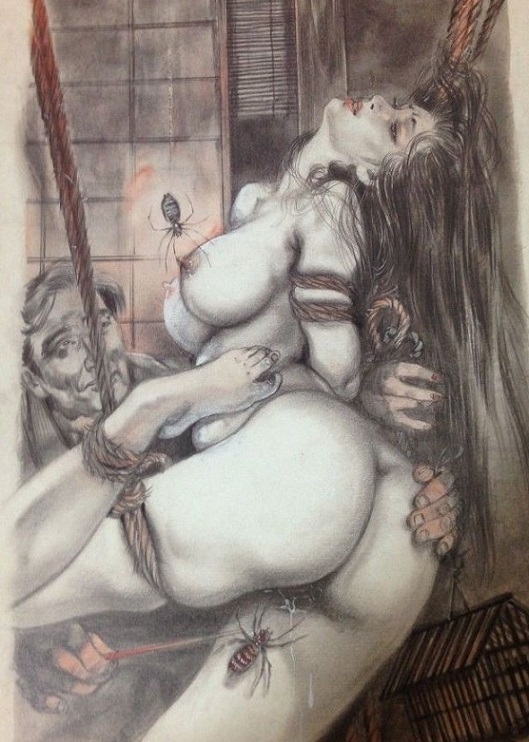 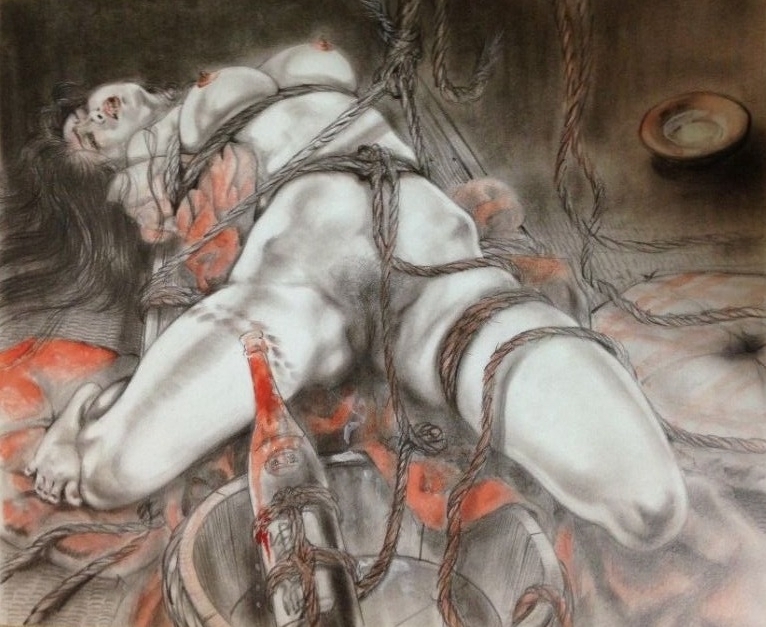 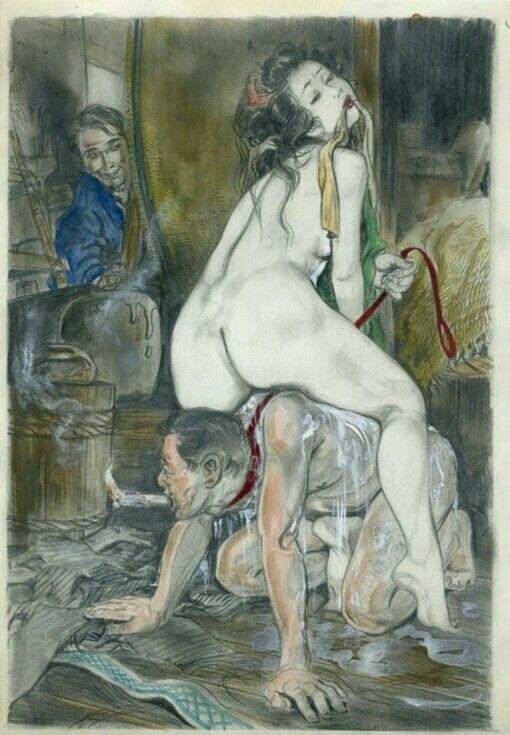 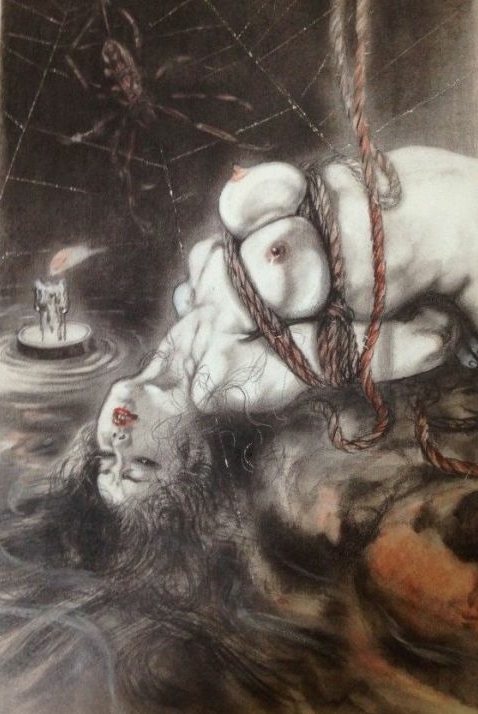 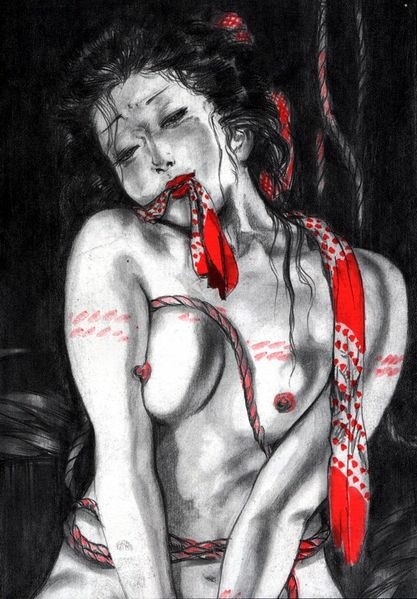 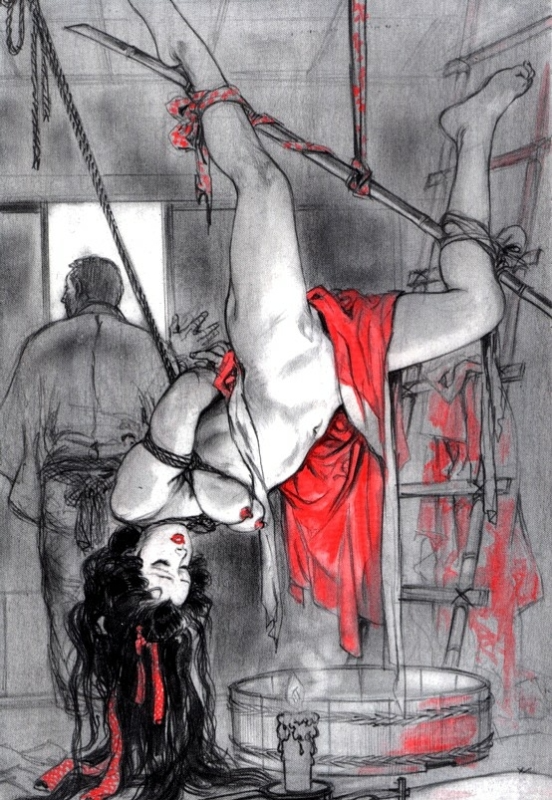 Sources: The Beauty of Kinbaku by Master "K", CultNation.com, Nawapedia.com,

What do you think about the bondage art of Maeda Juan? Leave your reaction in the comment box below...!!