The Sadomasochism in 'Evening Hour' by the Dutch Surrealist Joop Moesman

The Dutch self-taught artist Joop Moesman (1909-1988) was a draftsman for the Dutch Railways, surrealist painter, cultural critic and calligrapher. He also designed the Petronius typeface. Moesman became fascinated with surrealism when he discovered a French magazine displaying images of surrealist paintings.

Feelings for women play a leading role in his painterly work. His mother was suffering from melancholy and suicidal, which forced her to be admitted to psychiatric clinics several times. It is evident that she contributed greatly to the shaping of his image of women. These feelings can be called ambivalent, a love-hate relationship that has been translated into many masochistic images.

In 1960, Moesman asked his surrealist friend Her de Vries to bring almost the entire oeuvre of the father of sadism, Marquis De Sade (1740-1814), that had not yet been translated in Dutch in the early sixties. In this period he made calligraphers under the motto ‘Speak frankly about De Sade, but don’t abuse his name.’

He stated to the journalist Bibeb in 1966, ‘I am never cruel to animals, but I would love to torture a beautiful woman, a beautiful woman who loves it. I will not hang an old maid by her hind legs. But a beautiful girl. Yes. It’s not sadism to kick a defenseless old man. But I sometimes think, I would like to beat him up. Not some maid…. That’s what the NSB members (Dutch Nazis) did, who dragged the poor Jews out of their houses. No, but a nice shop assistant from behind the counter… There is no sympathy for that. But I think that in the year 2000 we will overcome the paragon of virtue again.’ 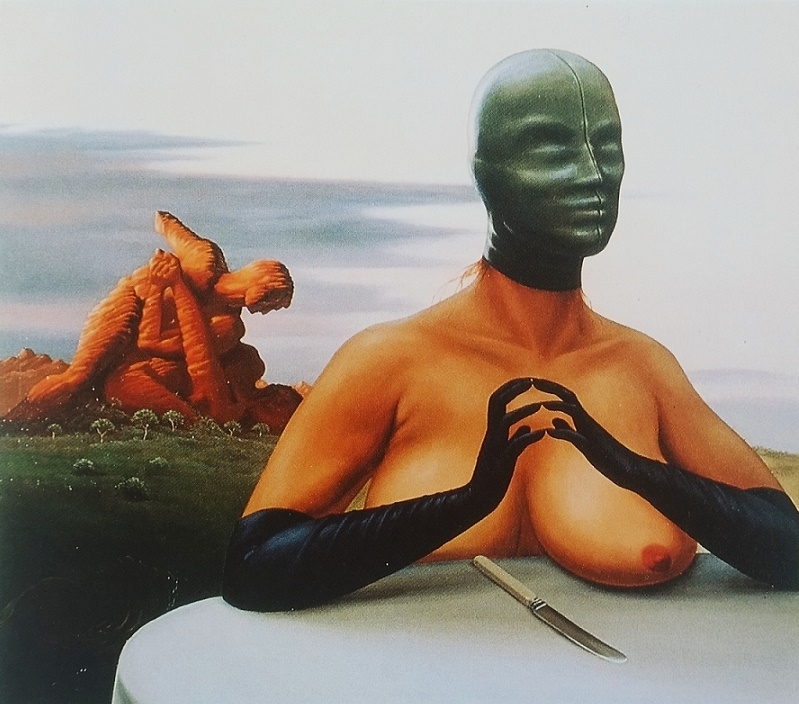 The concept of the female nude with a knife in ‘Avonduur (lit. Evening Hour)‘ (Fig. 1) from 1962 goes back to the painting ‘La Suite‘ from 1932 (Fig.2). An important impulse to ‘Avonduur‘ was given by the letter of January 10, 1961 in which André Breton regretted the fact that he had not known Moesman’s oeuvre, which he called ‘des plus fascinantes (most fascinating)’, until a few days ago. 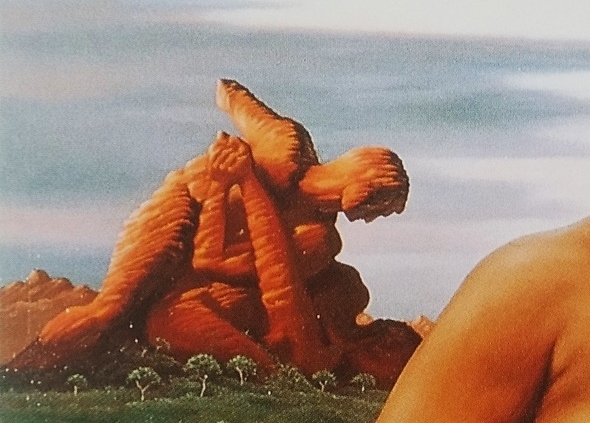 Fig.1a. Detail of the fist fighters 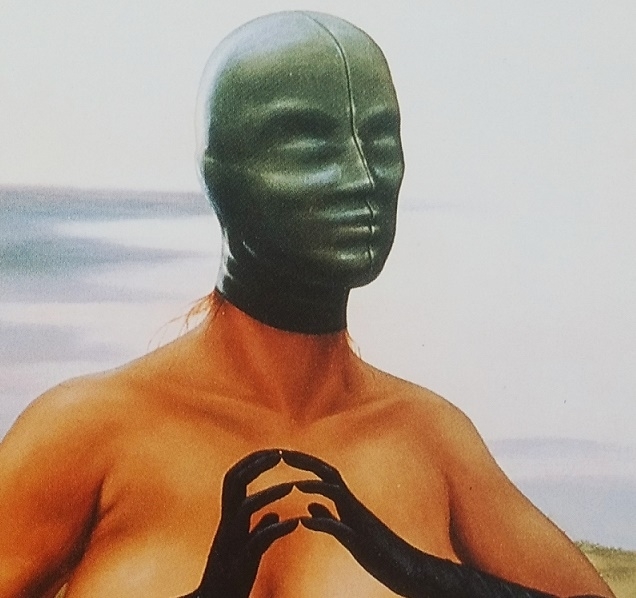 Fig.1b. Detail of the female figure with leather mask

The masked naked woman in ‘Avonduur (Evening Hour)‘ is still unharmed, but whether it will stay that way is still the question. One of her breasts rests on the table and next to it is a knife. What is she going to do with it? Behind her, two men are petrified in a fight. The leather mask is based on the mask that SM enthusiast William Seabrook had made in the 1930s and of which Moesman had an image (Fig.3). 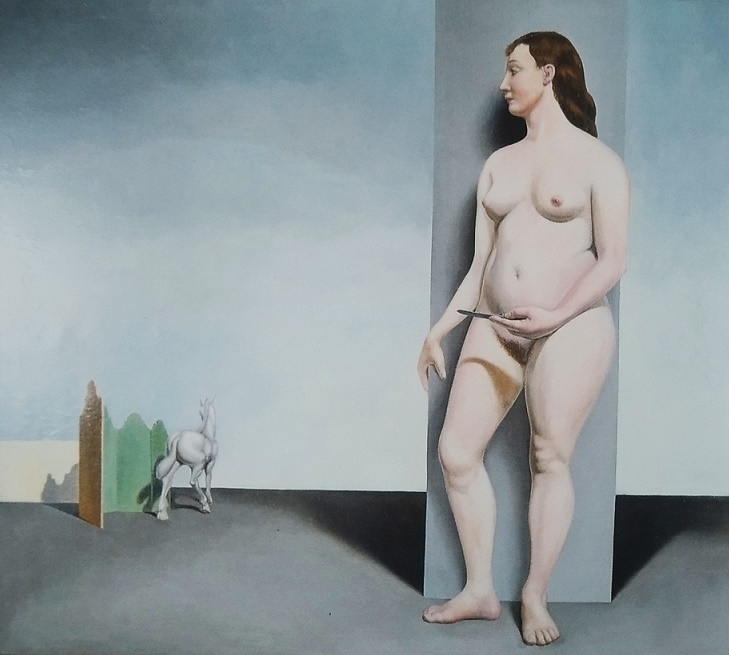 The masked female face is a theme that occupied the artist for thirty years. Like in ‘La Suite‘ Moesman placed a metal knife like a nice hard thing opposite the soft human flesh. The artist explains this in an interview in 1971,’I first pasted the woman with the mask on in ‘Advonduur‘ on the painting, to see if it worked. Then she sat with that breast on the table. I thought, such a soft breast, you can’t put a cream cake in front of it. I think I’ll put a sharp knife in front of it. That is the subconscious. I never really have any intention. You assume something, something is forced on you. and then it starts to grow in your subconscious.’ 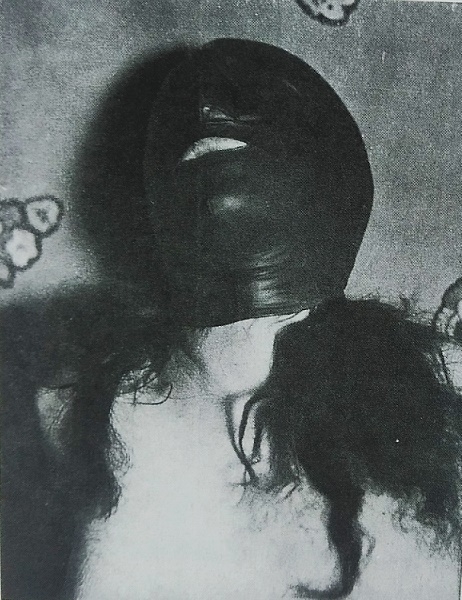 Although the iconography of ‘Avonduur‘ can be traced back to earlier examples, according to his housemates the painting reflected the tension of current daily life. His second wife, Erika, recognized herself in the masked woman in the foreground, while her son Felix, as a seventeen year old is projected as one of the boxers in the background. The other figure would then be Moesman, his stepfather. ‘Avonduur‘ would thus be a reflection of traumatic experiences that emerged during the period of the separation. 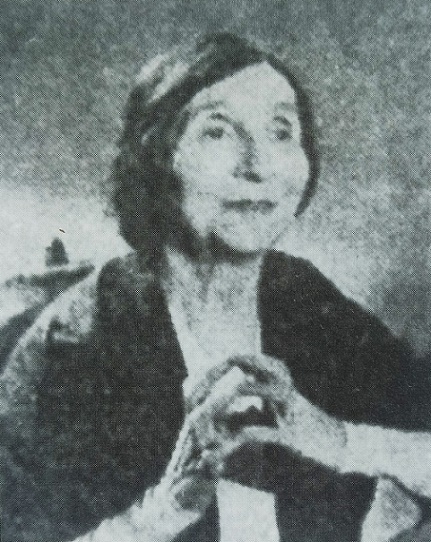 Fig.4. ‘Portrait photo Wanda Landowski for the borrowing of the hands‘

Moesman, however, has spoken to others exclusively about the formal aspects of ‘Avonduur‘. He emphasized the correct contrast between objects and images, in particular color, light, space and composition, for which accessories were used that were often found after a long search.

The rock formation in the background has the shape of the famous fist fighters of Farnese, a hellenistic statue from the third century BC (Fig.5). The befriended painter Willem van Leusden owned a plaster model of it that Moesman had taken home and had it photographed at the correct height and lighting. The structure and the color of the fist fighters is based on a photograph from Life Magazine (Fig.6) of the oblique sedimentary rock in Monument Valley on the border of the US states of Utah and Arizona. Next to the masked woman is a carcass containing a coyote stuck in a foot trap (Fig.7). 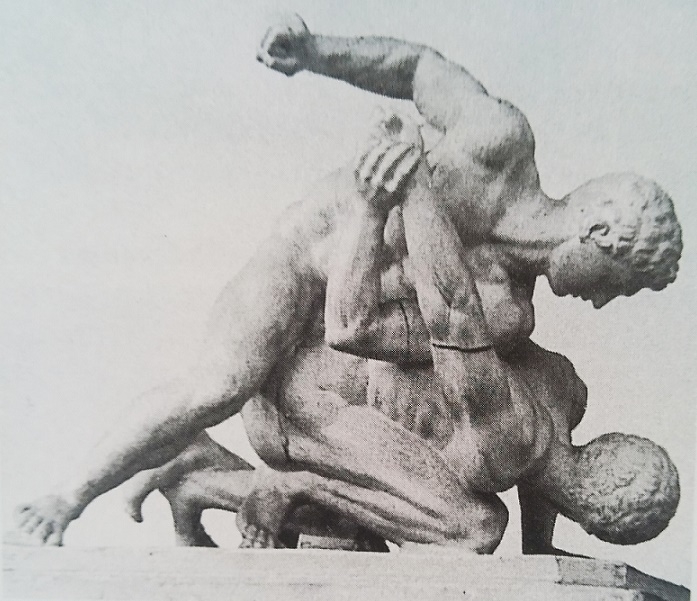 That the leitmotif of the painting is redemption through suffering is further confirmed by the note on the stretcher from Johann Sebastian Bach’s St. Matthew Passion (1728/29), O schöne Zeit, O Abendstunde! (O beautiful time, O evening hour!)’. The text of the Passion indicates the moment when the body of the dead Christ hangs on the cross, after he has died for our sins, and the redemption of mankind is a fact: ‘Der Friedensschluss is nun mit Gott gemacht, der Jesus hat sein Kreuz vollbracht’ (The peace agreement is now made with God, who Jesus has finished his cross). 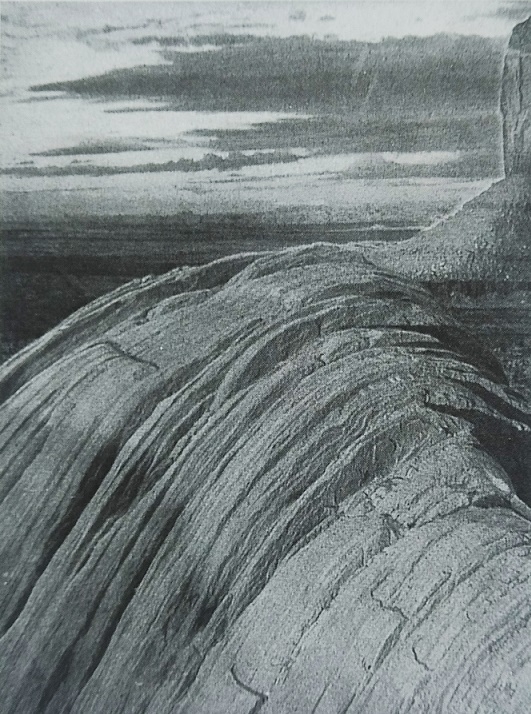 Fig.6. Photo of ‘Rock wall Monument Valley from Life Magazine. Image of this for borrowing from the weathered aspect of the fist fighters.‘

In this work Moesman expressed his love for SM, or sadomasochism, a form of sexuality in which one partner allows the other to undergo pain for sexual pleasure. It was not until the early 1960s, when the sexual revolution took hold in the Netherlands, that he showed this in his art. 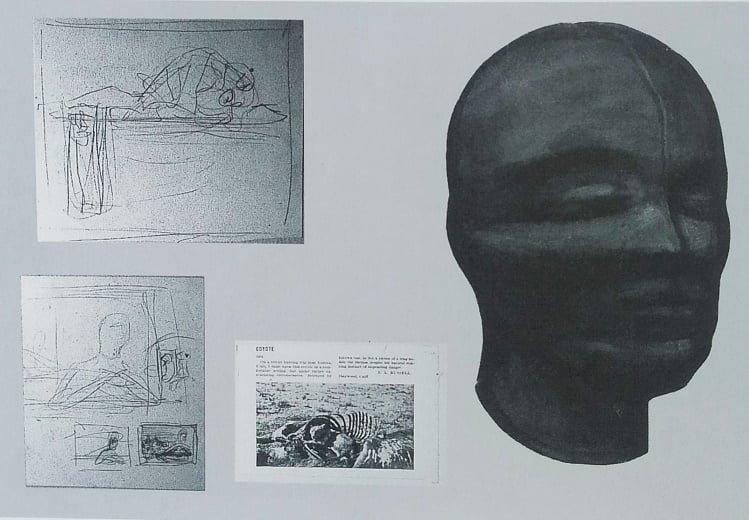 Click HERE for the sensual surrealism in the works of the Japanese “Man Ray” Kansuke Yamamoto…..!!

In the near future we’ll pay attention to other examples of Moesman’s sensual surrealism. What do you think about this Dutch artist?

Very interesting art work. If it weren't for the mention in the article that he was into SM one wouldn't be able to infer it but maybe for the masked lady. His SM inclinations seemed to be just the product of his imagination, which he surrealistically sublimated. What's fascinating are the included references that served as support to the creation of this specific painting. I had never heard of Joop Moesman. A quick search on the internet turned up some remarkable work. Wondering why the article includes only these two works? Would it make sense to revise it and add a larger selection of his paintings and drawings? Well worth it.

Thanks JB. In this article I chose these paintings as they strongly refer to Moesman's sadomasochistic theme. There's another article in the making that will treat more of Moesman's other sensual works.