Somewhere at the tumultuous sea, a male wearing a terrifying shark mask lustfully grabs the erogenous zones of a female drowning person, while she hits the waves wildly. At first sight, this painting (Fig.1) appears to be a sensual mix of the horror film Jaws and the t.v. show Baywatch.

In Pigo Lin’s remarks below about the painting and other works involving a shark, you can check out if my interpretations are close.

Pigo Lin: ‘In the early days of creation, I practiced a lot of black and white paintings and began to publish on Instagram. The painting “Surf rescue” is my first large-scale color work. It is inspired by the famous American t.v. show Baywatch, which was also a very popular in Taiwan, and its sexy bikini-wearing rescuer Pamela Denise Anderson.

The scenes of the running lifeguards on the beach are very beautiful and sensual. To me, the sport of swimming has a strong sexual connotation, wearing very little cloth or nudity, sharing the same water area, and the liquid flows between the bodies, just as strong as sexual intercourse. The lifeguard wearing the shark head refers to conflicting symbols such as; danger, bloodthirst, violence, professionalism, strength, confidence and so on. 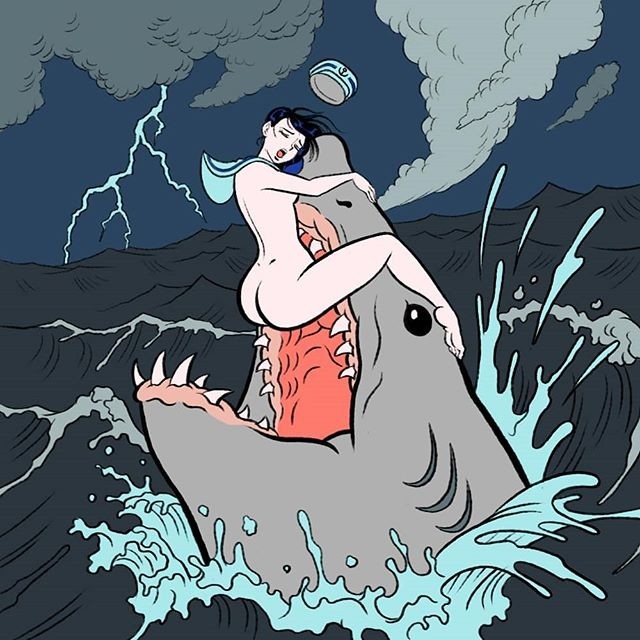 Inspired by the classic movie Jaws (1975), a disproportionately large shark and a small human being, the angle of the shark’s open mouth is iconic. The sexy female sailor attacked by a huge shark, basically symbolizes the traditional male culture of violence. You can imagine the shark is a huge penis.

Women are passive, fragile and small, and have no autonomous right in front of men. Although this way of thinking is slowly losing ground in the Western world, in Asian cultures boys are still favored over girls. 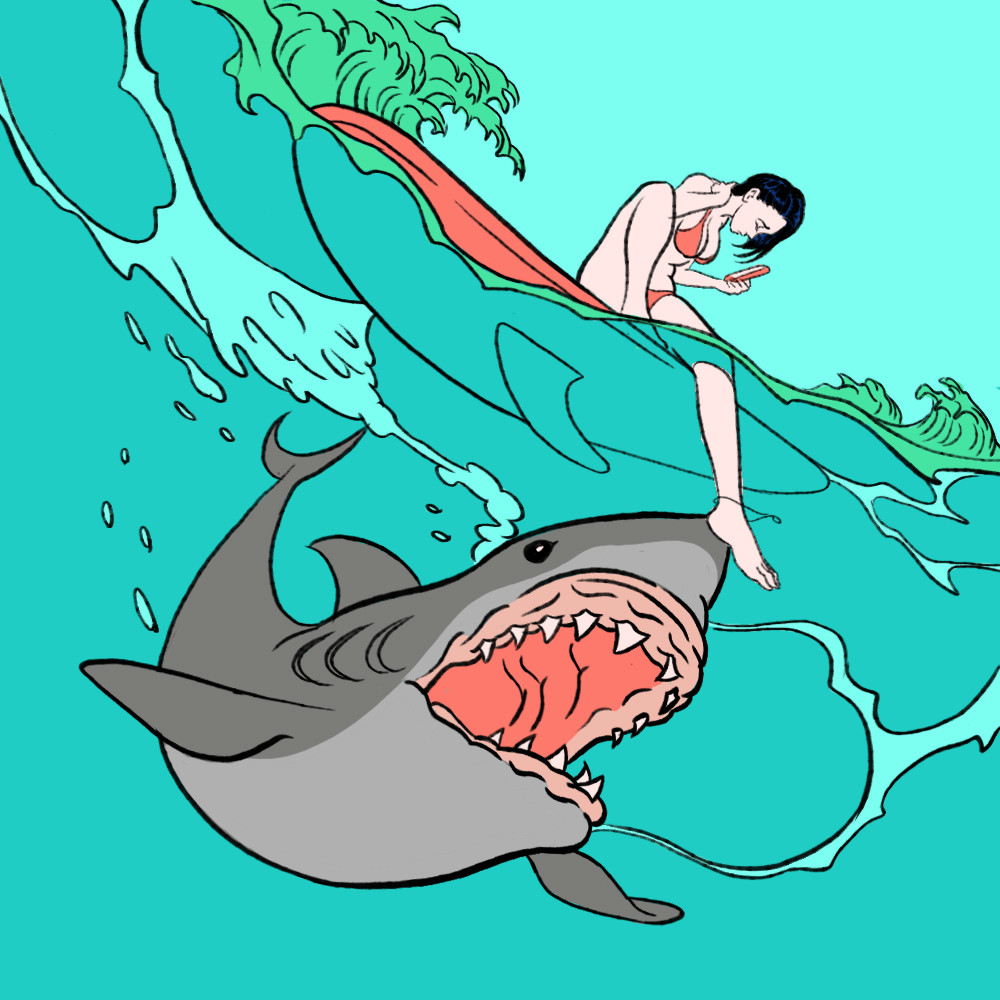 This shark represents the danger under the water, just like the dark side of the internet. People only show their ‘best side’ on social media, but the danger of the Internet cannot be ignored. Such as personal privacy leaks, cyber-bullying, love fraud, etc.’