The Enticing Illustrations For Perfumed, Pampered and Midwood by Frank Frazetta

In the early 1960s, the masterful illustrator Frank Frazetta (1928-2010) decided to break into the pin-up art genre with Perfumed/ Pampered, a 1963 book of soft-core prose fiction for Midwood/Tower Publications.

He made ten interior drawings in ink wash, portraying bosomy females in provocative poses. Two other double novels followed, with eight illustrations in each, Unfortunately, Midwood/Tower did not hire Frazetta to paint covers, for which they had both photographers, and a proven stable of artists, most notably, Paul Rader. 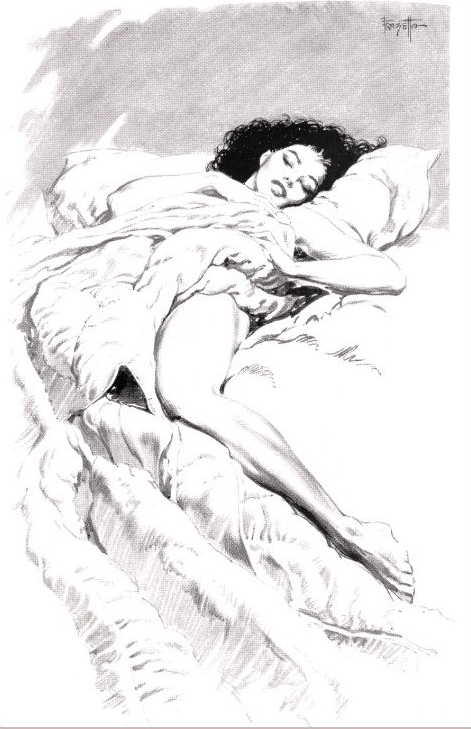 She started toward the bed and I had to close my eyes. Somehow I knew that it would have been too much to bear to see as well as to feel what was to come. I waited, my heart pounding , my body throbbing, for the first touch of her hand... 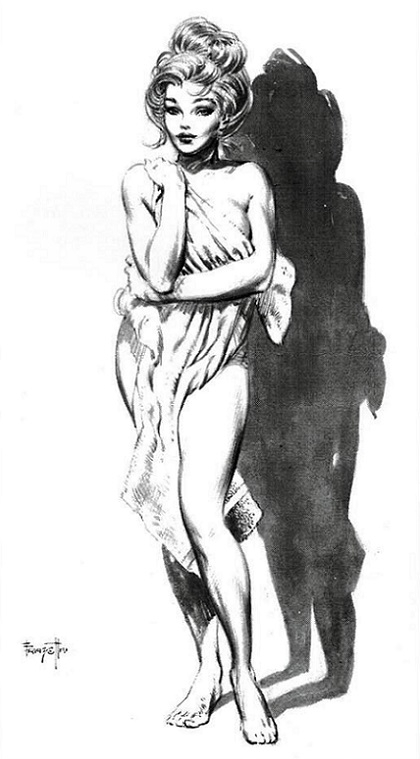 She stood on the bathmat, patting herself gently with the towel, her luscious body glistening, her lovely face flushed and glowing. Something happened inside me and I began moving toward her. 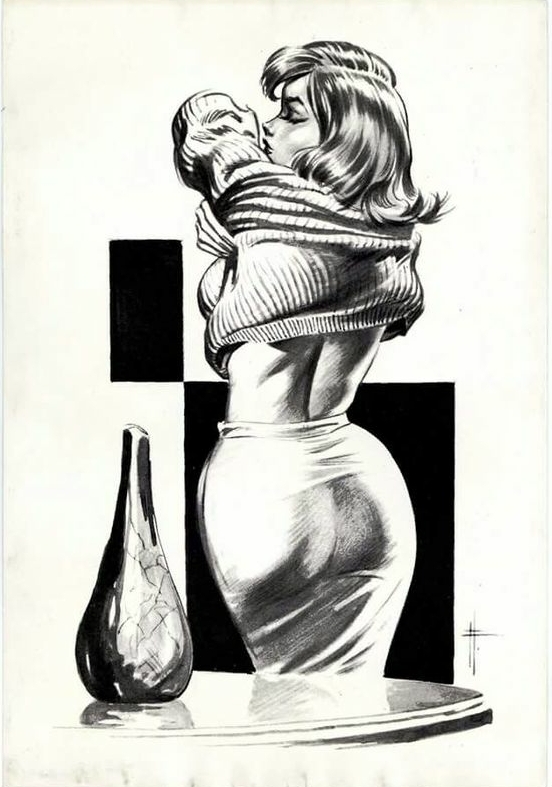 Quietly in the darkness she undressed, fumbling with buttons and zippers and hooks... 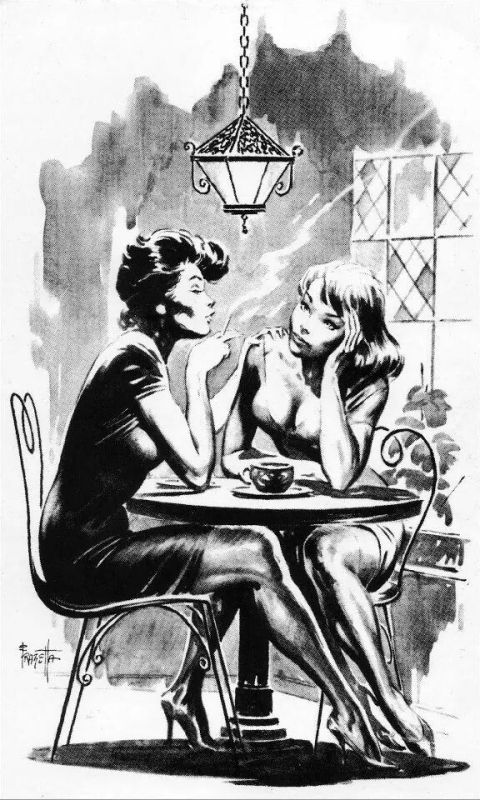 Soft Curve of Her Breast

As Nina leaned forward the light stroked her shoulder and slipped into shadow over the soft curve of her breast. 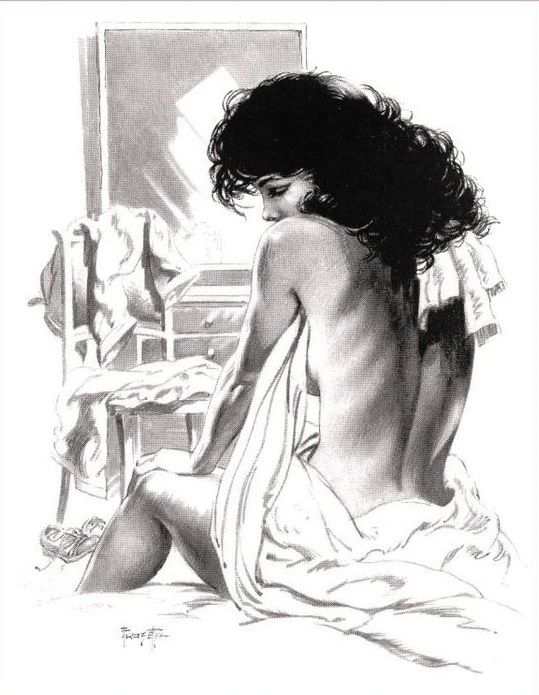 How could she have allowed it to happen? What had possessed her? A cheap motel....three men...strangers.... 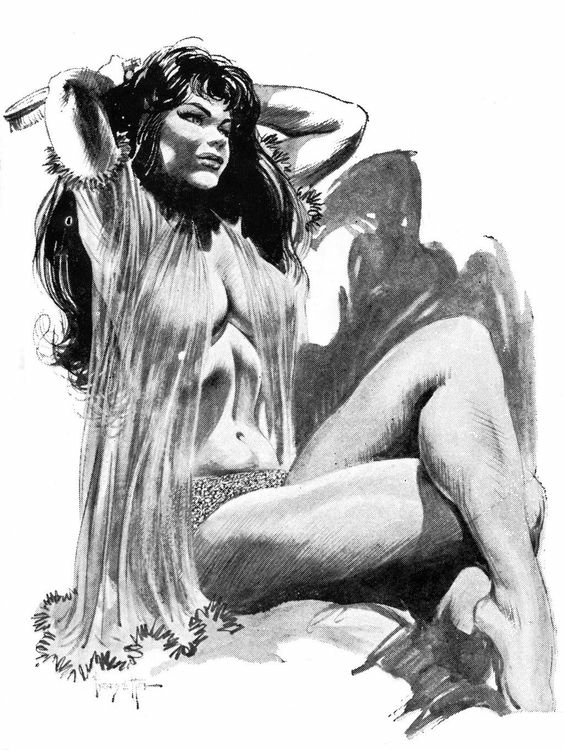 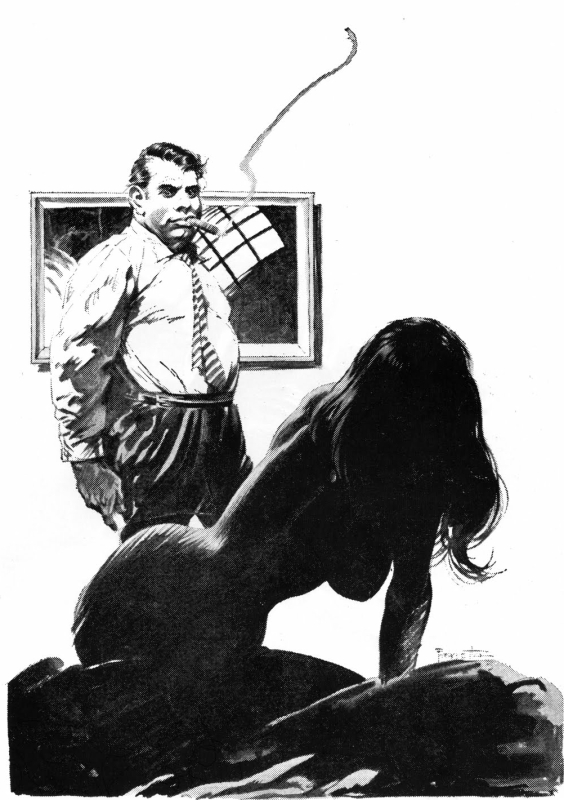 Snyder stood there, devouring her with his hungry eyes. 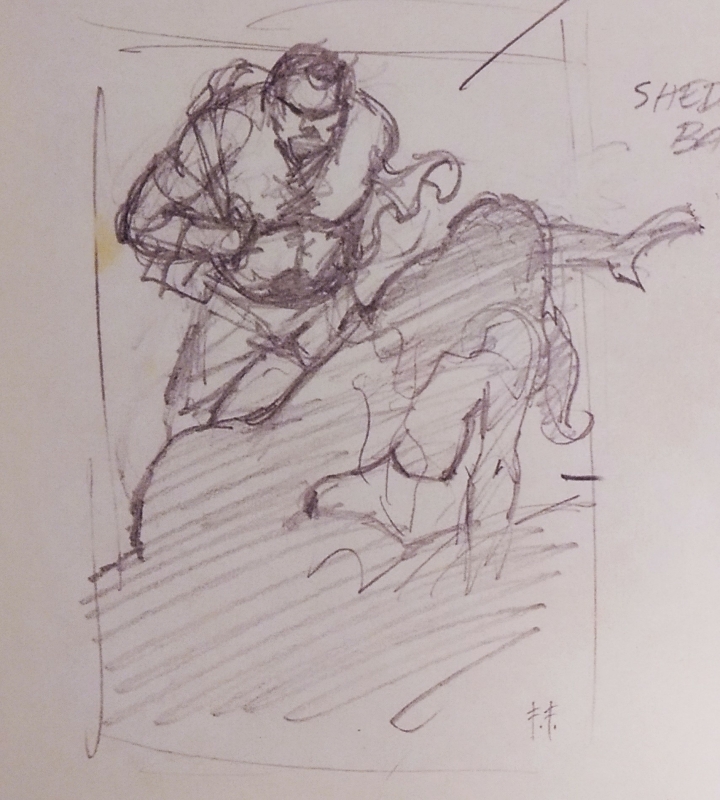 The preliminary sketches of Frazetta are fascinating in particular when you compare them with the finished artwork. It's interesting to examine their contrasts and similarities. Although Frazetta experiments with the point of view and/or the composition, his preliminaries are strikingly similar to the final results.

Various factors come to play here, including his superior skill as well as his almost photographic visual memory. Frazetta himself felt that doing too many prelims would suck the vitality out of the work; that if too many were done, the artist would have nothing left to "say" in the finished work. In the prelim of figure 8, the final composition is more restrained, and gives the viewer's imagination more space. 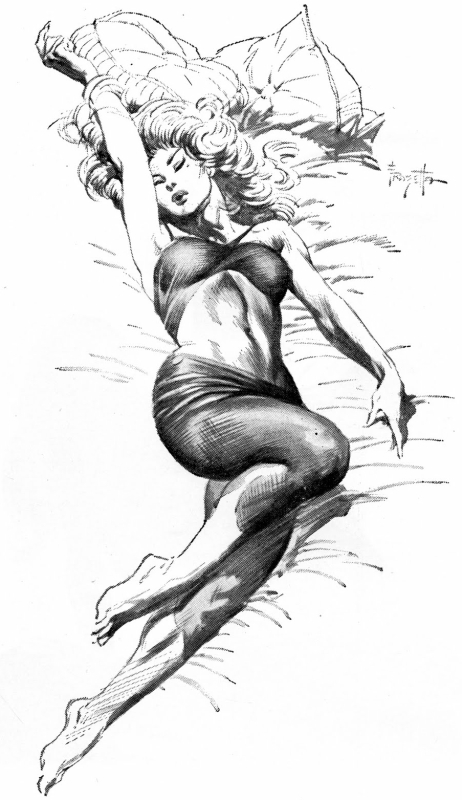 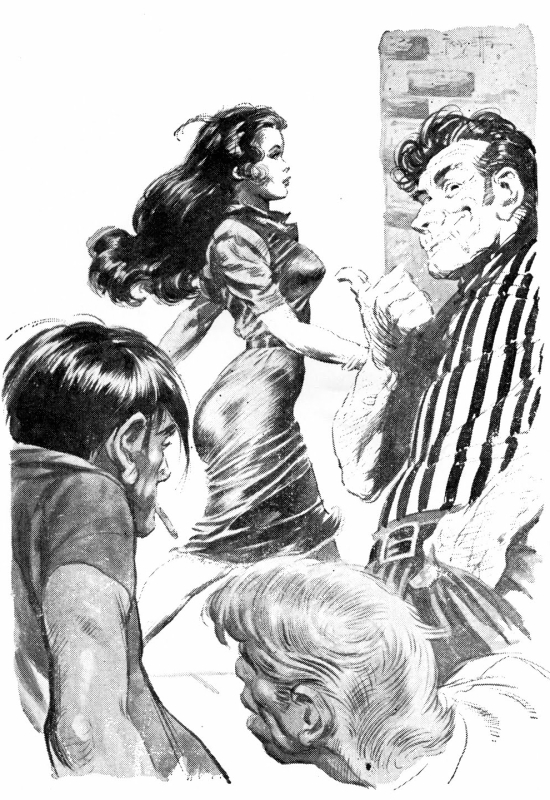 There was very little about her body that suggested girlishness.

She strolled out of the bathroom with sensuous steps. 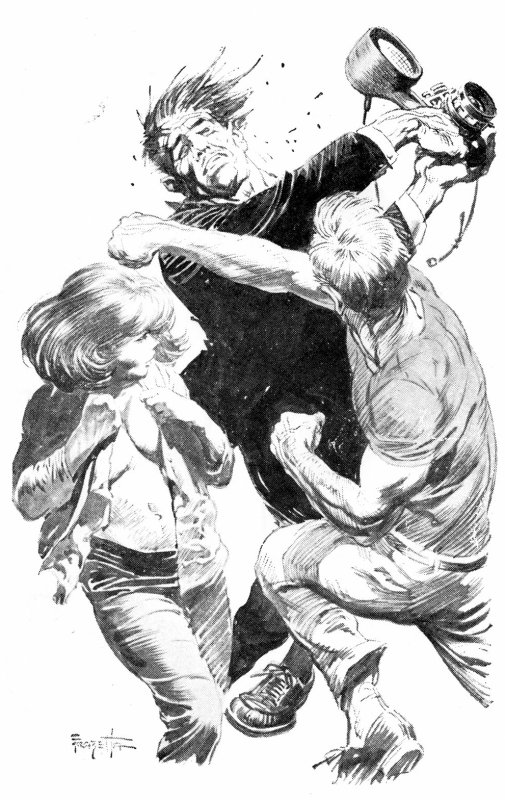 "What dirty sheet are you trying to make with this?" 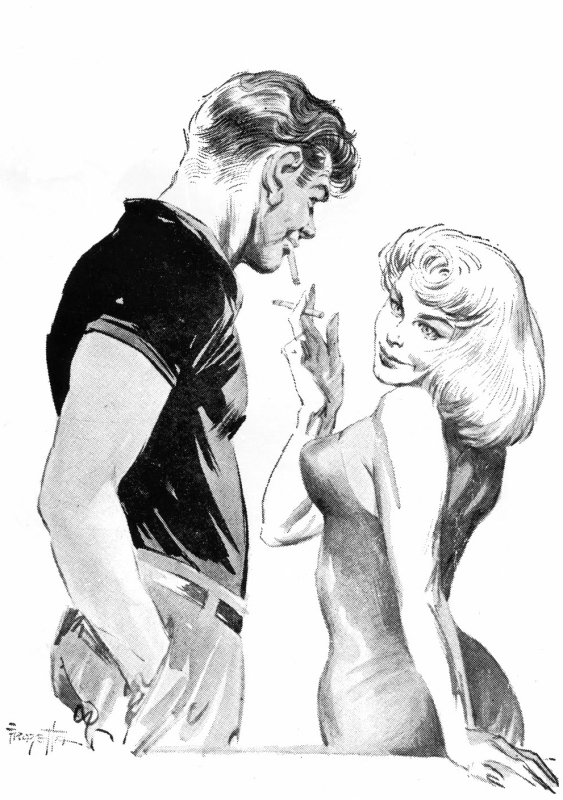 "I must be out of mind," she drawled. "You're dangerous territory." 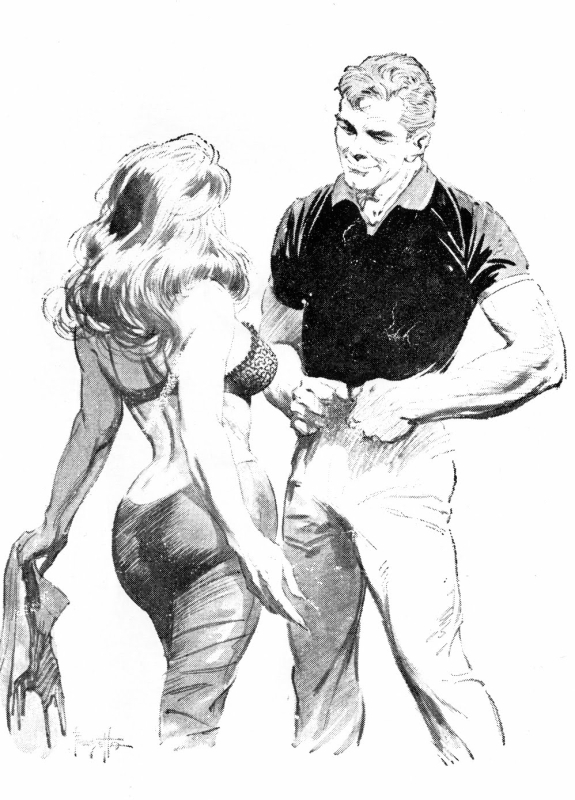 "Baby, you're really something." 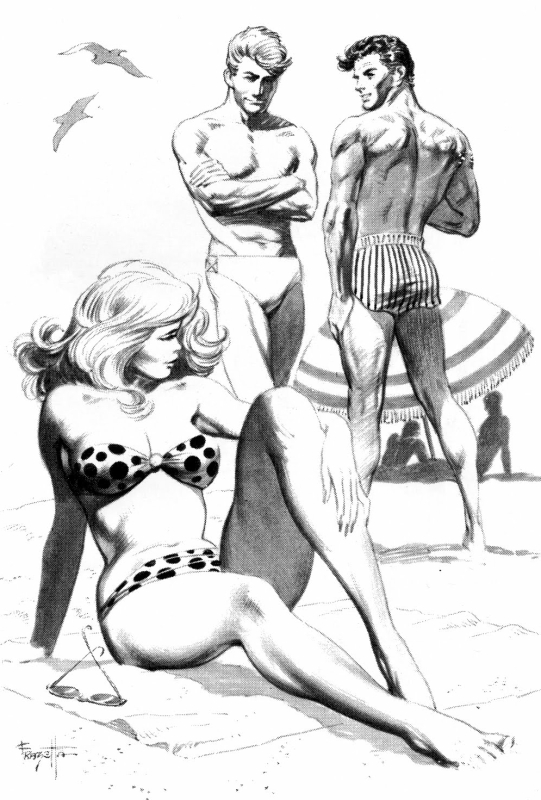 The hunger was growing with each passing day. How much longer would I be able to fight it? Temptation surrounded me. The young man at the lake, so strong, so clean, so eager...so available. 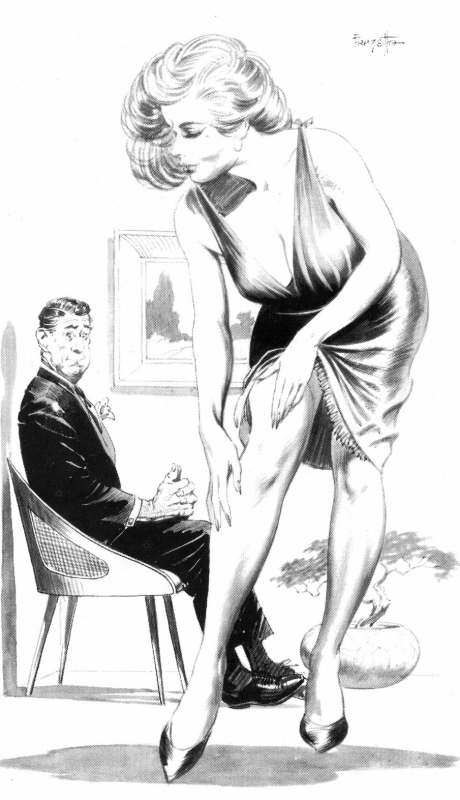 Vera smiled with amusement  as she lifted her dress to smooth the sheer stocking, forcing the timid little man to follow each sensuous movement of her fingertips. 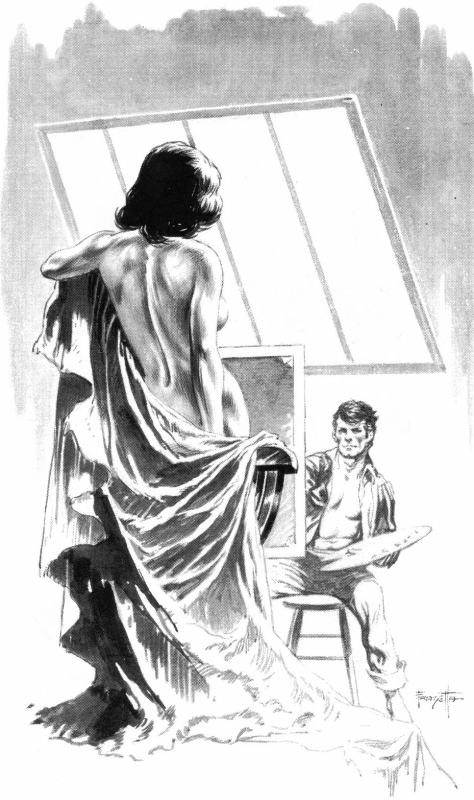 She struck the familiar pose with a knowing smile. "What part of me would you like to work on today?" she asked throatily. 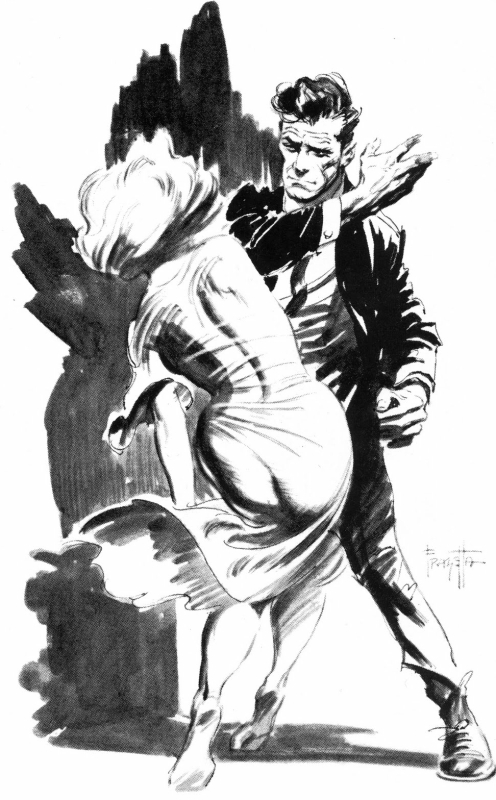 The sound of the blow echoed sharply, Patti stumbled away from him, her robe sliding free of her thrusting breasts.

You can check out the complete set of illustrations Frazetta produced for Midwood, including more preliminaries, and on top of that additional enticing drawings depicting curvaceous females in our deluxe Premium version of the article.

Click HERE for our earlier article on the captivating sensuality as captured in Frazetta's paintings....!!

Interesting body of work, with a commercial feeling that is interesting to know but not my favorite FF. His "wild people" both females and makes, and his more cartoonist art, remain my favs. Nice to have them archived here though.

Thanks JB, you can find more of his cartoonist art in our Premium section.