This period lasted barely twenty years, but during that period the skill of the imagination of thousands of talented artists ensured that we were inundated with millions of miniature sandwich boards full of enticing scenes, dreams and thoughts, people, fictions and facts, greetings, jokes and beauty. 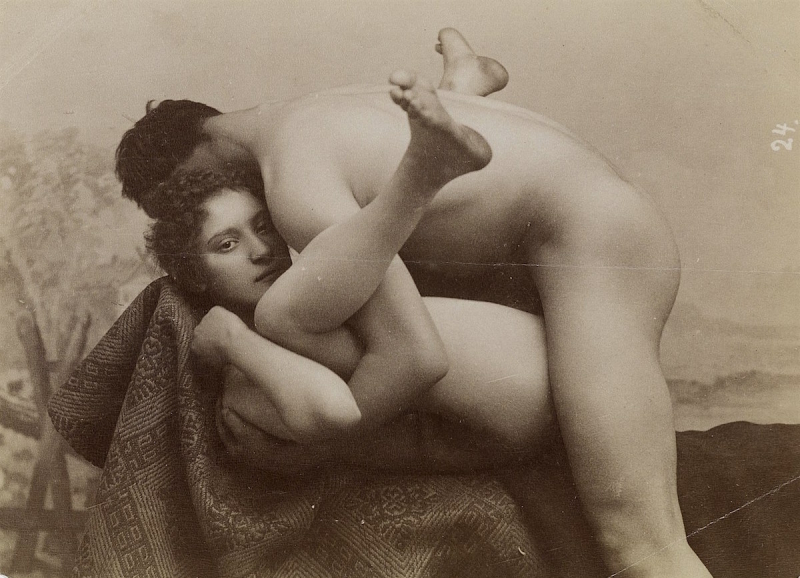 The early Edwardian hourglass model was an anachronism well before the war, but the limitation of its strapped up waist had been replaced by the perhaps more severe limitation of the narrow hobble skirt; the war, however, freed the legs and bodies of the women, free to move in the world on the same wider scale as when they had had to do the work of the men.

A similar change in fashion had, of course, taken place during the Napoleonic Wars, although the changes then had not been illustrated nearly as amusingly by La Belle Assemblée as they are now by the picture postcards. The lady with the hourglass shape could hide her ankles as much as she wanted with a frilly foam layer of long skirts, but at night she exposed her raised breasts almost to the nipples.

Because so many of these cards were destroyed it is difficult to get a complete sense of their history. Erotism often found outlets in other more social permissible ways such as seaside views and art reproductions but these types of cards can be cross referenced into other categories as well.

The 20 spicy postcards below are Russian-made. The first set of six postcards (Fig.3 to 8) are from the late 19th century featuring the sensual awakening of the two adolescents “Mitya and Manka“. – [Moscow]: Universal Postal Union publishing house. 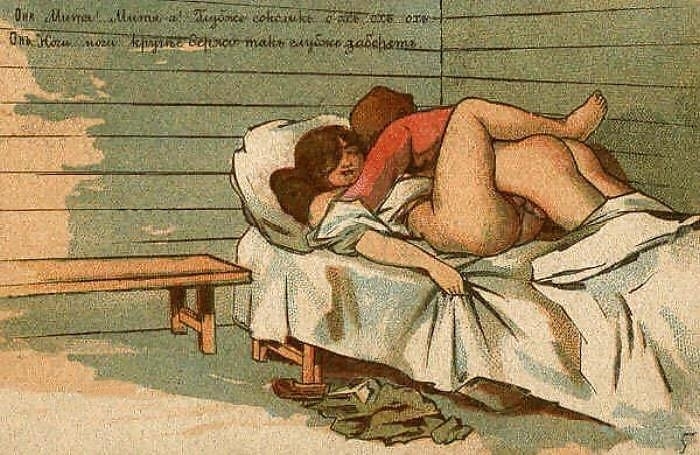 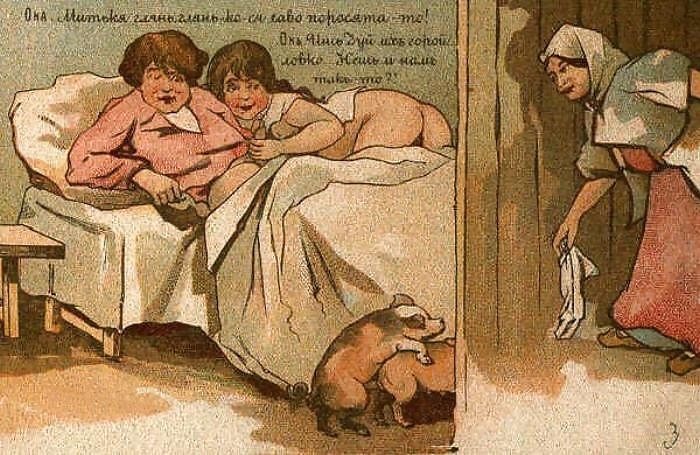 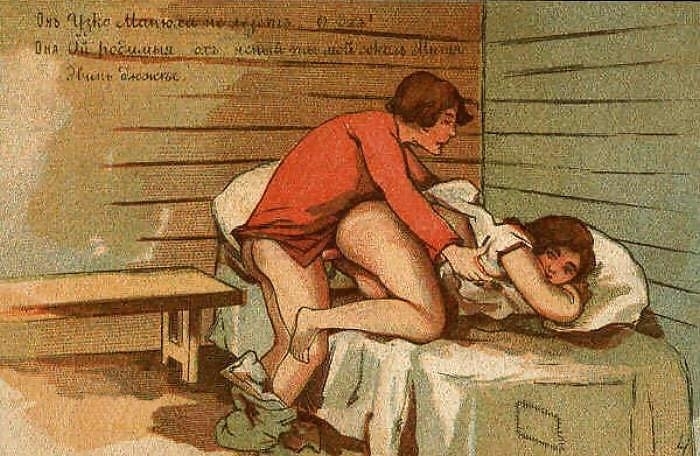 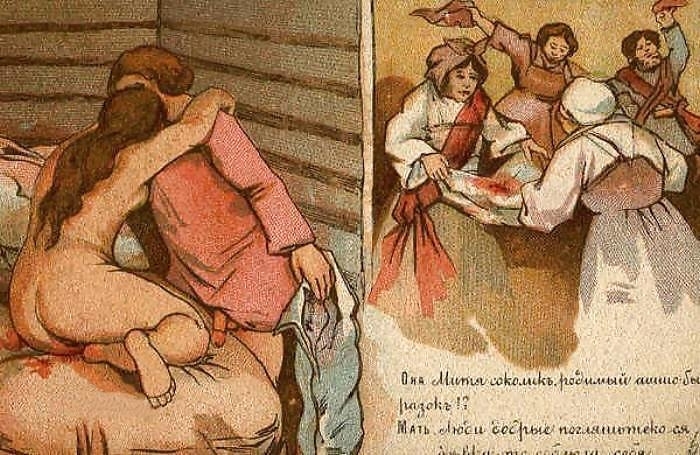 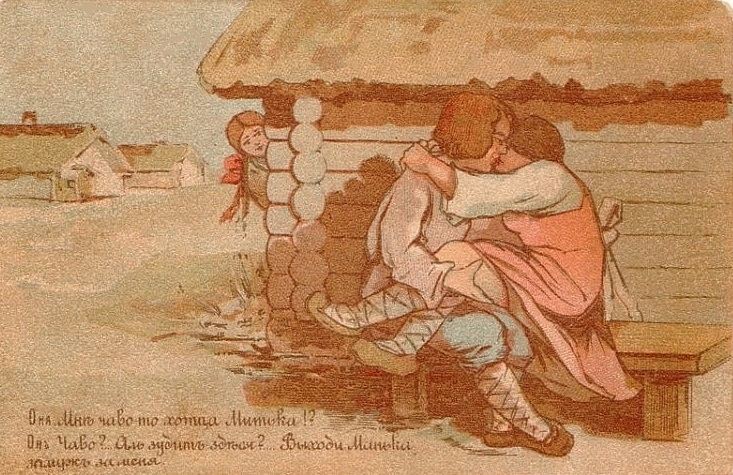 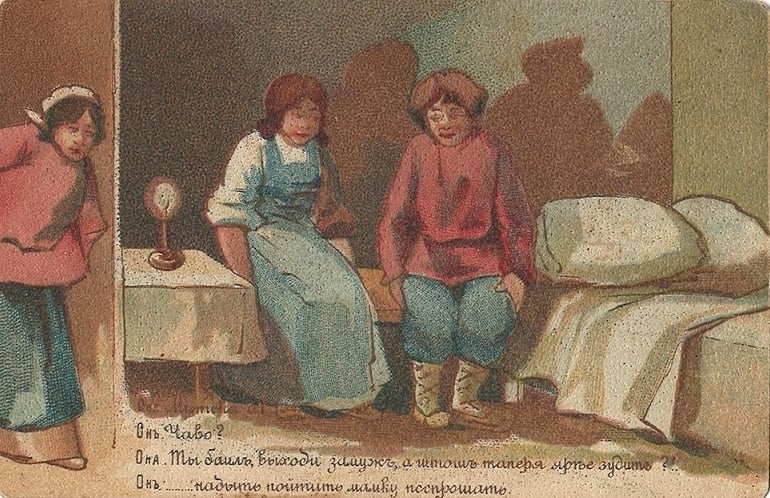 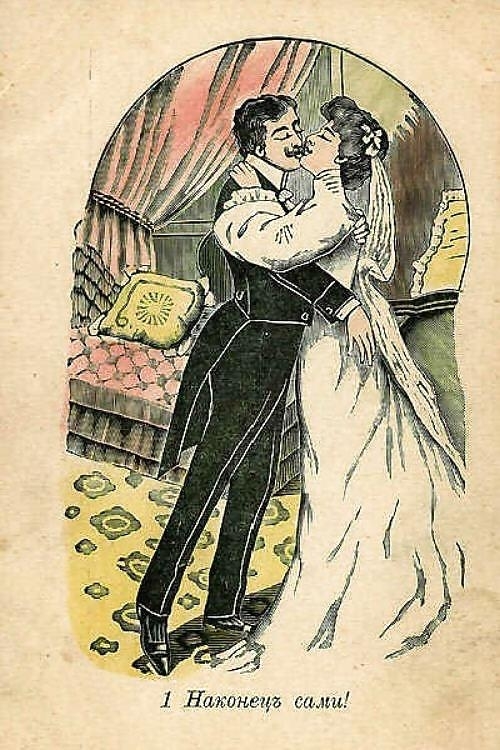 «Finally, we do it by ourselves!». (Obviously, it’s their first time.) 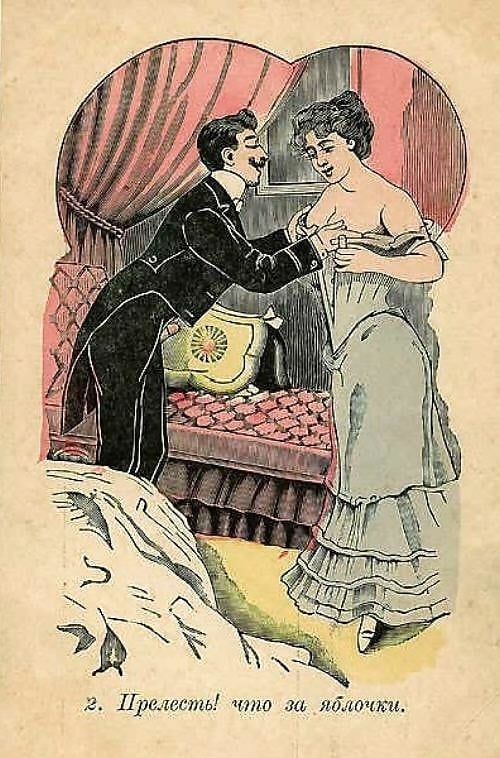 «Look at these fruits (apples)! Charming!» 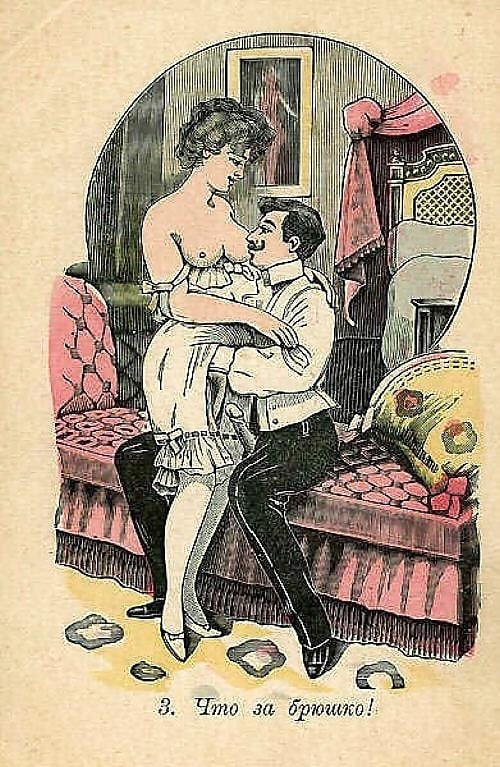 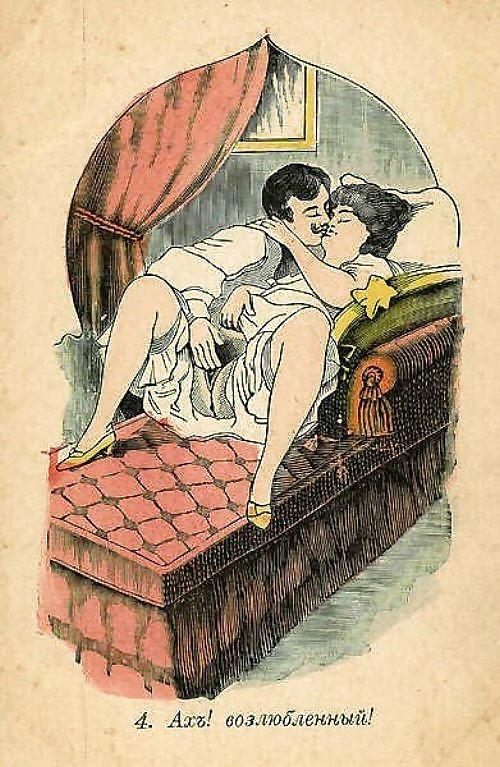 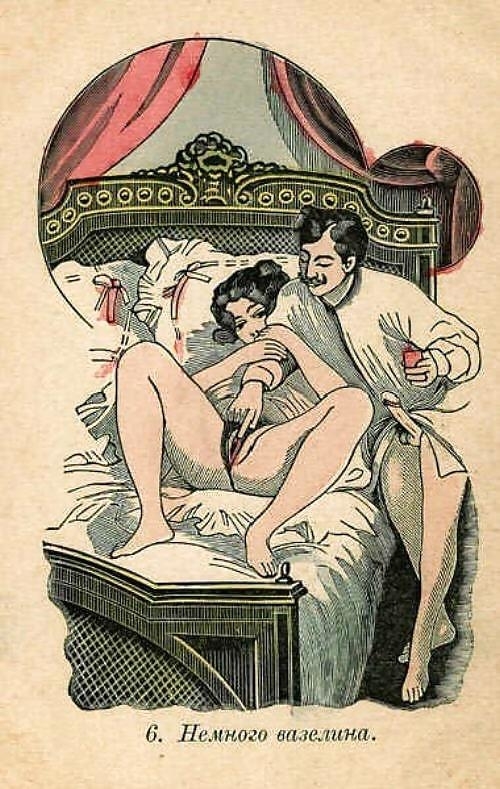 «A little bit of lubricant» 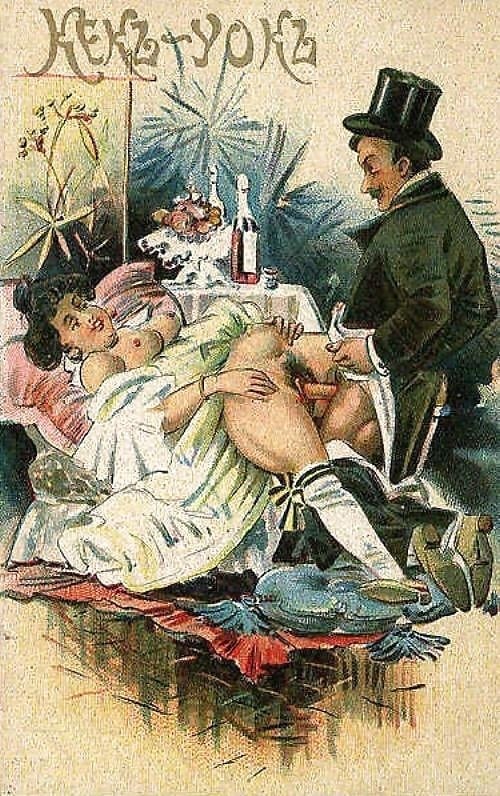 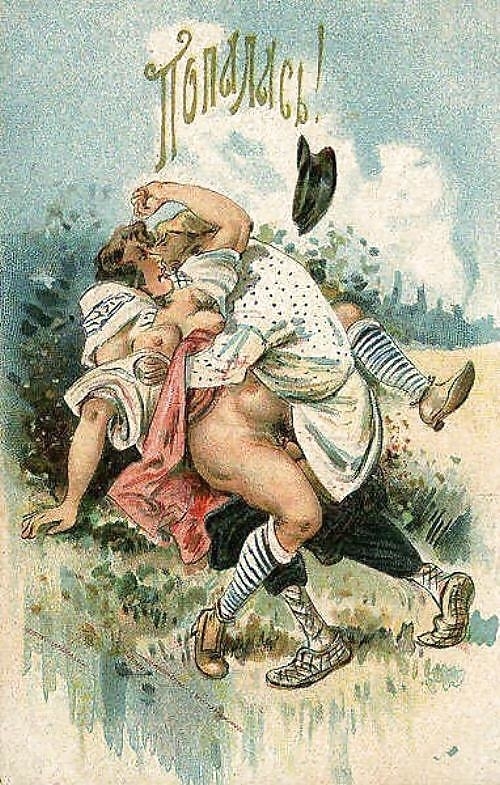 This second part of this selection of naughty postcards are of French origin (Fig.16 to 24) issued late 19th and early 20th century.. 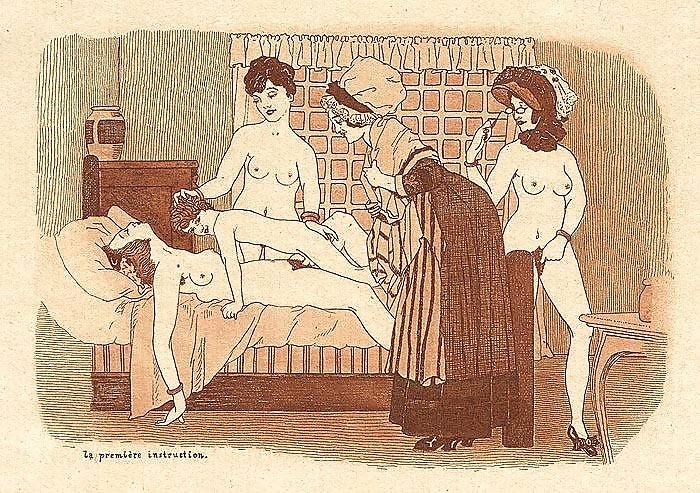 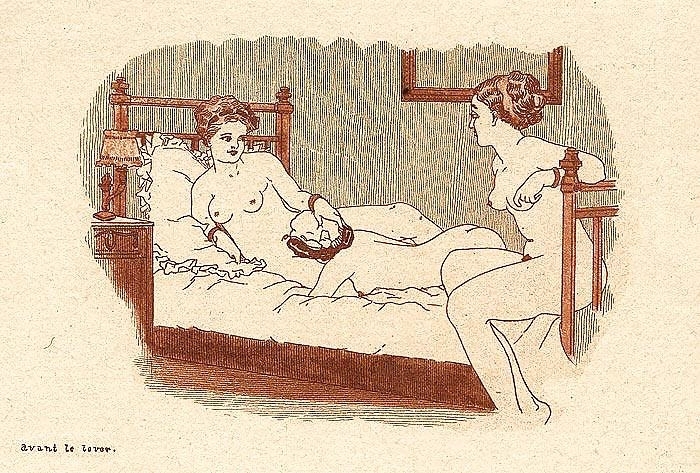 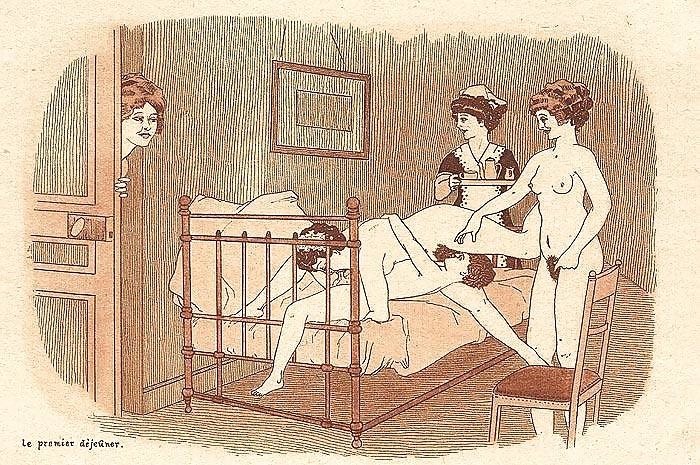 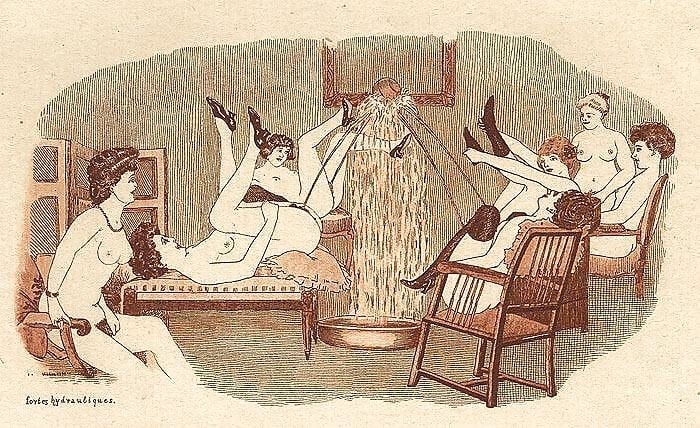 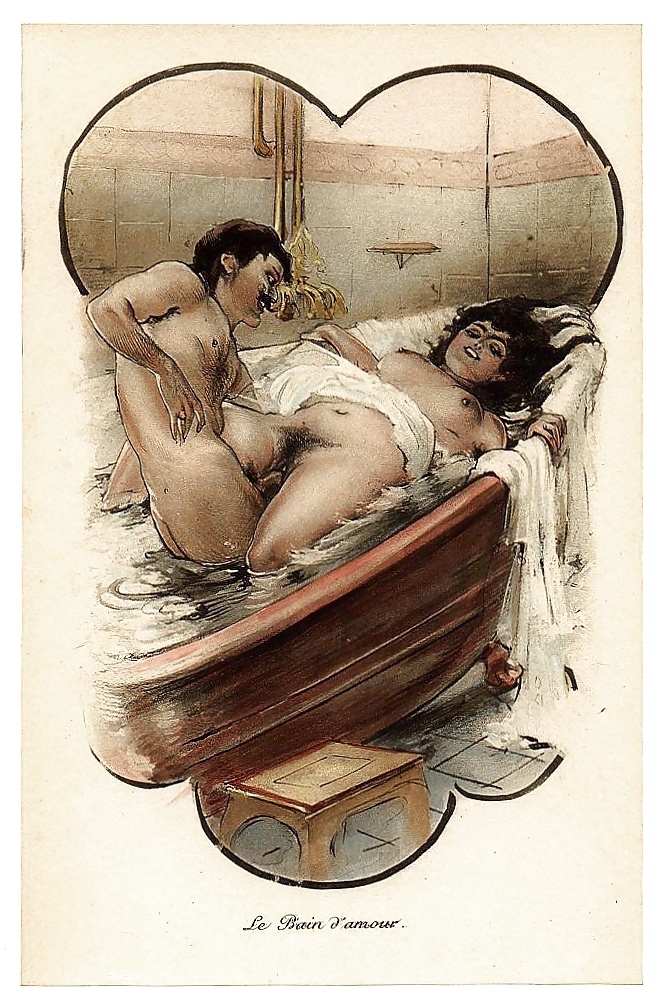 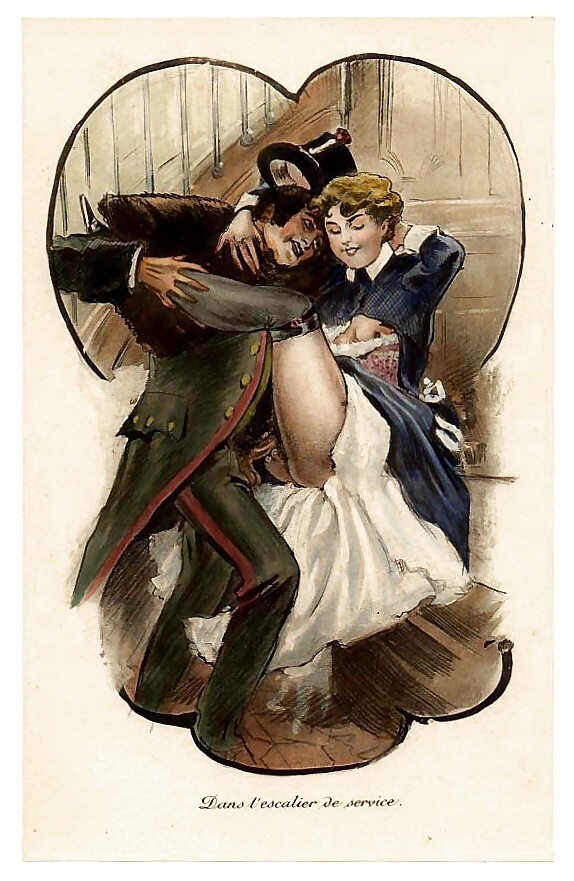 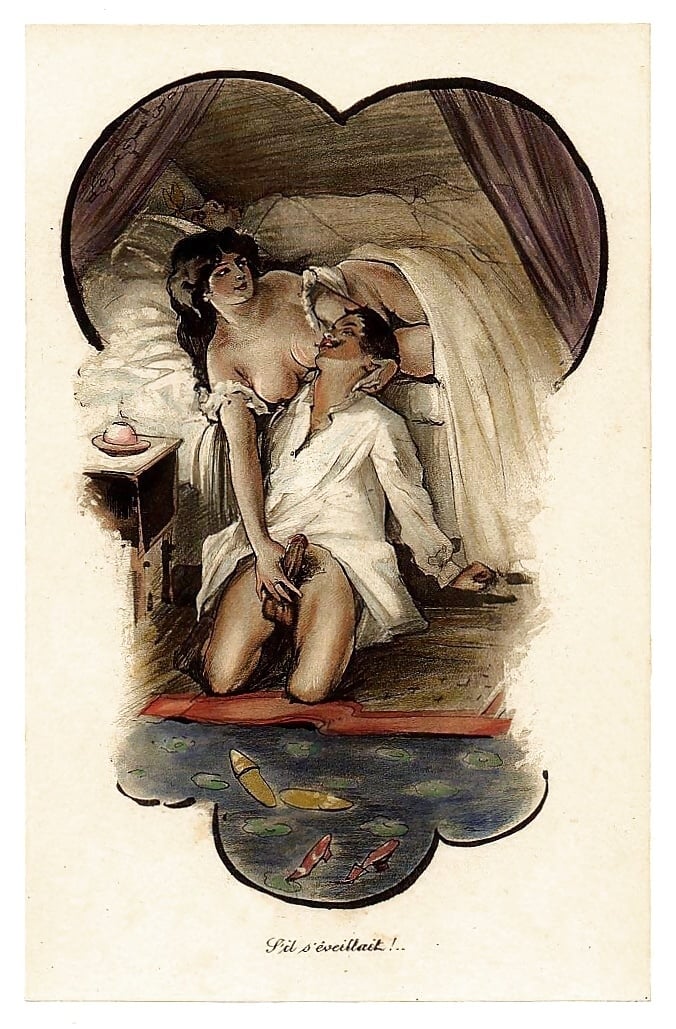 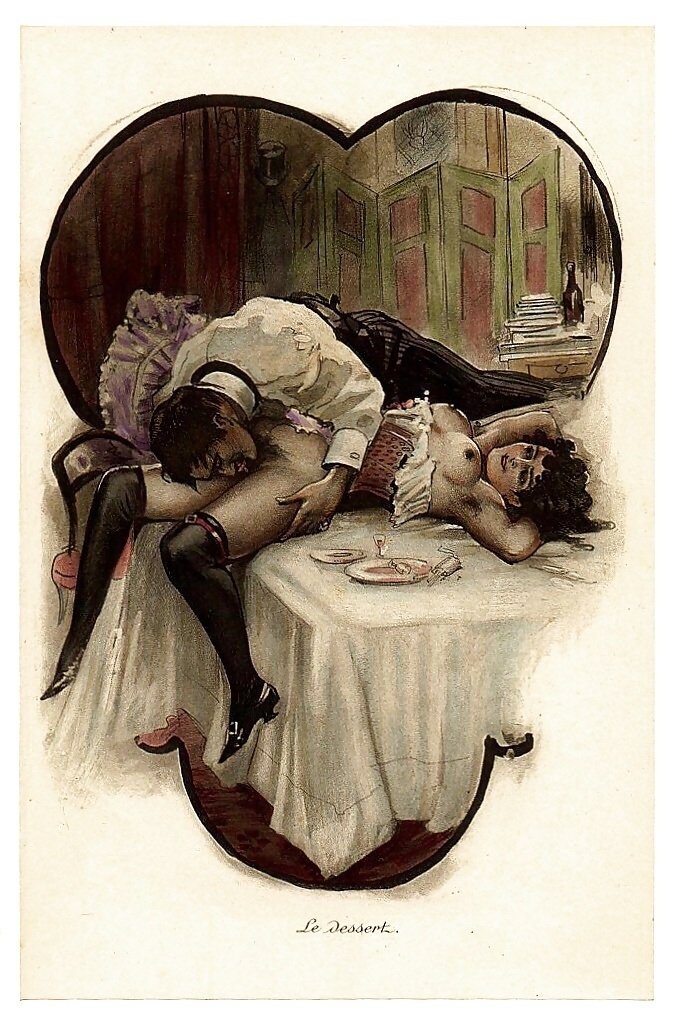 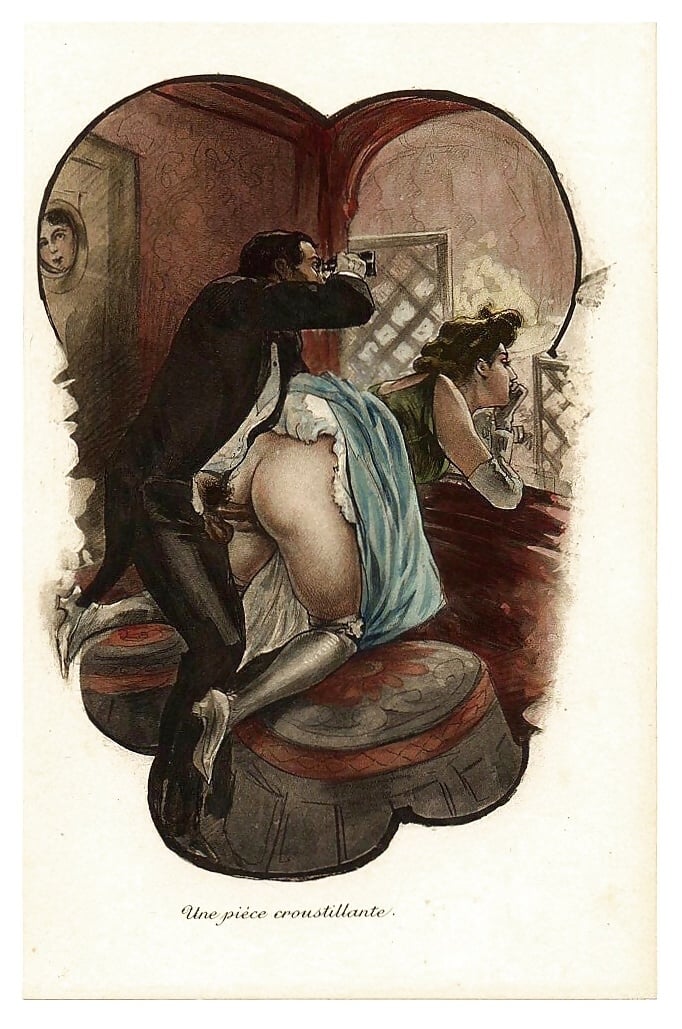 In our Premium section you can find an extended version of this article with twice as much images, a wonderful translation of the first six Russian postcards including the complete story of Mitya and Manka, and more additional info on well-known postcard designers.