From time to time, speaking about excessive sexuality, we remember the slogan "sex sells," which expresses the mechanism of attracting customers, both male and female. Although the motto is more associated with modern consumerism, in fact, sex can be the fuel for more dignified feelings, such as patriotism. Howard Chandler Christy (1872-1952), who was proclaimed by Time magazine the most successful commercial artist in the USA, invented the so-called Christy Girl, an ideal American woman, persuading men to join the army or buy government bonds in the years of WWI. 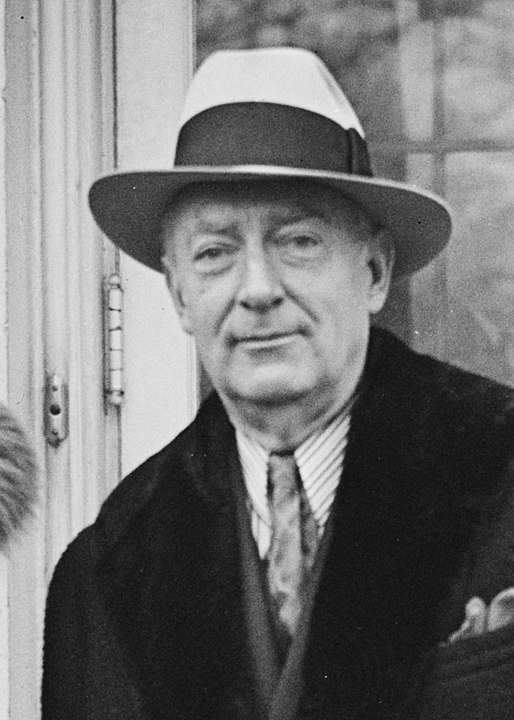 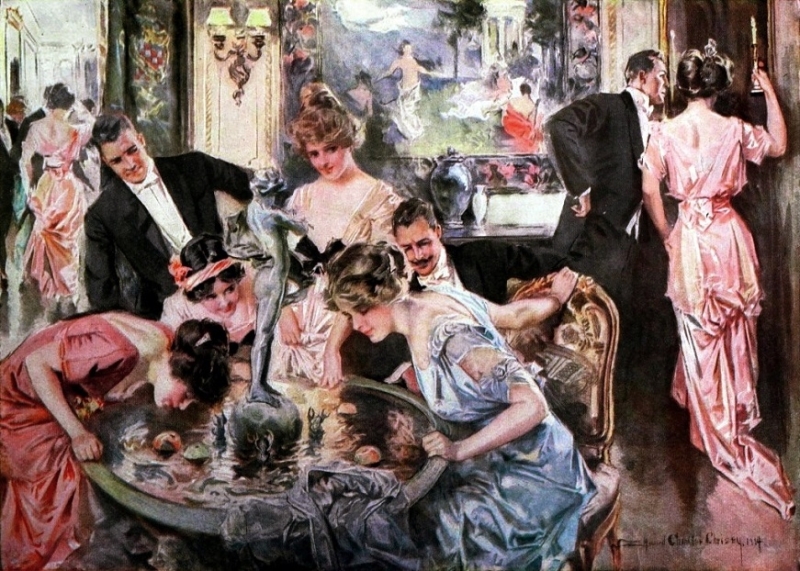 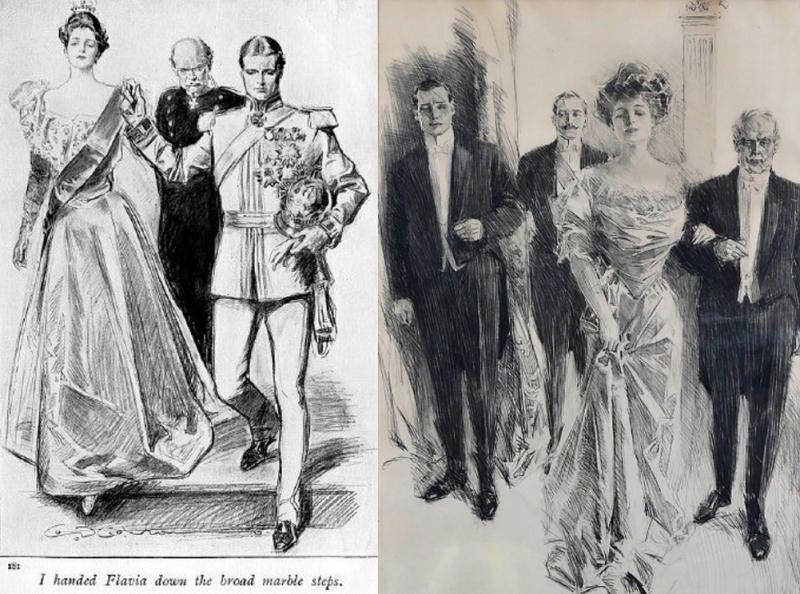 Of course, what is meant here, is not the sexuality of the 'tits-in-your-face' kind. Christy's girls resemble their pin-up sisters only by their flirtatious low-cut dresses that show us a lot but not everything. "Everything" would be displayed in Christy's numerous sketches of topless models and a series of murals Fantasy Scenes with Naked Beauties decorating the New York City restaurant Café des Artistes. Christy's girls are a little modernized version of the famous Gibson girls created by Christy's contemporary Charles Dana Gibson (1867-1944). Looking at two illustrations by these artists, it's hard to tell what the principal differences between their characters are. Both types of girls can wear similar hairstyles and outfits. Still, Gibson girls lost their popularity after WWI, while Christy's military posters became his trademark. Probably, the answer is the target audience of the artists. Gibson worked for females, creating a model to copy. Christy's posters, for which he is known, addressed mainly to the male audience. 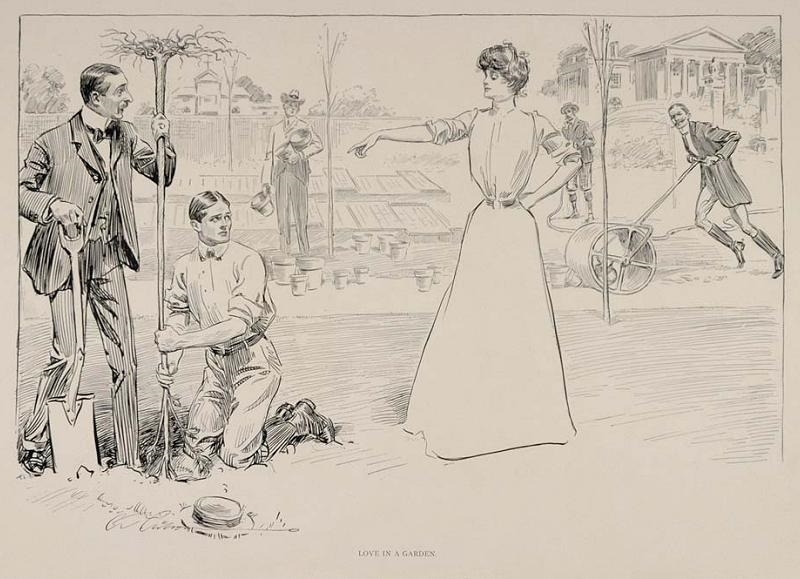 Emancipated But Not Voting

So what is this modern type of American woman at the beginning of the XXth century? Wikipedia entry on the Gibson girl contains a curious notion: "She could be depicted attending college and vying for a good mate, but she would never have participated in the suffrage movement." As known, suffragettes struggled for the women's right to vote, so yes, Gibson girl was emancipated in terms of her ability to ride a bicycle in the Central Park, but no further. Gibson wanted his creation to stay out of politics, but women's wishes were different, and the type of a magazine girl wearing an elegant dress and bouffant was regarded as unpractical. 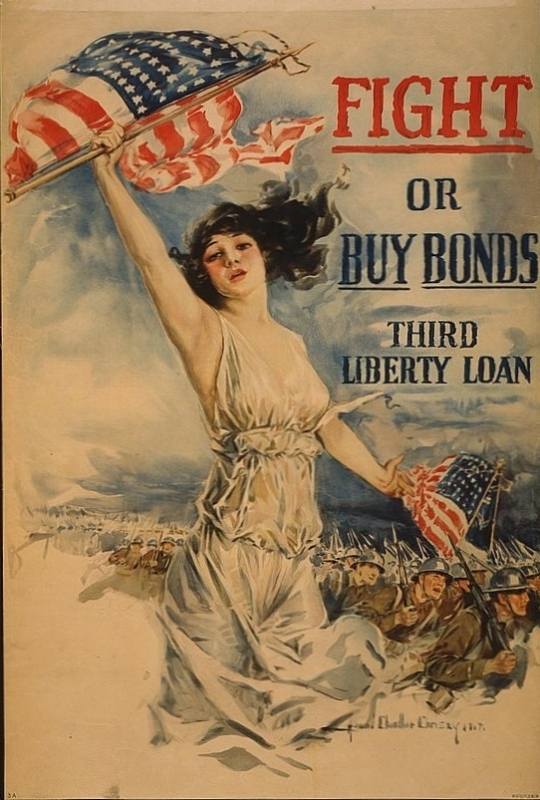 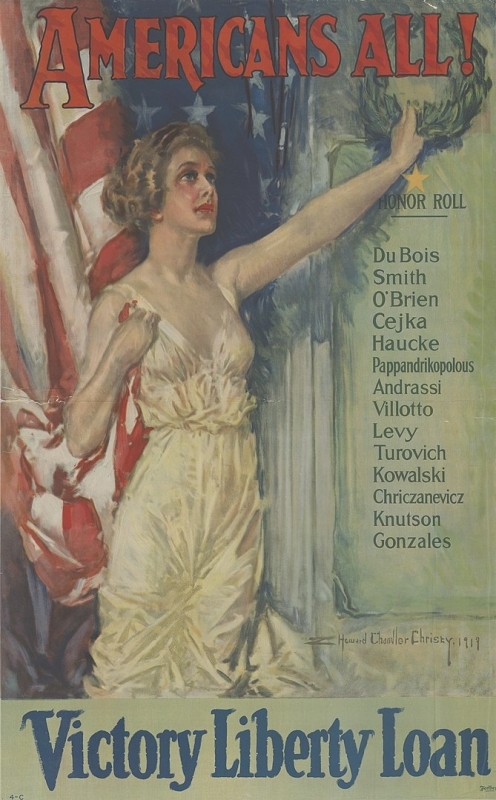 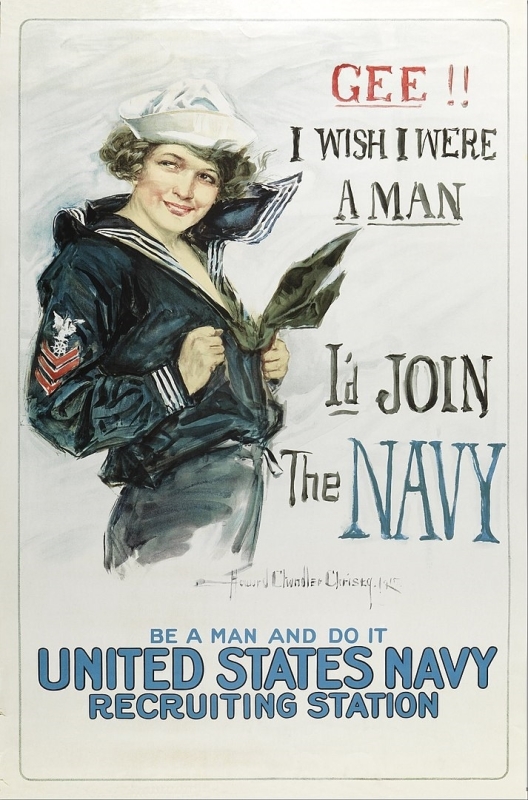 In times of the war, Christy dressed his girls in military uniforms, which was a big step forward in comparison to Gibson's quasi-emancipated birds. Yet, it was a playful masquerade, but still, it looked better than nothing: today, you draw a female wearing a navy uniform, and tomorrow there will be a woman demanding her right to do military service. But even so, the phrase "I wish I were a man" sounds like a trigger for modern feminists. All in all, the woman can join the navy indeed, whereas the man can't give birth to kids. 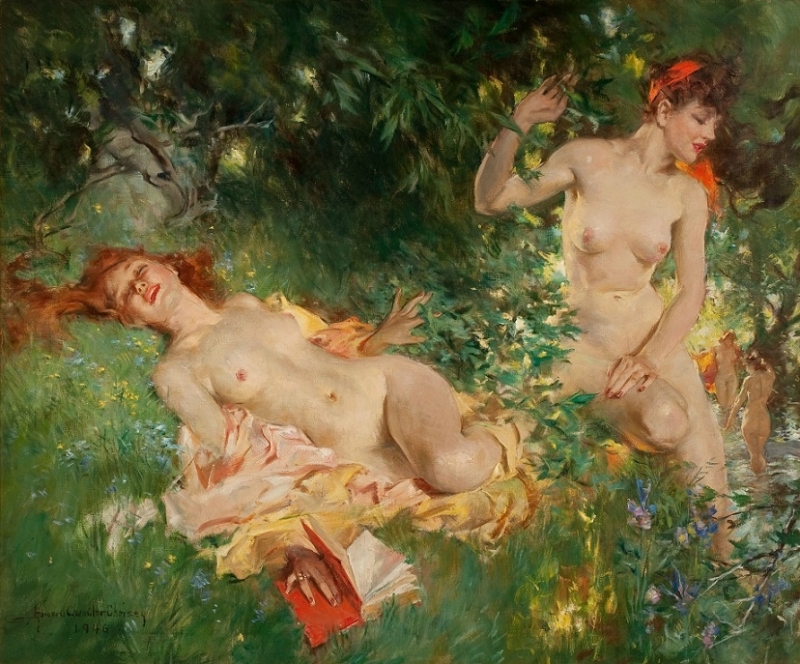 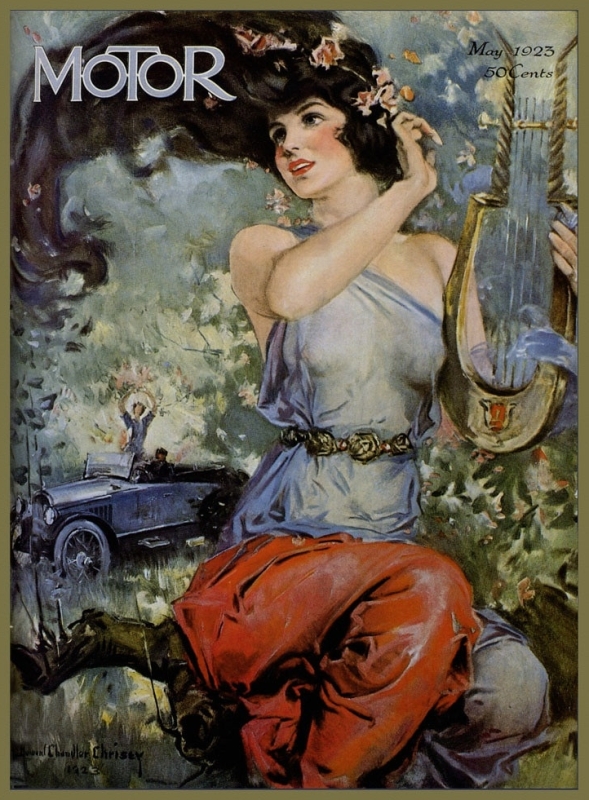 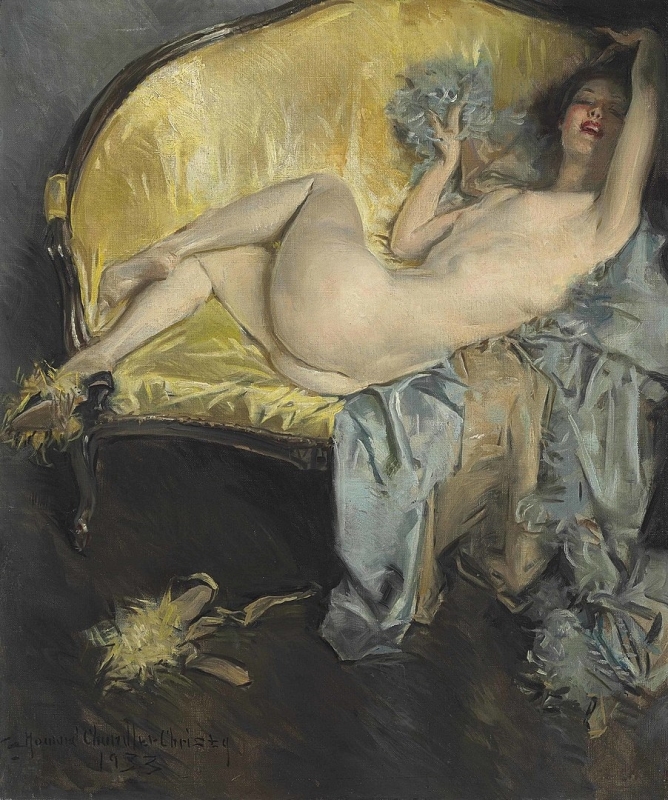 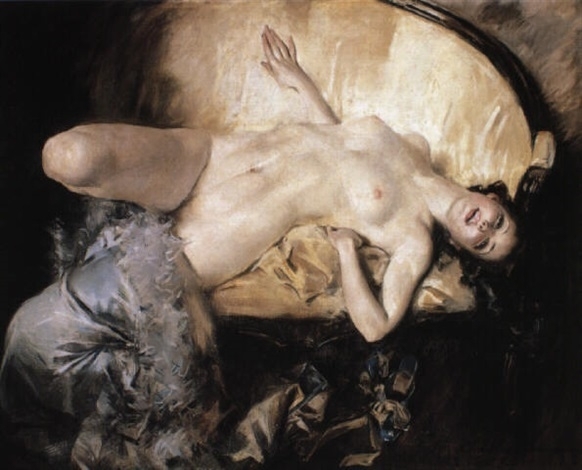 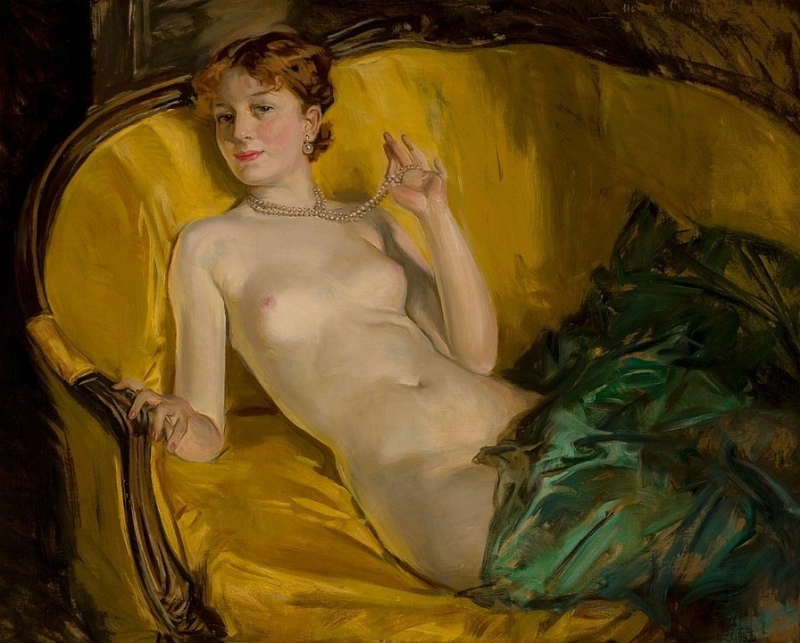 From Masculinity To Femininity

There's an interesting tendency in Christy's biography, which makes him a "universal artist." He achieved prominence documenting battles of the Spanish-American War that happened in 1898. The largest magazines stood in line for his drawings from the battlefield. The emergence of Christy's girl was connected with a military theme because the first painting with this character was entitled The Soldier's Dream. Since that time, Christy was engaged in female fashion trends and even served as the only judge in the inaugural year of the Miss America Pageant in 1921, for which he designed a trophy. By the way, this 'universality' sometimes took peculiar shapes. Christy produced a lot of works in different genres, from the Scene at the Signing of the Constitution of the United States, which is displayed in the Capitol building, to the portrait of Benito Mussolini, though we didn’t find proof on the latter. 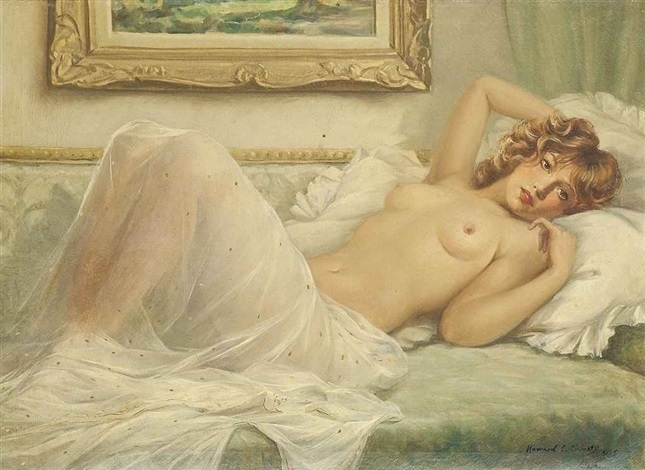 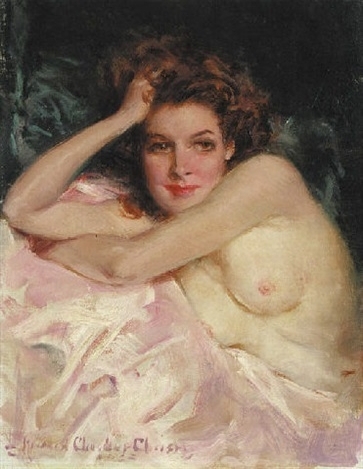 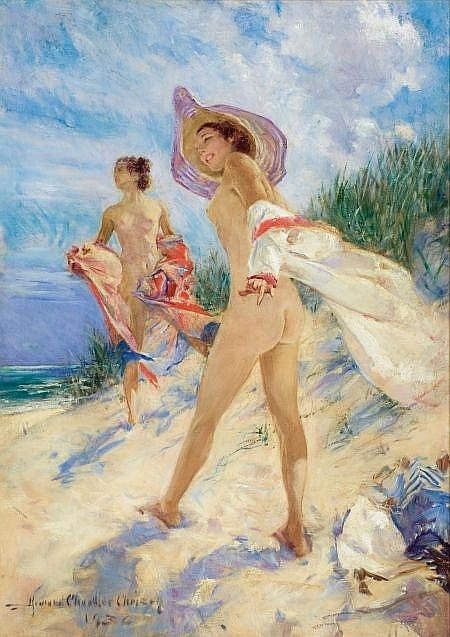 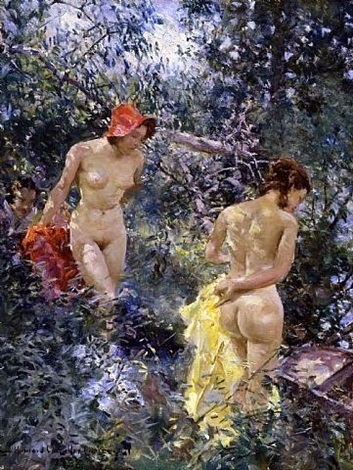 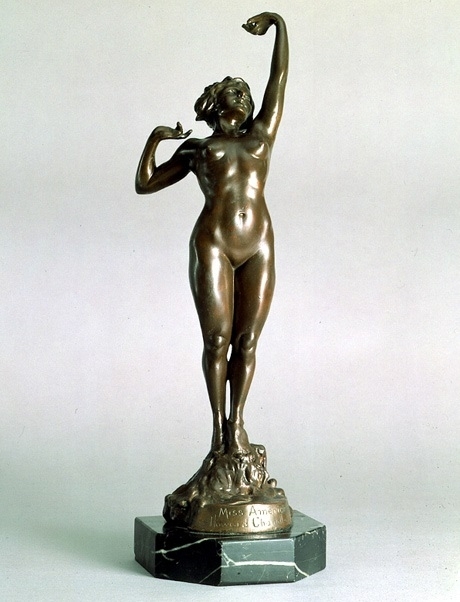 Thanks KSa, we're pleased you enjoy them.