The Art Of Saturno Buttò: Reflecting Upon Eros, Thanatos, And Chronos 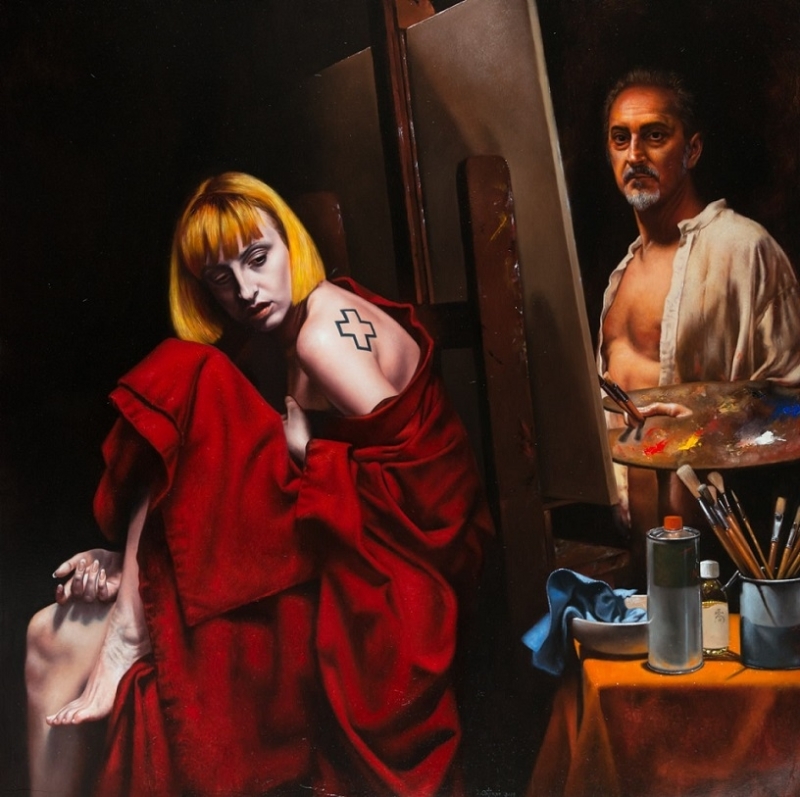 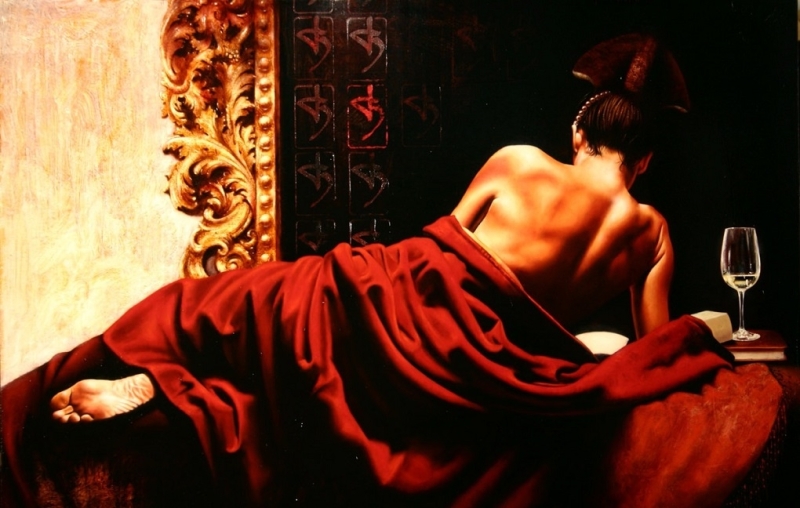 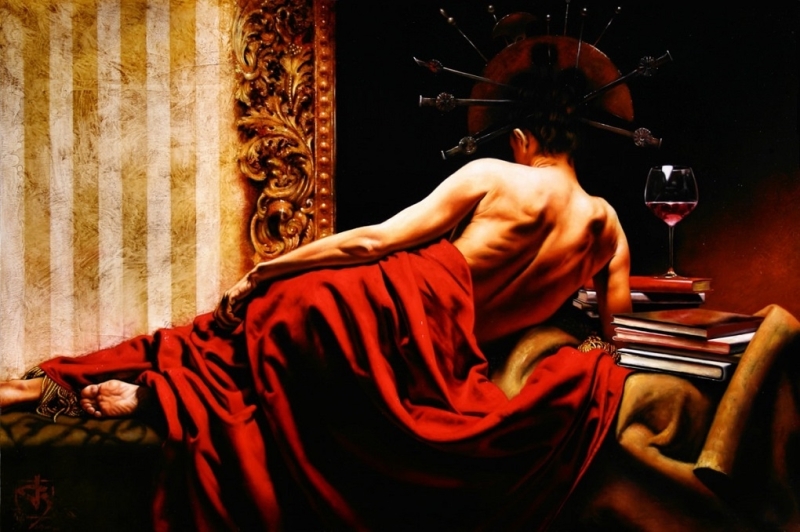 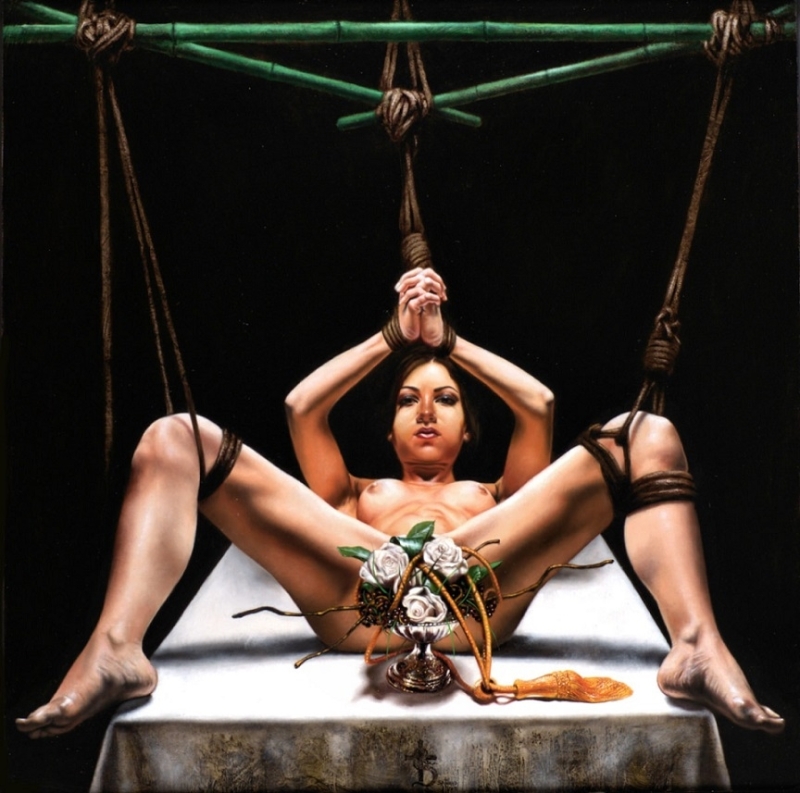 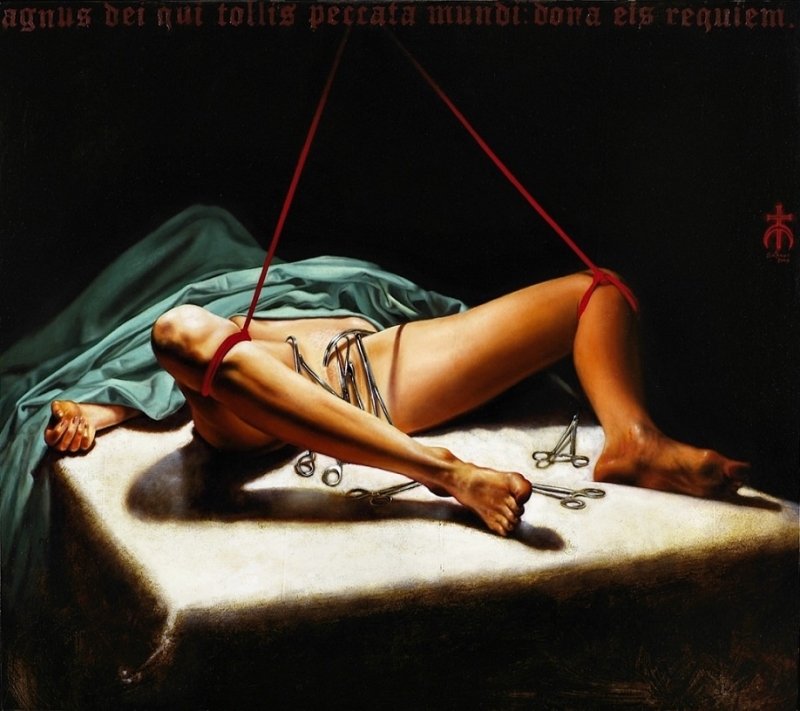 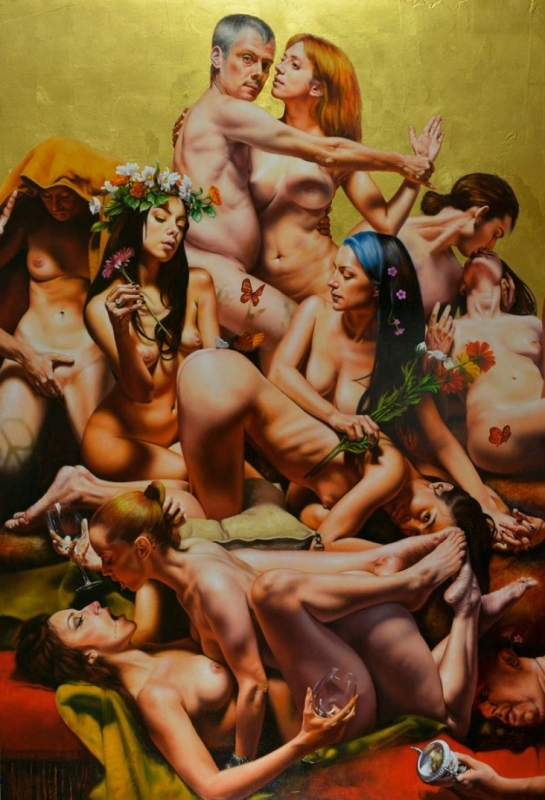 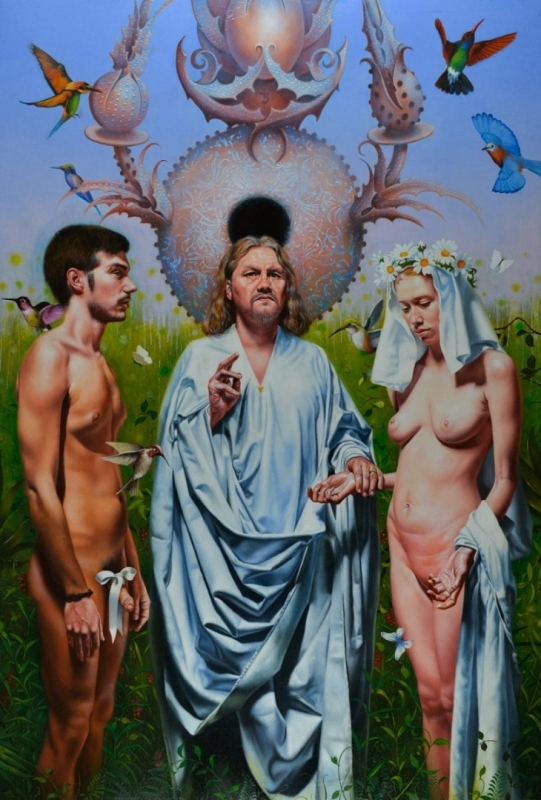 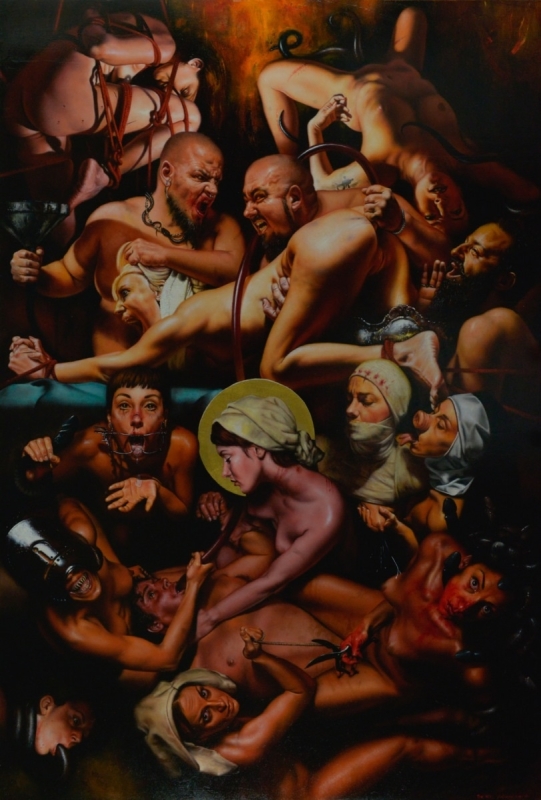 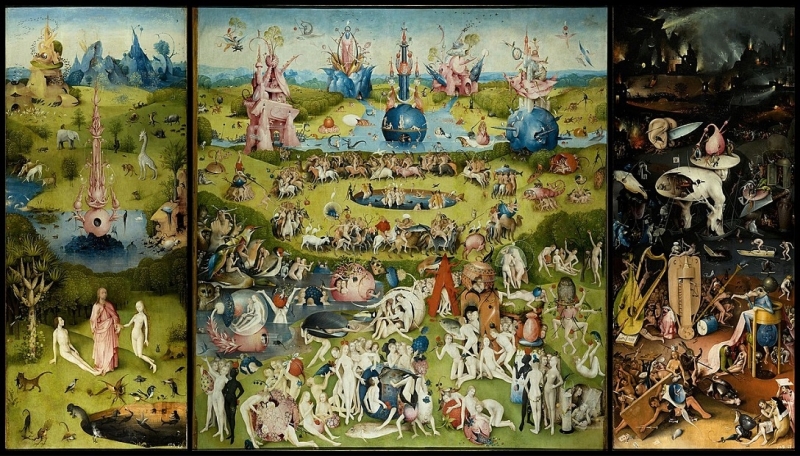 The well-known lamentation of Juliet over Romeo's fateful surname is not the case of Saturno Buttò, whose first name seems to define the conceptual content of his oil images painted on wood. The artist intentionally exploits the rich mythopoetic aura of his name since his signature is a sign of Saturn, and his first portfolio, published in 1993, is entitled Portrayed From Saturn. Buttò's adherence to depicting sadomasochistic torments corresponds with the myth about Saturn/Cronus, who severed his father's phallus, being taught by his mother, Gaia. According to the legend, Gaia plotted with Cronus against Uranus because her spouse threw her ugly children, the hundred-handed Hecatoncheires and one-eyed Cyclopes, in Tartarus. A giant stone sickle is a distant relative of the surgical instruments in the paintings of Buttò, though these sharp tools are applied now majorly to females. 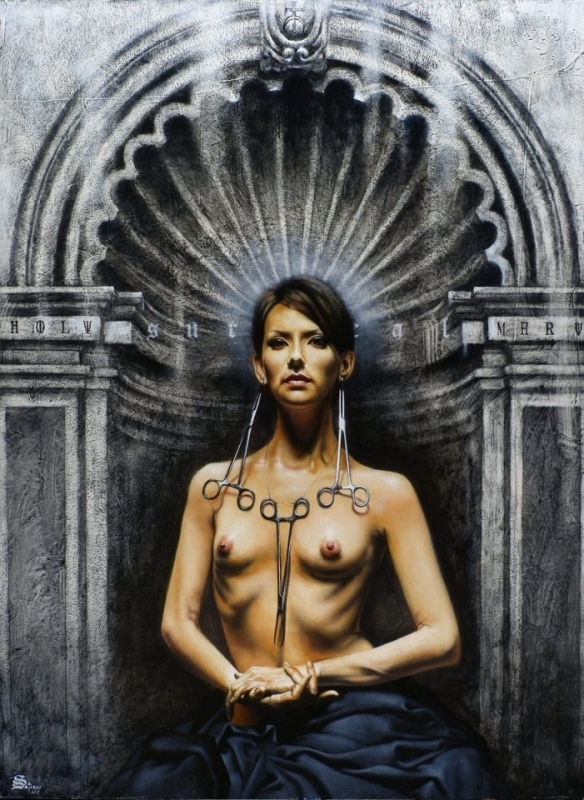 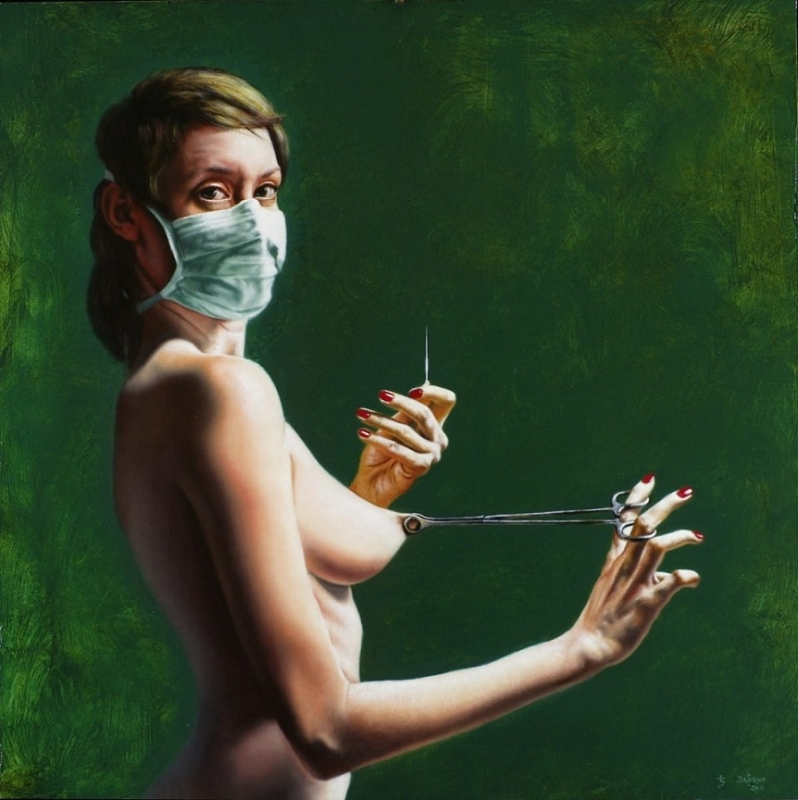 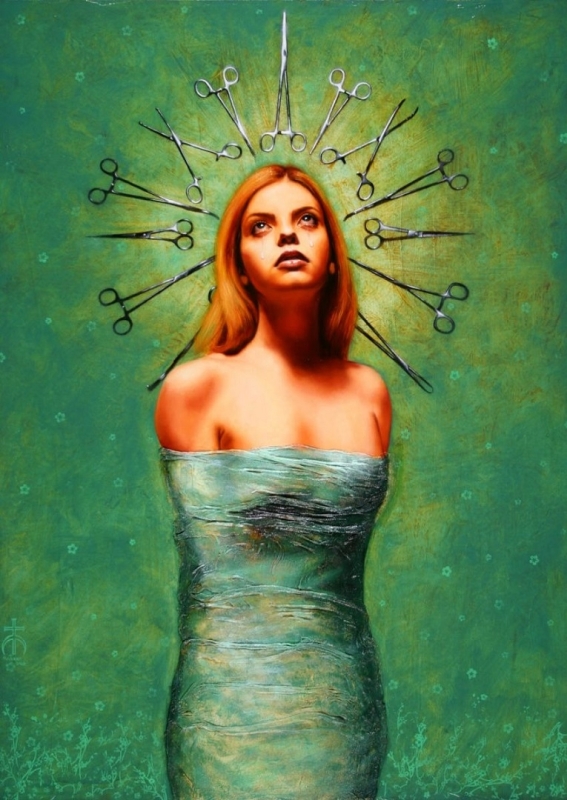 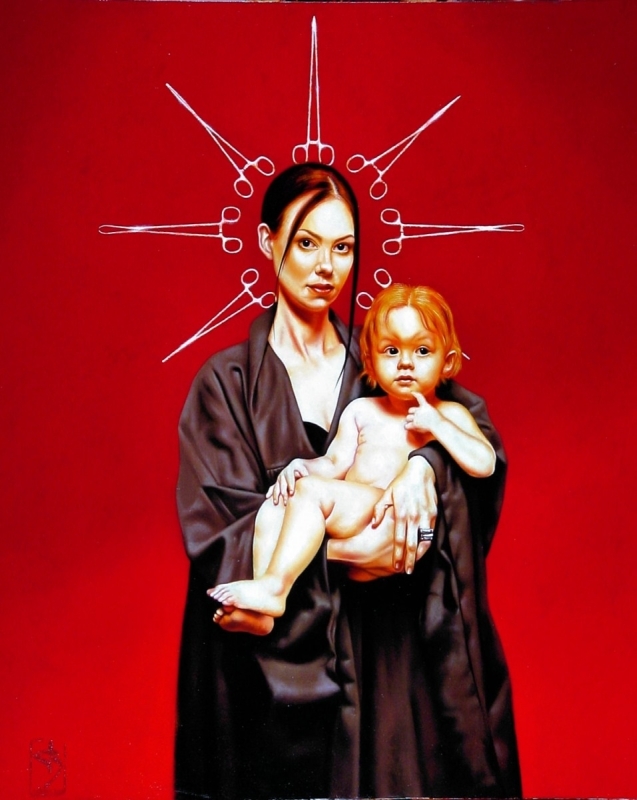 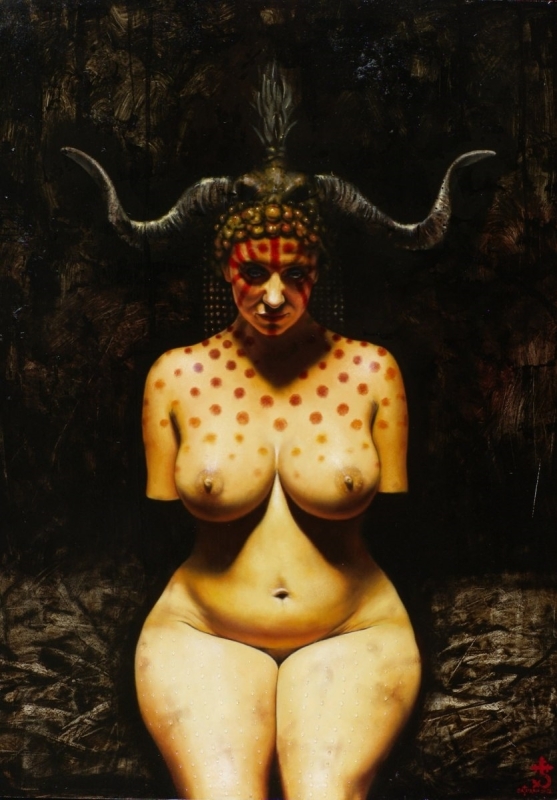 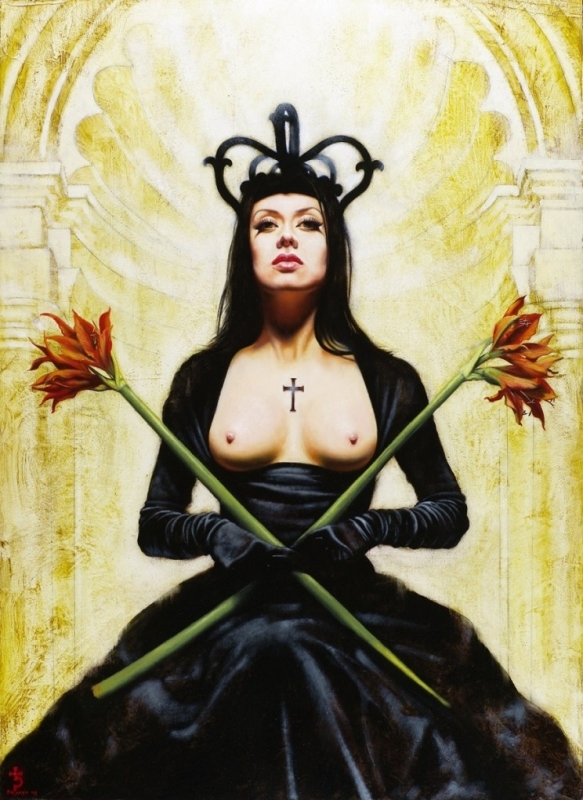 The Dark Side Of Femininity

Reflecting upon Buttò's paintings, the art historian Vera Ernst supposes that their main subject is the cult of Demetra, a Greek goddess of fertility, belonging to the so-called Great Mothers of the world pantheons. On the other hand, it seems that such a wide presence of women in the art of Saturno Buttò can be explained through the specificity of Saturn again, as this god was a typical "mother's son" (he was the only one who agreed to castrate Uranus). Thus, the central goddess, the archetype of all depicted females, is Gaia rather than Saturn's daughter Demetra, though it doesn't change much in terms of concepts. Gaia, as a personification of the earth, is naturally tortured by plows, resembling surgical tools, and by constant birth-giving. The female body, similarly to Gaia's, is a field of violence, which, natural and unnatural, became a source of deviant pleasure due to its' fatal inevitability. Buttò's women wearing surgical clamps make us think not only of the tormented Christian saints but also of the females from ancient tribes with many rings on their necks and the modern martyrs of beauty standards, fighting with time. 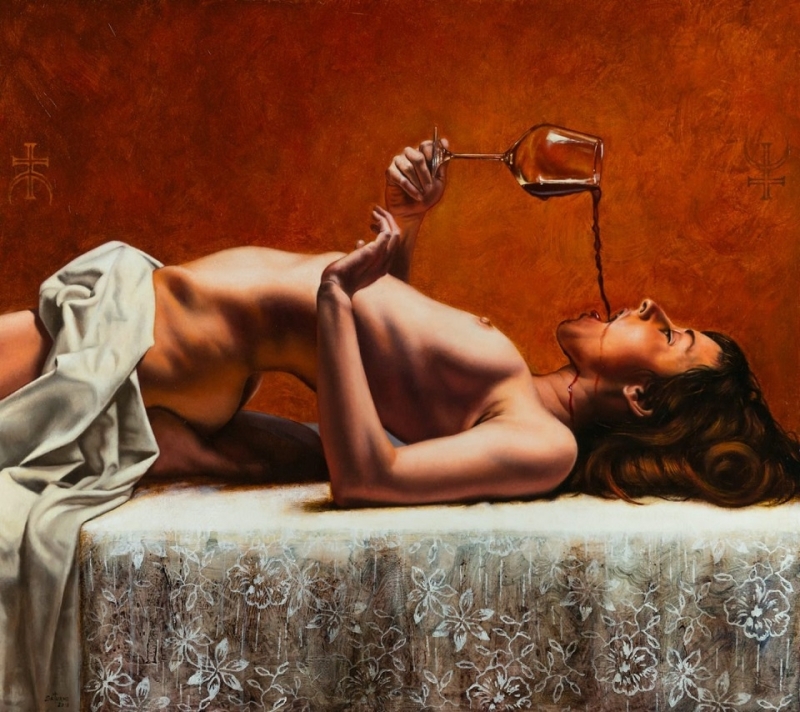 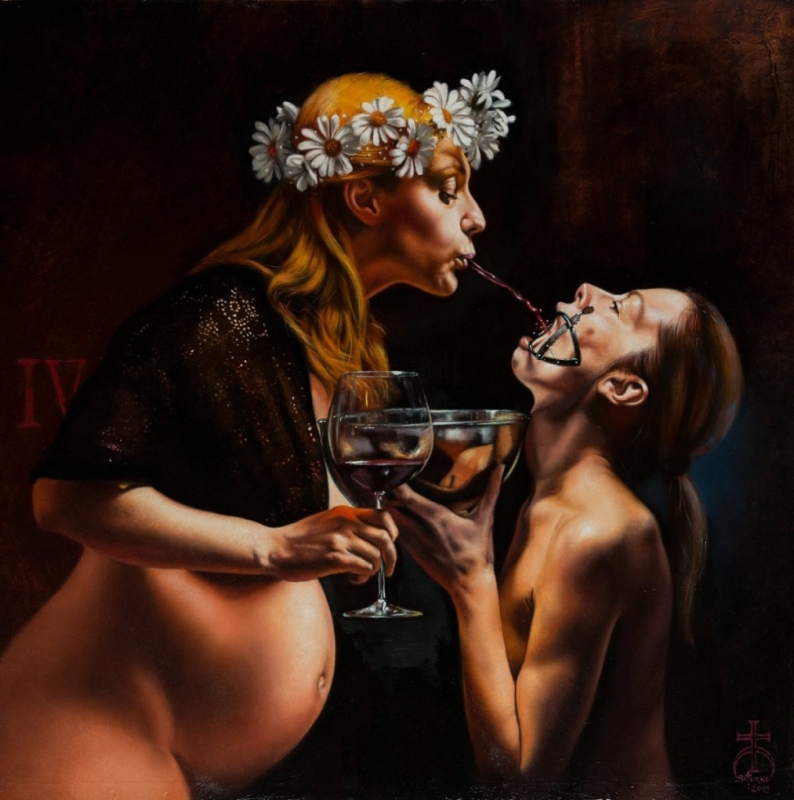 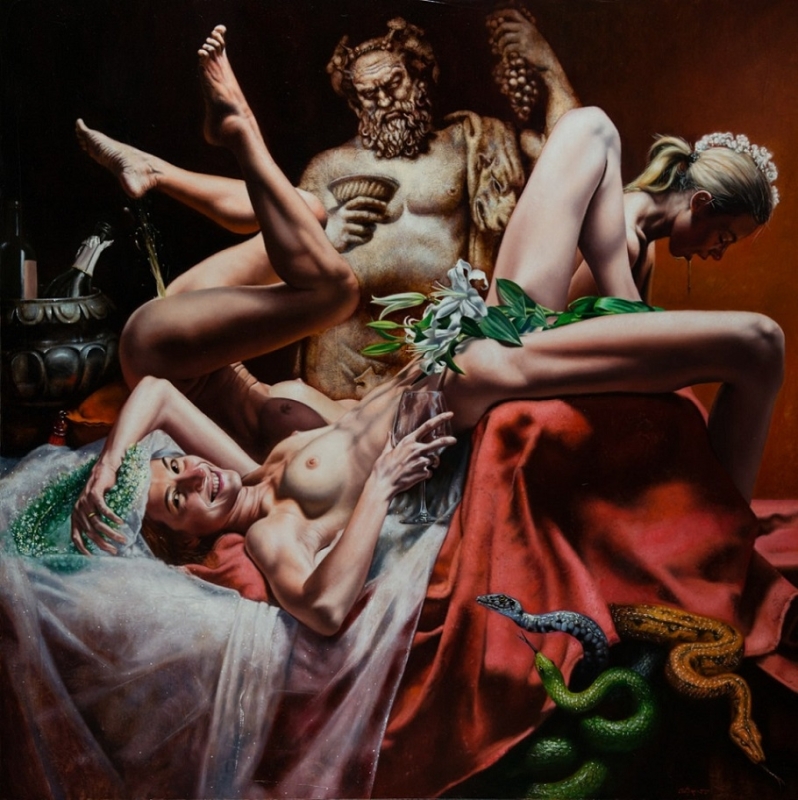 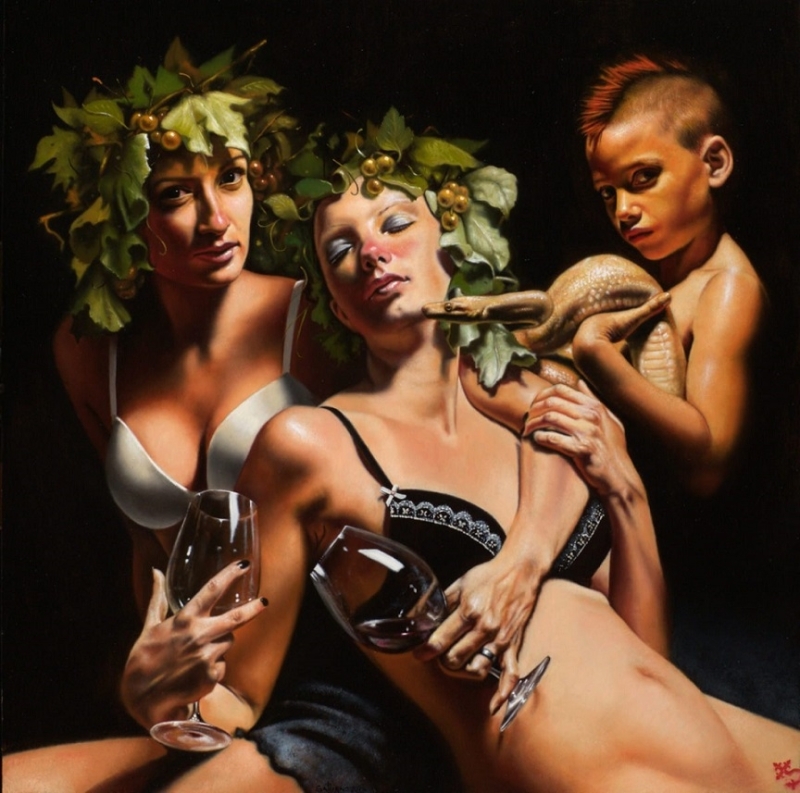 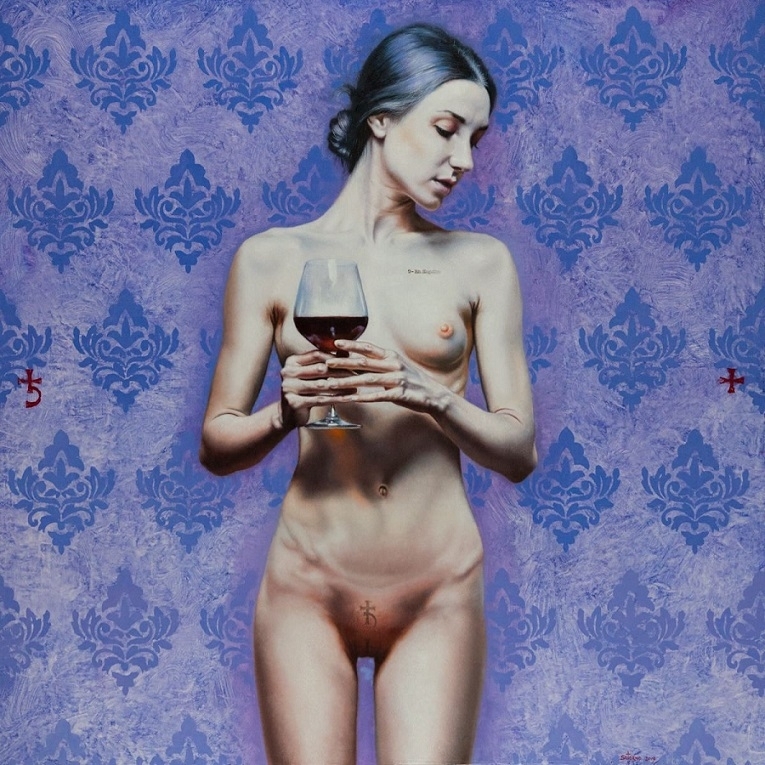 Another important character in Buttò's paintings is Dionysus, the Greek god of wine-making, who was born from Zeus and mortal woman Semele. Interestingly, the name of the woman is close to the word zemlya, which means "earth" in Slavonic languages. This deity, due to its' agrarian function, is connected to the soil and also to drunken women, known as maenads, who initially were nursing him after his birth. Buttò makes wine a frequent attribute of his females. On the one hand, it's a reference to the Greek cult; on the other hand, it's an apparent feature of Christianity. Let's mention that Cronus/Saturn and Dionysus are both gods of farming, and both are associated with the motif of madness. The madness of Saturn relates to the episode when he, afraid of losing power, devours his offspring. Later, Saturnian madness was known as melancholy, a state of creative personalities suspended between divine inspiration and craziness. 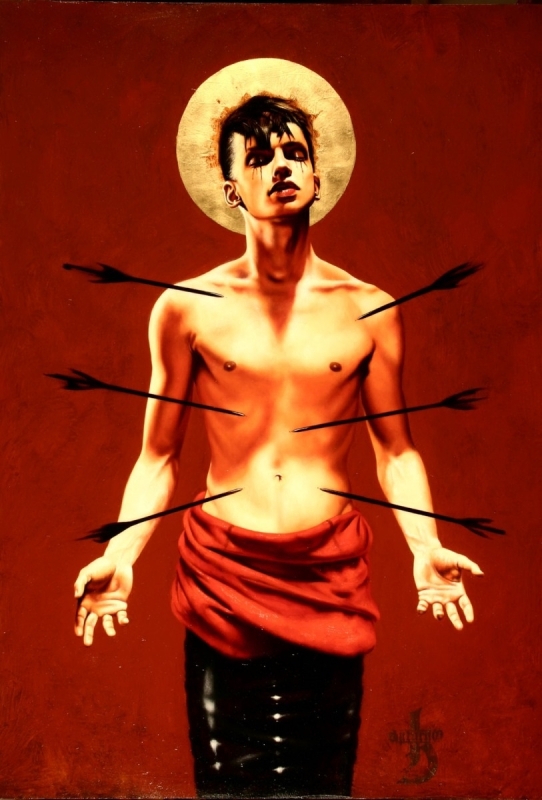 The Premium version of this article contains twice as much content with more on Buttò's depiction of Greek deities, an explanation for the frequent presence of enema in his paintings, the inclusion of bondage, urinating women and 36 additional pics...

What do you think about the mixture of the sacred and the profane in Buttò's art? Leave your reaction in the comment box below...!!

This were selected armour of images and printed EROTICA is specially for adults culture. I liked it.