A notorious gambler, a big drinker, blatant, boisterous, laughing – all hallmarks that apply to Thomas Rowlandson (1756-1827). The hedonistic tendencies of this great British caricaturist are also the ingredients of his extensive body of work. 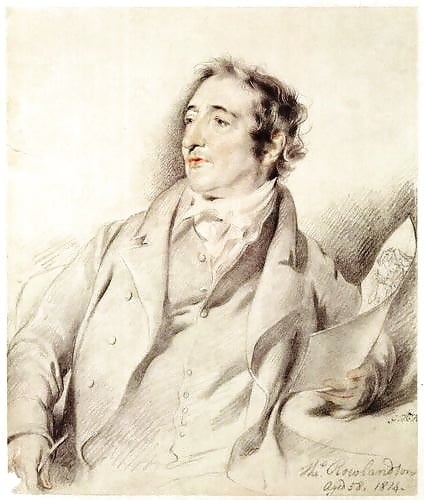 Rowlandson had a troubled youth, his mother died when he was still a child and his father was a doomed investor in trading supplies, frequently on the edge of or into financial disaster. For this reason he spent his early life on the streets where he witnessed public hangings, bull-baiting, cock fights, dog fights, and fist fighting commoners and gentlemen.

This is where he learned to drink beer and gin but also got introduced to some of the graceful and enchanting pleasures of the public gardens, and the refinement of horse racing at Ascot. 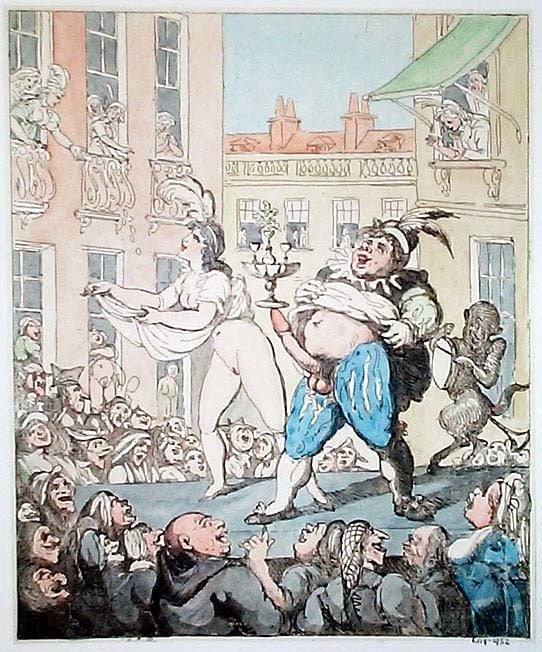 Fig.2. ‘A man and woman perform on a stage in public. The man balances silverware on his erected member and the woman lifts her dress. A little devil provides musical accompaniment.

Although Rowlandson was a very prosperous artist, an excellent technician and a master of drawing, his work was not always of the highest standards. This could have something to do with his somewhat decadent lifestyle (with vast quantities of strong drink and enormous meals) or that he had to pay urgent bills. 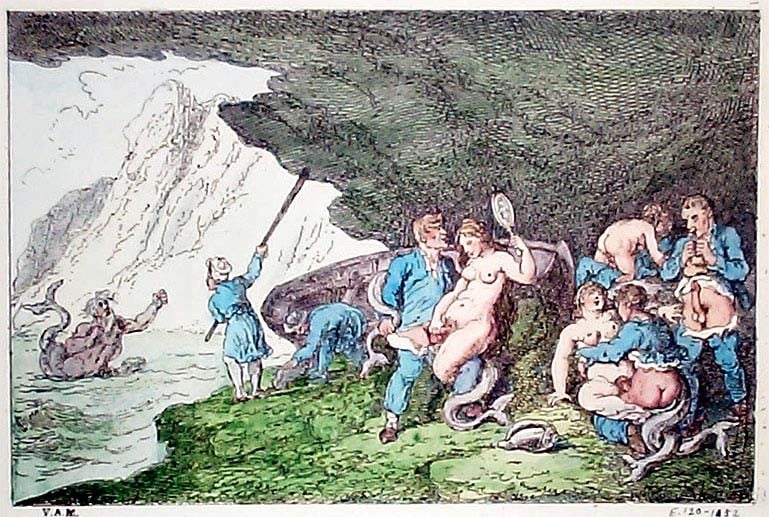 Fig.3. ‘A group of sailors make love to some nymphs in a sea cave. One of them is trying to chase away a merman with a giant erection.’ 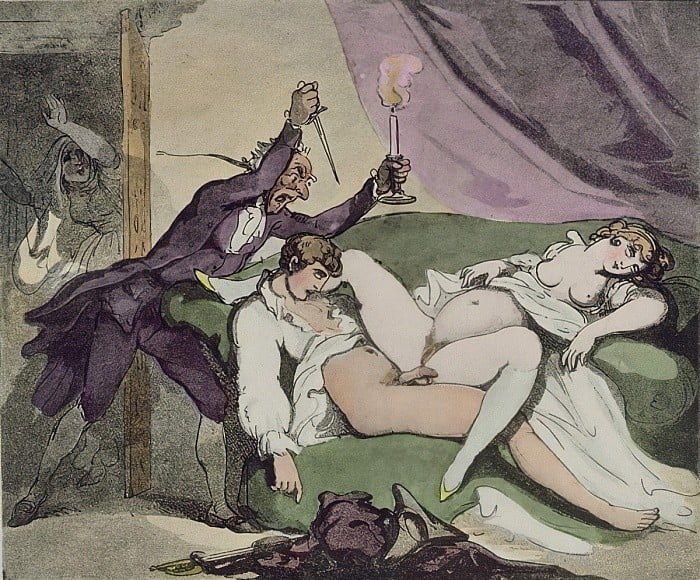 Fig.4. ‘A ferocious old man holding a candlestick and a dagger is about to stab the young man making love to his lover. Is she the daughter of the grumpy old man?‘

But when Rowlandson was at his best his drawings had an immediacy, that breath a robust and fun-inspired lust for life. The English art historian Adolph Paul Oppé (1878-1957) described him as follows:

“He had the eyes to see and the hands to represent, had he so wished; but he had himself neither the emotion nor the sympathy with emotion to allow his figures to produce it by quiet means. He could sometimes raise a laugh without forcing his characters into a grimace, but he had always to make them yell if his representations were to excite horror. All this is what makes him so good, at times so consummate a draughtsman.” 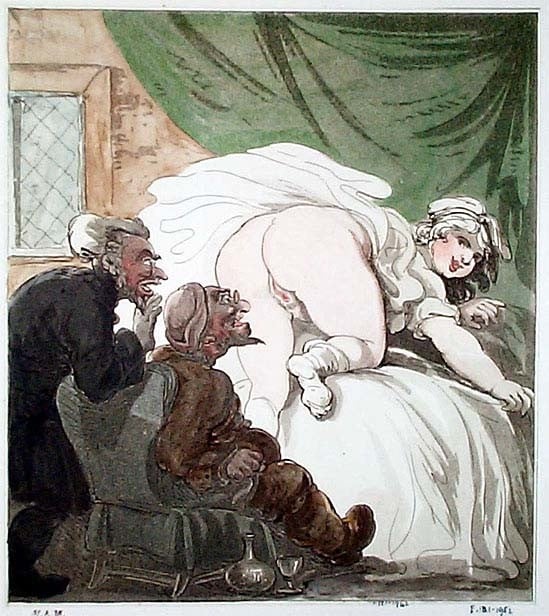 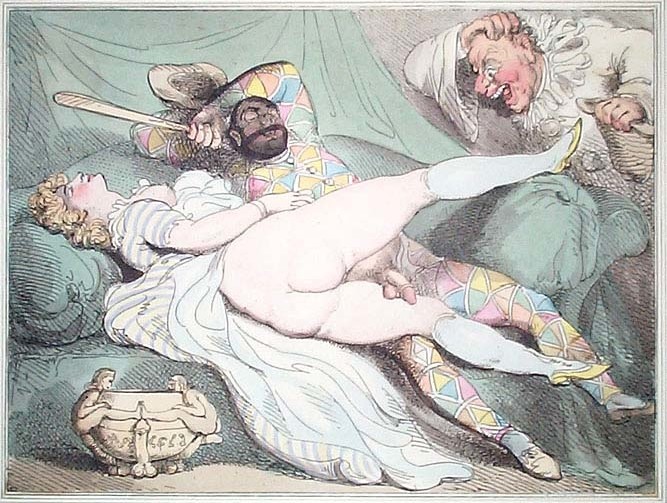 Fig.6. ‘A man catches his wife who is having sex with a jester. The harlequin is about to hit him with a club. The brass kettle underneath the couple displays a nude couple sitting on the phallus-shaped handles.’ 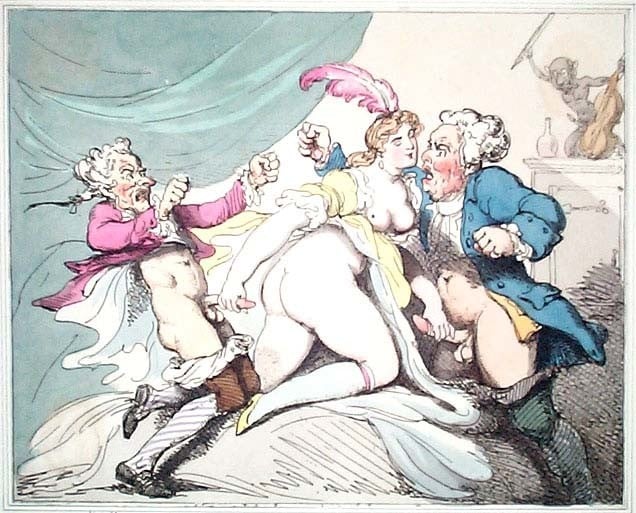 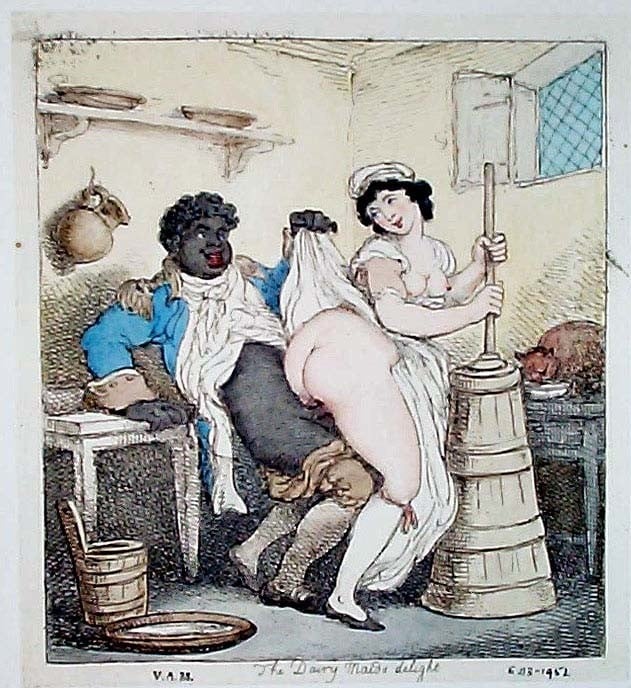 Fig.8. ‘The Dairy Maids Delight’ (c.1800).  A white woman is sitting on the lap of a black soldier while churning milk.’ 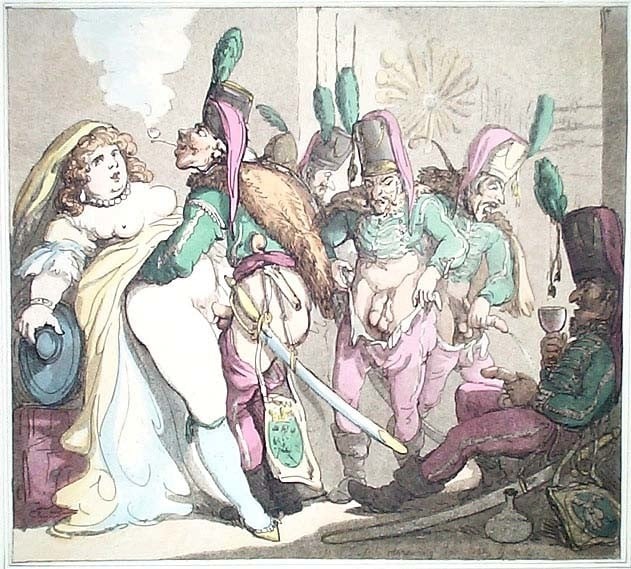 Fig.9. ‘The empress of Russia, Catherine the Great uses her own unique method of reviewing her troop of Hussars, whom she employed as bodyguards. One of them in the background has a toilet break.’ 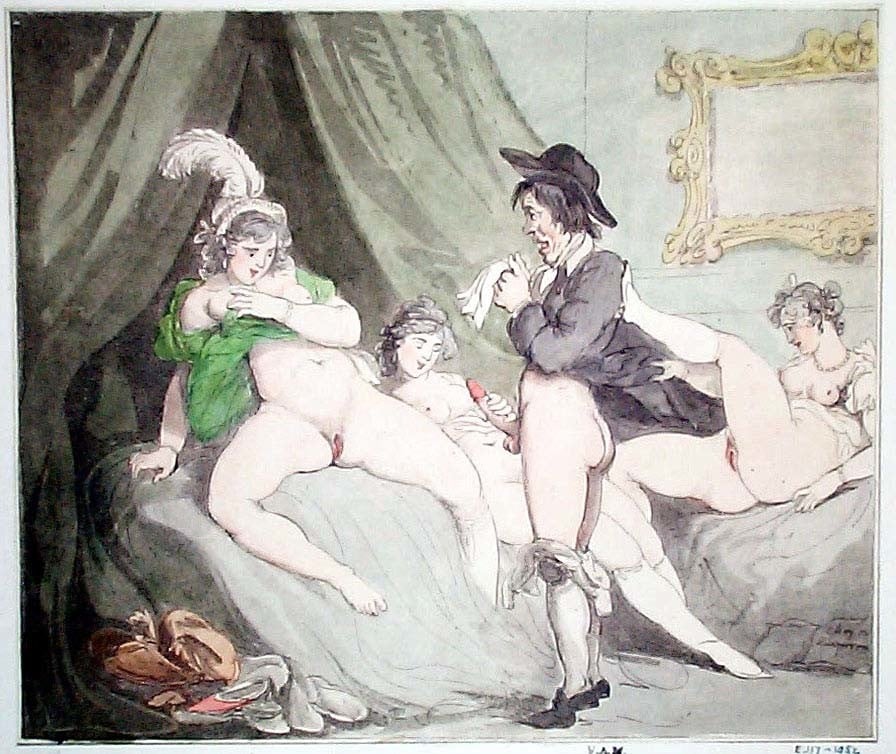 Fig.10. ‘Three courtesans amuse themselves with a shy client‘ 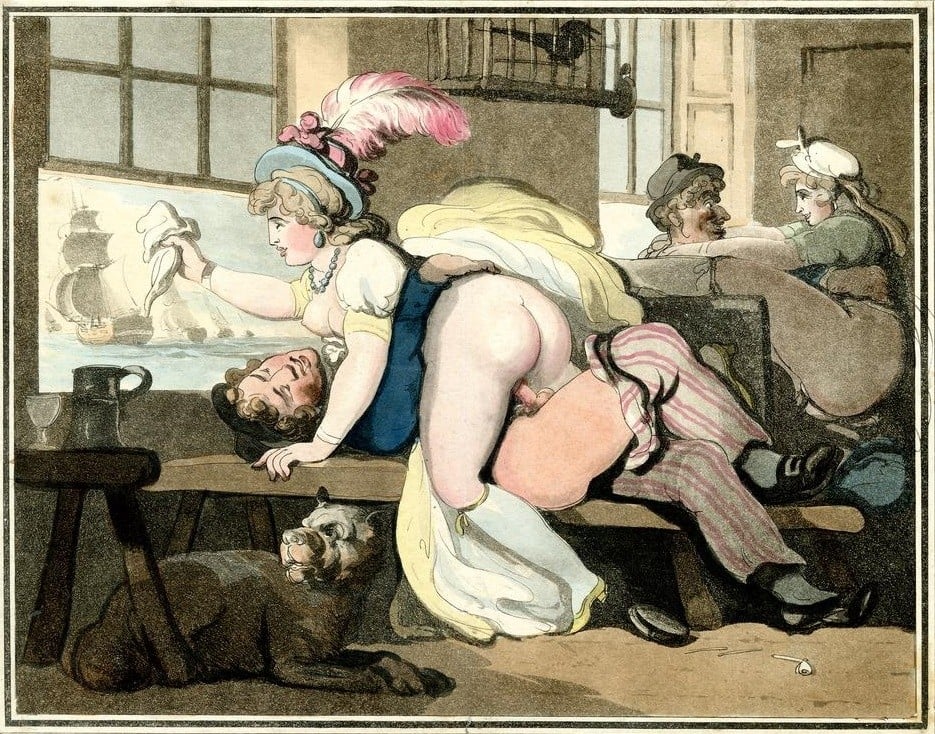 Fig.11. ‘A young female sporting a feathered hat makes love to a sailor lying on a bench. She is leaning forward while waving to a departing ship through a window. Another couple behind them by a window are also engaged in the act of lovemaking. In the foreground to left, a large dog and table with a tankard and glass; above, a caged bird‘ (Source: British Museum) 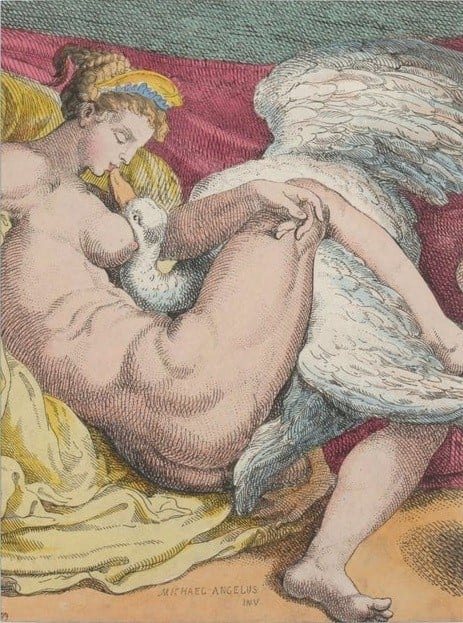 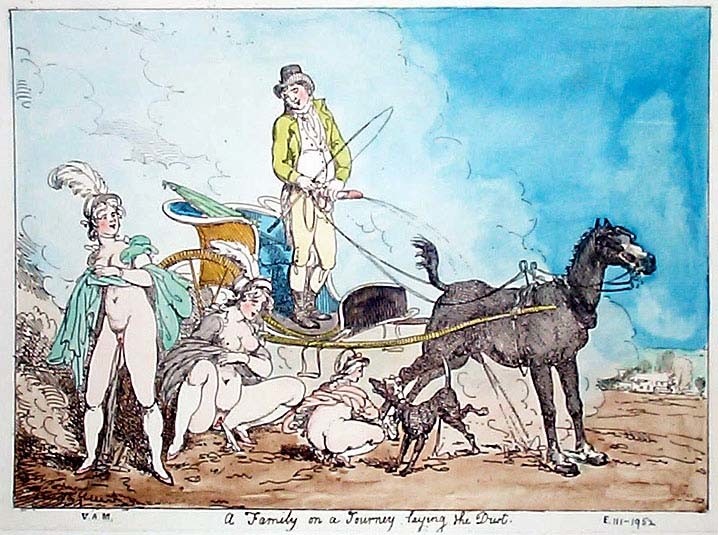 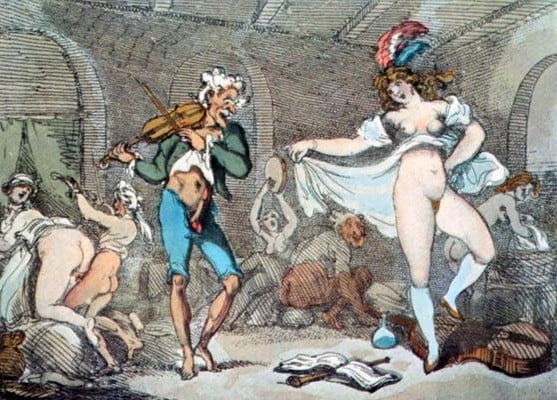 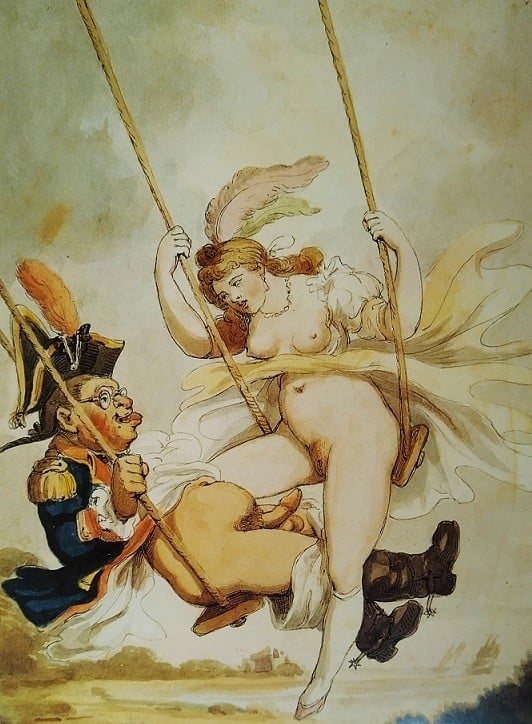 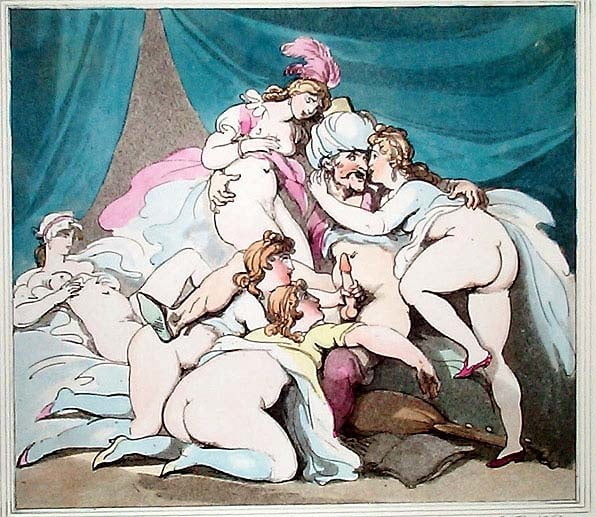 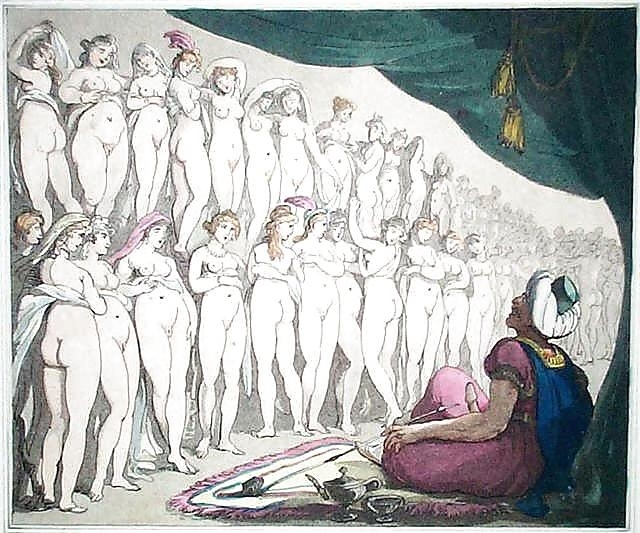 Fig.16. ‘Aroused man with turban watching the women he wished for by means of a magic lamp‘ 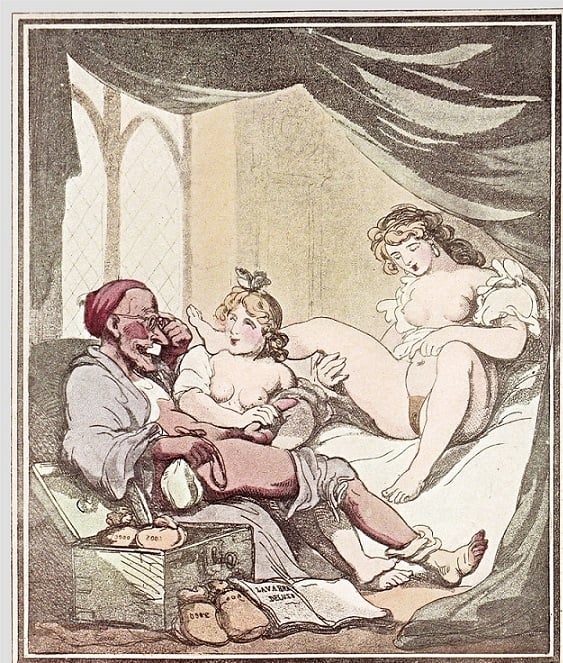 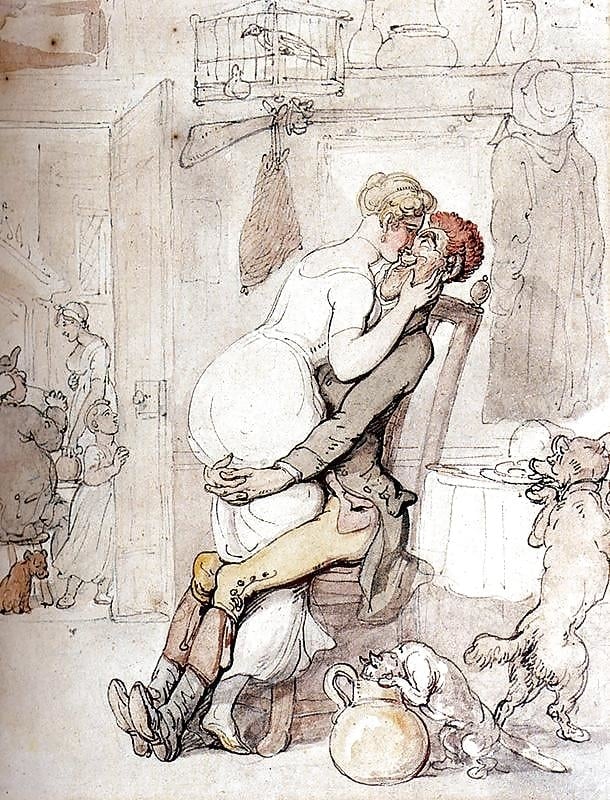 Fig.18. ‘A hunter with red hair is having fun with his lover in the kitchen while his dogs feast on the food‘ 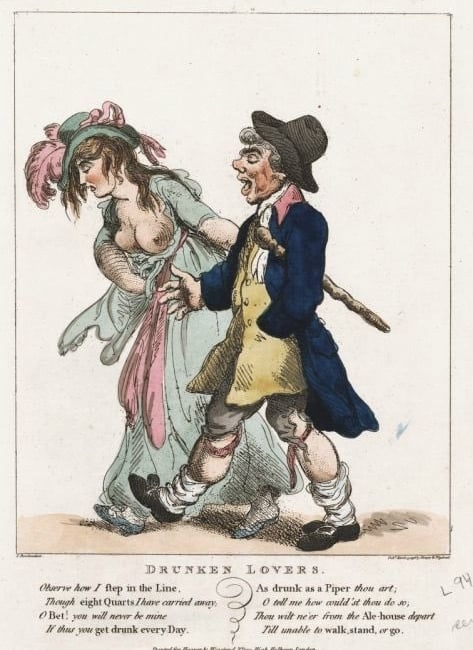 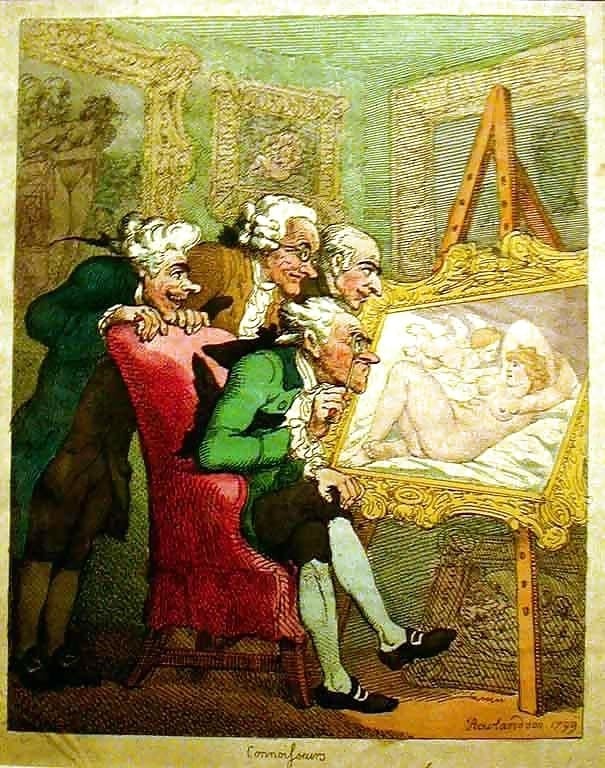 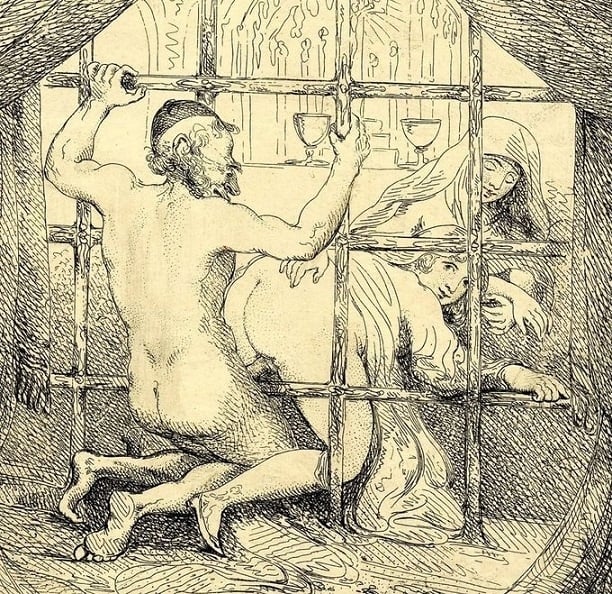 Fig.21. ‘Nude preacher making love to a nun through the bars‘ 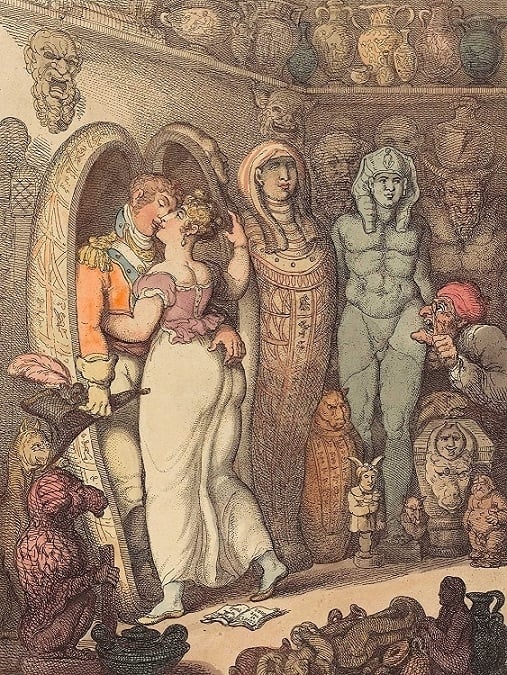 Fig.22. ‘In a classical antiques store, a young female embraces an army officer, who draws her into a sarcophagus. The elderly store owner inspects a mummy cases using a monocle. On the floor an open book reads: “Loves of the Gods, embell’d with Cuts‘ (c.1811) 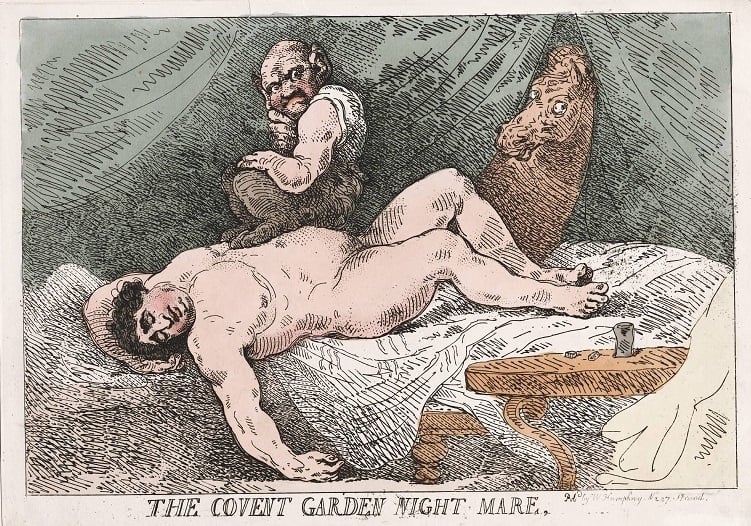 This satirical etching (Fig.23) is a parody of ‘The Nightmare‘ (1781) by Fuseli. In Rowlandson’s adaptation the woman is replaced by the politician Charles James Fox, who is lying nude, prone on a low bed. One arm is hanging to the floor while the other is above his head. On his breast sits a demon, while a horse with wide-open eyeballs puts its head through draped curtains. The horse, the demon, and the general arrangement are closely copied from Fuseli, in reverse; but the burly nudity of Fox is in complete contrast with his elegant female in pseudo-classical draperies. In Fuseli’s picture is a circular table of classical shape on which are toilet bottles, &c.; on the smaller table beside Fox are a dice-box and dice. [Source: British Museum] 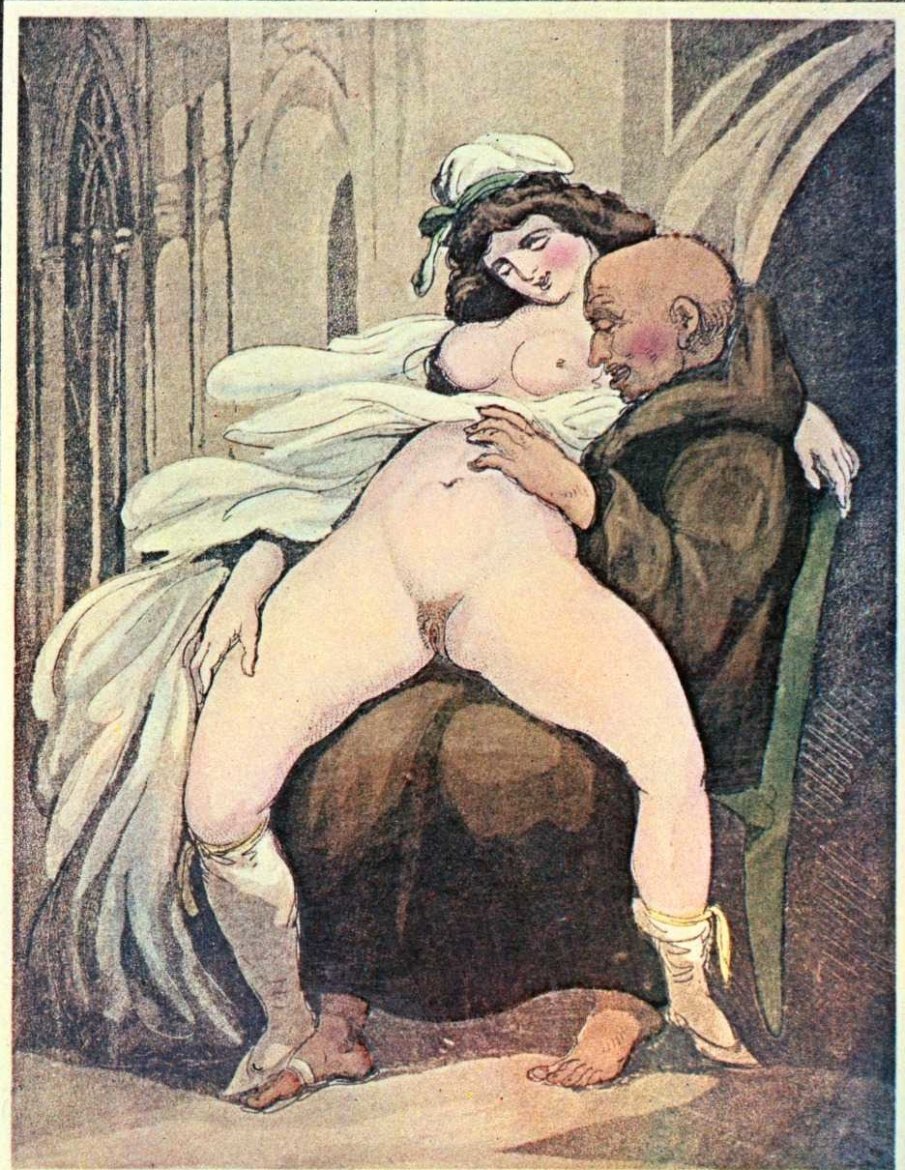 For an extensive description on the work and life of Thomas Rowlandson I highly recommend Kurt von Meier’s site…!

Do you think Rowlandson’s erotica is an interesting topic for our site? Leave your advice in the comment box below…!!

Rowlsndson’s erotica is certainly worth being on this site. Love the enjoyment shown by all the participants.

Thanks Terry. I am pleased you like it. We'll be adding a lot more of this kind of content on his contemporaries in the near future...!!

Absolutely. Just what this site needs. Clear well defined drawings with colour and action and with no misunderstandings.

Thanks again Terry, will be done!