Bishamonten is a much loved Japanese god, the god of fortune in war and battle, as well as being a god of authority and dignity, although not quite official!  Bishamonten is of Hindu origin, where he came from the Hindu god Kubera, was also known as Vaisravana, and was adopted by the Japanese with much love and respect.

Bishamonten is a rule bound god and will protect those who follow the rules, listen to authority and behave with dignity.  Having his image in your home, or on your person, is a way to always remember where you have come from and who you hope to be.  He acts as a protector, not just of people, but of holy sites too, often to be found in shrines throughout Japan.  He will fight against evil spirits and will keep evil spirits out of your home.

Bishamonten is very often seen with a hoop of fire, often a signal for war and the success one can have in battle.  There is no fear when one is around Bishamonten or in the presence of Bishamonten. 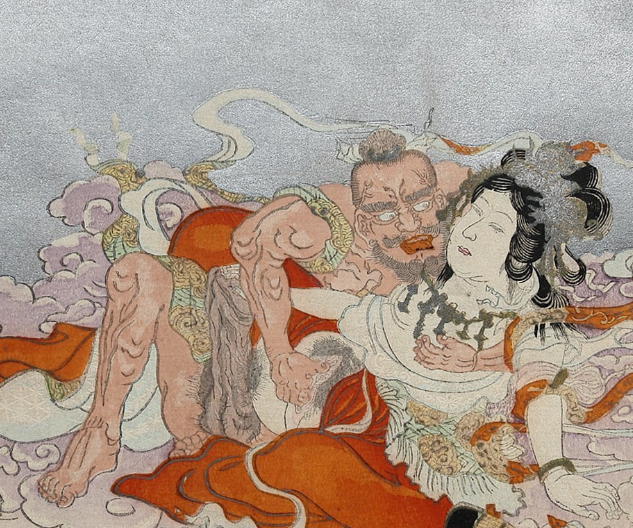