In 1906, nine years after its first edition, the book The War of the Worlds, by H. G. Wells, had received another edition among the many it already had. The difference is that this new edition didn’t come with the illustrations by the British artist Warwich Goble, who had illustrated the first edition, but with those of a Brazilian artist named Henrique Alvim Corrêa (Fig.1). Fig.1. Illustration for The War of the Worlds, by H. G. Wells

But who was Henrique Alvim Corrêa?

Henrique Alvim Corrêa was born in Rio de Janeiro, in 1876, and died in Brussels, in 1910. In 1892, right after the proclamation of the Republic of Brazil, at the age of 16, Henrique left for Europe. In 1903, he sets himself a challenge: to make a series of illustrations from the classic The War of the Worlds. With the authorization of H. G. Wells, Henrique produces 132 illustrations for the book. 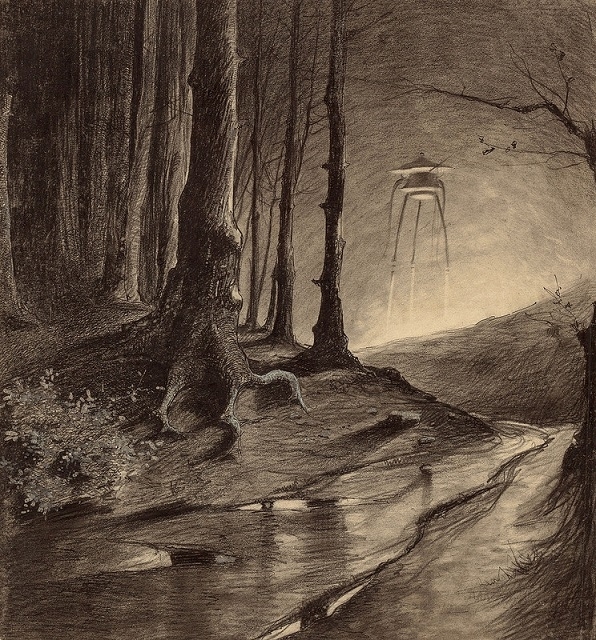 Fig.2. Illustration for The War of the Worlds, by H. G. Wells

The War of the Worlds 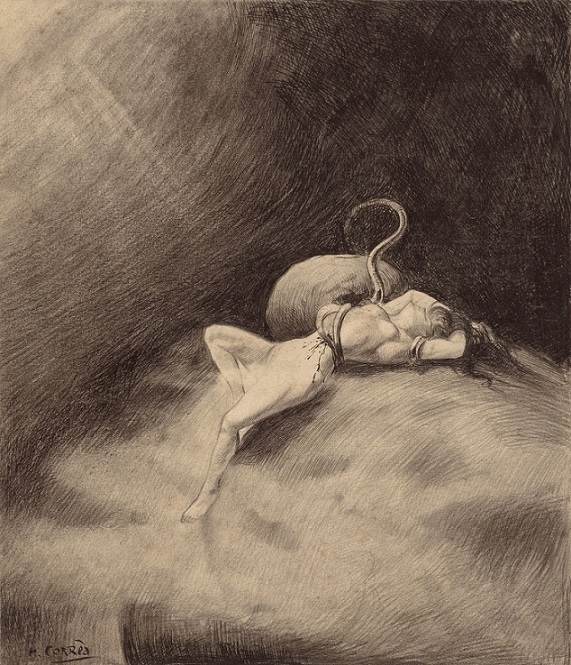 Fig.3. Illustration for The War of the Worlds, by H. G. Wells 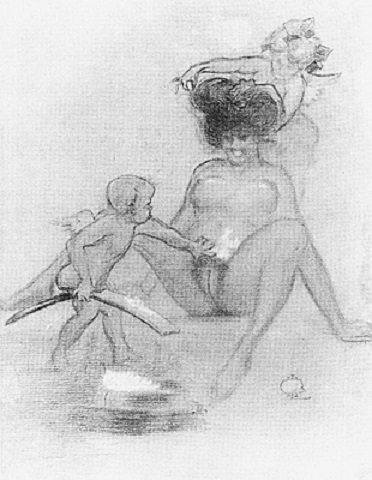 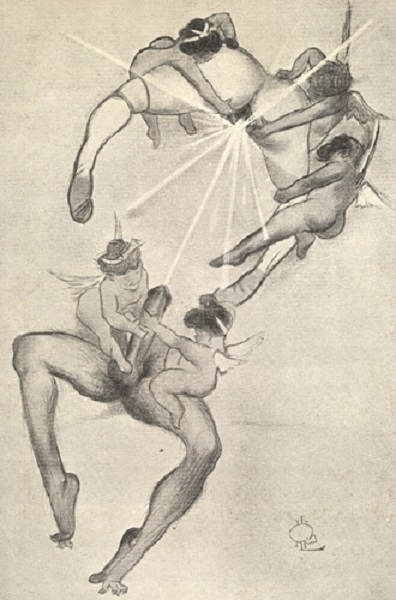 In one of his most striking engravings, we have, sitting on a penis whose tip is a skull, a woman having oral sex with an angel (Fig.6), in a situation that recalls Bataille’s notion of the profane and sacred: “From eroticism it’s possible to say that it is the approval of life even in death”. In another engraving (Fig.7), continuing this theme, the artist exhibits a variation of the death and the maiden, again using the play between light and shadow. 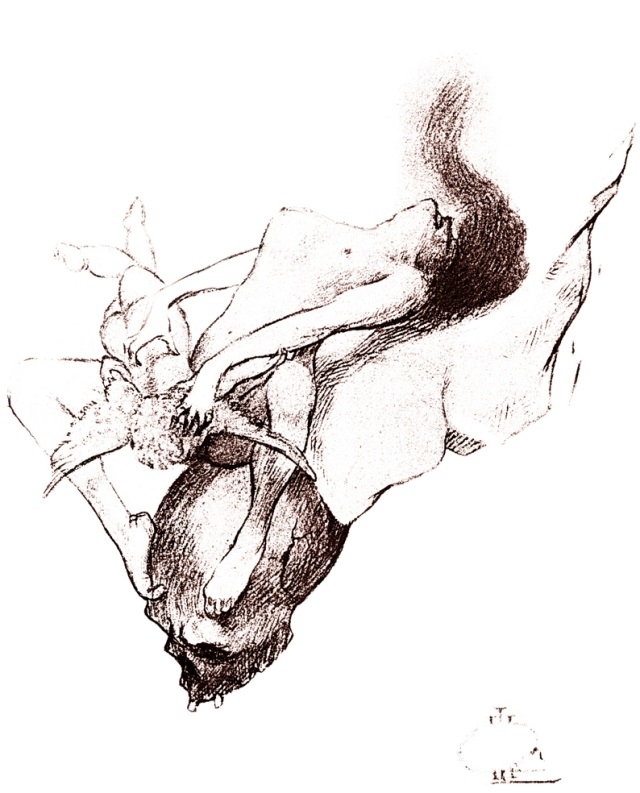 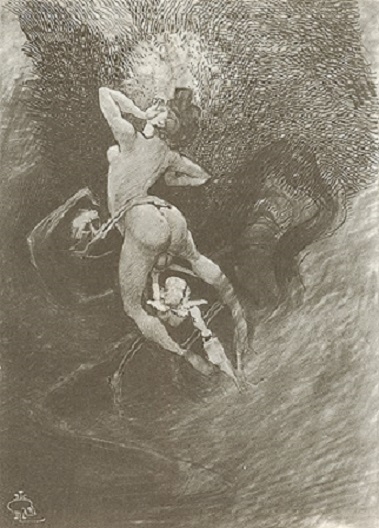 Produced under the pseudonym HL, Henrique Alvim Corrêa will also explore social behaviors, such as representing a couple copulating in front of their own daughter (Fig.8), which resemble some shunga images, for example, Couple and kids under mosquito net (c.1800), from Kitagawa Utamaro, or by subtly exposing the shameless behavior of a cleric on the beach (Fig.9). Among the various erotic images that Henrique Alvim Corrêa created, one stands out as a work that could well belong to the series that he made for The War of the Worlds or be a reinterpretation of The Dream of the Fisherman’s Wife, from Hokusai, since we see a woman, whose legs are tentacles, attacking a male figure. In a way, this image can be interpreted as an emblem of the work of Henrique Alvim Corrêa, at the moment when death, violence and sex are unified by the absurdity that is the very human condition. 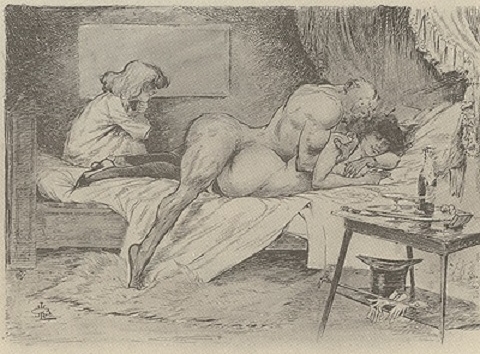 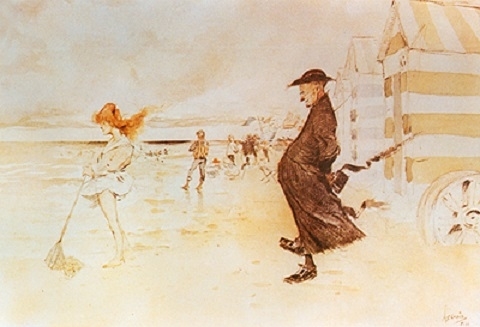 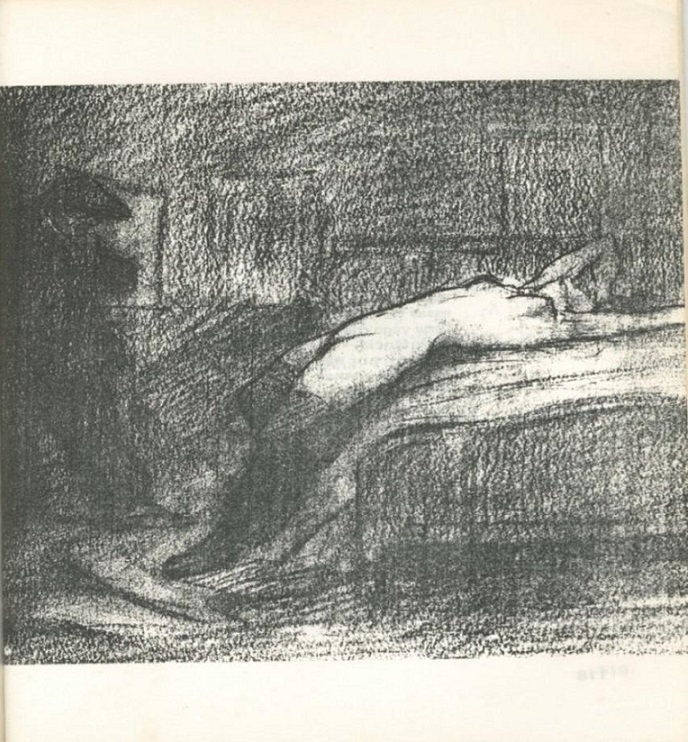 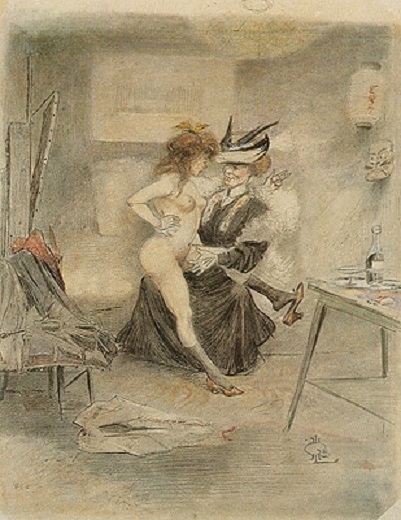 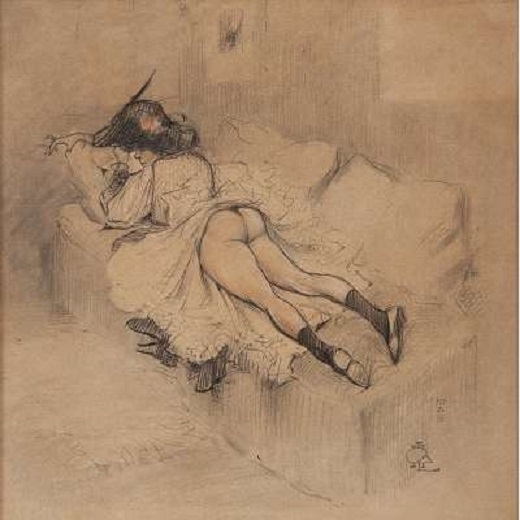 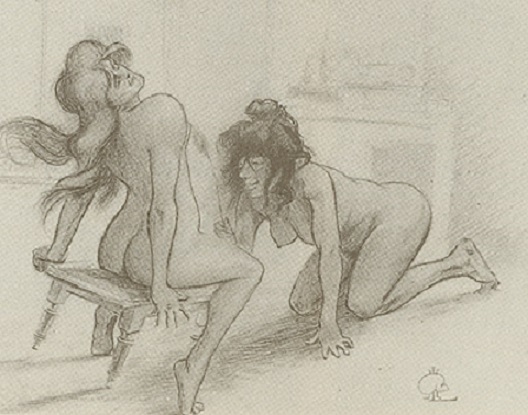 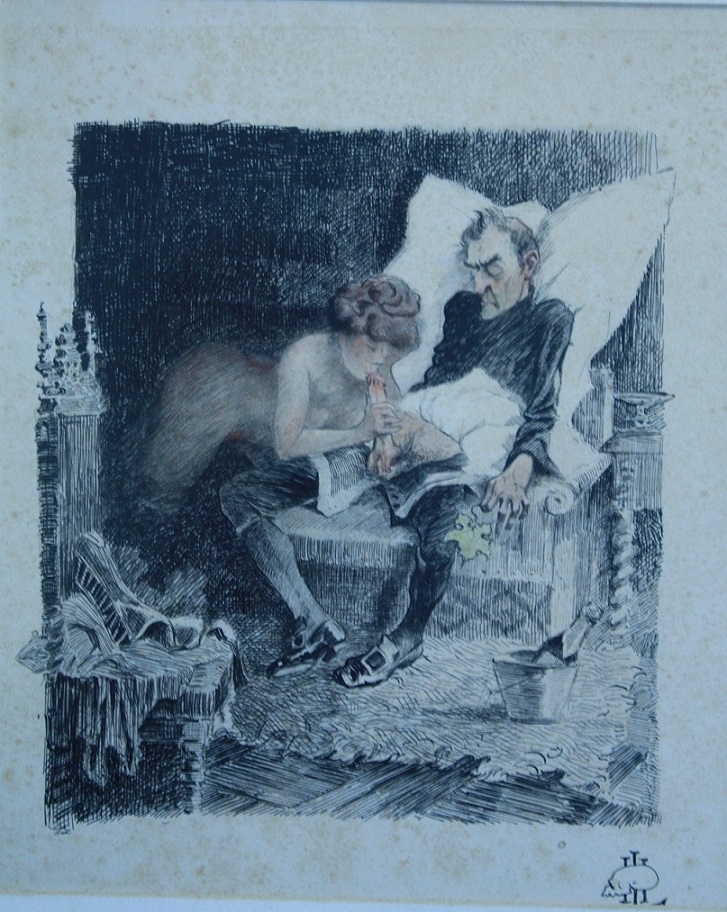 Click HERE and check out a profound article on Hokusai’s The Dream of the Fisherman’s Wife (130+ mesmerizing pics!)

What do you think about this article? Leave your reaction in the comment box below…!!

Forgotten Paradises: the Sovereignty of Sex in Lost Girls, by Alan Moore and Melinda Gebbie
24 december 2021

George Barbier: The Quintessence of Art Deco Tracing Back to Shunga
18 augustus 2021

Thank you for the article! Speaking of profane and sacred, I think sex can't be regarded as profane because it's connected with fertility, life, and death, the elements of every religion, from pagan cults to Christianity, where its' sacral status is supported by many taboos surrounding eroticism. Fig. 4. with grooming contains a widespread Renaissance and Rococo motif involving putti, small cupids, ("Toilet of Venus" by Boucher (1751) or Carracci's engraving from his "Lascivie" series depicting a putto who's trimming nymph's toenails).

Thanks Daria for the comments. Regarding sex being sacred, in Erotism Death and Sensuality, Bataille differentiates the uses it has in Christianity from those practiced by polytheistic religions. According to him: “The principle of profanation is the use of the sacred for profane purposes. Even in the heart of paganism uncleanness could result from contact with something impure. But only in Christianity did the existence of the impure world become a profanation in itself. The profanation resided in the fact that it existed, even if pure things were not themselves sullied. The original contrast between the sacred and the profane world subsided into the background with the coming of Christianity”. Bataille is concerned with making this differentiation, because sex is on the edge between the sacred world and the profane world, when it’s conditioned by rules or simply when it becomes transgression.